As usual, we start with the founder and her house. It looks like a barn, because we are broke. 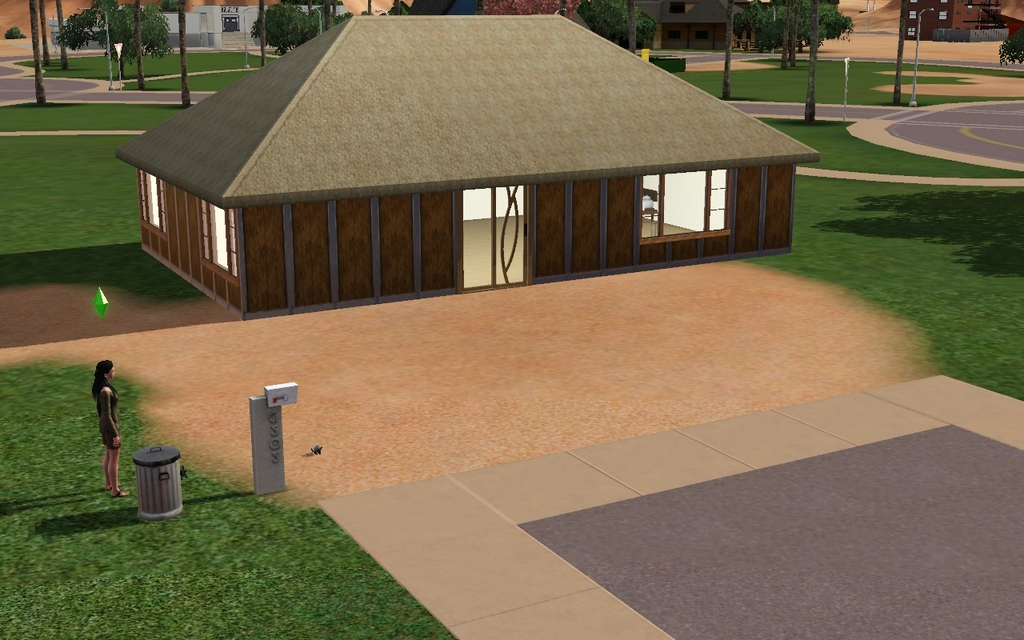 But at least she´s got a great view. 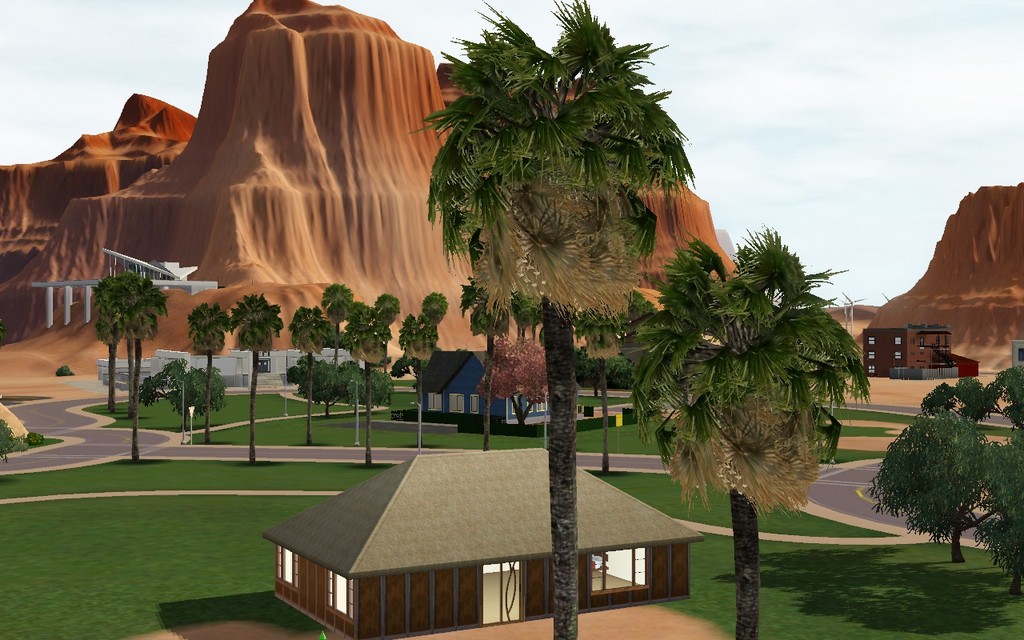 We are in Lucky Palmy by the way. 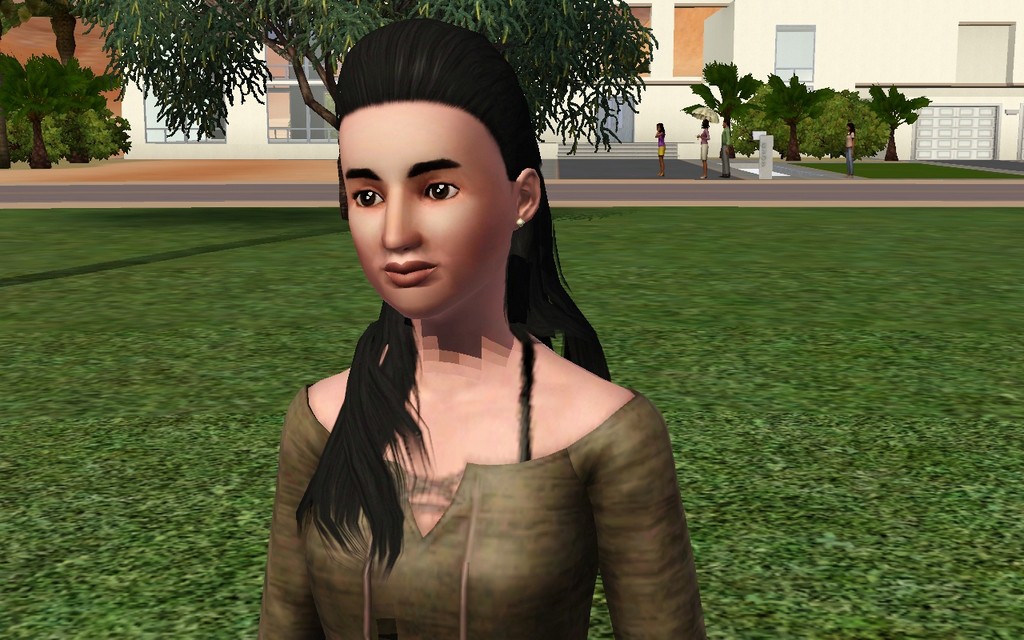 And here we have Violetta. Violetta Dust, because I suck at giving names.

Her lifetime wish is master of the arts, meaning she has to master the painting and the guitar skill. Seems doable. 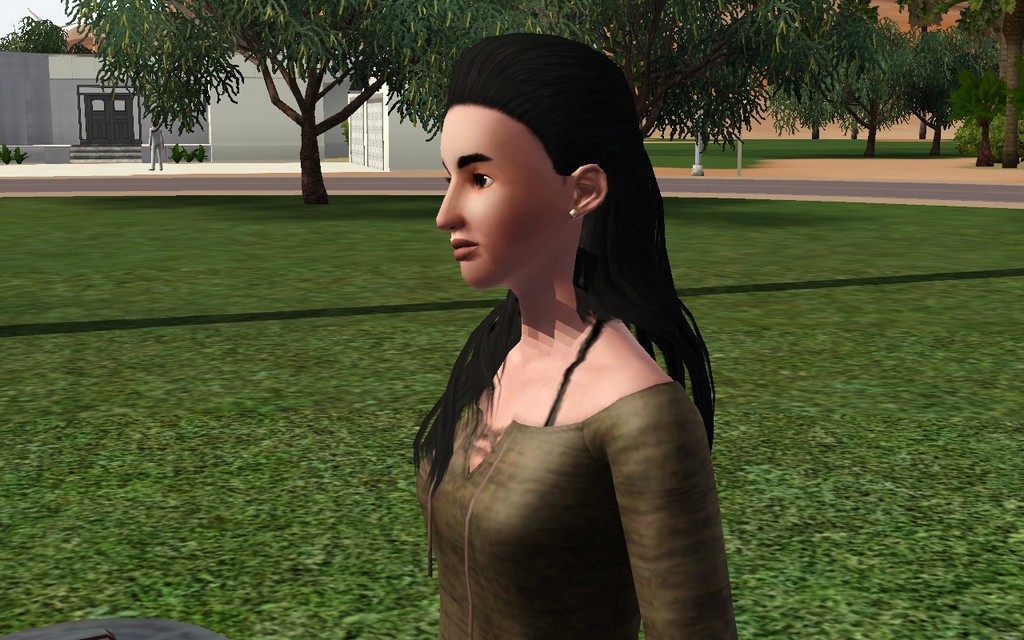 She´s got a nose. I think, she´s pretty. Everything about Violetta, I mean. Not just the nose. 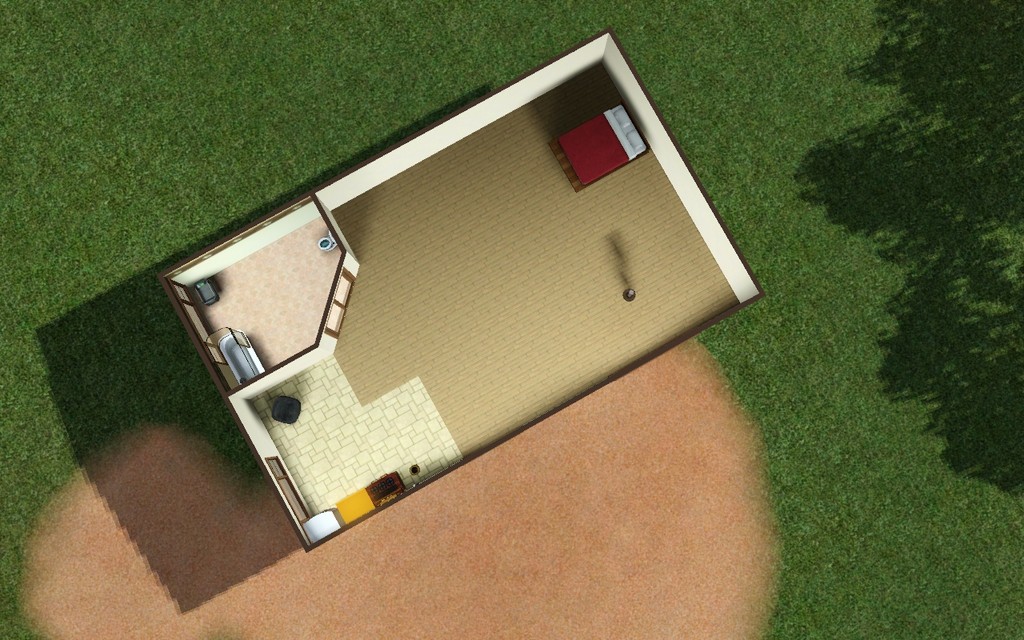 The main reason that we are broke is, that I had to buy the more expensive stuff, like a proper shower. And the steampunk kitchen that I just bought at the store. But I think, we´ve got everything covered.

(I forgot a sink. Also a mirrow and dresser, and how to do diagonal tiles. I fixed it later. ) 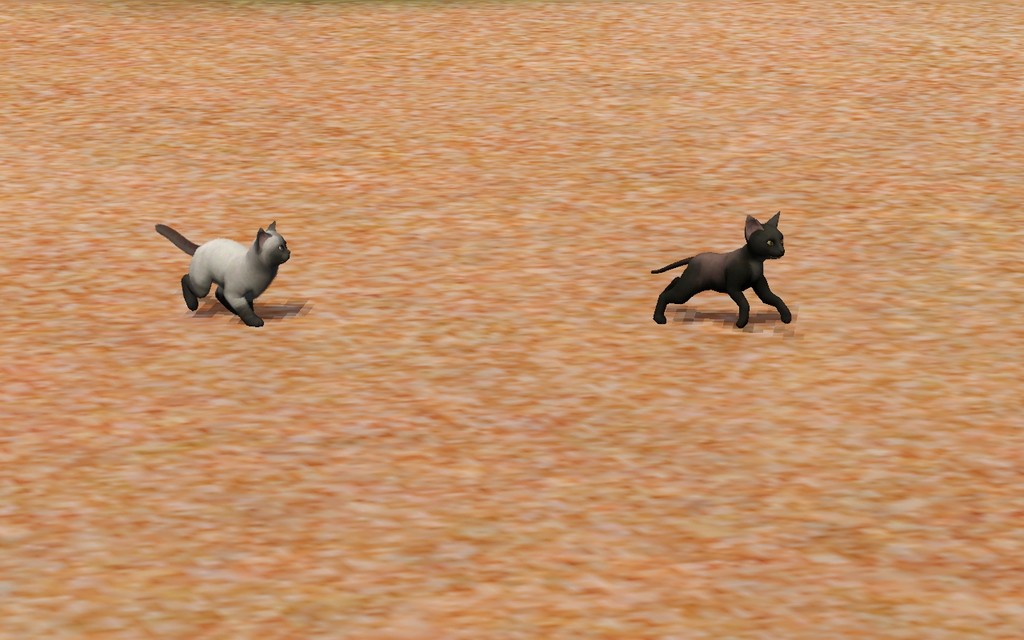 Violetta is not alone, by the way. Being an animal lover, she brought kittens!

On the left in grey is Sybil, on the right in black is Susan. They are sisters. 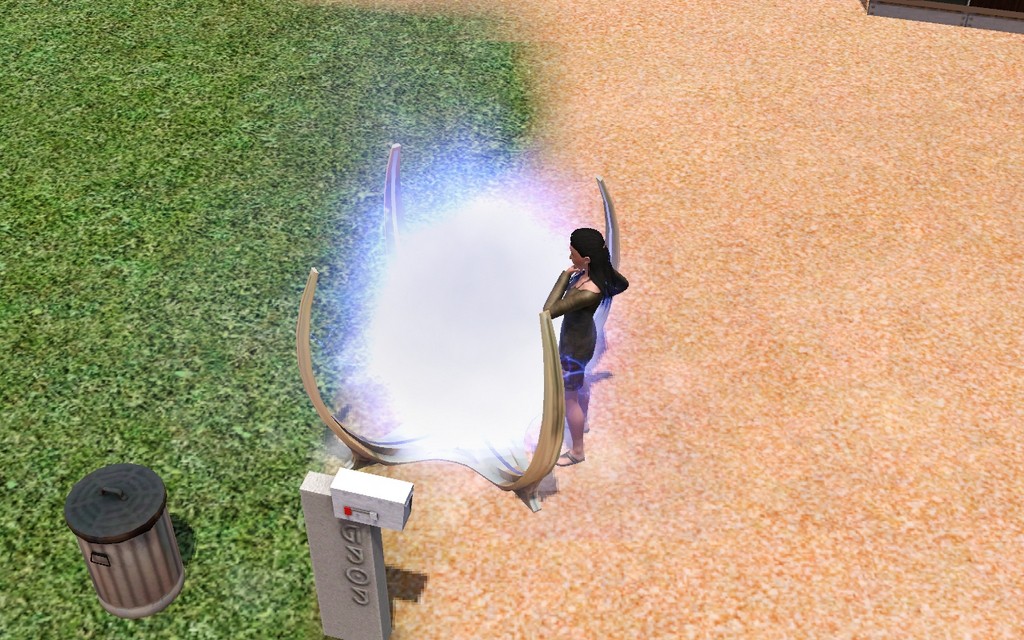 Having into the future, our first visitor is the timetraveler. 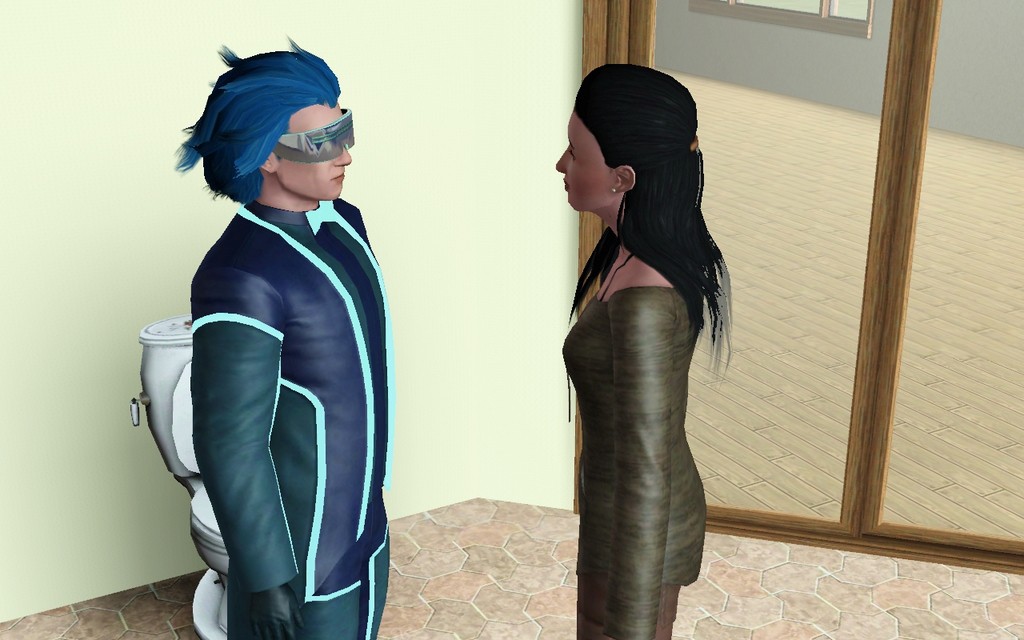 Following Sims traditions, they had a nice chat in the bathroom. 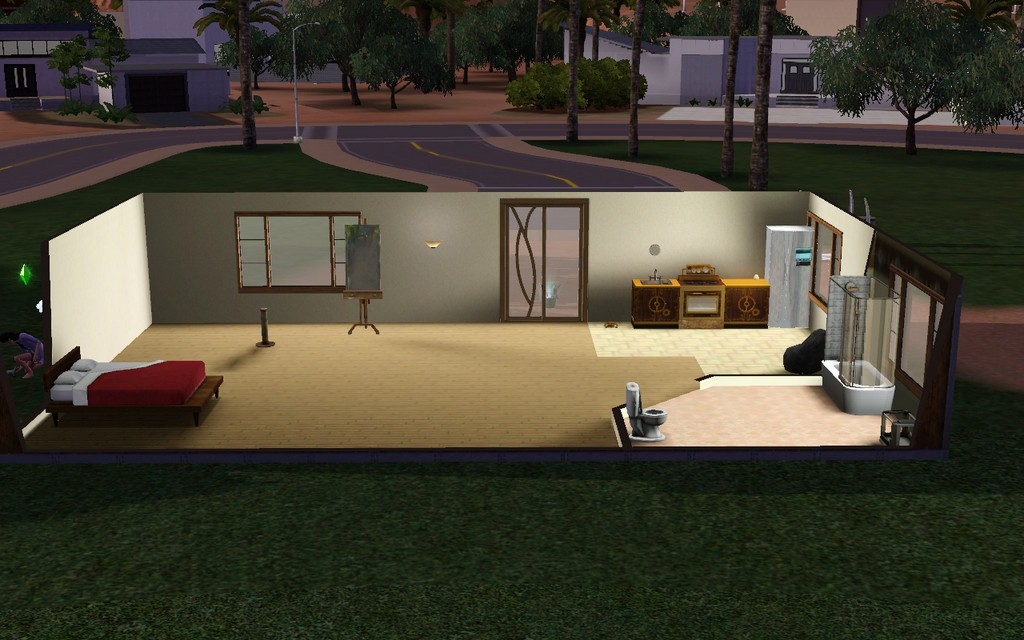 More inside of the barn. Now with added sink. 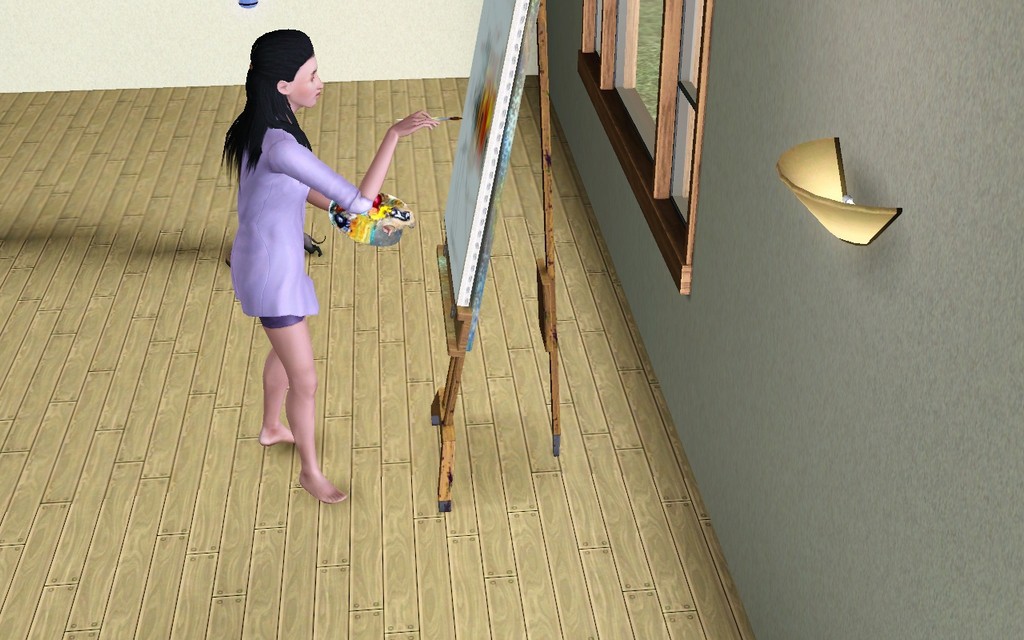 Violetta paints. Being artistic, that´s pretty much everything she does, when left on free will. But good for her LTW. And hopefully we will make some money that way. 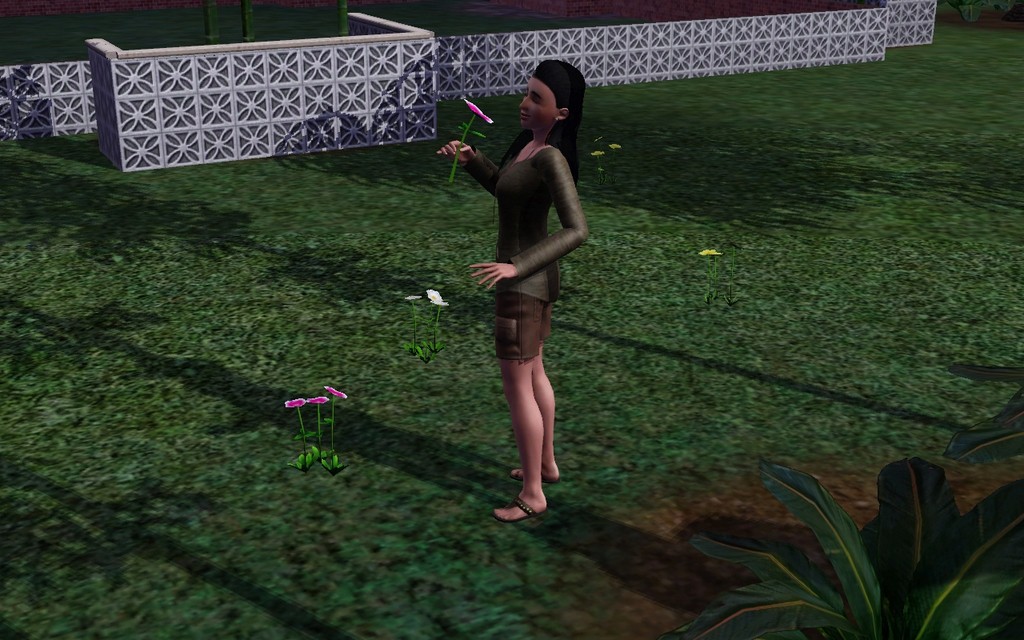 Speaking of money, wildflowers are a nice way to make some. 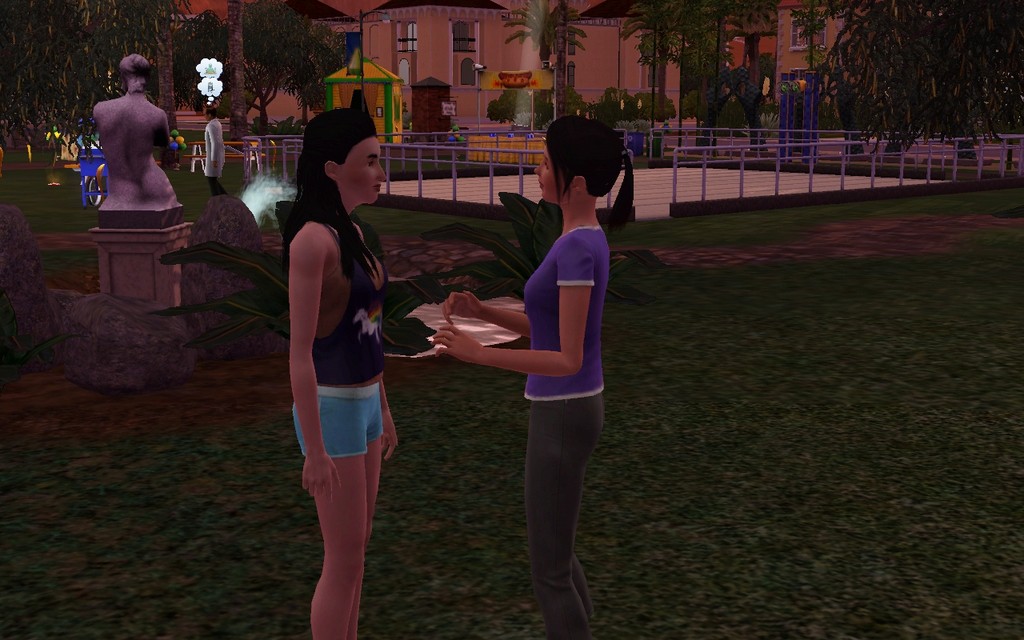 And Violette gets to meet some people in the park. This is Zahra Diwan. They seemed to like each other. 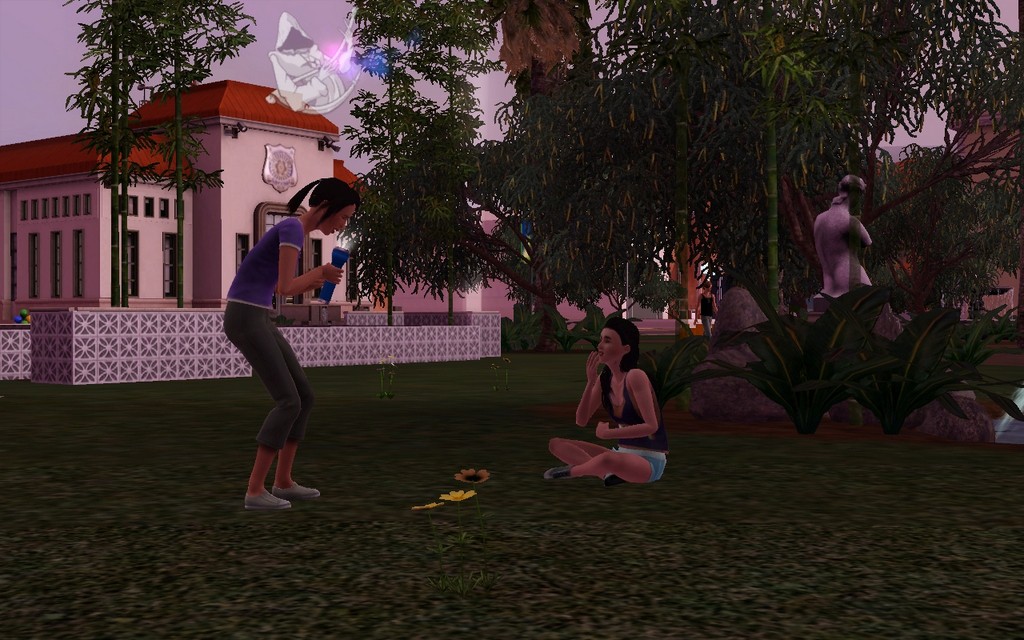 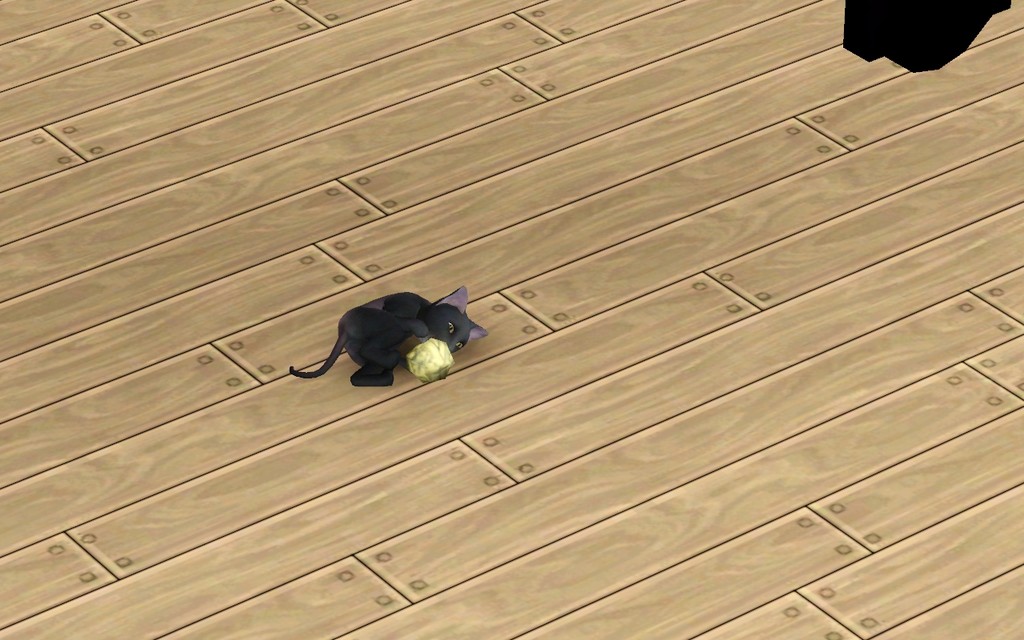 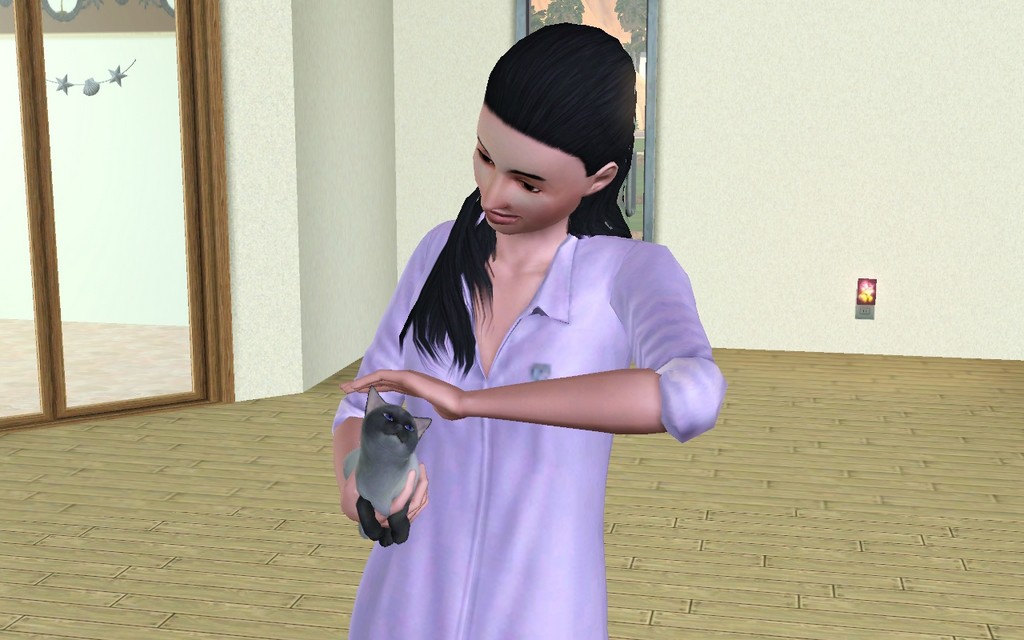 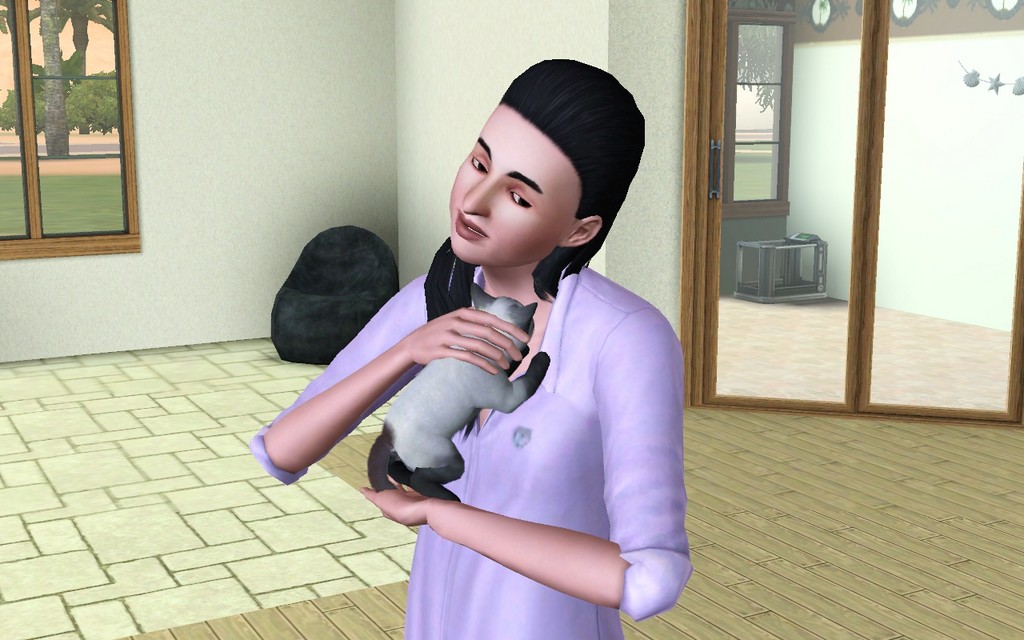 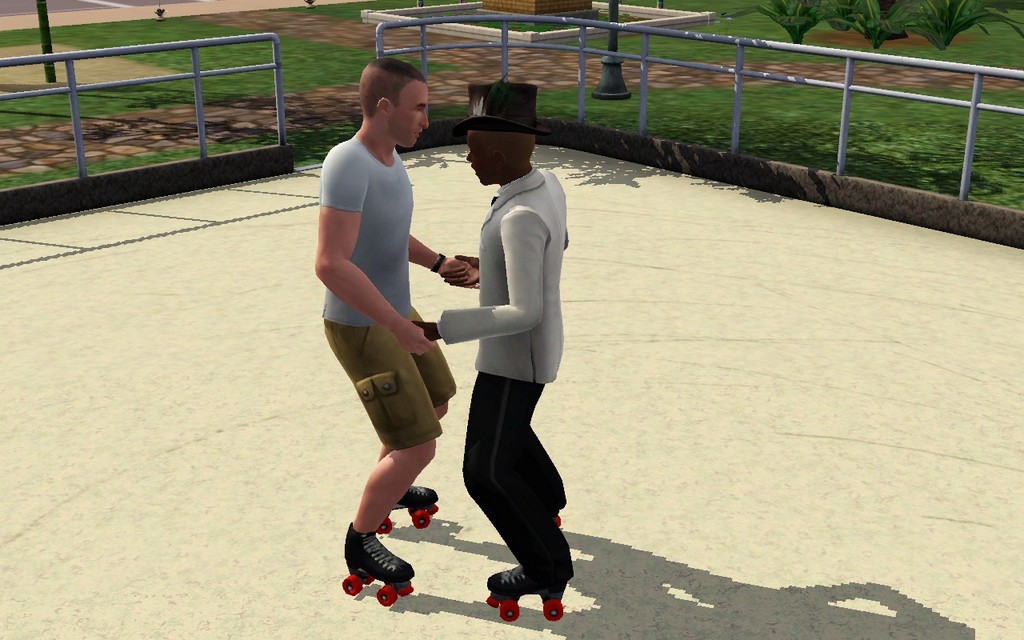 Meeting more people at the park. These two are Phoenix Ross and Jonathan Morgan. 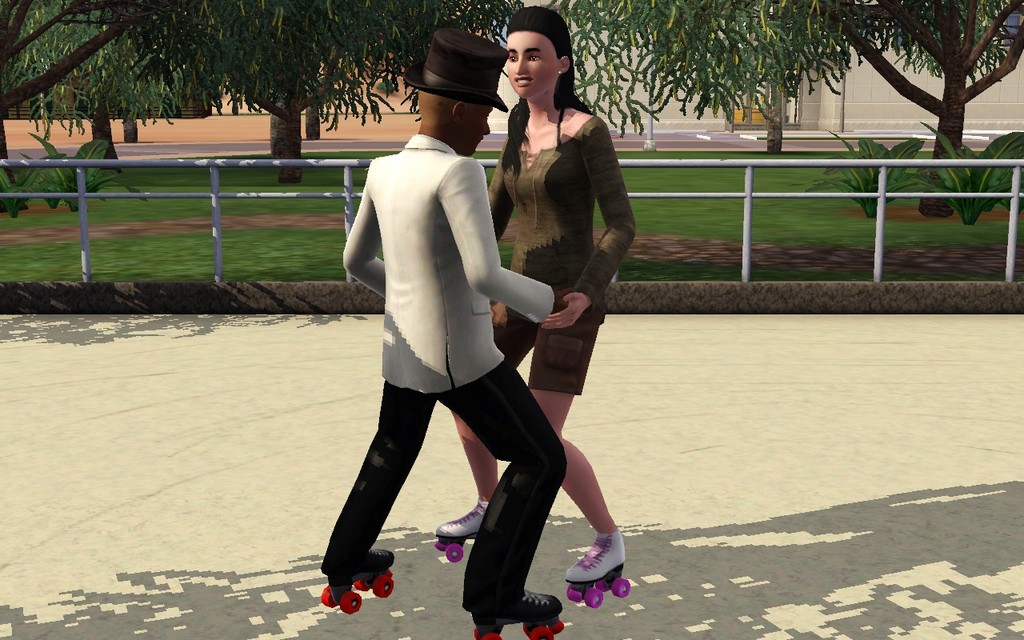 Jonathan is just a teen, but he seems pretty nice. 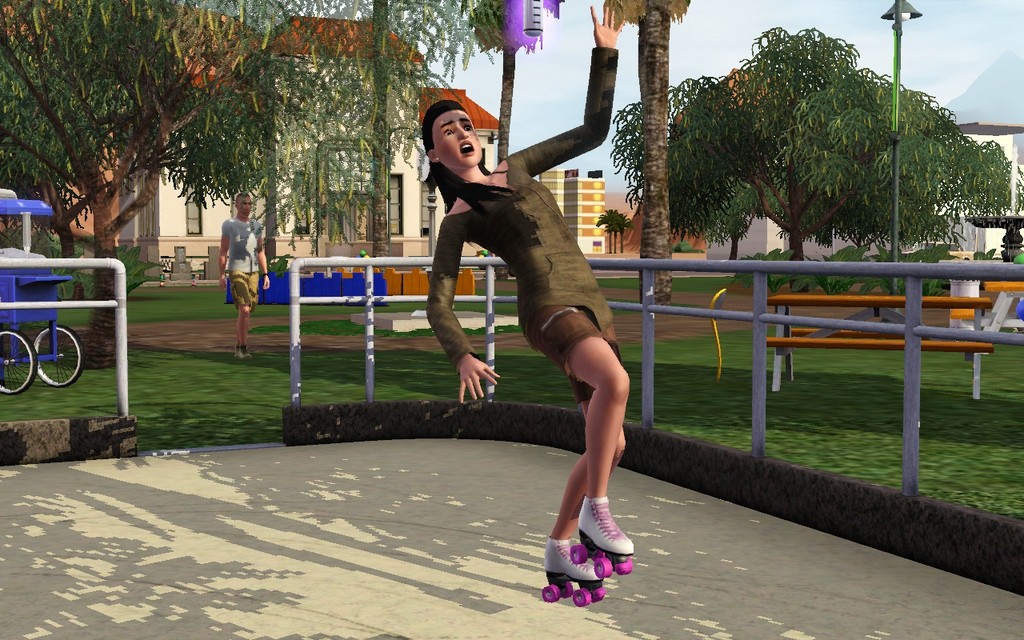 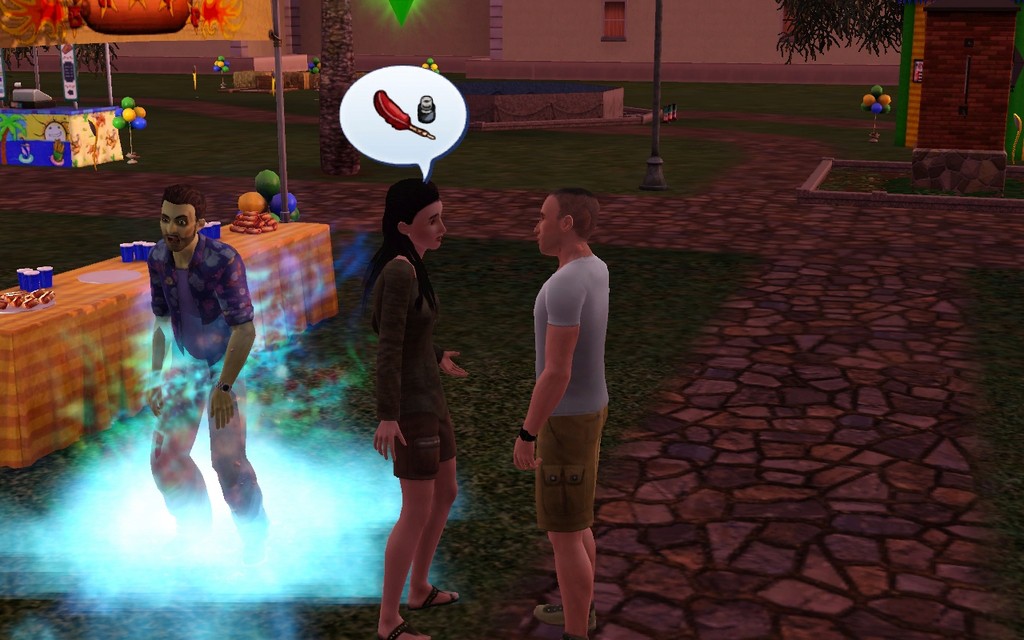 Also, it´s full moon. Violetta goes home, before she gets eaten by zombies. 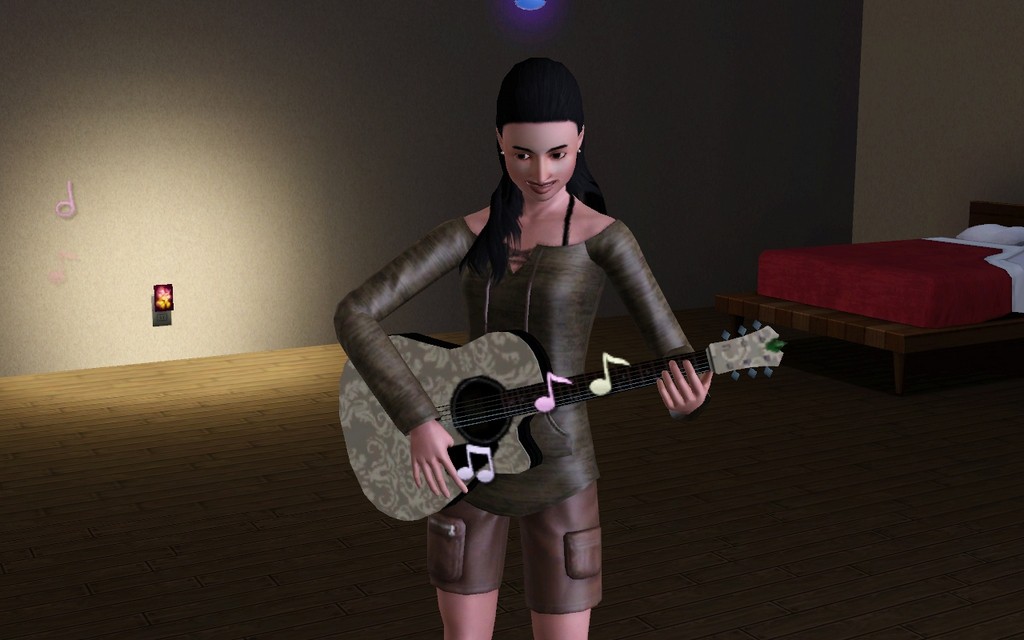 A bit of guitar skilling before bed.

This is supposed to be a sort of Sims 3 legacy blog. Meaning, as soon as I have figured out how to use wordpress, I want to post pictures with added text about my sims. I´ve read a LOT of other people sims blogs and had a growing case of „I want to do that, too!“.

So, this is my first blog EVER and it´s about the sims. Go figure.

Welcome to WordPress. This is your first post. Edit or delete it, then start writing!