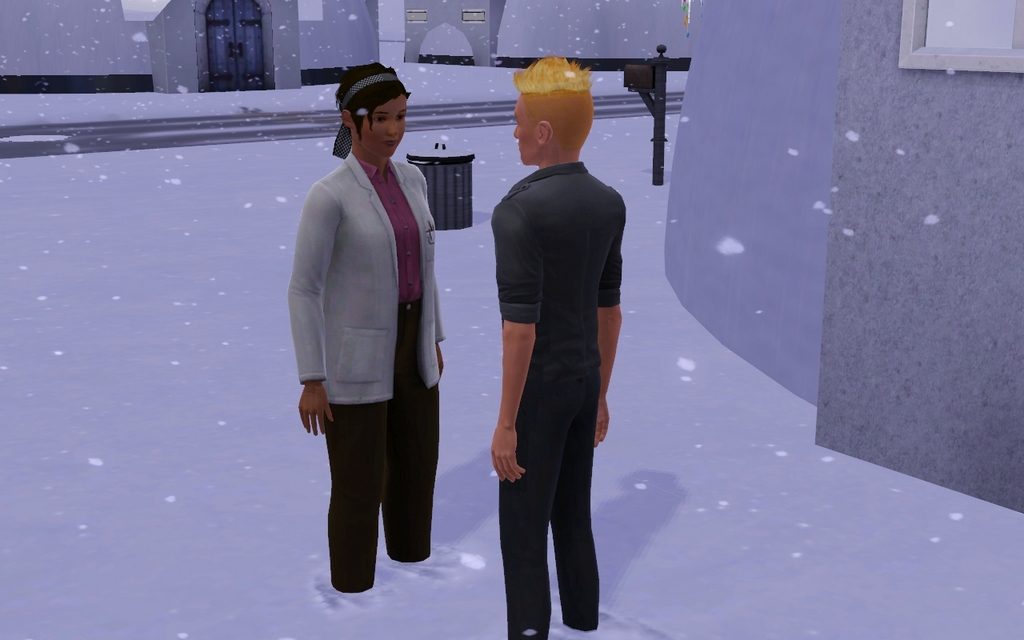 A new case. I think, this one glitched out. The career is really buggy. 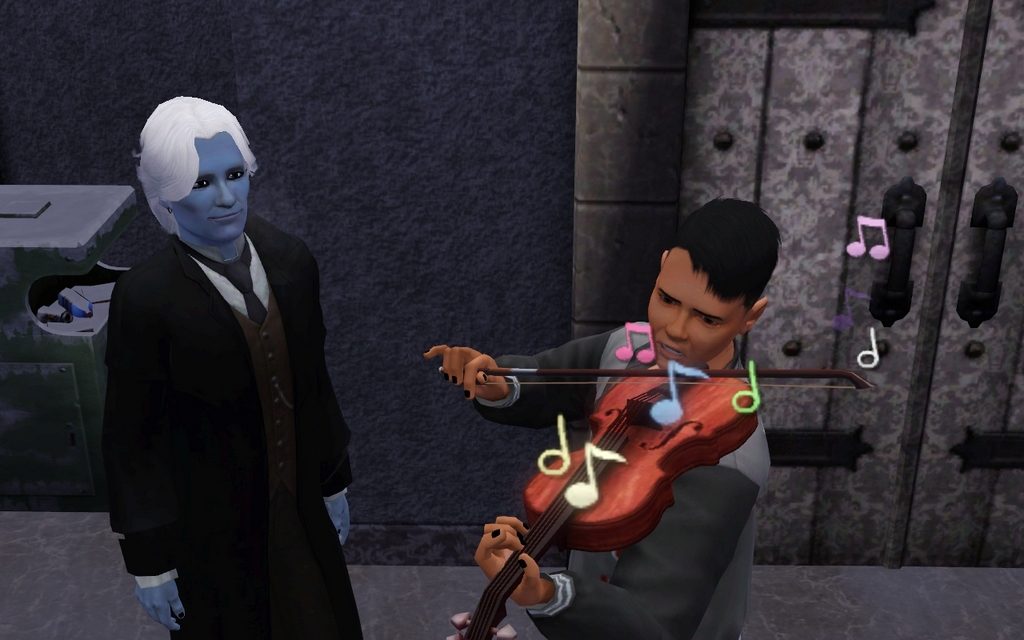 Julius was getting stir-crazy, so I sent him to the graveyard to get some tombstones (Gabby, Miles and Erica died). Eric had nothing to do, so I sent him as well. He takes the opportunity to serenade his husband. 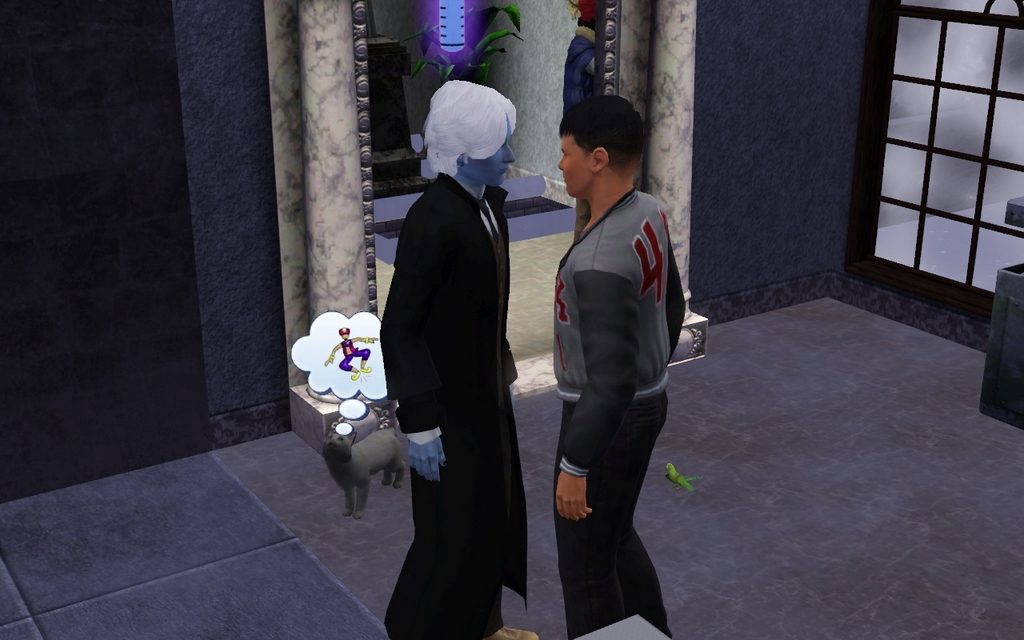 They tried to wohoo, but the action canceled itself. 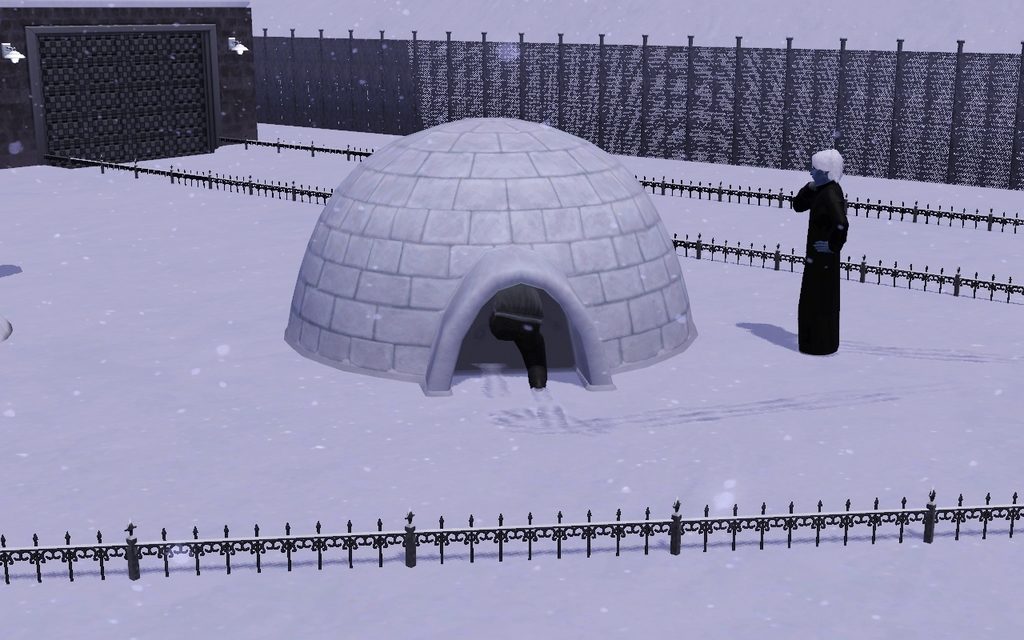 So I let them build an igloo. 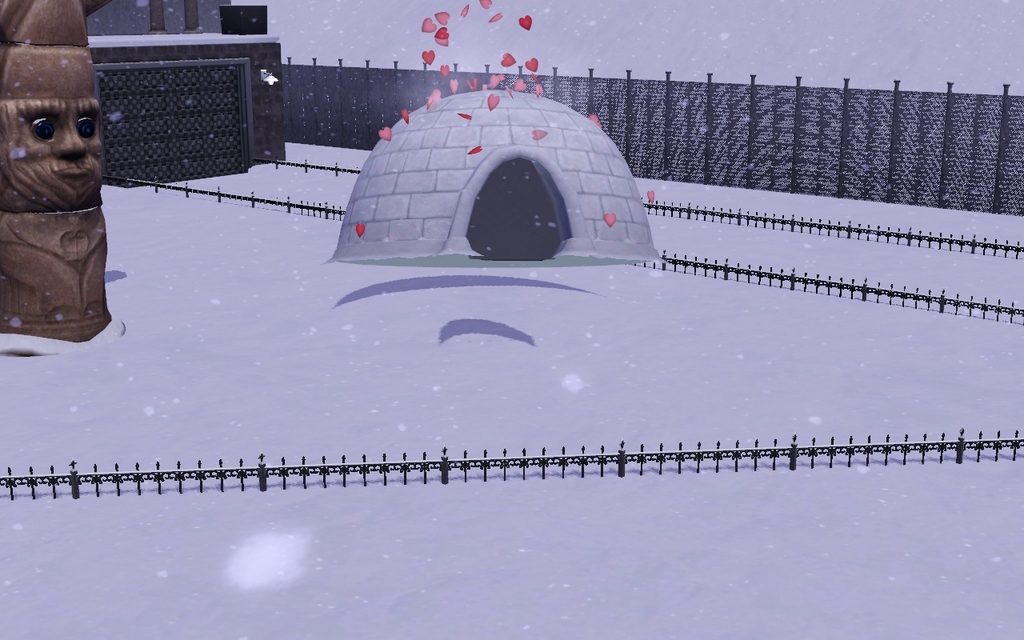 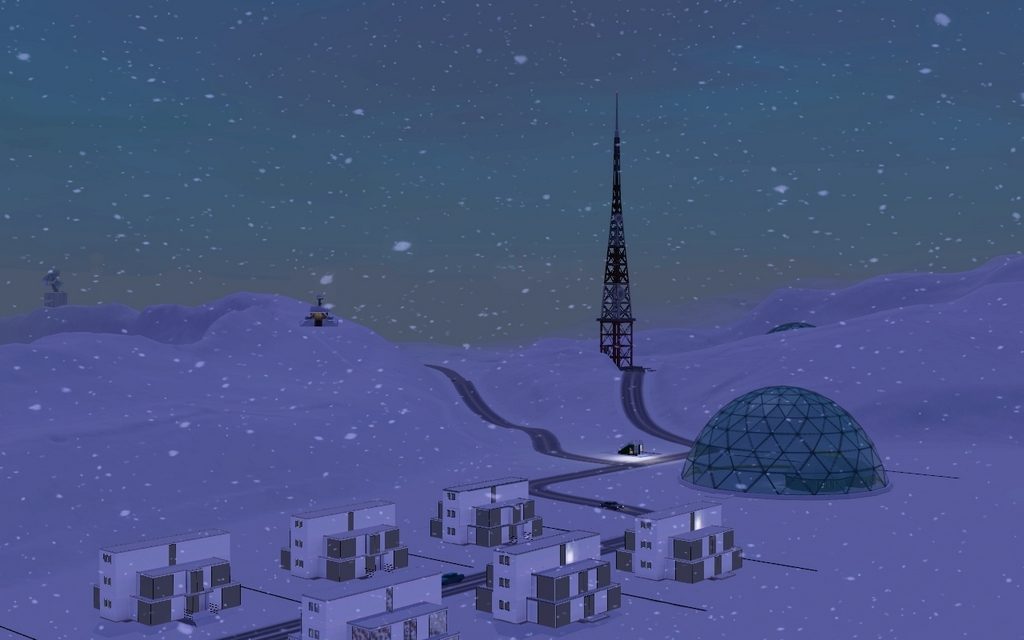 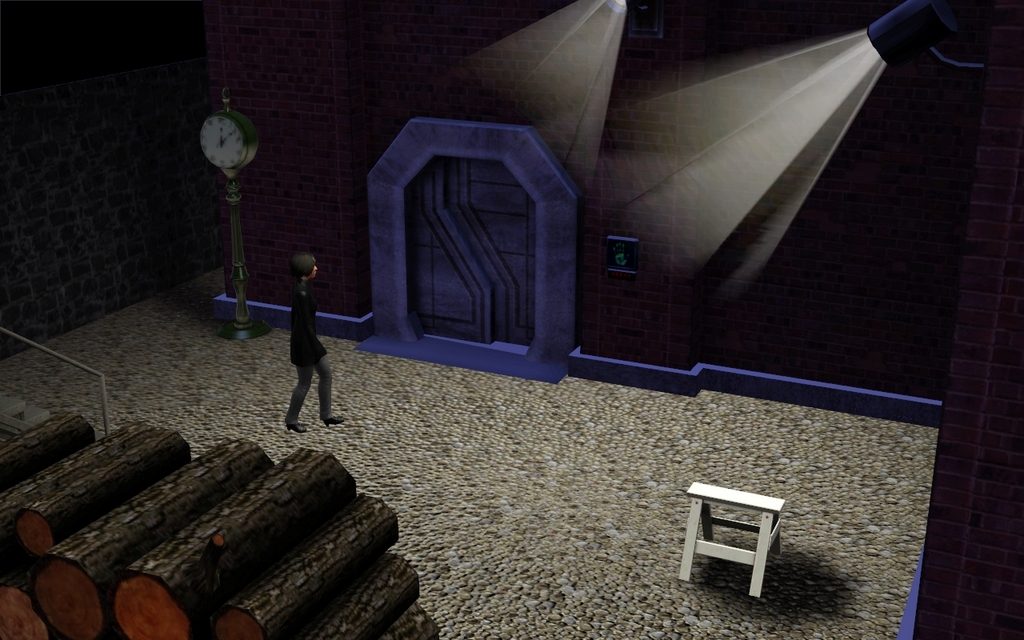 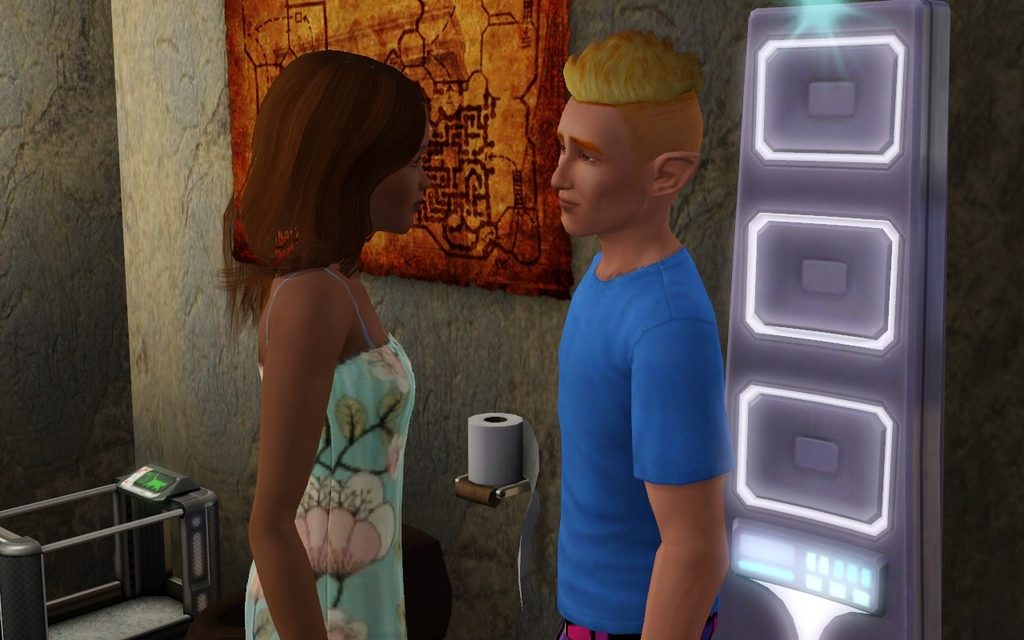 I really don´t know what to do with them. 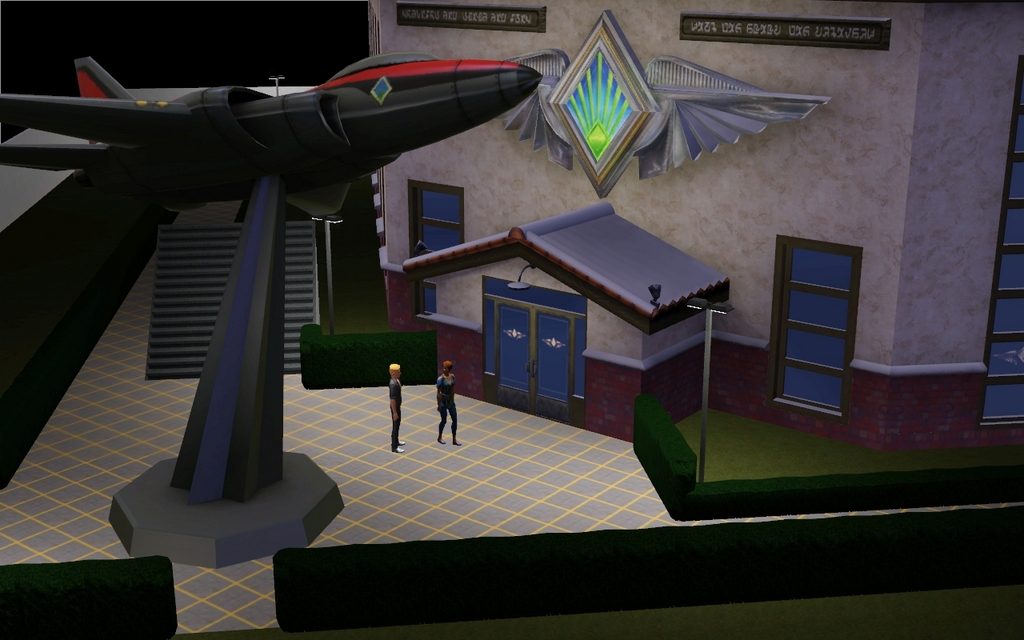 So I replaced regular wohoo with risky and let Laurel and Thanatos tour the military base. 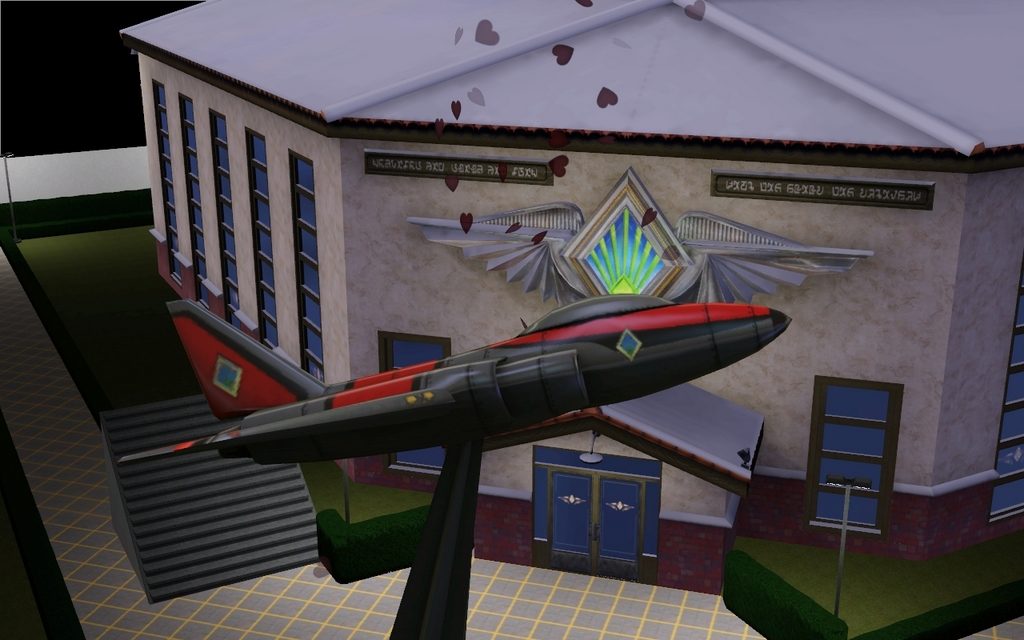 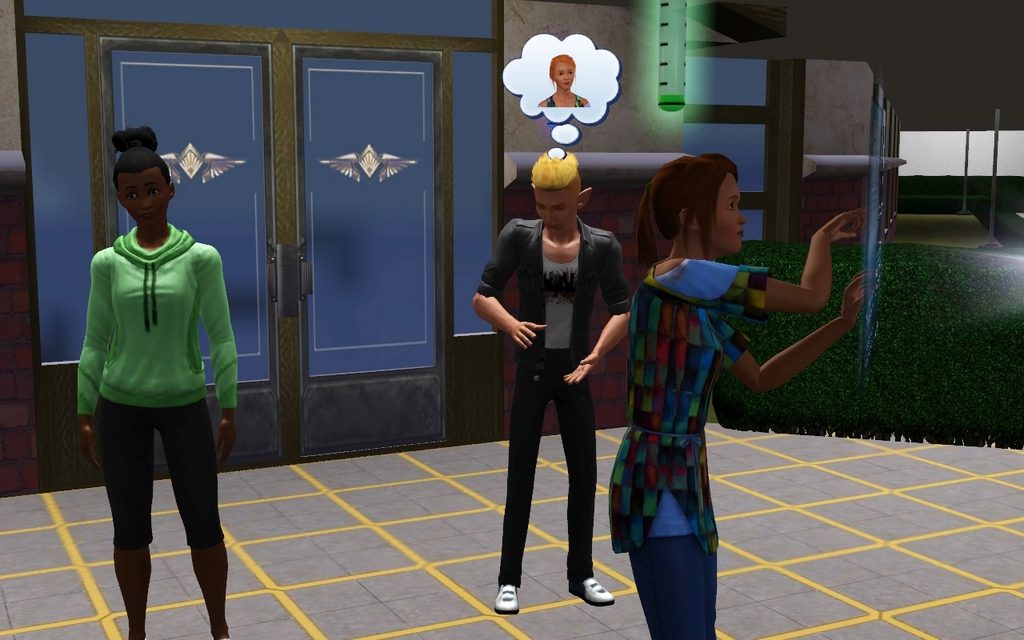 I also let Daphne and Thanatos tour the military base. 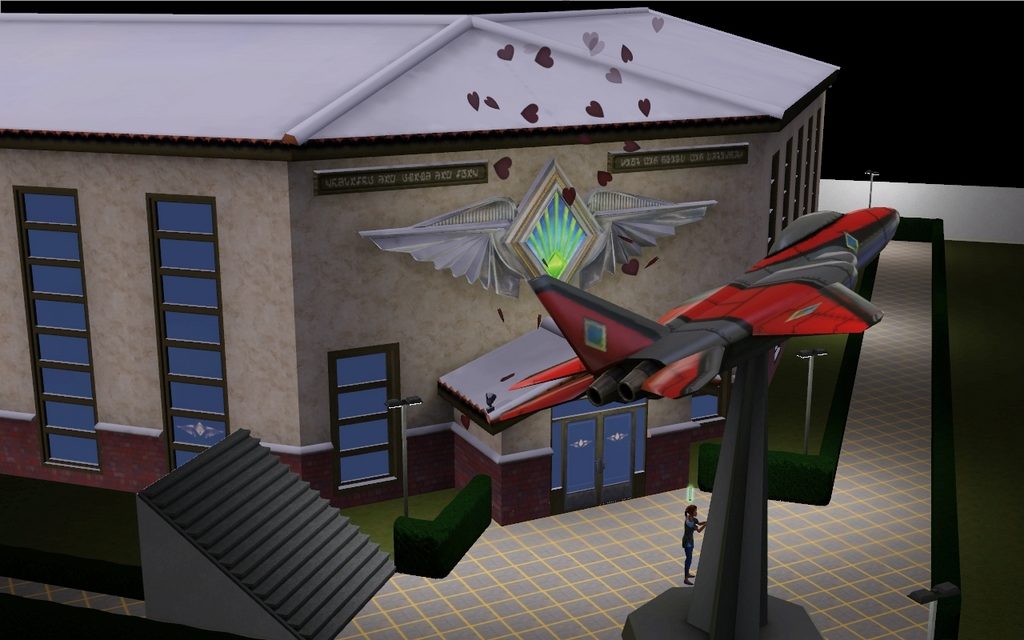 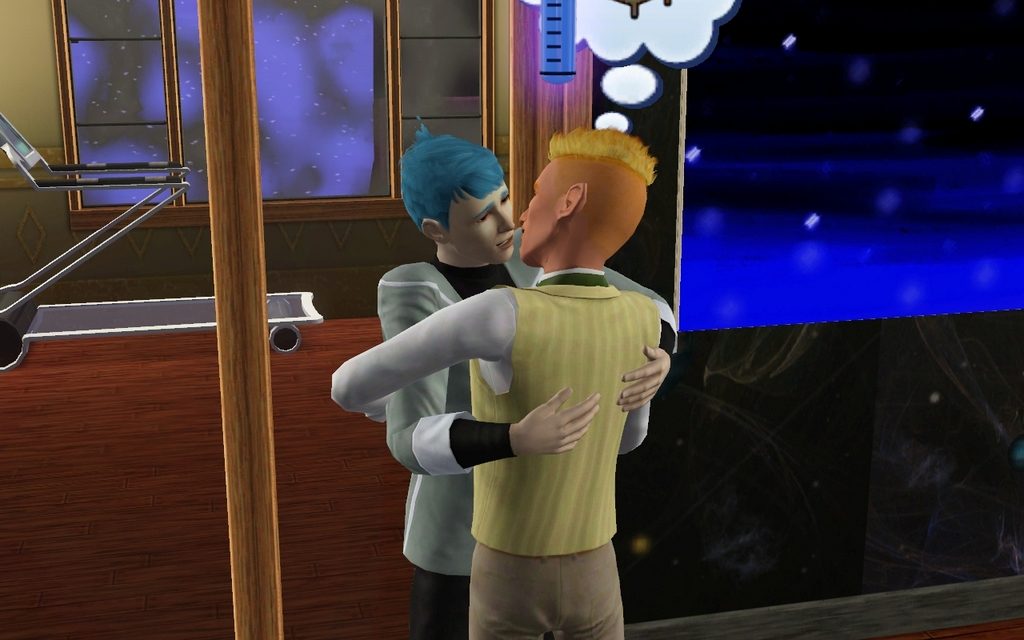 Later, Thanatos invited Sixty-Nine over (I moved him out). 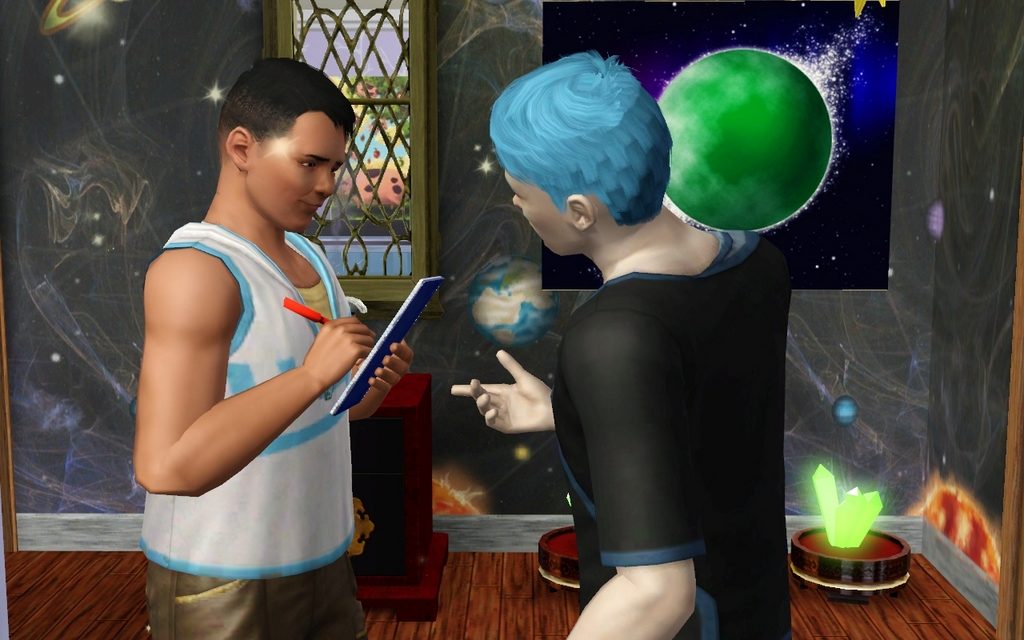 He stayed the night, giving Eric the opportunity to interview him for an article. 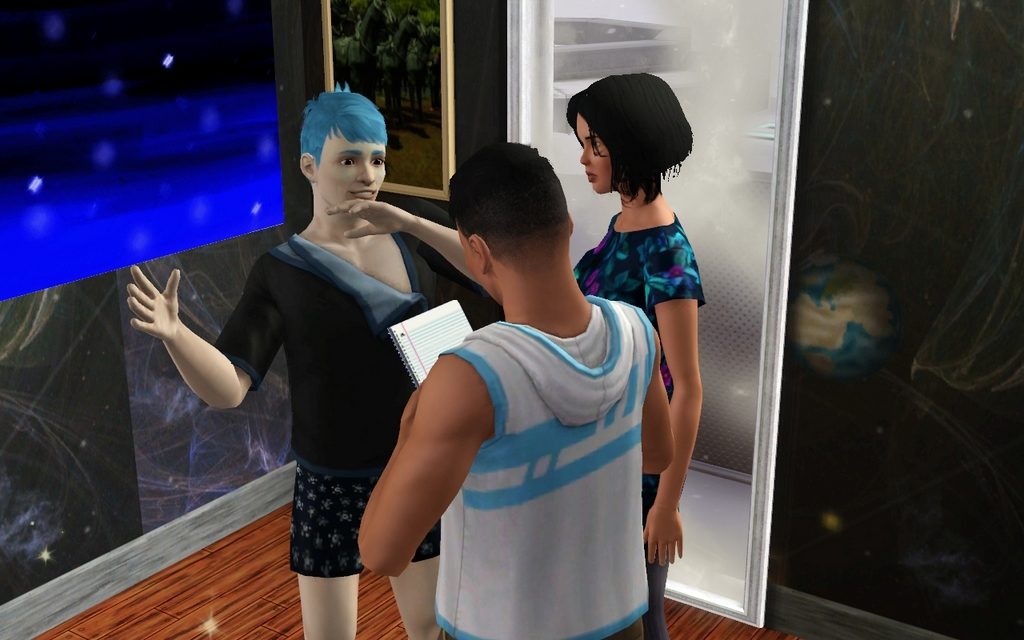 The animations are funny. 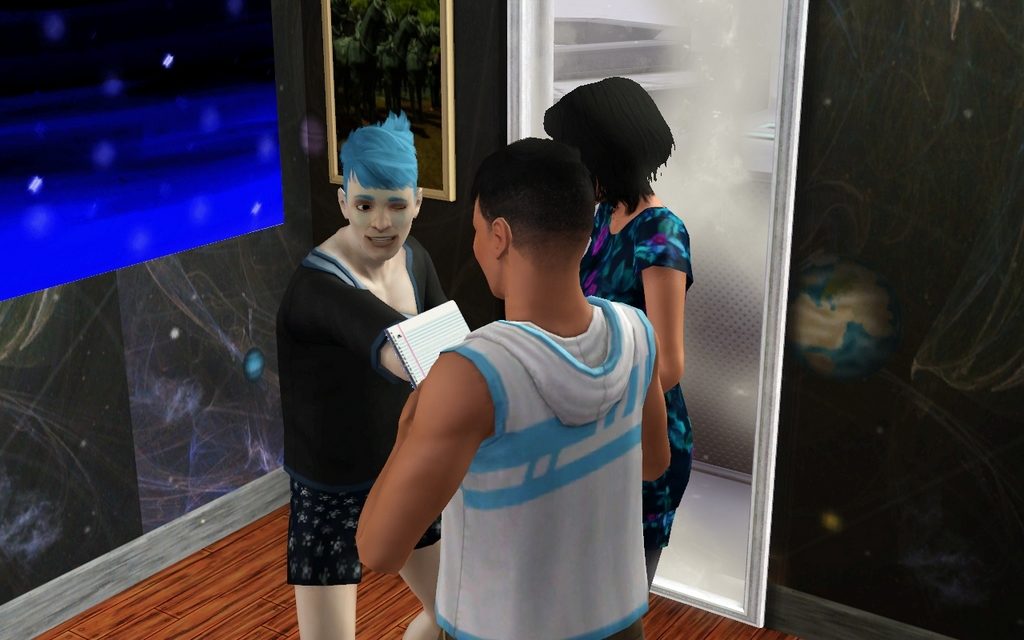 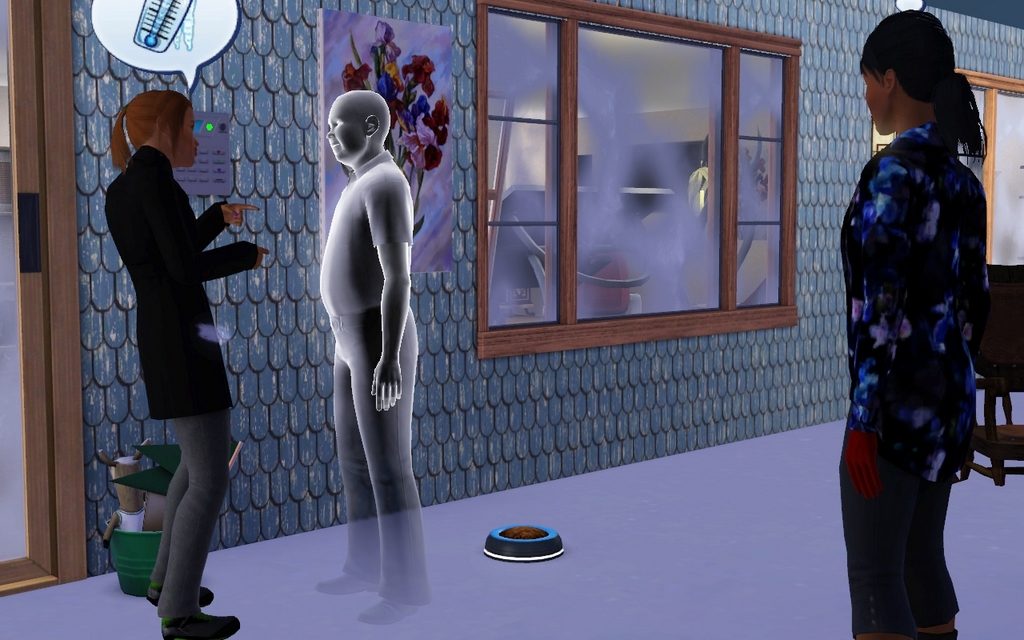 Daphne and Laurel chatting with their dad. 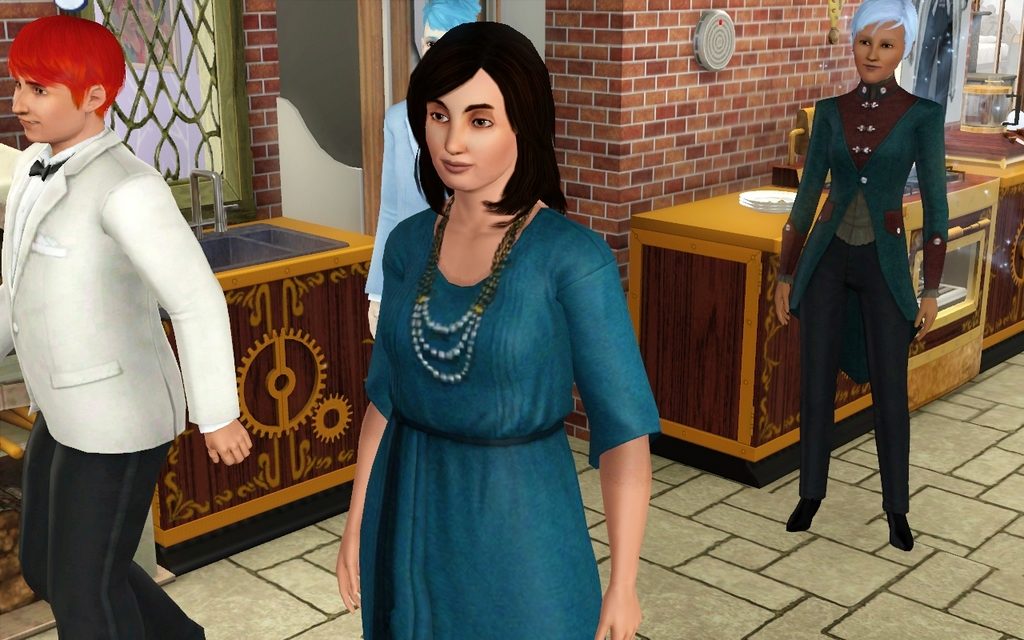 It´s snowflake day! This is Misty, Carol´s half-sister. She turned out better than I thought she would. 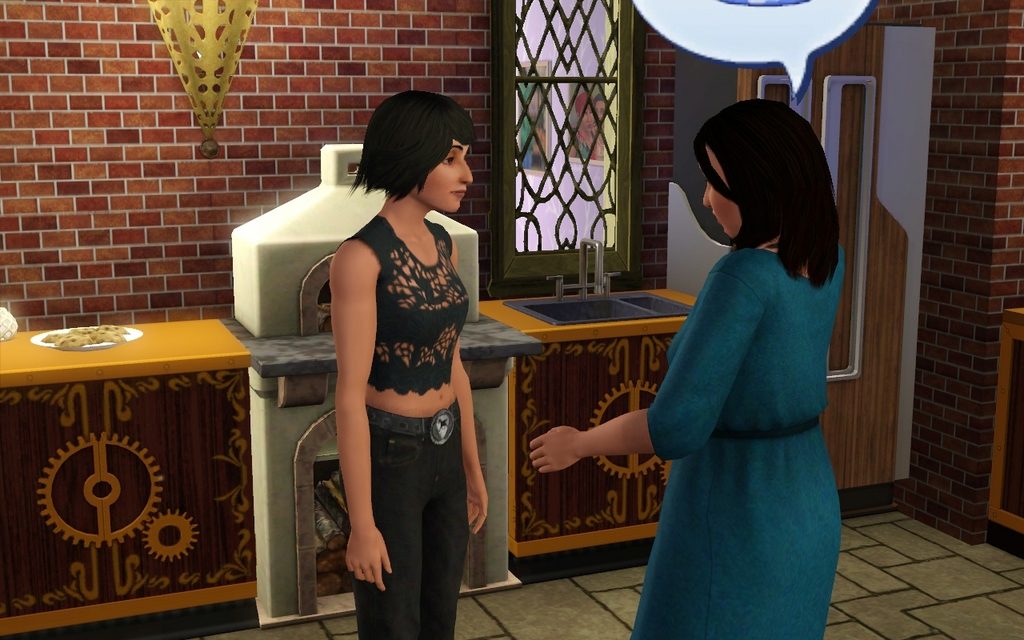 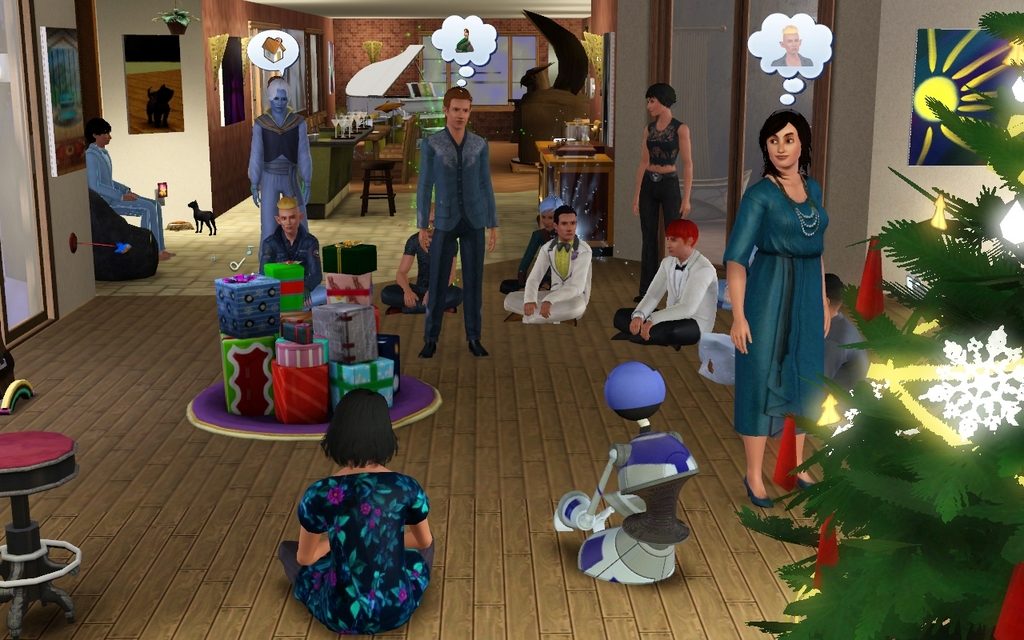 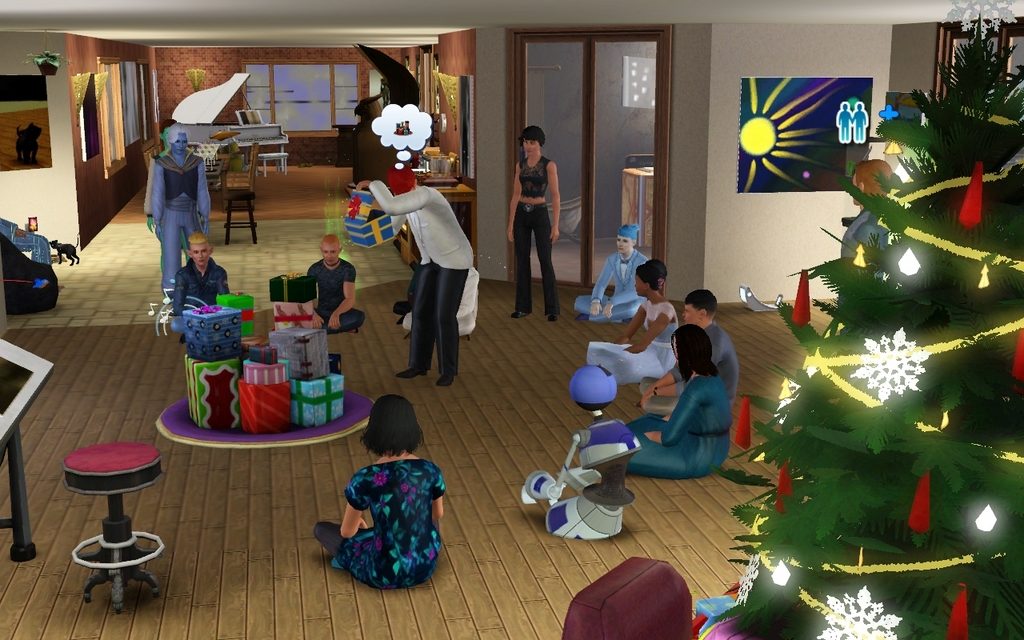 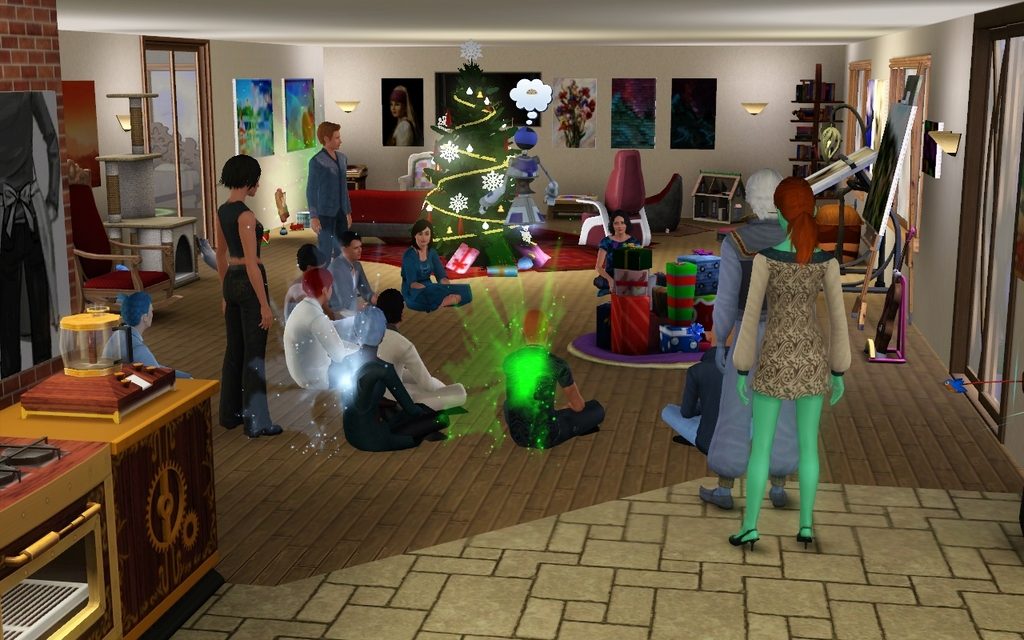 It is also fullmoon for some reason. 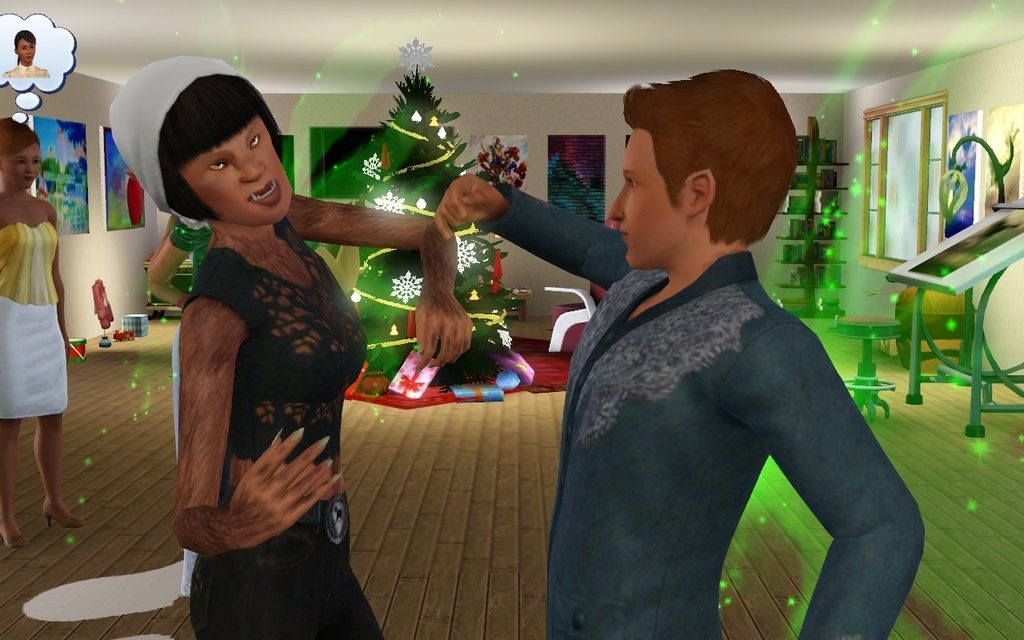 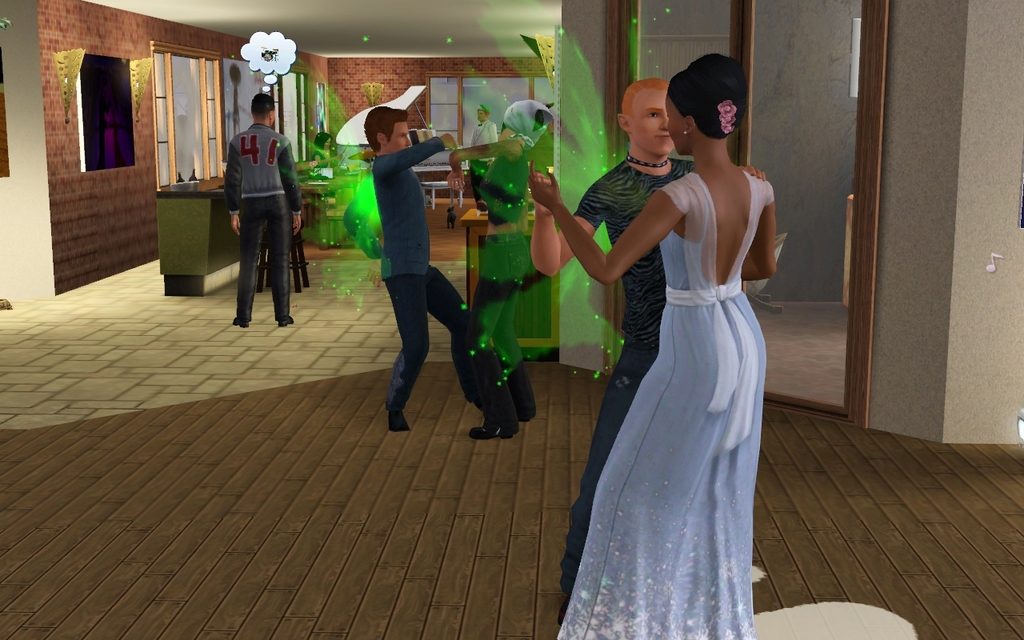 Daphne peed herself in terror when Carol changed (don´t know why, I think it´s a glitch), but Silvio doesn´t seem to mind. 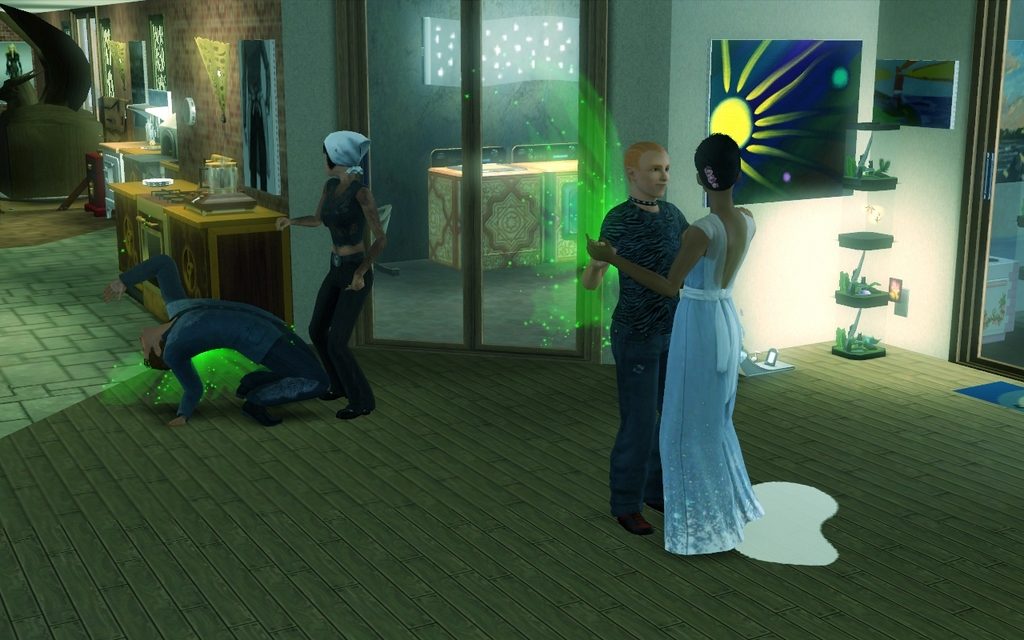 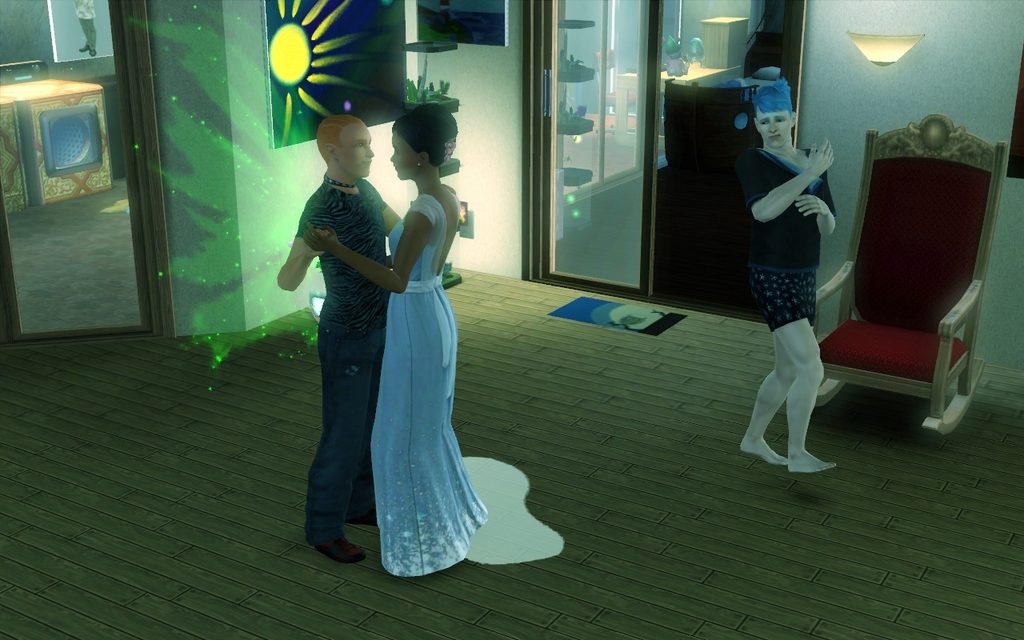 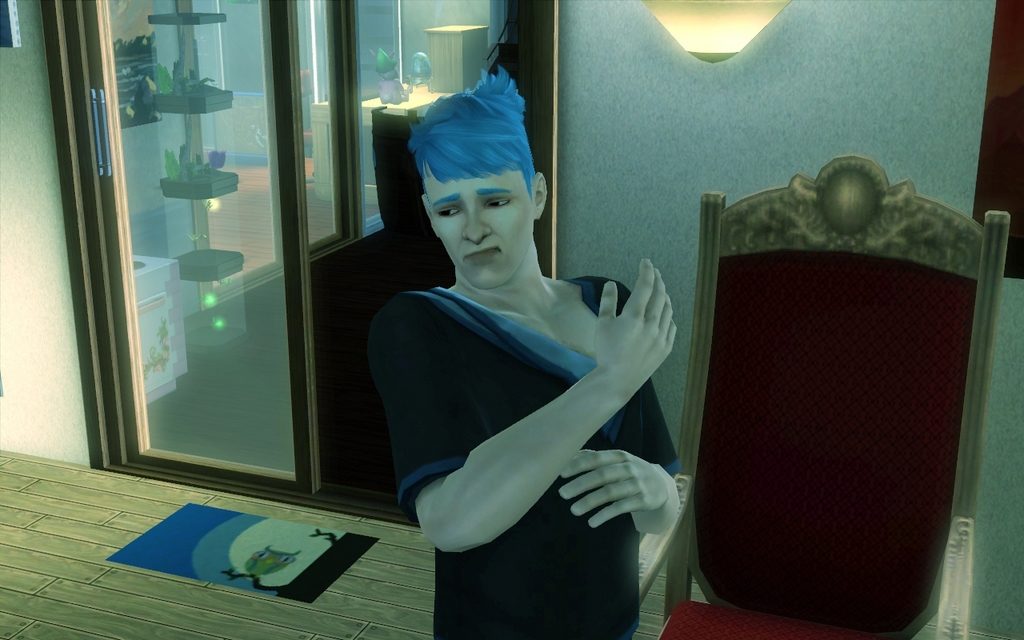 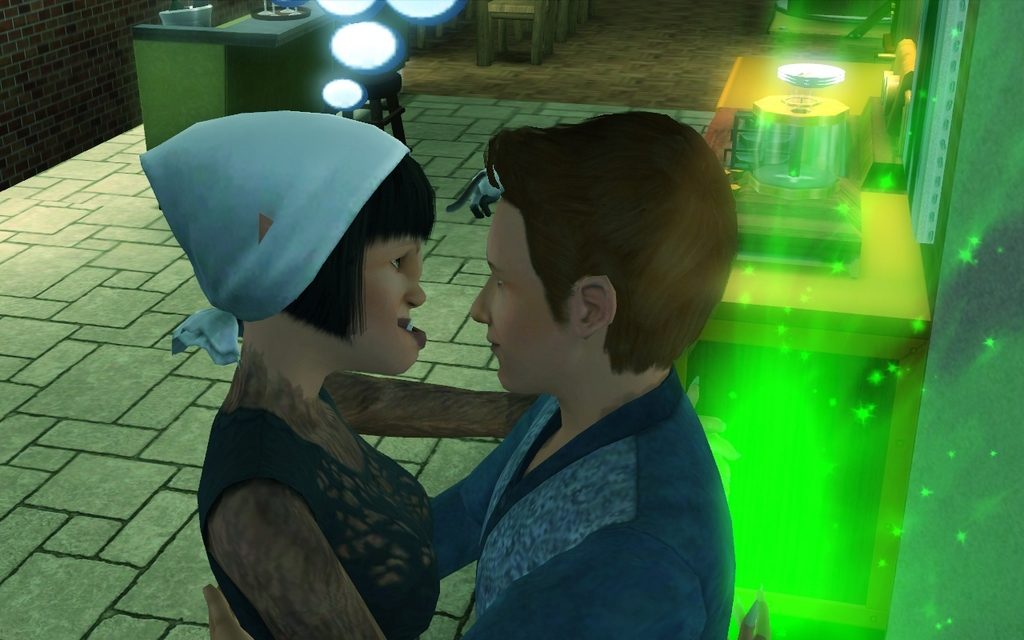 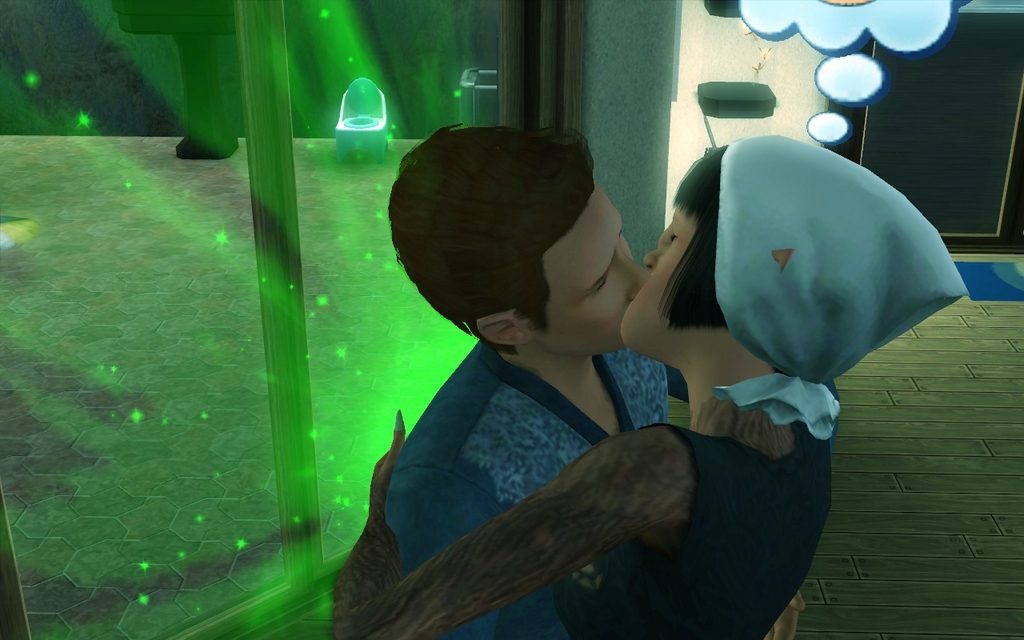