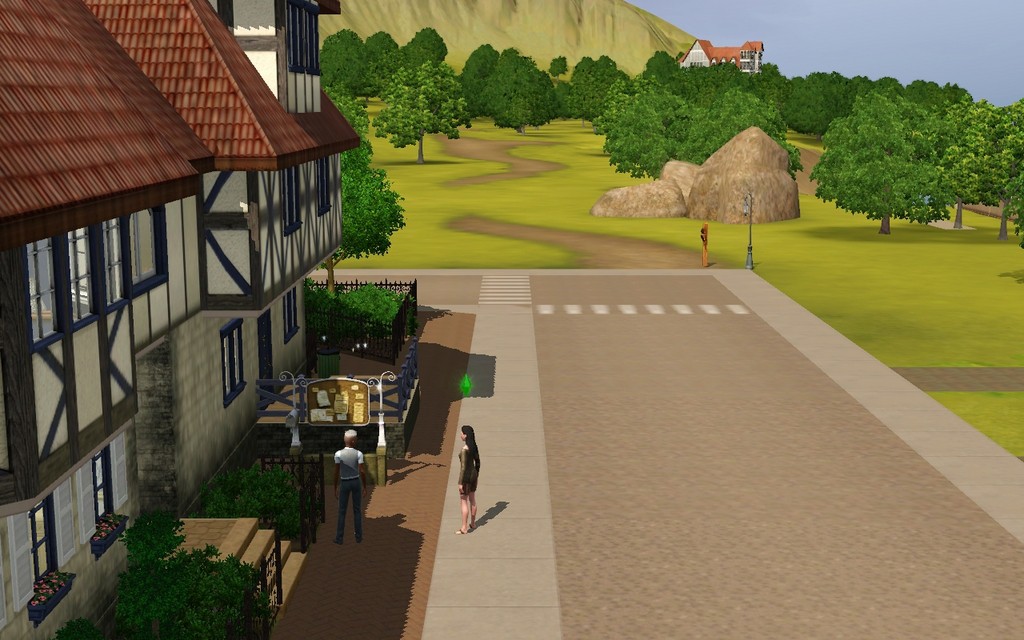 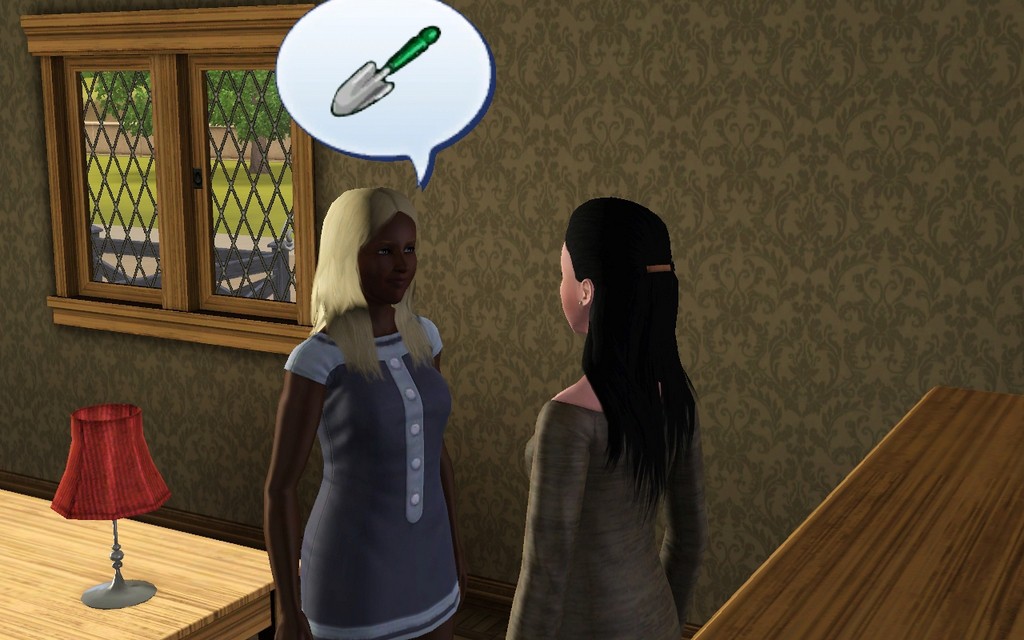 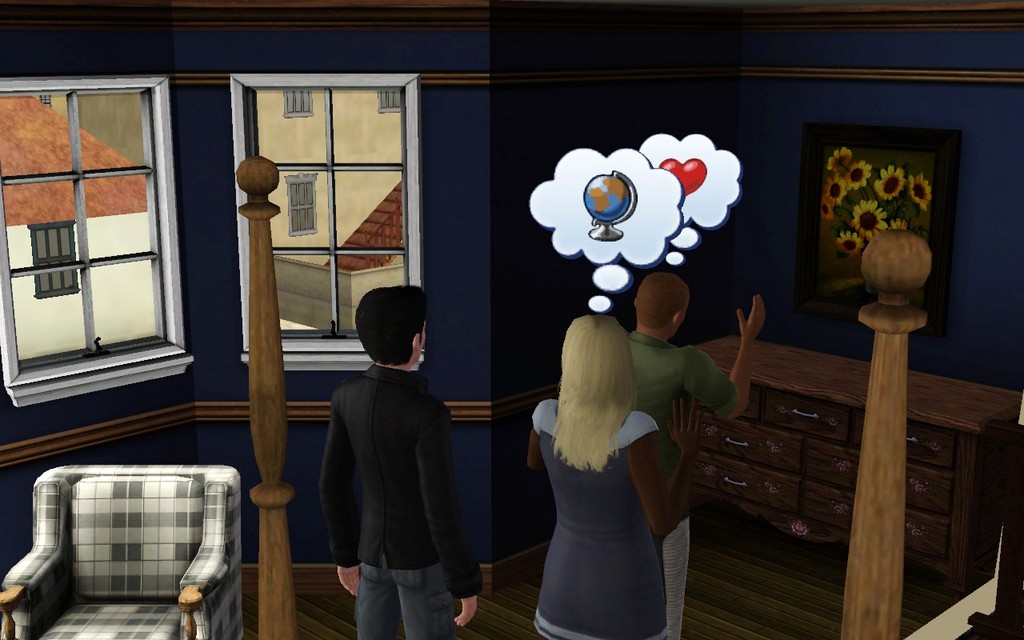 For one reason or other, this room is very attractive. 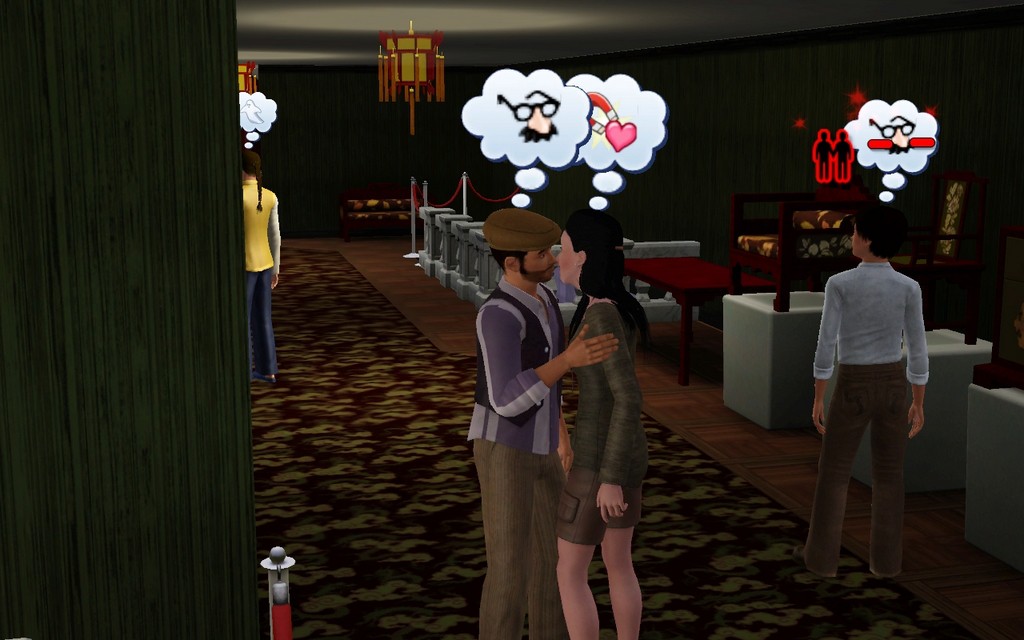 Violetta visits the museum and meets some charming locals. She also acquires two gnomes and finds the catacombs. 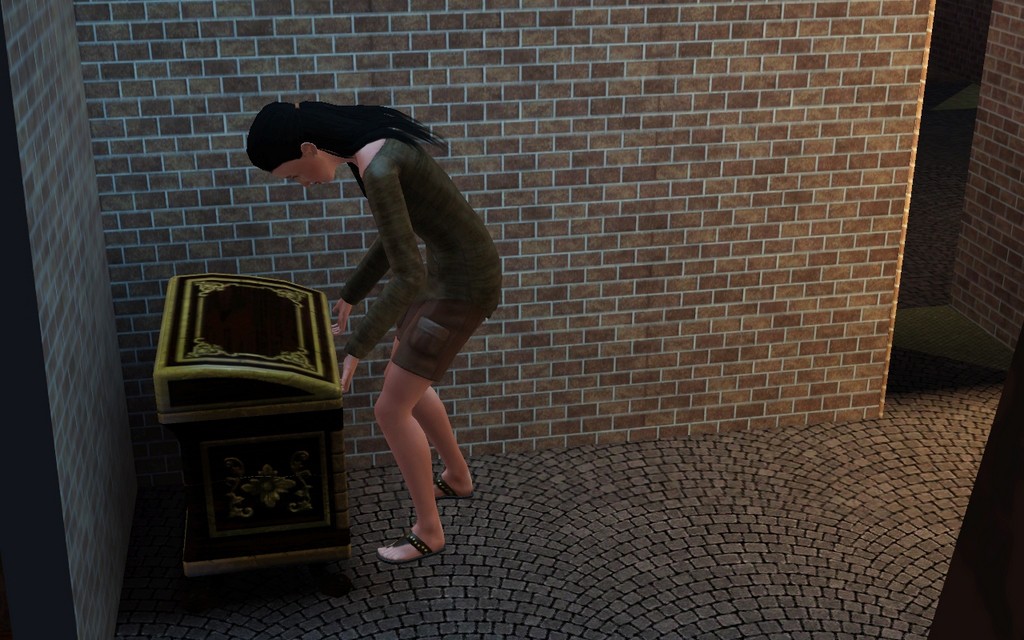 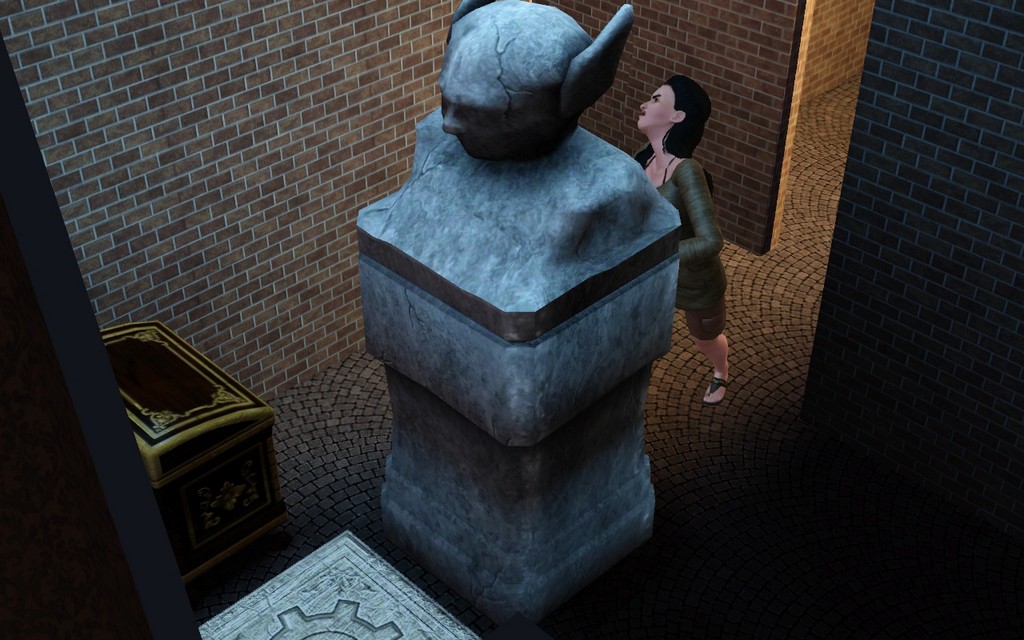 She only explores them a bit and doesn´t like it AT ALL, being a coward. But she finds some coins and a rainbow gem, which could be very handy for her future kids. 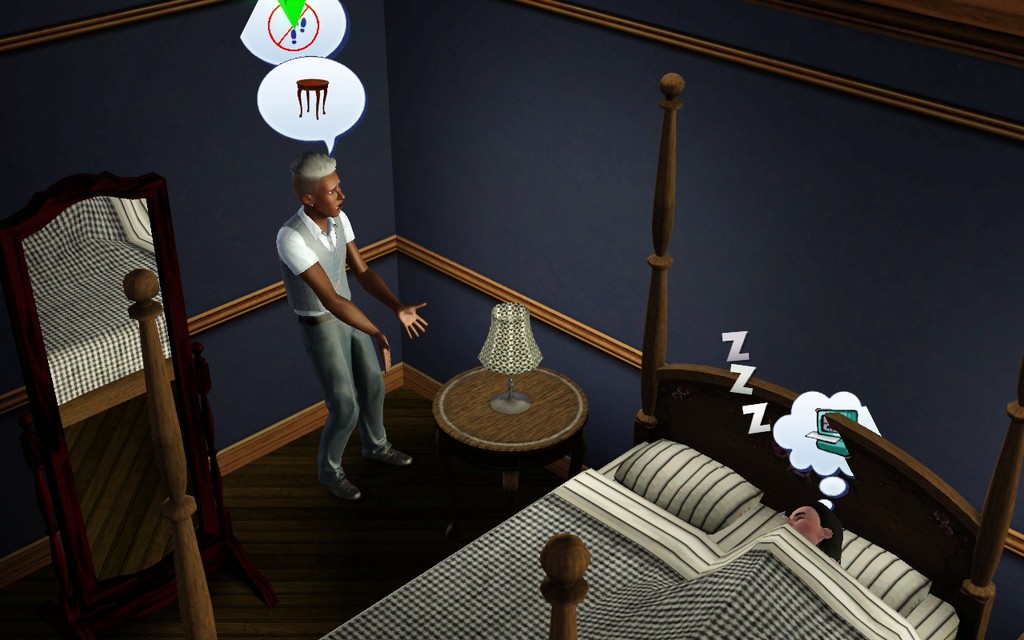 I wanted them to sleep in the same bed, but the table was in the way.

Paul has to sleep in a single bed. 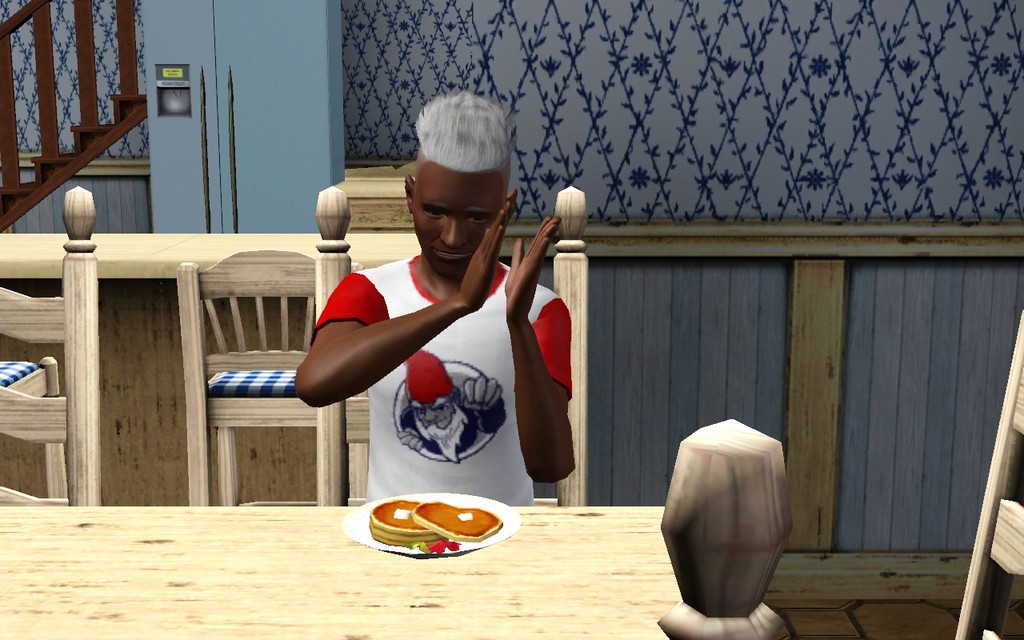 But at least he gets his favourite food in the morning. Pancakes! 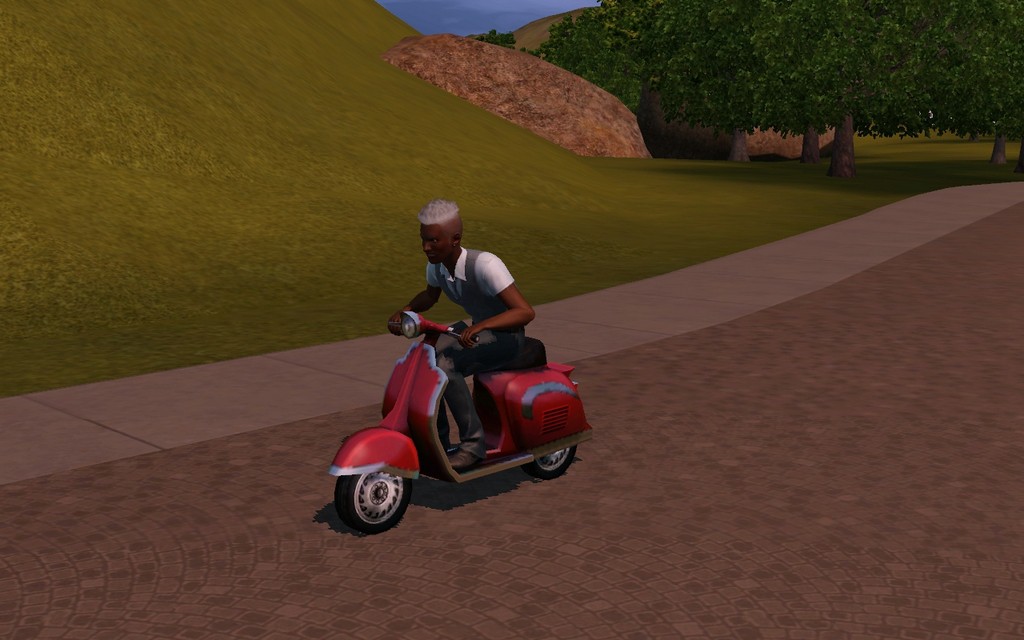 Paul visits the nectary. He buys some bottles of nectar, and harvests some grapes. 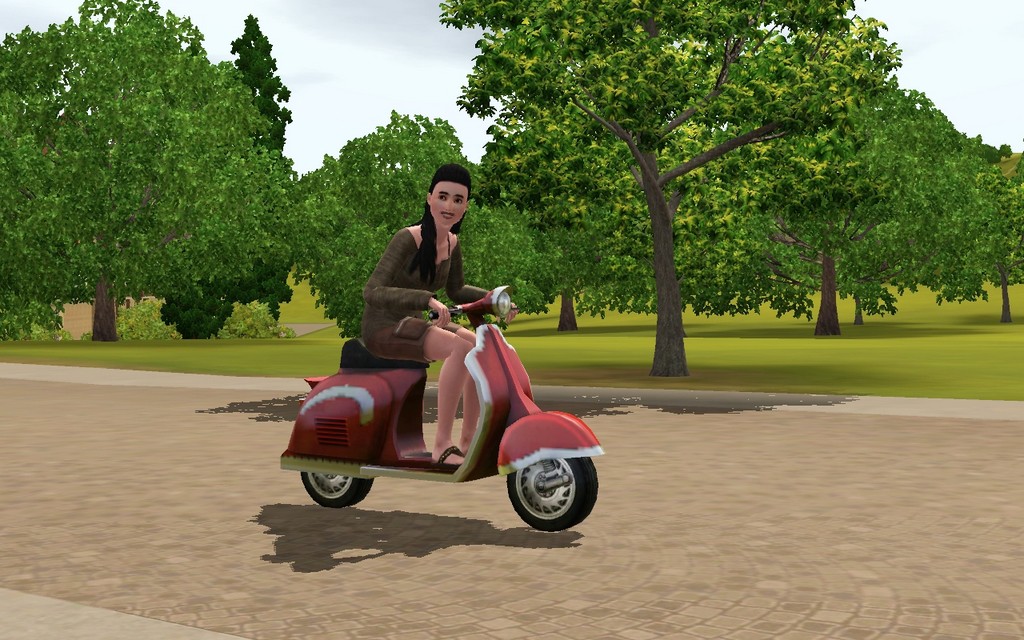 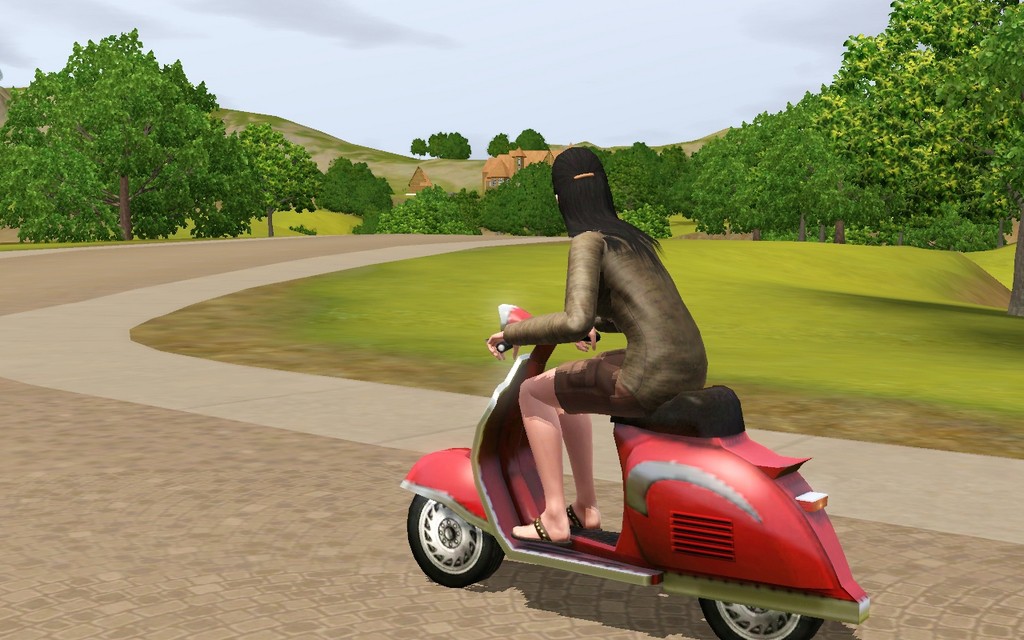 Violetta does a bit of sightseeing and seed and gem hunting.

She has a lot of fun driving that scooter. 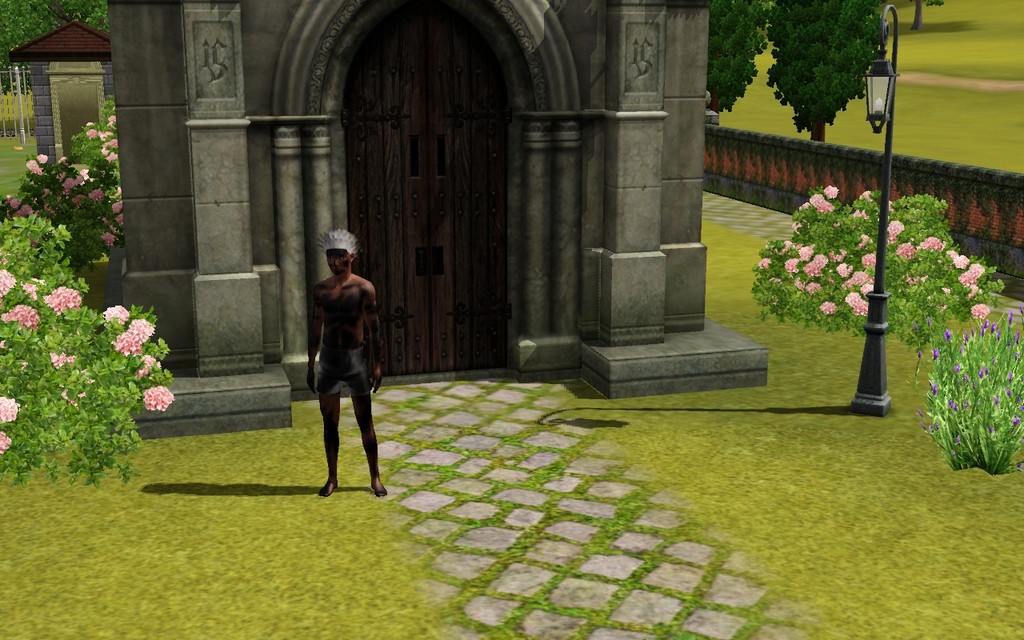 Paul encounters the french electrical bears. He finds a book, I think. 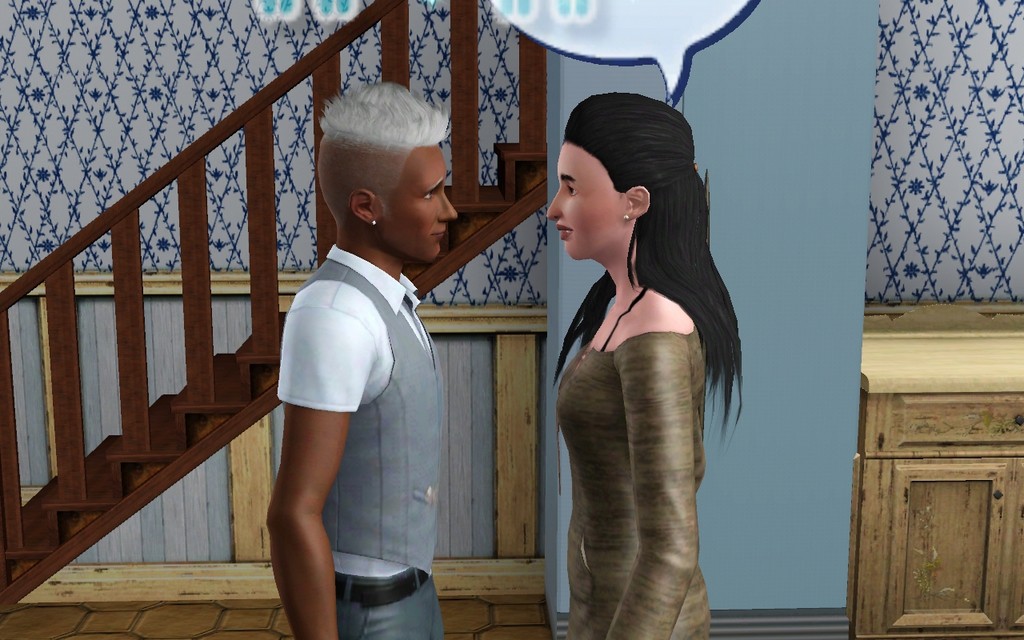 I thought, if Violetta meets a nice french man, we go for it, but she didn´t so… 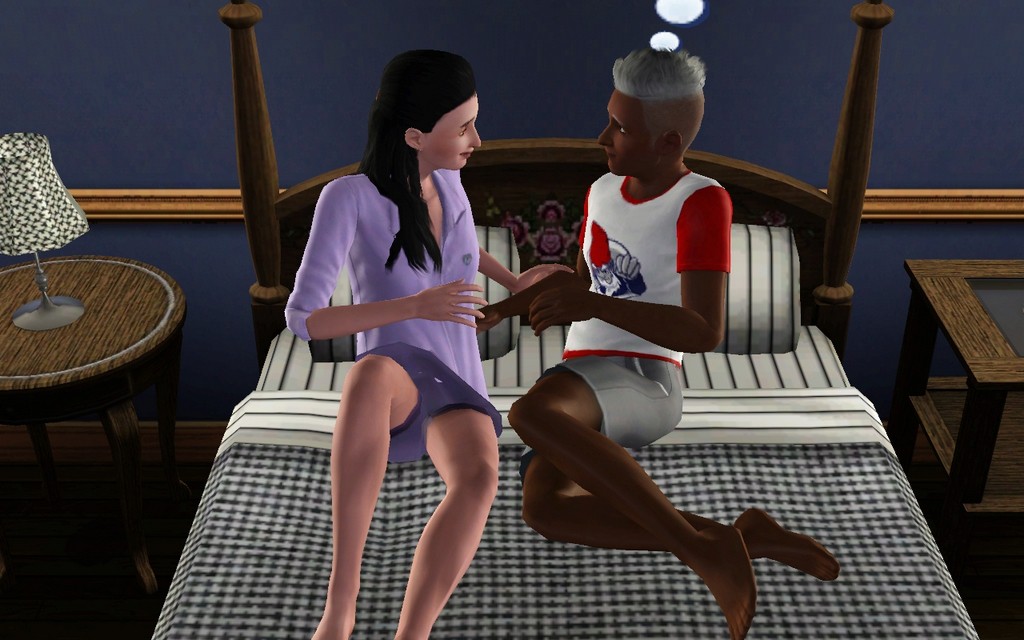 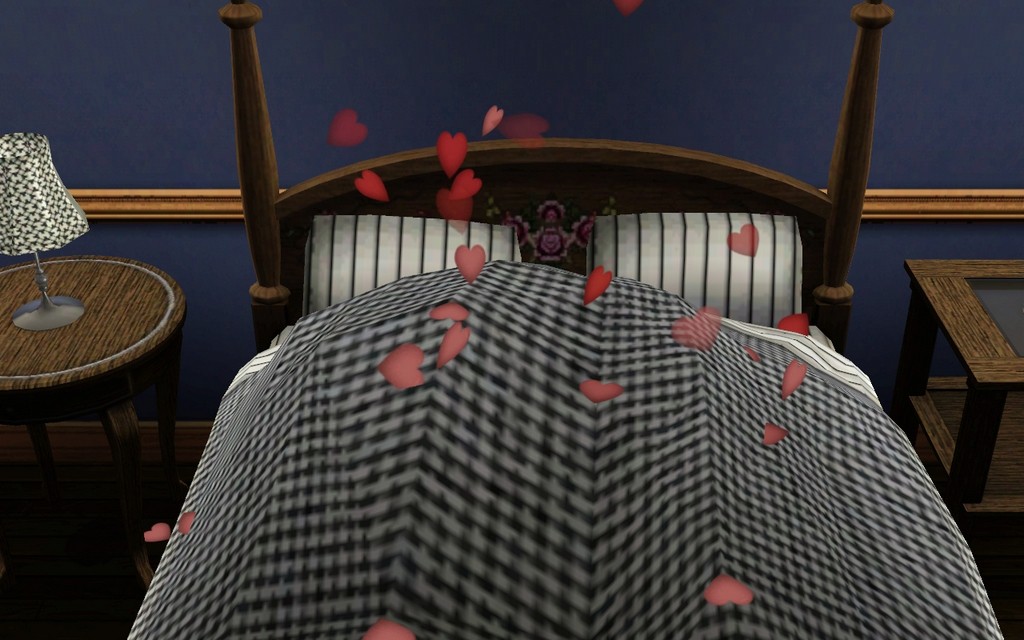 And they finally get to sleep in the same bed. They are so cute!