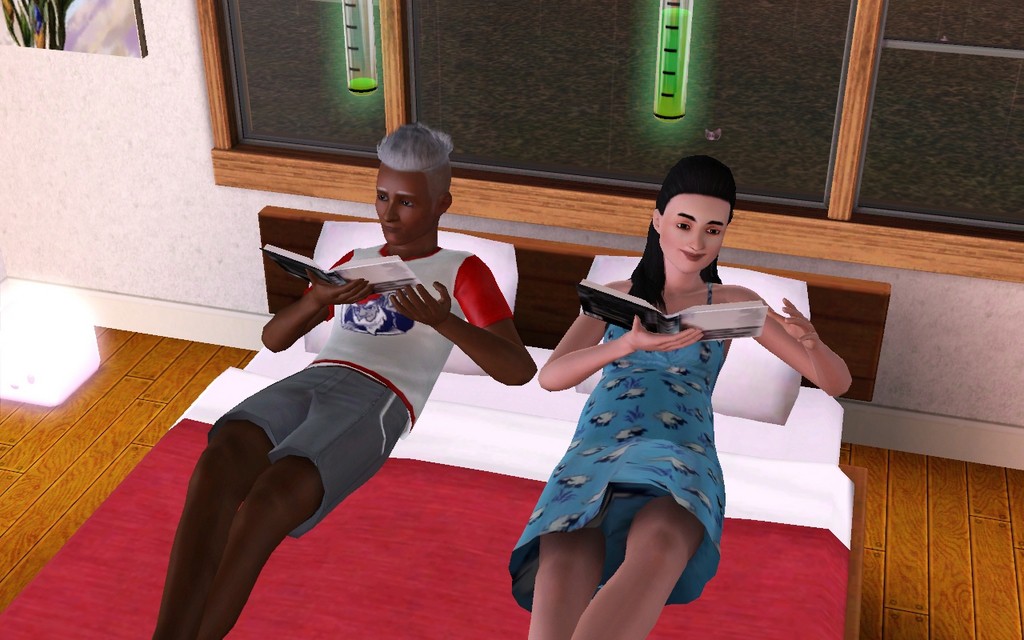 Violetta is pregnant and she and Paul rolled the wish to read a pregnancy book. 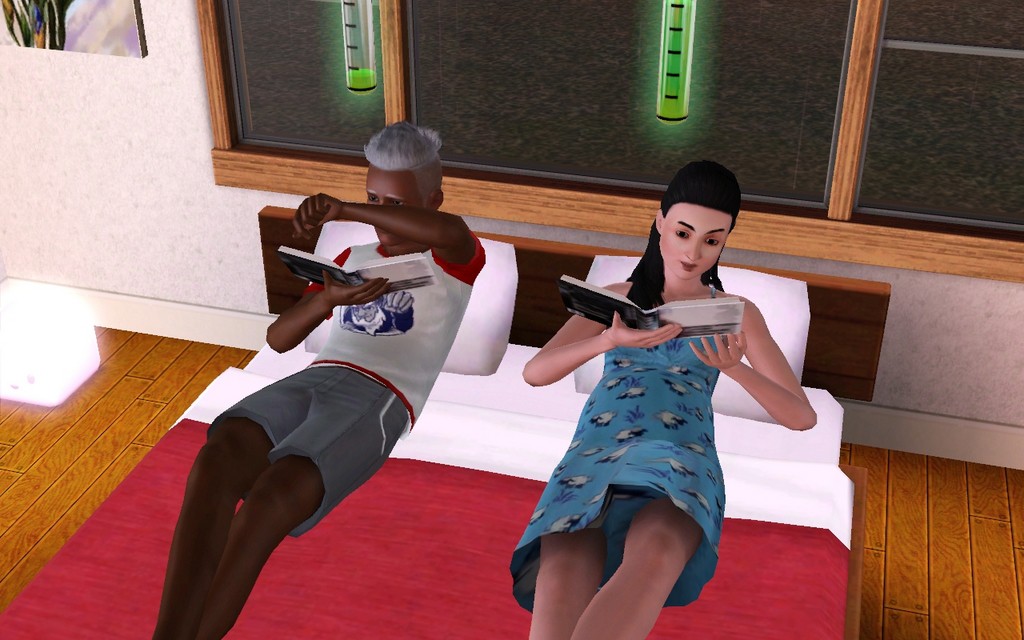 Violetta seems a bit worried, though.

Somehow I didn´t took any other pictures of her pregnancy. It´s already panic-time. 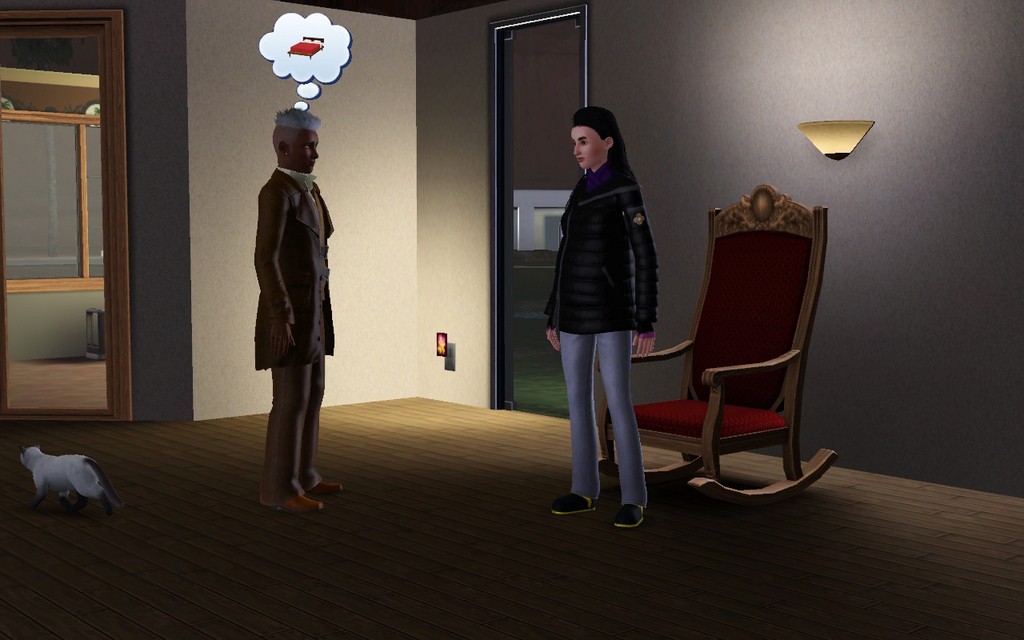 Paul: You better lay down, dear! 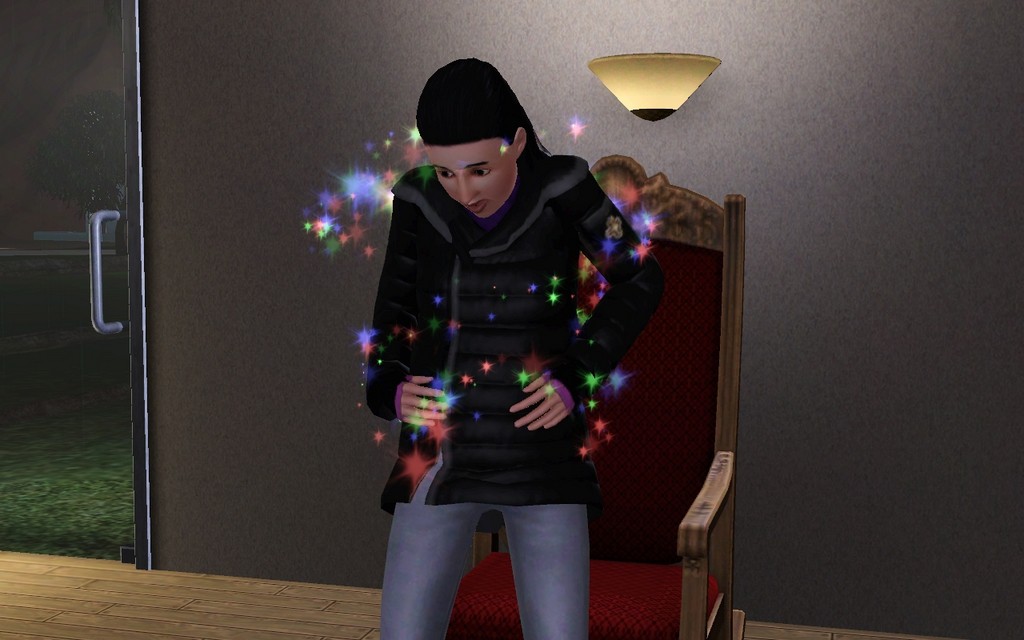 Well, too late for that… 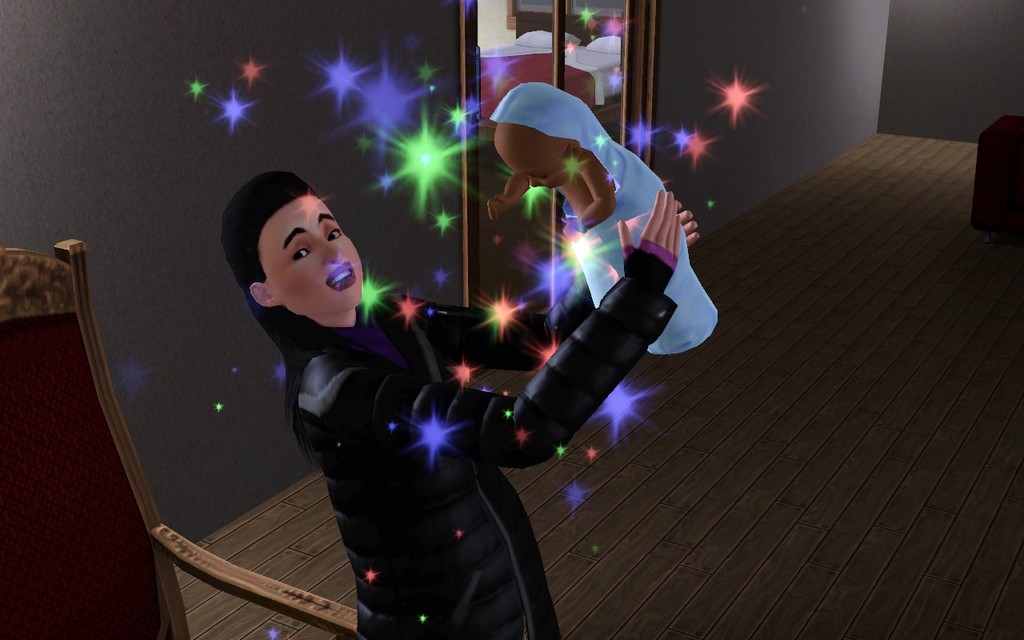 Violetta: Look, what I made! 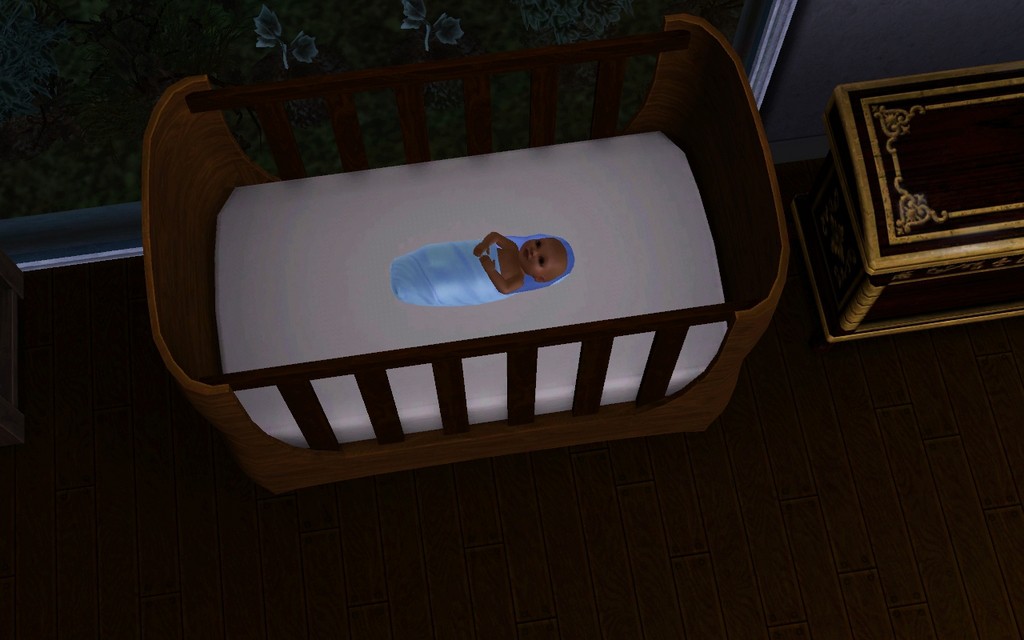 It´s a a boy! His name is Nathan. He rolled neurotic and excitable. 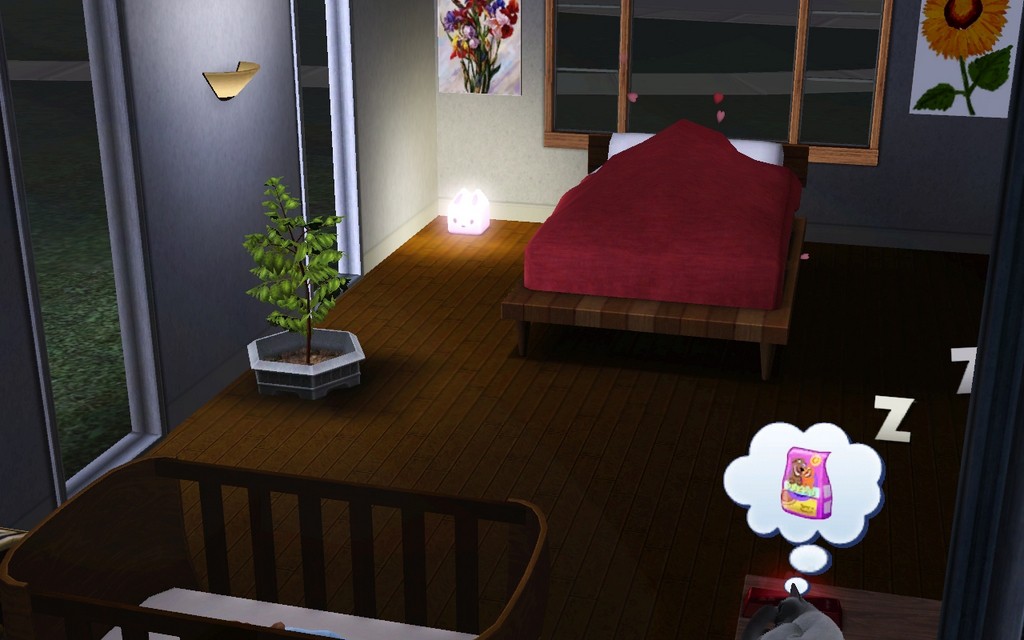 And as soon as he lays in his crib, his parents make him a sibling!

(I had them on autonomous risky wohoo.) 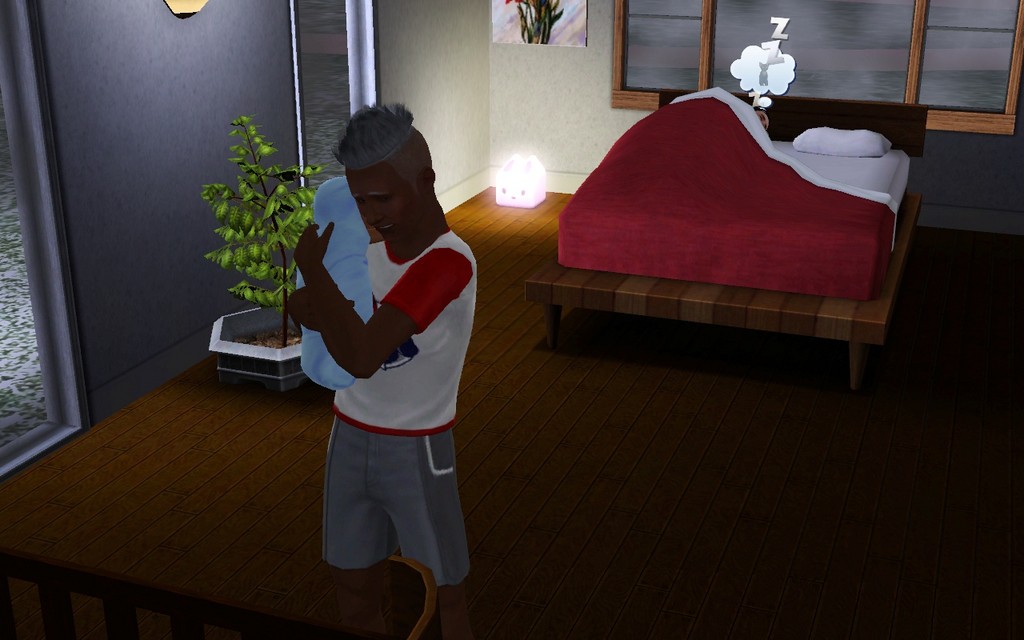 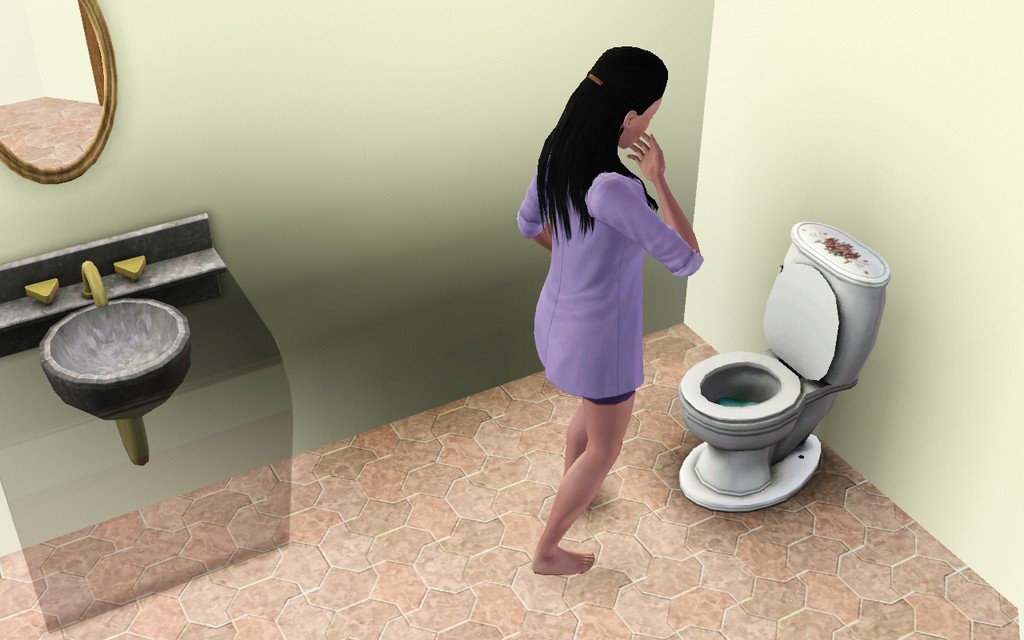 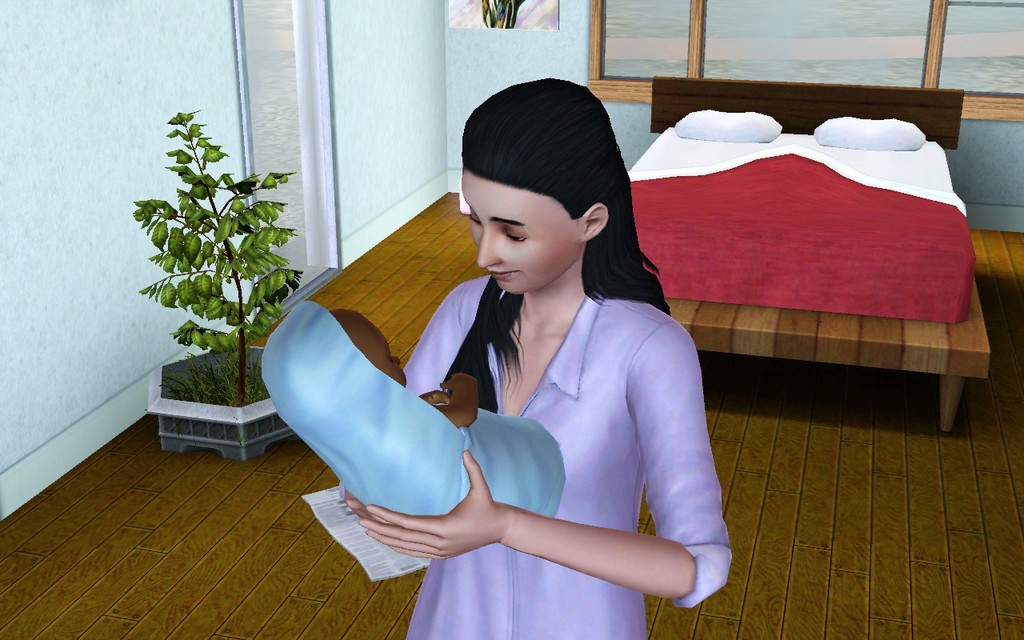 Violetta loves her little boy, too.

It´s already time for his birthday. 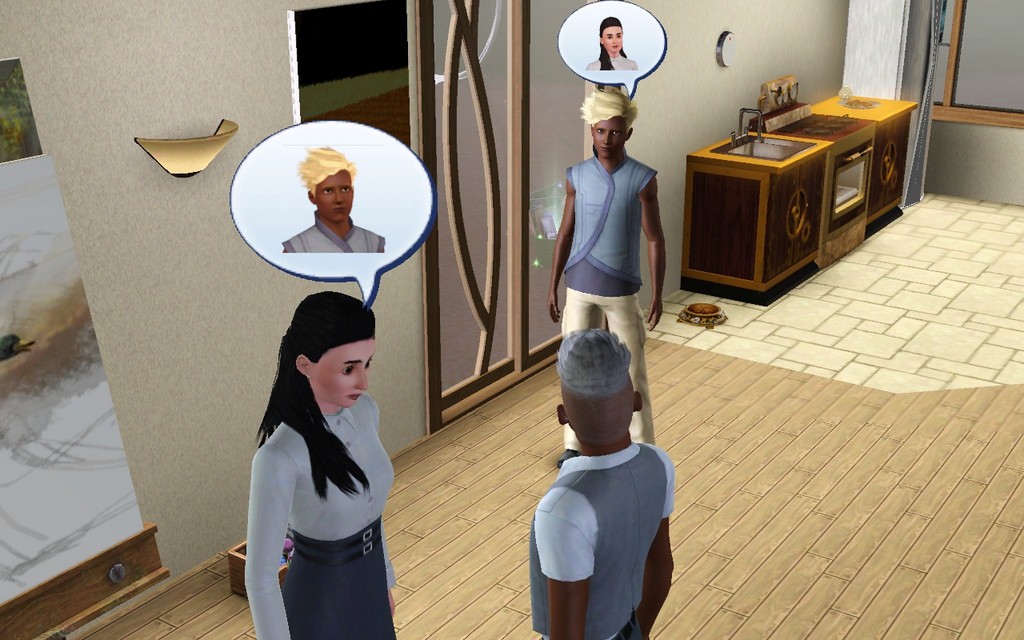 Violetta: Wow, same to you!

Sorry, Paul, your girlfriend is a hopeless romantic. She can´t help herself! 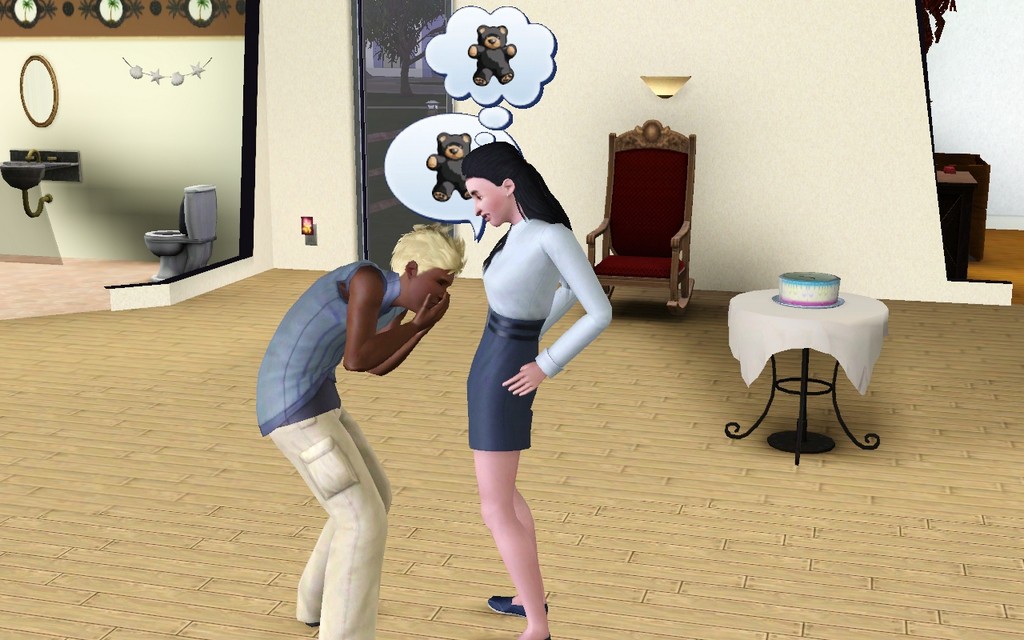 Jonathan seems to be psychic: he talks to the new baby, even though Violetta doesn´t „know“ she´s pregnant again. 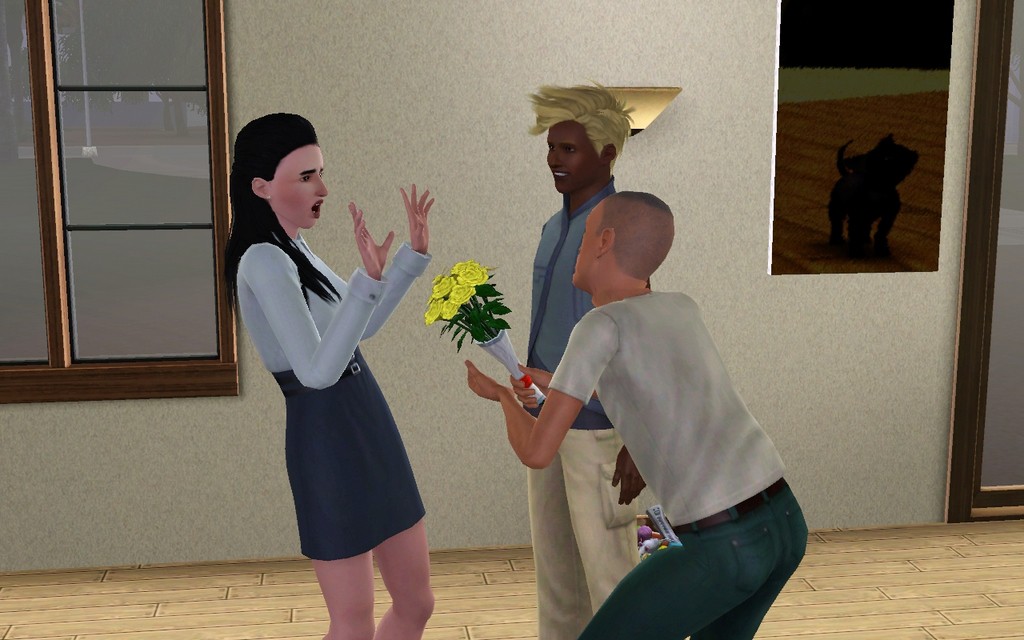 Hopeless romantic or not, she doesn´t accept flowers from Taj Diwan!

And it´s time for the cake!

Only Paul seems to care. The guests prefer to watch tv. 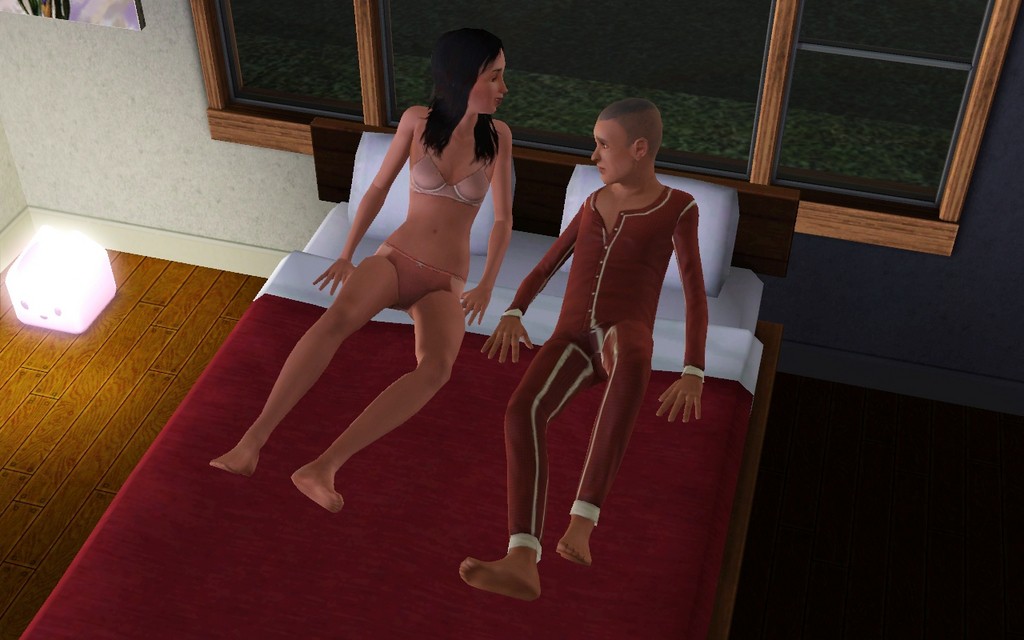 Or in case of Taj Diwan and his wife Zahra to wohoo in Paul and Violetta´s bed.

Put the baby on the floor…

And *poof* it´s a toddler! A very colourful one. 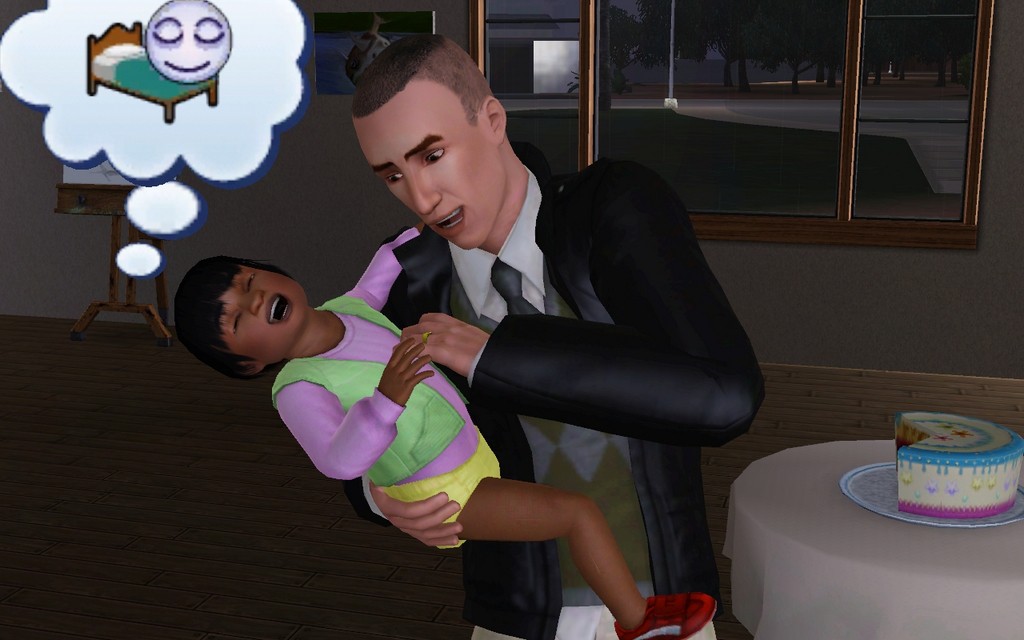 Phoenix Ross stays in our good books by instantly playing with him. 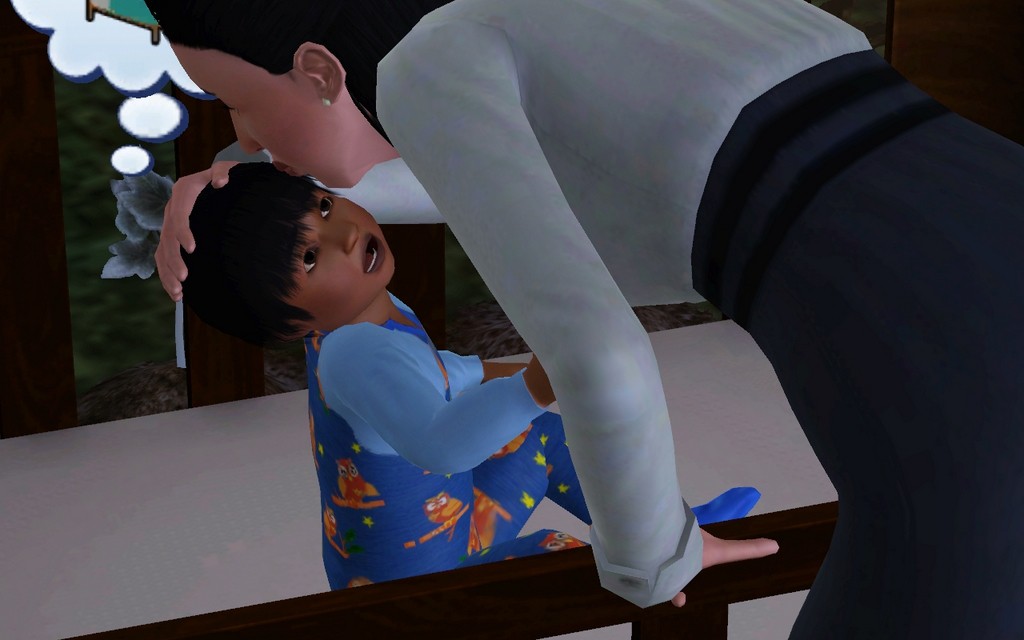 But he´s tired, so after makeover it´s time for bed. 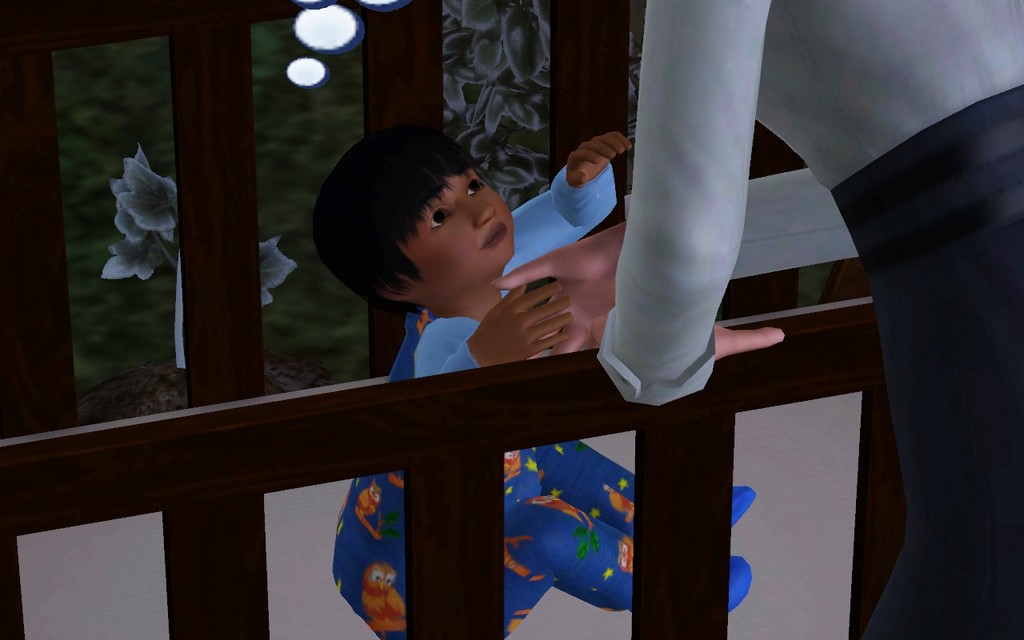 He most definitely has Violetta´s nose! 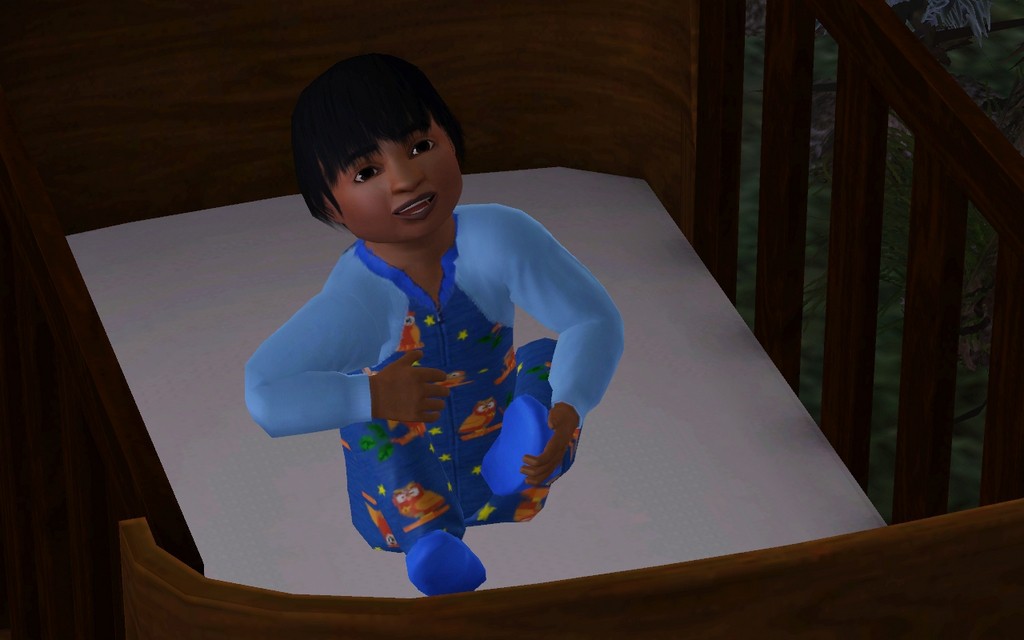 But he´s a cute one!