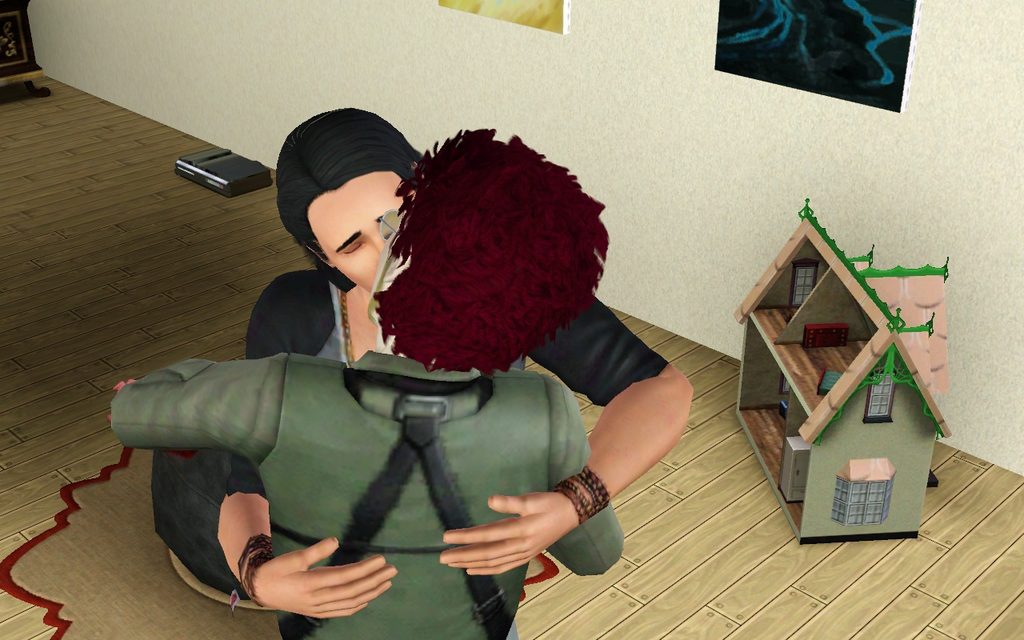 Okay, no more clicking on Miles stressed-out moodlet. He doesn´t even have the „attractive company“ moodlet under normal circumstances, but as soon as he´s stressed he´s all about making babies with his second cousin. 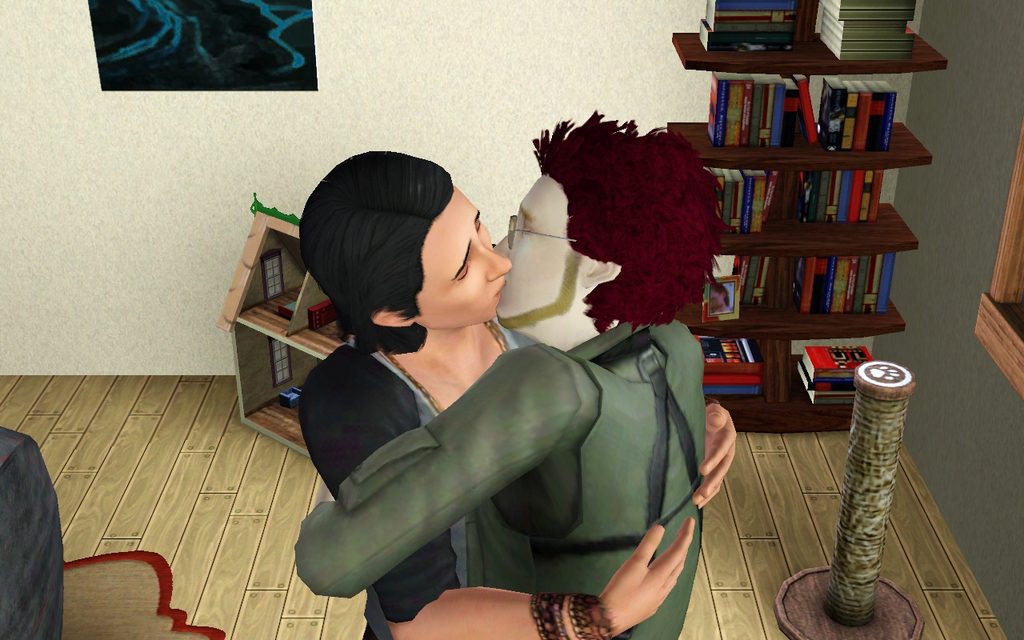 They would have made a cute couple, though. 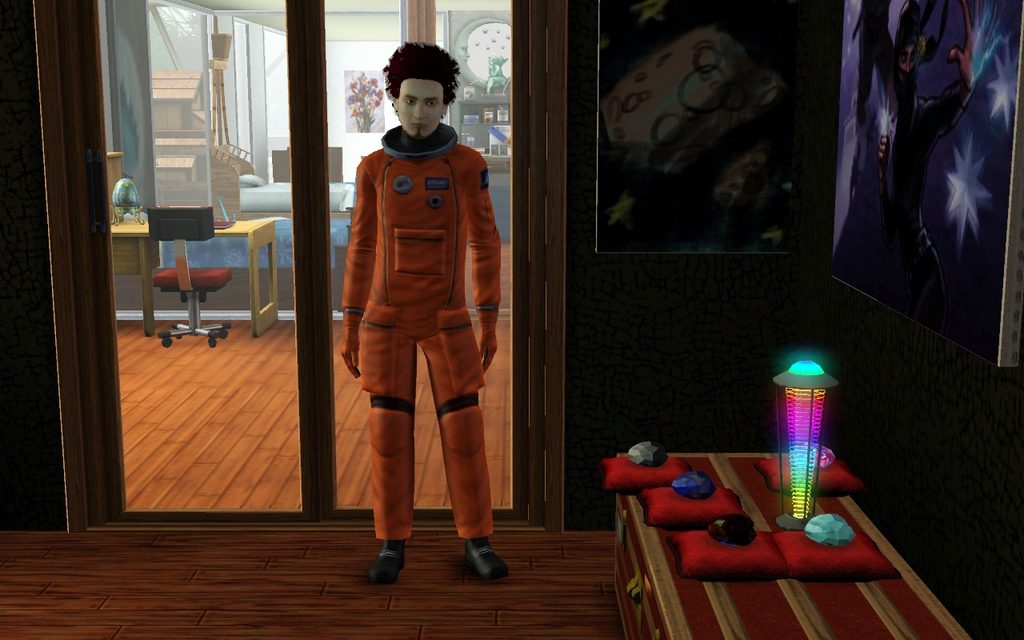 Miles reached his lifetimewish by the way – he´s now an astronaut.

And Catherine grew up. I think she´s got her grandpa Jovan´s hair. 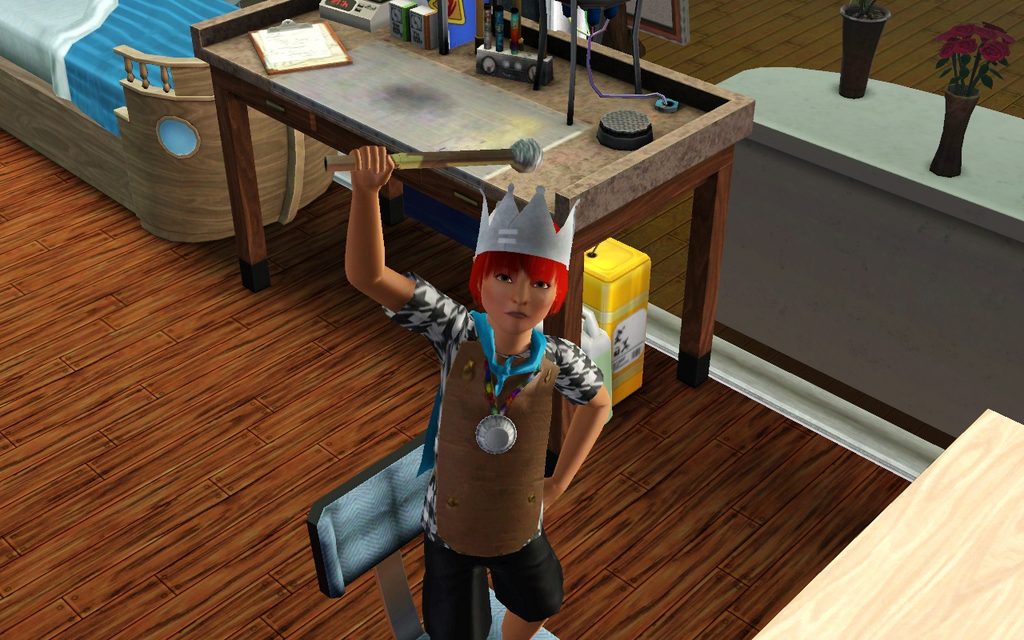 Randolph loves to preside over his royal court, like his great-grandpa Nathan. Speaking of…

He´s a ghost but still a witch! Is this a glitch? It´s cool! 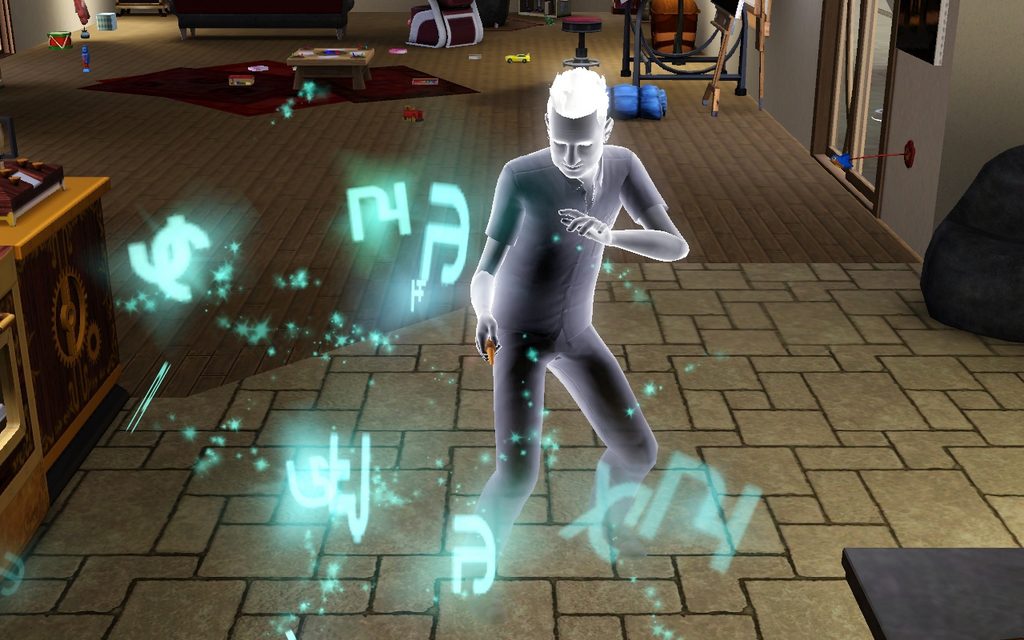 The only difference is, that he´s now using a wand instead of his hands. 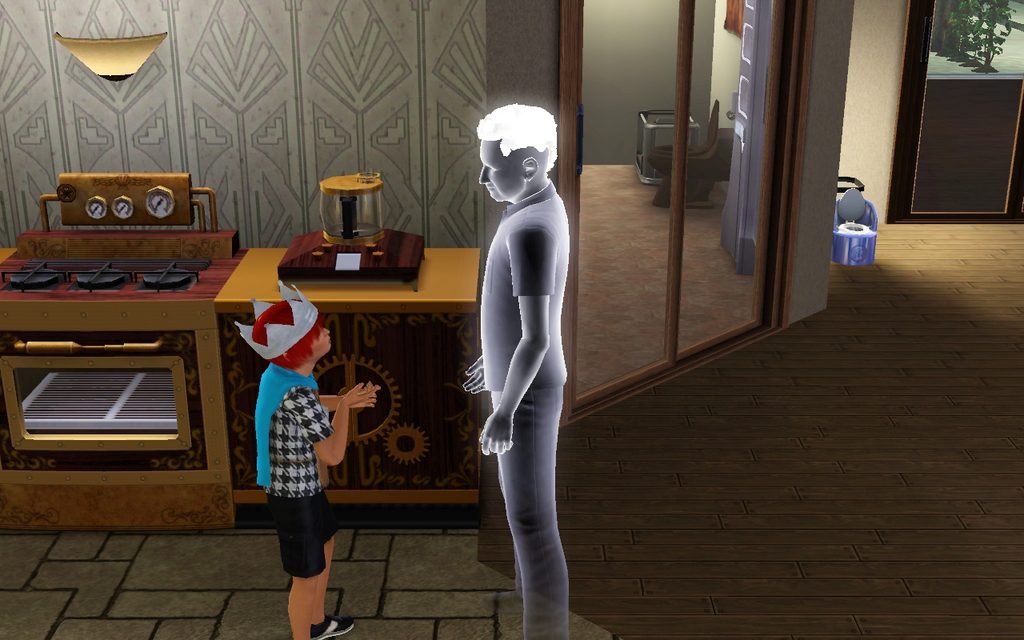 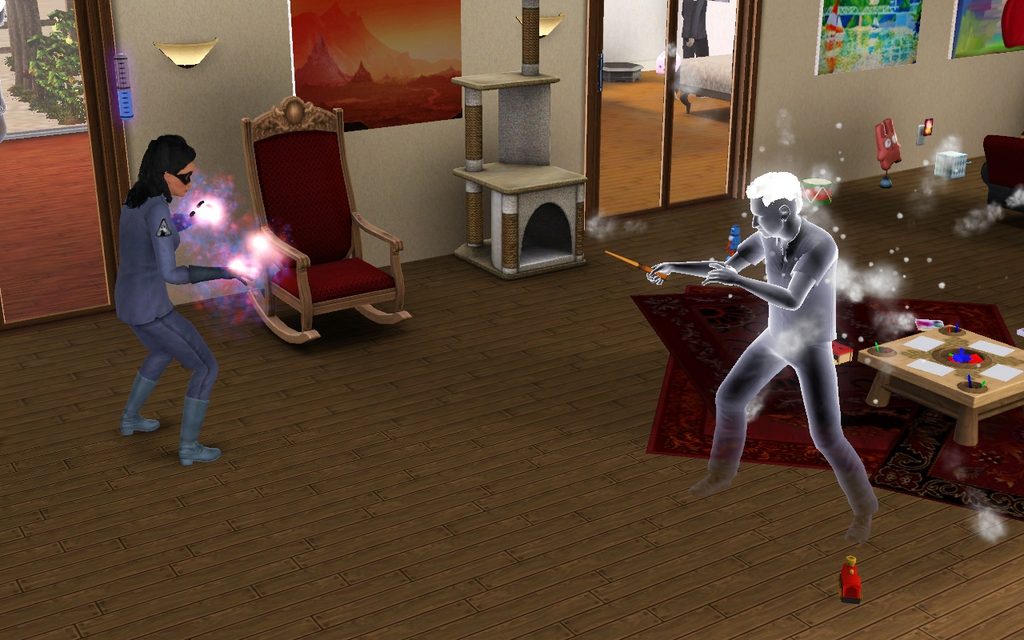 Fiona on the other hand prefers to start a duel. 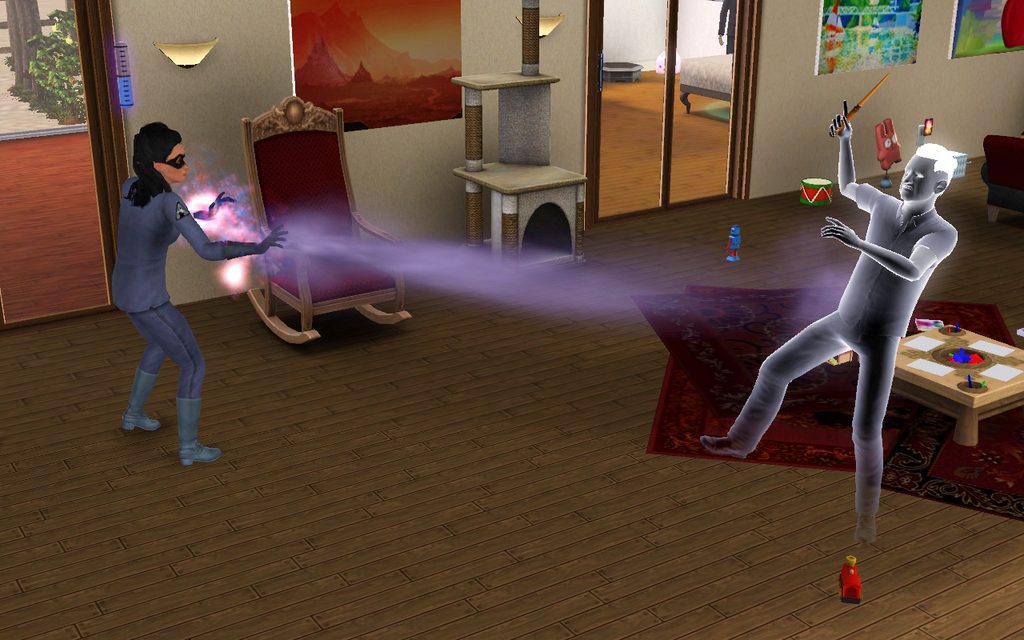 Nathan loses. Must be the crappy wand. 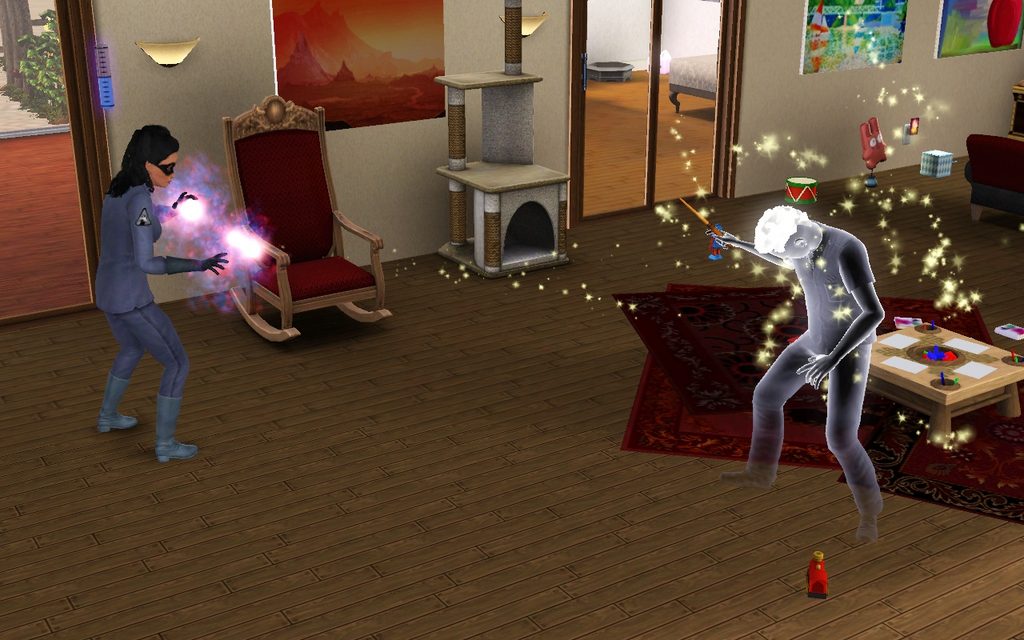 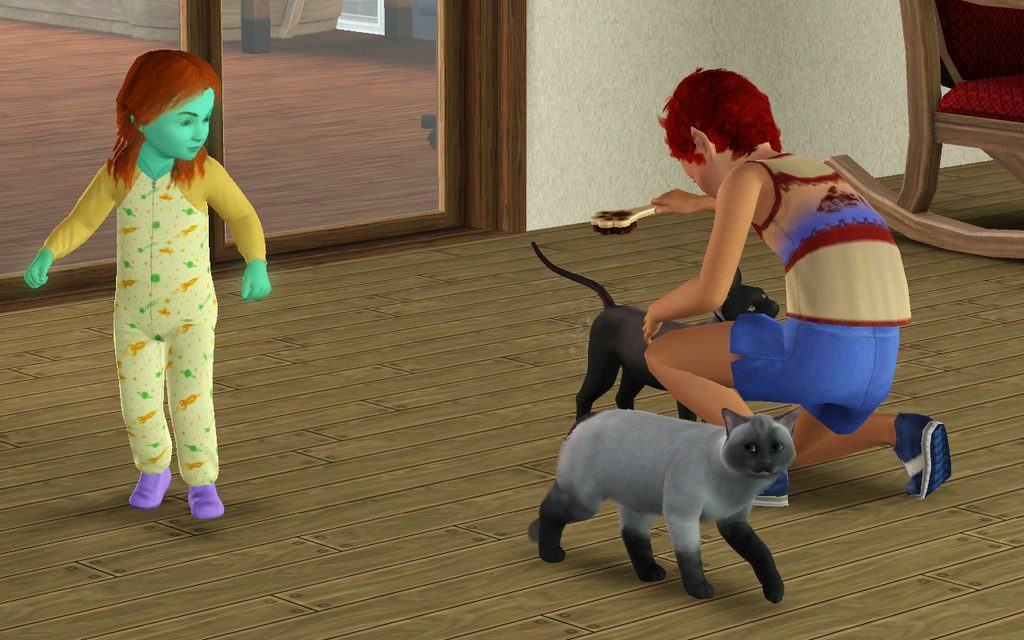 Cathrine: Wait for me Suzie!

Susan: In your dreams, runt. 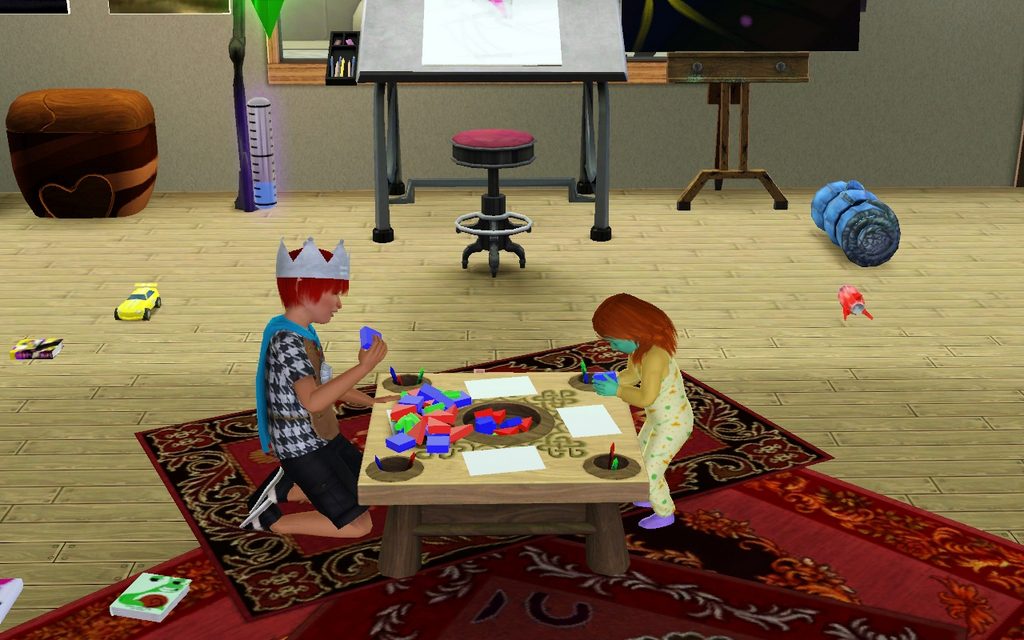 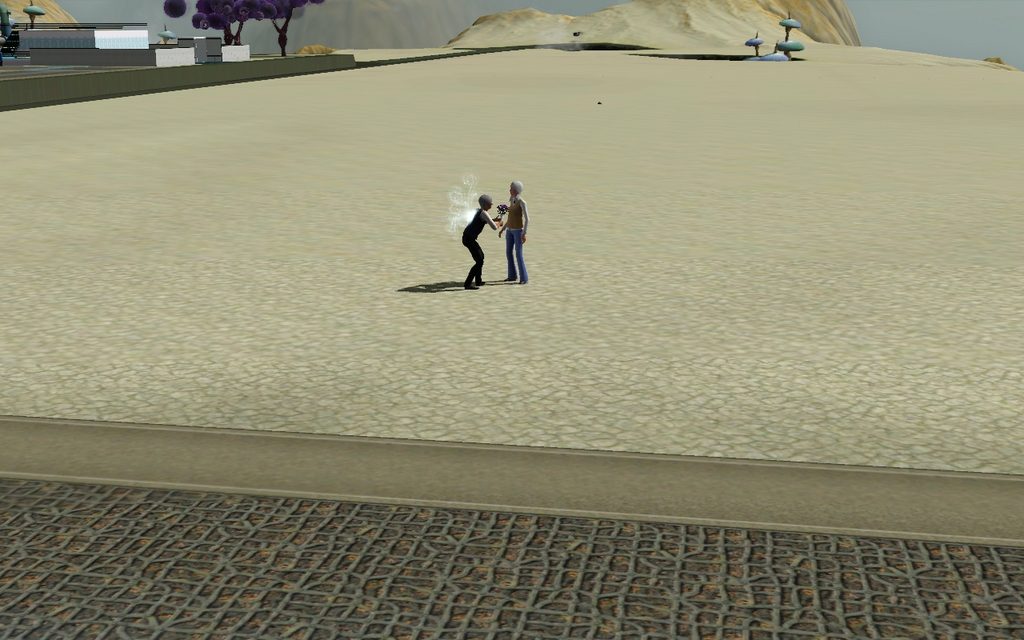 I misclicked and sent Pauline on a date with Jaron. 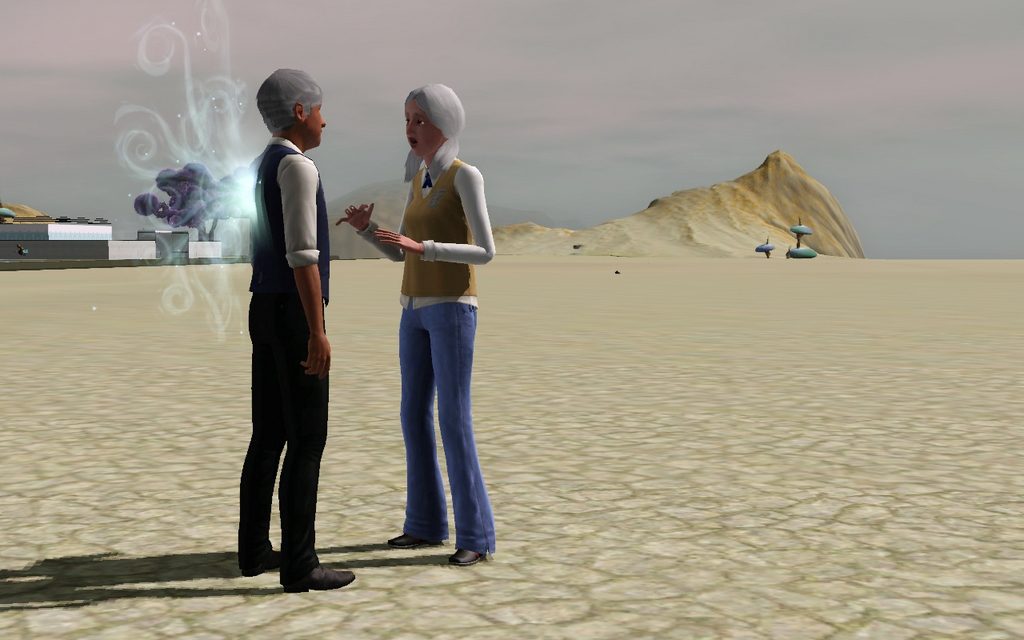 After rejecting his flowers, they have a nice chat. 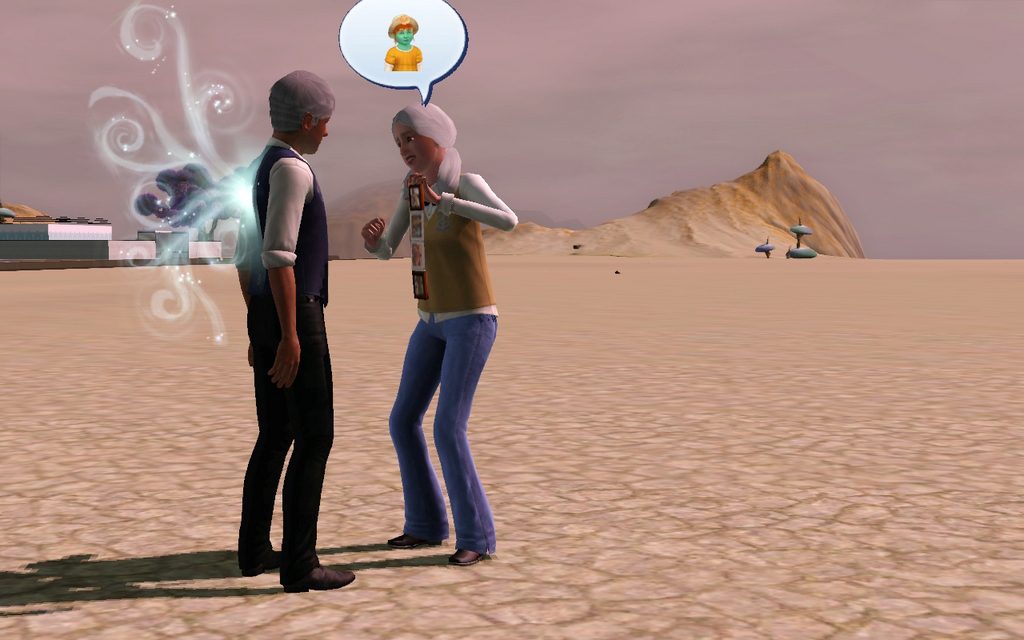 Pauline boasts with her grandchild. 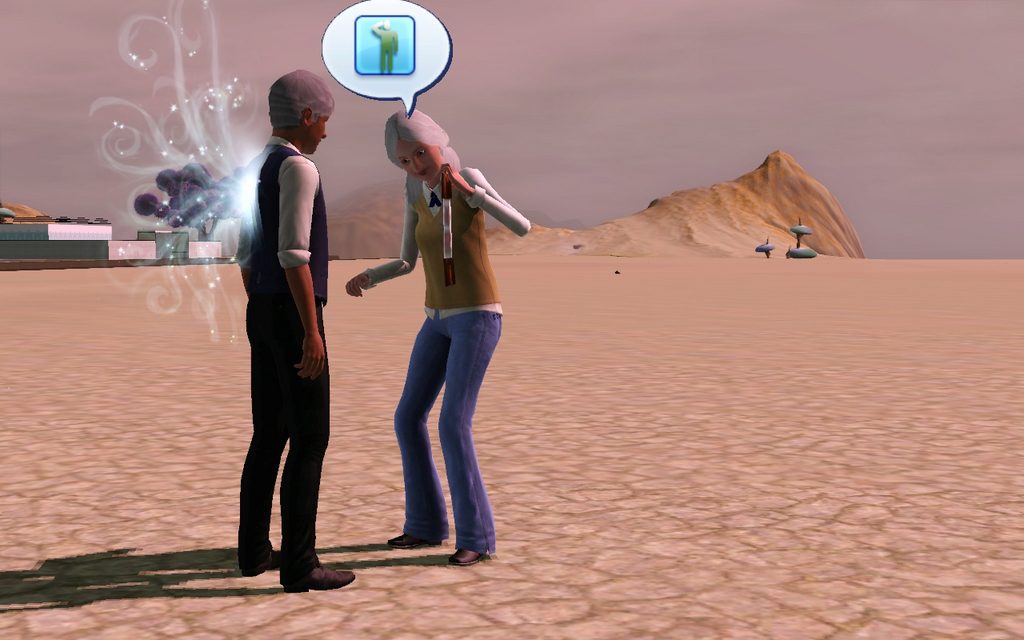 And here she speaks about Catherine´s hidden trait „can salute“ (because Miles is in the military). Never seen that before. 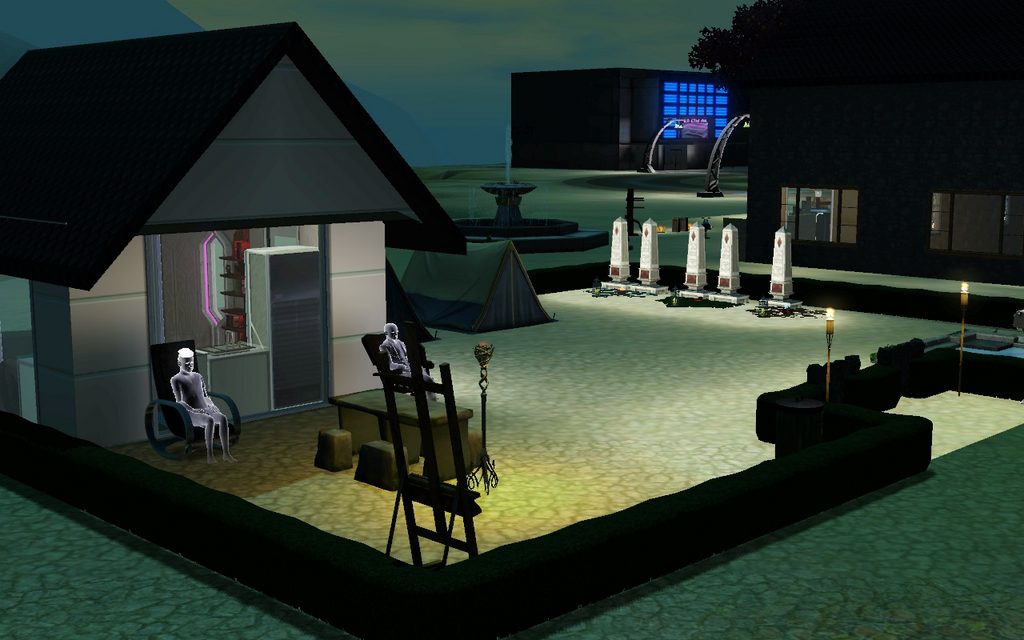 I had to move the ghosts out – they were out all day and everyone dropped their action queues, because they had to react to them. So I made a little lot next to the house, bought it and made a ghost playground. 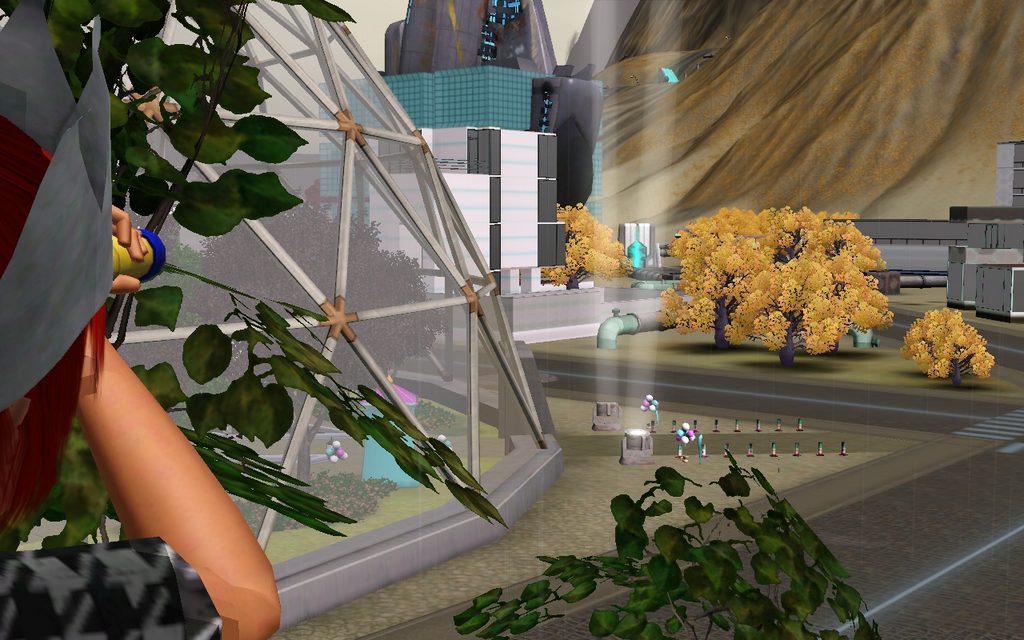 He actually seems to be able to spy something. 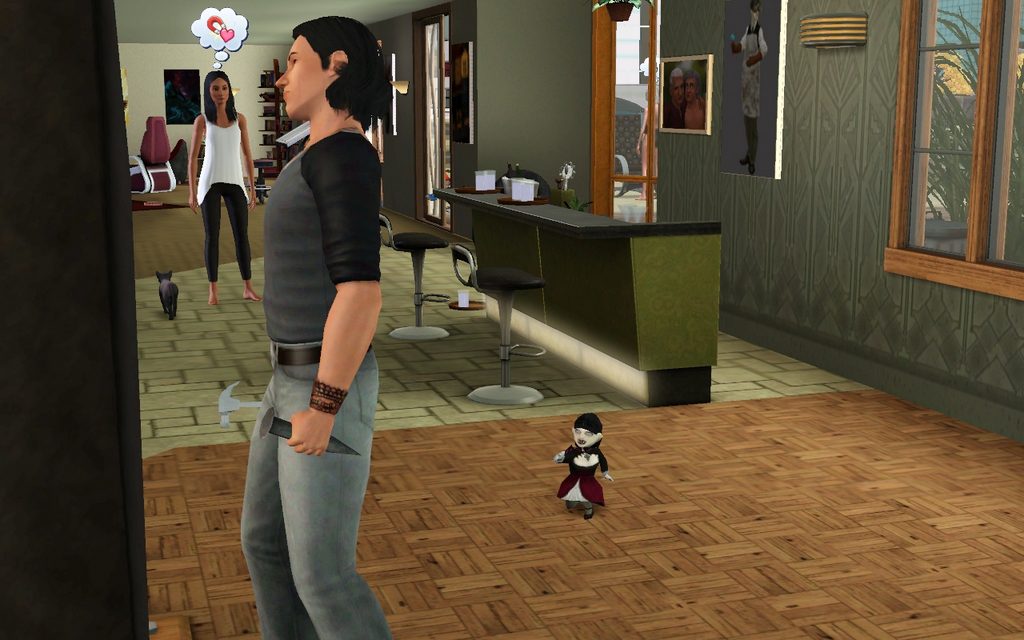 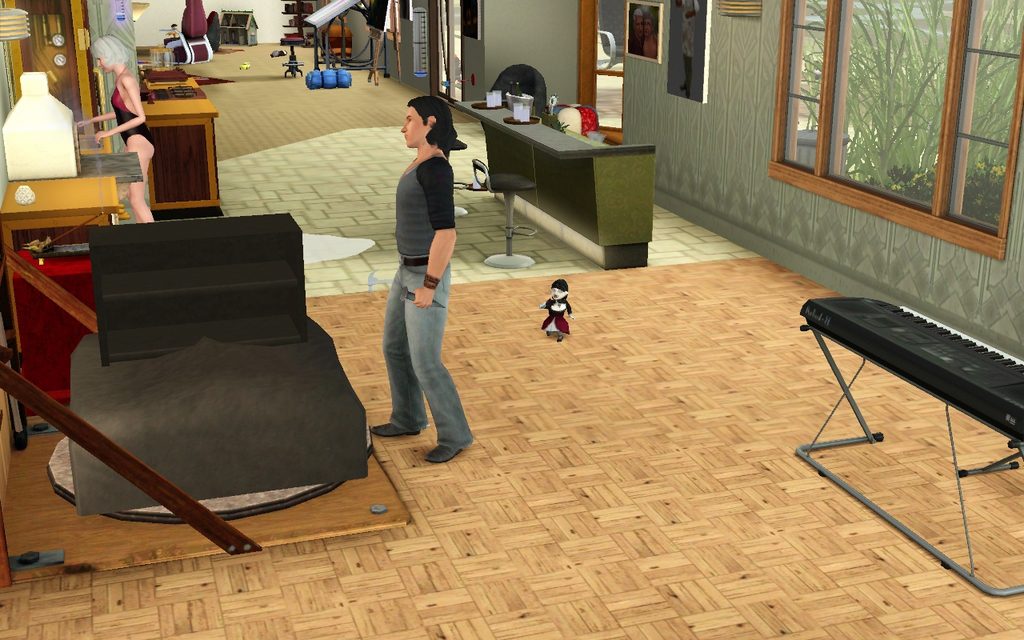 He makes a wine rack. Or something. 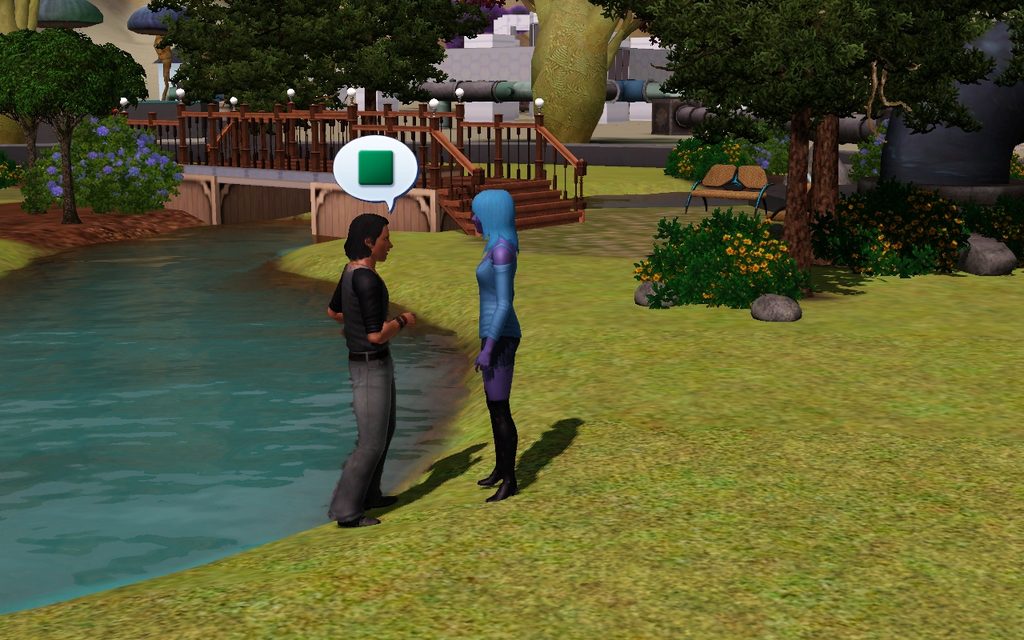 This was a fun date. They kept standing on different levels. 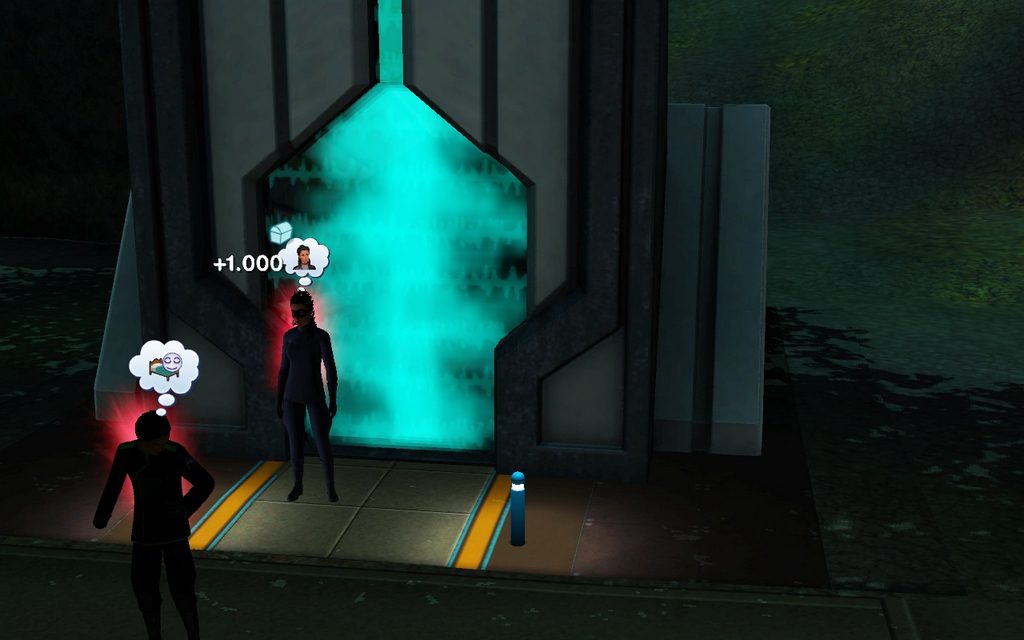 I just don´t know who the other glowing guy is. Did she kick him out? And what happened to Teagan? Perhaps she´s already retired.