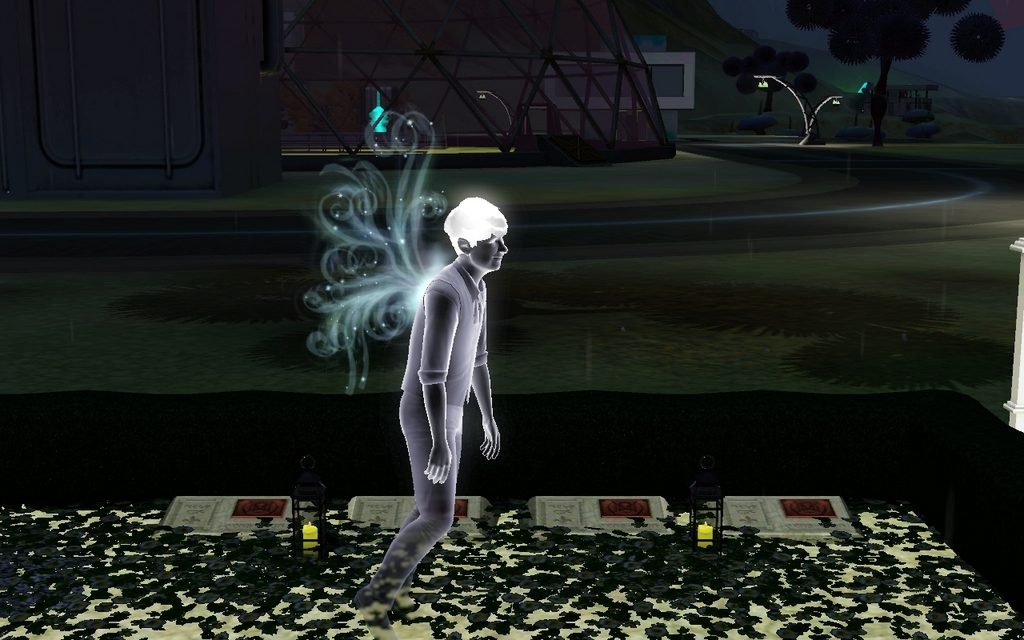 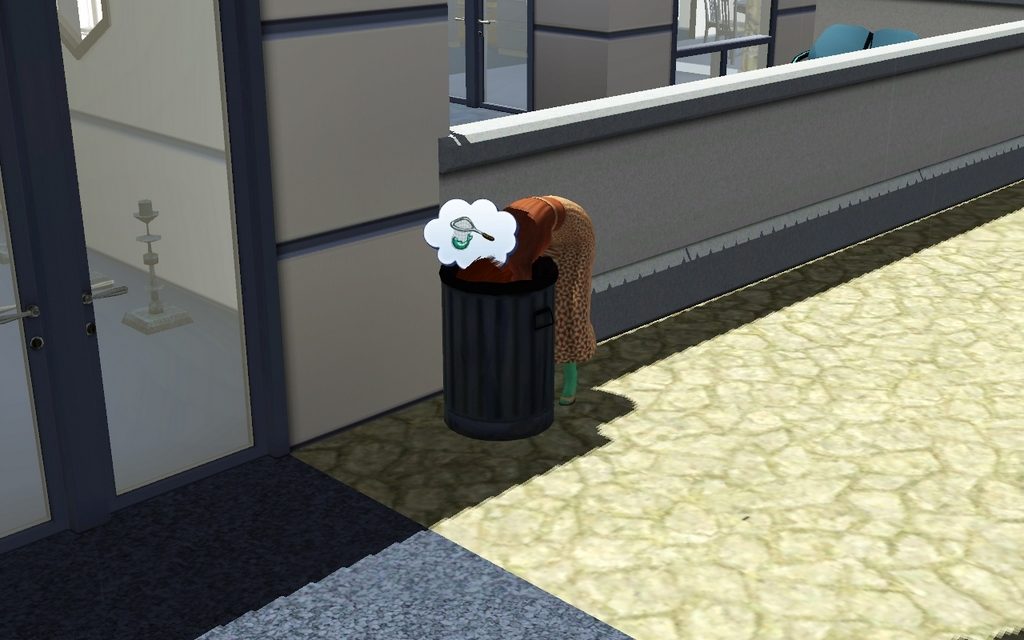 Catherine has to write articles for her job in journalism. I think it´s easier to dig through other´s people trash than hunt them down and talk to them. 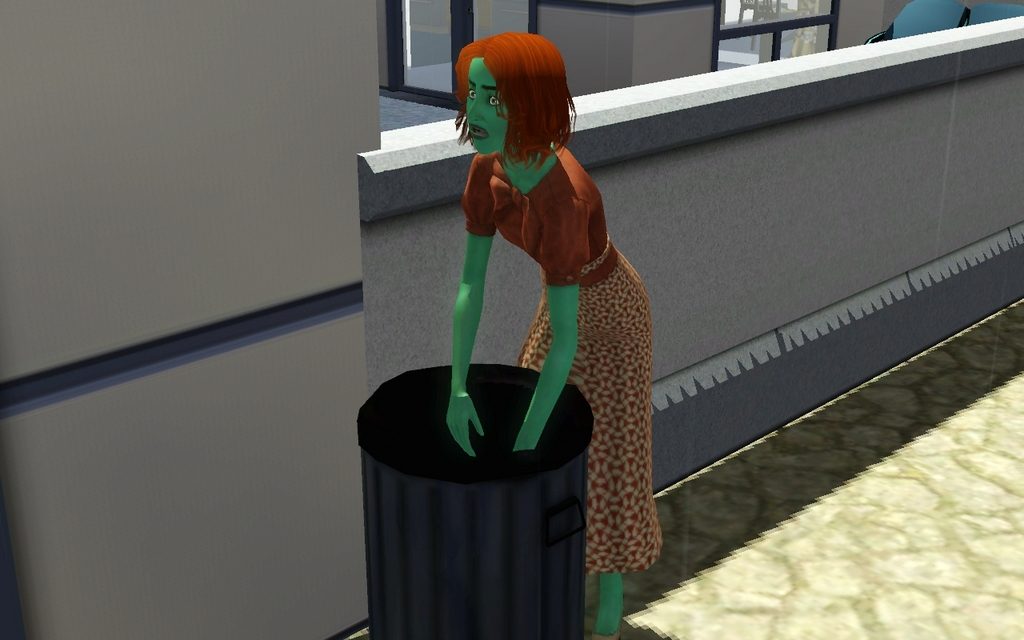 Catherine: Did somebody see me? 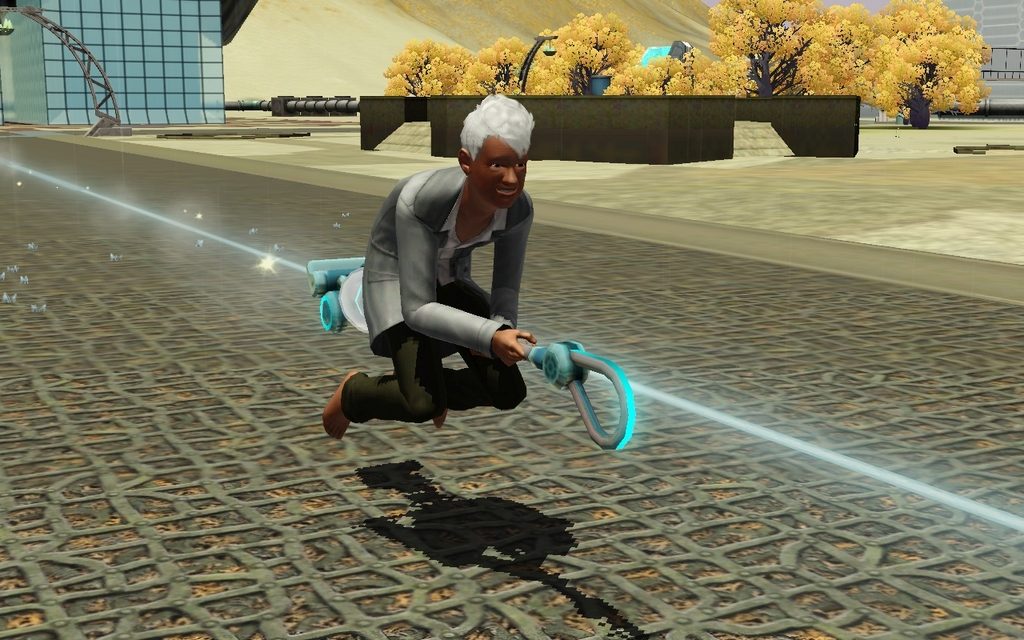 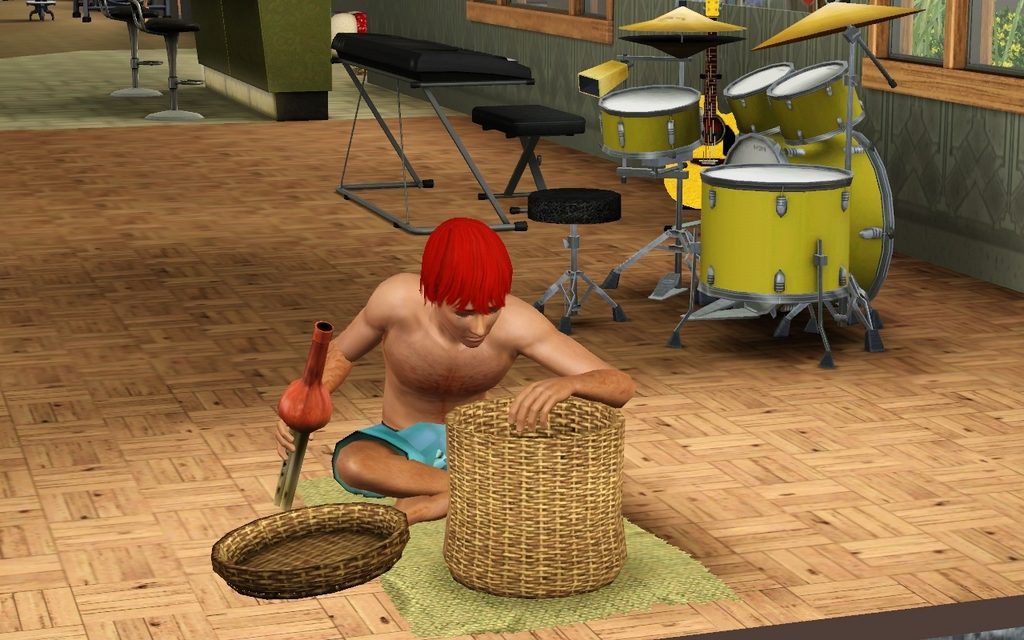 We bought a snake basket in egypt.

Randolph: Is there actually a snake in here? 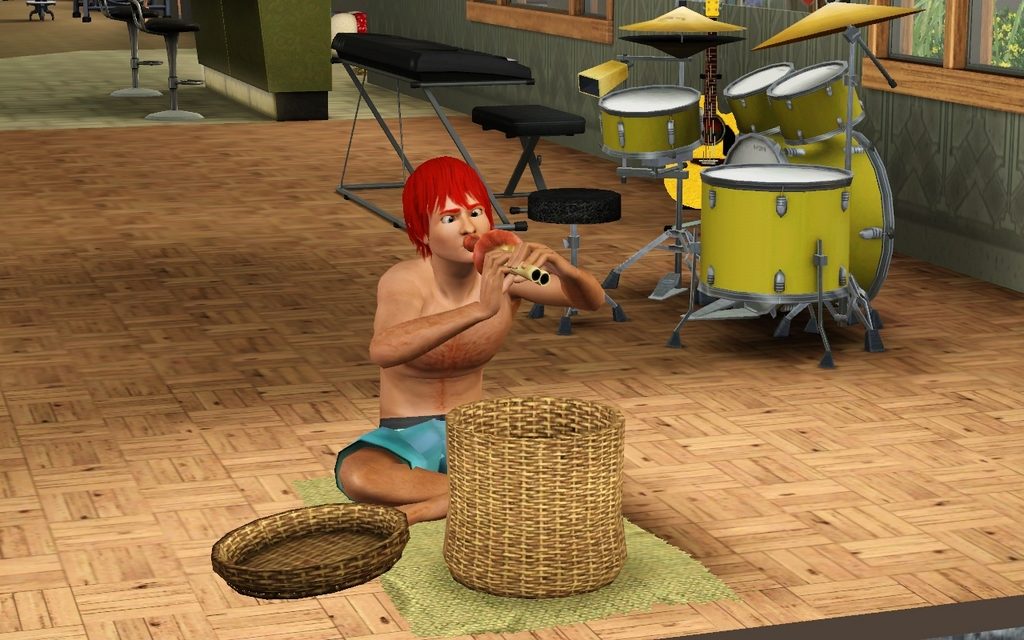 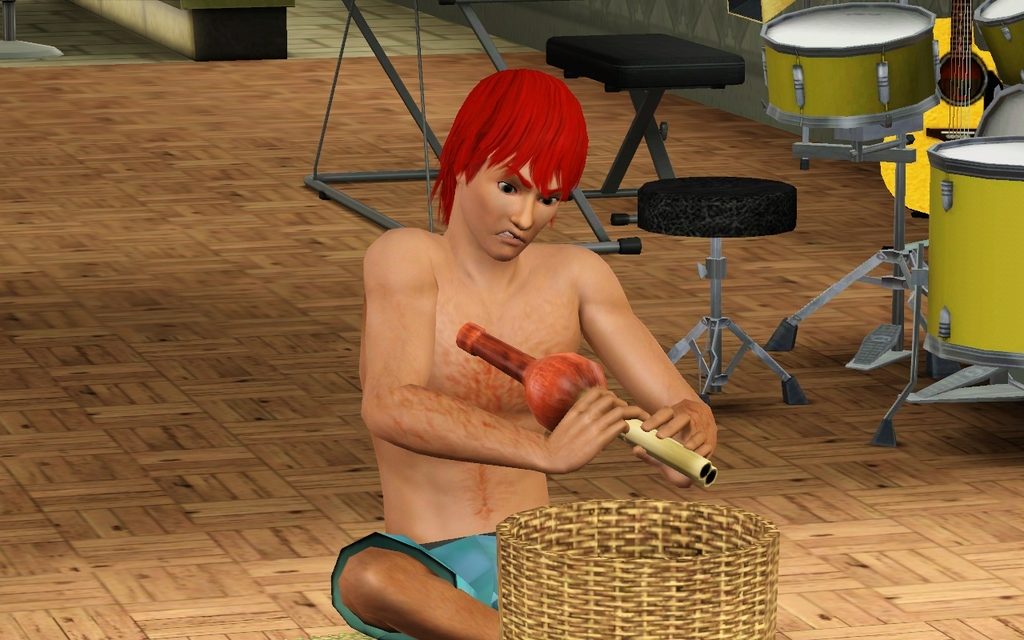 Randolph: This thing must be broken! 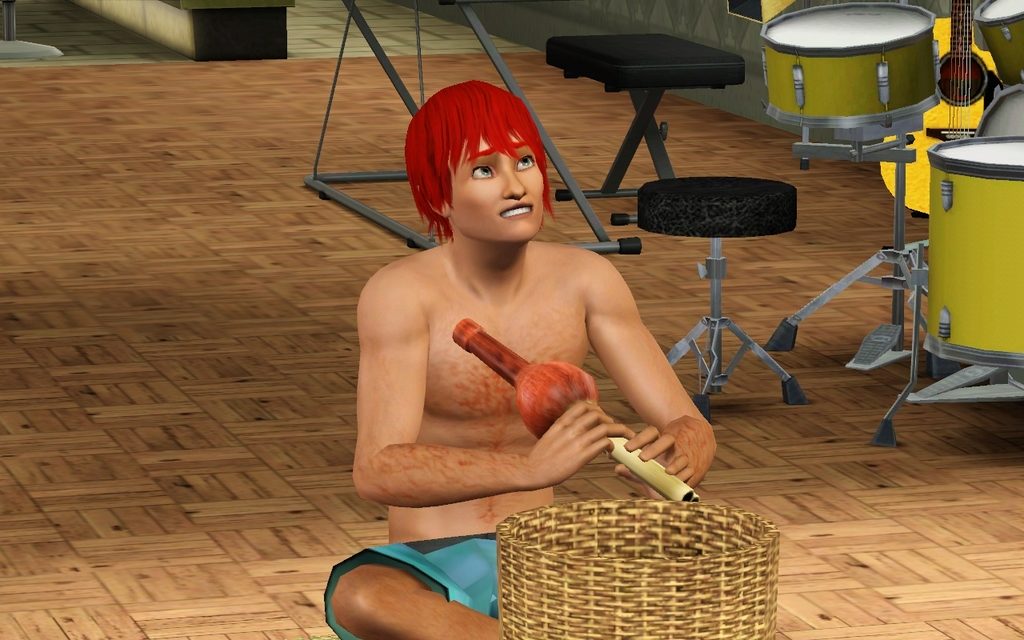 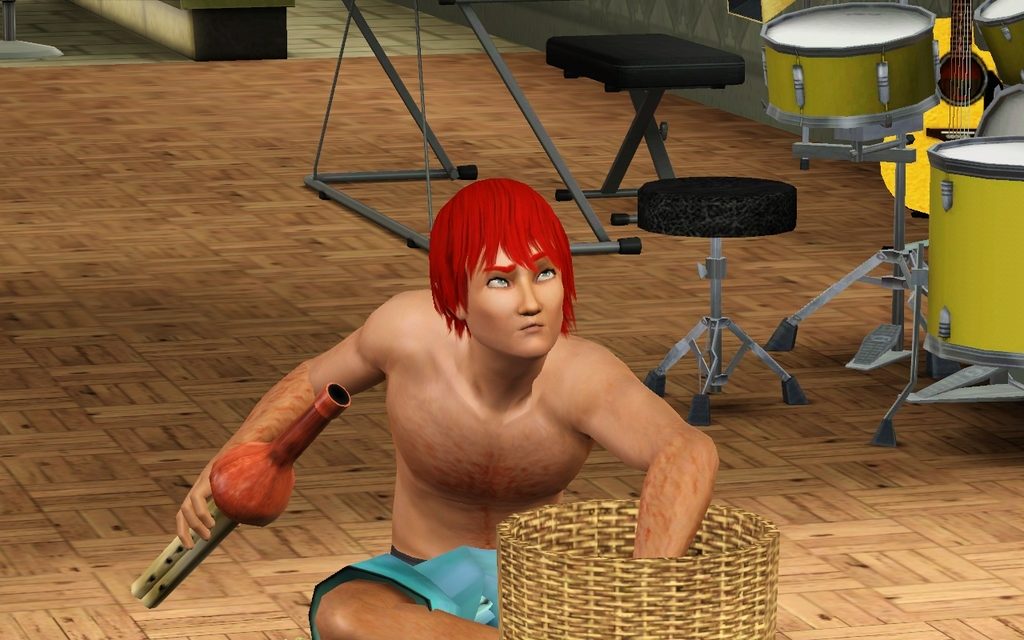 Randolph: Seriously, where is this snake?

He got quite buff. Don´t really know how, although he sometimes does a lot of sport autonomously. 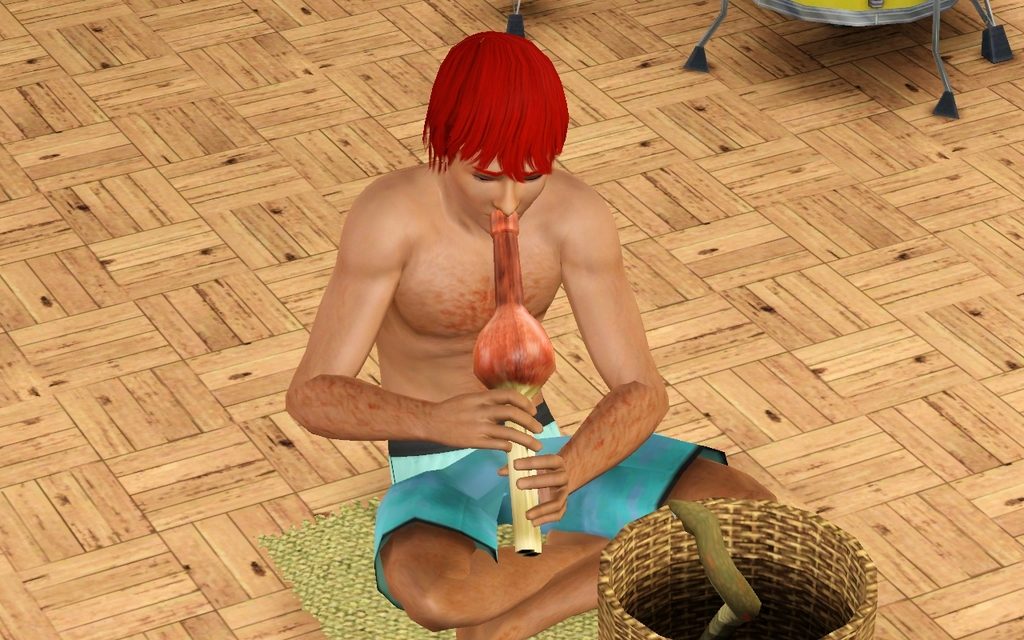 This two are still going strong. Although Miles is now an elder and Gabby still a young adult.

I downlowded some female clothing for men, because I wanted them for another save I´m playing. I then decided, Randolph will be the first to try them. Not because he´s insane, but because he´ll look fabulous!

Randolph: I DO look fabulous!

I didn´t find any stockings I liked though, but with his rather hairy legs, I think he needs some. So he´s wearing the mermaid stockings. 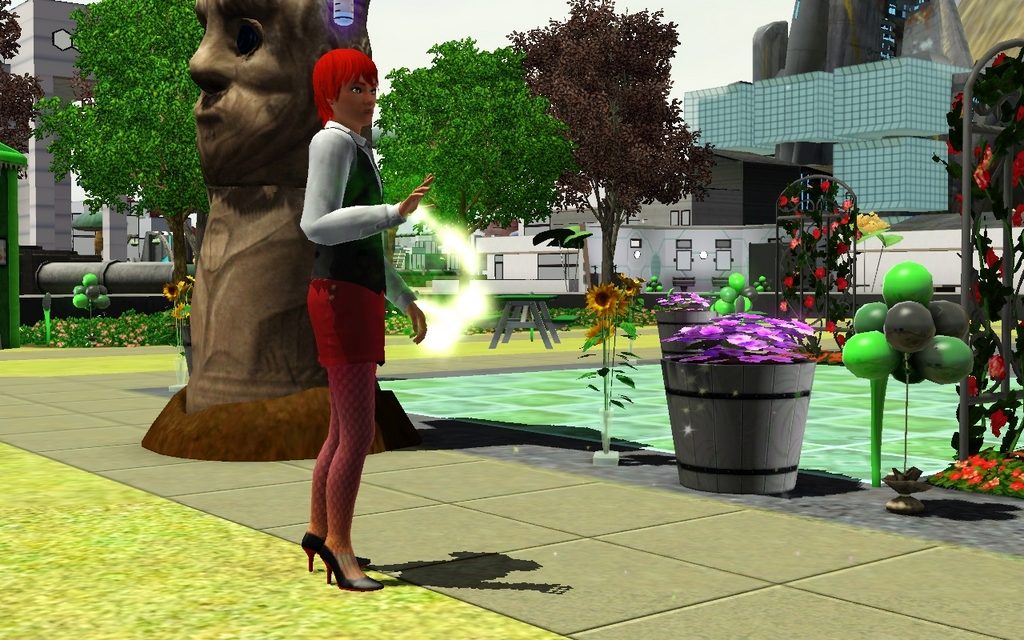 He has to practise a lot of magic to reach his lifetimewish. 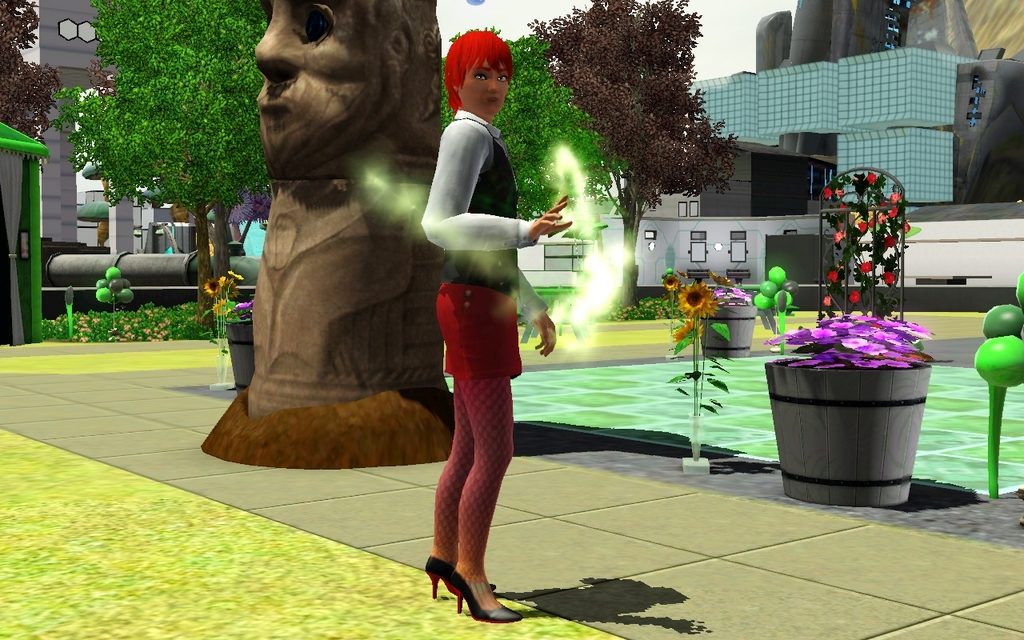 Randolph: Does someone want a good luck charm? Or rather some toadification?

Amber with all her pets. Well, she´s got a big house. 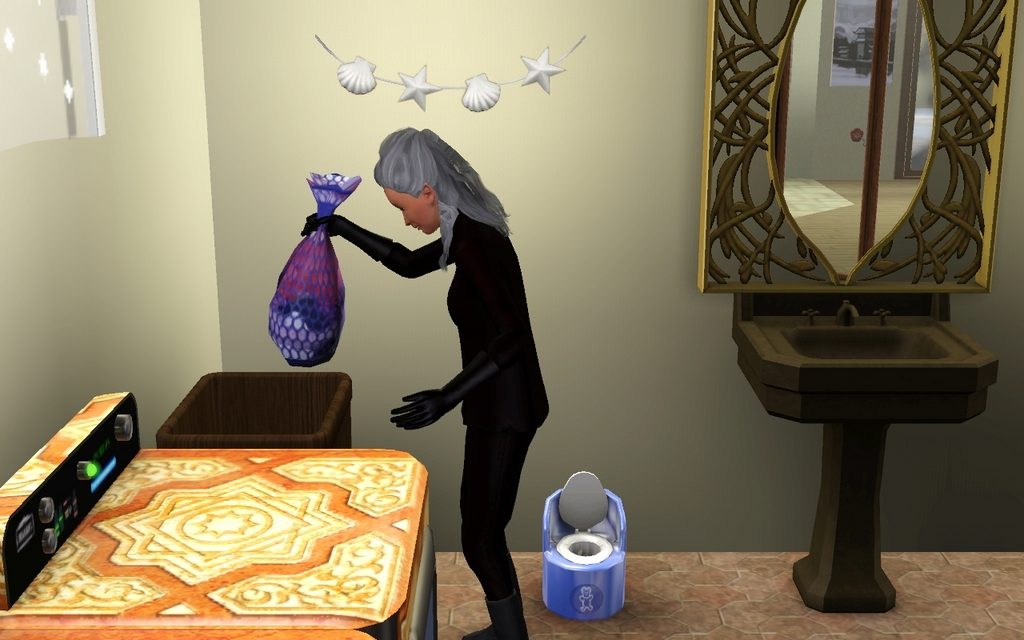 Here we have the empress of evil doing laundry.

Fiona: Laundry has to be done. Nothing to see here. 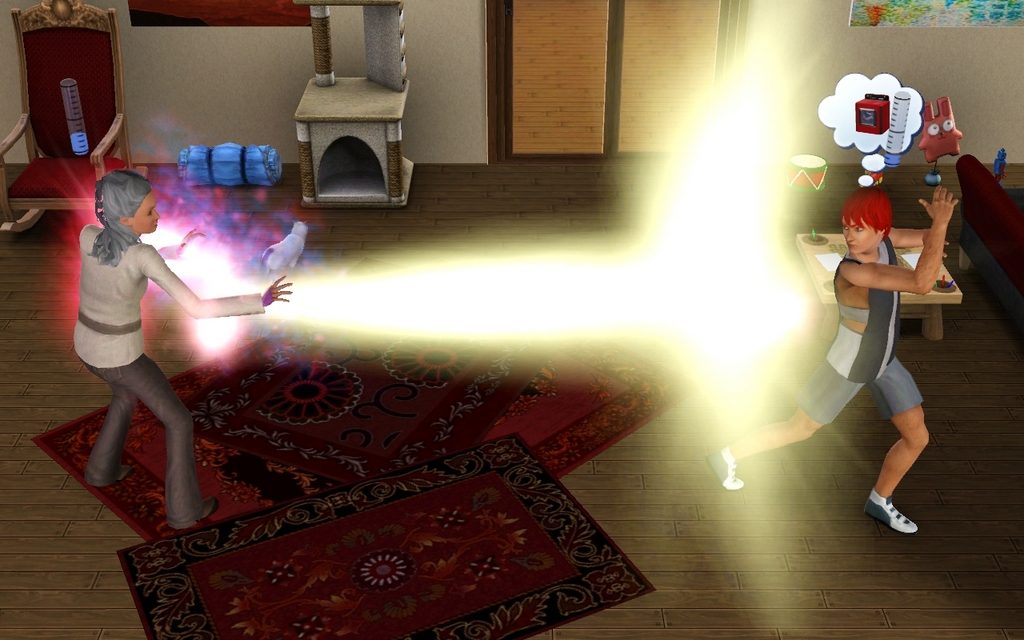 Later she has a duel with her son. He´s already better than her. 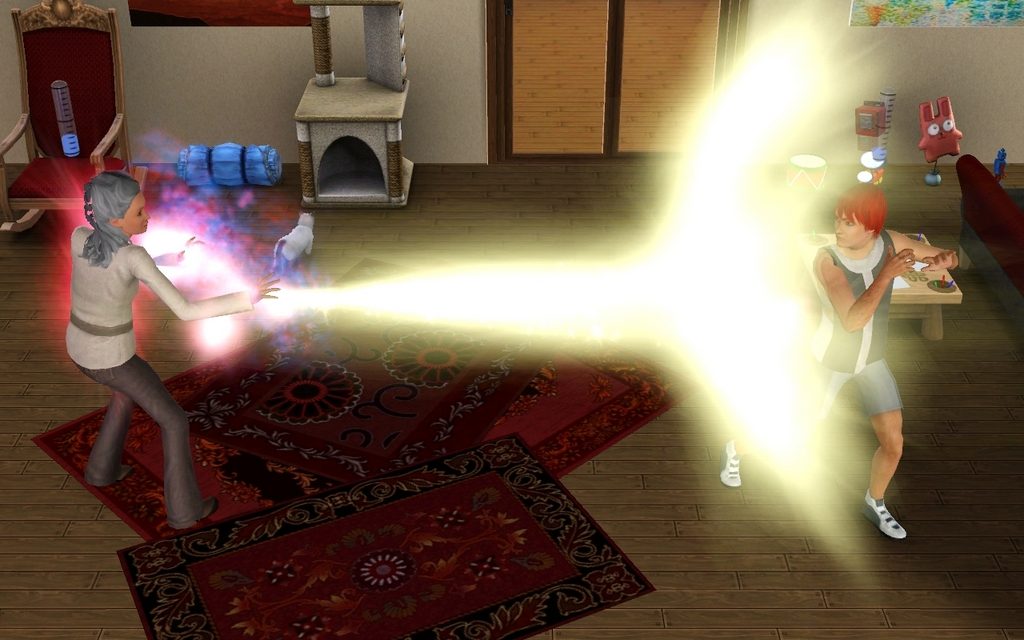 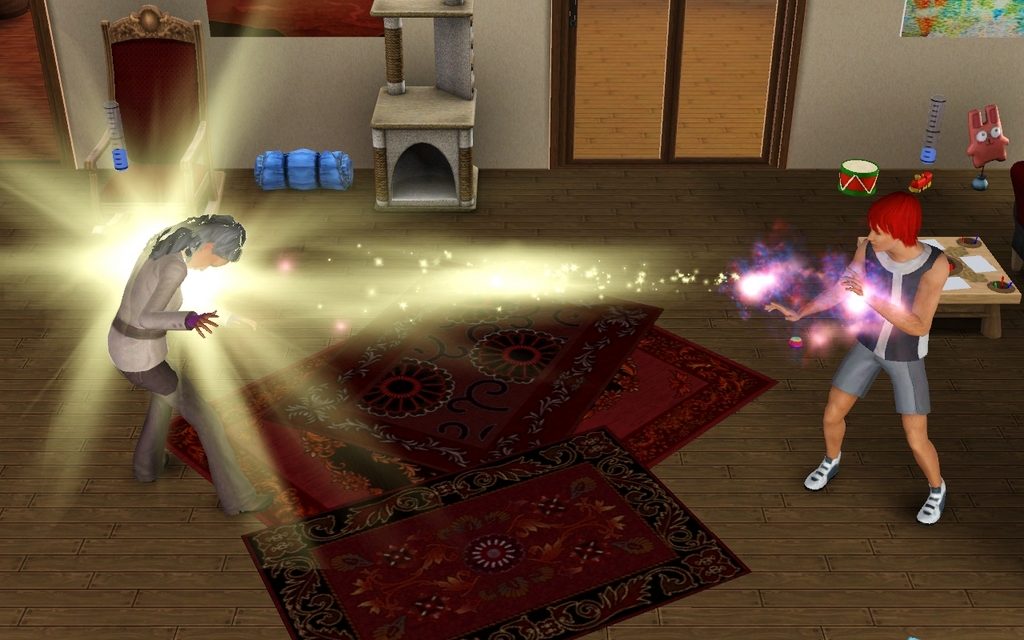 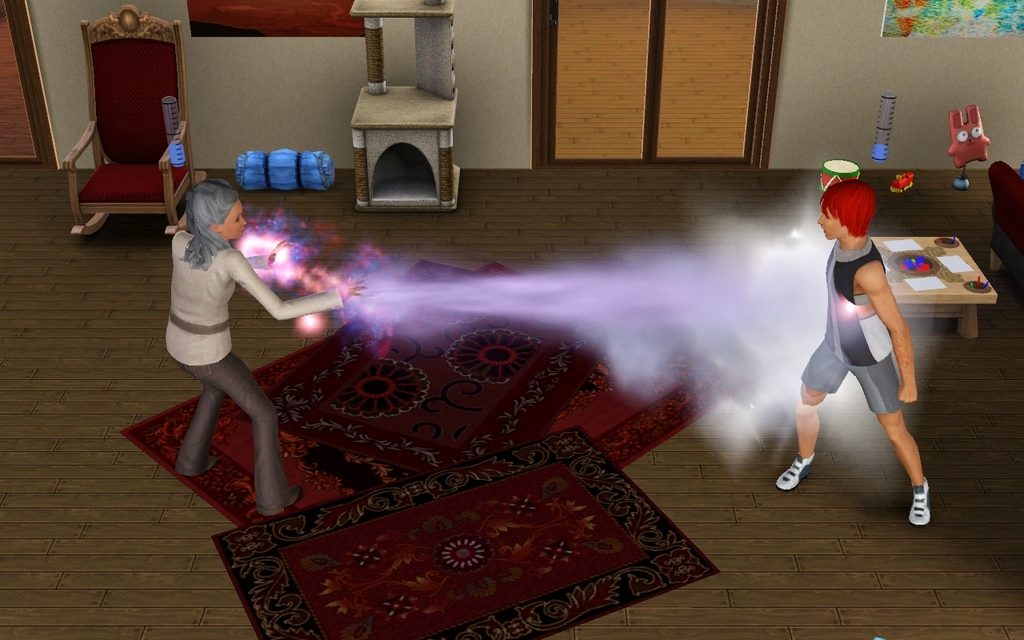 But not THAT much better. 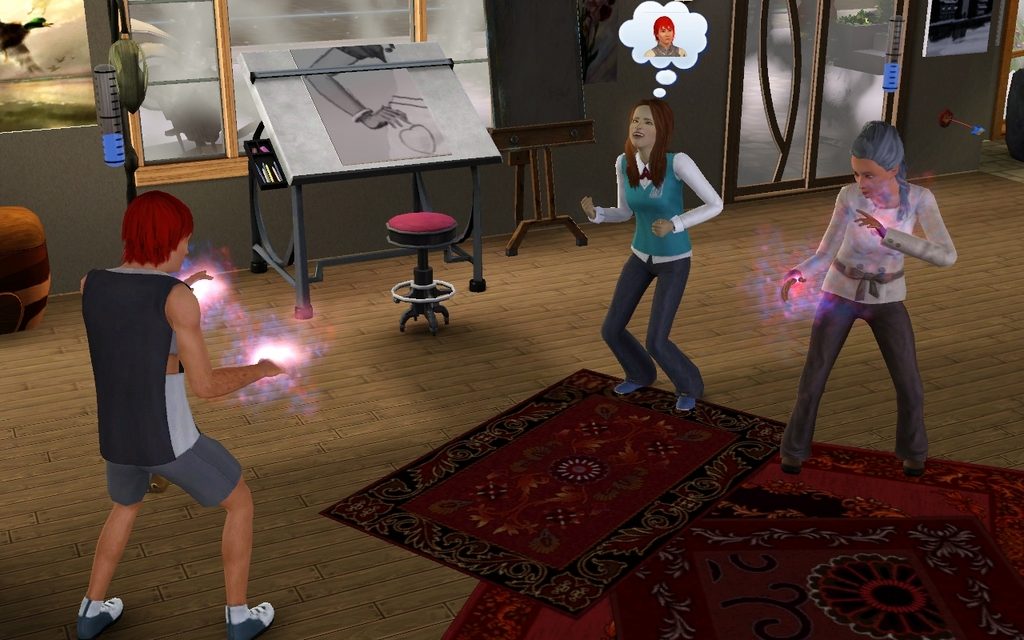 He still wins. Gabby is not biased at all. 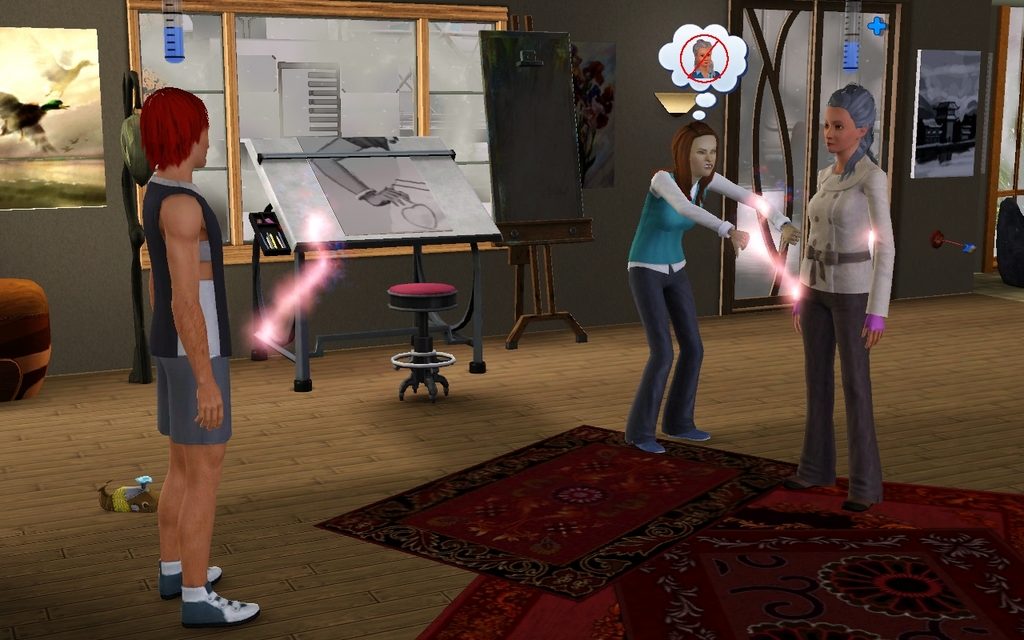 Gabby hates Fiona. Probably because she keeps beating up her husband.

Fiona: Dunno, what her problem is. 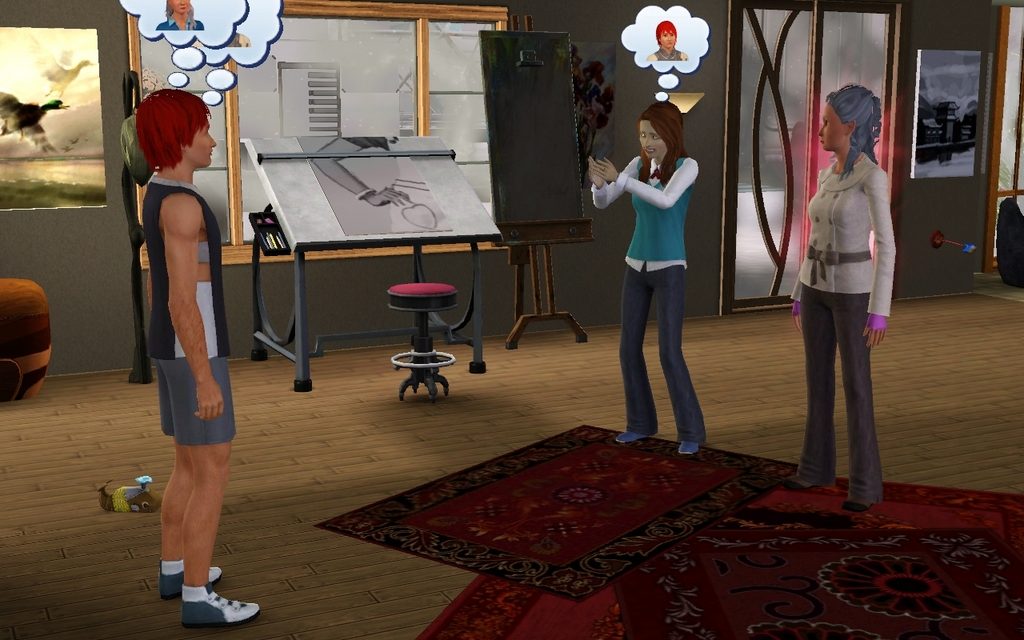 Fiona and Randolph are best friends though.

Shaoran being cute with the chicks. 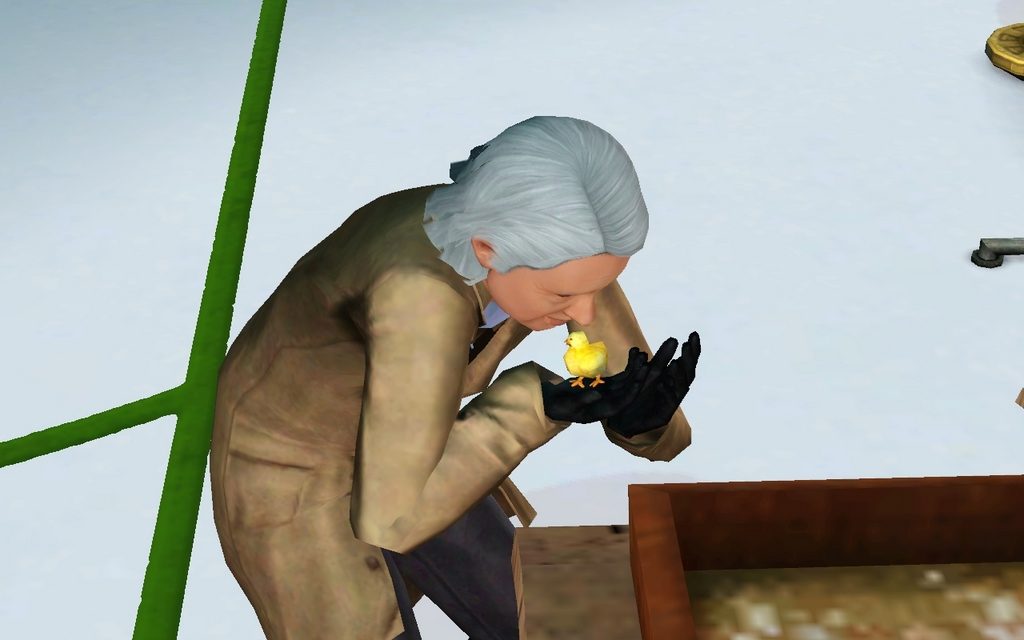 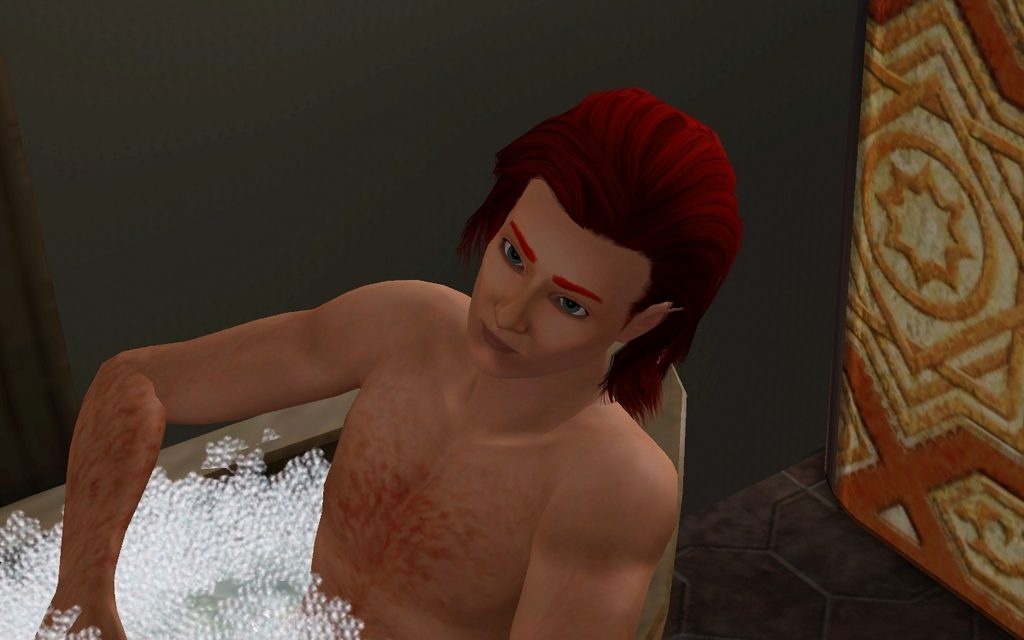 Randolph: Can I help you?

Huh? Oh, no, I was just thinking, that your „naked“-hair makes actually some sense. 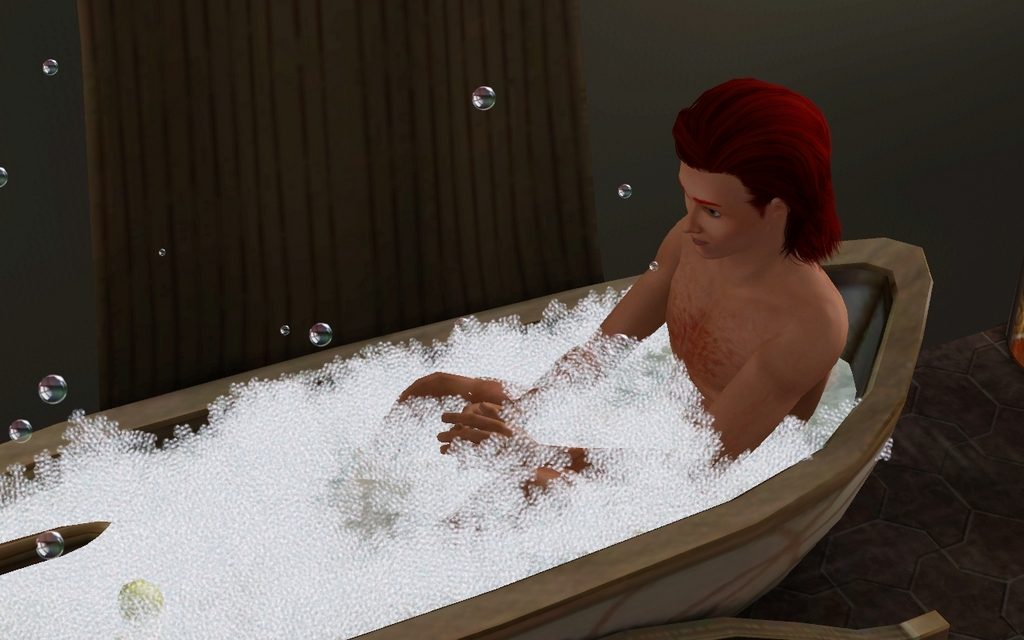 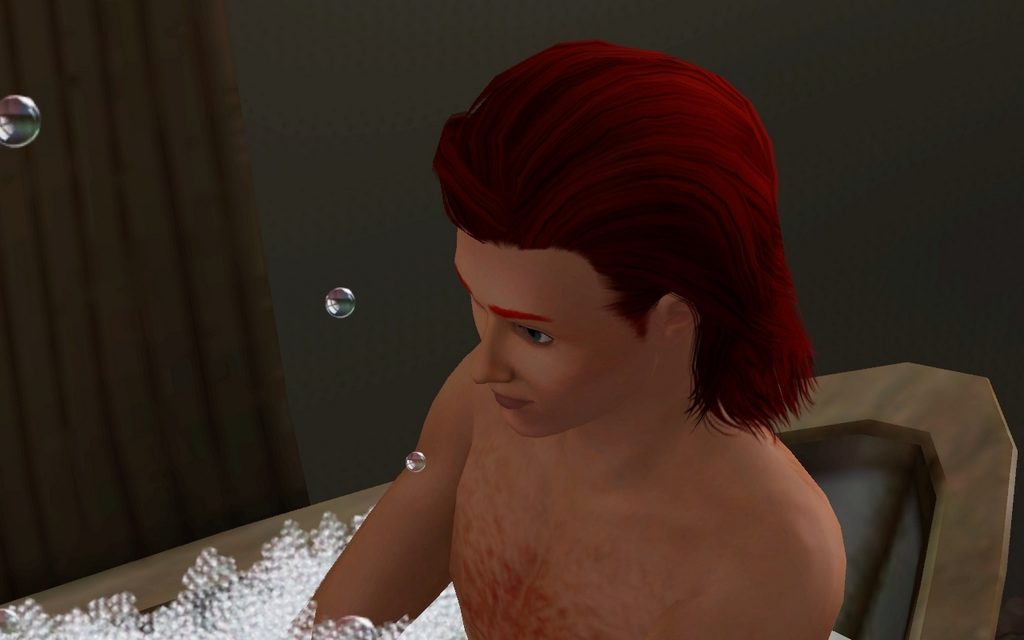 Randolph: You still there?

I really like the bubbles, OK? It´s a nice animation. 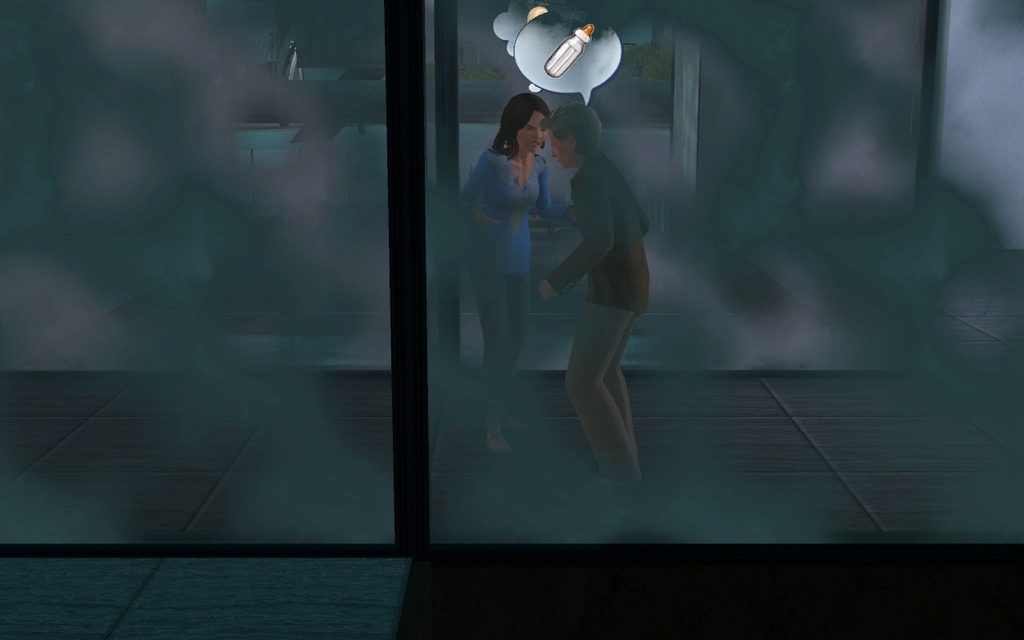 Here we have Carly arguing with her husband. Perhaps she wants another child and he doesn´t? She already has three, which is quite the accomplishment, because I set the number of children for each sim to 1, to avoid overpopulation. 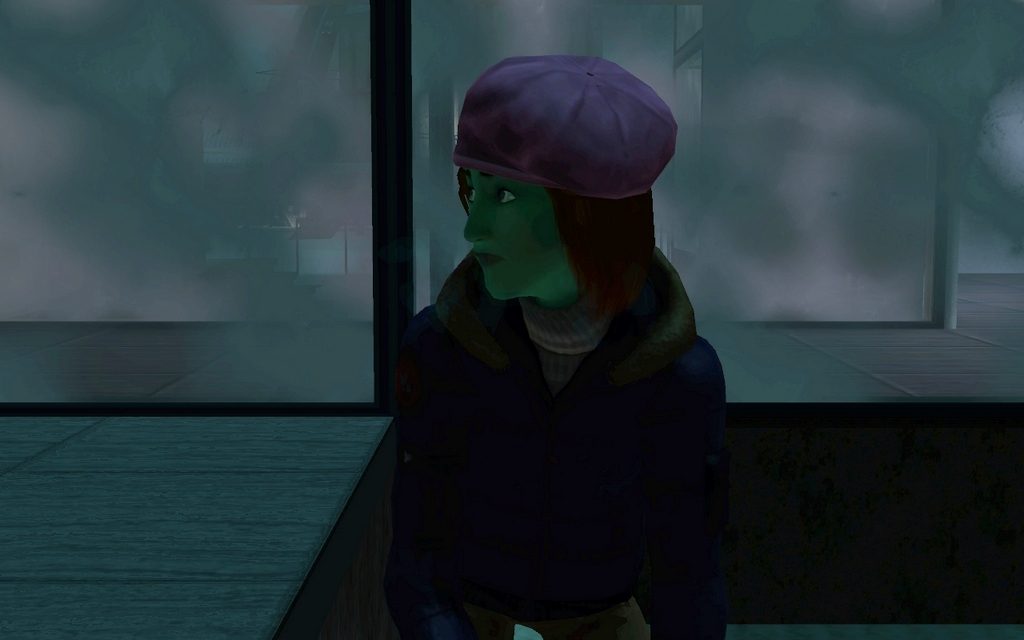 Catherine: You think, they saw me?