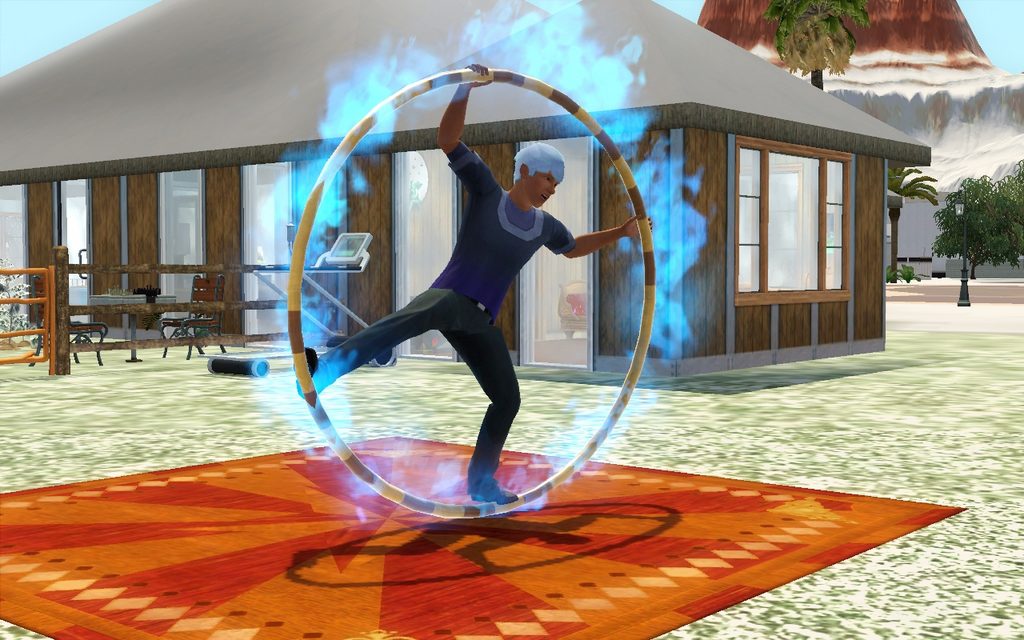 Jaron always has the coolest props. 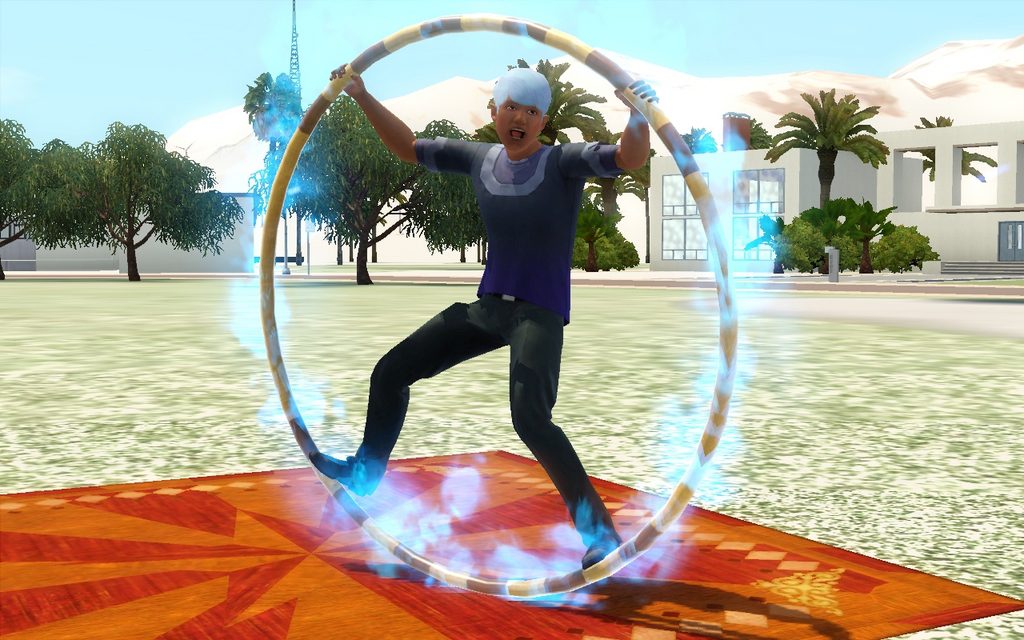 Jaron: That are not the props, that´s me! 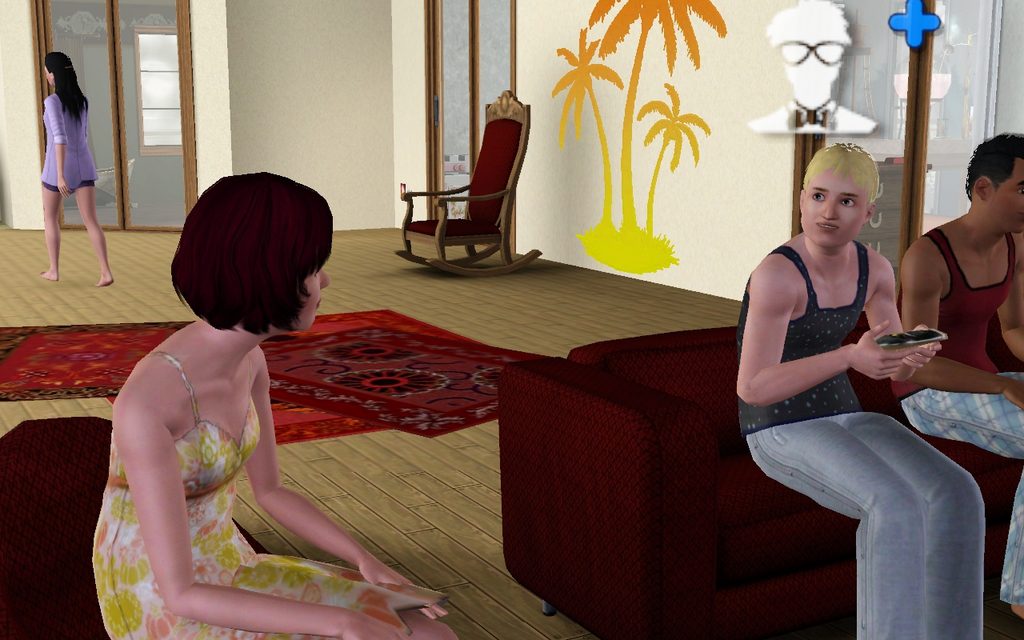 Those two became romantic interests at prom. So far, they don´t act on it at all. 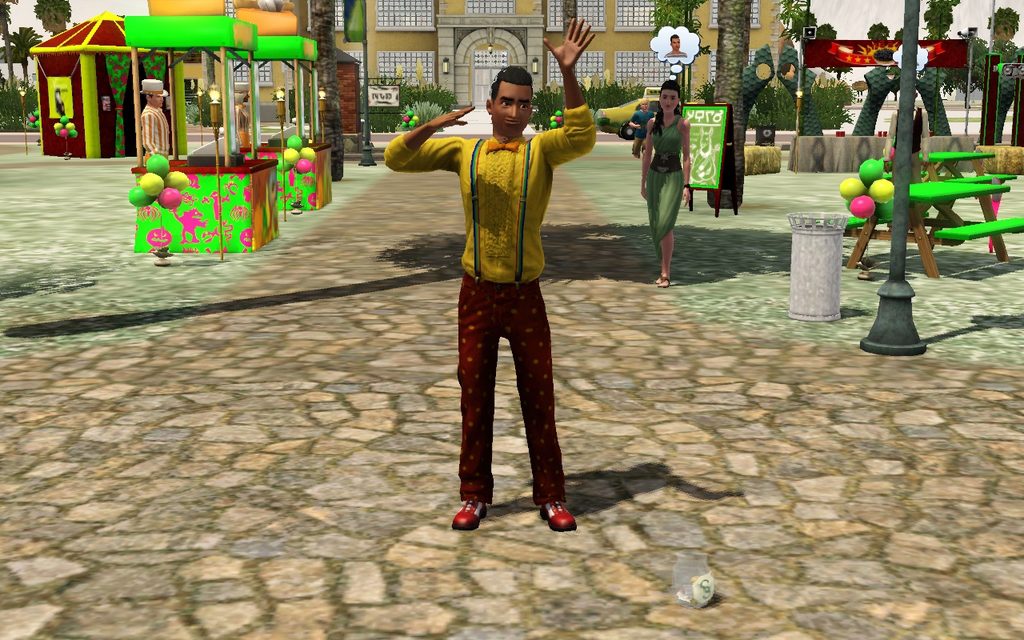 Nathan´s lifetime wish is to become a magician. Another one, I haven´t done before. That´s exciting! 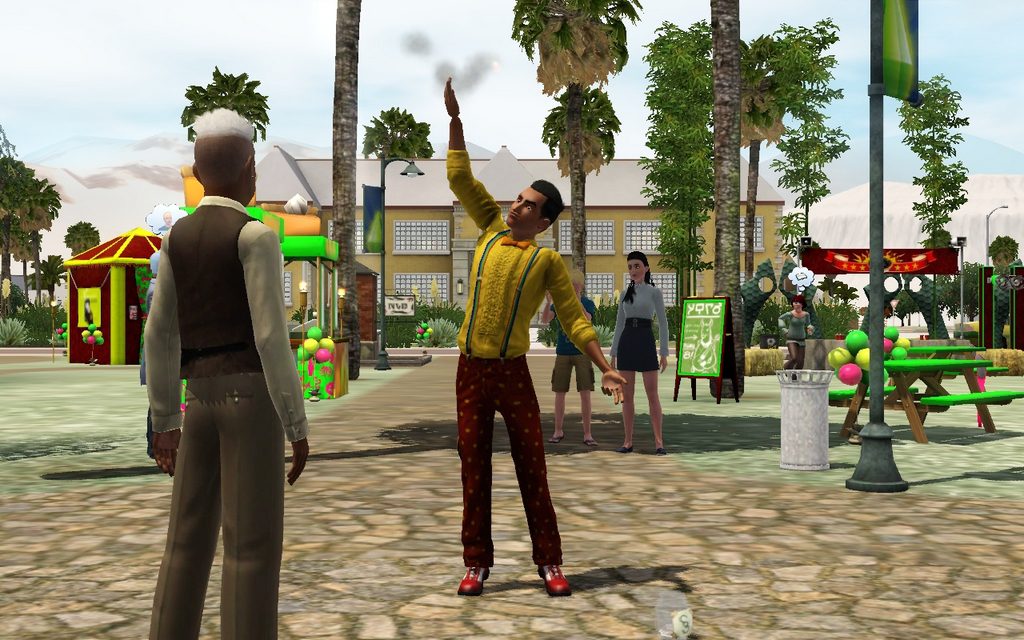 I sent the family for moral support, but he gathers a crowd all on his own. 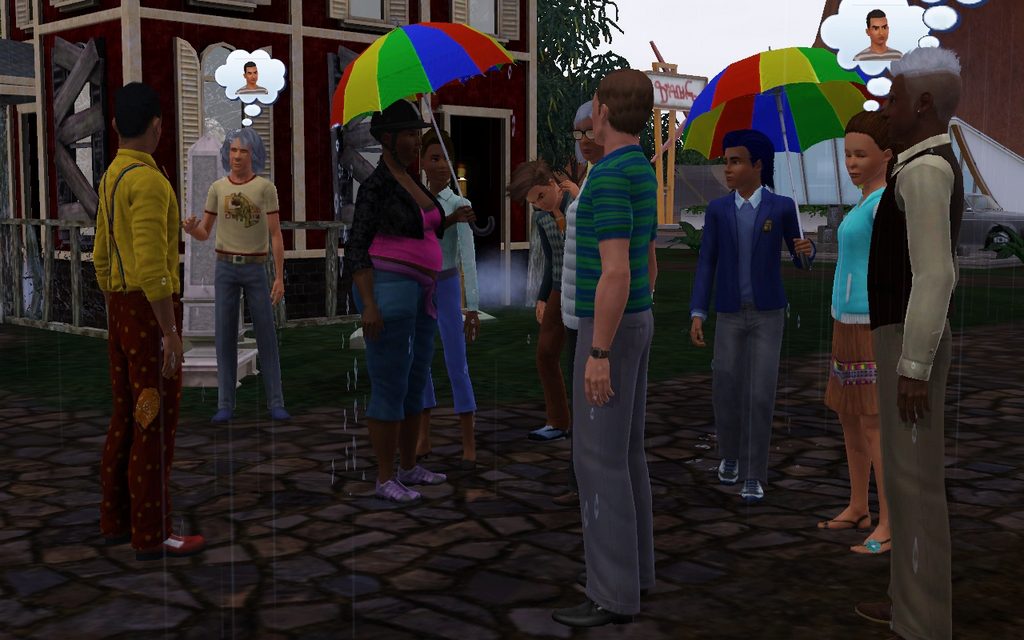 Including a paparazzi with a serious fashion problem. 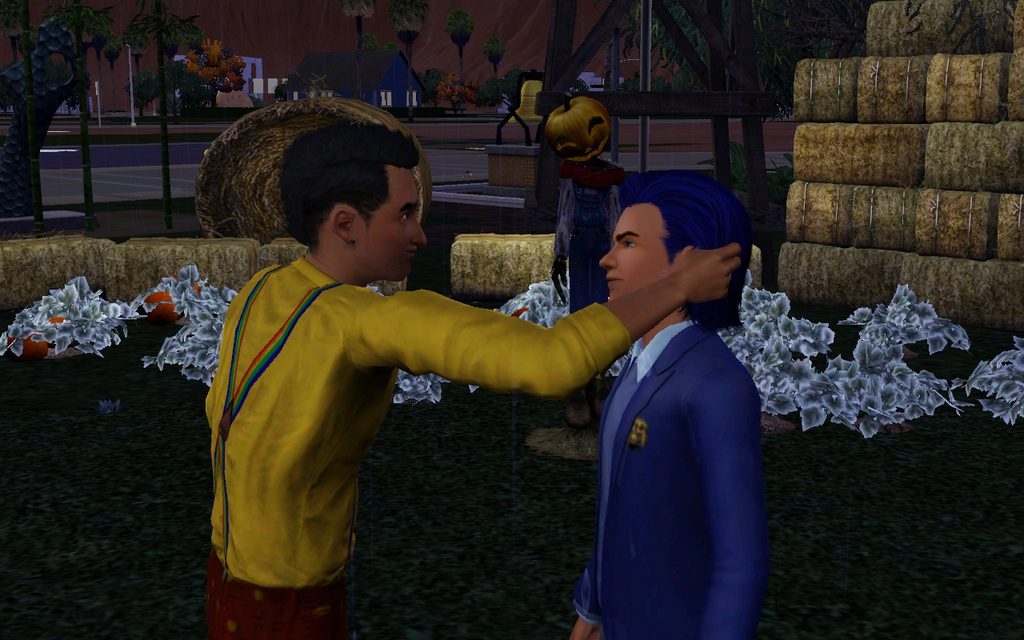 This looks like something else, but it´s just a coin trick. 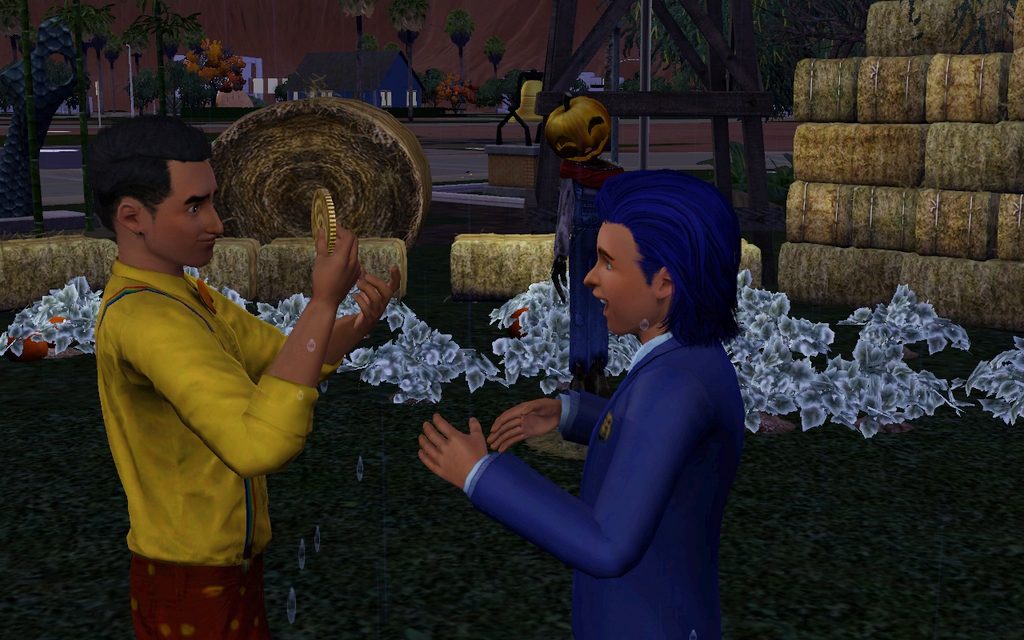 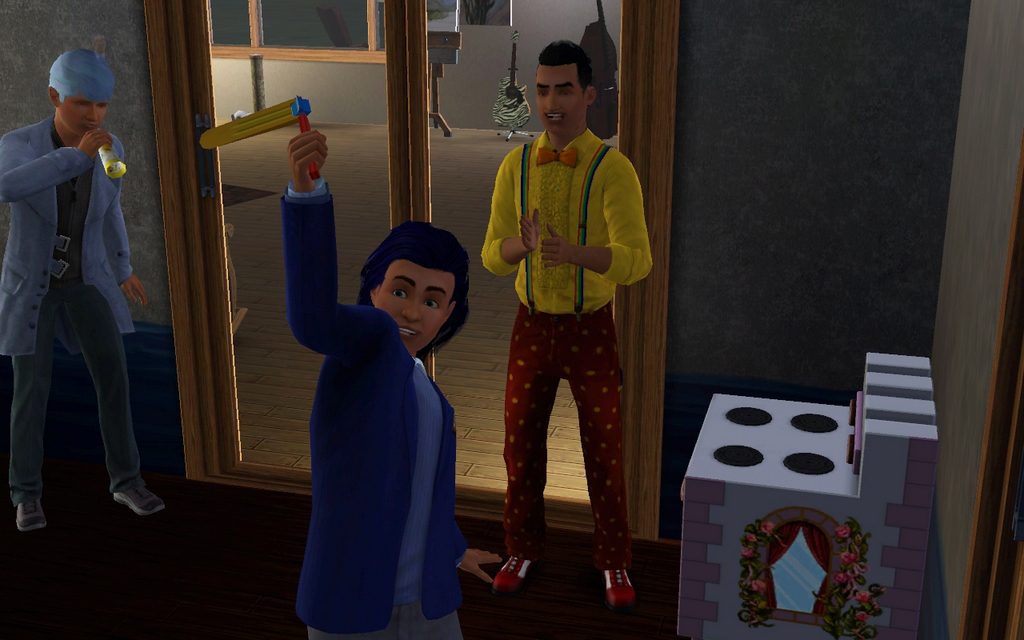 Joe grows up. He rolls great kisser. His lifetime wish is renaissance sim. 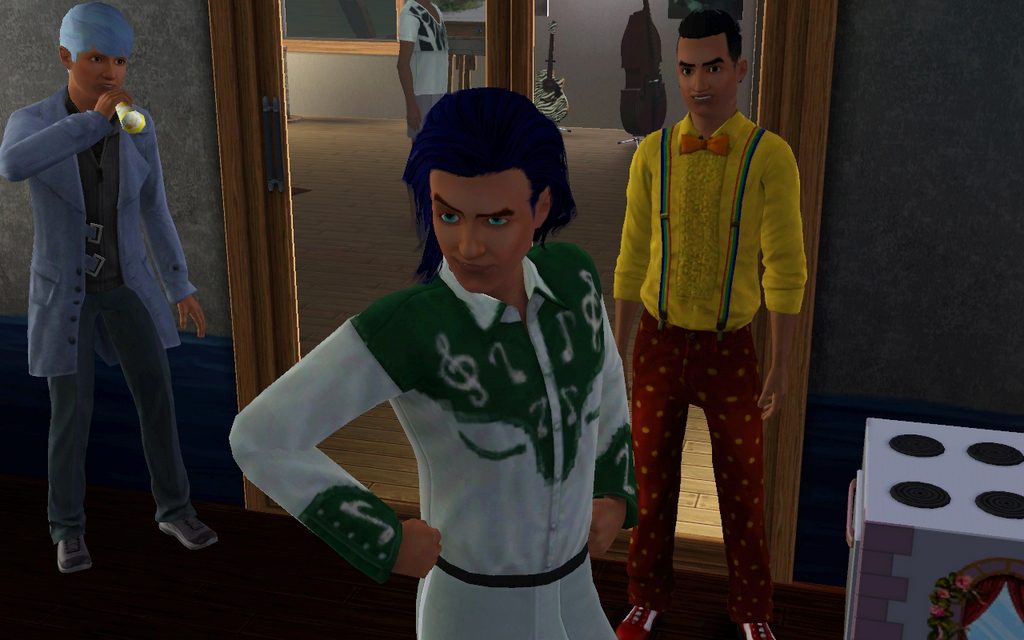 Not bad. Nathan certainly seems to think so. 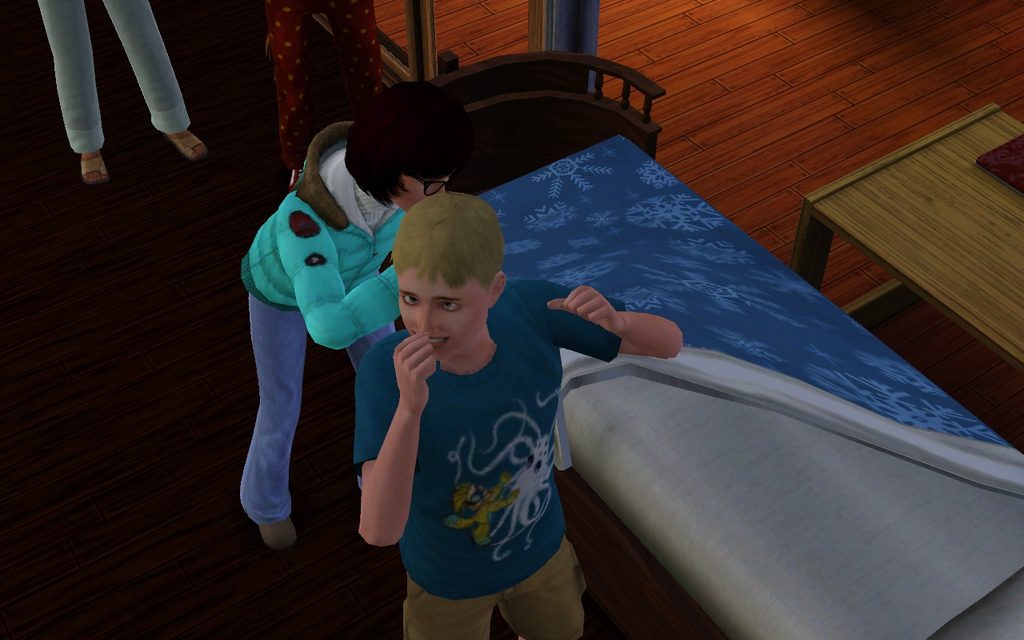 And if Joe has a birhday, Steven has, too! 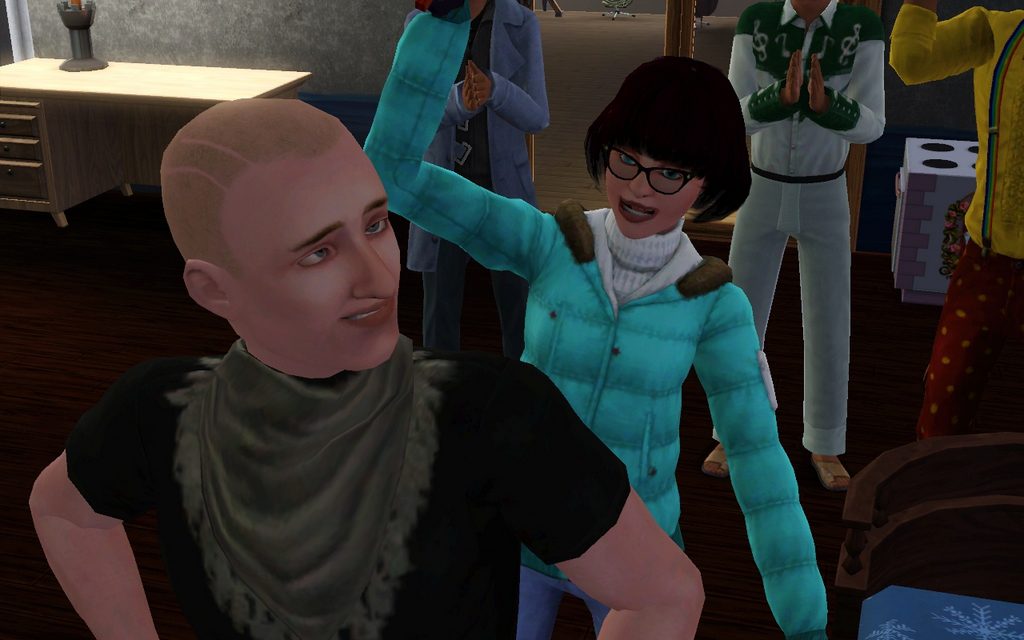 Steven: I liiiiiiike the hair. 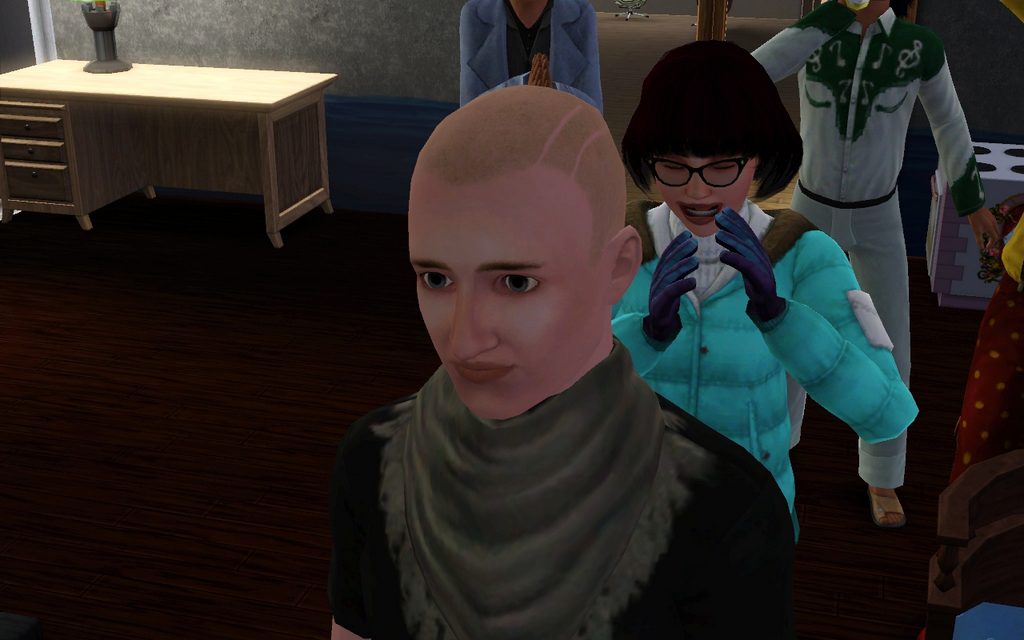 He rolls virtuoso. His LTW is culinary librarian.

Following a sims graduation with added annoying colums and a bot fan. 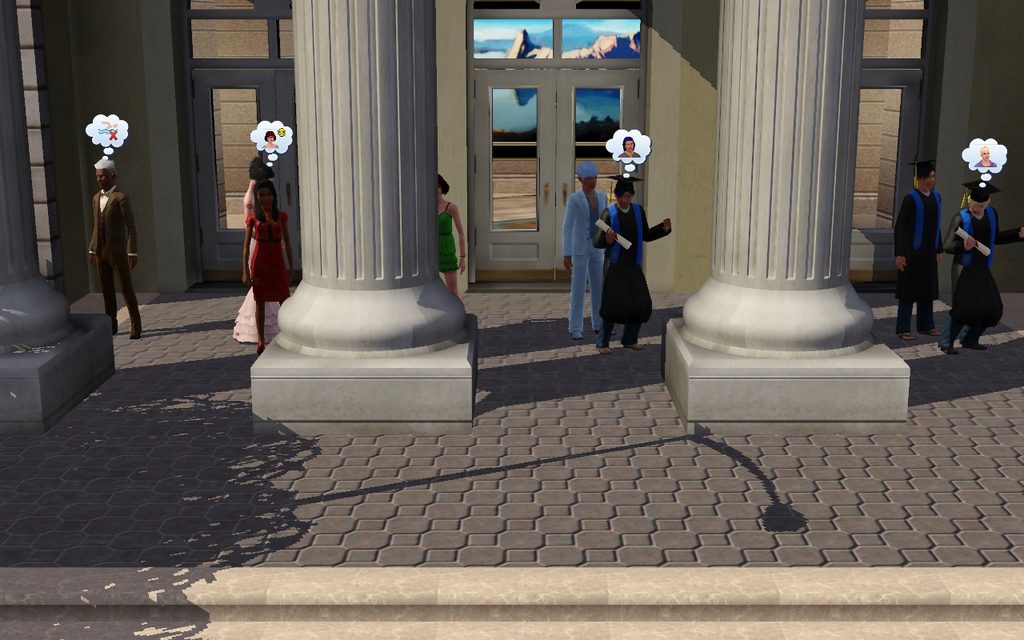 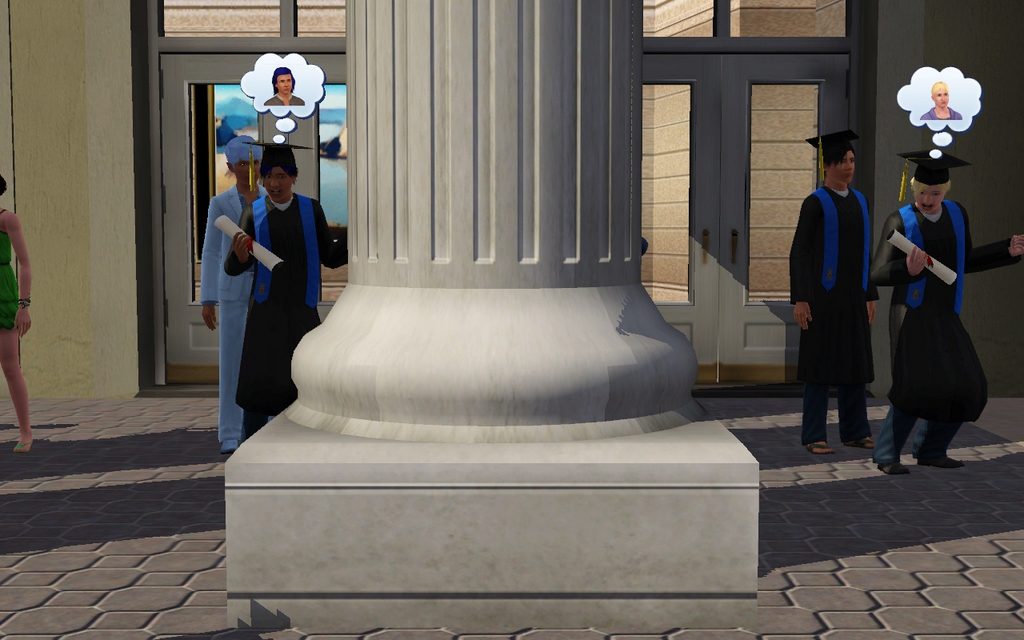 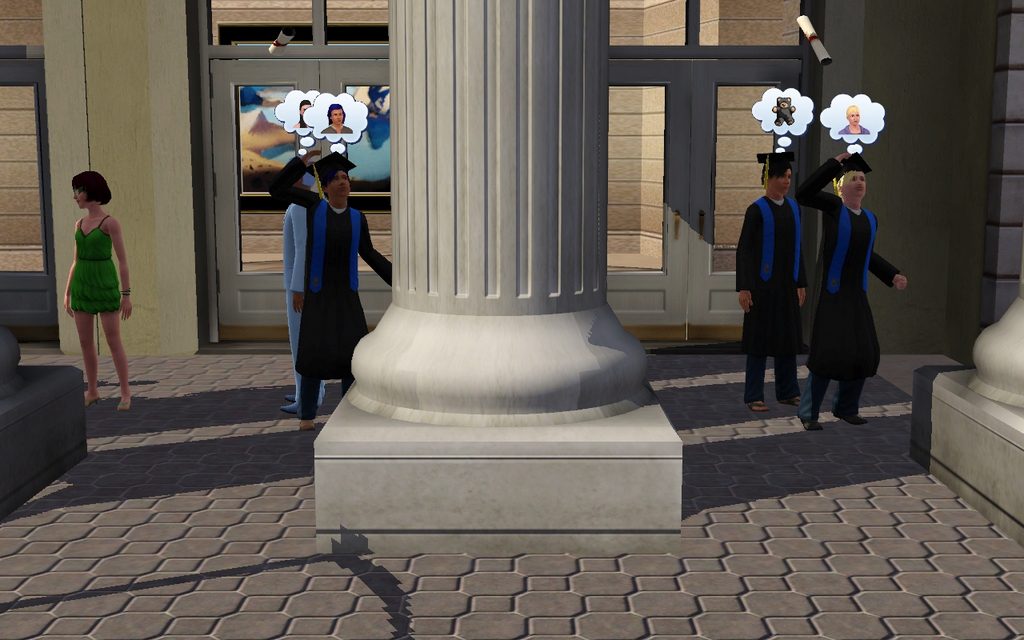 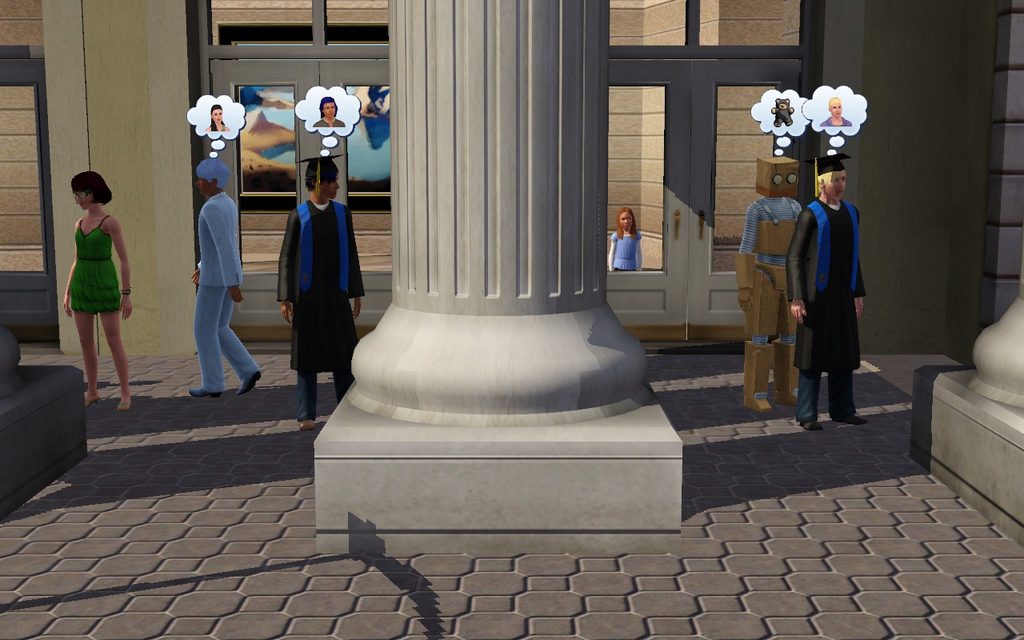 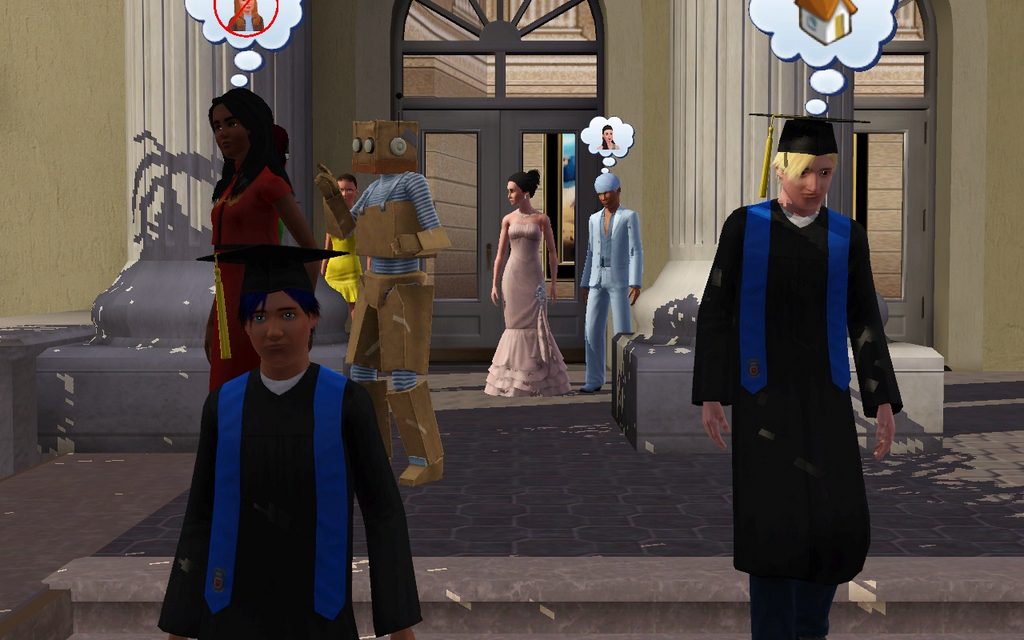