This being a sort of legacy, we need a spouse. Violetta´s first attempts weren´t very successful, so we try a different approach. 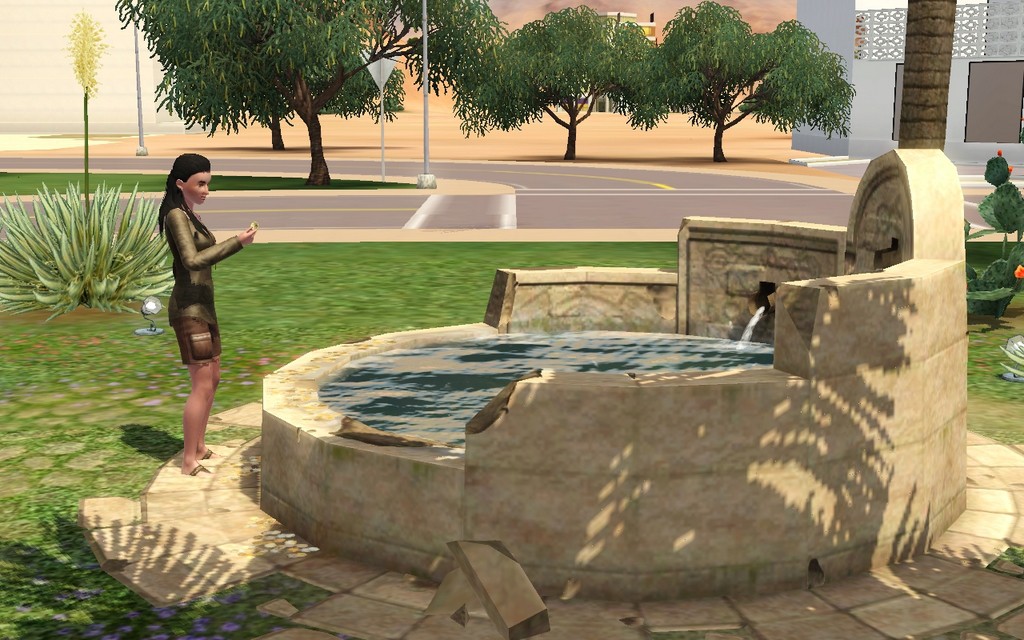 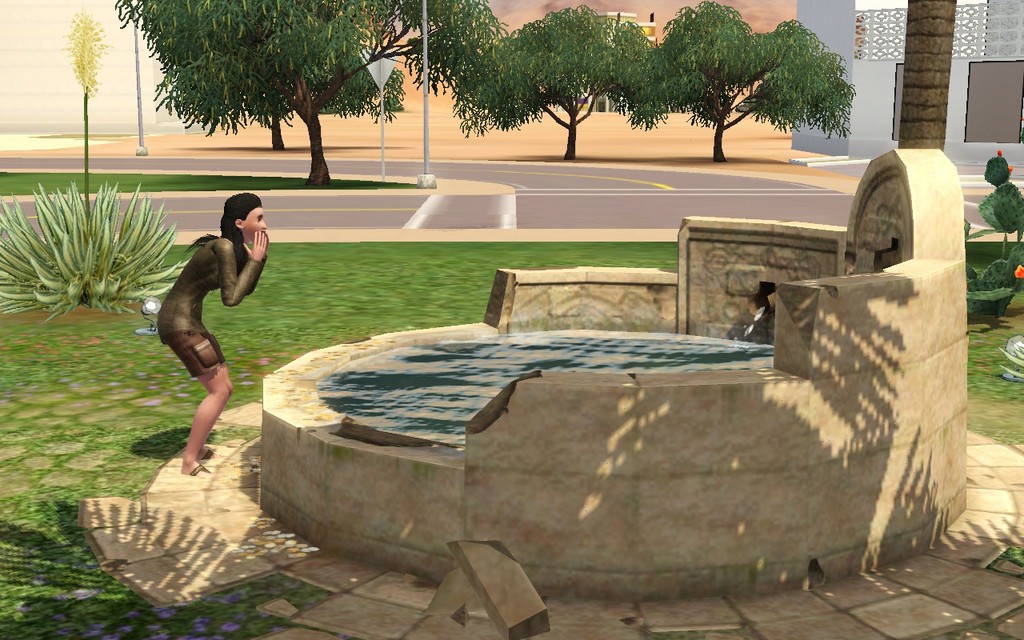 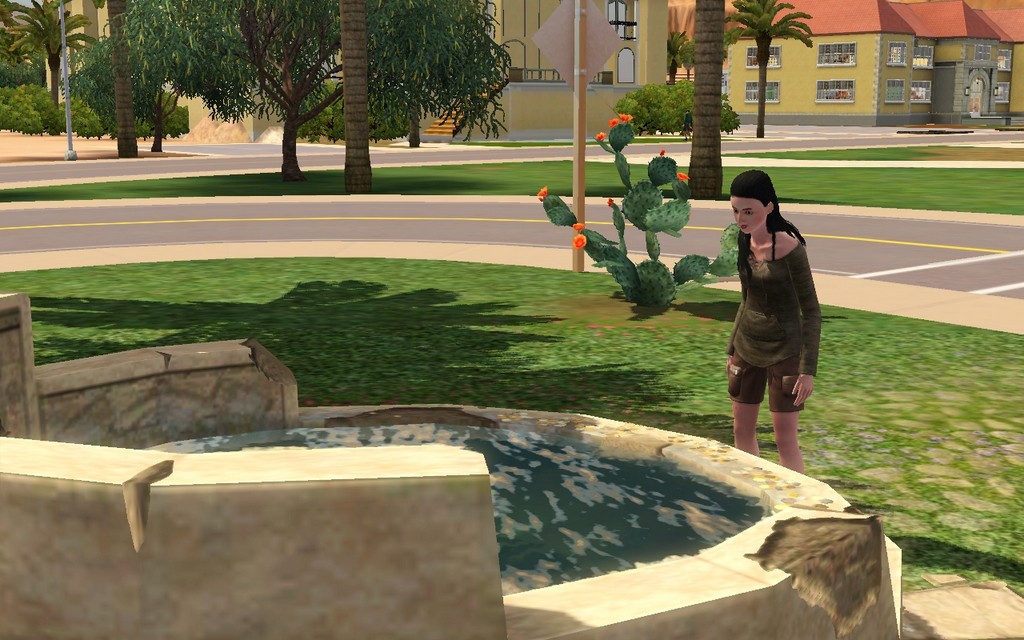 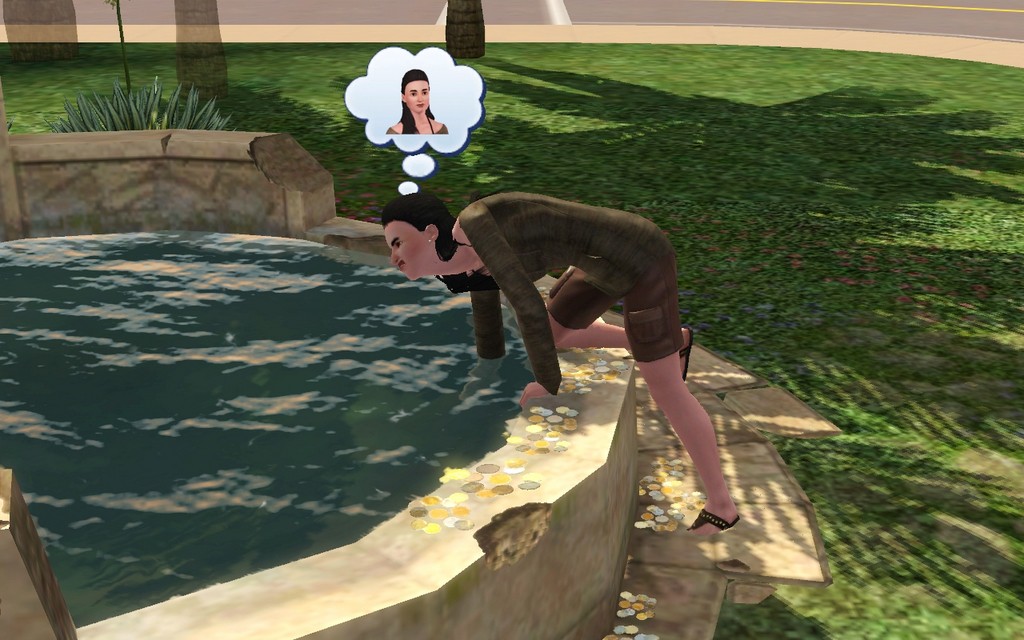 Violetta! What are you doing?!

Violetta: It didn´t work! I want my money back! 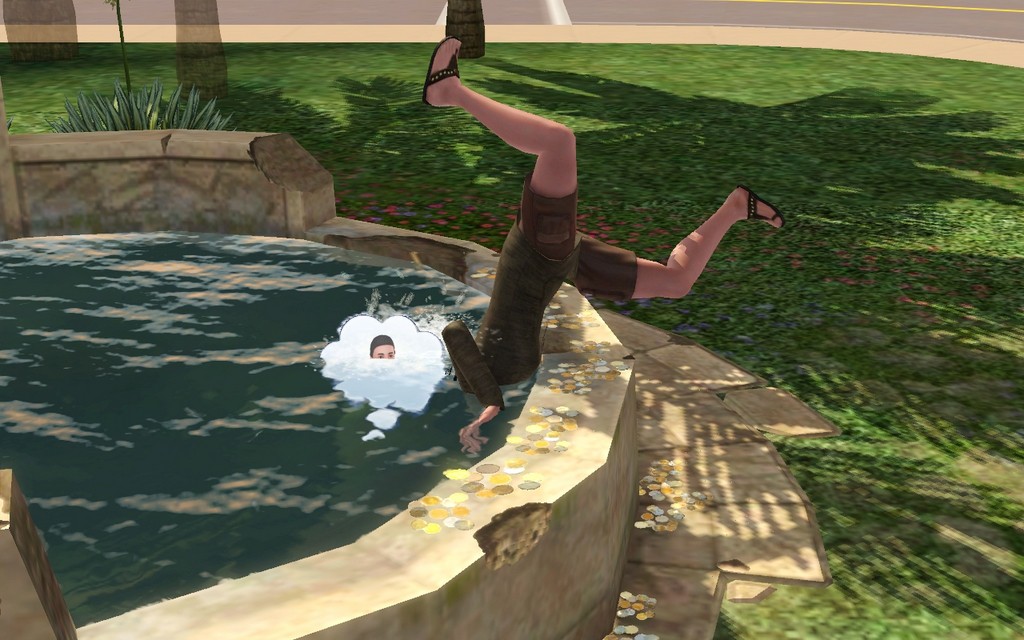 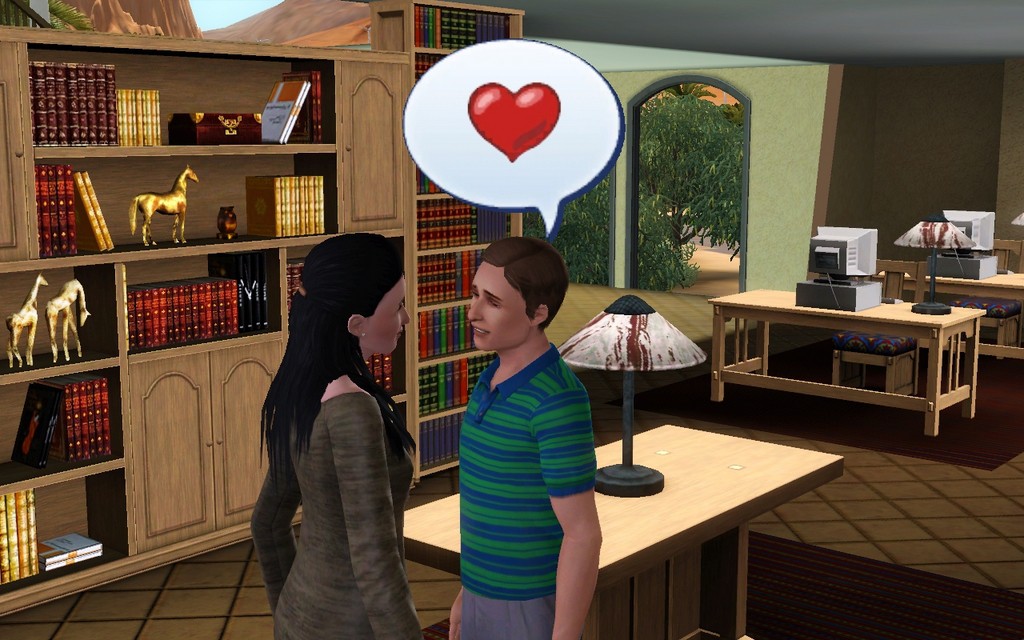 We meet Jaycen Hendrix at the library. Autonomous flirting, but I don´t like him that much.

See? Go talk to him! 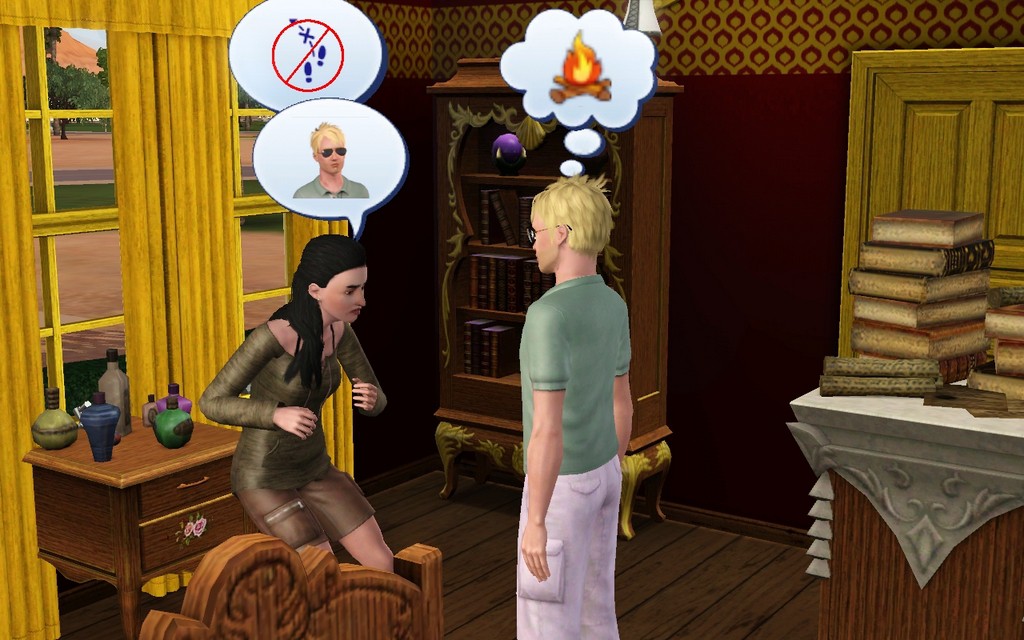 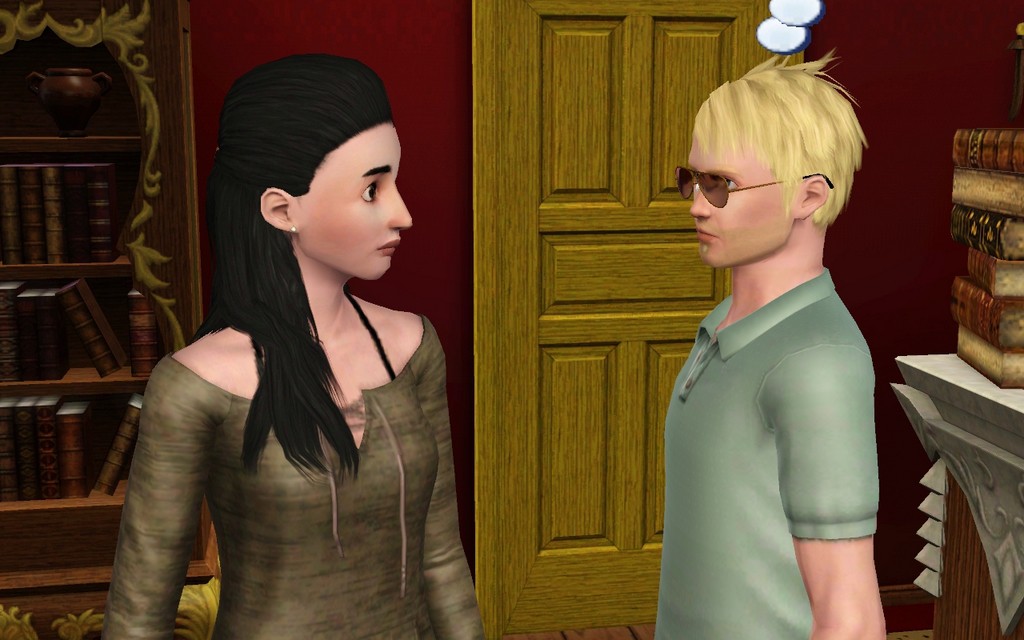 They had a nice chat until…

What? What did he say? 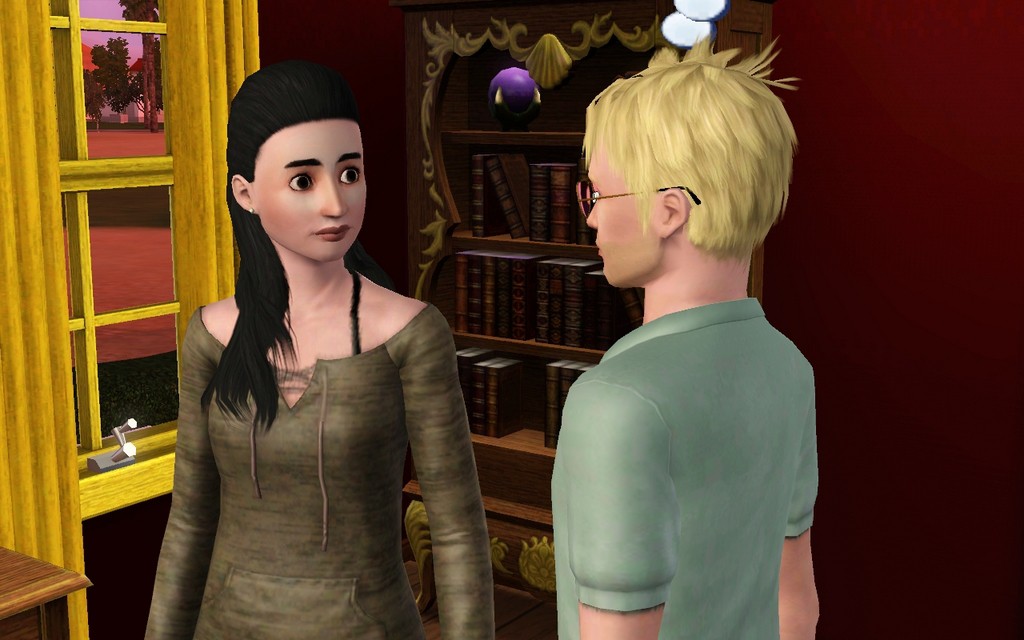 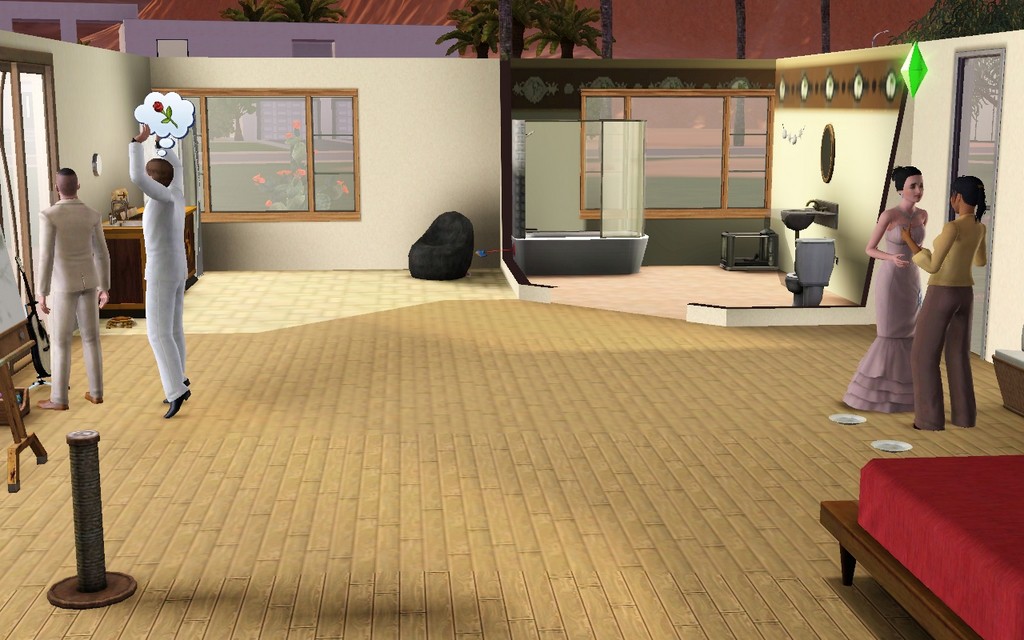 The next day we give a party. That´s Phoenix Ross, Jaycen Hendrix and Naomi Nita. Everyone put their plates on the floor, because there is no table. 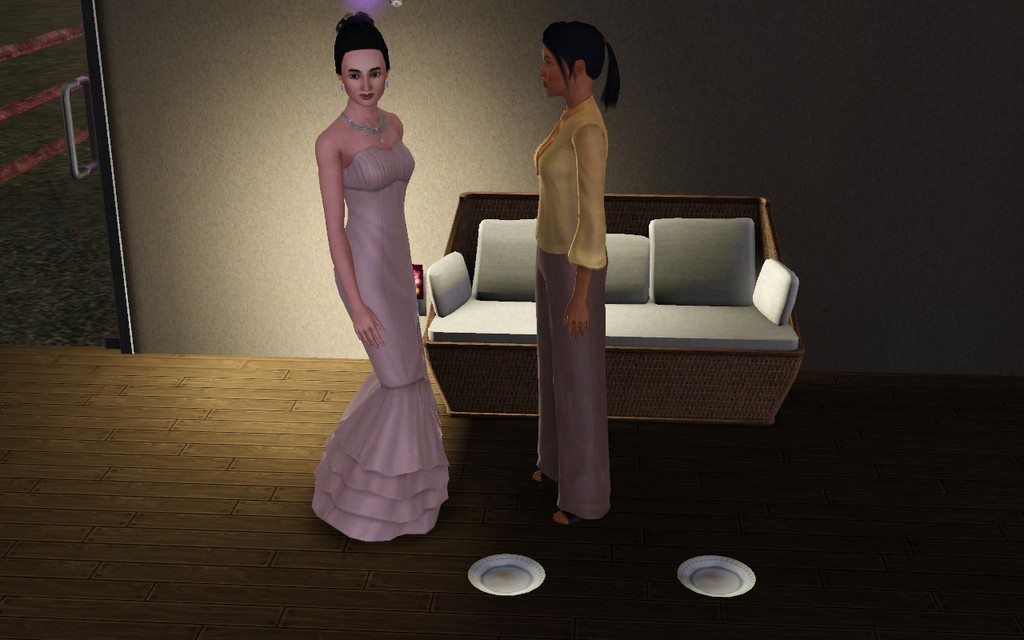 Nice dress though. And a new friend. 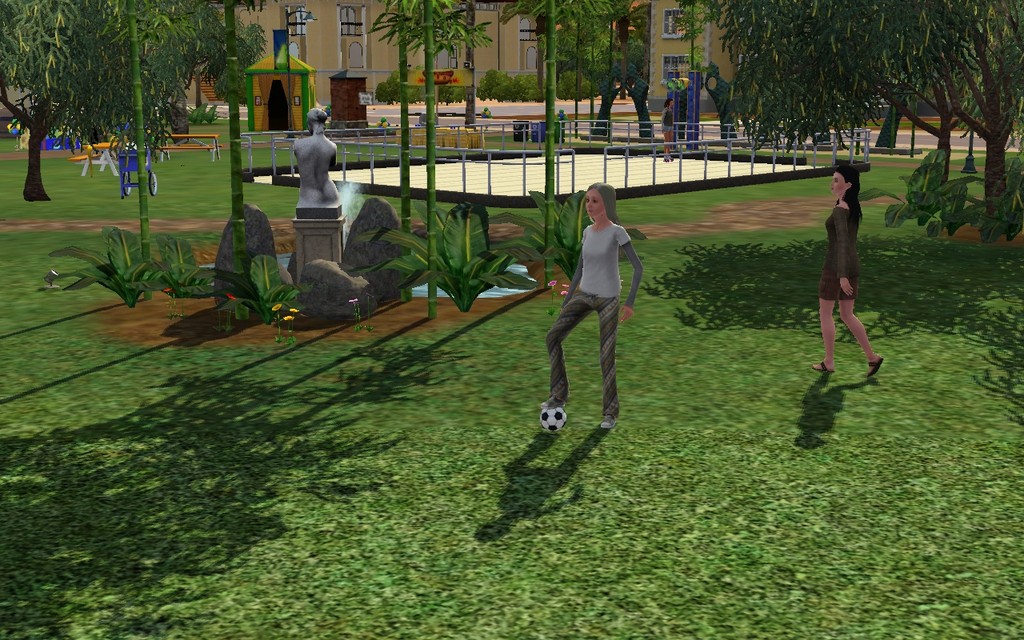 The next morning, our second home, the park. Not much going on there. 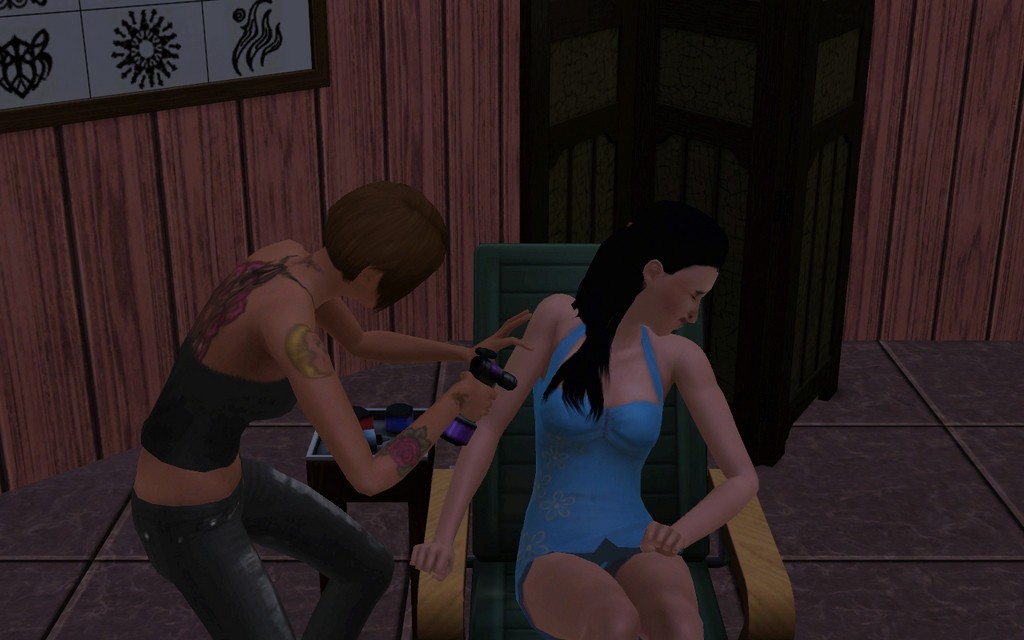 Violetta wants a tatoo, so she gets a heart. I forgot to take a picture. 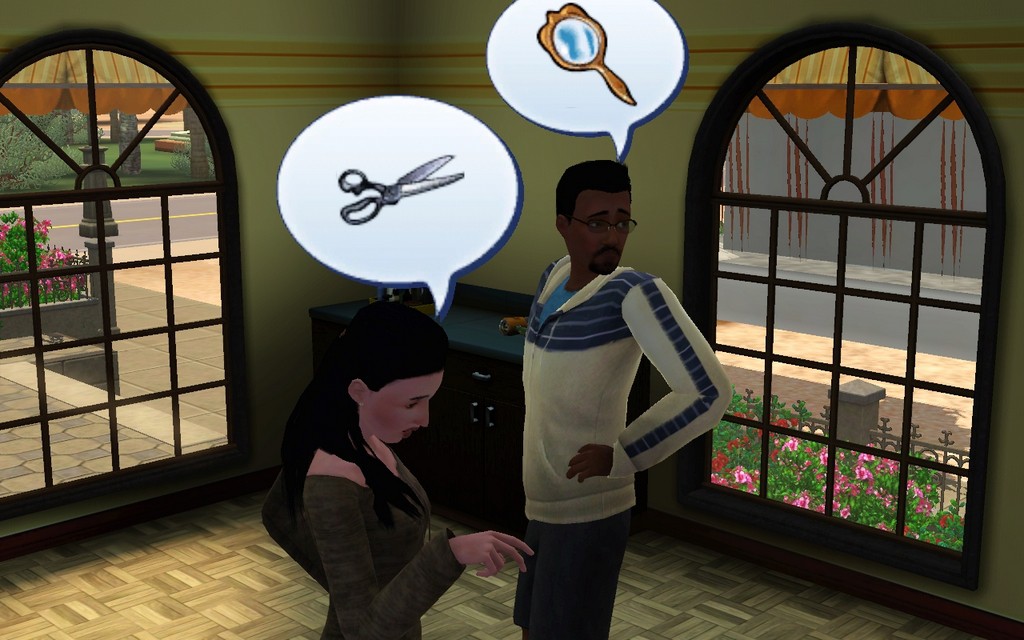 Afterwards Vi decides to give fashion advice to this customer. I didn´t know, this was even possible. 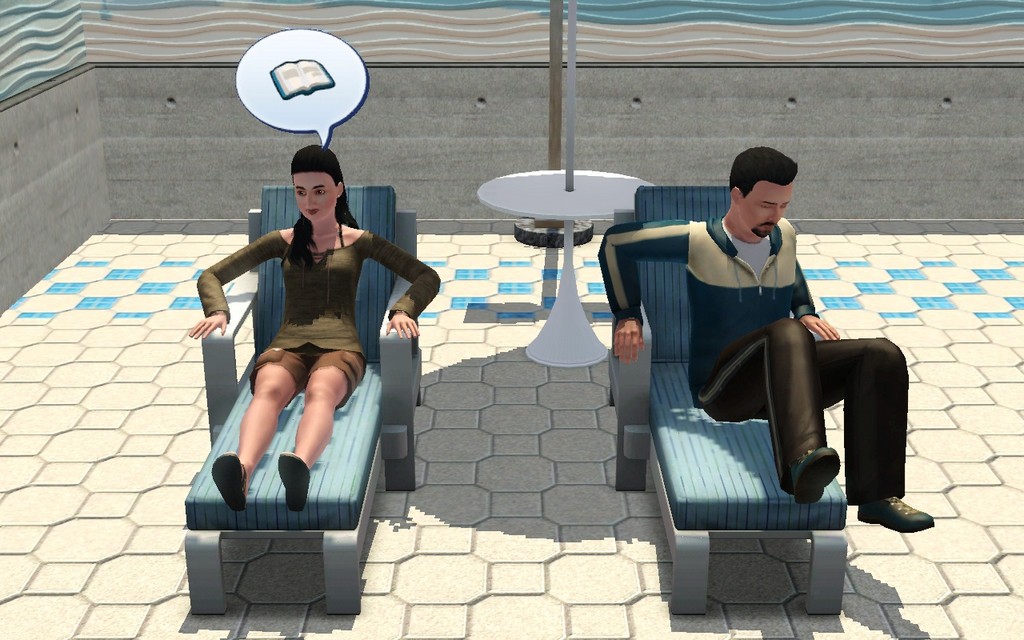 Vi: I should have brought a book.

No! Talk to the nice man! Argh! He got away. Violetta! 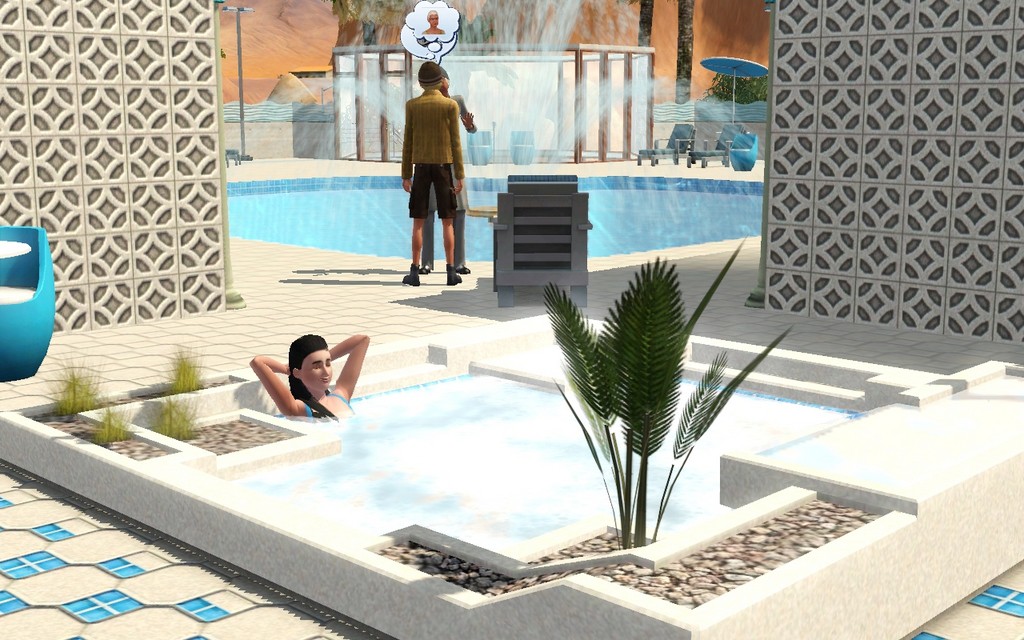 I have to admit, I probably would have done that too. That pool area is gorgeous! 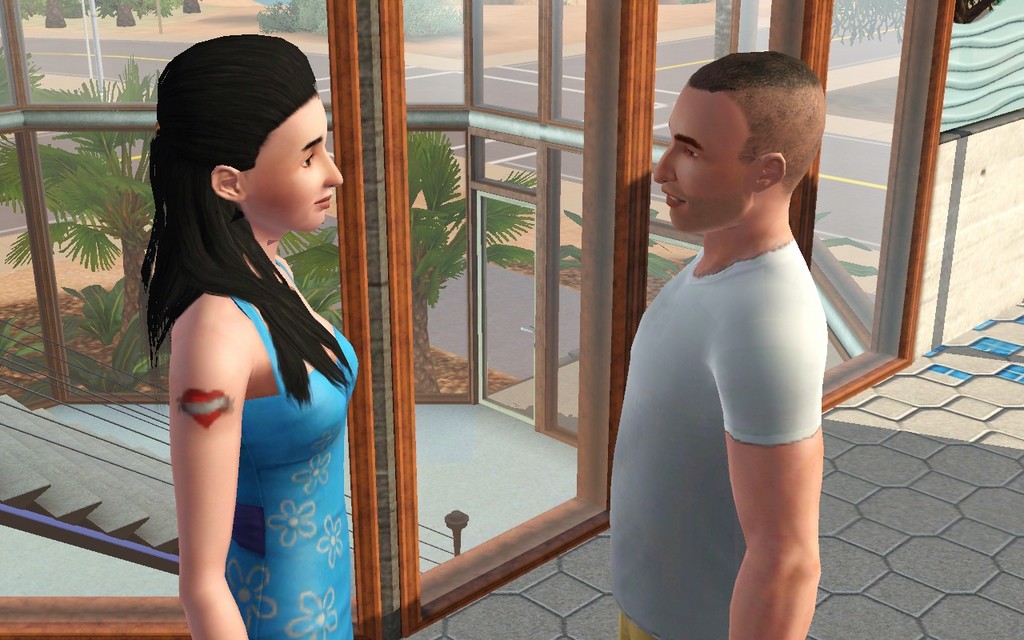 Look! It´s Phoenix! Still married, though. And he has a daughter. 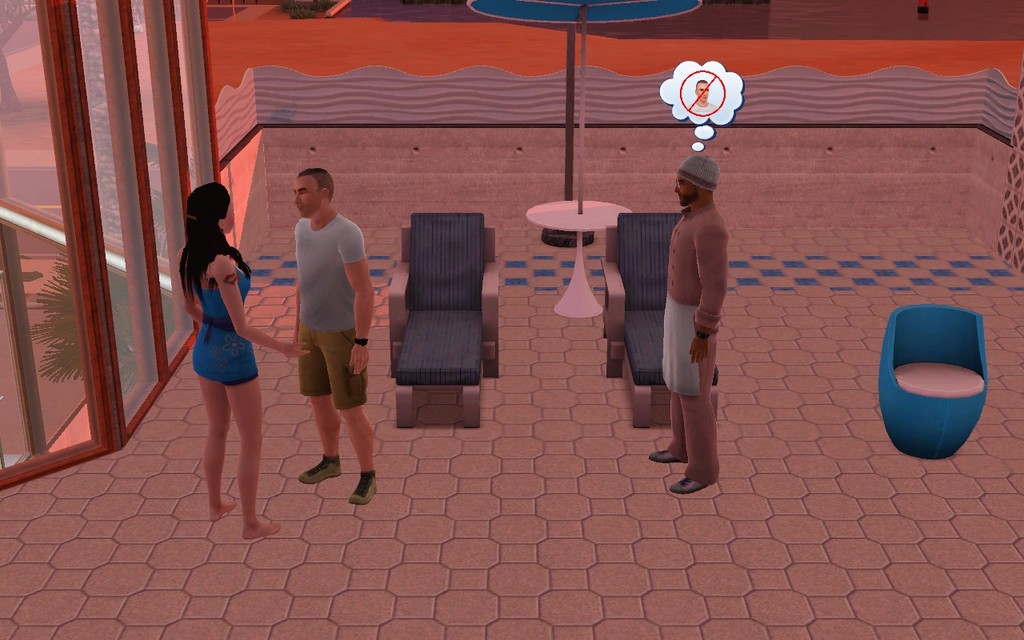 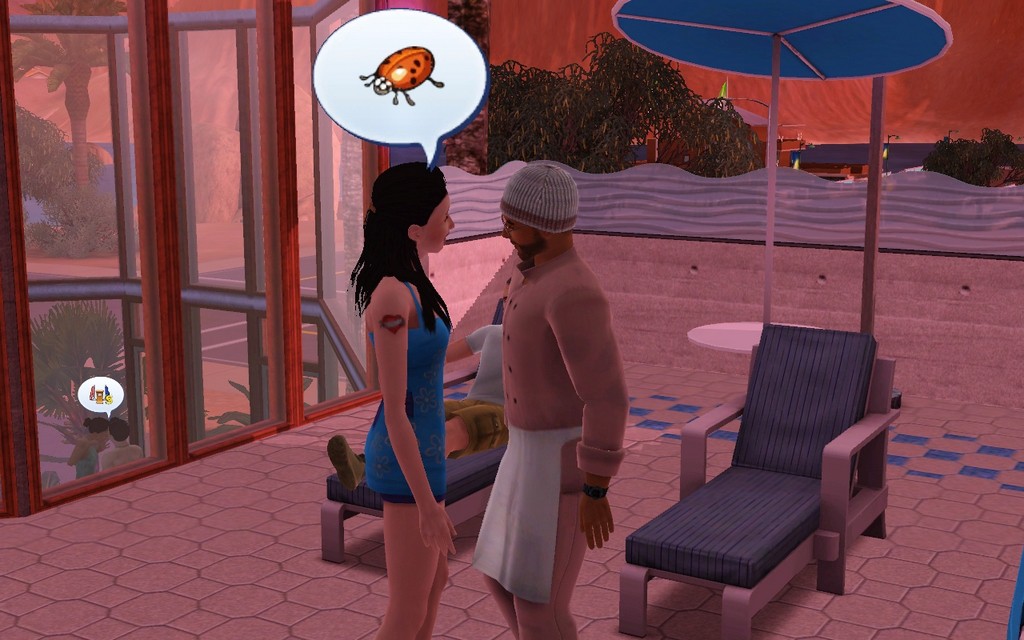 Probably, because he wants to do some flirting of his own.

Why is everyone telling ghost stories?? 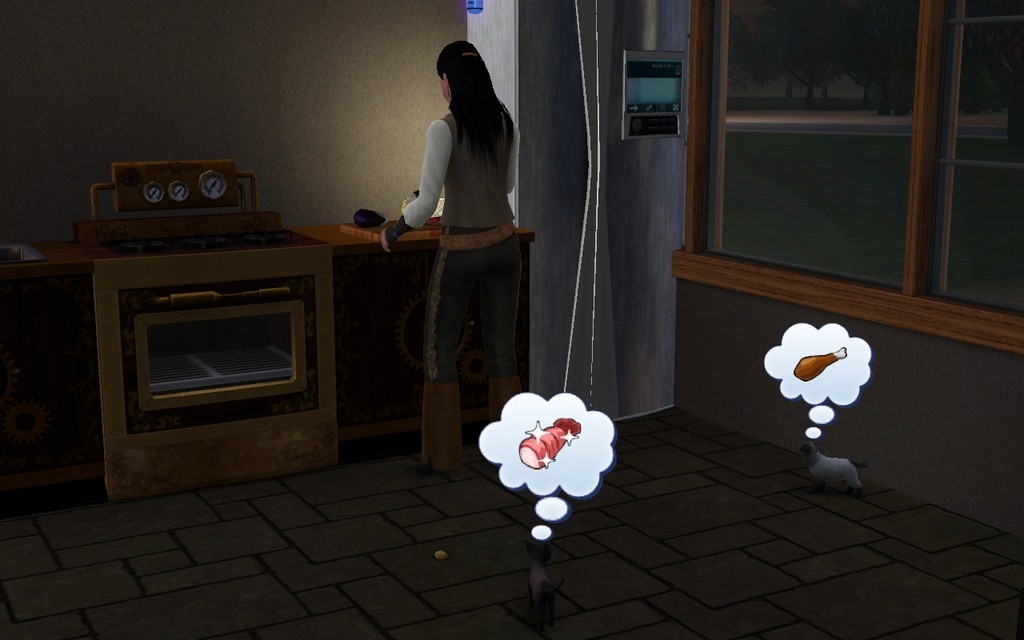