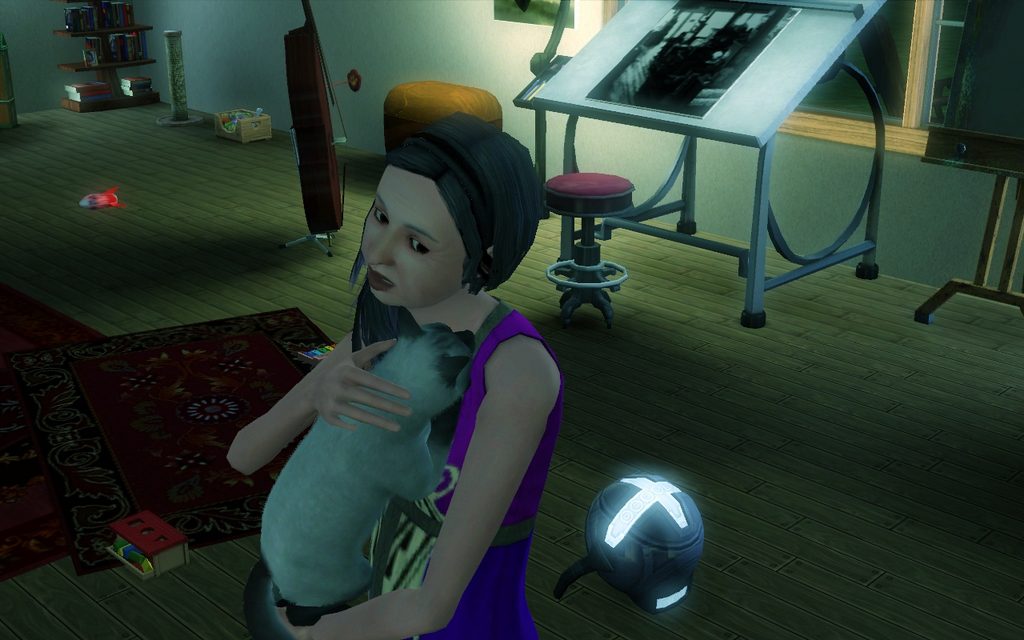 She finds comfort in caring for little Pauline and cuddling with the cats. 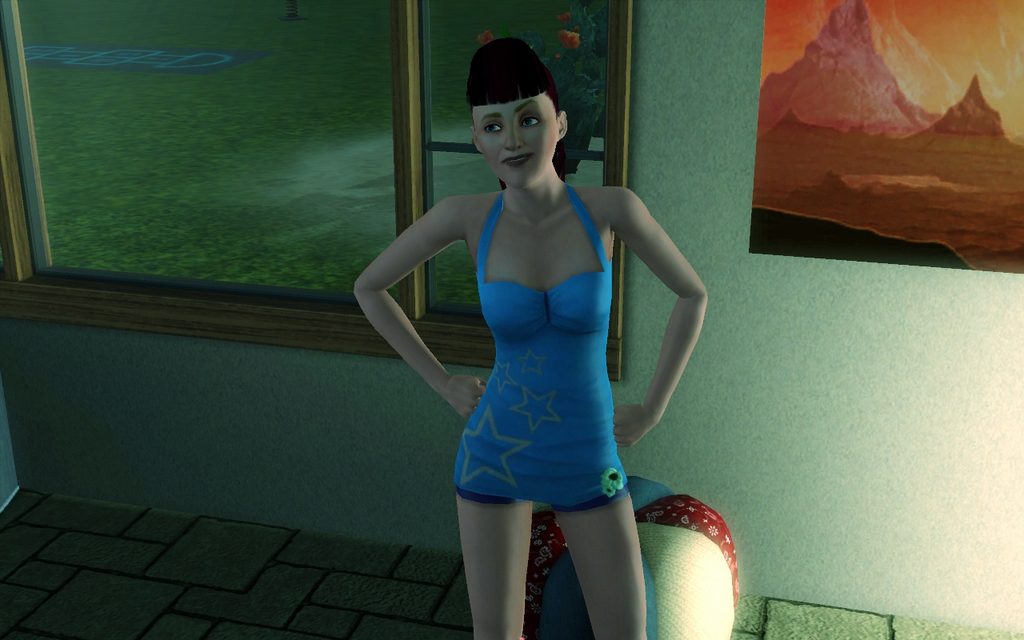 Star aged up to adult. I gave her her hair back. 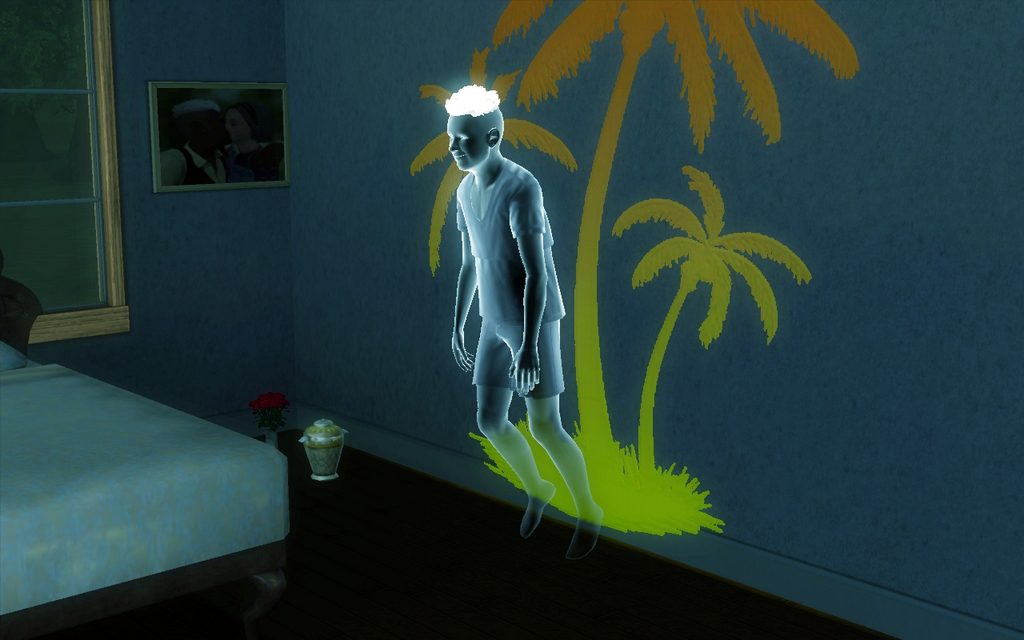 Oooooh! That was quick! 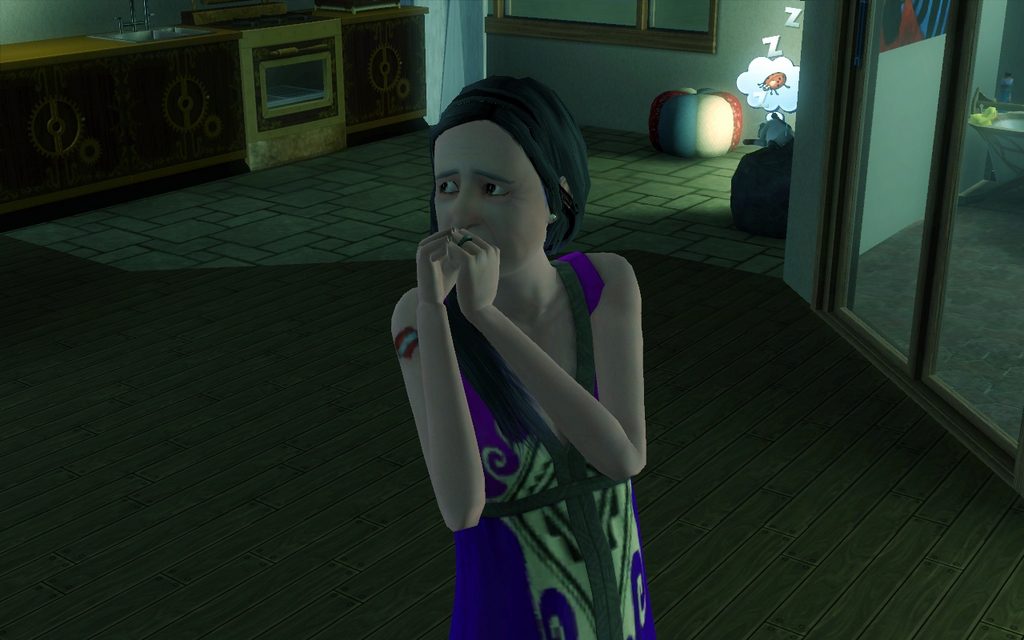 Violetta, beeing a coward, isn´t thrilled. She faints, and that is that. 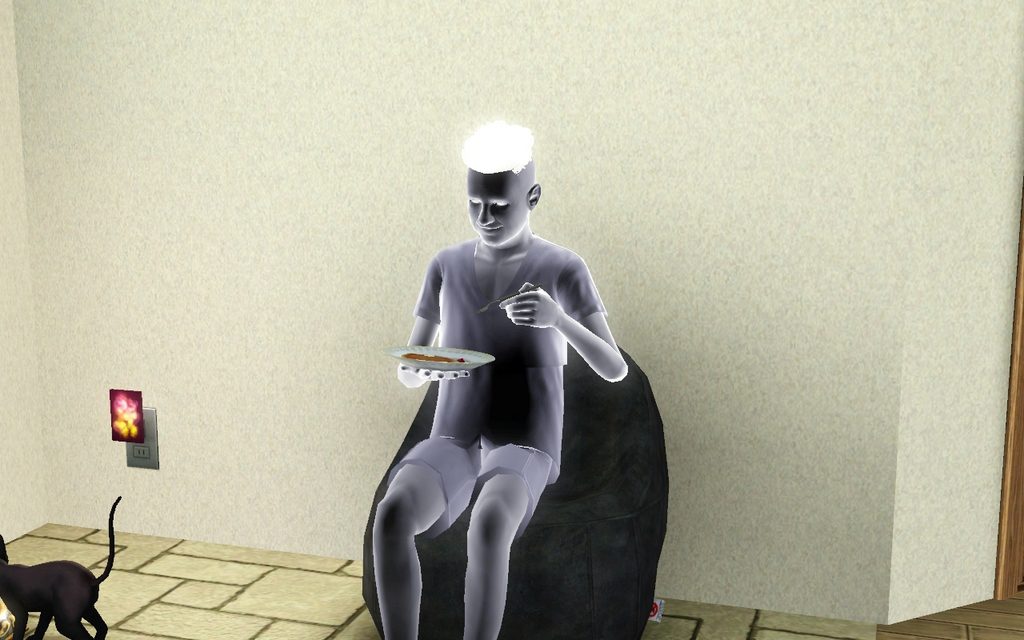 Paul stays for a while anyway. 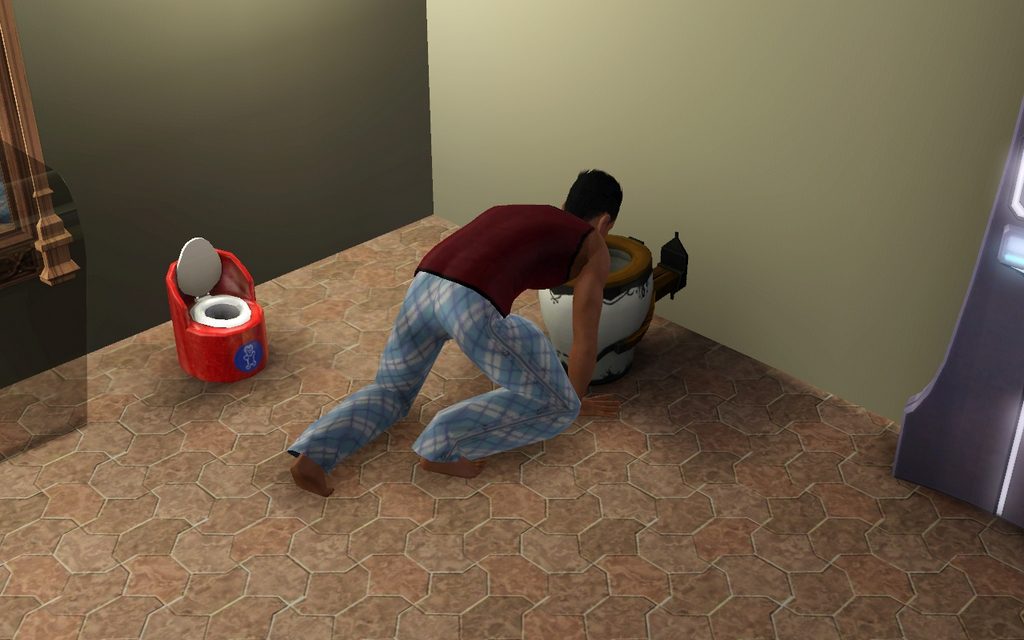 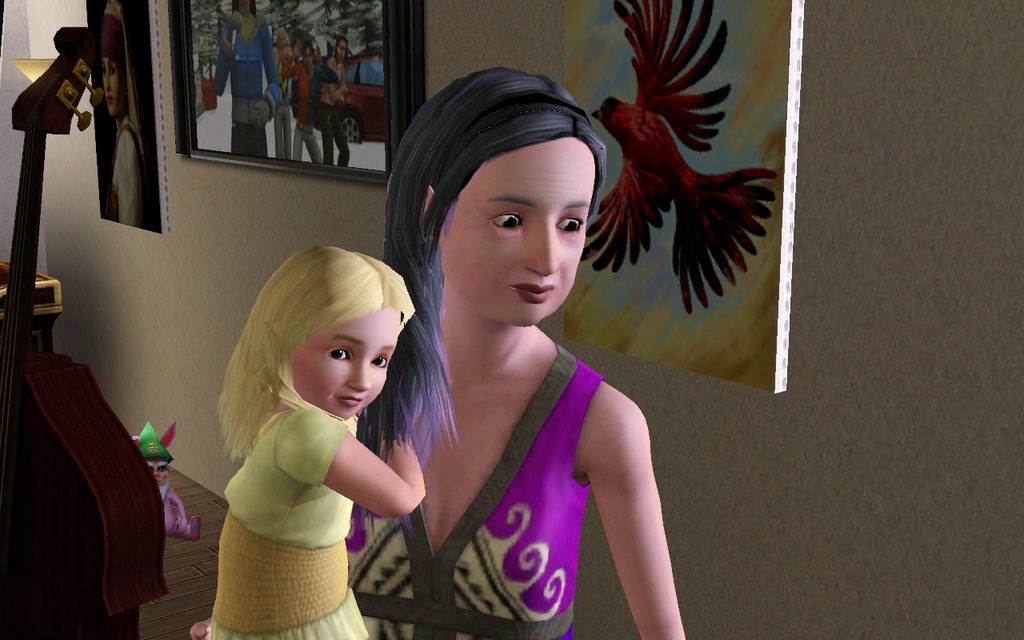 Pauline had her birthday. At least, this time I can pretend, she got that haircolour from her dad. Apart from that, she looks a lot like her grandma. 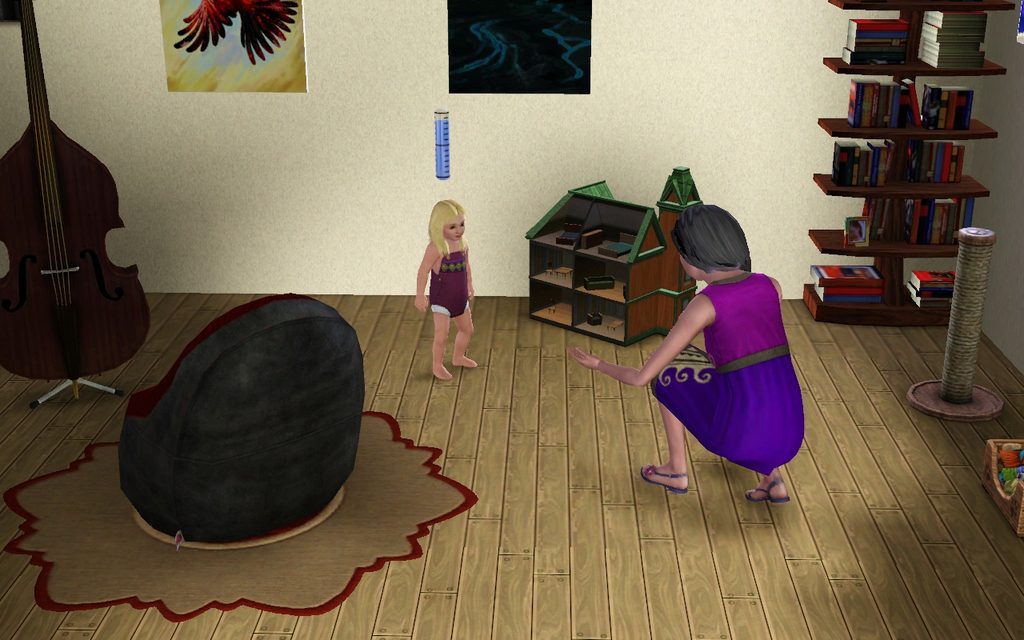 They even have colourcoordinated outfits.

(I appologize for Violetta always wearing the same dress. She has more outfits, I swear).

She actually chose to teach Pauline walking on her own – that´s only the second time in all my sim-playing history, that a sim teaches a skill to a toddler autonomously. The other time, it was Leighton Sekemoto, who is also family oriented. 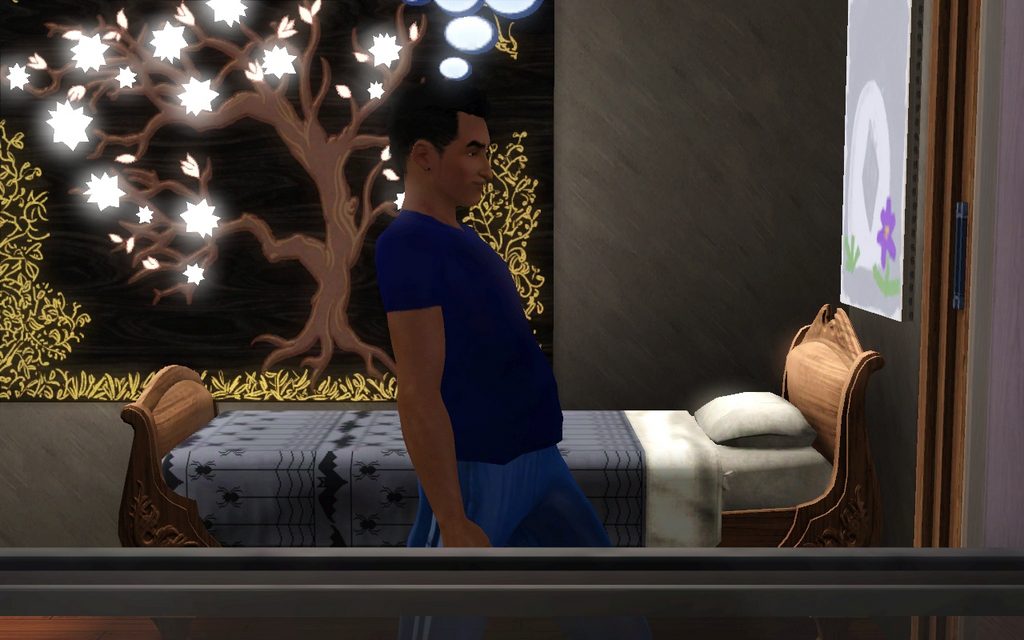 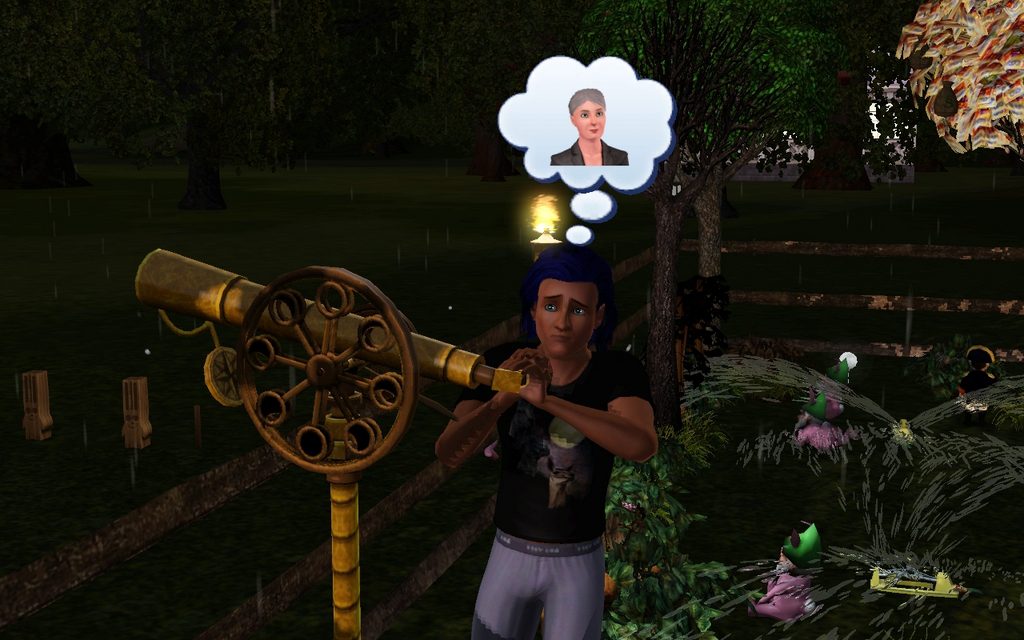 Joe improves his logic skill and seems to come across an evil plan of Teagan MacAnna. Which is funny, because we will be seeing her later in this legacy. 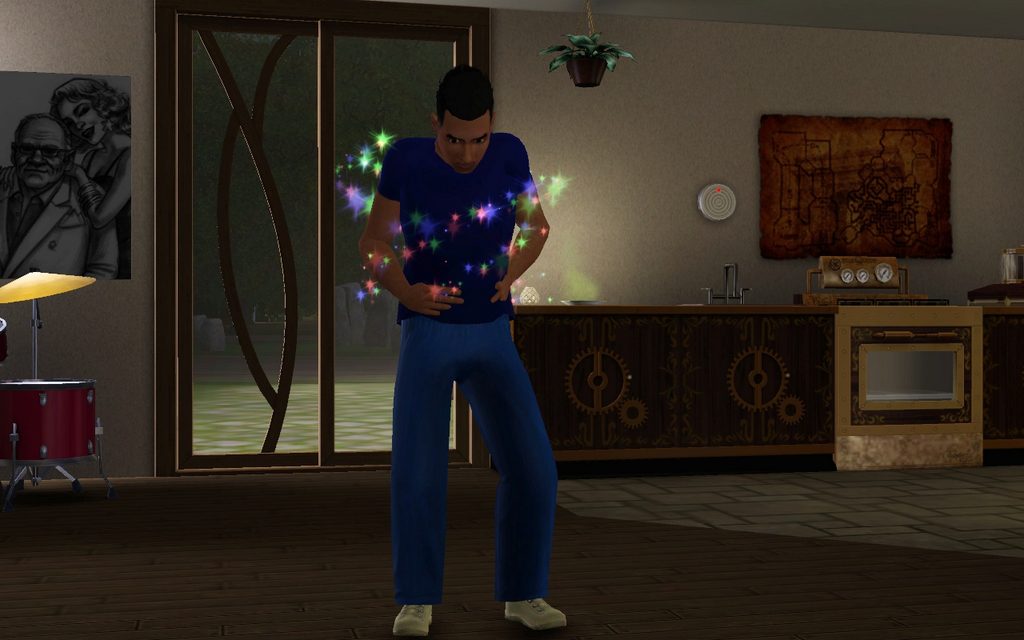 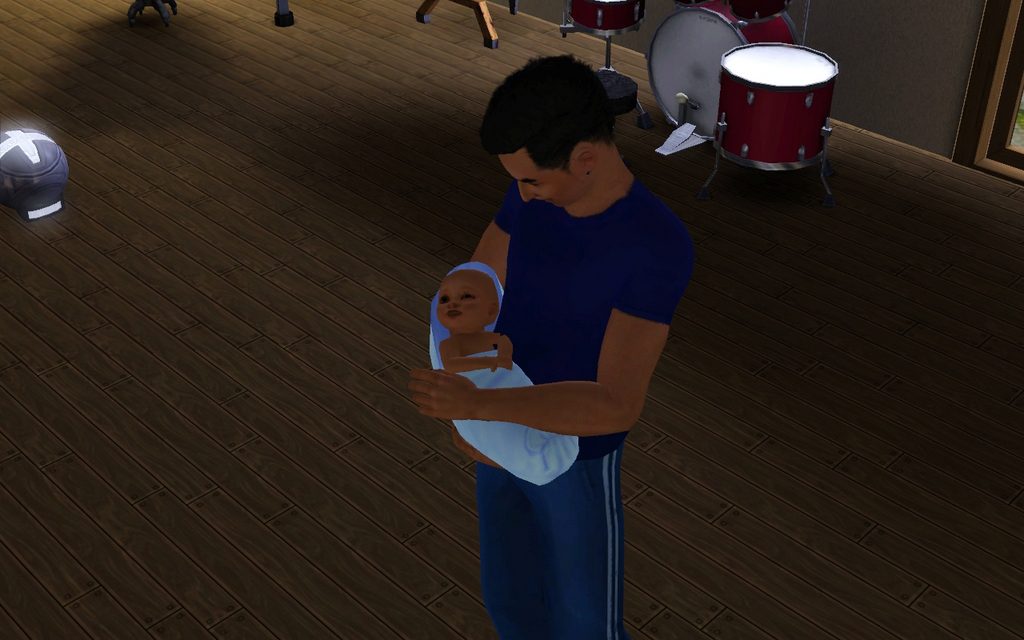 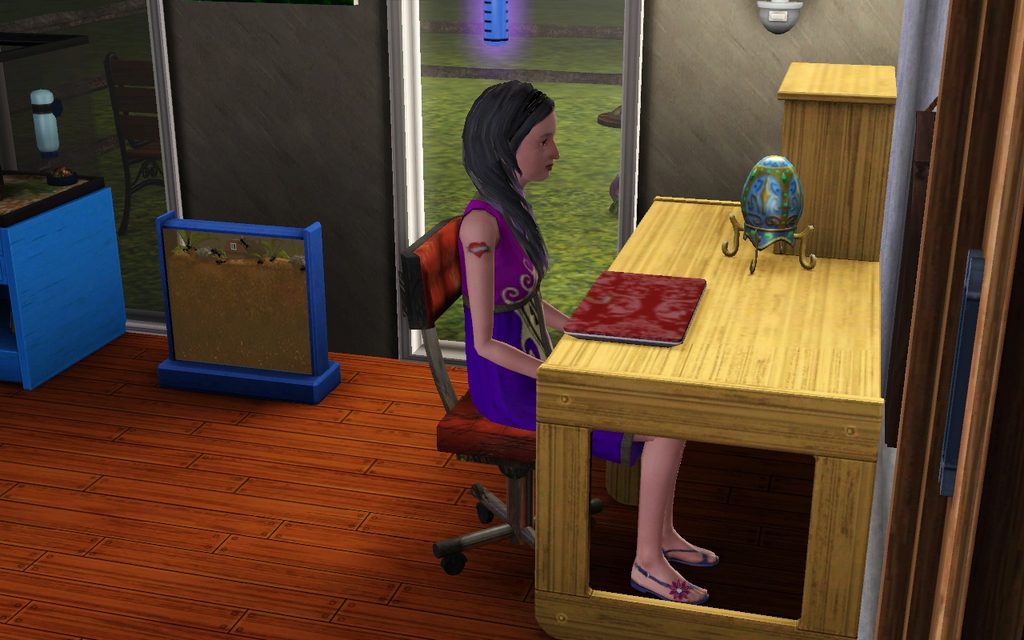 Violetta finishes her book „Loving a frog“. It´s a masterpiece!

She also did a children´s book named „My little newts“, but it wasn´t that well received. 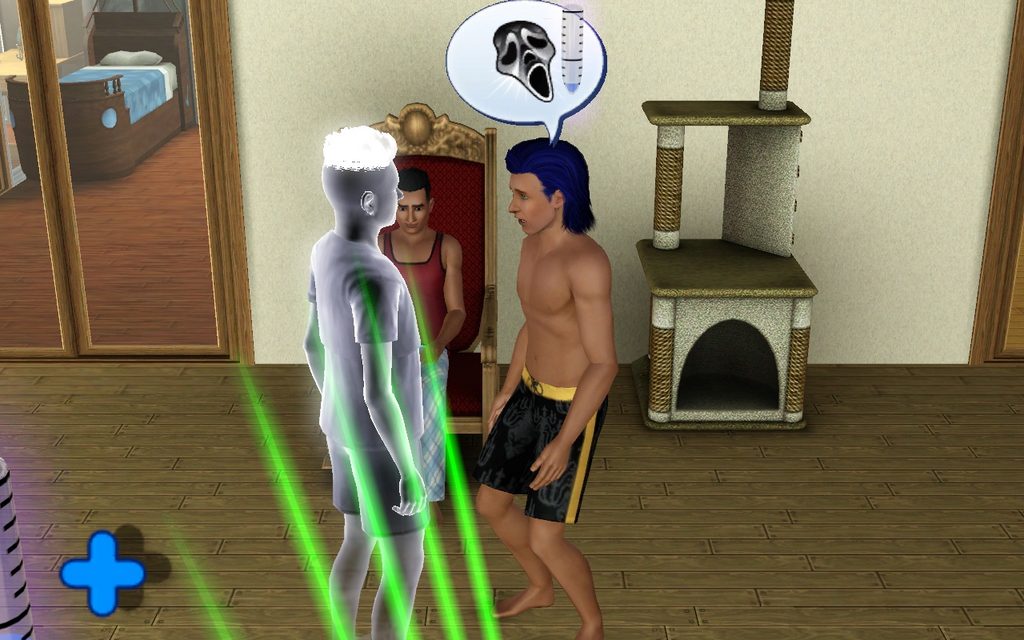 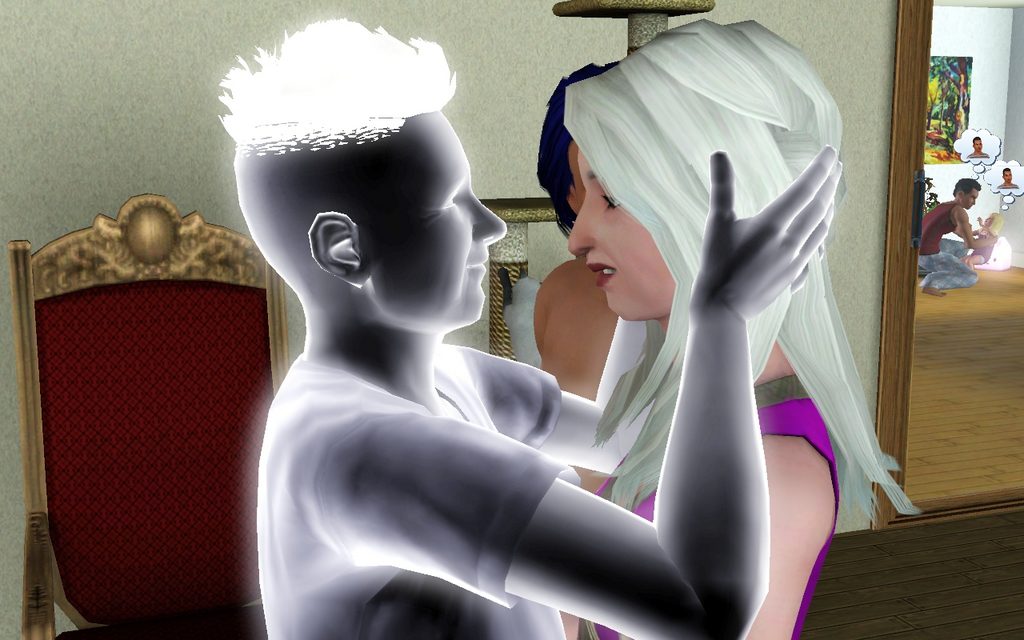 This time, after fainting, Violetta manages to have a nice encounter with him. 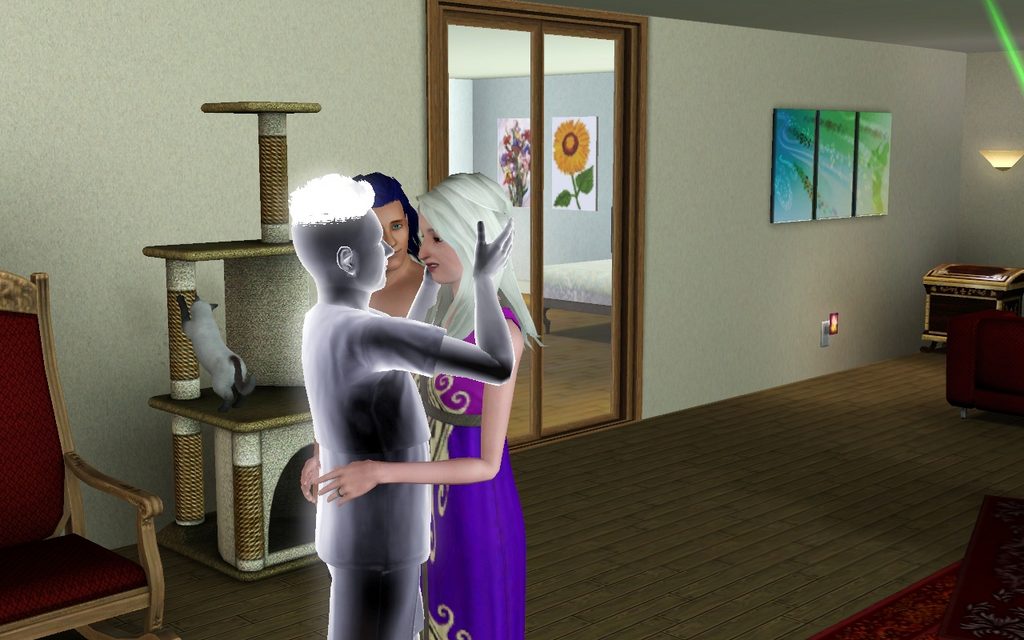 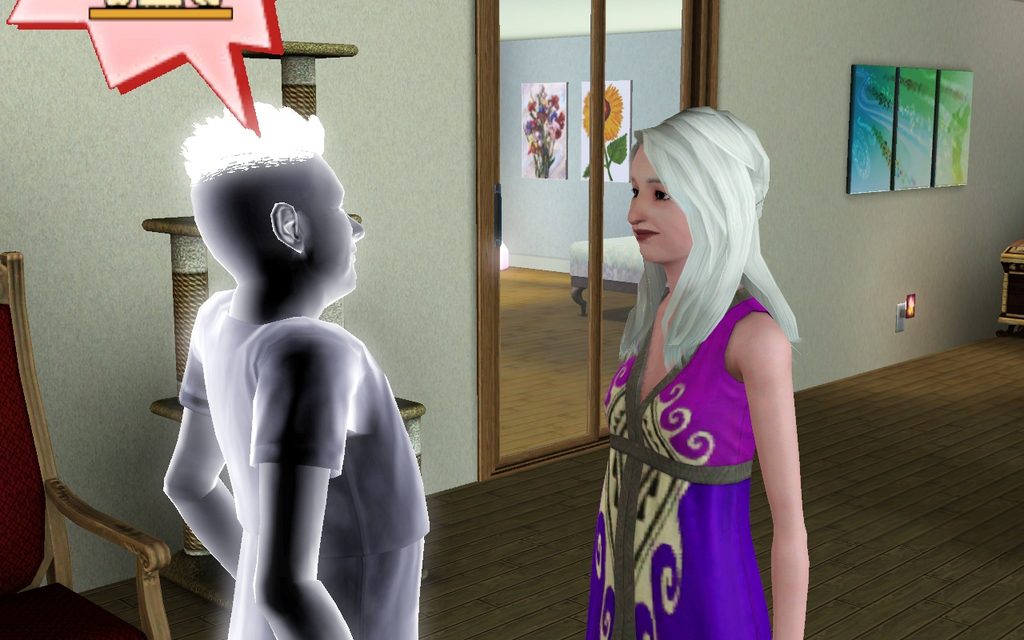 Even though Paul seems pretty hungry. Why are ghosts hungry? Especially, if they died of old age and not starvation. 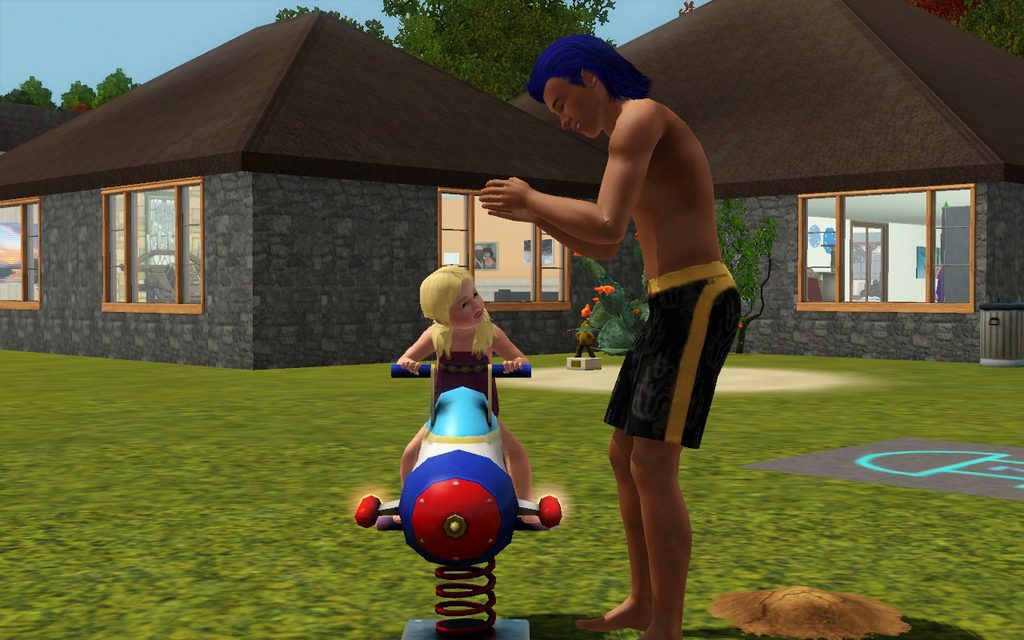 This has to be the cutest animation in sims 3. 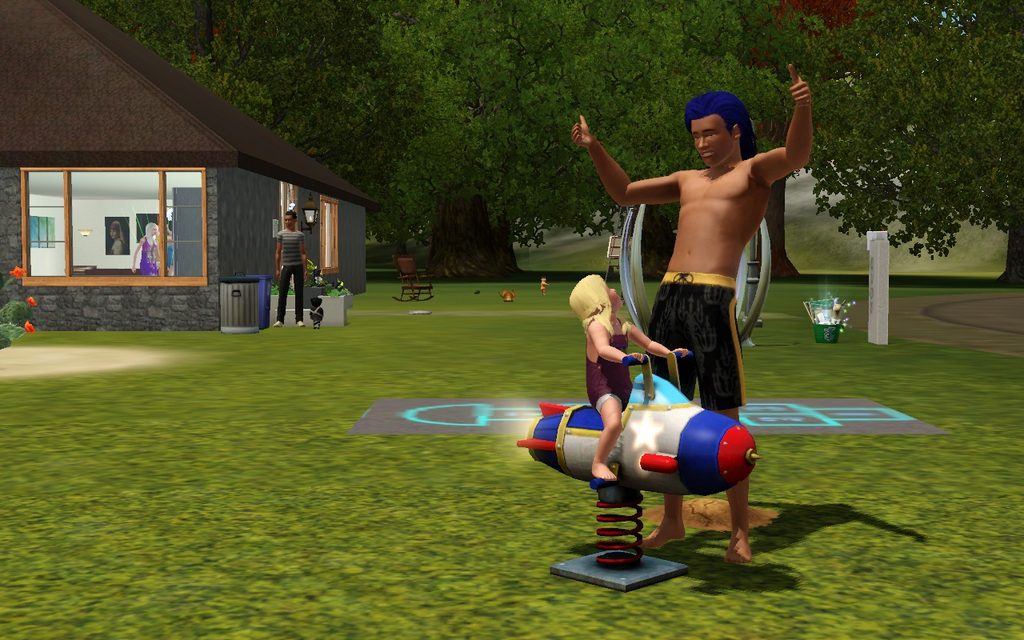 I would´t even know about it, if my sims would´t roll the wish to let the toddler play with the thing. 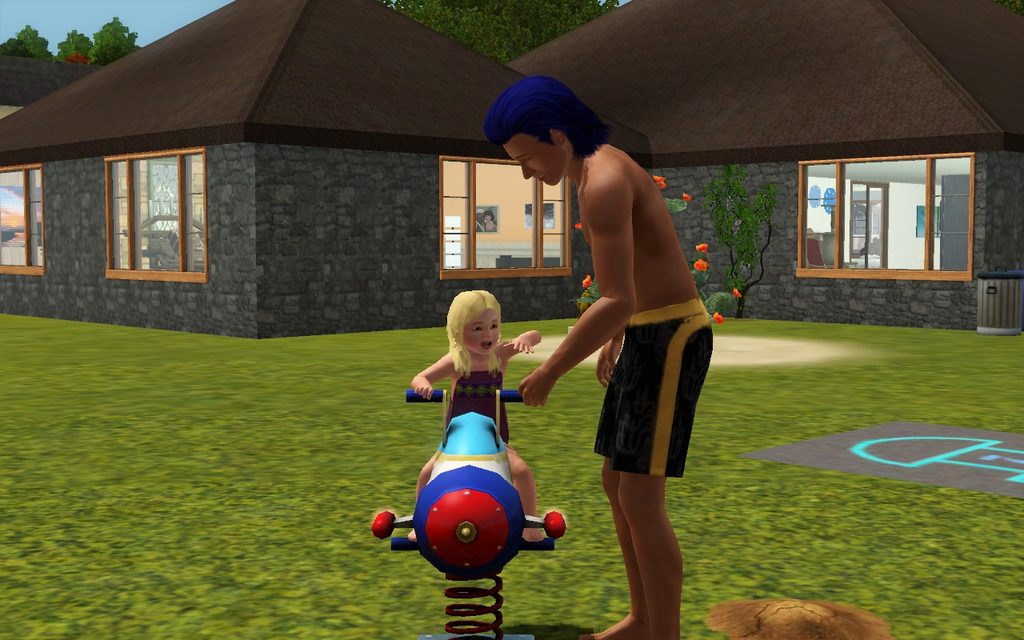 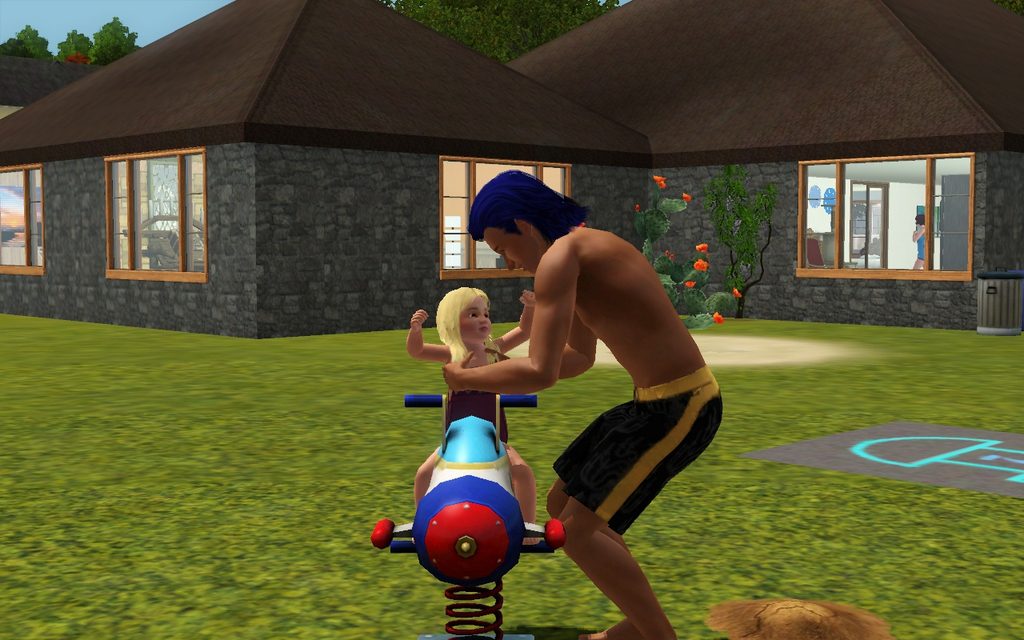 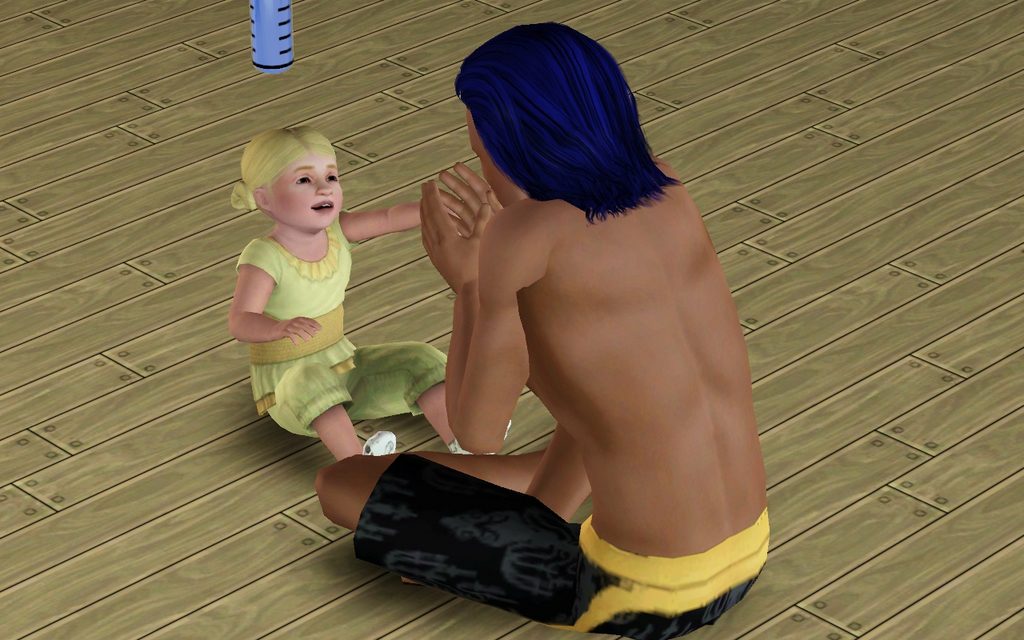 Pauline is a smart one. 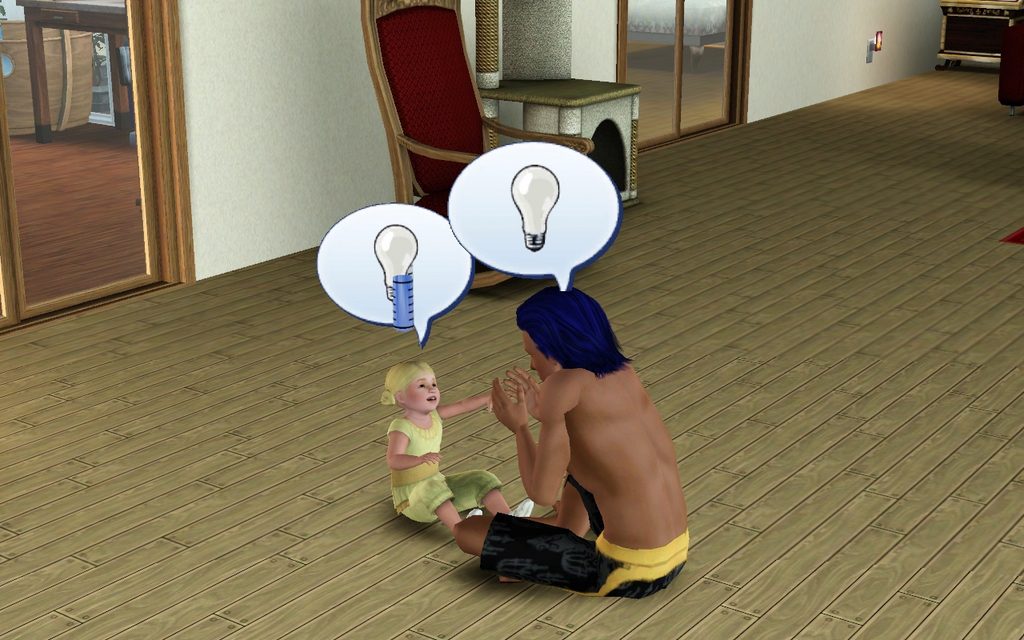 She even seems to be able to see Joe´s lightbulb. Him beeing an IF and all. Pauline is not, by the way, but Kym inherited it from his dad. 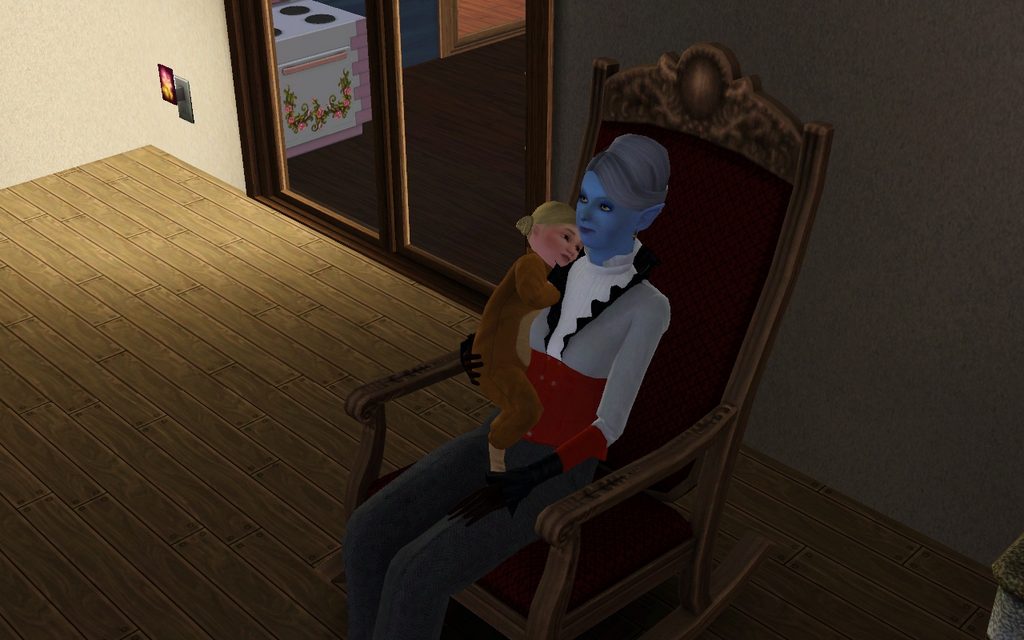 Aine got old. But she still snatches up any toddler she sees. 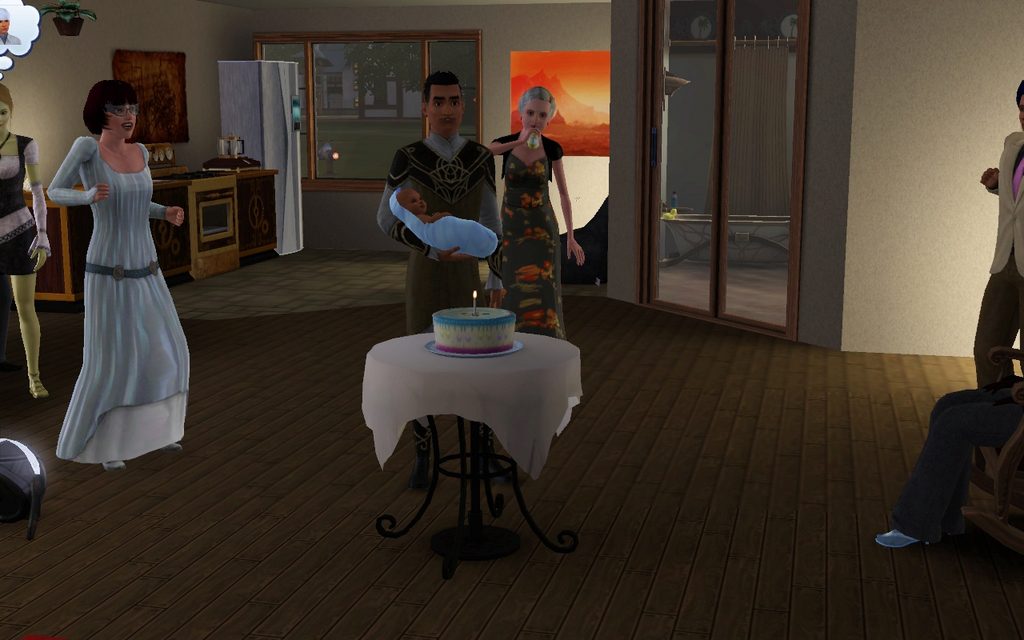 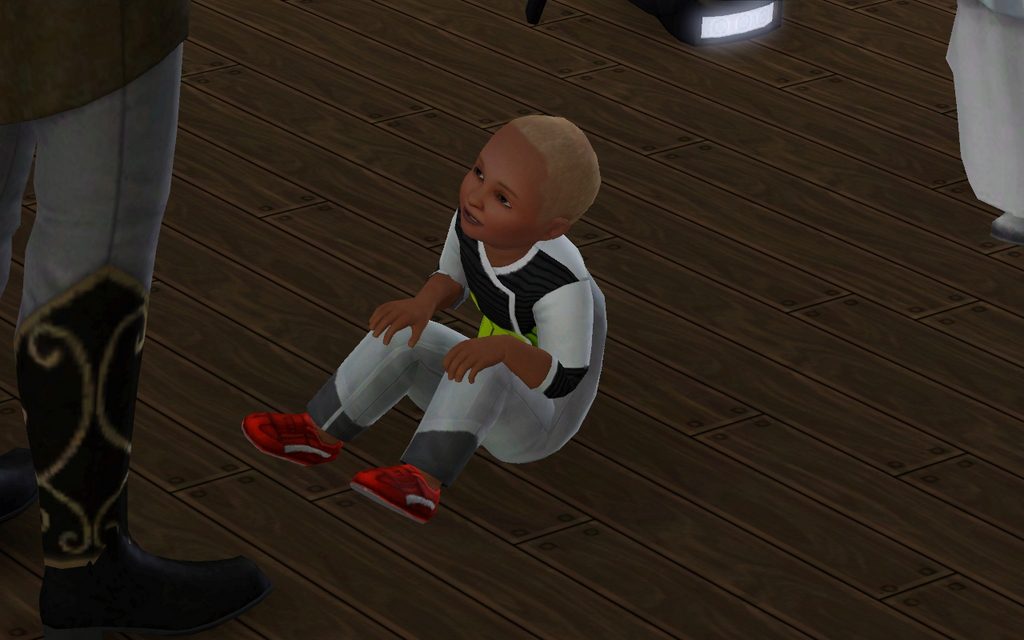 … I don´t mind blond hair in general, but this is ridiculous.