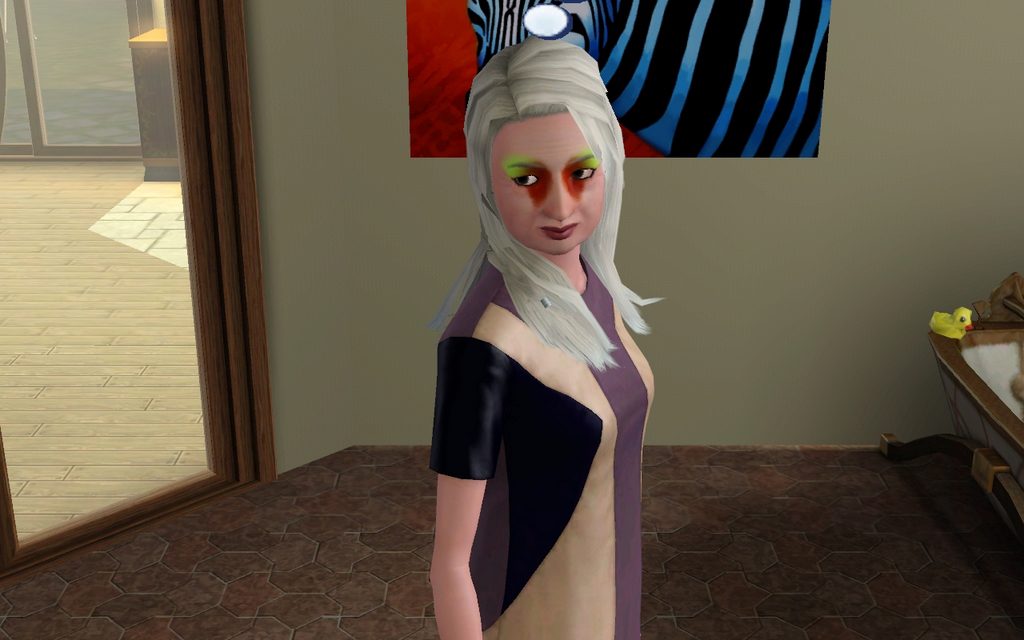 Aargh! Violetta! What happened to you??

Violetta: This is my new look.

(I´m pretty sure, I just changed her hair. Don´t know, how that happened.) 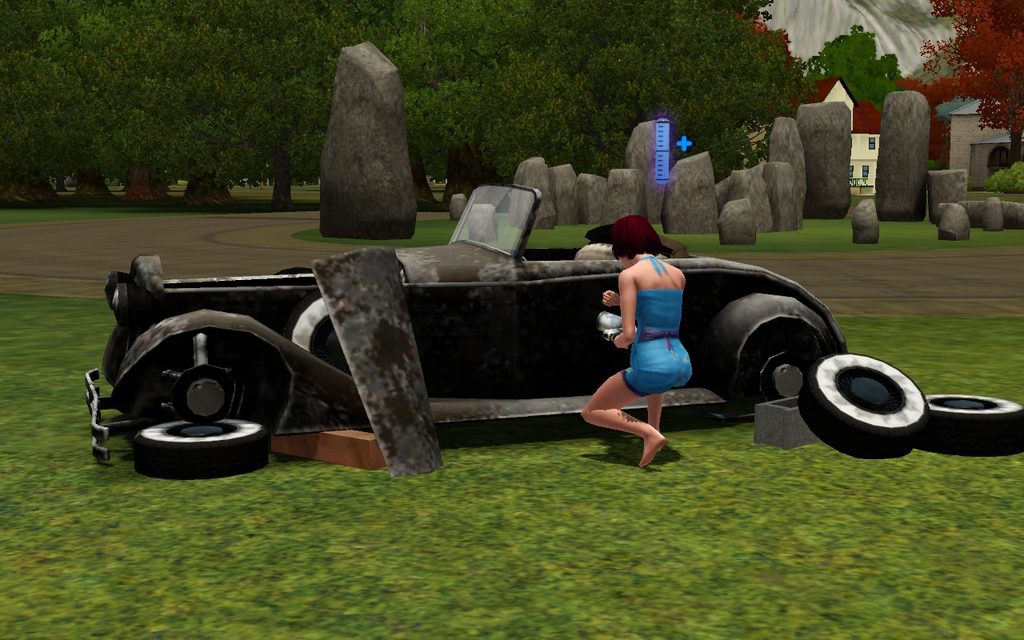 I bought that fixer-upper car for Star, because she is a vehicle enthusiast. 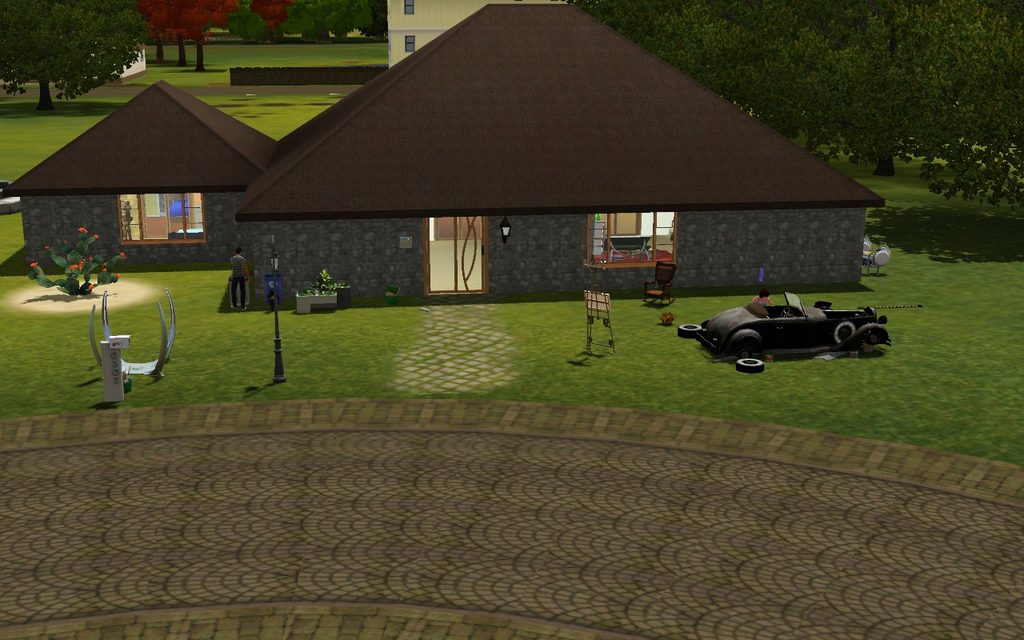 It totally improves our lawn. Not. 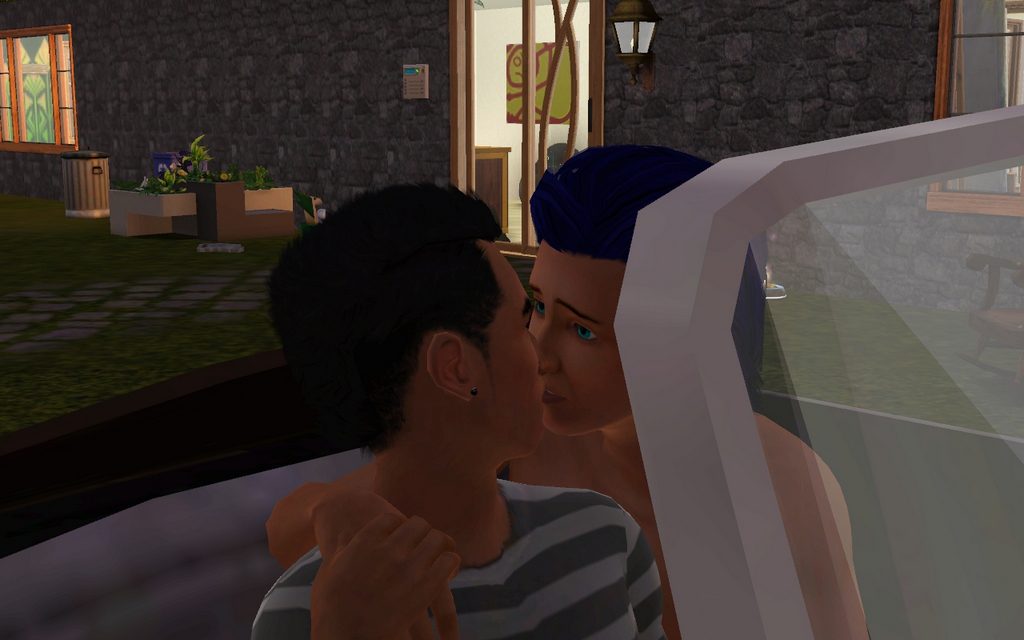 Joe and Nathan nearly immediatly found the OTHER use of the car. 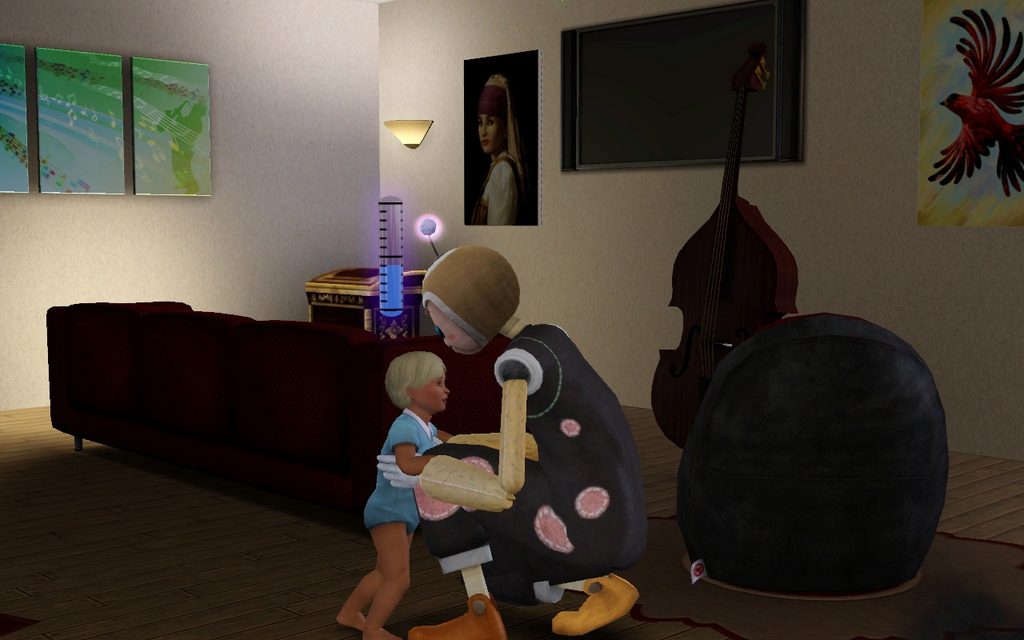 I thought, it might be cute, if Joe taught Kym to walk in his IF-form. 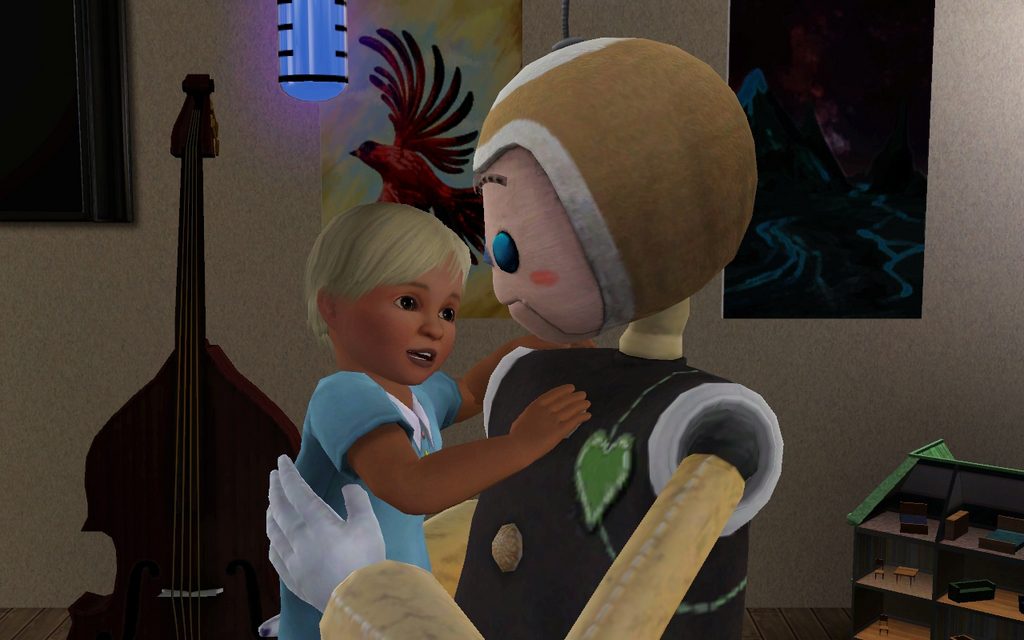 Although I don´t know if this is cute or creepy. 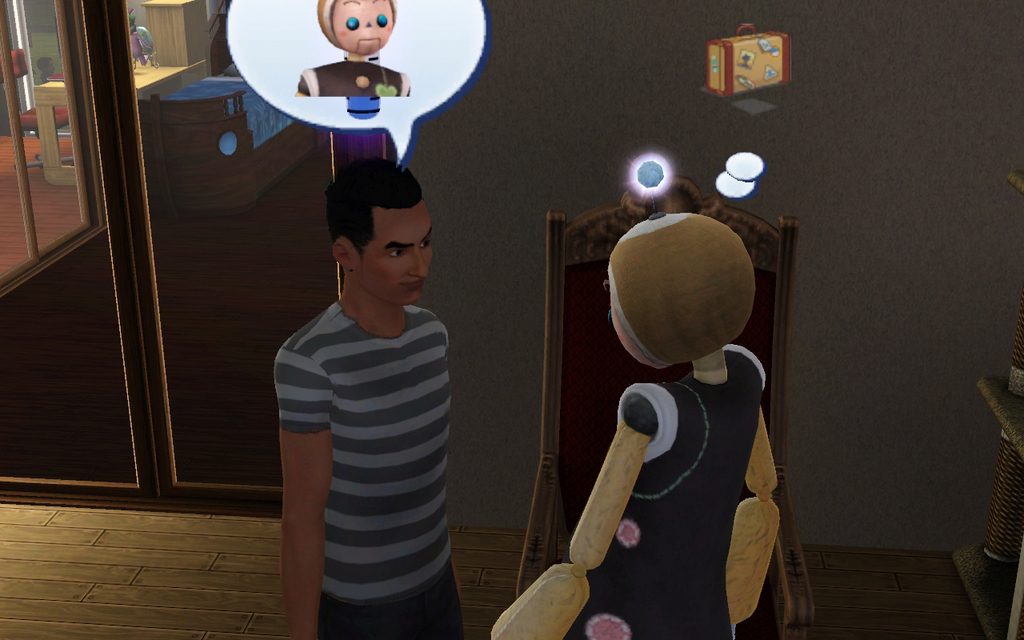 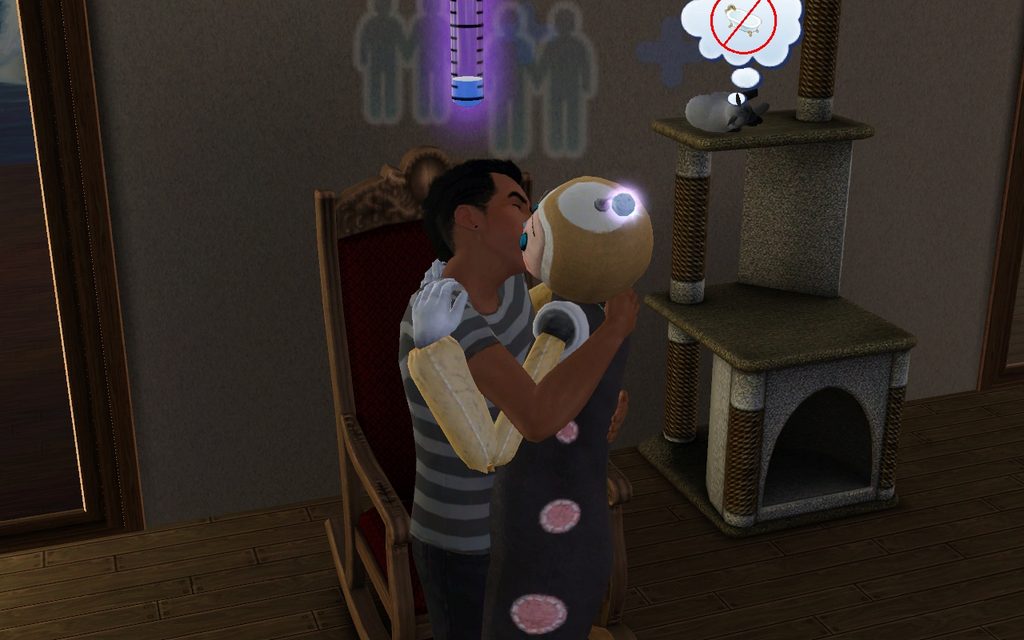 Eeeek! This definitly is creepy. … I mean.. ok, whatever floats your boat. And stuff.

But isn´t it… fuzzy? 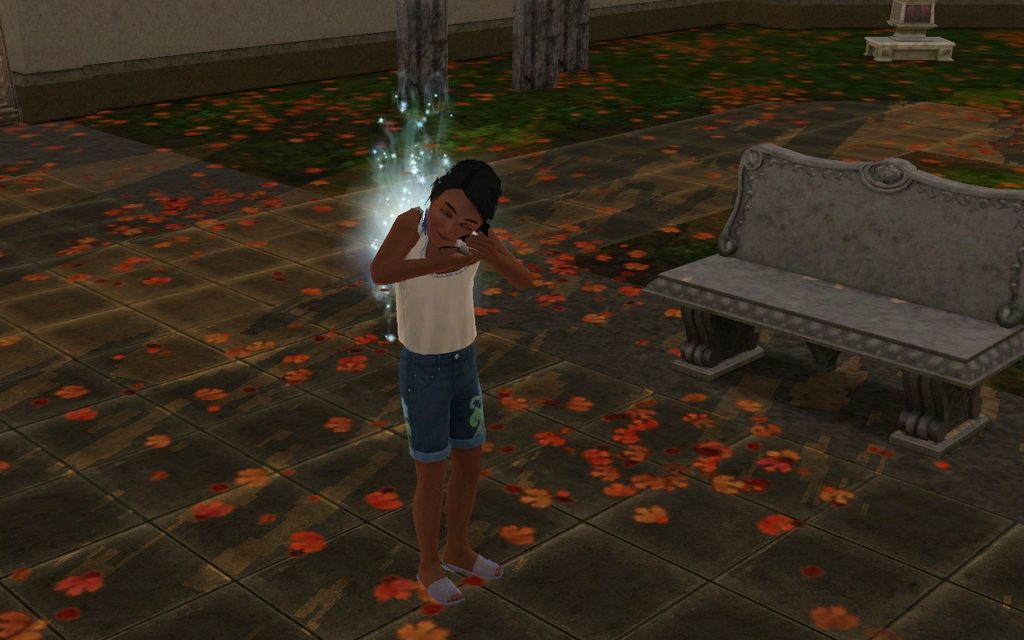 Kisa found a rat to play with. 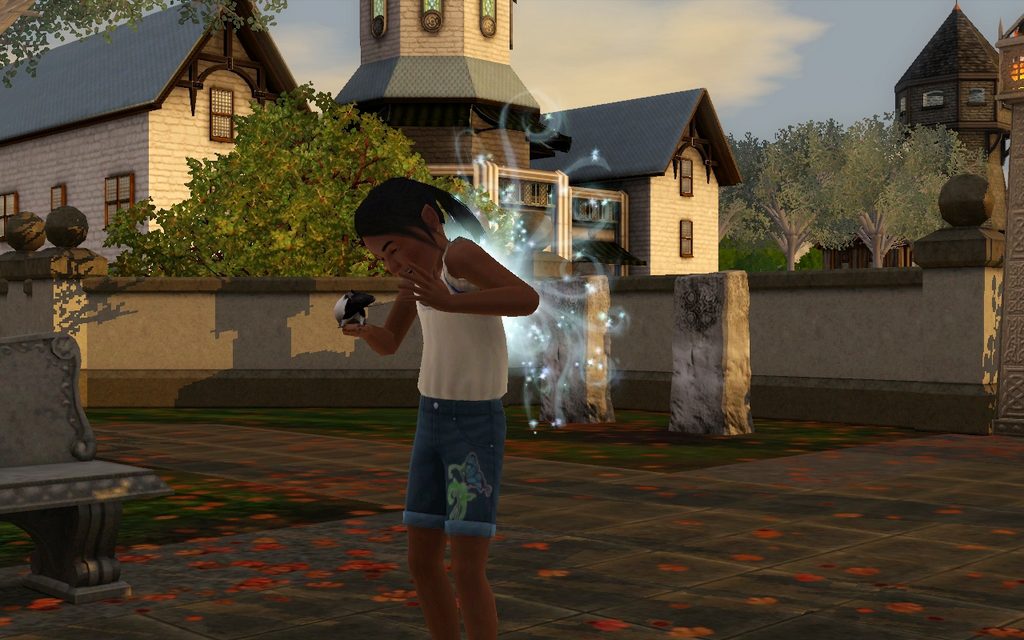 Now, this is cute. 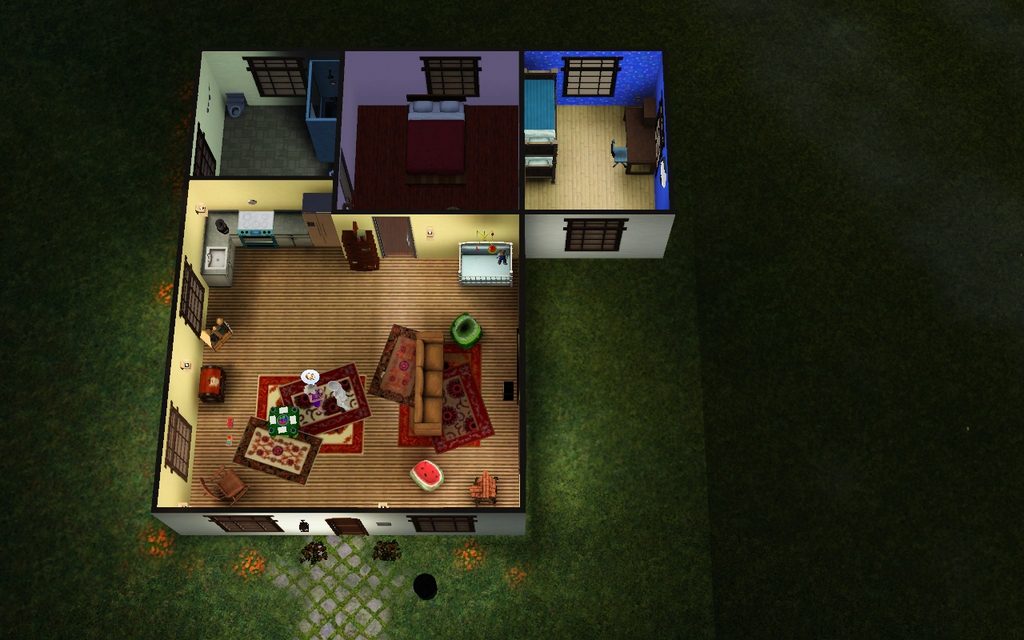 This is the house I built for Jaron and Amber. It´s pretty basic, but has enough room, if they want more children. Well, Jaron might. Amber not so much. 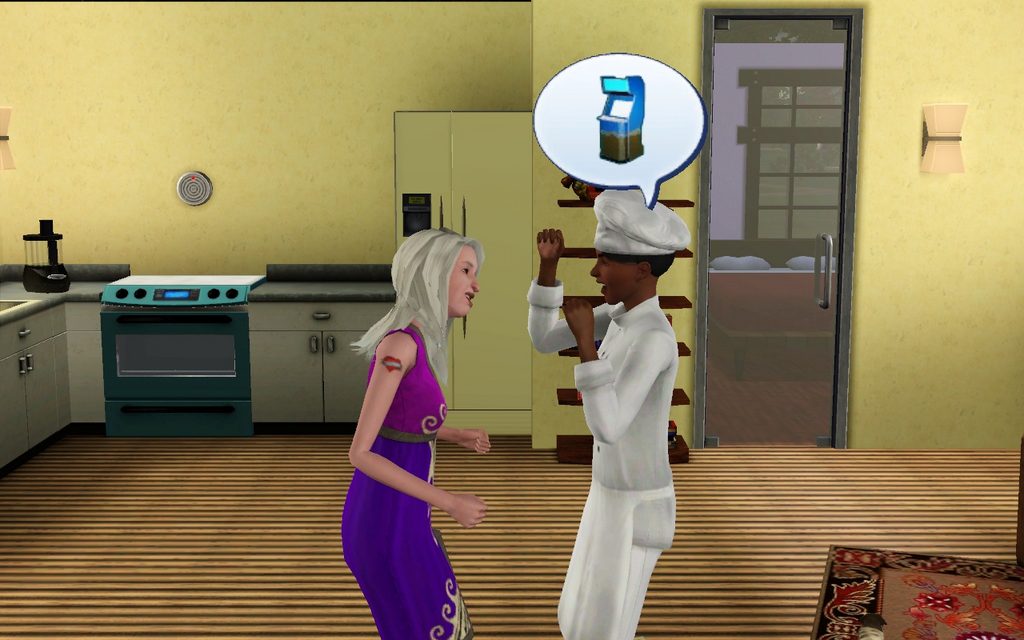 Violetta came to visit. They had a nice chat. 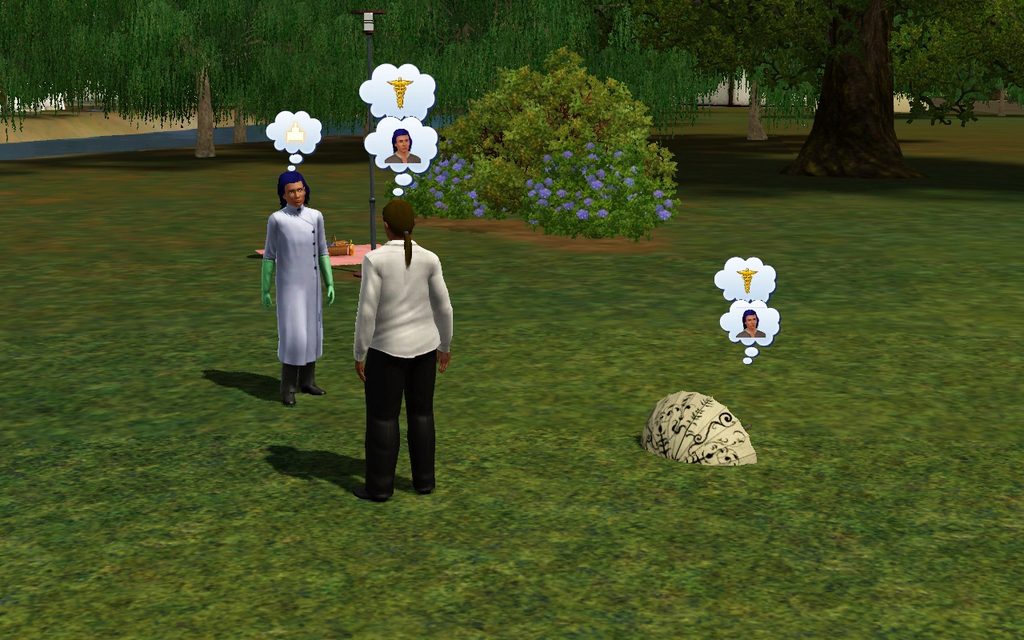 Joe has a clinic-thingy. Not vaccination, the other one. There are a lot of ill people, including a distraught umbrella. 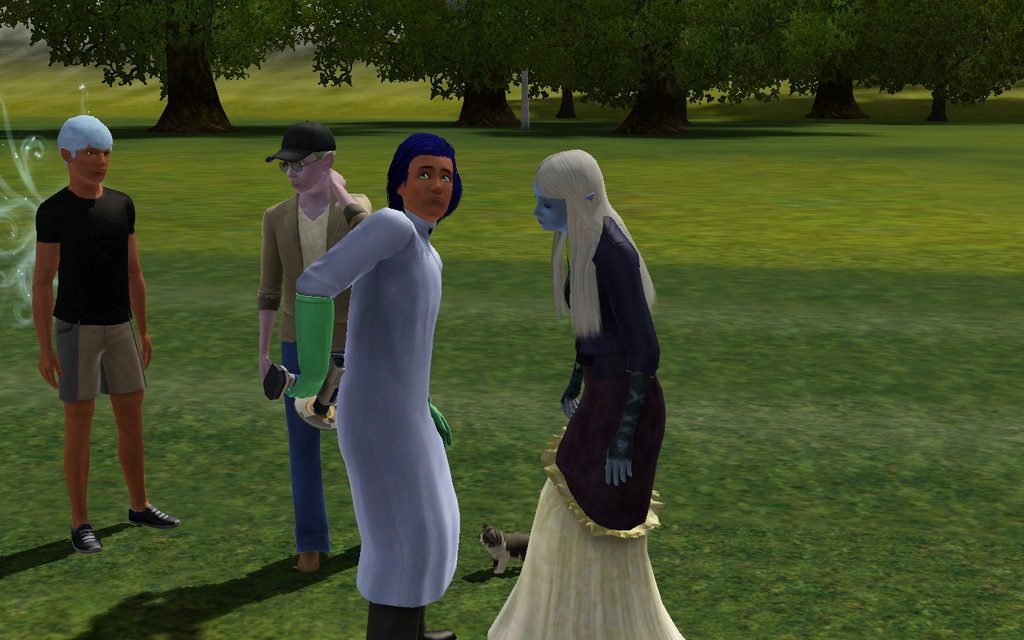 Aine: … where did you pull that thing from? 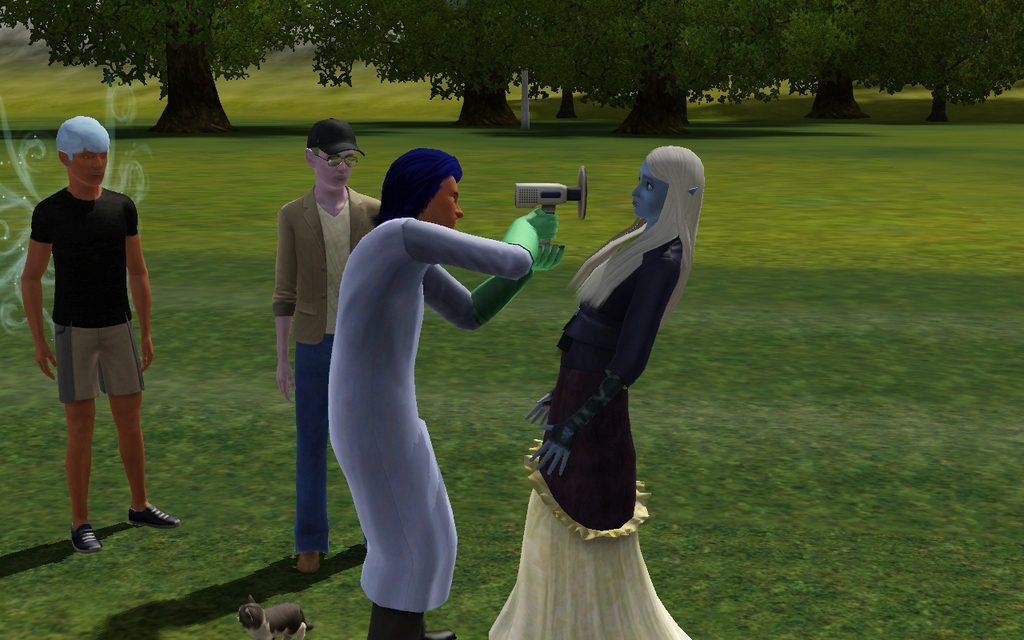 Joe: I´m the one asking the questions! 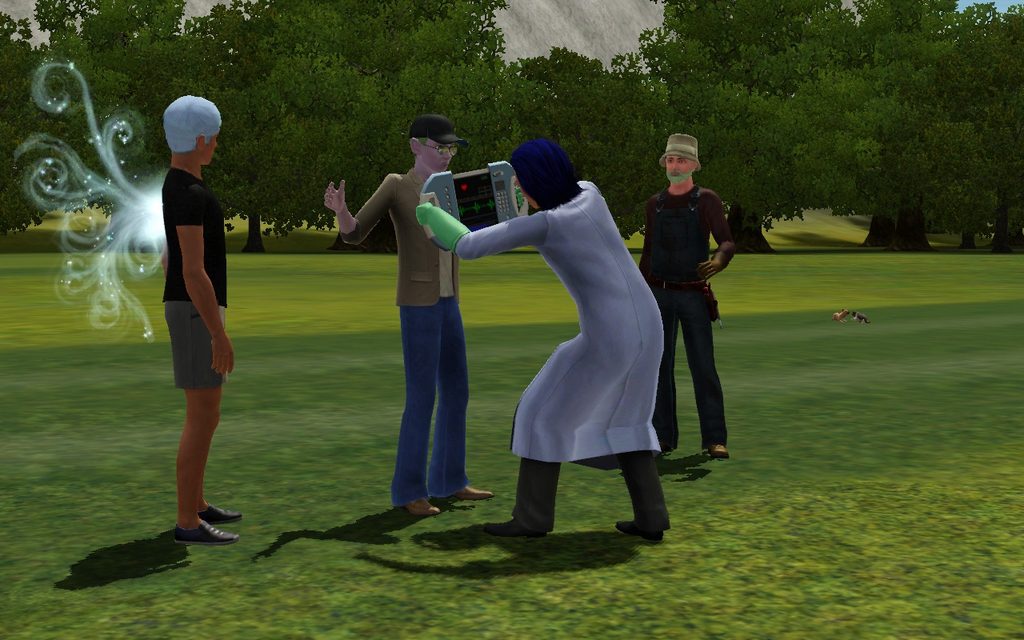 It was a success, but I don´t know what happened to that umbrella.

Both toddlers can talk now, so they can have conversations at the block table. 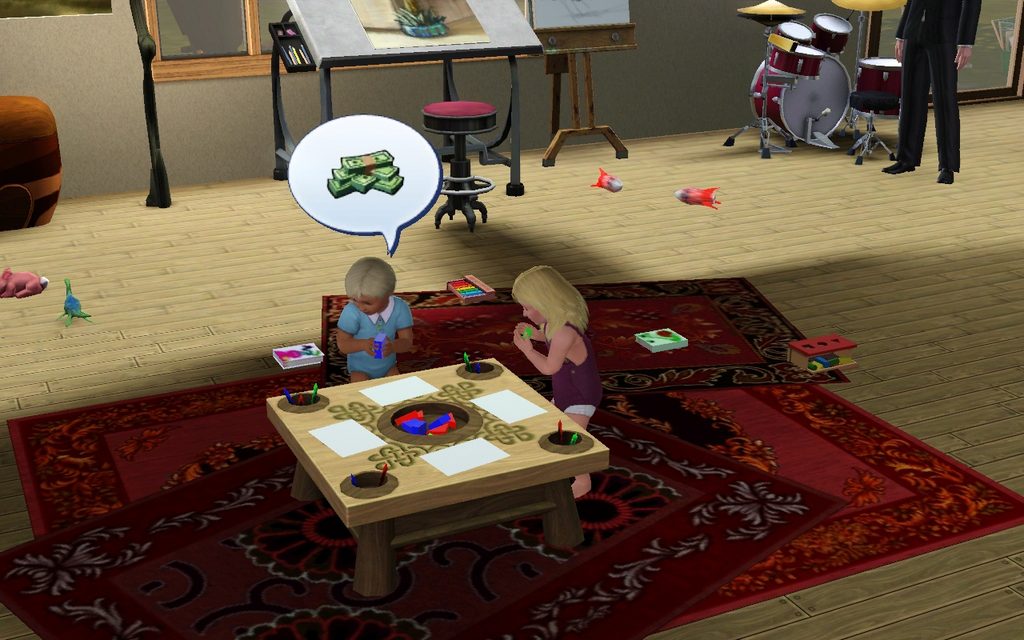 Kym: They ged lo´s of money! 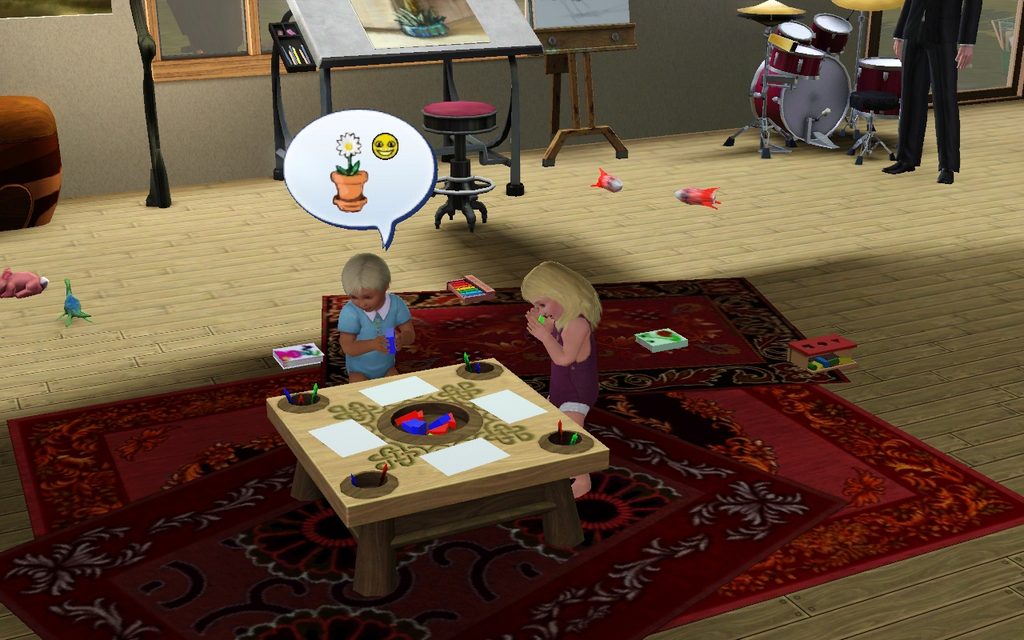 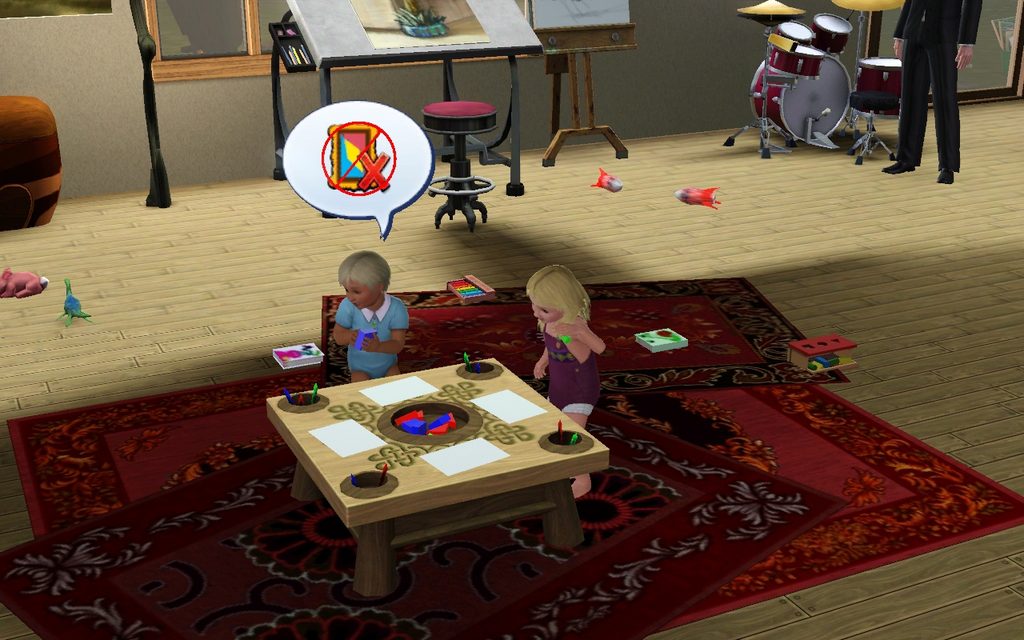 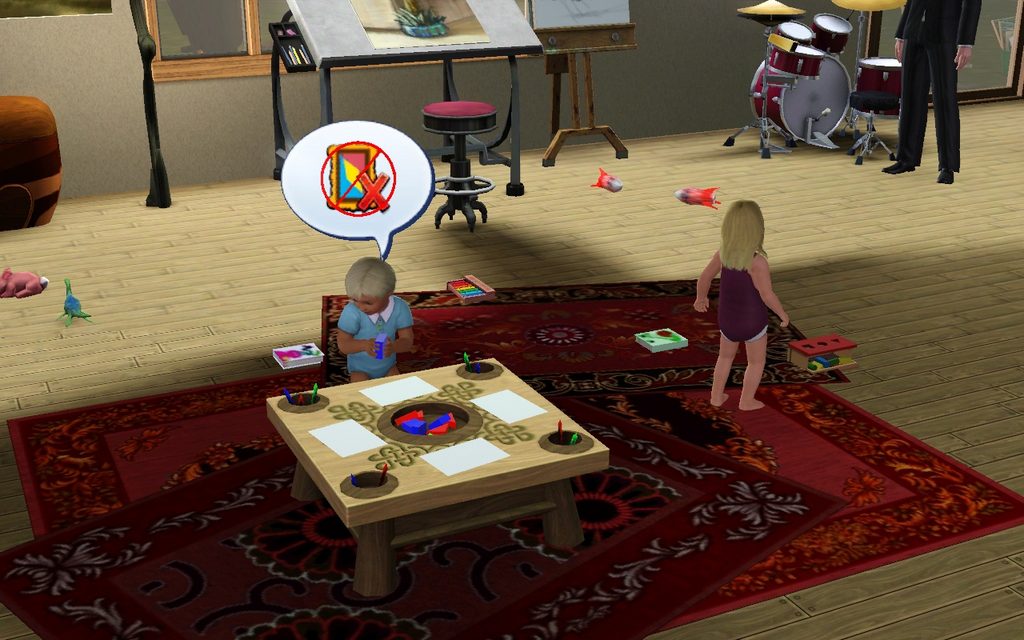 Sometimes their conversation bubbles seem to make sense. Pauline is a virtuoso, so she loves music. Funnily enough, Kym doesn´t have the dislike art trait yet – he will get it, when he becomes a teenager. 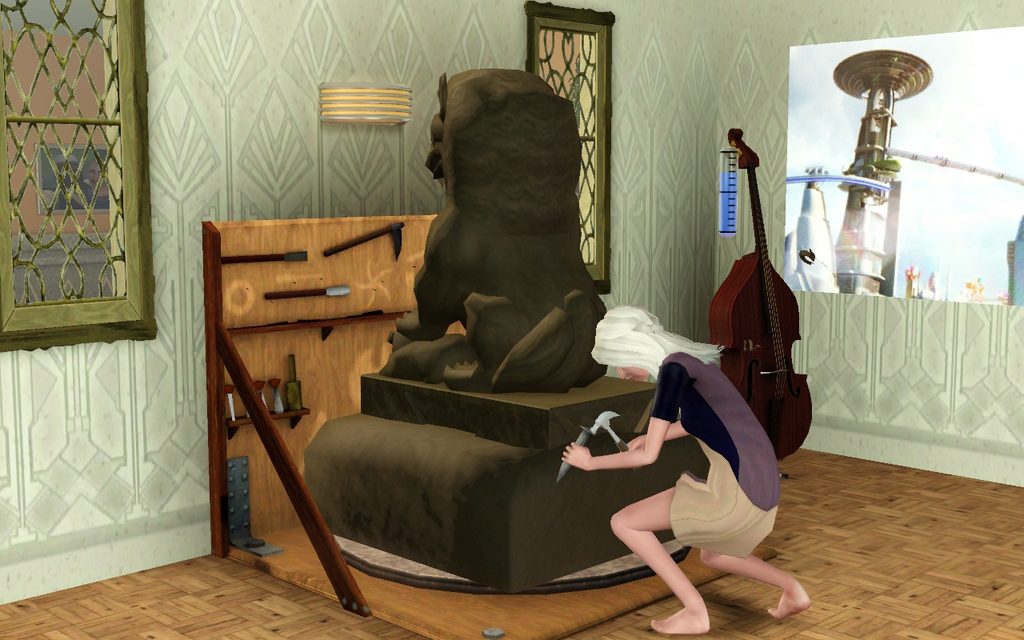 Violetta has taken up skulpting. That´s her first one! 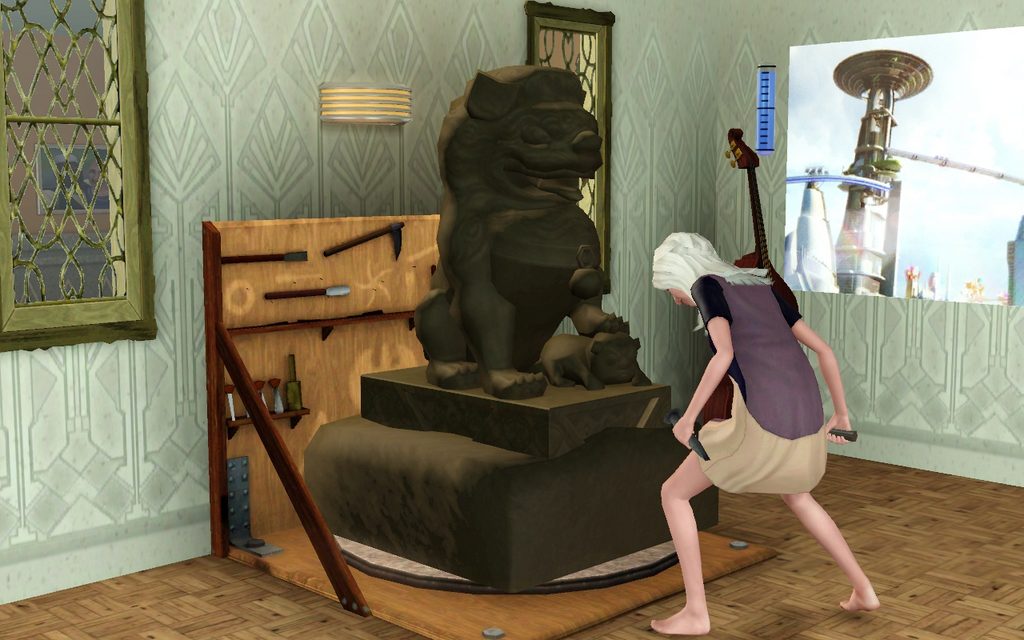 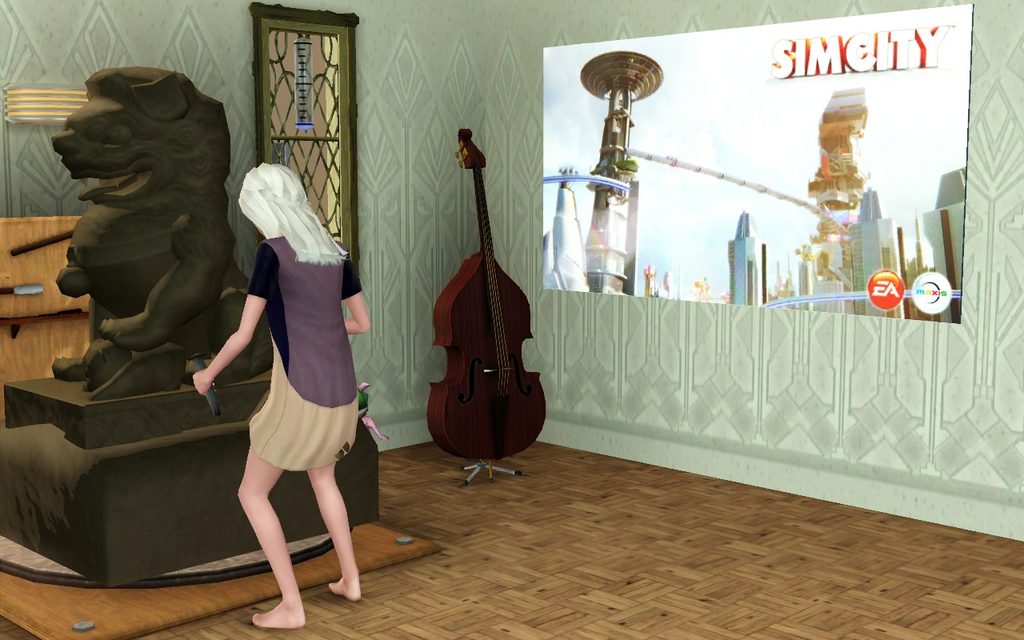 Someone sent us that poster in the post. Yay SimCity! 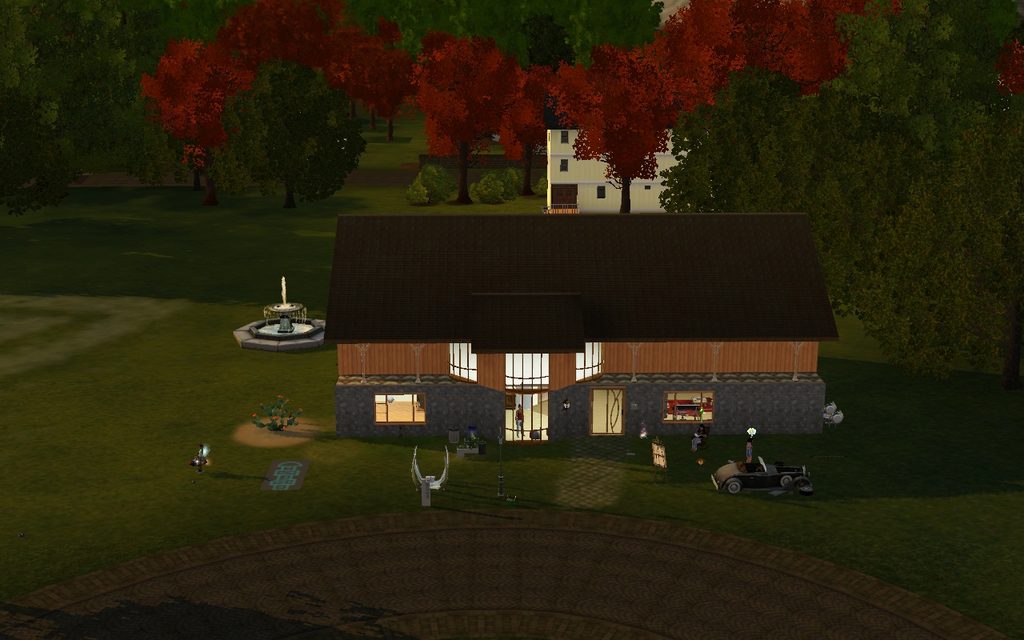 I added a second storey to the house, because I wanted to include the new windows that come with Roaring Heights. No one can access it, because I hate playing on different levels. And it doesn´t look good. Ah, well. 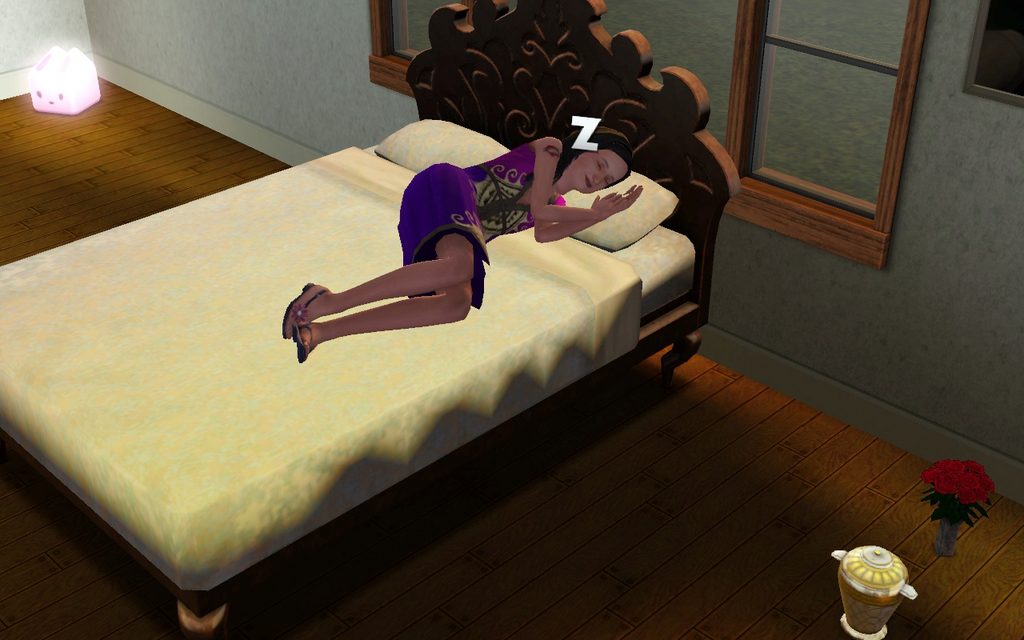 Even though the mourning moodlet has expired, Violetta doesn´t sleep anymore – she just naps. This is just a really sad picture. 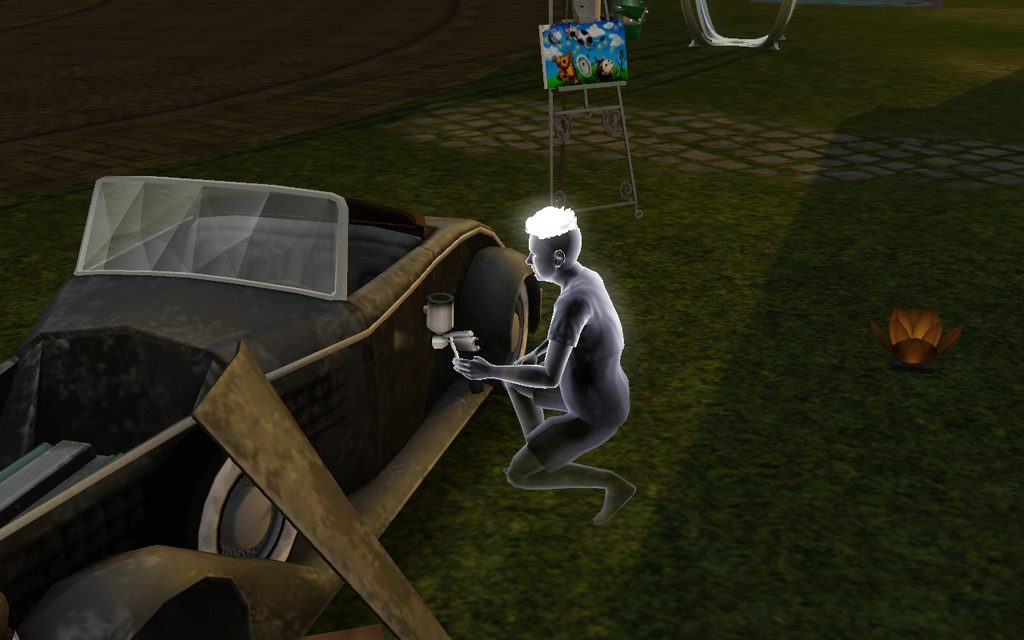 Even though Paul is around almost every night. I guess, it´s just not the same.