Violetta is making a high chair. From ice. 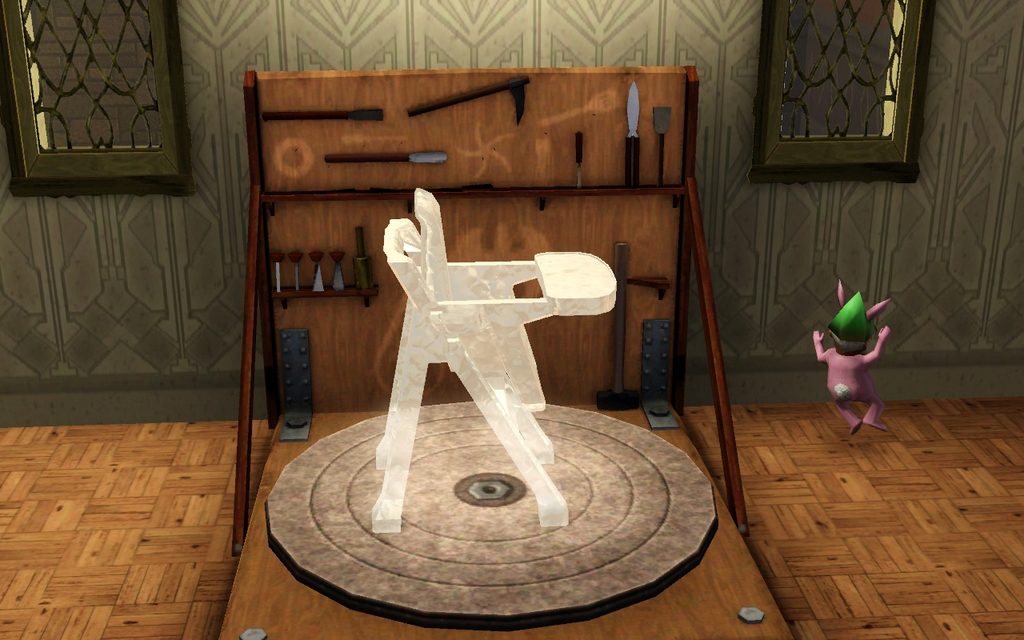 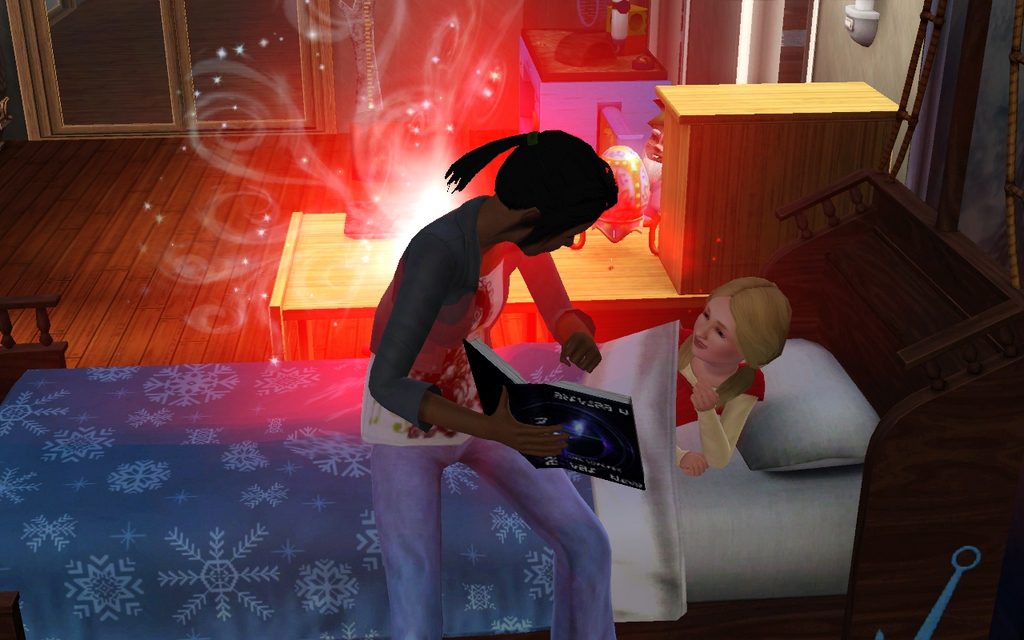 Kisa continues her good relationship with Pauline. Even if she is reading her school book to her. She´s projecting some kind of aura, that´s the reason she´s glowing red. 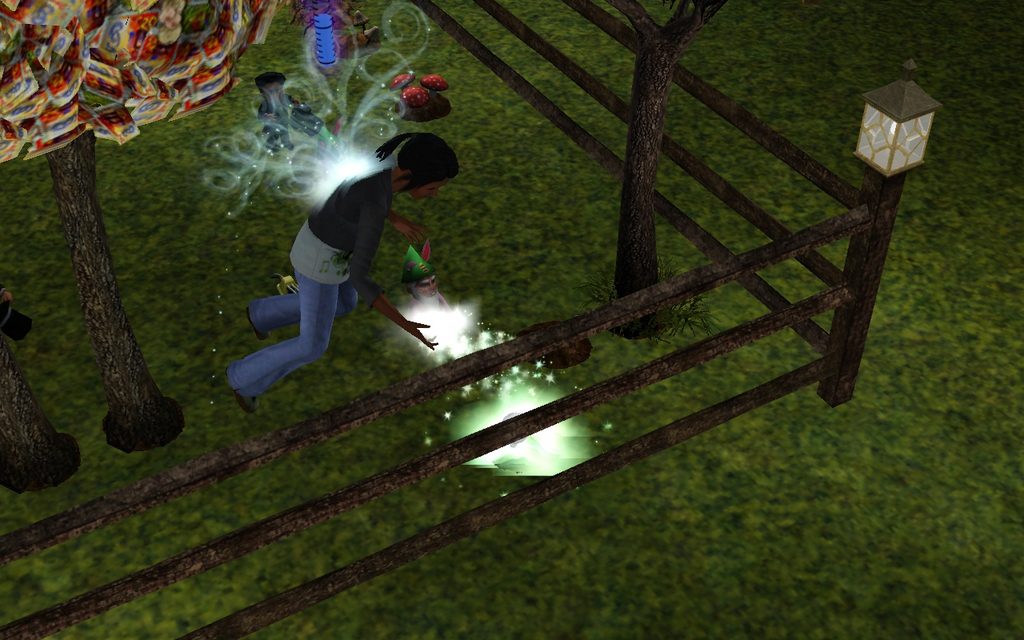 She also uses the „bloom“ action a lot on free will. She really embraces her fairy heritage. 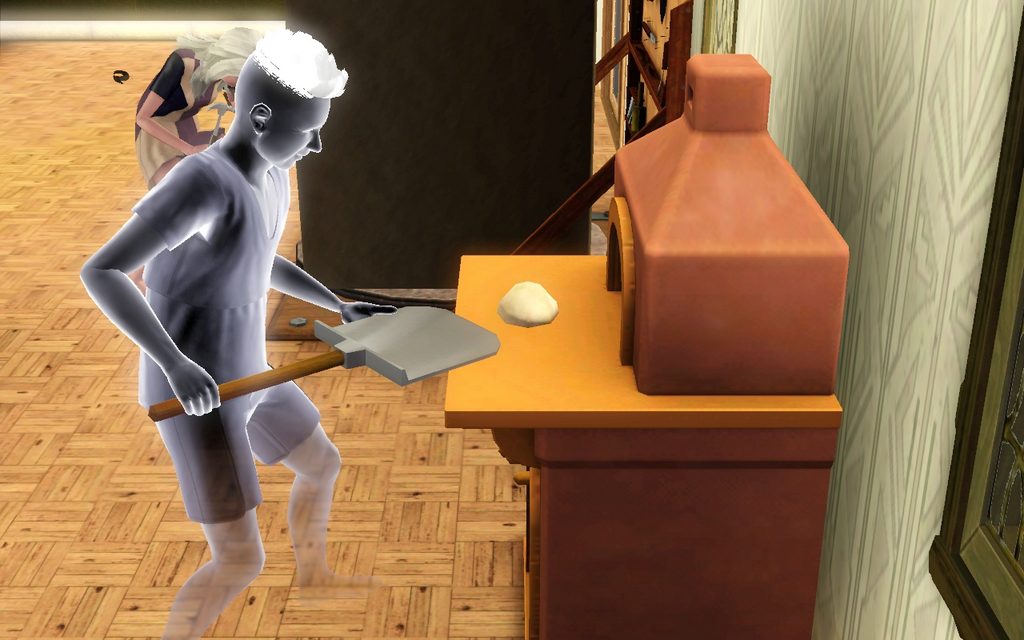 Paul is the first one to actually use the pizza oven. 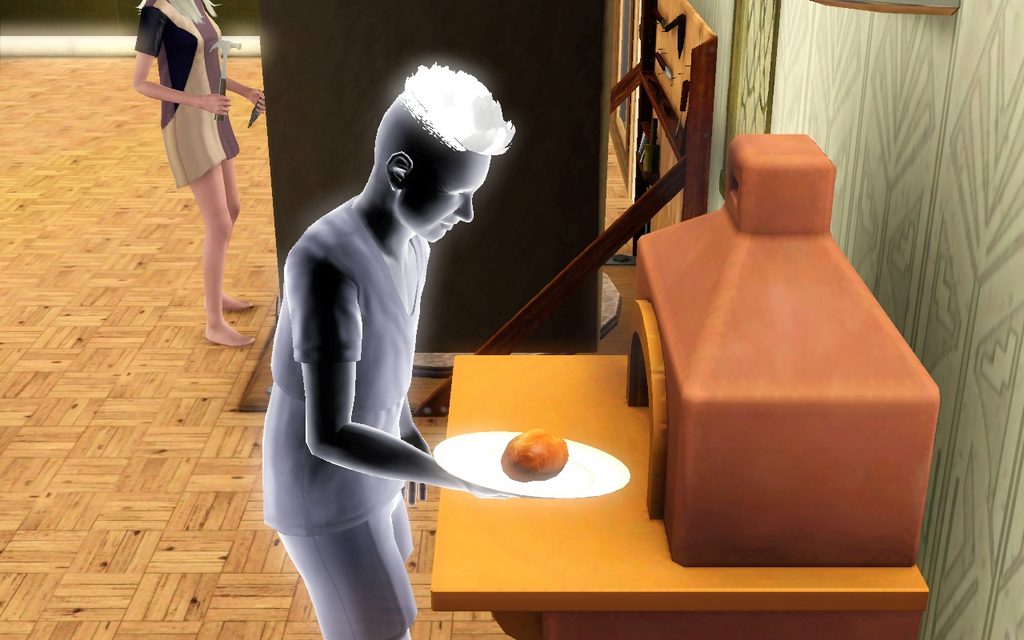 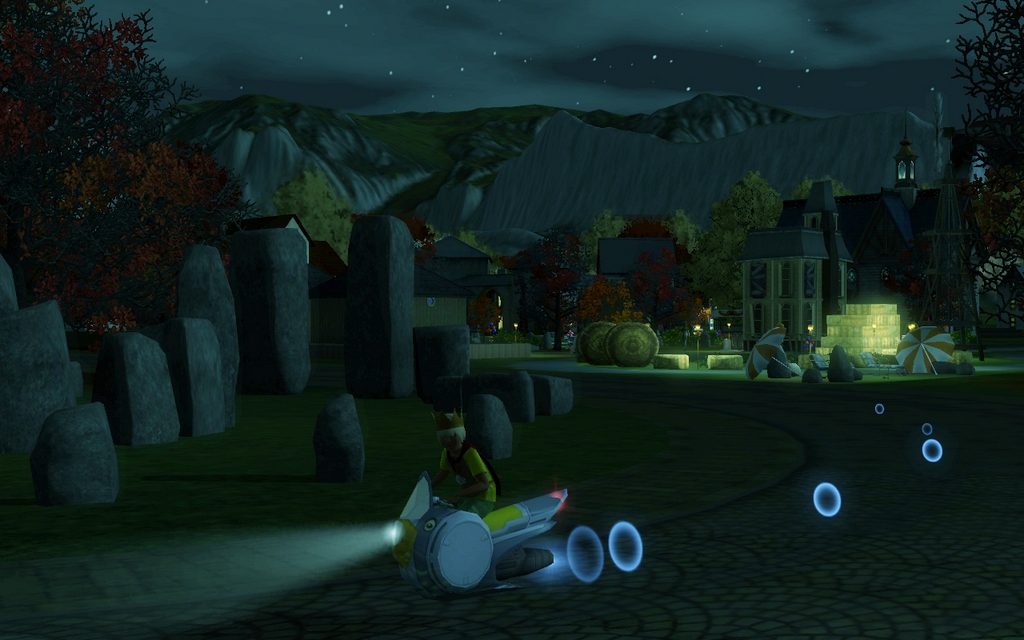 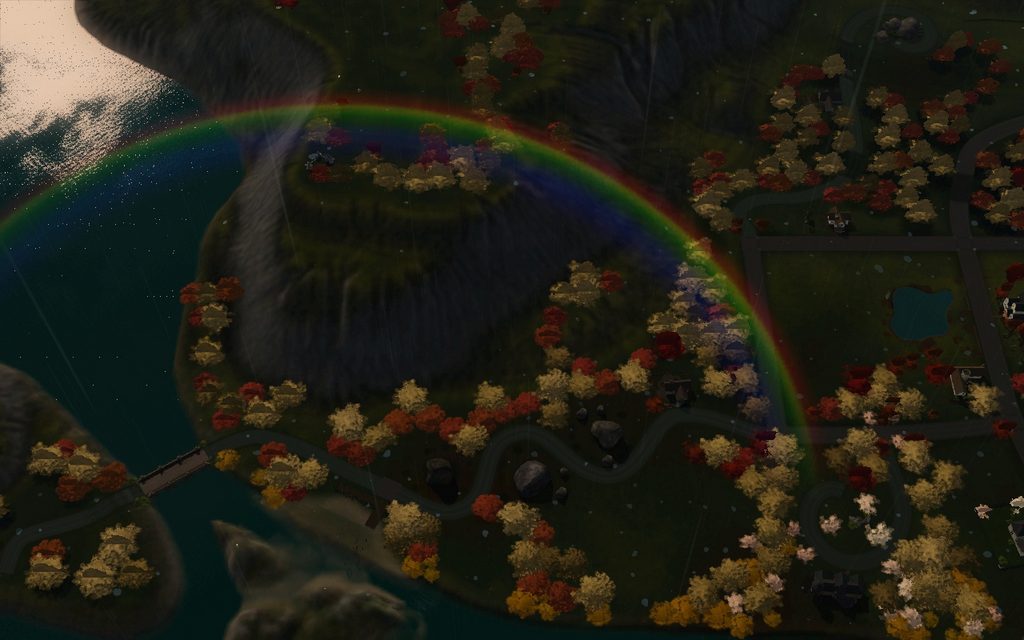 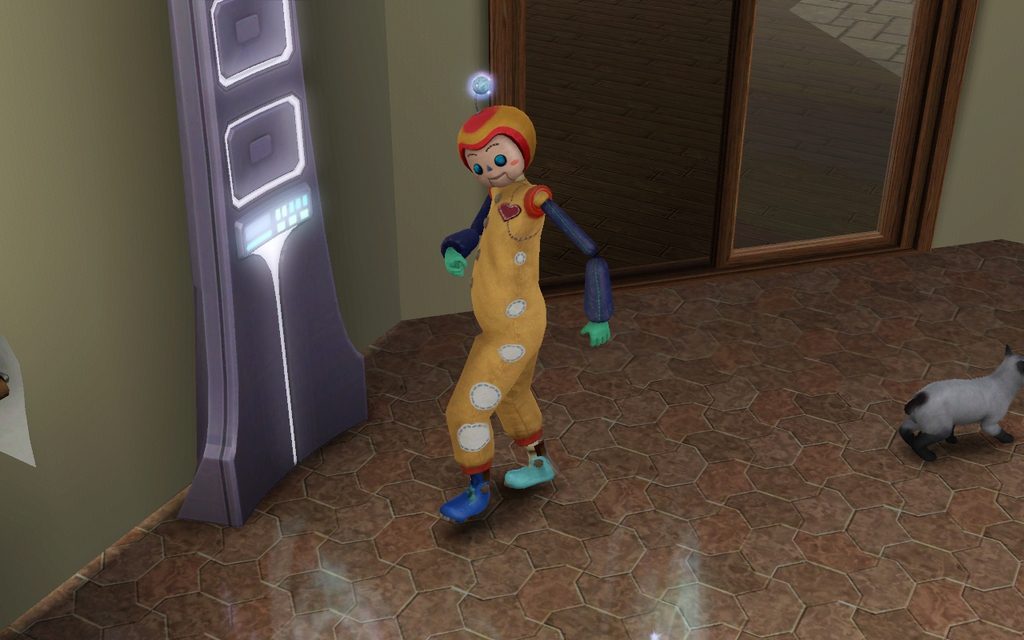 I made Kym change form. Do they ever do that autonomously? If so, I´ve never seen it. 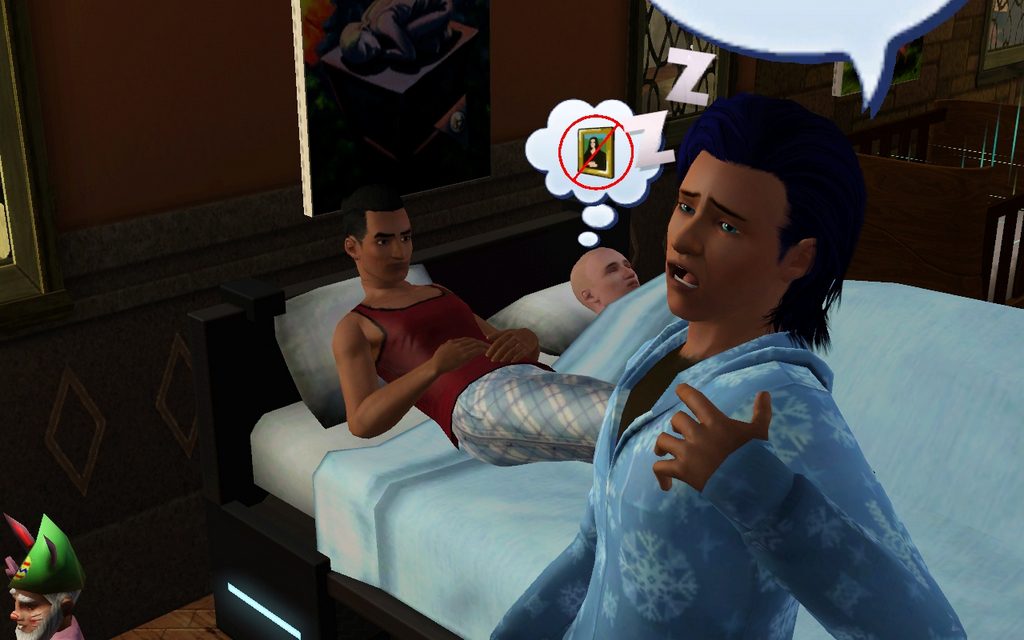 Nathan has a problem with choosing the right bed again.

Joe: We talked about this! Your BROTHER is sleeping in that bed! Just no! 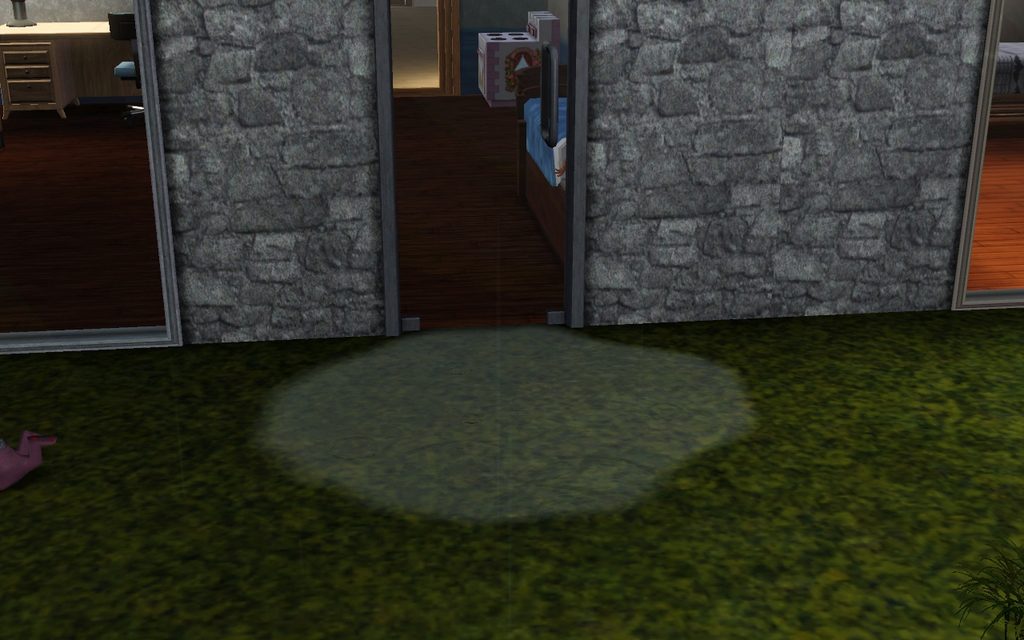 There´s a puddle in front of the door to the garden. Just like real life. 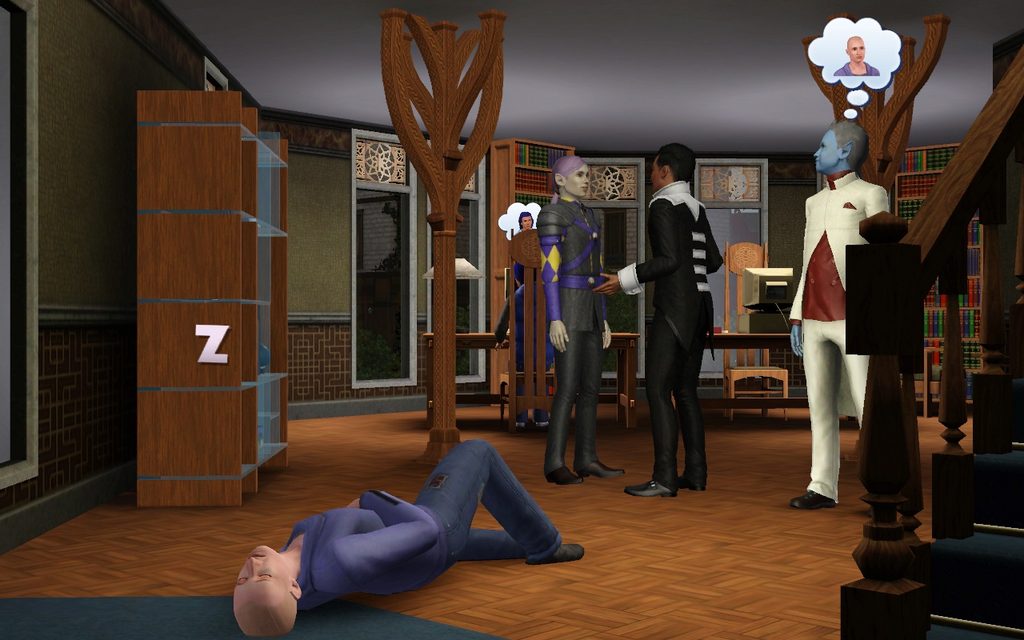 Steven gets bored to death (well, to sleep) by Fintan Mithrilen. 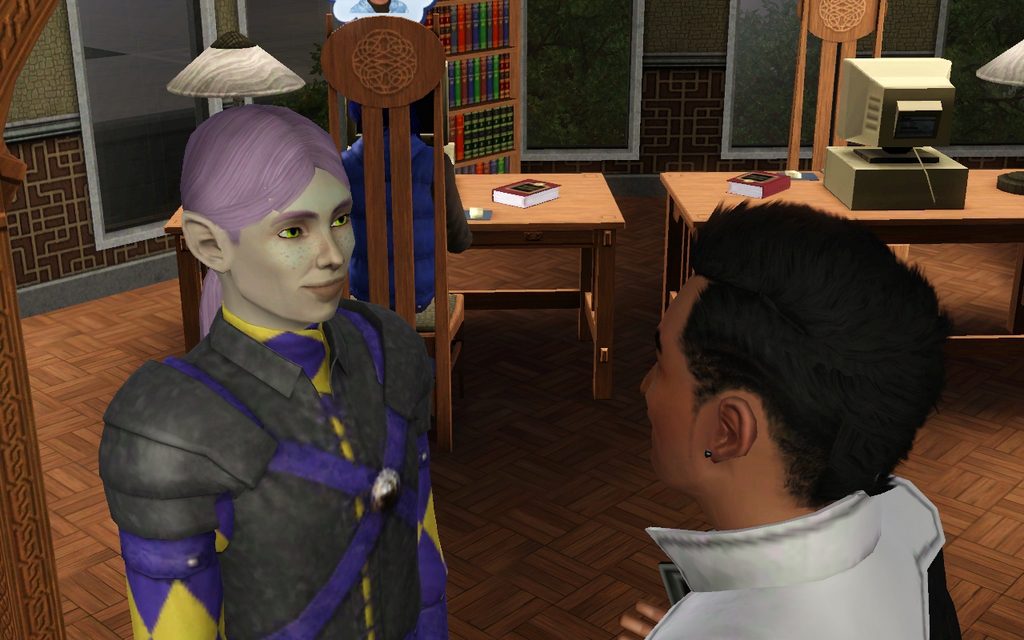 I don´t remember, who this is, but this town has really interesting faces! 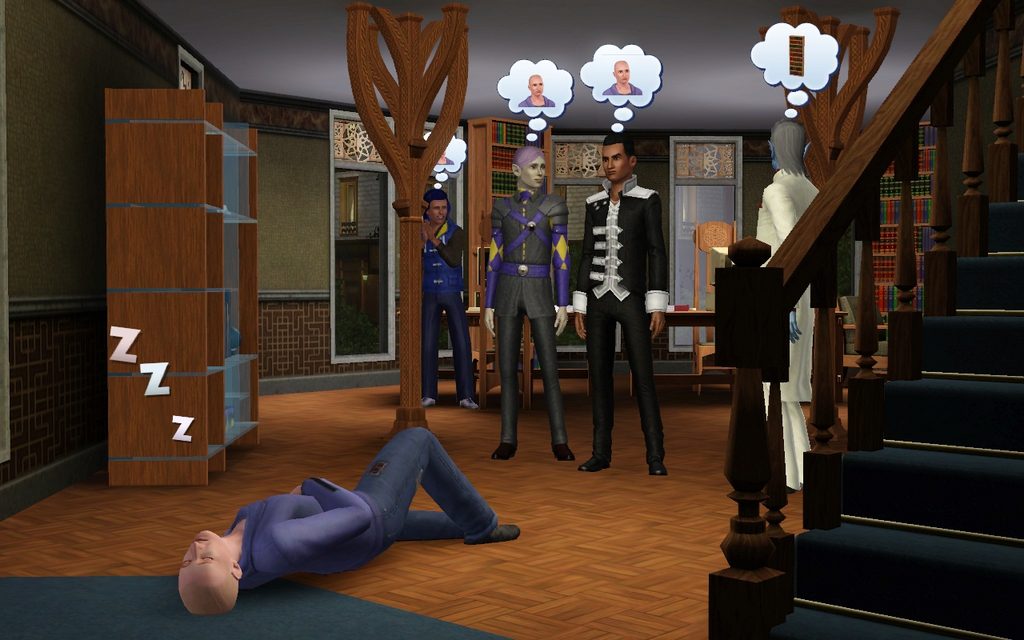 Everyone is judging Steven.

Pauline and Kym still have the most interesting conversations. Kym is particulary fond of „presiding over court“, while Pauline goes for the costume chest. 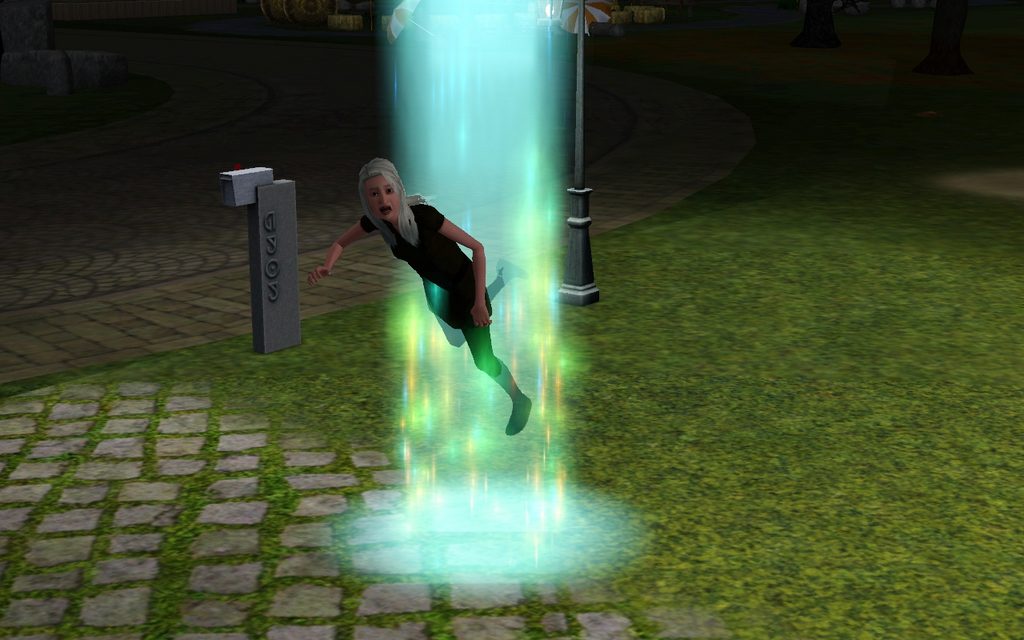 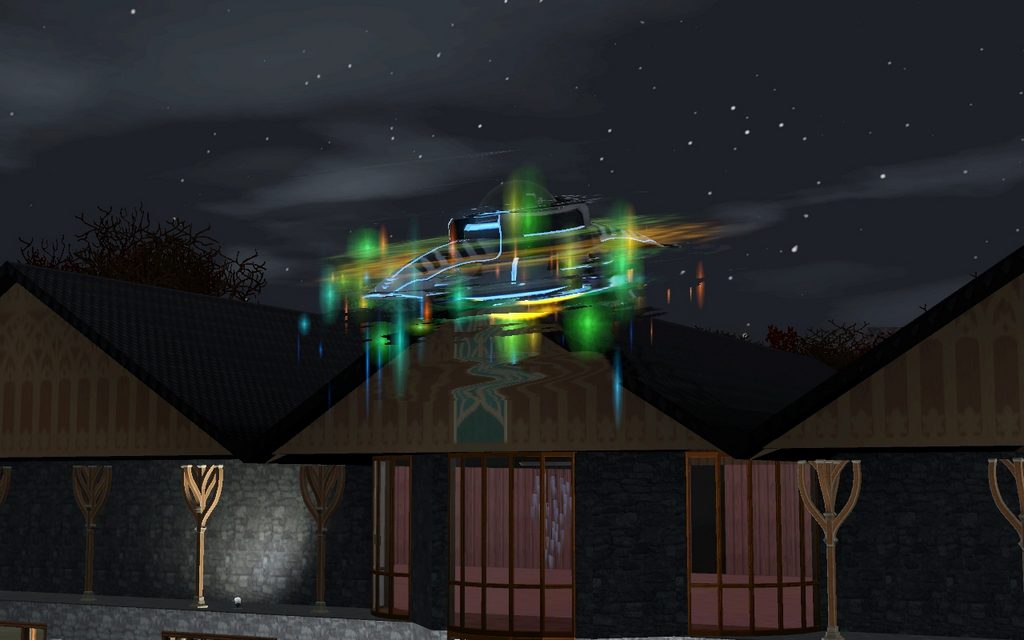 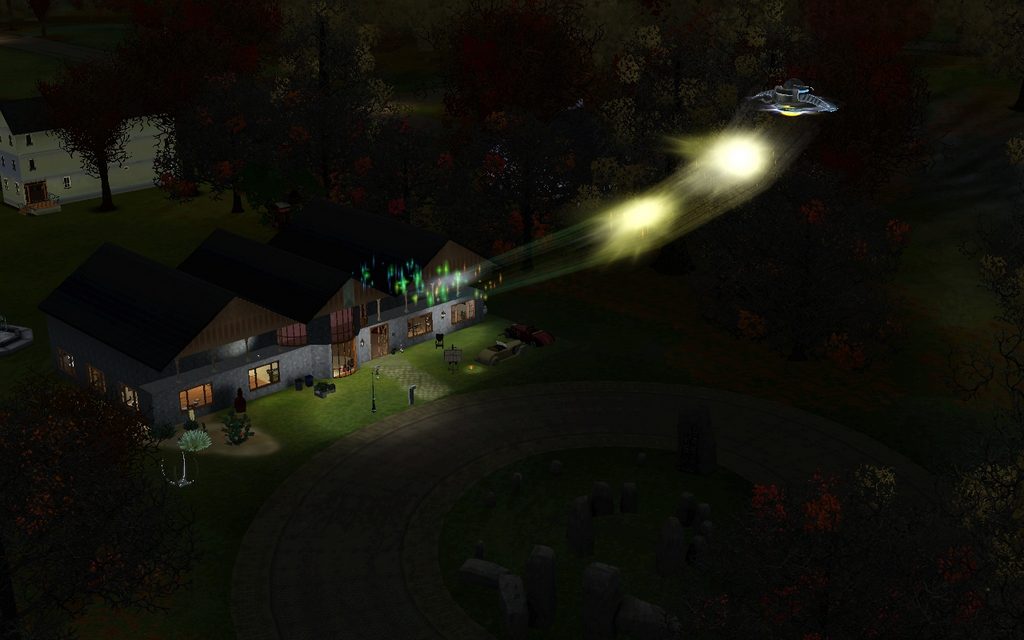 Got cool photos, though. 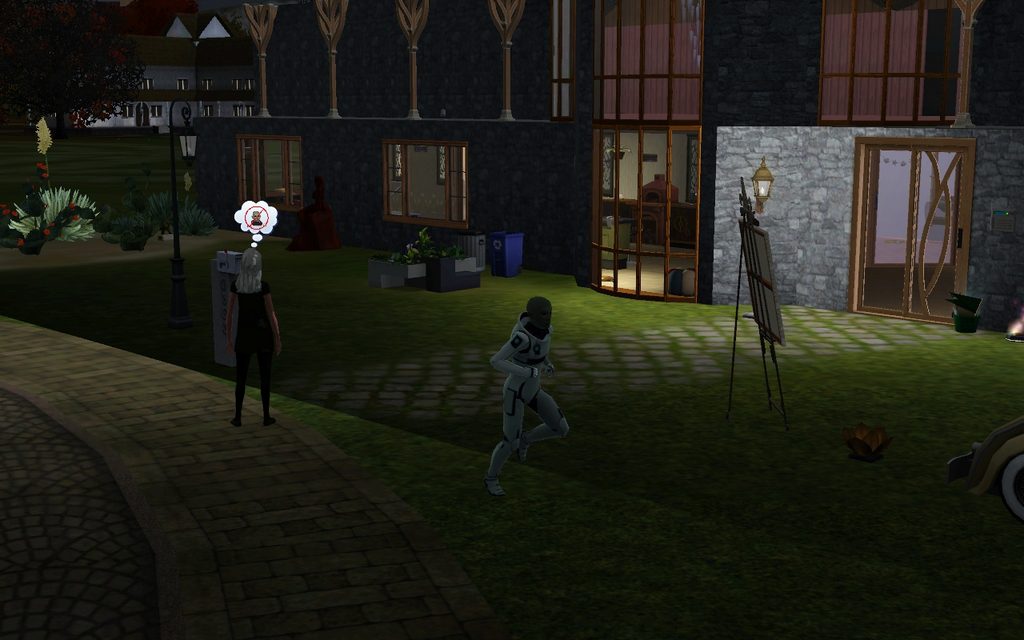 Yes, Vi, they are annoying! 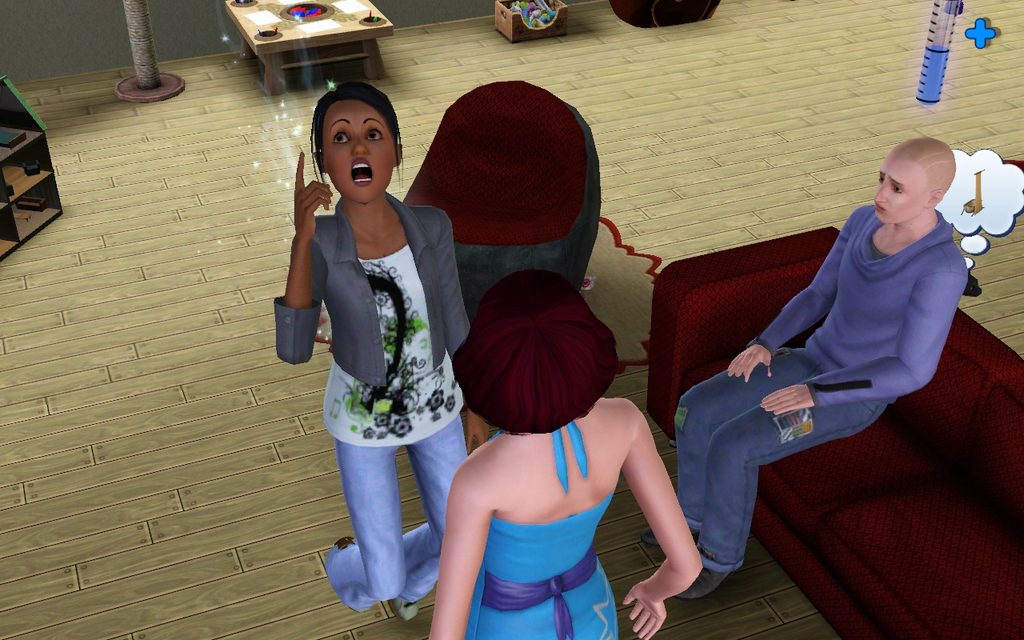 Kisa has the wish to fairy-prank someone, so… 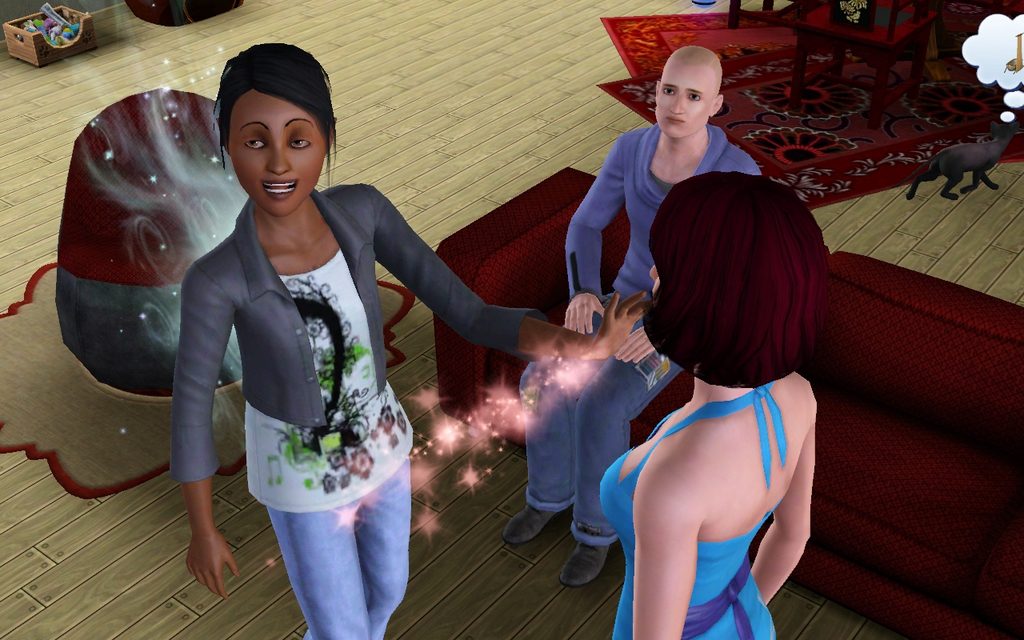 Kisa: This won´t hurt a bit… 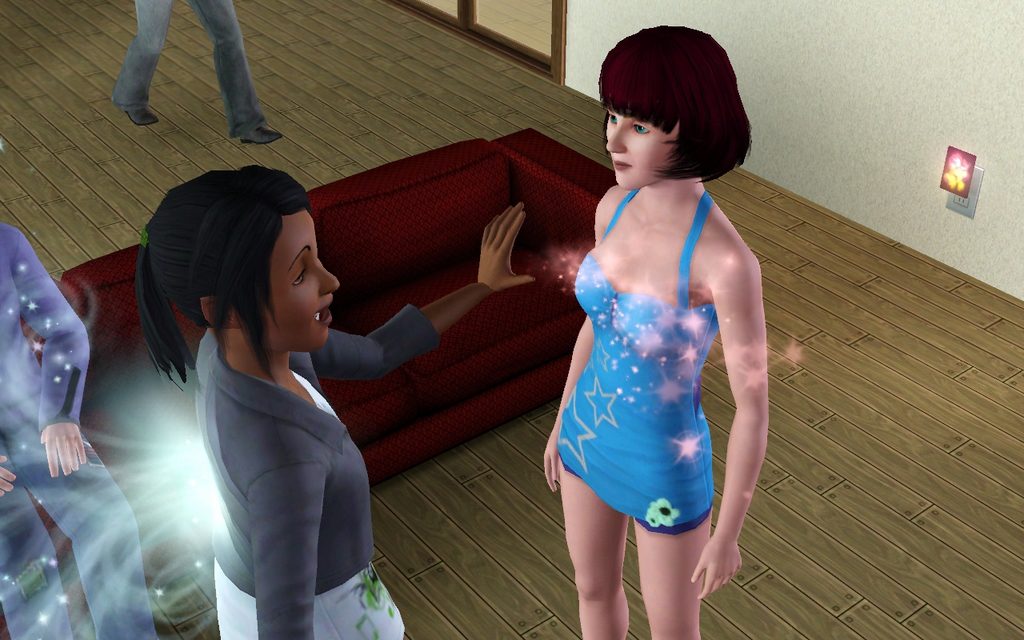 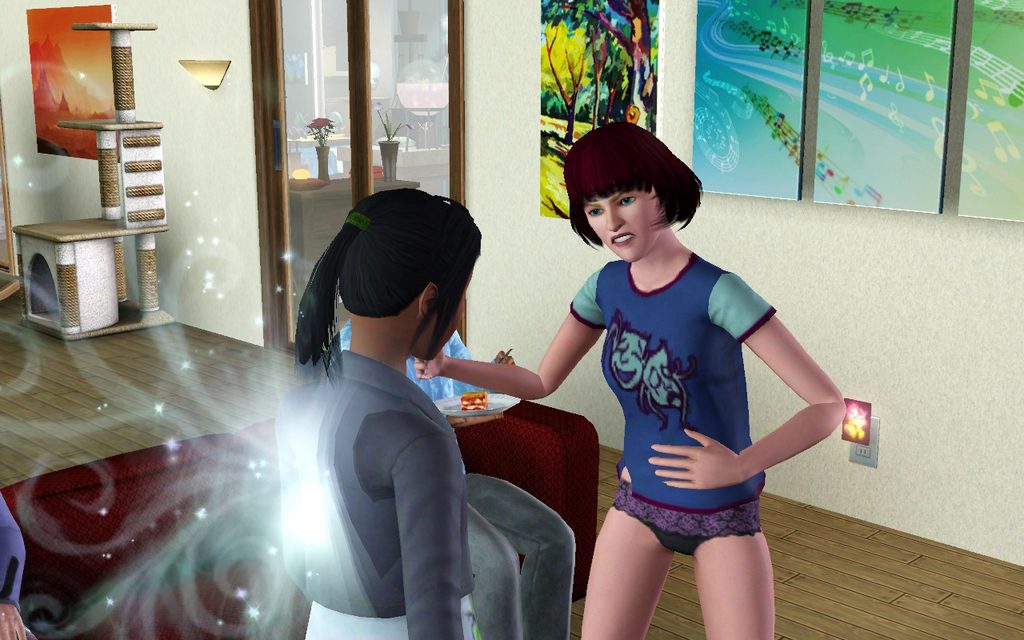 Star is not amused. 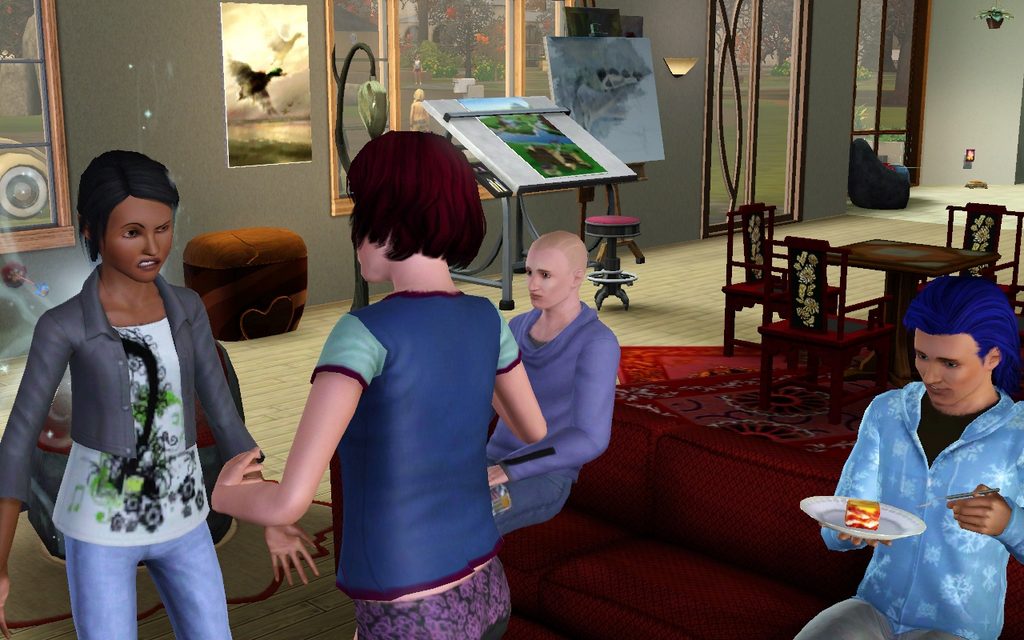 Joe: I think, you are even more clothed than before… 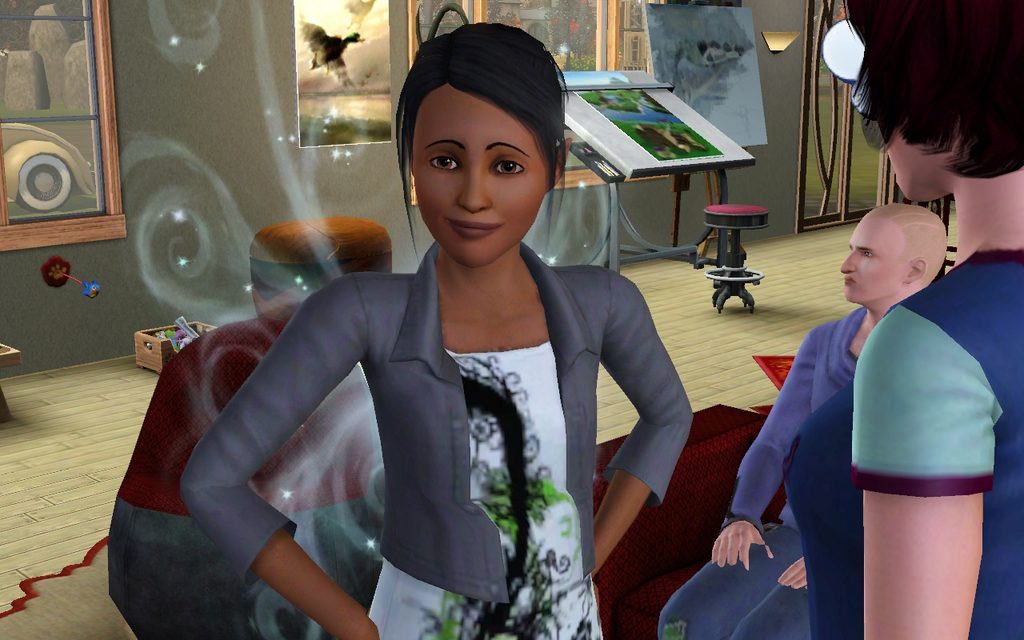 Kisa: My point exactly! I was just trying to help!

She seems to be very pleased with herself. 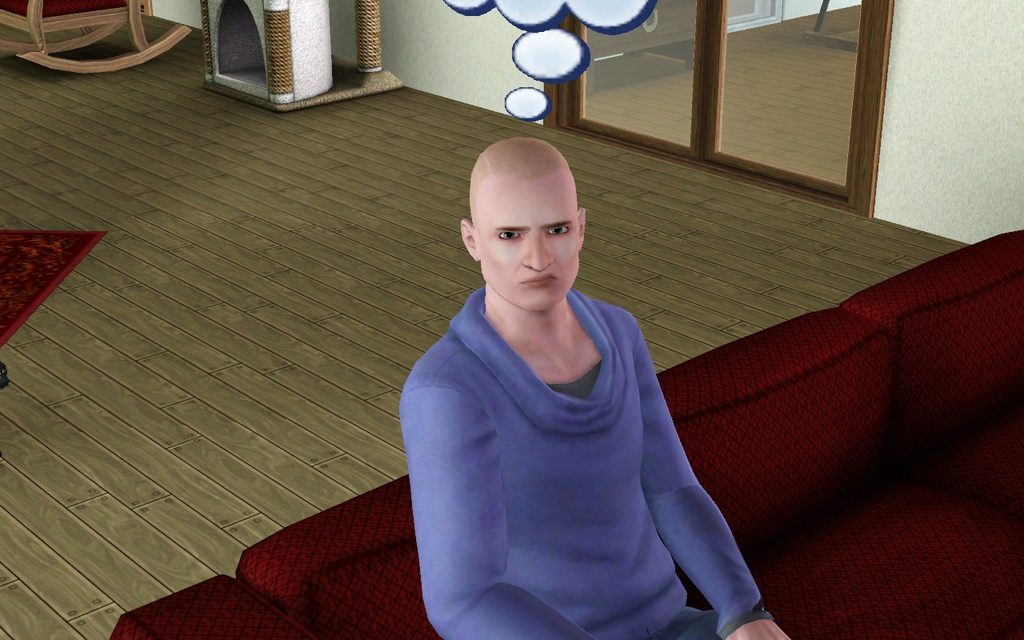 Steven however, is not.

Steven: Did you have to do that to my wife??

Steven does the best faces!