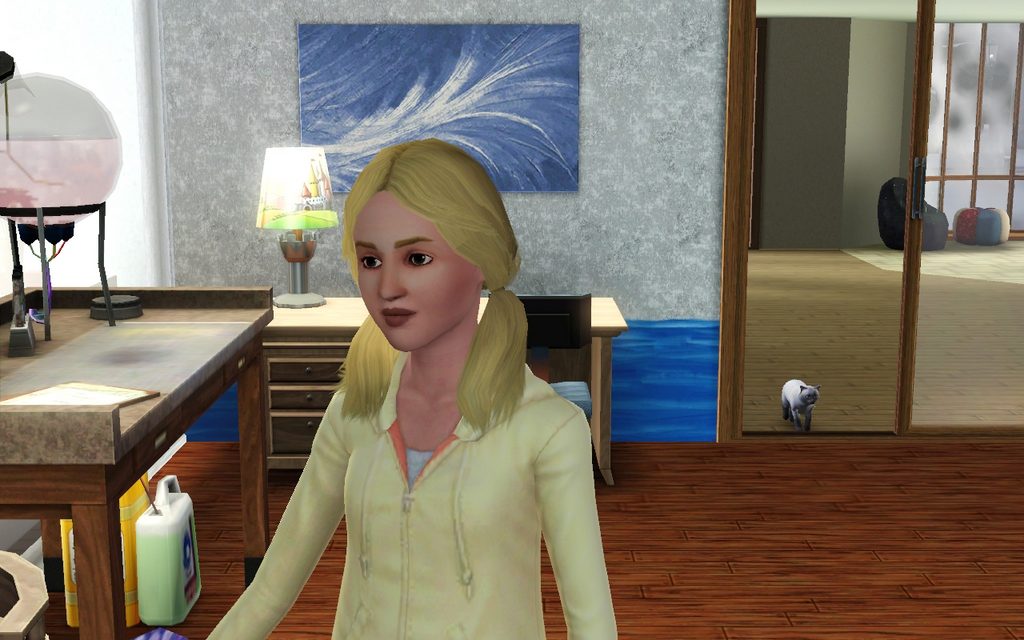 Here we have Pauline doing the laundry. Good girl. 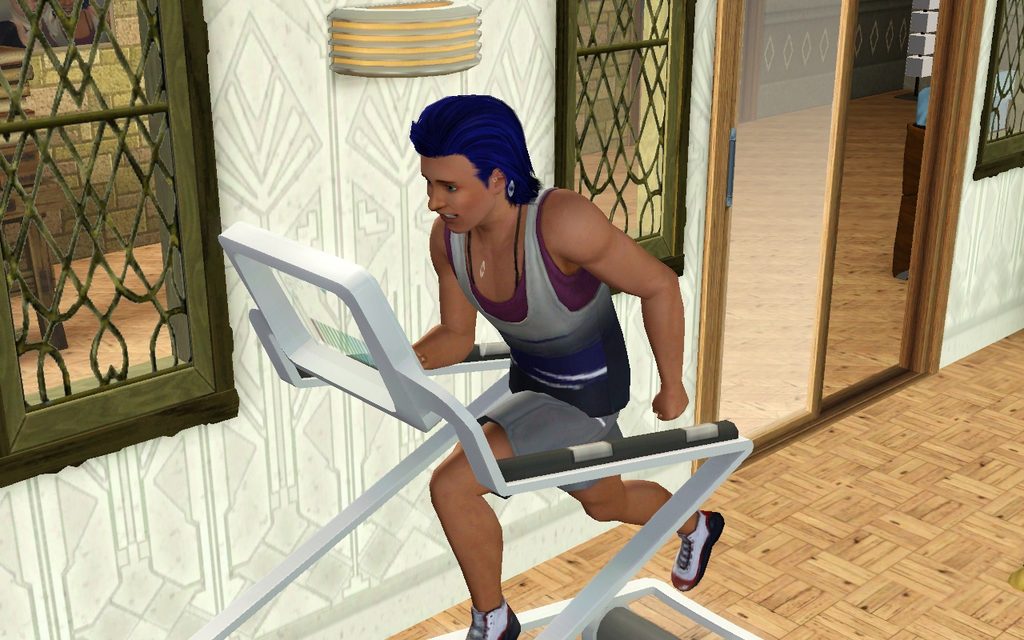 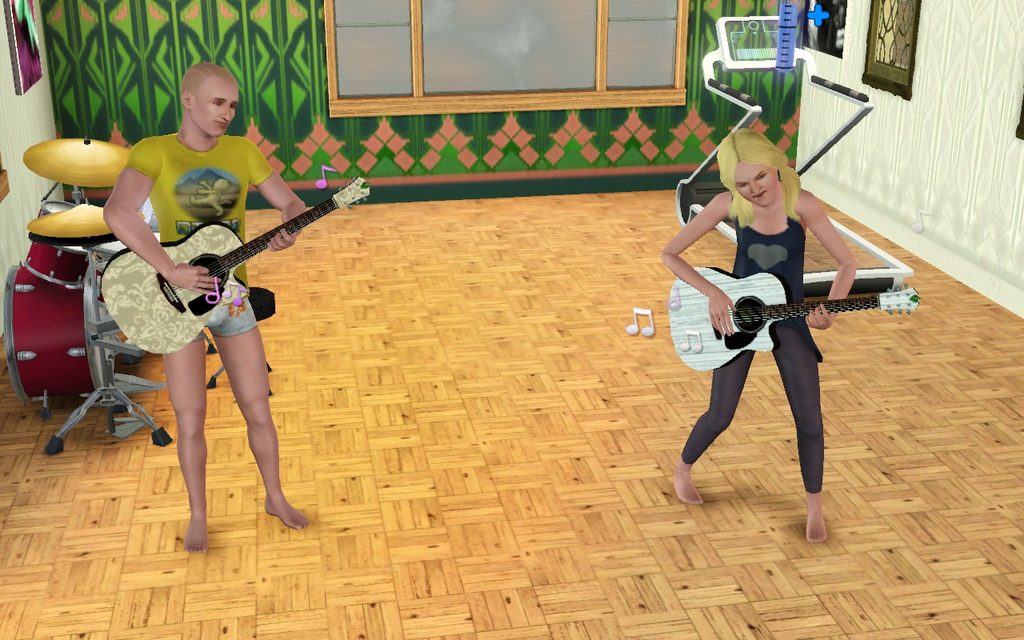 Now that Pauline is a teen, she can jam with her Dad. Steven is pleased. 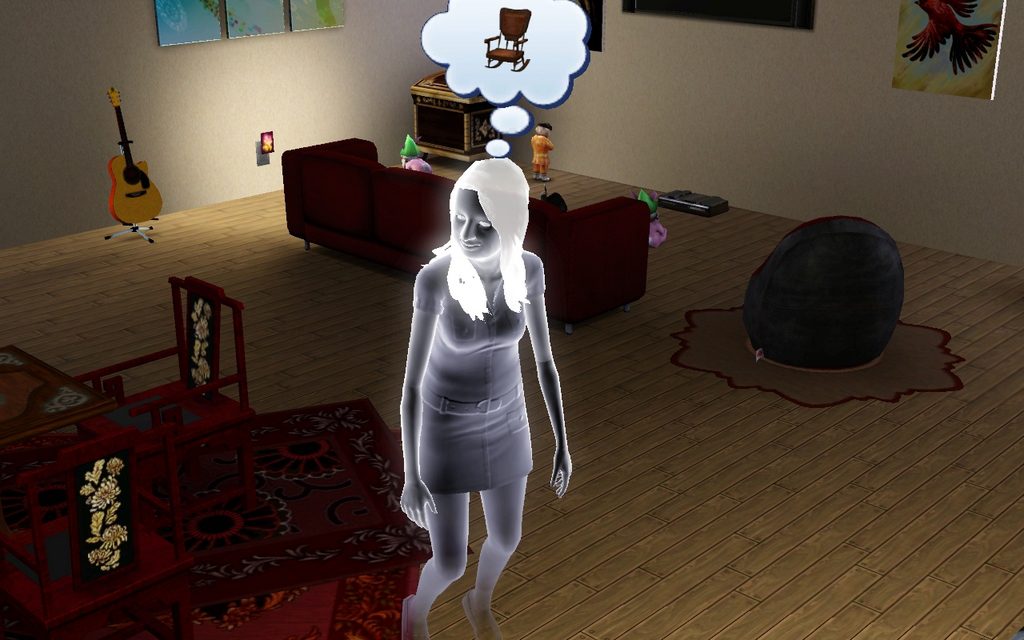 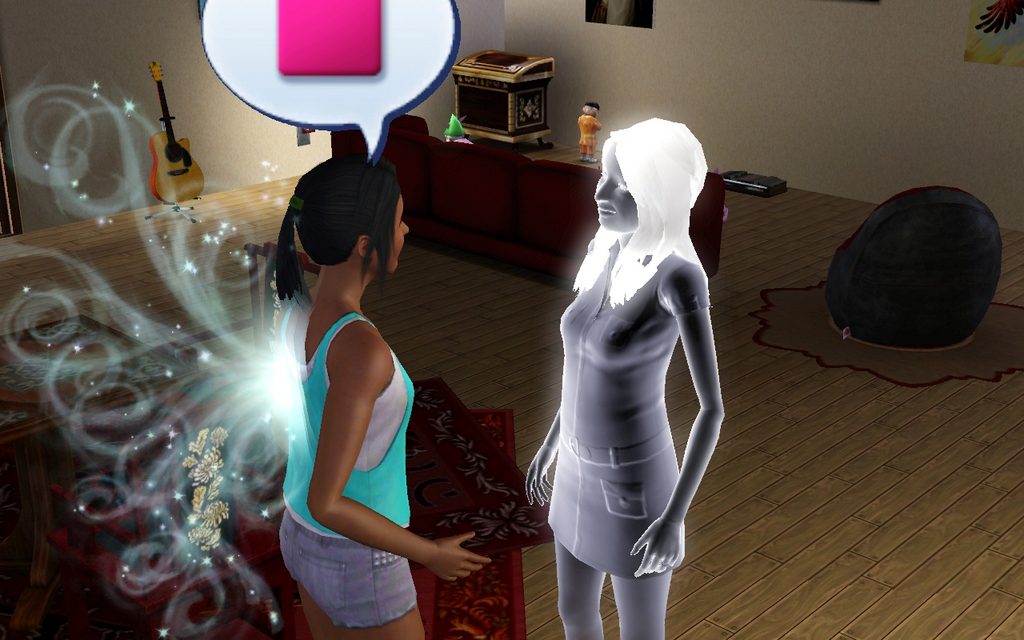 Kisa is awake and starts chatting. 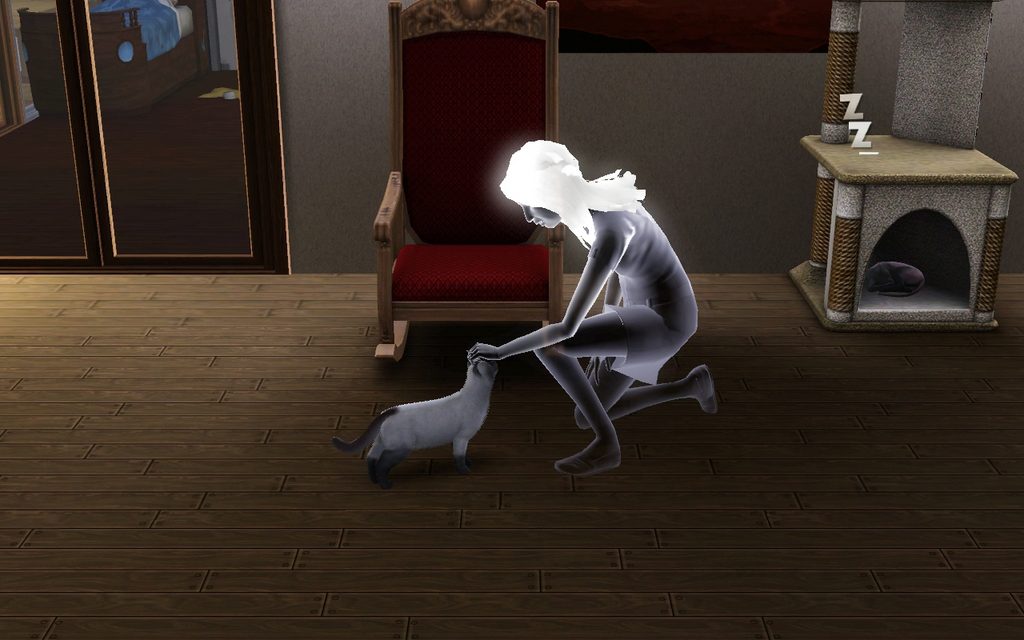 Sybil gets petted. Then Vi drifts back into her urn. *sniffle* 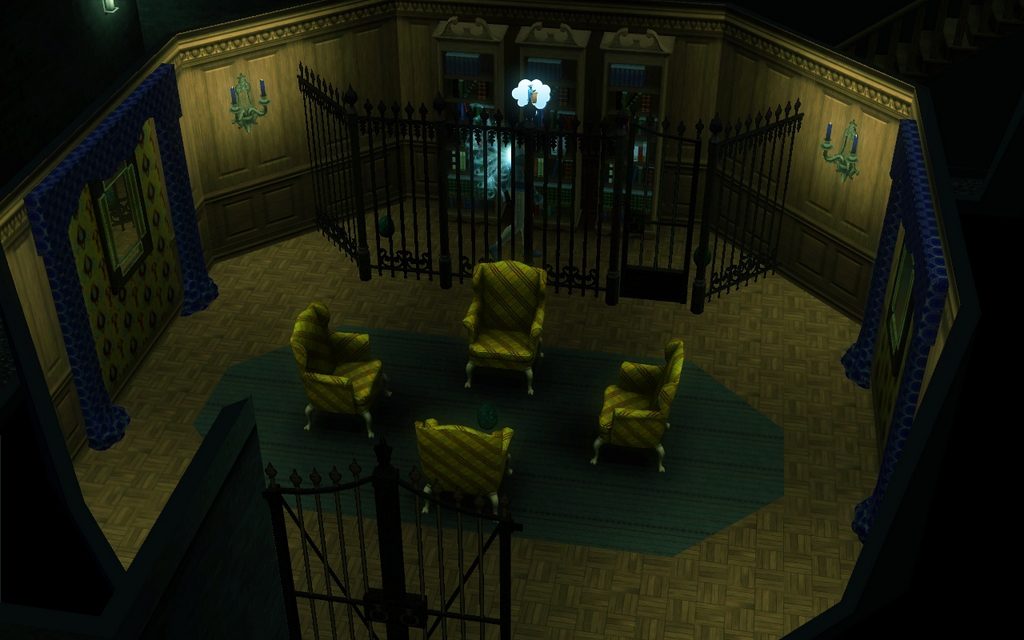 There´s a cellar under the library! I sent Kisa to read a bit, and because it´s fullmoon, she wanders off instead and discovers two dragon eggs. 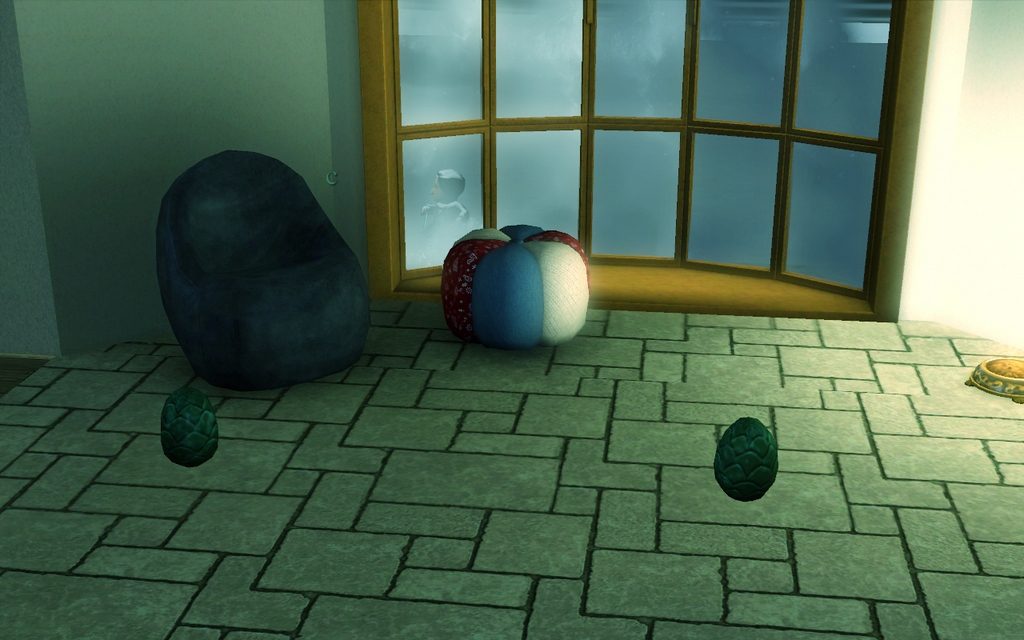 I let her talk red dragon talk to them.

Well, I don´t know, what Kisa said to them in the library. 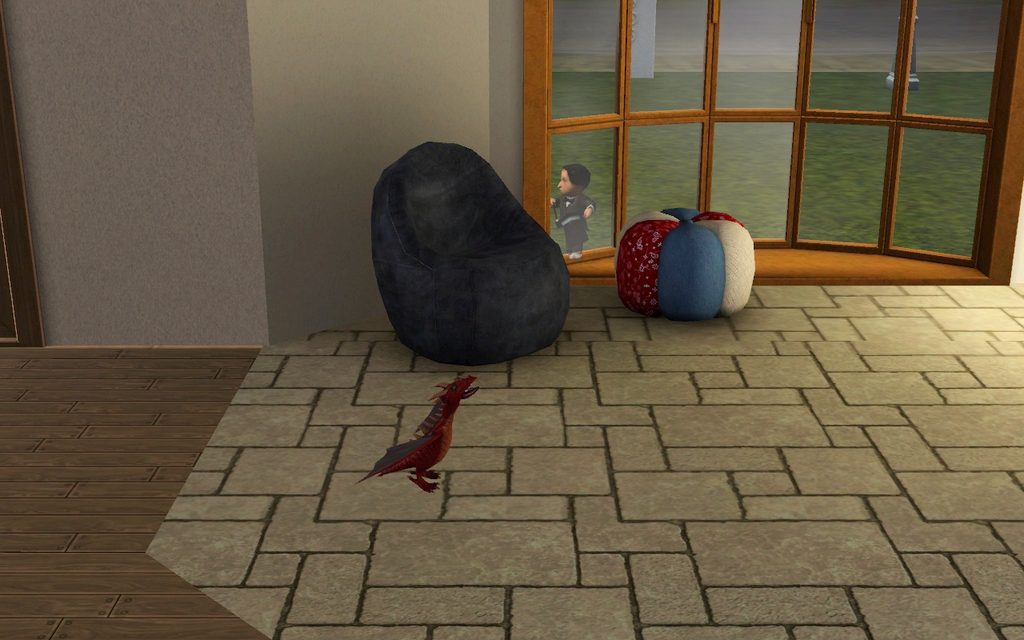 I then bought an egg and it worked! A red dragon! His name is Kero-chan. 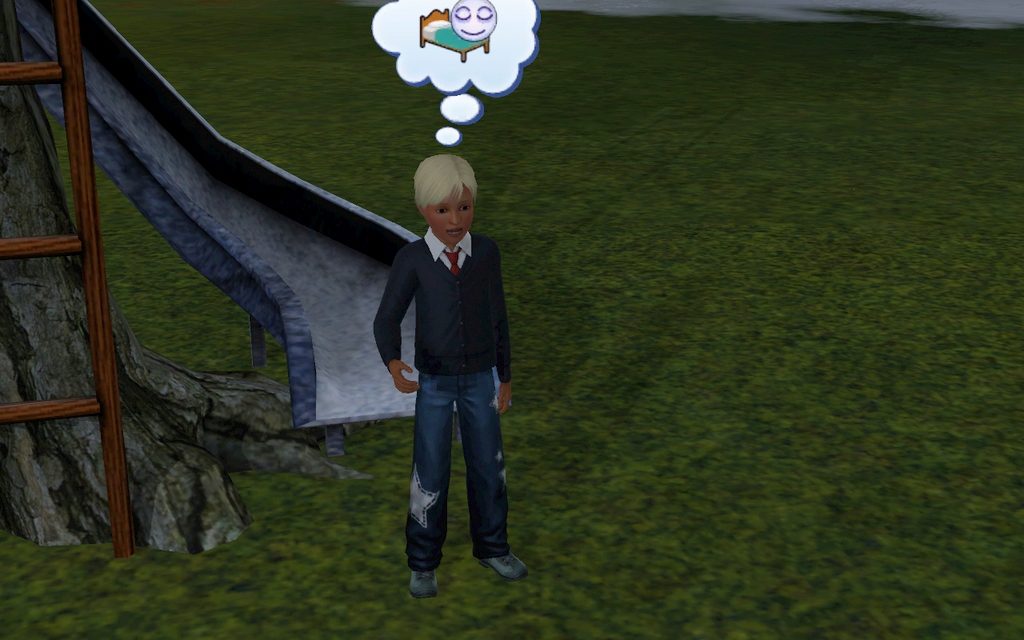 Kym has his birthday! 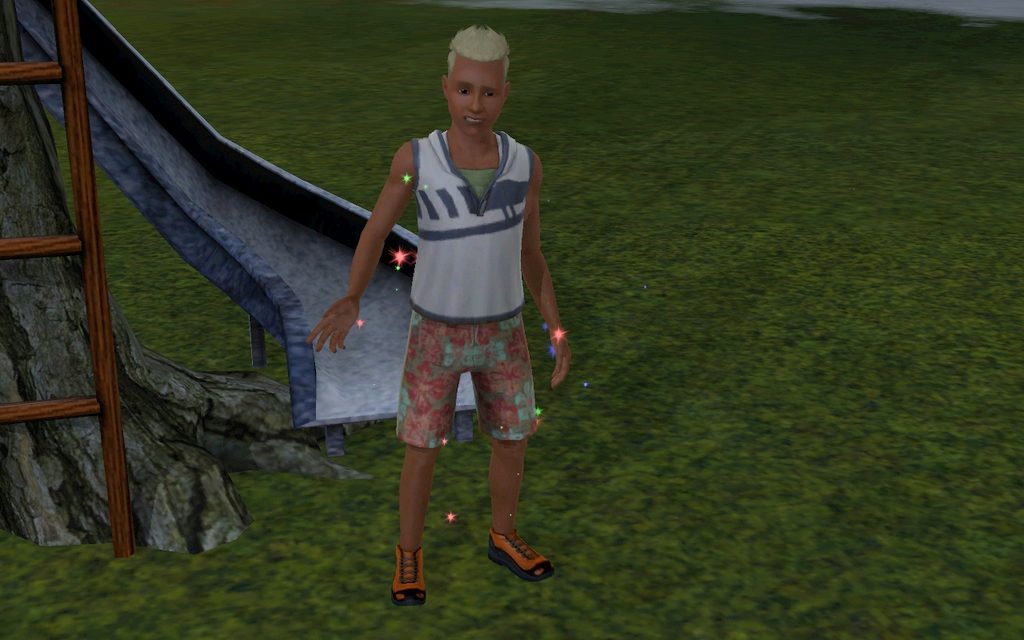 Right you are. I´ll fix your clothes. And I think, that´s your dad´s hair, even though it suits you. 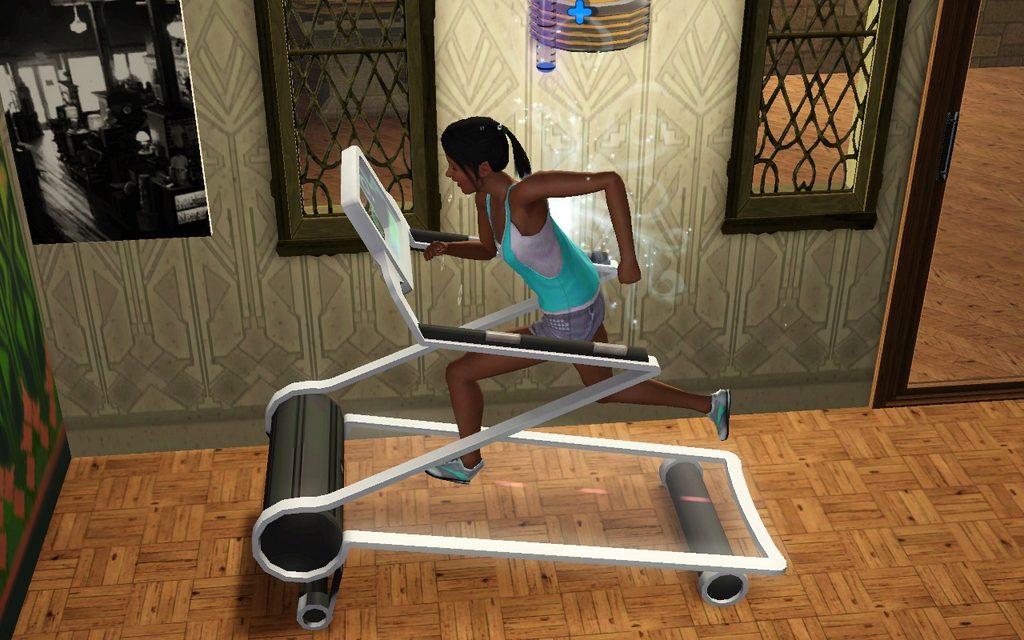 Kisa´s lifetime wish is physical perfection, so she has to master the martial arts and athletic skill. 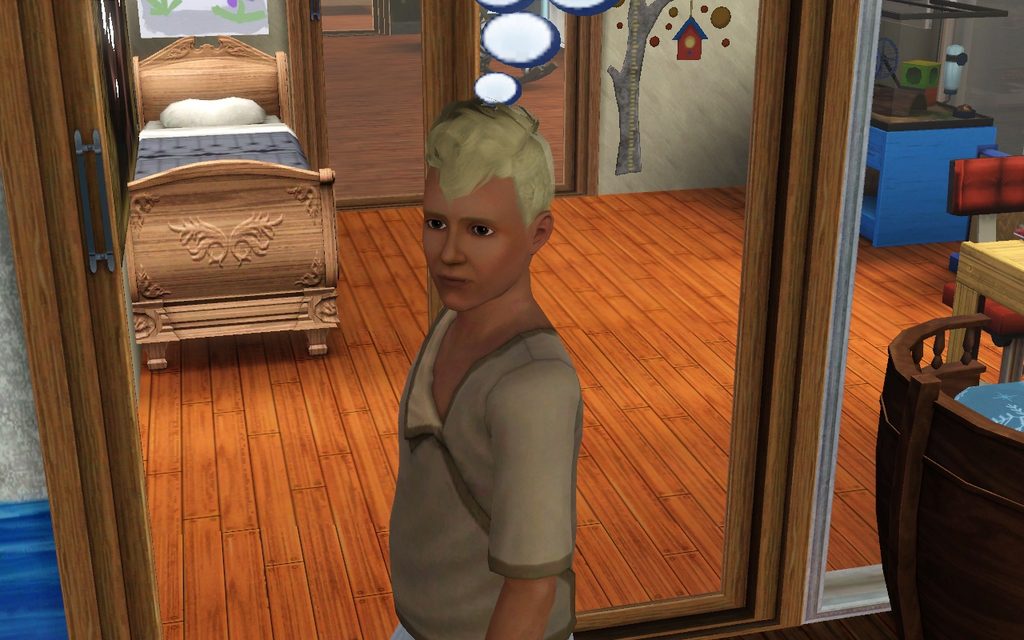 He rolled can´t stand art, by the way.

This game is very popular at the moment.

Steven reached the top of the education career. But one of the smiley faces (the one for lectures) is always the angry red one, even though I sent him to school for lectures even on his free days. And he always comes home stressed. So I let him quit. He seems happy about that! 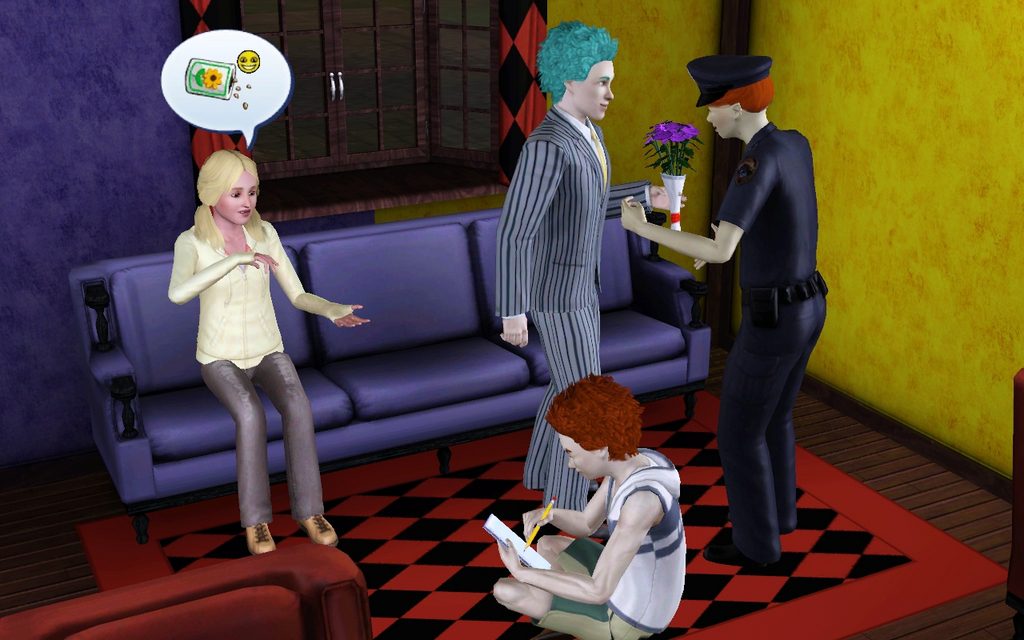 Pauline visits her friend, the one with the nice genes.

This is Jovan O´Reilly. He´s good, never nude, charismatic, a schmoozer and a heavy sleeper, and one of this traits he will get later, when he becomes a young adult, but I don´t know, which. So there.

His family is weird.

They move around a lot, so Pauline gets her first kiss in the garden, with an audience. But she seems happy. 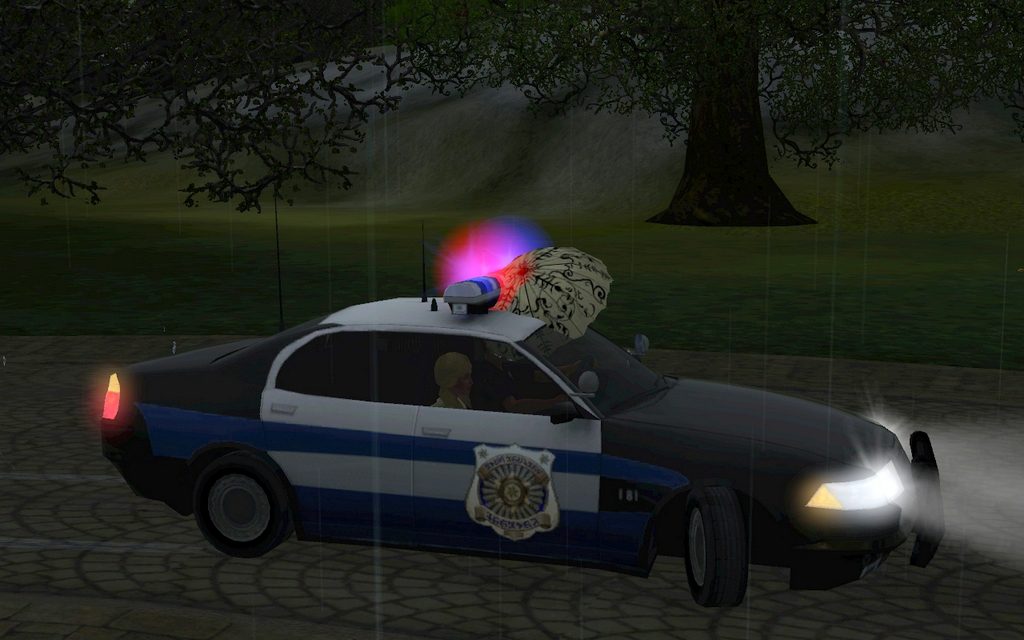 I wanted her to grab him, before story progression got him a girlfriend, so it got quite late. Pauline was escorted home by a police officer and an umbrella. 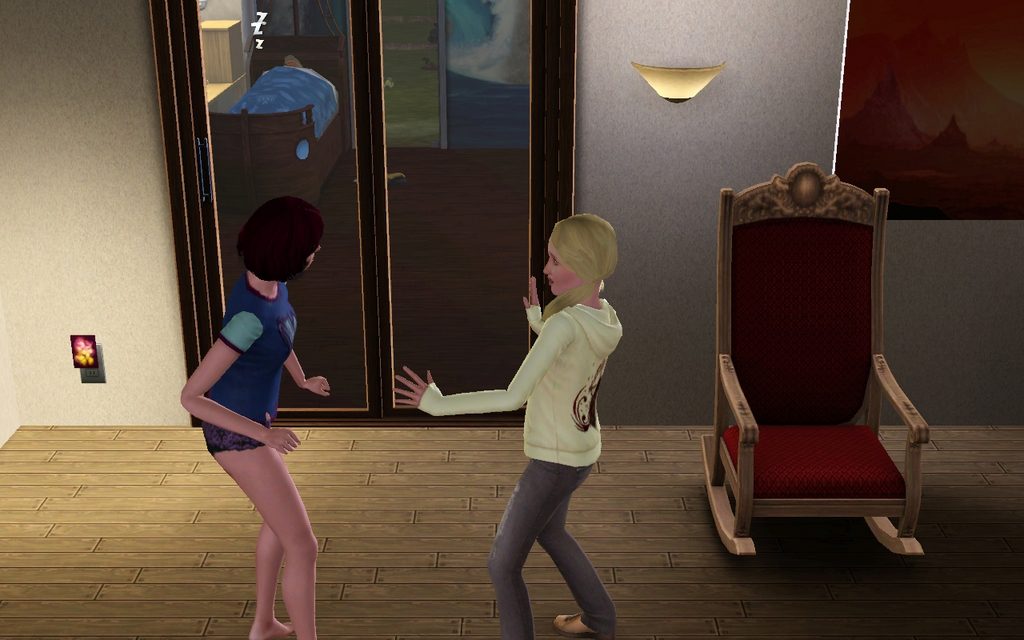 Pauline gets chewed out by her mom. Hey, it was my fault! 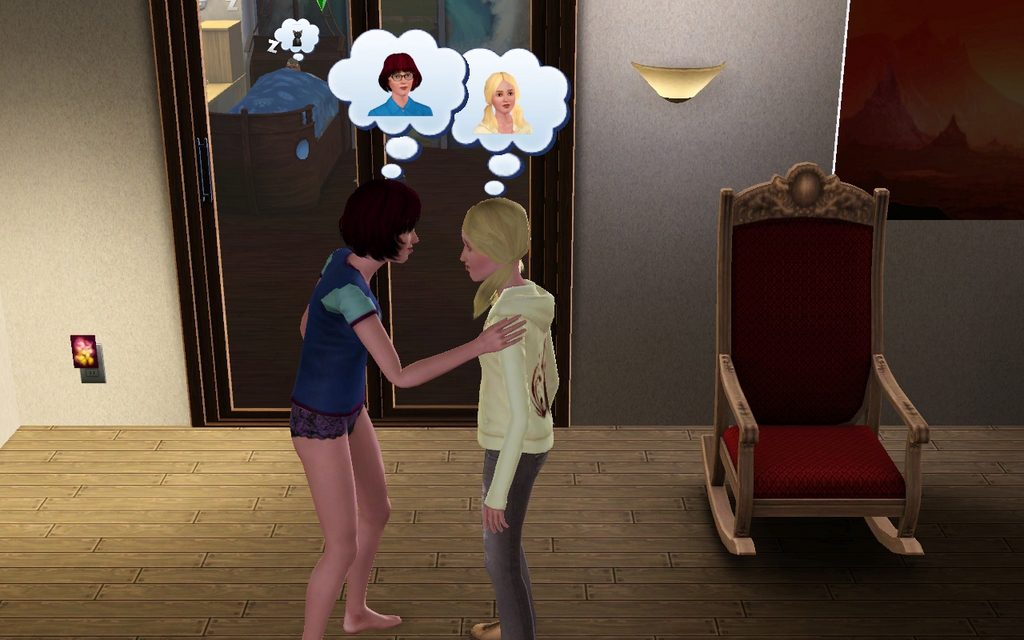 Star: Well, then I forgive her! 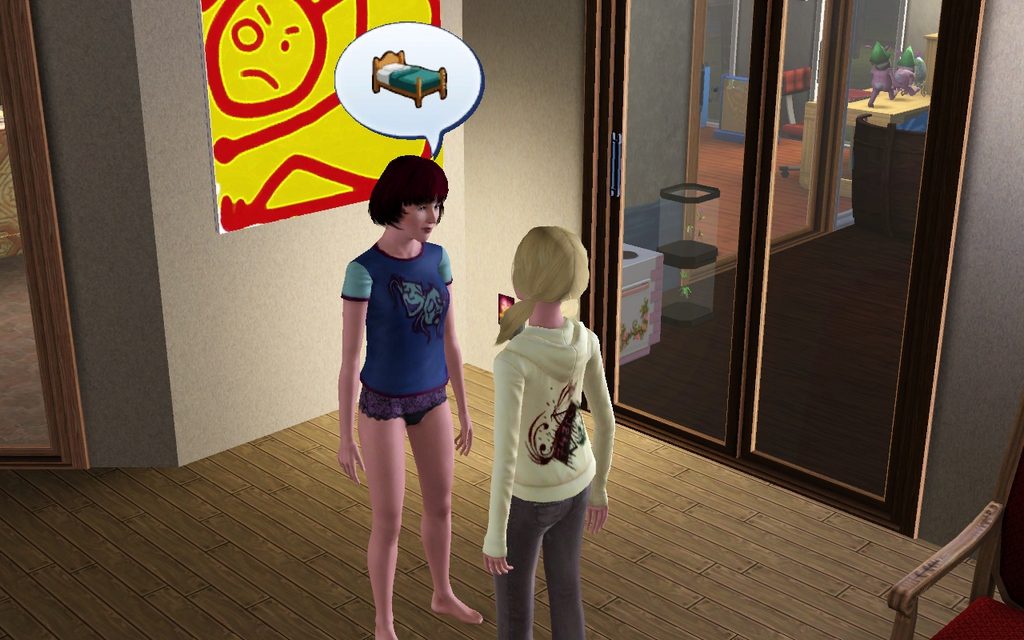 She then sends her to bed.