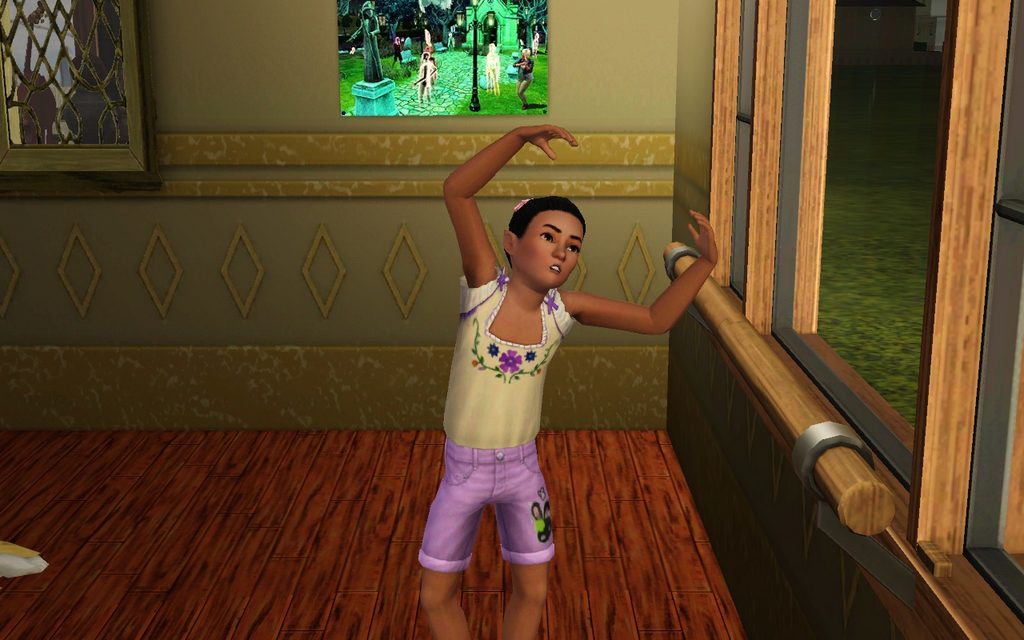 The ballet-thingies were on sale at the store.

Apropos, if anyone is interested, I uploaded Kisa, Pauline, Kym and Jovan O´Reilly to the exchange. No Teagan or Liang, ´cause they are EA-sims. 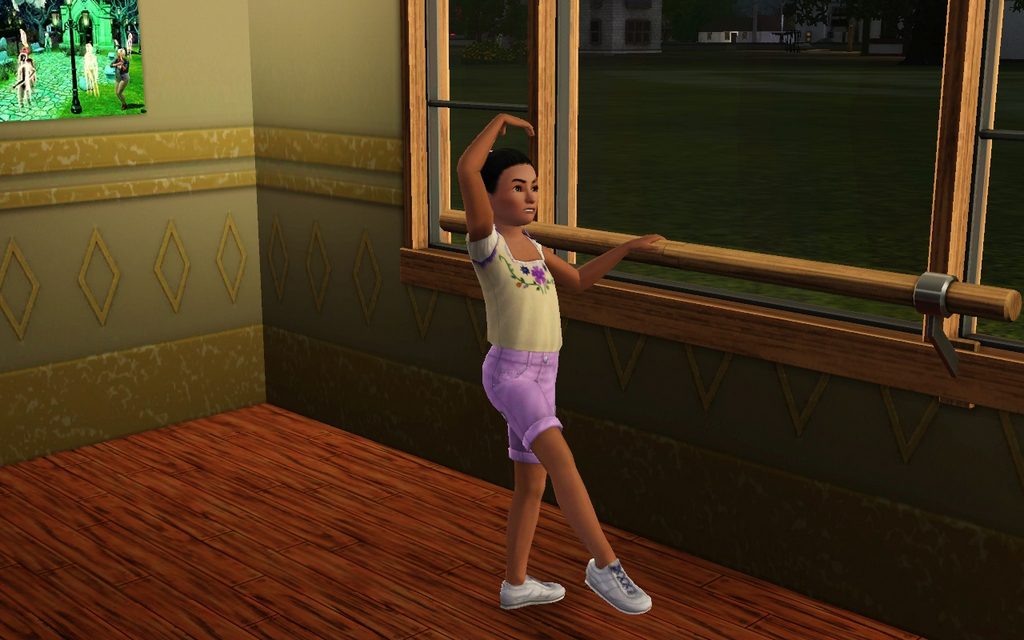 No one tried autonomously, so I forced Fiona to do some ballet.

You do not! You are totally cute! Don´t you want to be a prima ballerina? 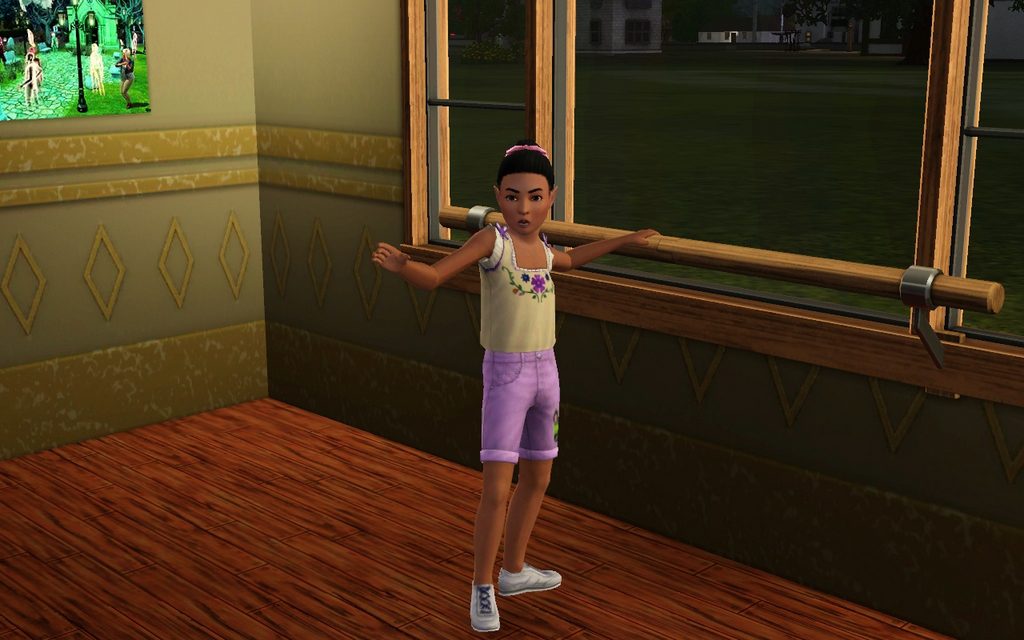 Fiona: You are totally sexist and I´m stopping now.

She did. I enrolled her for the school ballet. 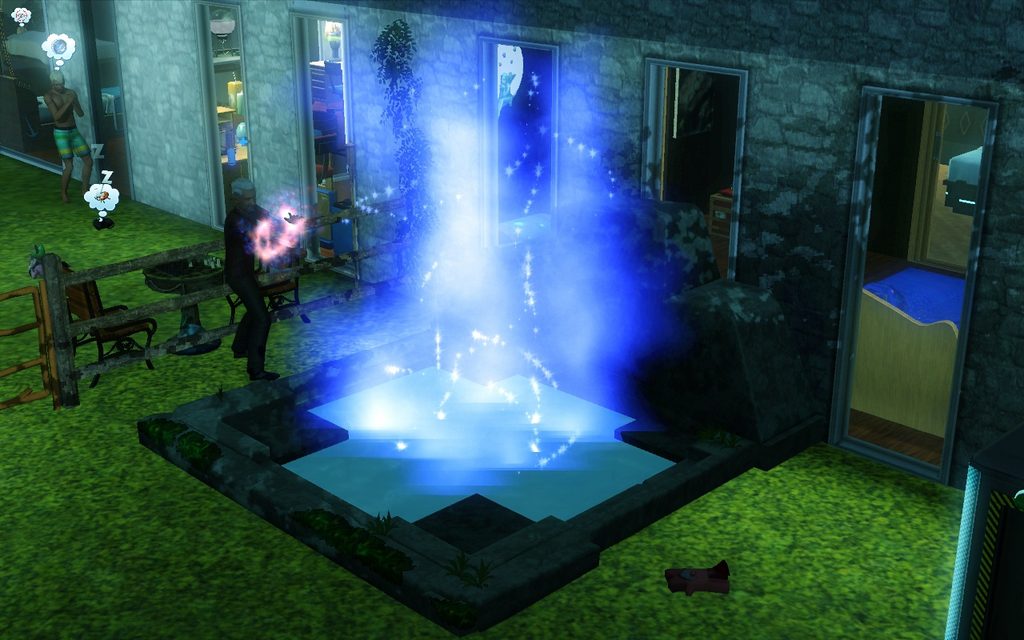 Nathan repairs the hot tub with magic, because cool effects. 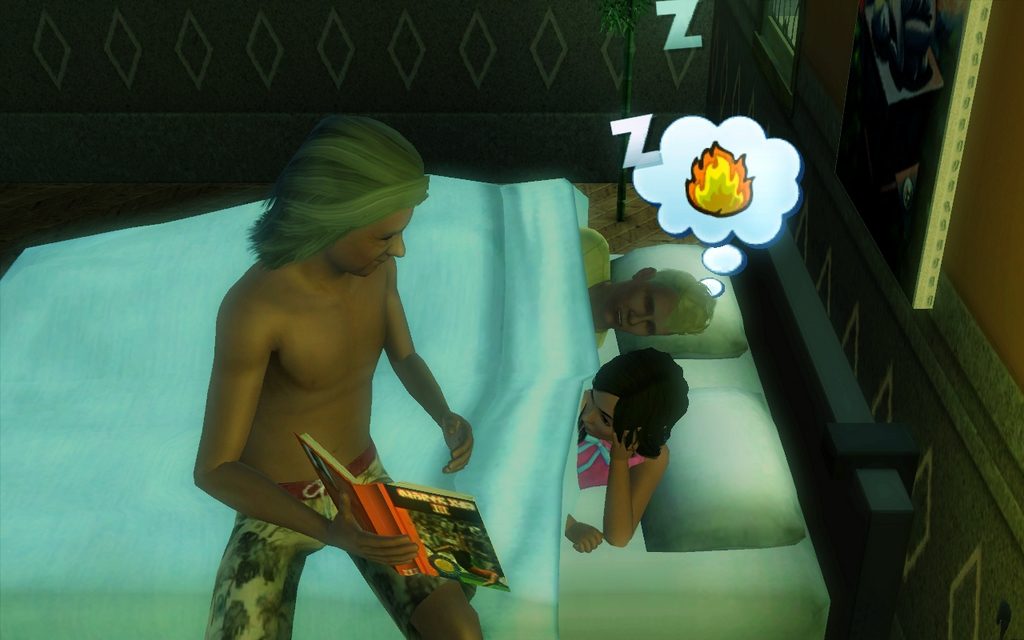 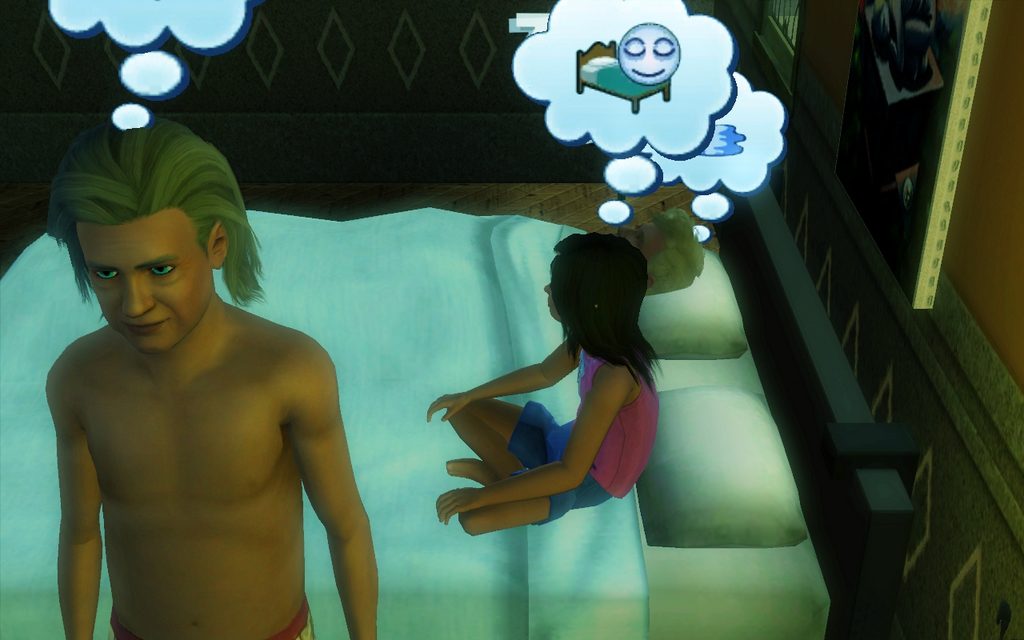 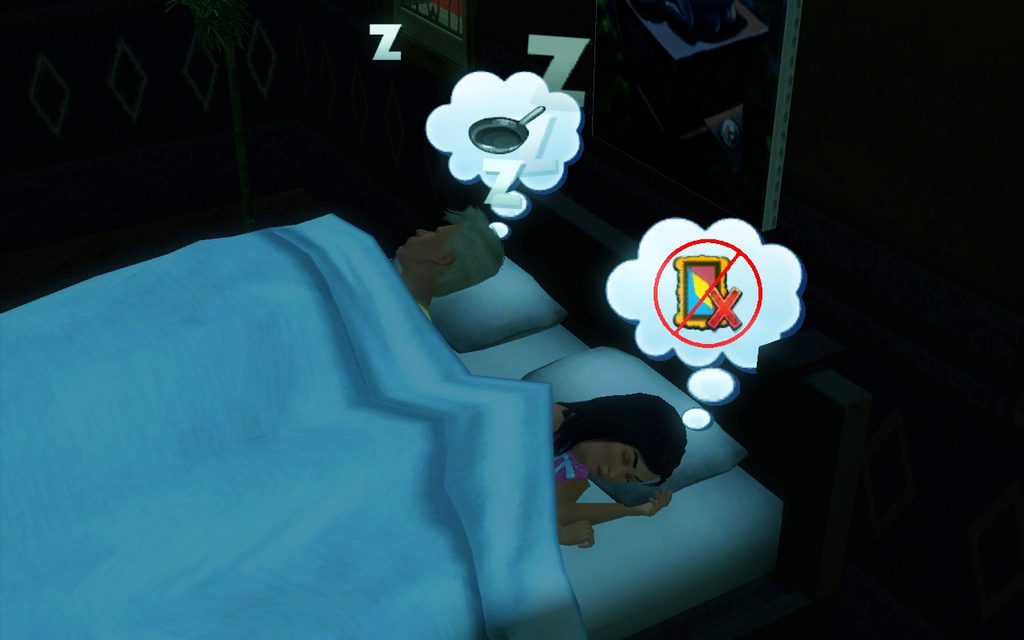 Well, this is no ISBI. I can tell her to sleep. 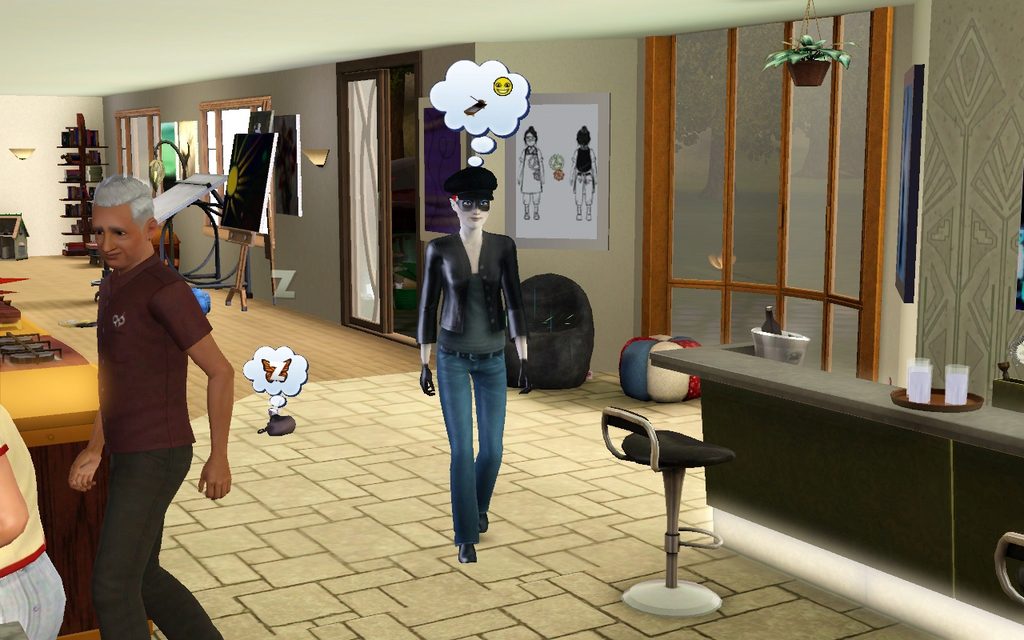 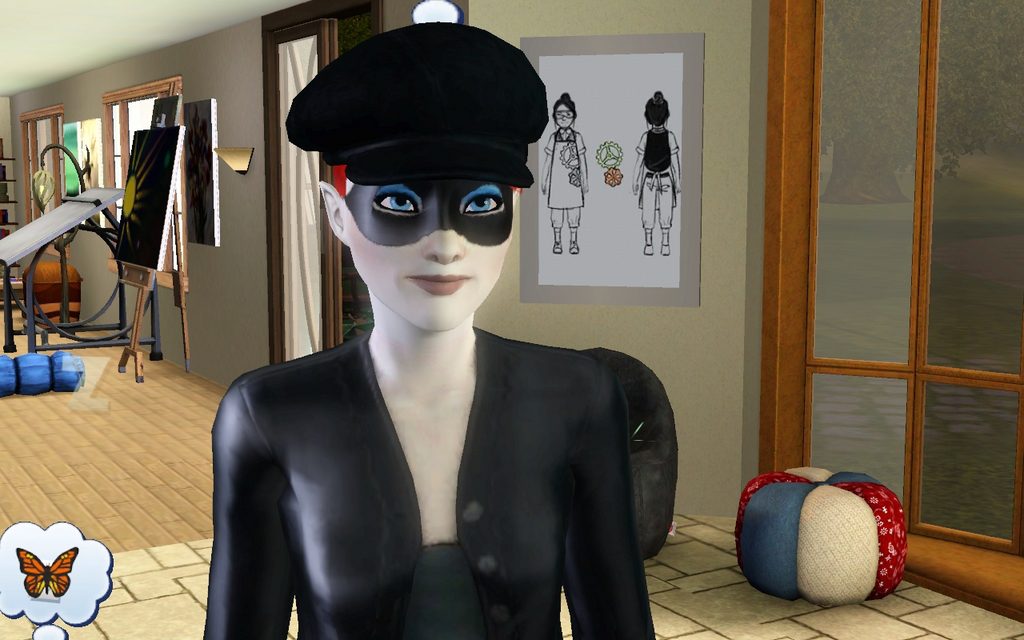 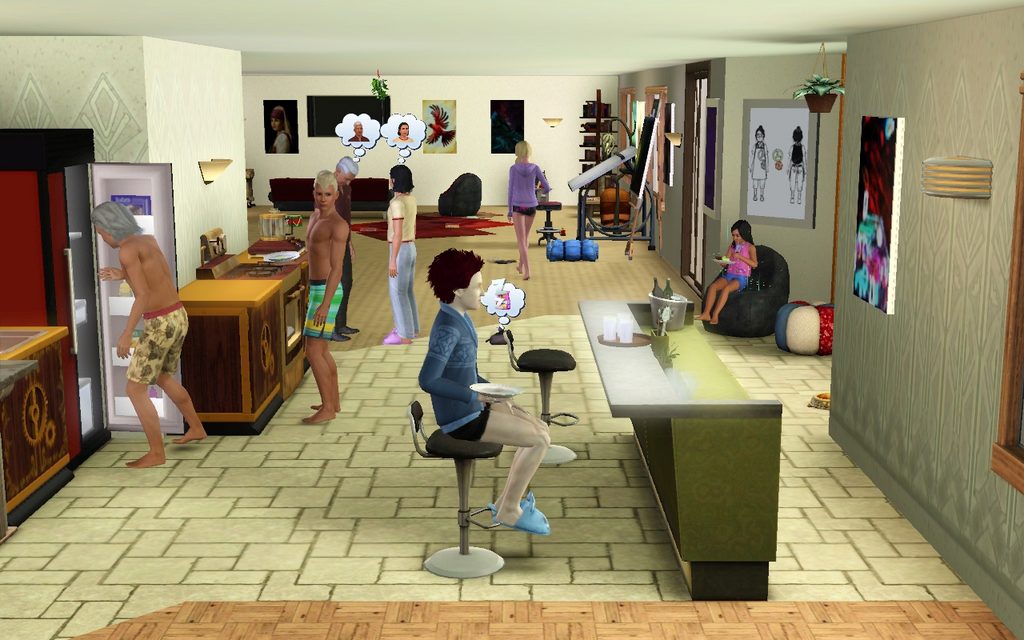 Chaos in the morning… 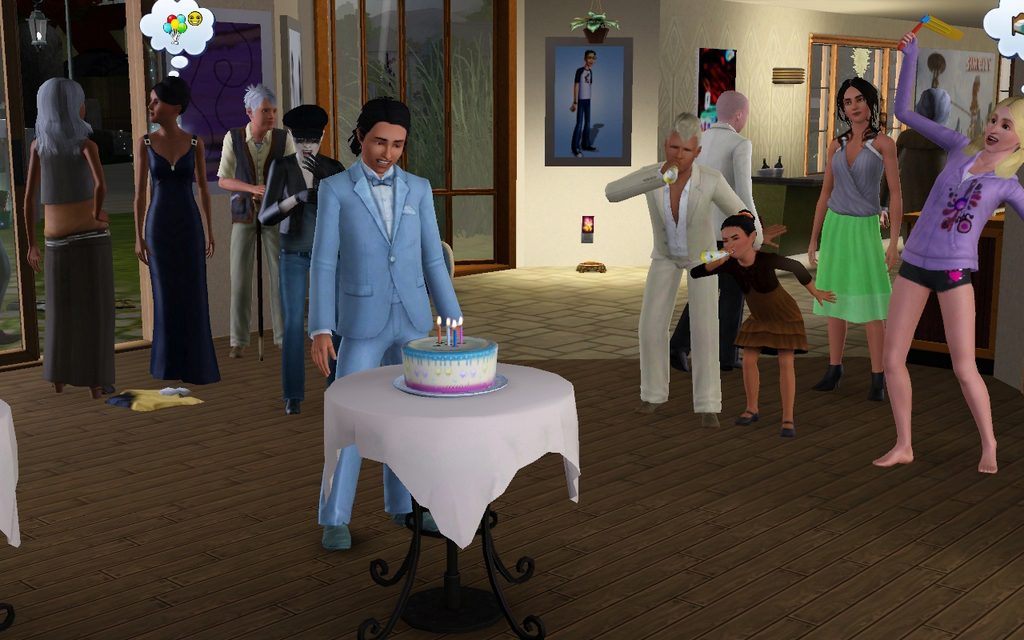 … birthdays in the evening. 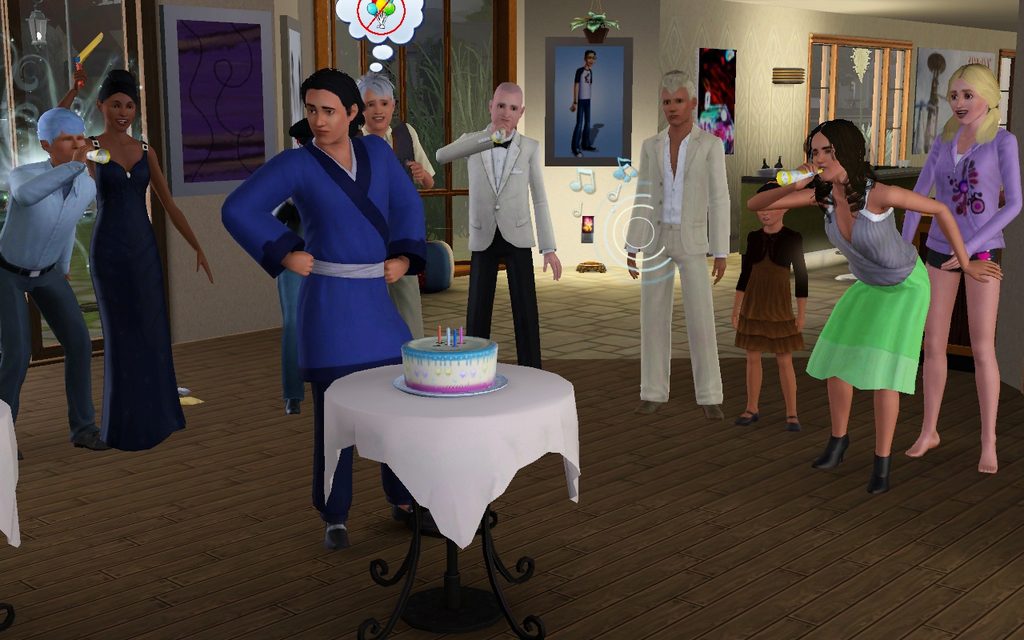 And he rolls childish. 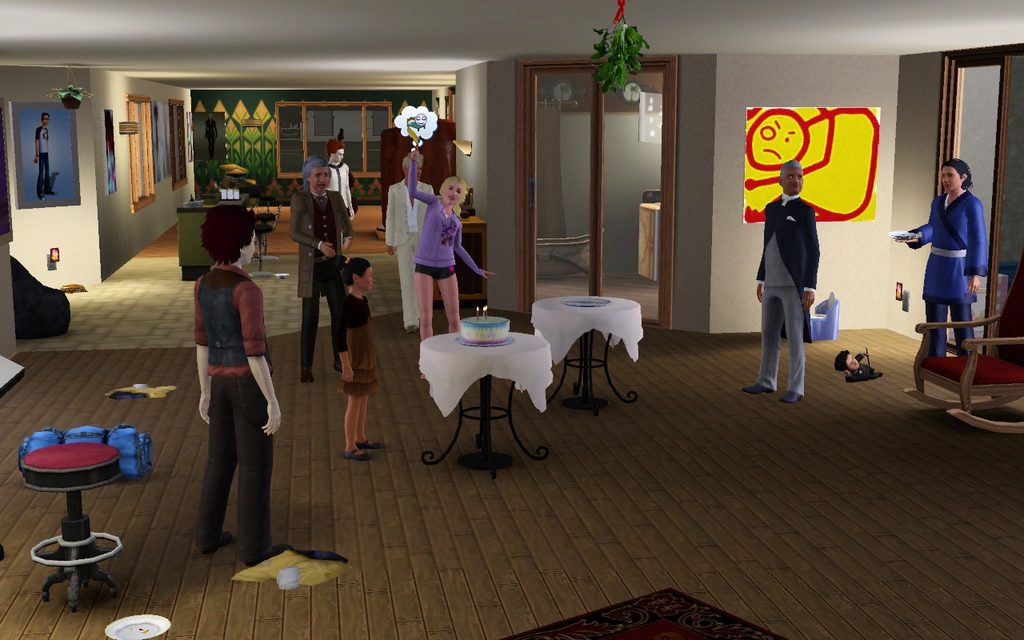 The second cake is for Fiona. 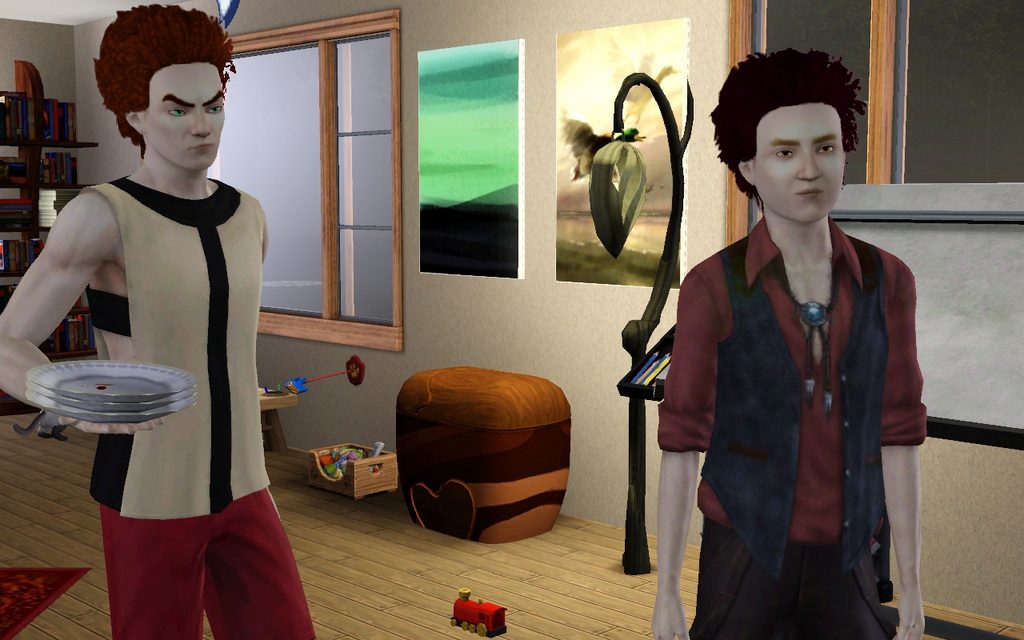 Miles and his Dad Jovan. They kinda look very much alike and kinda not. 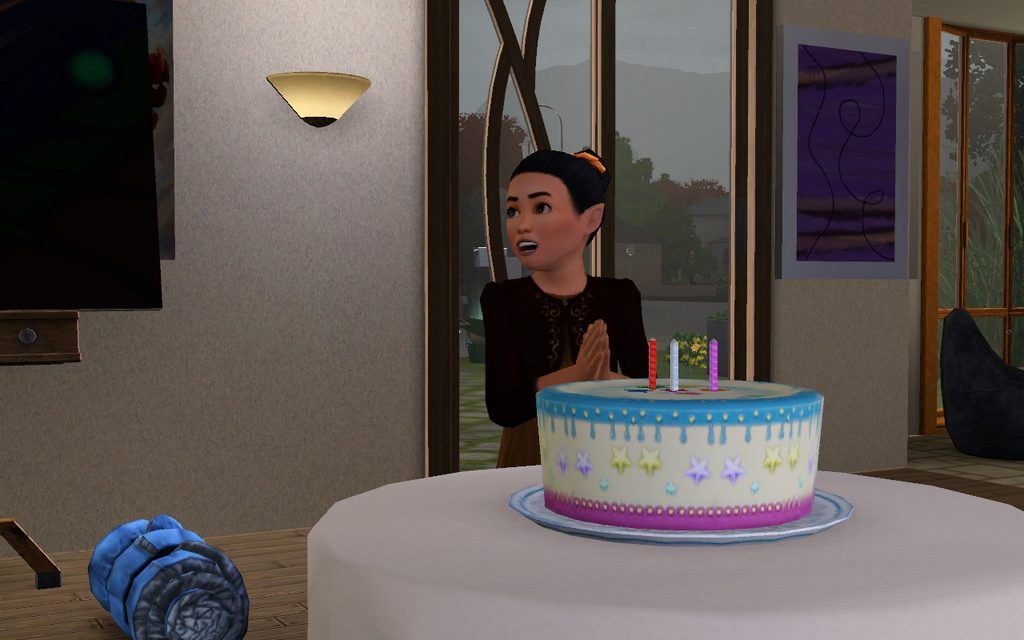 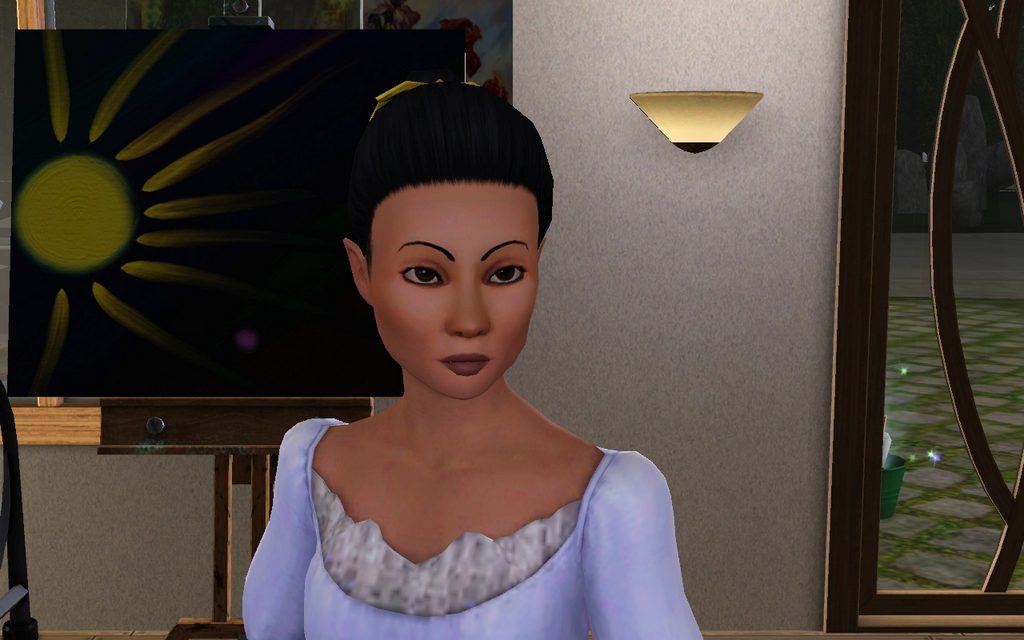 Fiona: I want a horse.

We have no room, sorry. 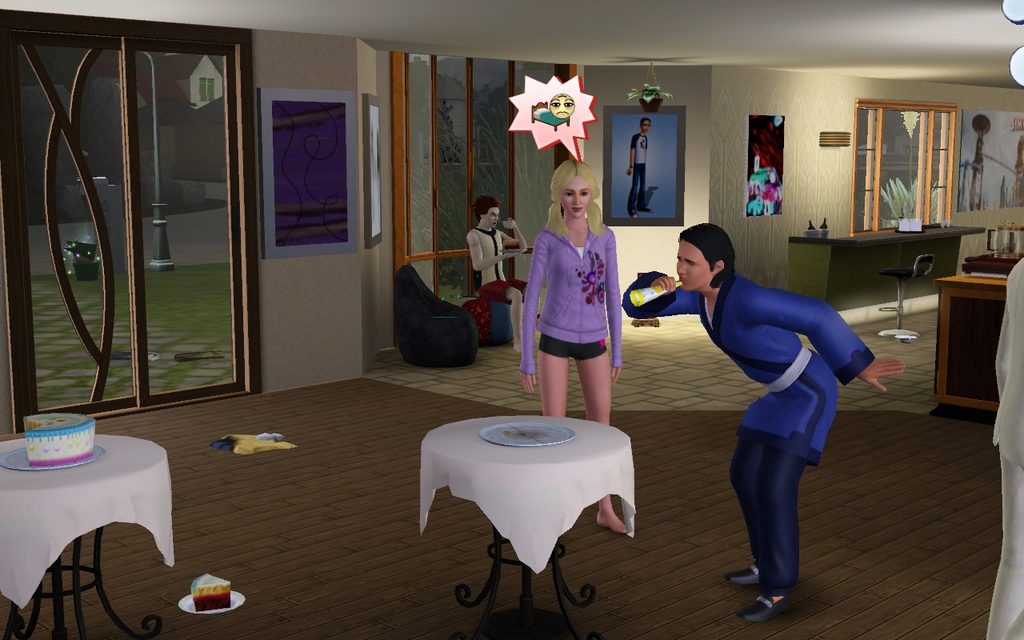 Shaoran glitches a bit and celebrates a bit longer.

Or it´s his childish trait? I didn´t need to reset him, just cancel the action. 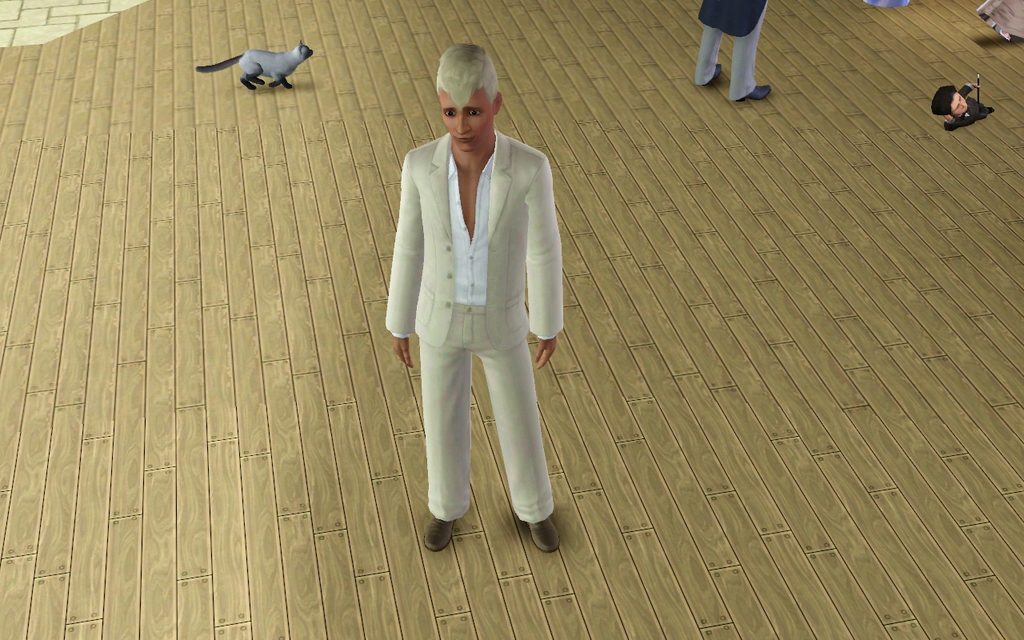 By the way, this is Kym. 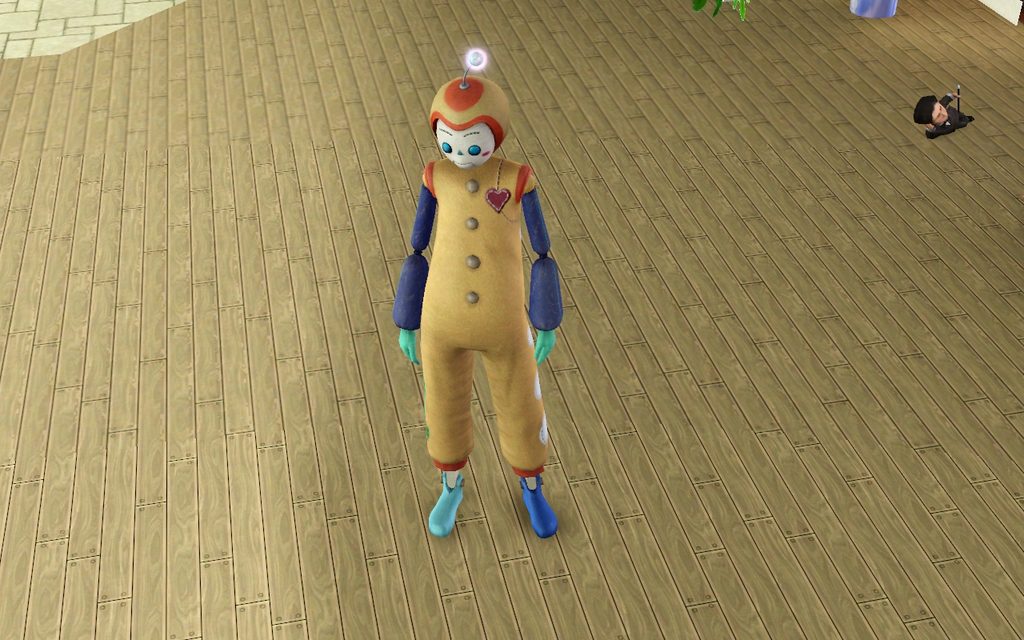 This is also Kym. 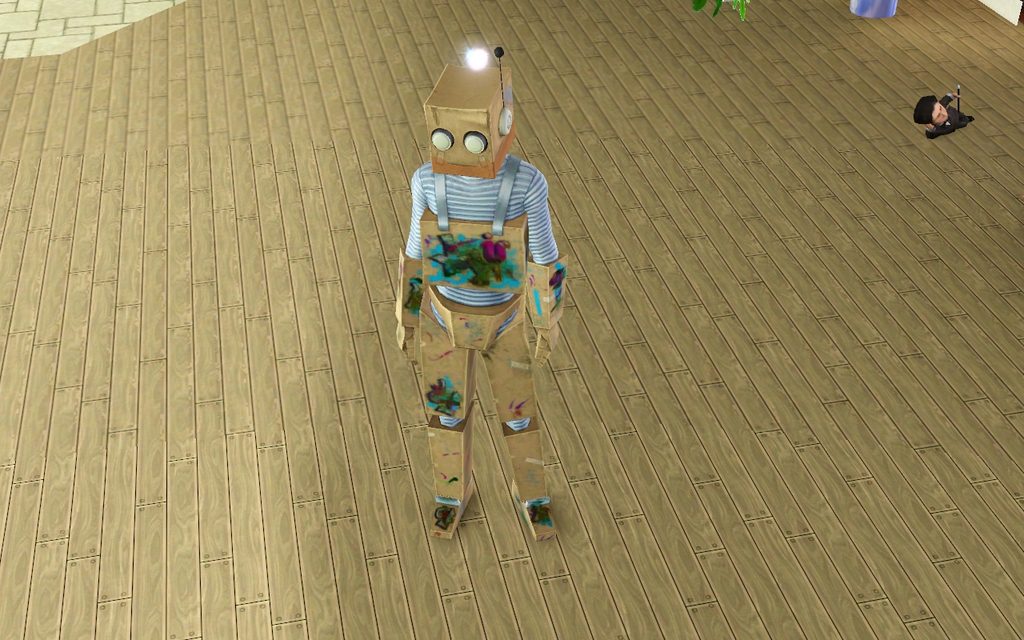 But he doesn´t like his bot-form. As soon as he transforms, he rolls the wish to return to human form. I really can´t imagine, why. 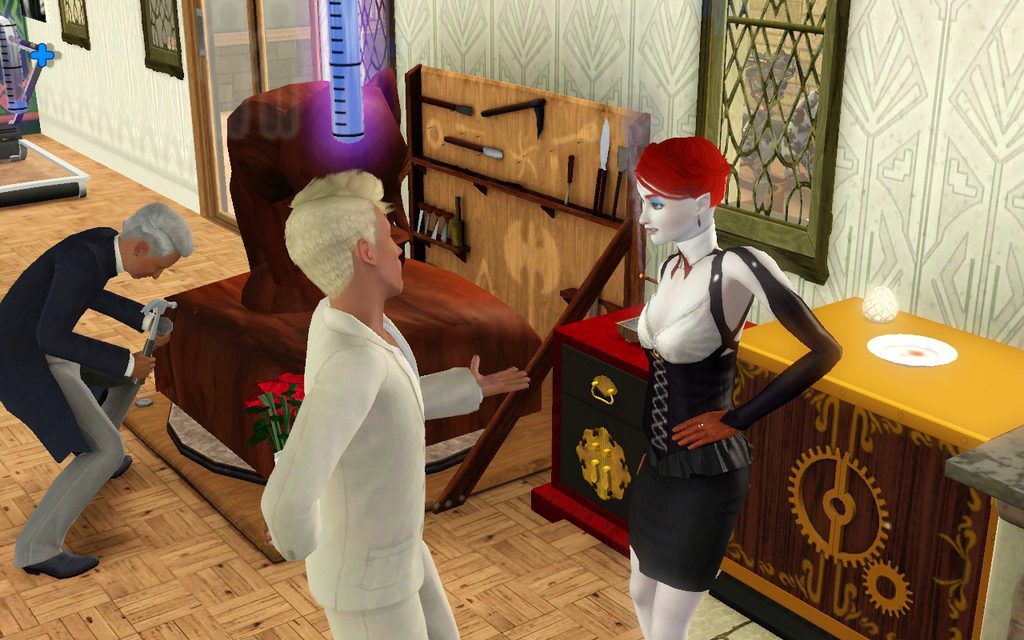 I wanted to marry Kym and Teagan before they moved out, but Teagan wasn´t having it. 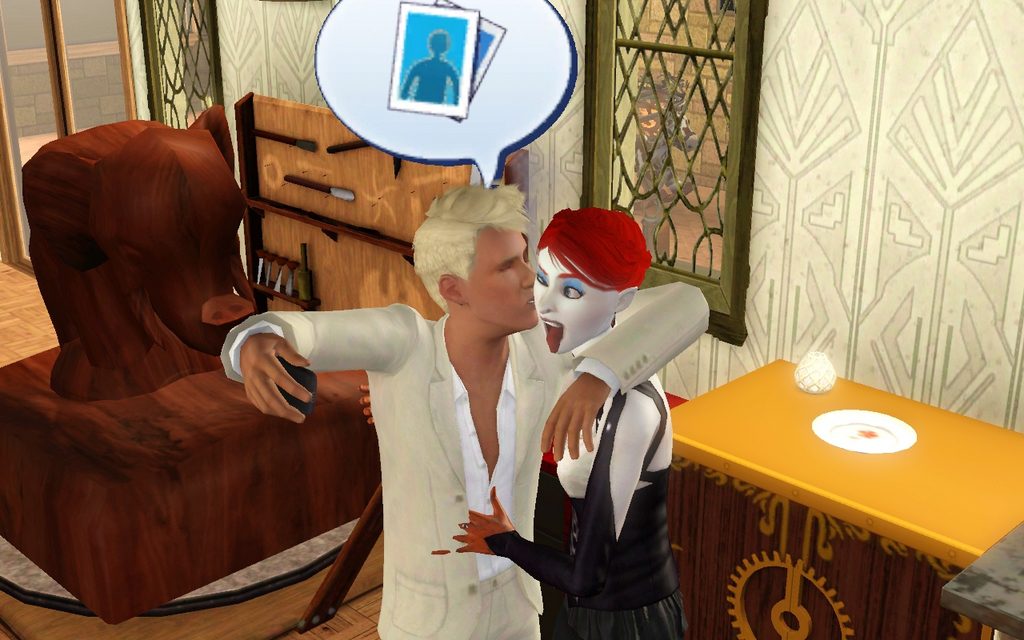 I will miss them! Teagan is a hoot, and Kym a really nice sim. 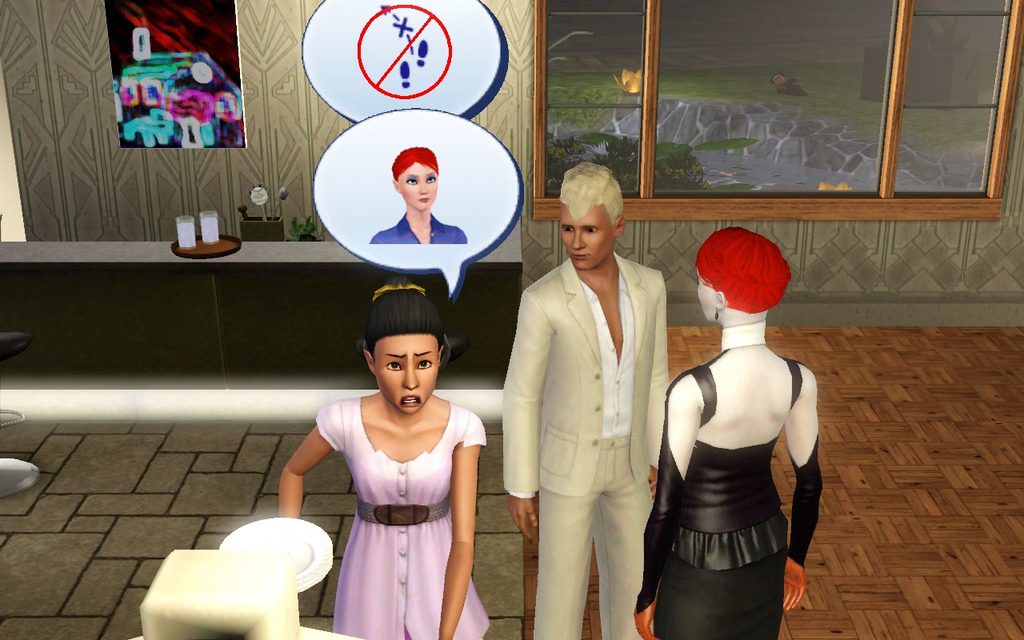 Fiona: Move them out already! Mom is blocking the sink!

Kym: Fiona! Don´t talk like that about your mother! 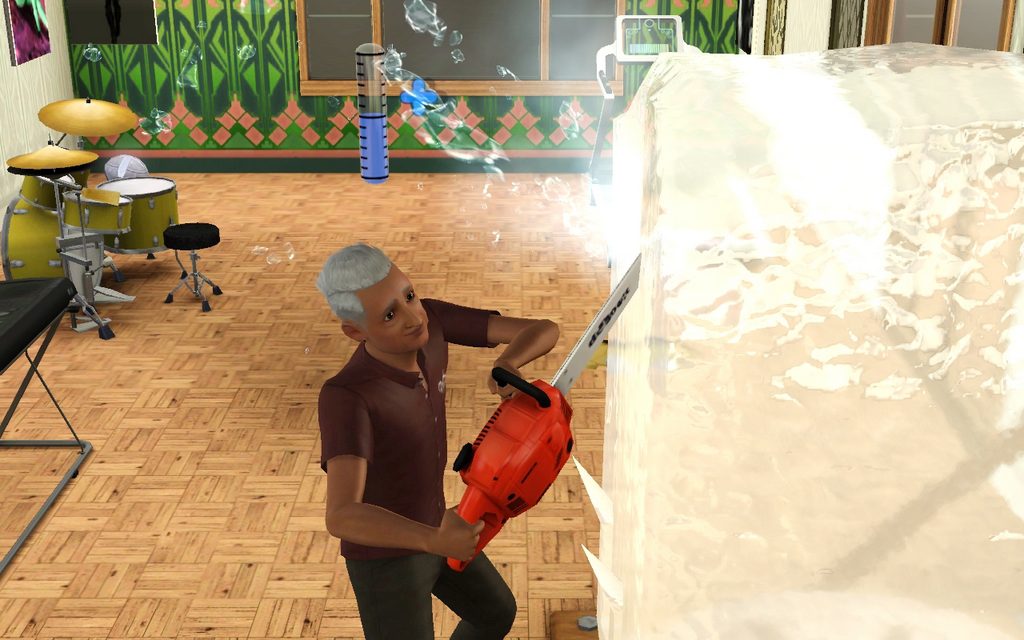 Nathan has a lot of time on his hands. 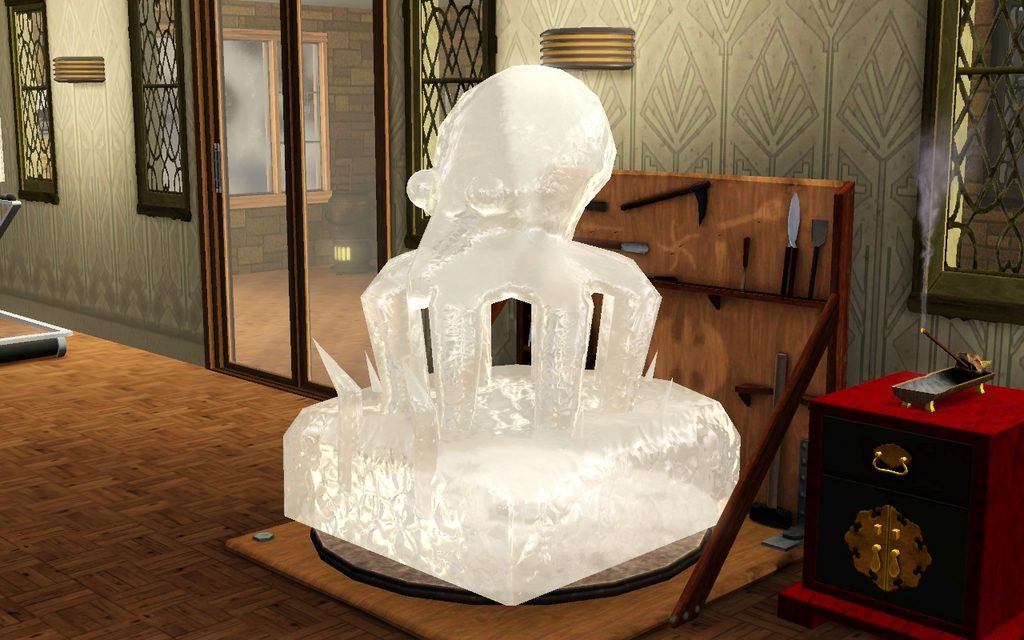 He makes this octopus… thing. 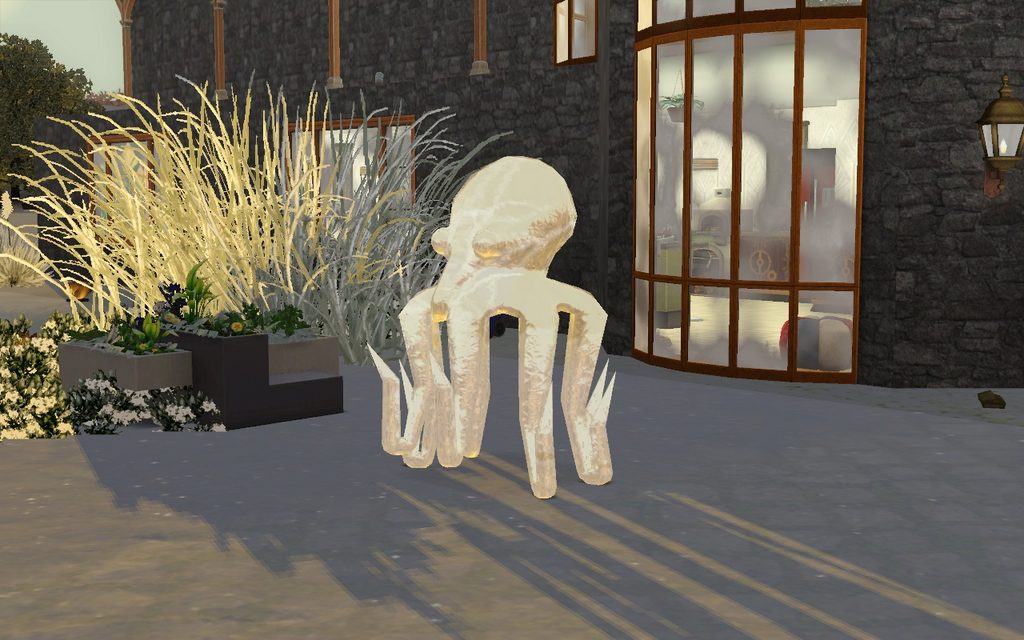 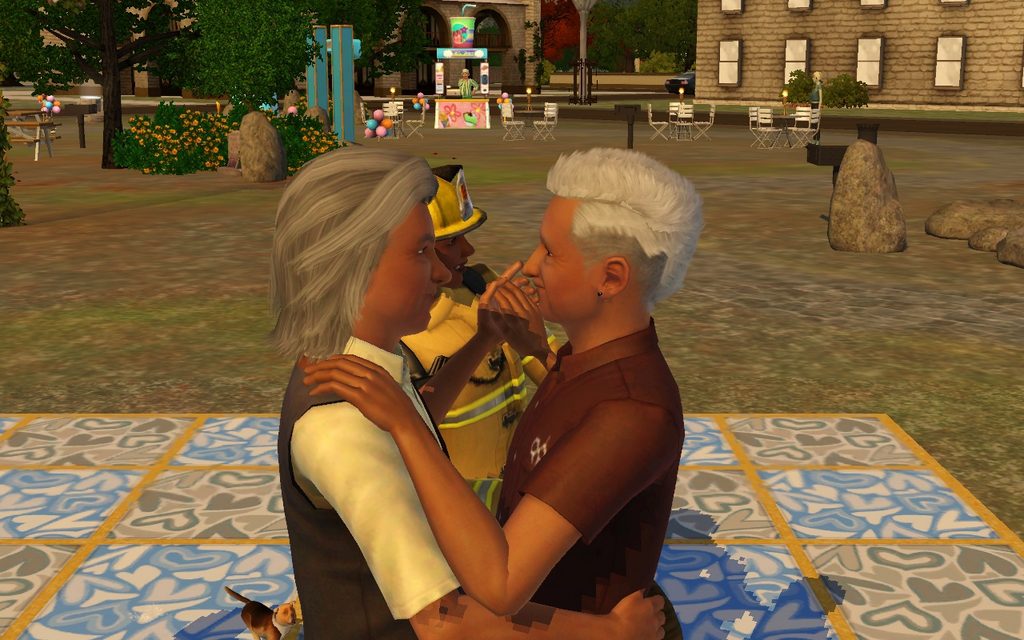 And of course, there´s always time for Joe. 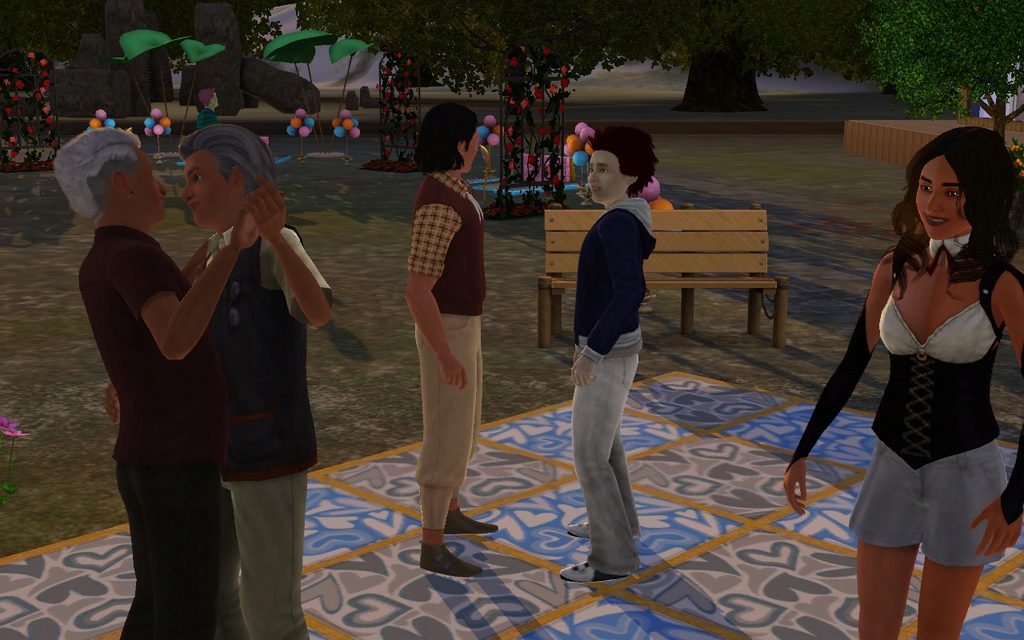 A bit of dancing, before we are moving… 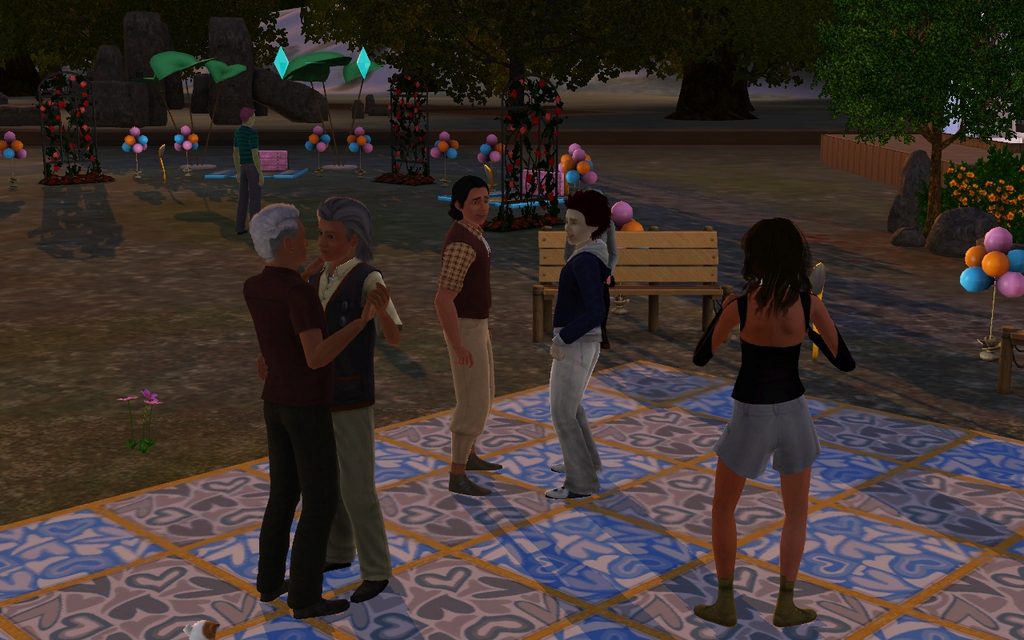 … because we have to leave Dragon Valley, due to massive lag.