We moved to Lunar Lakes! It seems a bit barren but it grows on you. Well, on me. 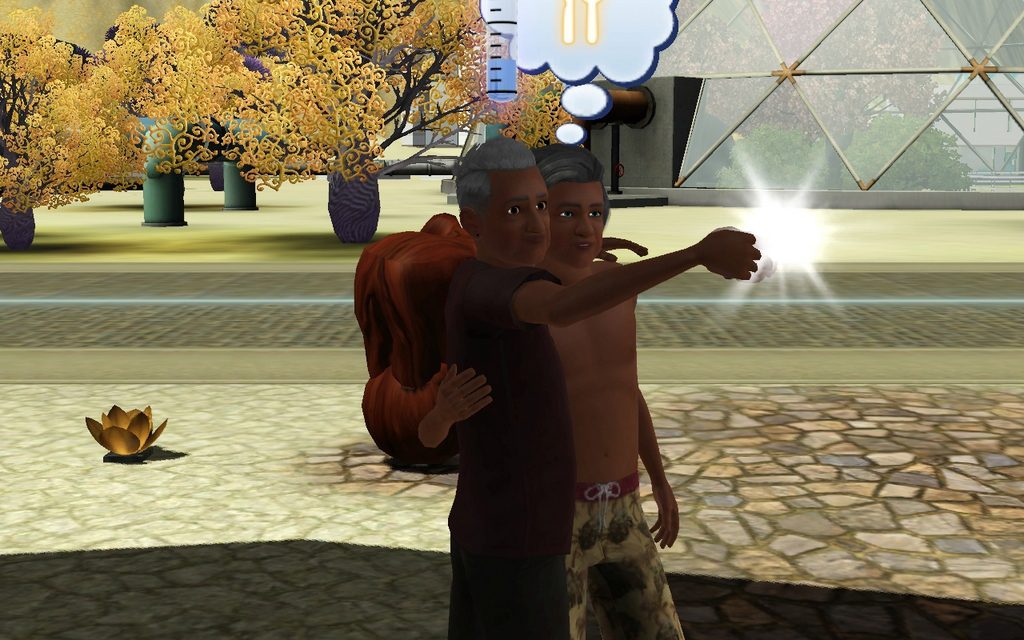 Autonomous fotos. Which is awfully nice of them… 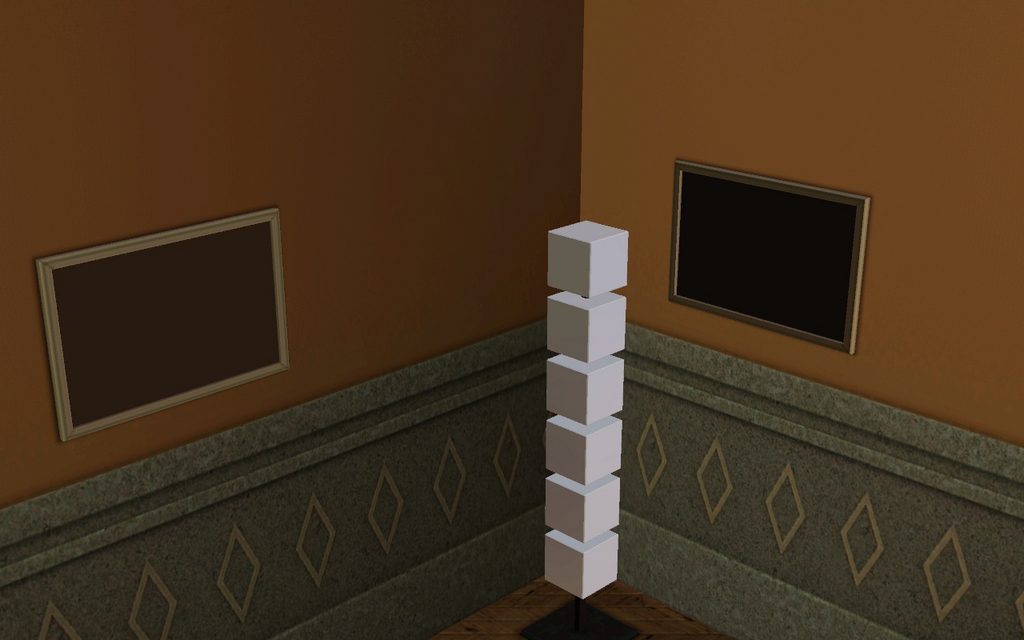 … because all of the old fotos went blank with the move. That makes me sad. 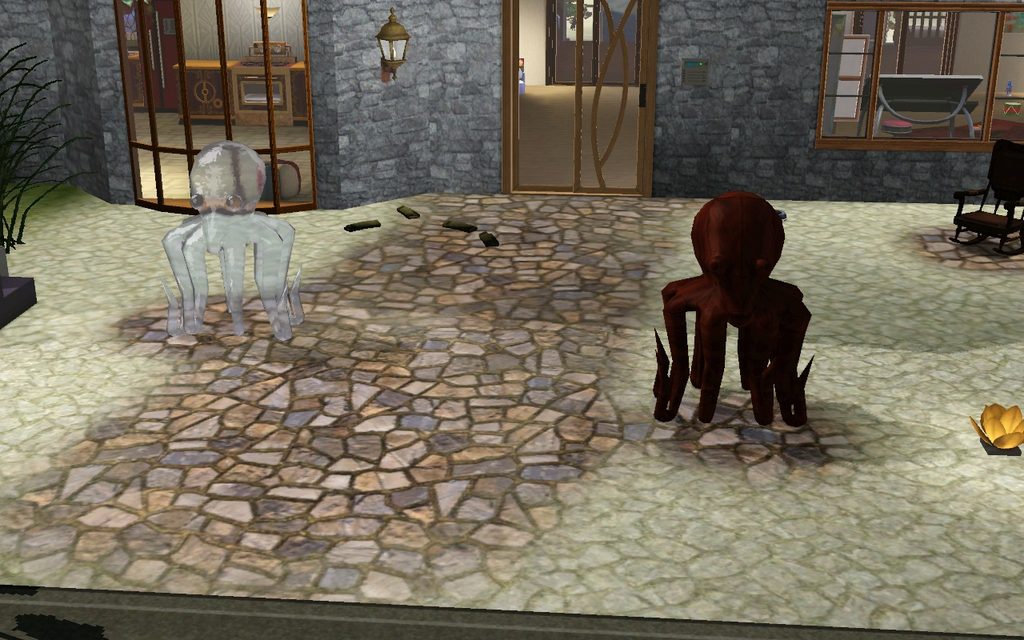 Nathan´s ice octopus made the move. Fiona did a second one out of wood. 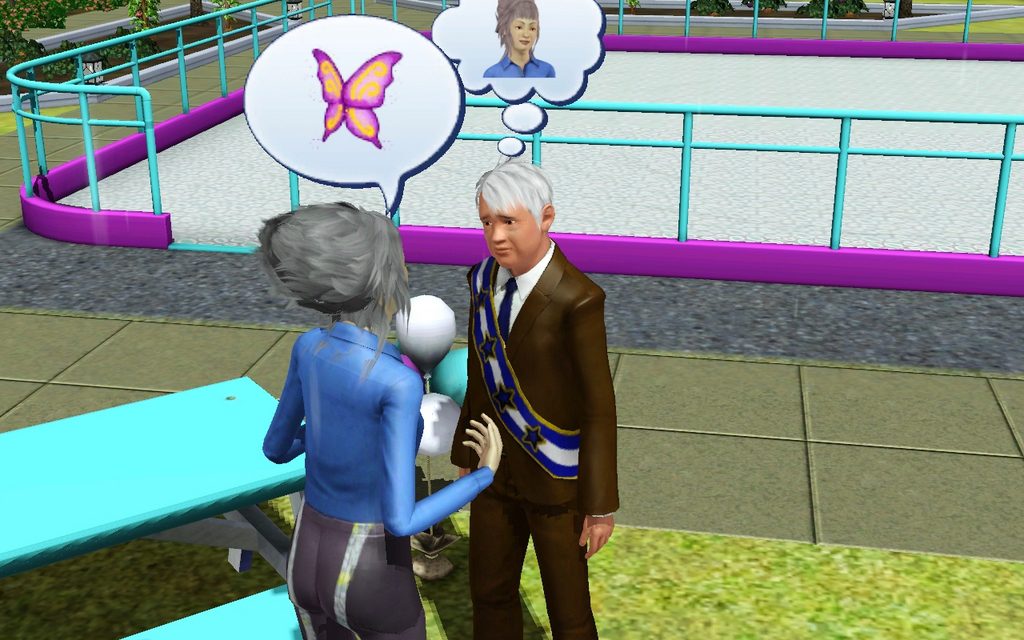 Hi, Liang! The woman is actually Jovan´s mum, Fiona O´Reilly. I grabbed a few families from Dragon Valley and dropped them into town. 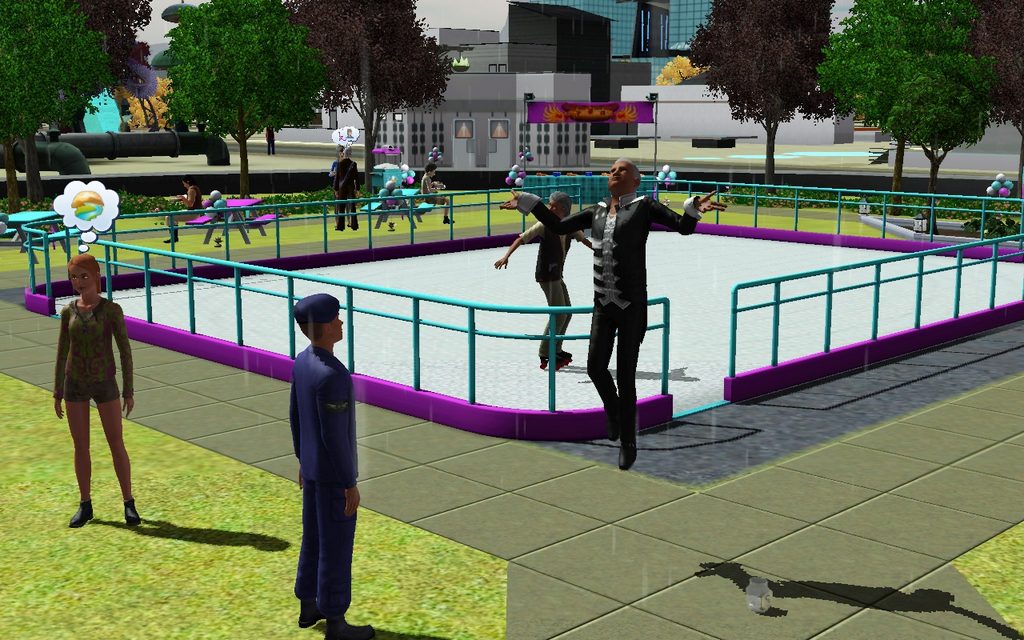 The parks are a bit weird. I´m not sure, it should rain in there. 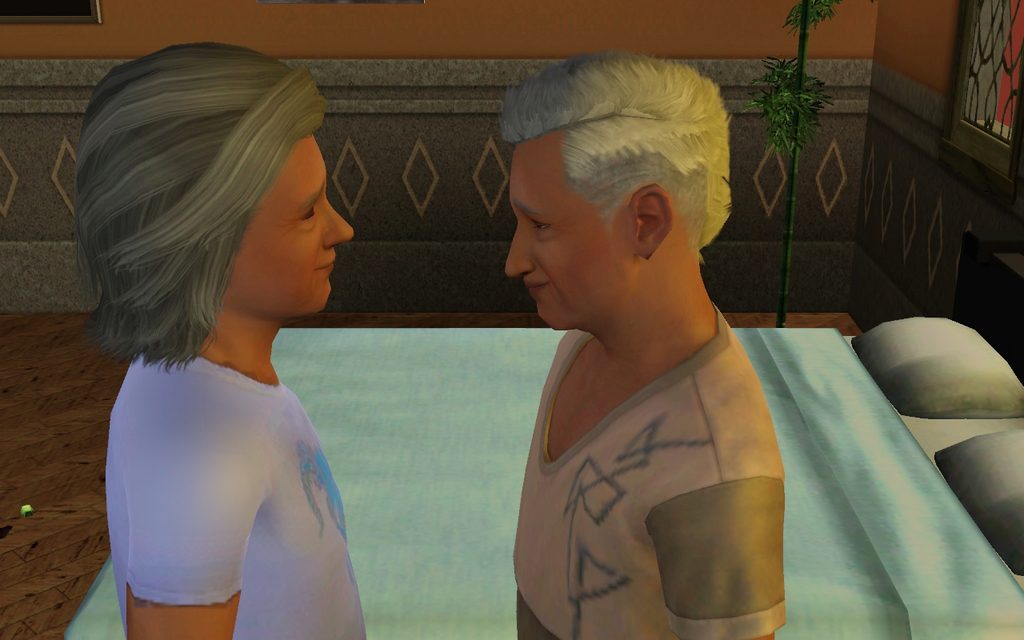 I might be slightly obsessed with this elderly couple.

They are just so cute!

Miles grows up the second day after the move.

He never went to school in Lunar Lakes, so the game doesn´t let me choose the trait. Well, I always roll anyway. 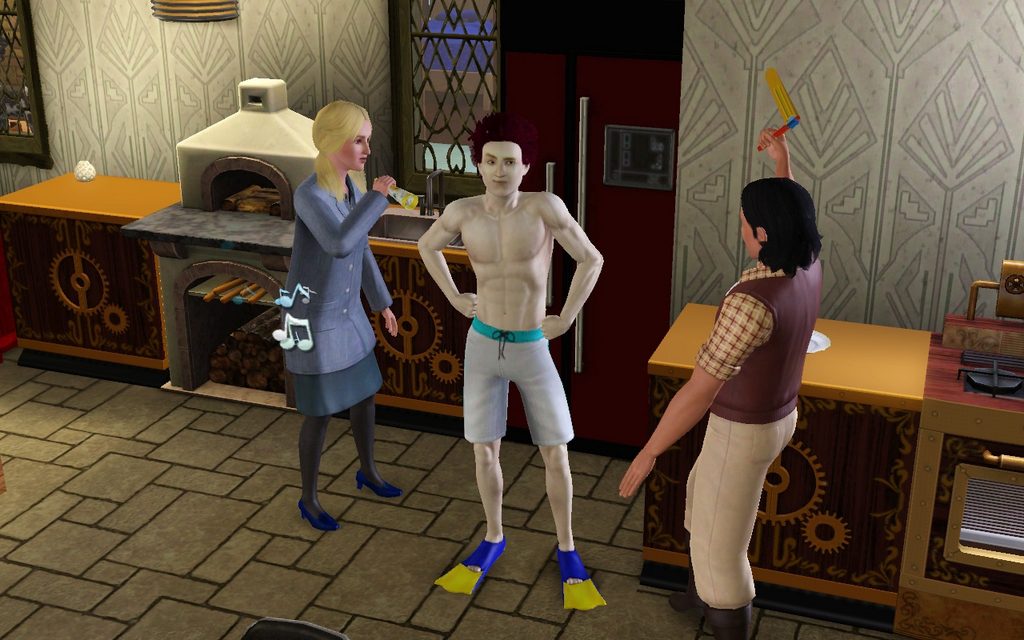 He´s now ambitous. Could be worse. Actually it´s really convinient, because he wants to become an astronaut. He will have to work a lot.

Miles: So, now we have to go to university?

I forgot to mention Shaoran´s LTW. It´s major master, so he has to earn three degrees.

Star and Steven are back in the house. Steven seems happy.

It´s graduation day for Miles. You are allowed to look a bit more enthusiastic, you know.

Yeah, let the graduate, who never drove a car before, transport the whole family. Great idea. 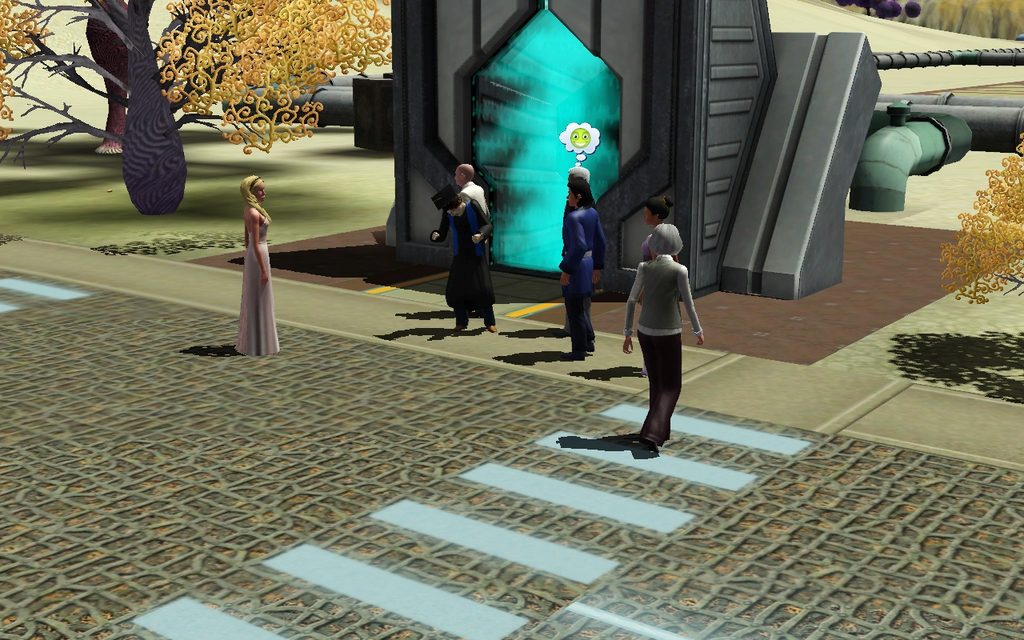 The rabbit holes are neat.

But a bit bad for photos. Everyone is standing in one spot.

Reasons to own Lunar Lakes. 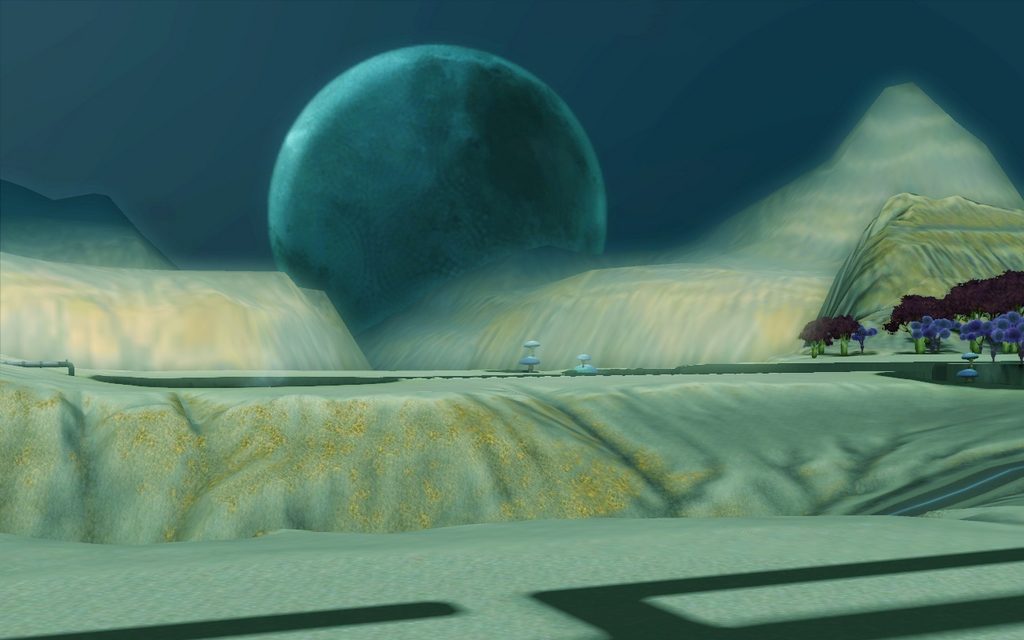