Hot-headed Fiona and grumpy Miles really don´t get along. 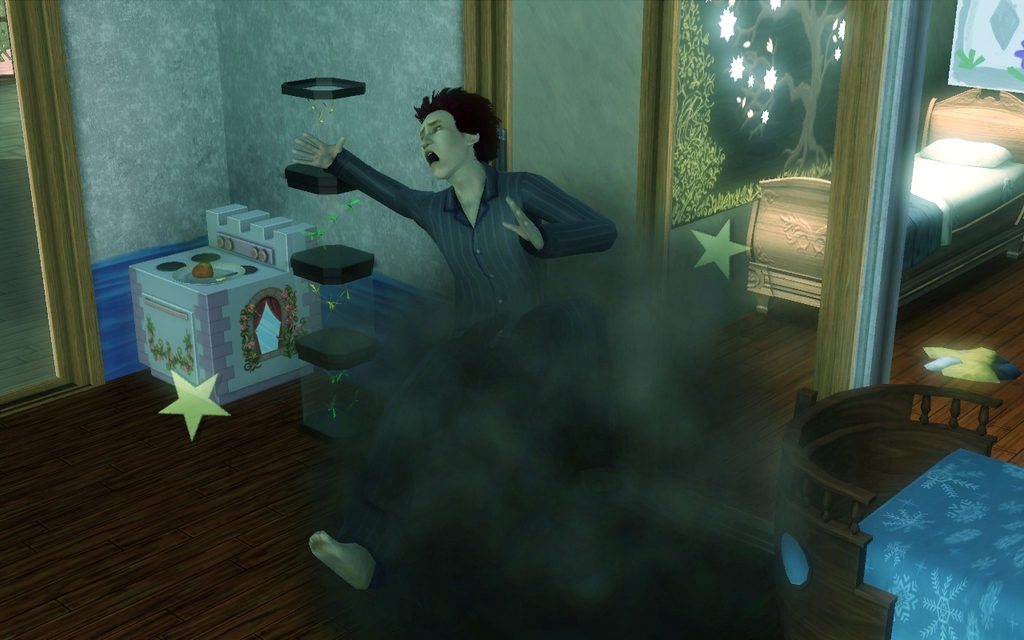 This is the first fight of many. 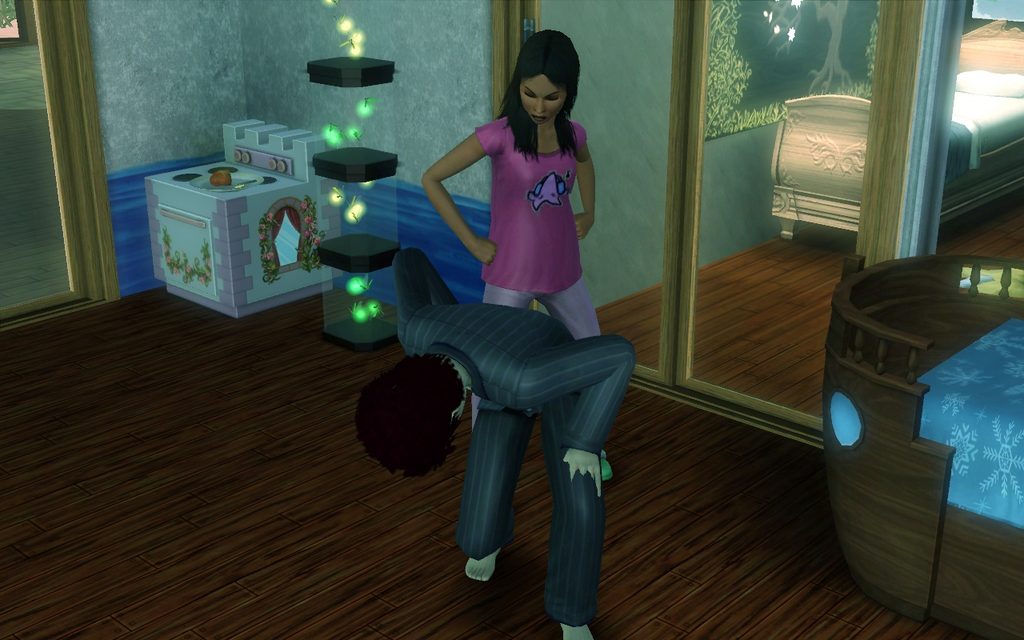 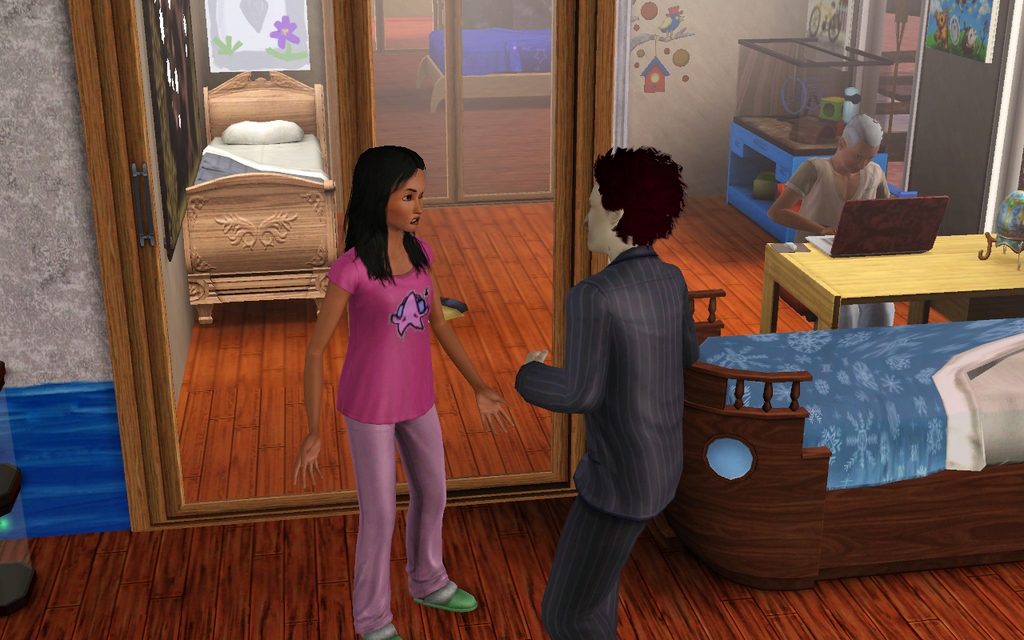 He then sends her in time-out for fighting in public or something.

I call that petty. 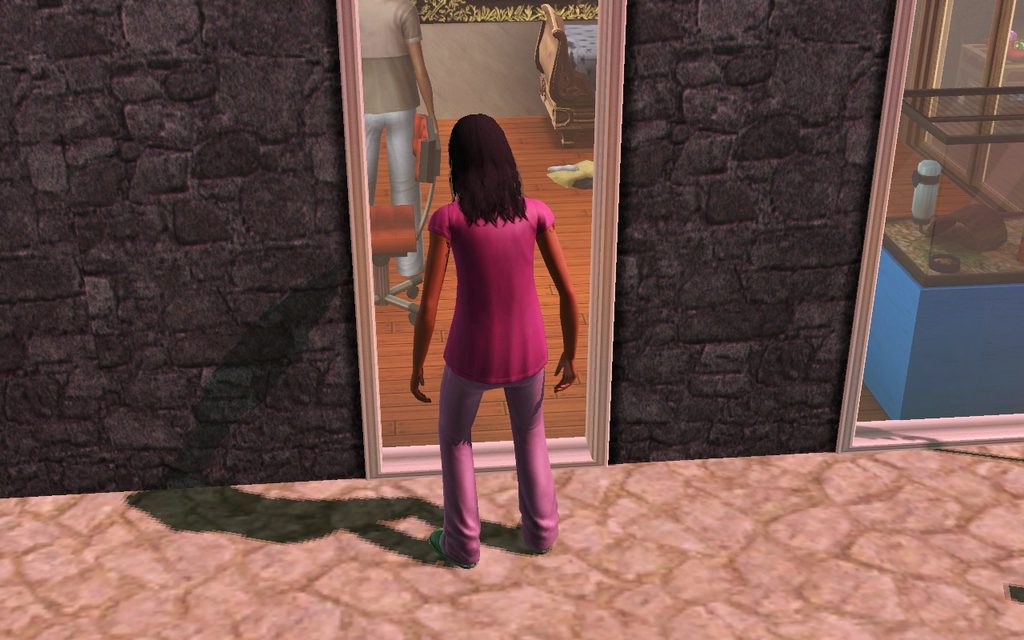 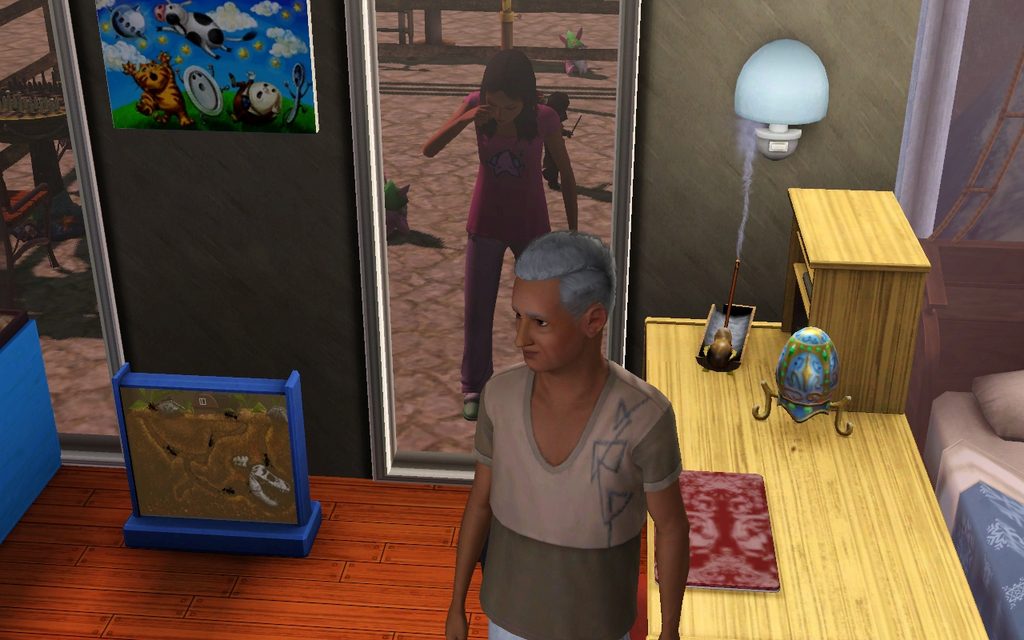 Counting on your granddad to help you, huh?

Nathan couldn´t reach her for some reason, but I sent someone else to let her of the hook, so she could go to school. 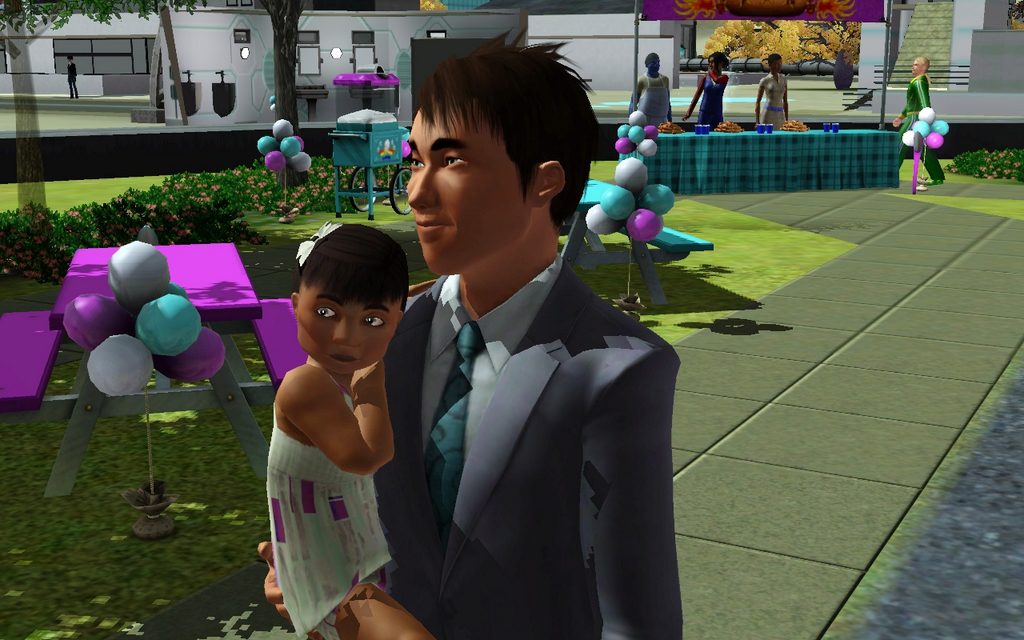 Okay, that toddler is not cute. Actually, she´s quite terrifying. Her name is Irene Su. 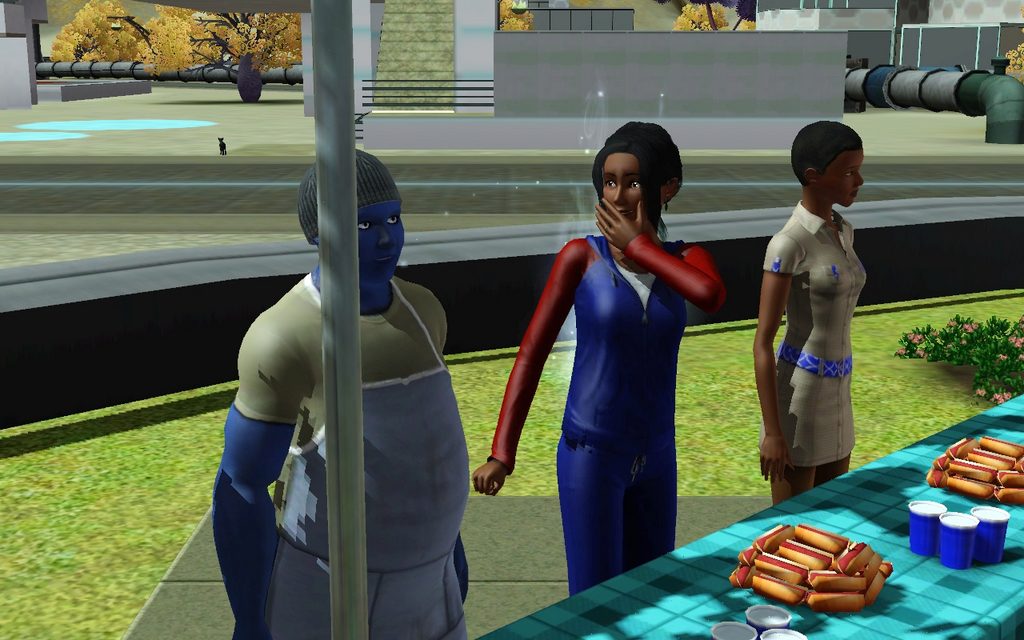 Kisa now has a job in sports for some reason. Here she fawns over some djinn, because of her supernatural-fan trait. You´re a fairy yourself, sweetie! 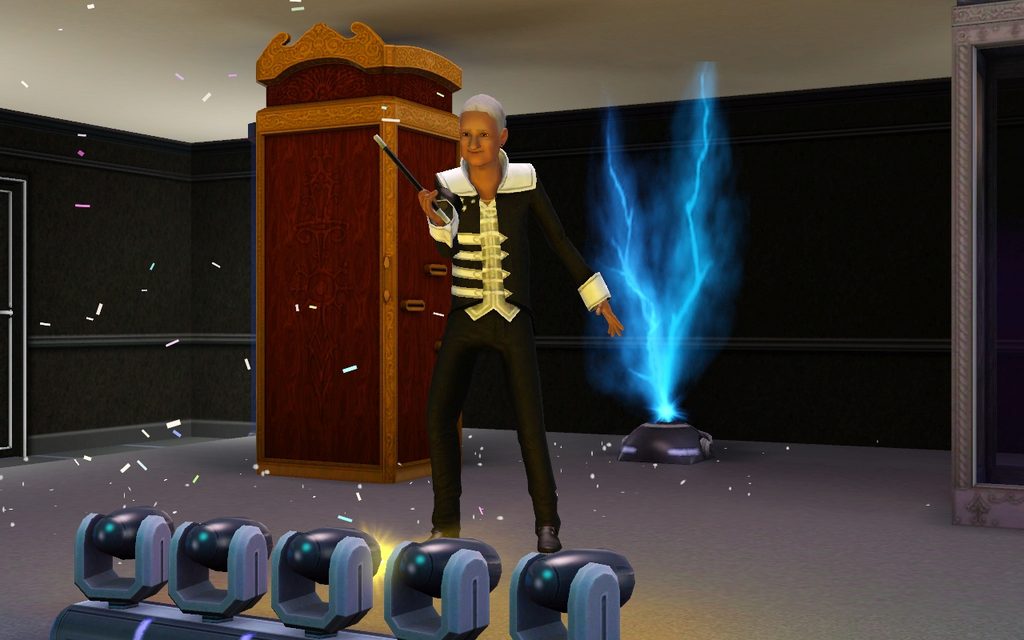 Nathan does a show to get some new acquaintances. 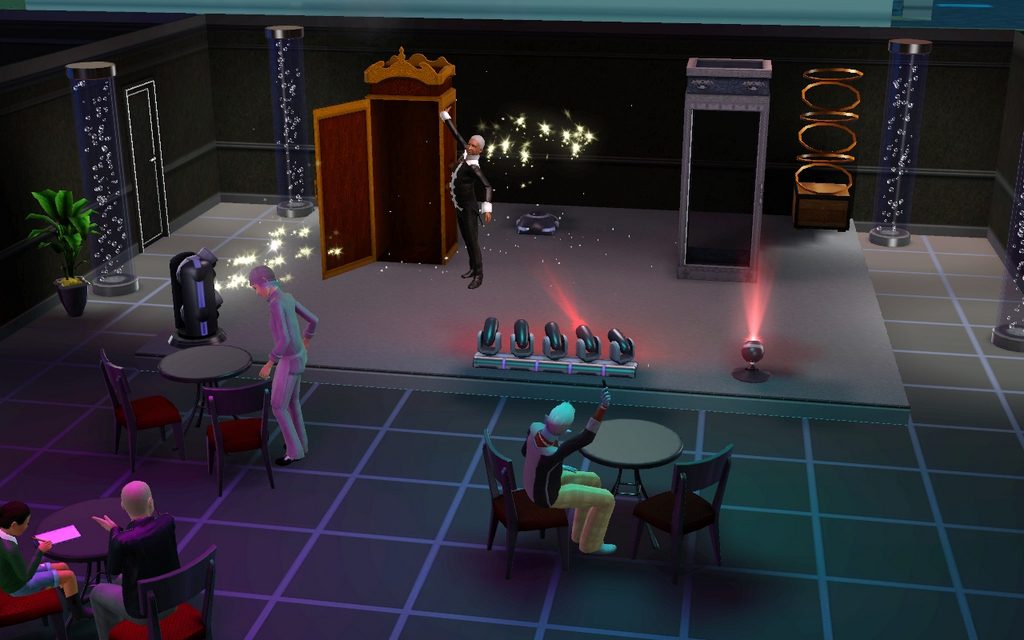 Although the audience is not that great.

But he does his best, as always. 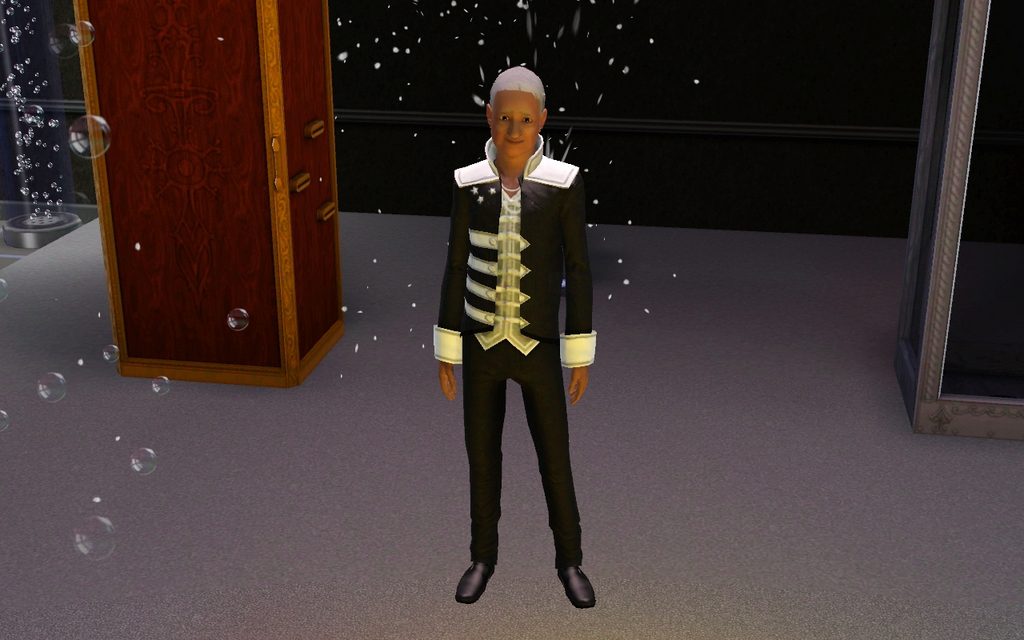 His lifebar is full. I worry about him.

Fiona has already rolled her lifetime wish: she wants to become the empress of evil. I never had a non-evil sim with this LTW before. Perhaps she wants to follow her mum´s footsteps. Or annoy her. I decided, she needs some methods of self-defense, if she wants the job.

Fiona: This is stupid!

Perhaps the dummy doesn´t like to be called stupid. 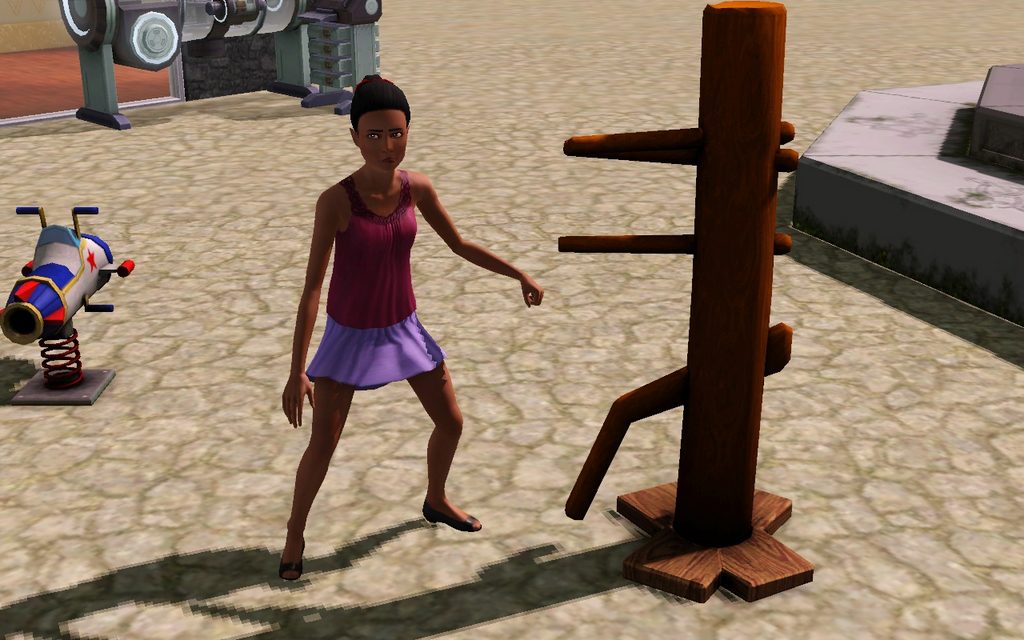 Fiona: No one saw that!

Someone had a marshmallow in the inventory for some reason, so I bought a fire pit. This looks like Nathan is roasting Shaoran, but he´s just lighting the fire, while Shaoran is somehow depressed over the new object. 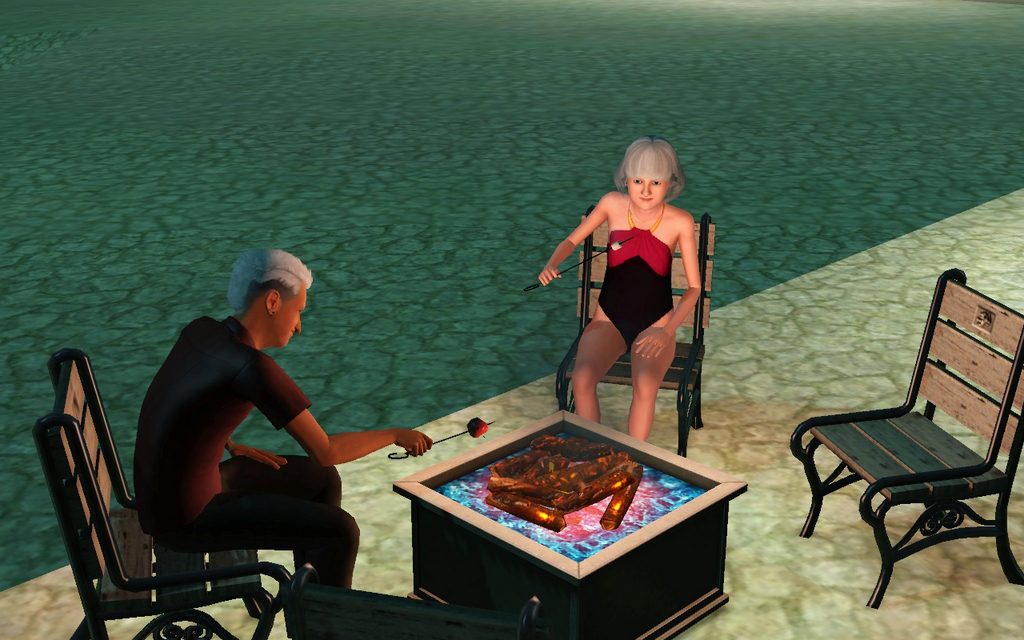 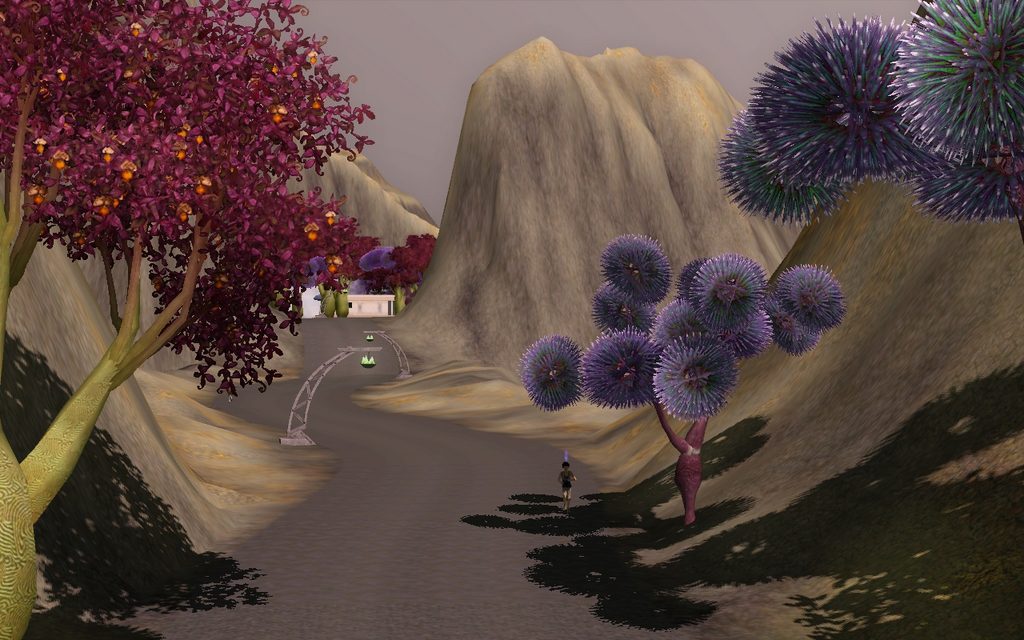 Miles needs to build up his athletic skill, so he jogs through some pretty part of Lunar lakes. 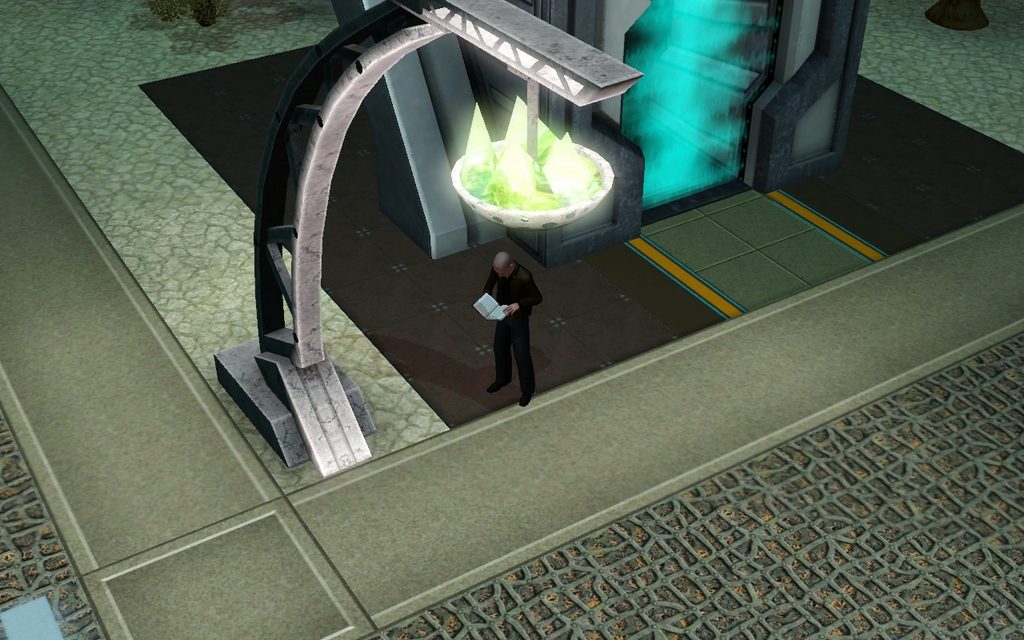 Steven still prefers to read after work instead of doing some sport. 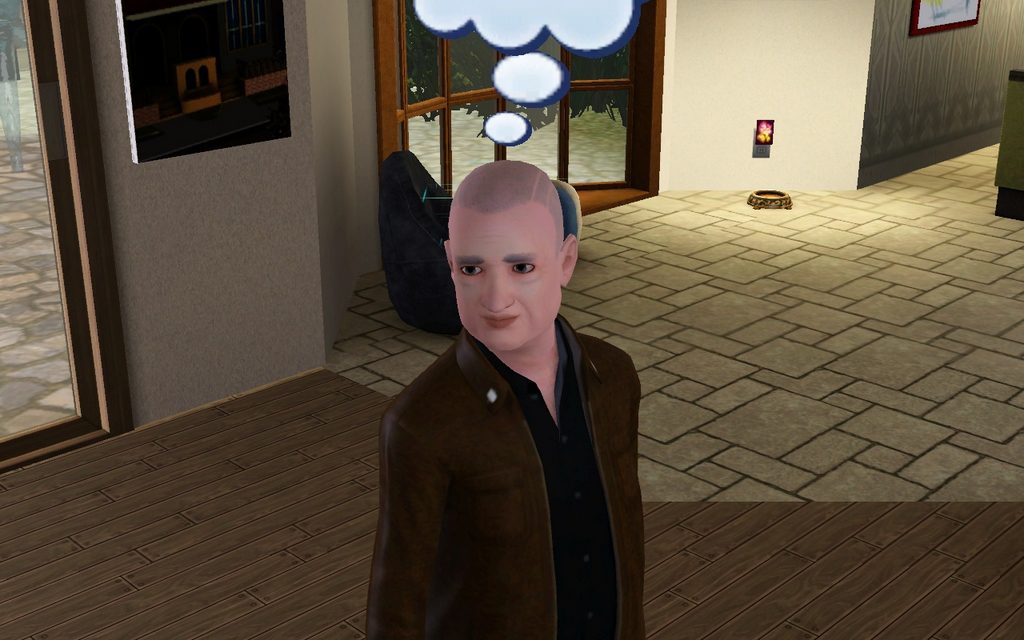 This guy somehow is now a hit movie composer, which means he topped the musical career as well as the education career. He´s a fast learner. Must be all that reading. 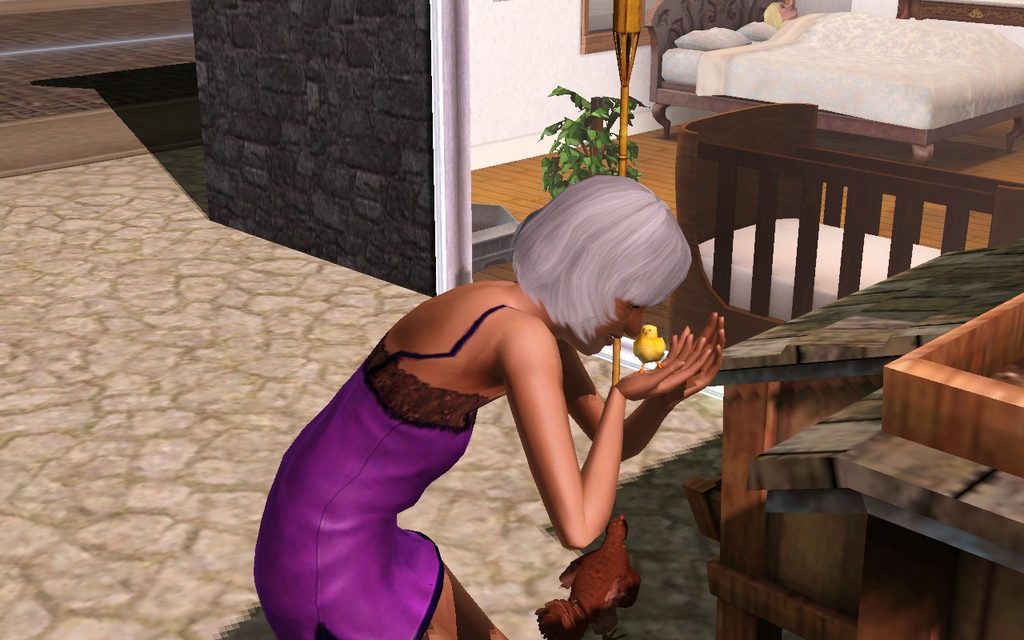 I bought them the chicken coop, because I love the animations. Also, free eggs! 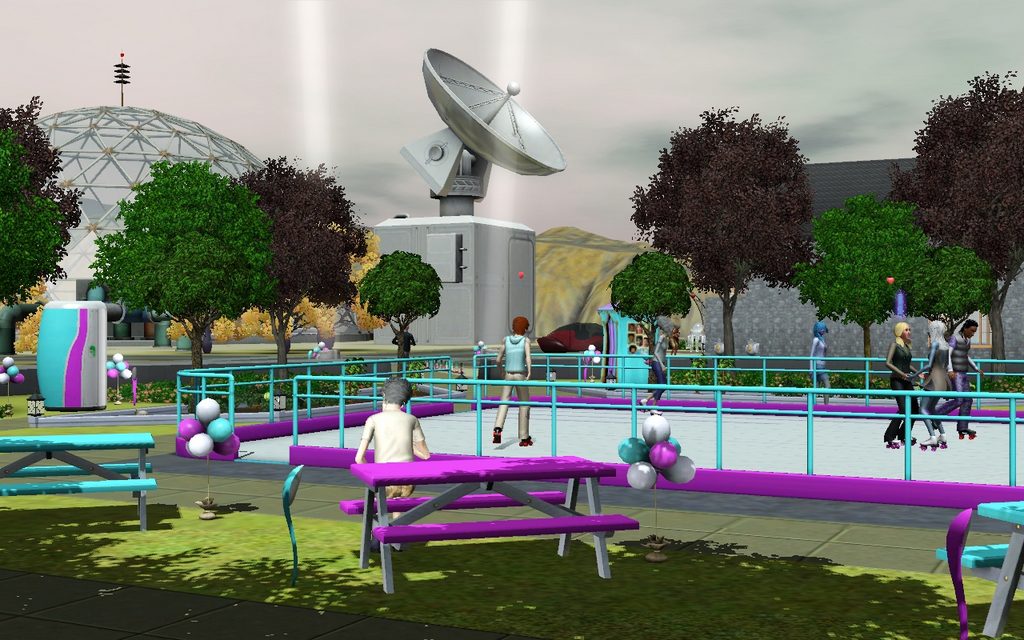 Pauline has a date with Jovan. 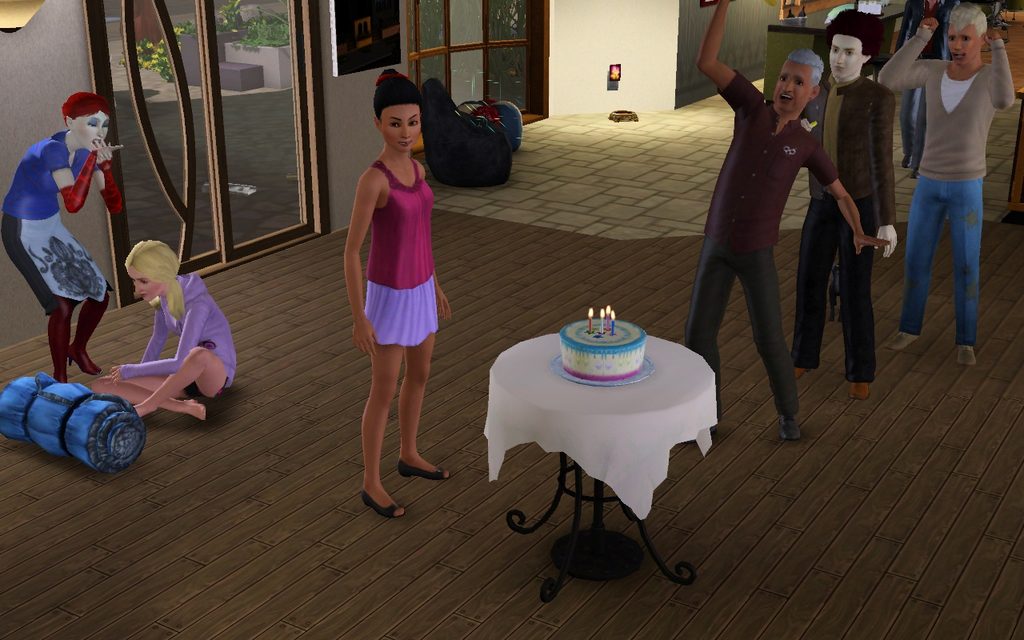 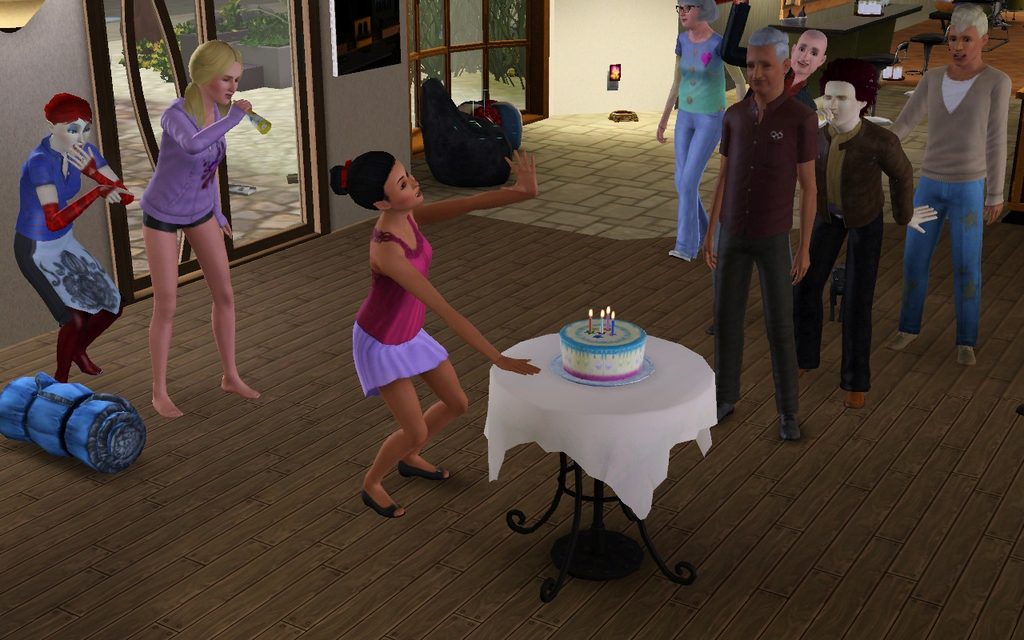 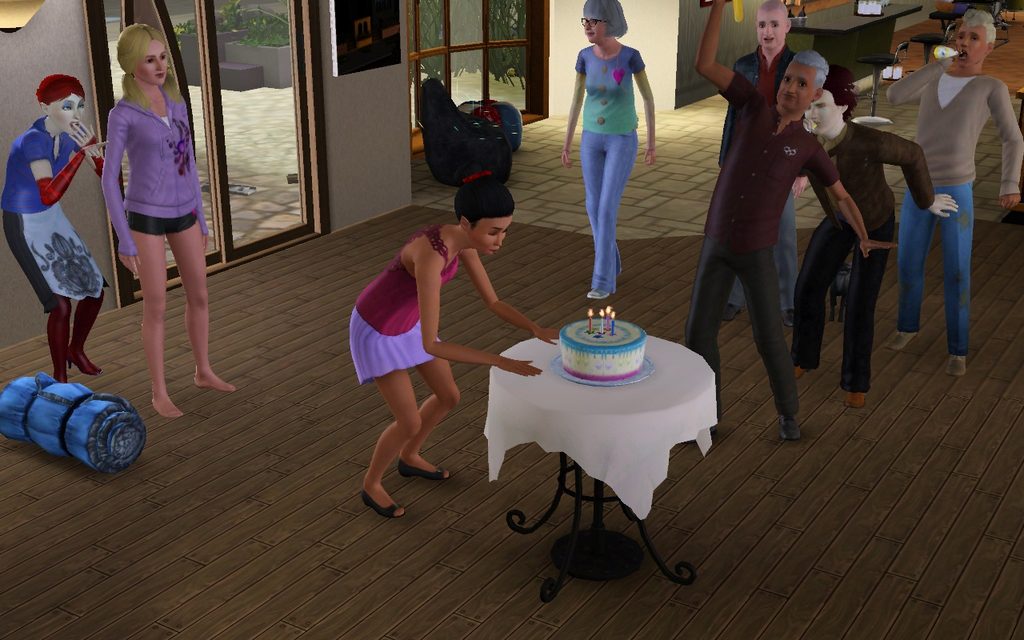 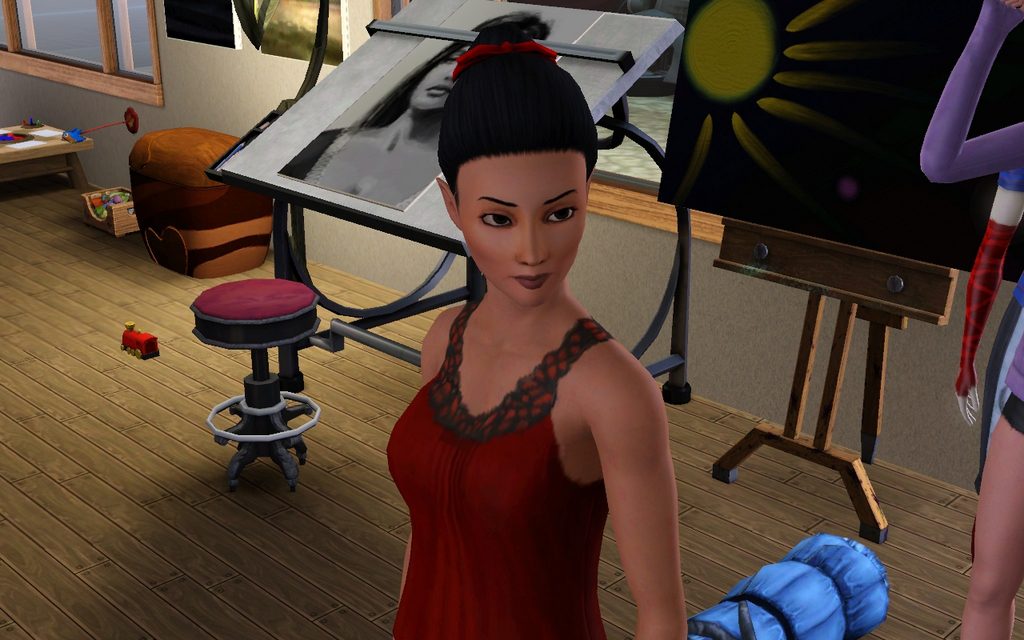 Wow, you certainly gained some weight in the front area.

Fiona: Shut up. This house is a mess.

Actually she´s a face clone of Teagan, but it doesn´t show so much because of her totally different complexion. Speaking of Teagan… 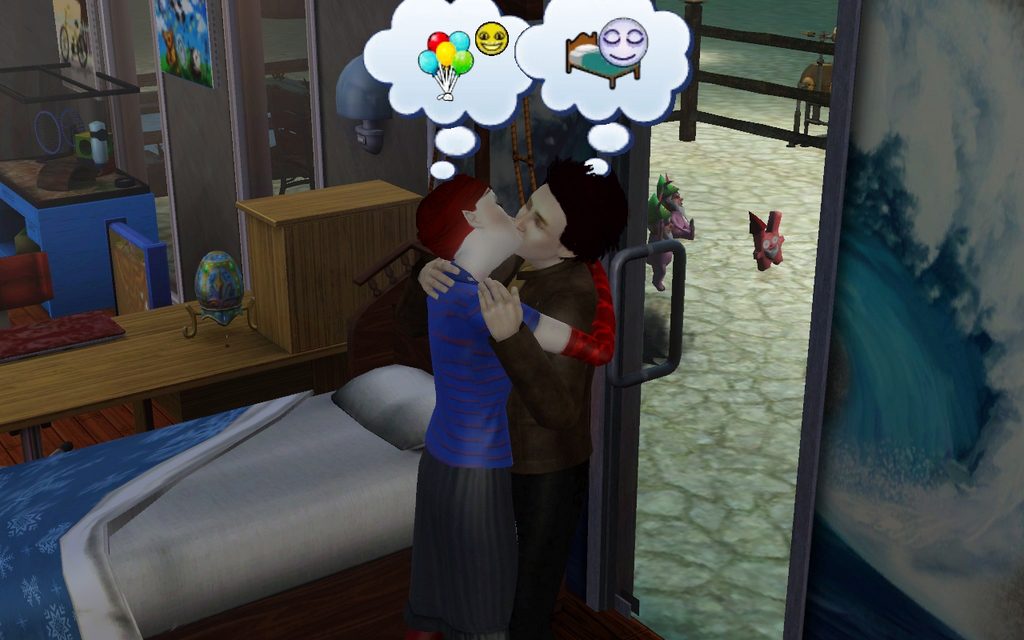 Miles! No! That´s how she got Kym! 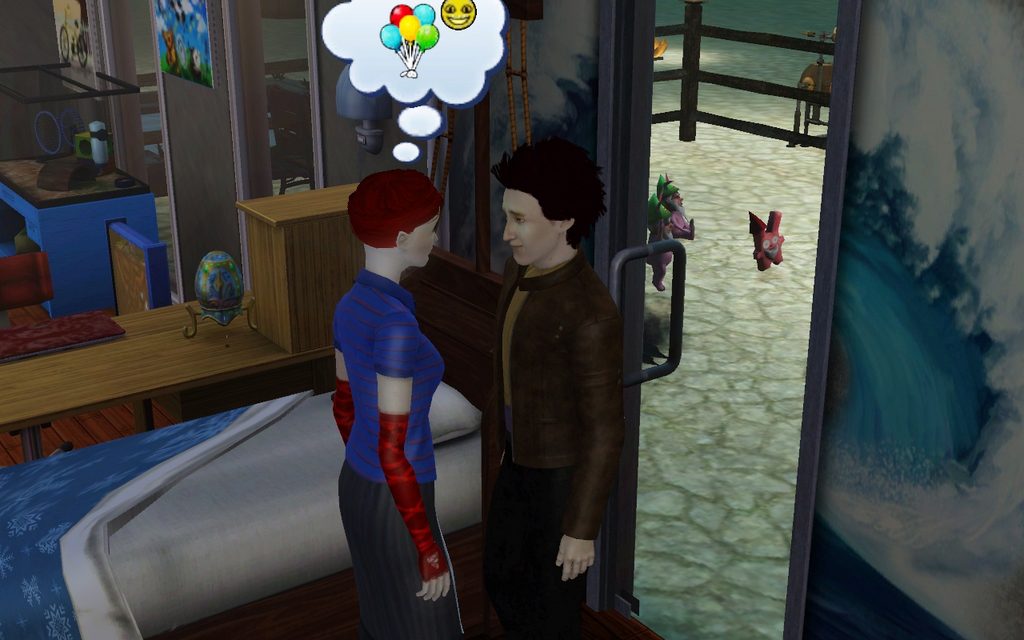 Miles: I want to marry her!

Teagan: This house has the best parties!