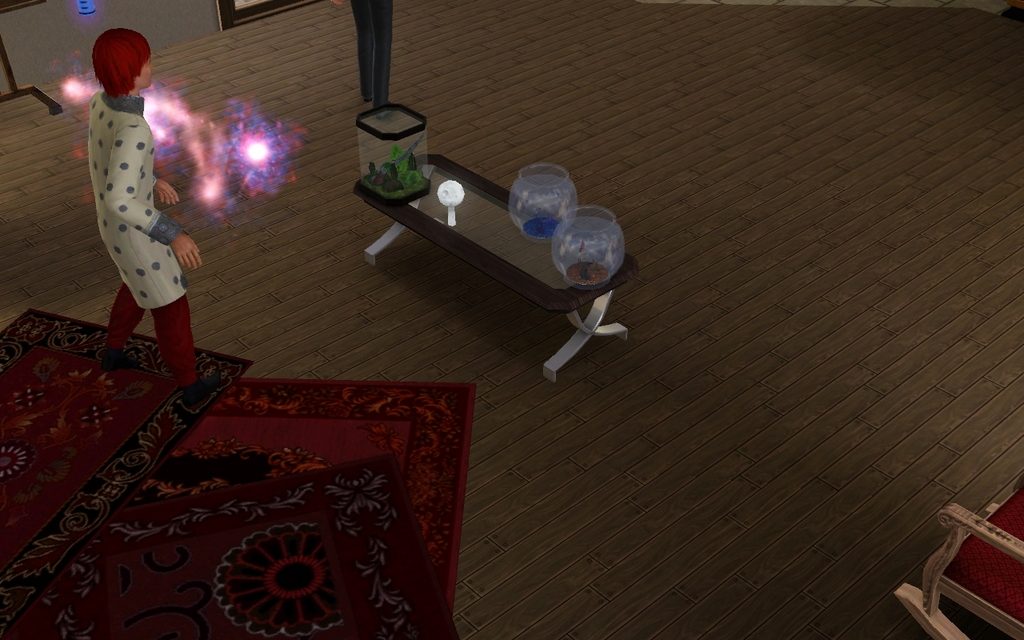 Last time we were in China. Now we are home again and Randolph is transforming things in other things. 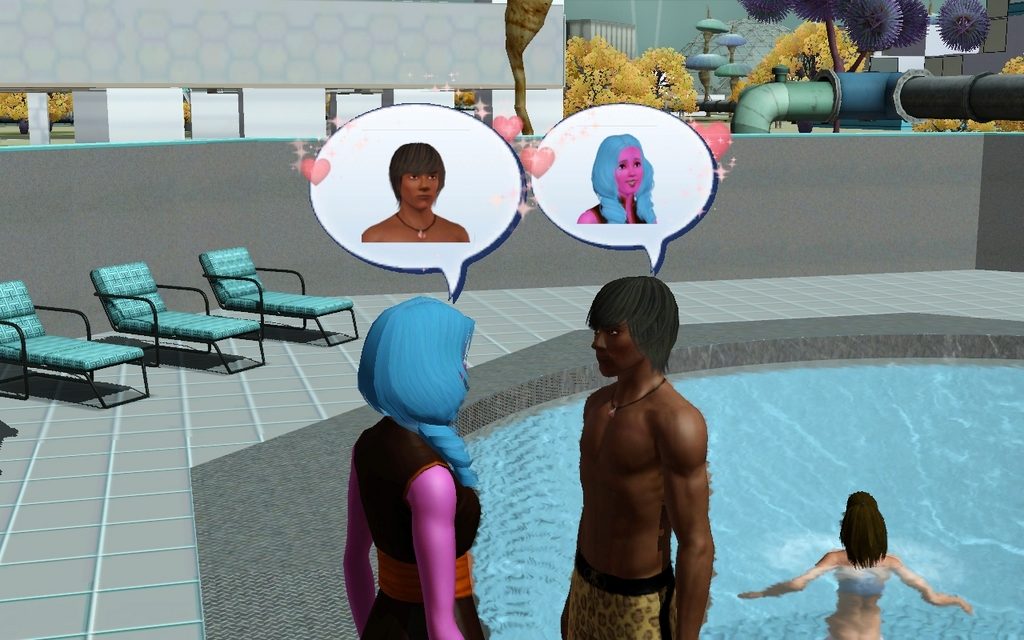 Beverly is spouse hunting. This looks good, but they start arguing one second later.

A herd of horses suddenly shows up. I send Shaoran to watch them, because he has the equestarian trait. 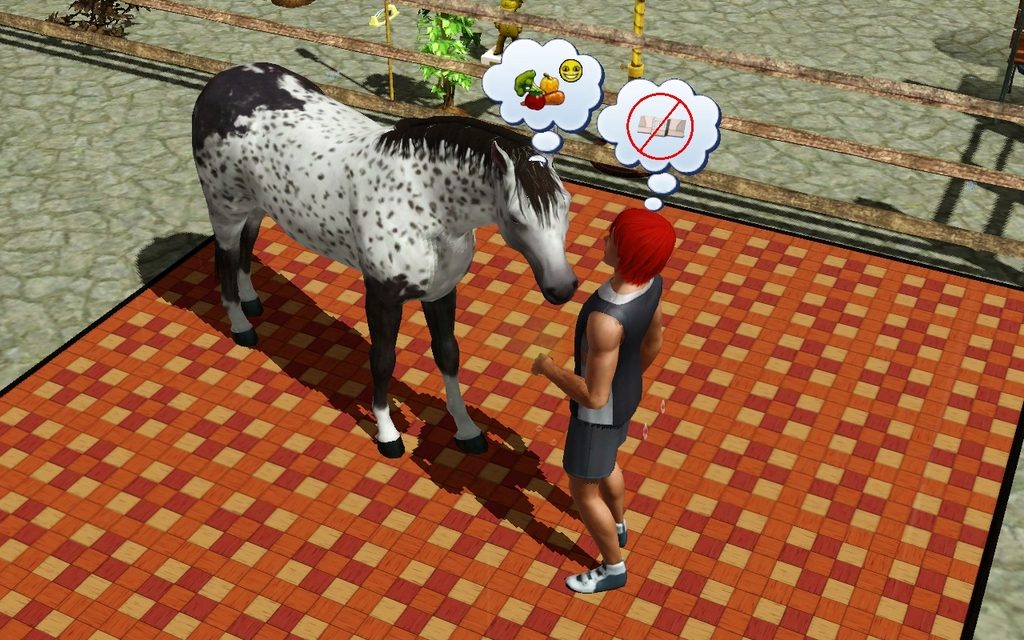 But they all mob Randolph for food. Weird.

(Yes, I caved and bought him a stereo. It´s already broken.)

Kym is at the park and needs some nice spells. 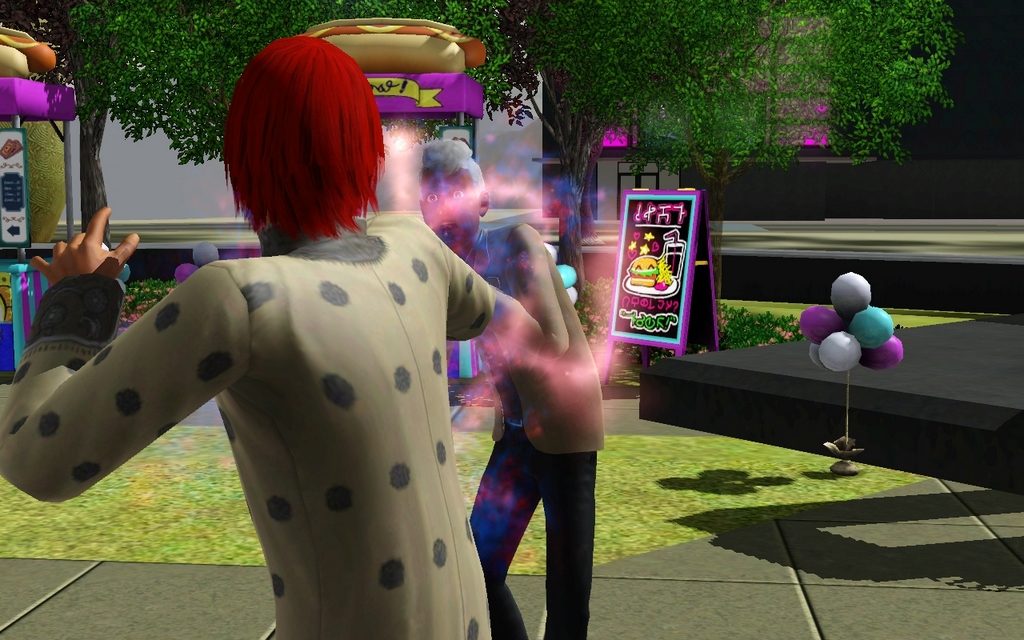 Kym: I didn´t ask for this!

Shush, this is good for you. 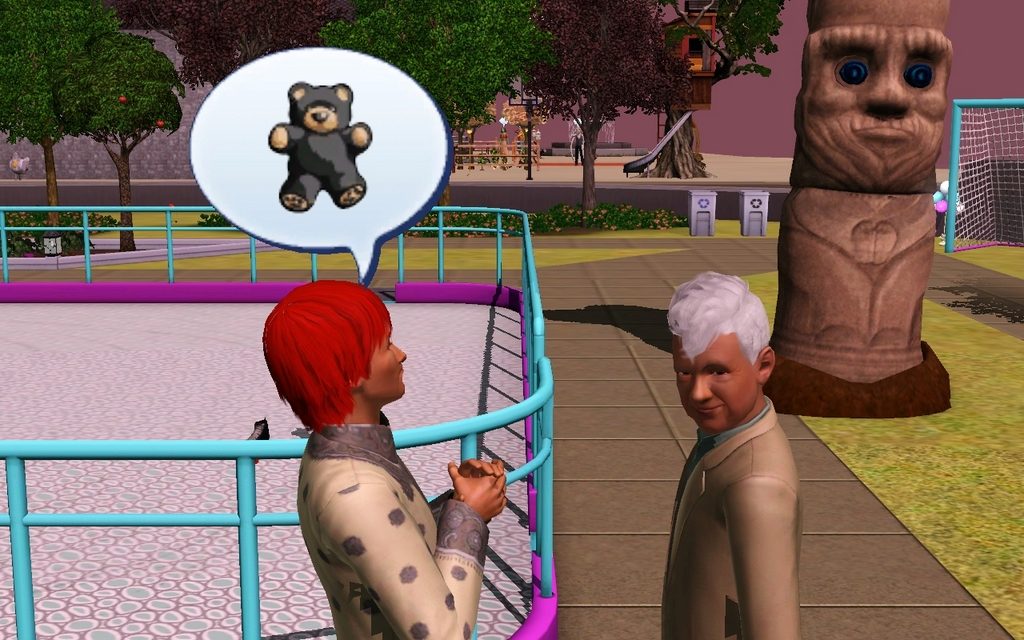 I just searched half an hour to find out how this interaction is called. No luck. They quiz each other? My sims do this all the time.

Random invisible sim on rollerblades in the background. 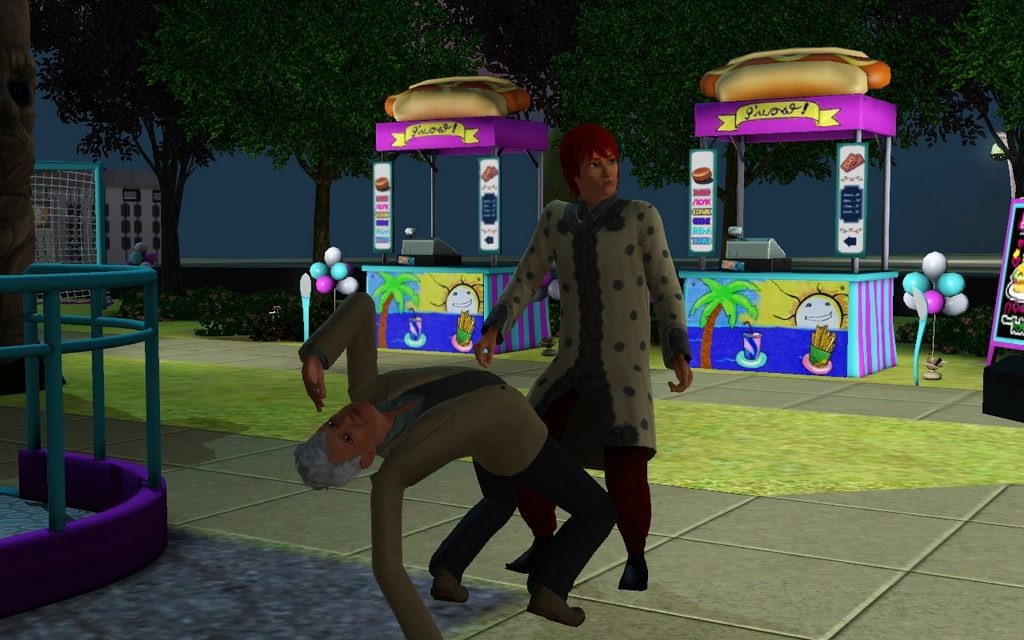 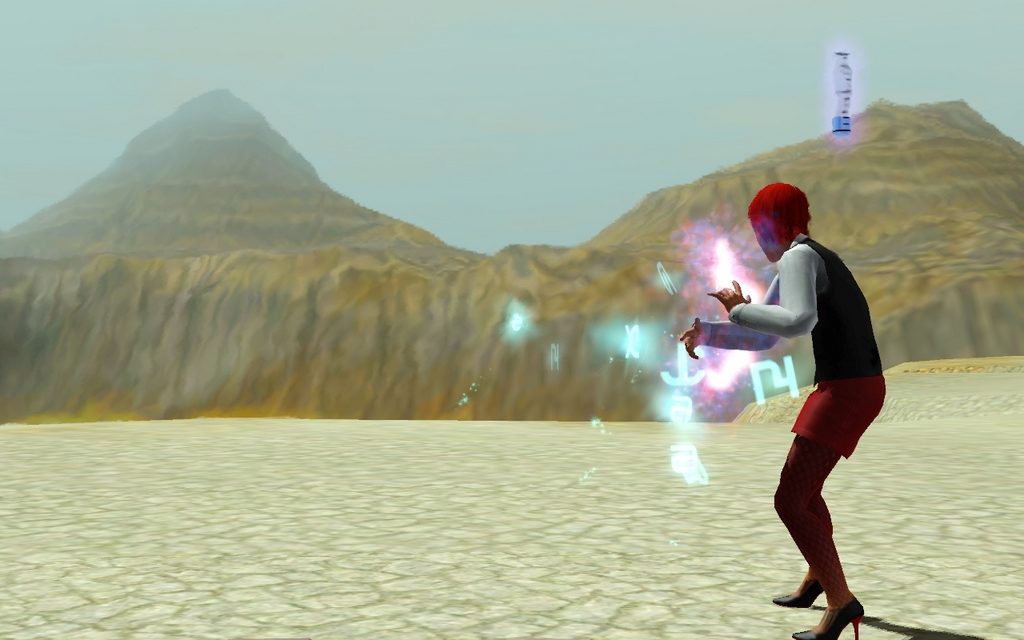 Practising magic in front of a view. Leveling up the magic skill takes a lot of time. 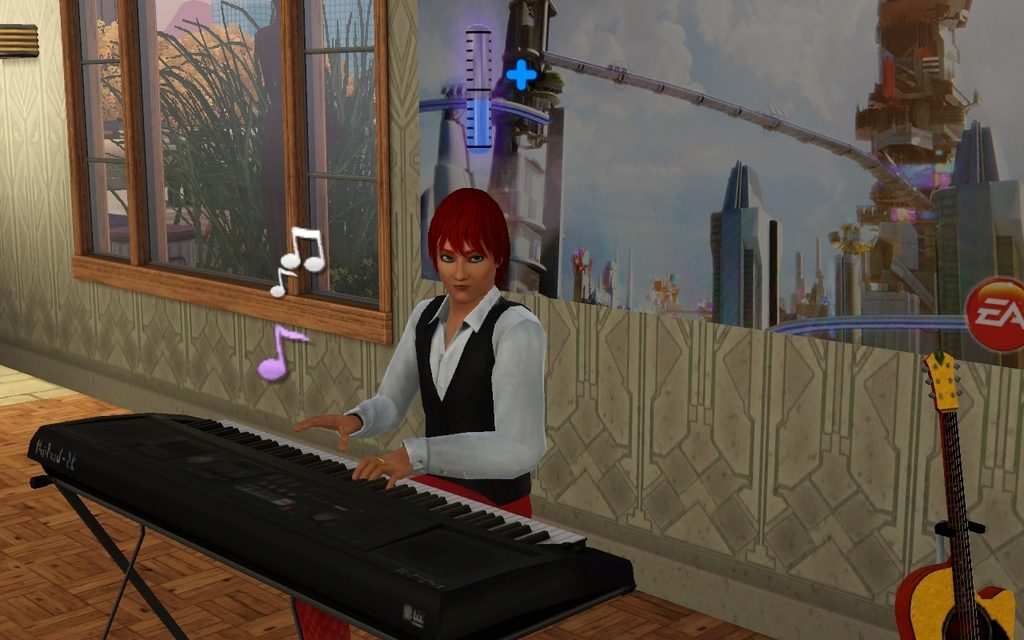 When I leave Randolph alone for a moment he tends to do random things, like learning to play an instrument or running for hours on the treadmill, or other non-trait related things. Do all insane sims do that? 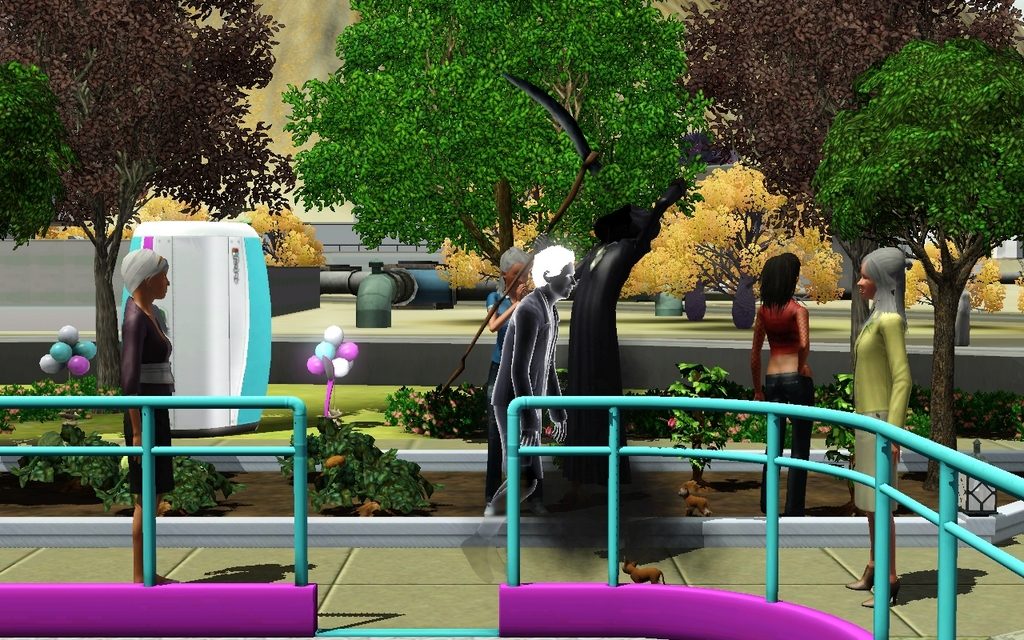 A random townie dies at the park. Fiona witnesses it and is sad for two days. You didn´t even know this guy!

Fiona: But it was so tragic!

He died of old age! 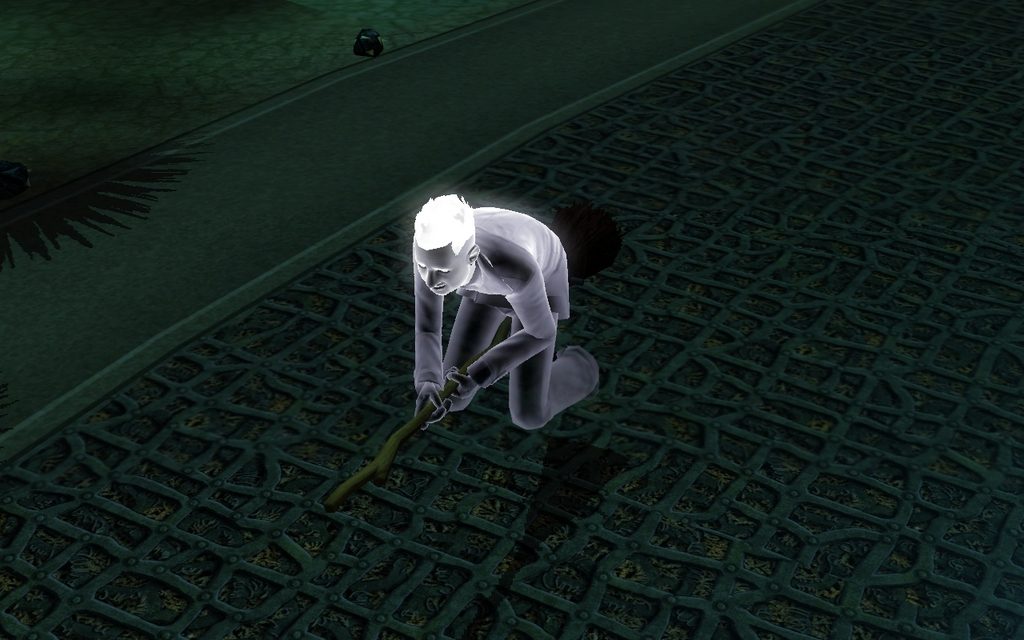 I never saw one of the ghost leave their lot, until Nathan does so one night. 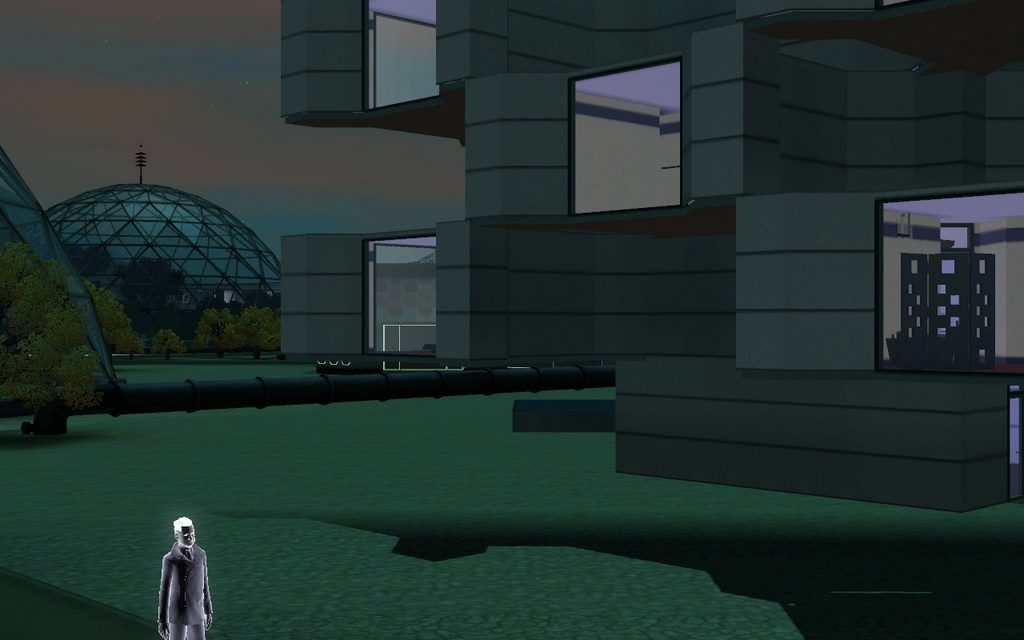 He goes to the gym, but then he kind of vanishes. 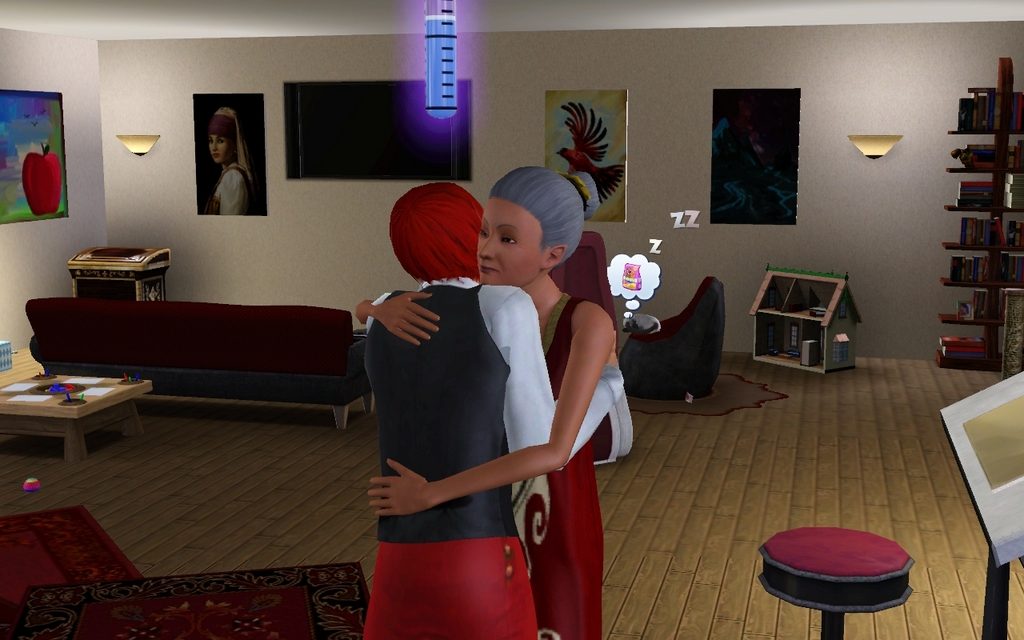 Fiona and Randolph are best friends.

But he doesn´t get along with Beverly at all. 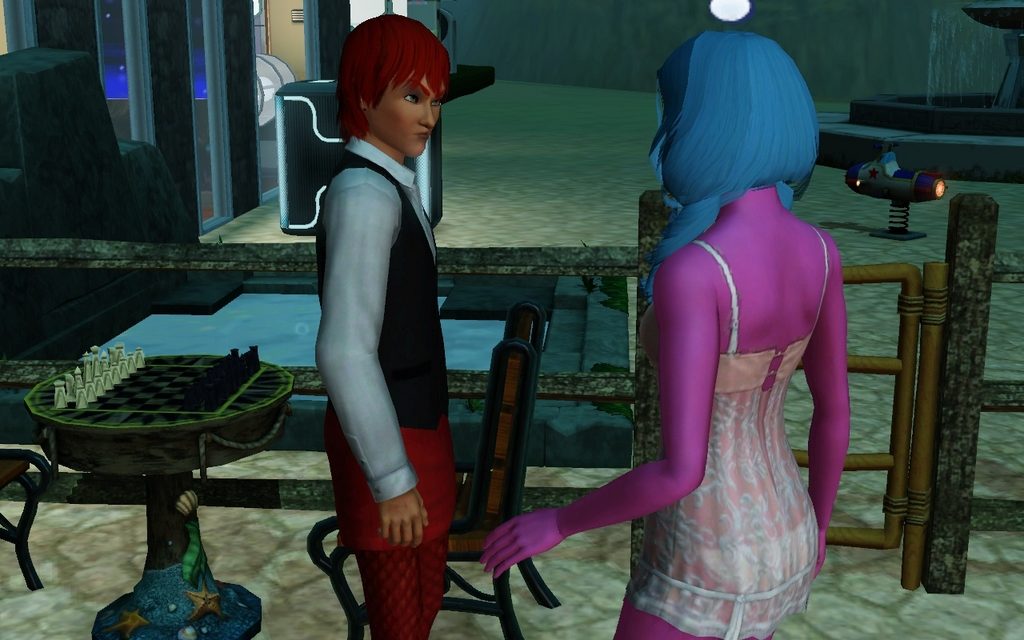 Well, no one really gets along with Beverly. 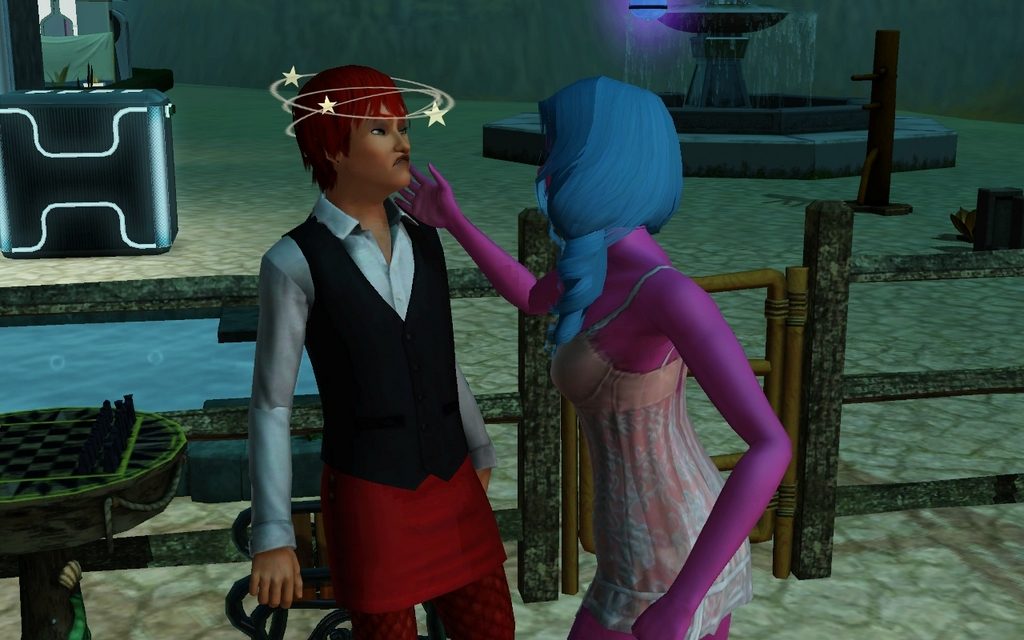 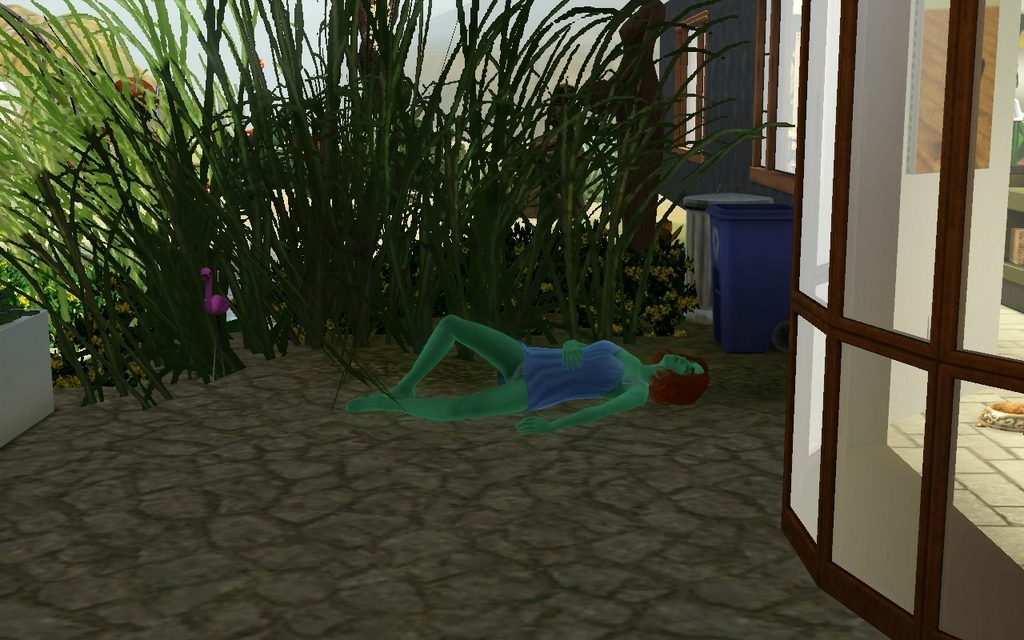 Catherine manages to stay in the garden long enough to collaps. 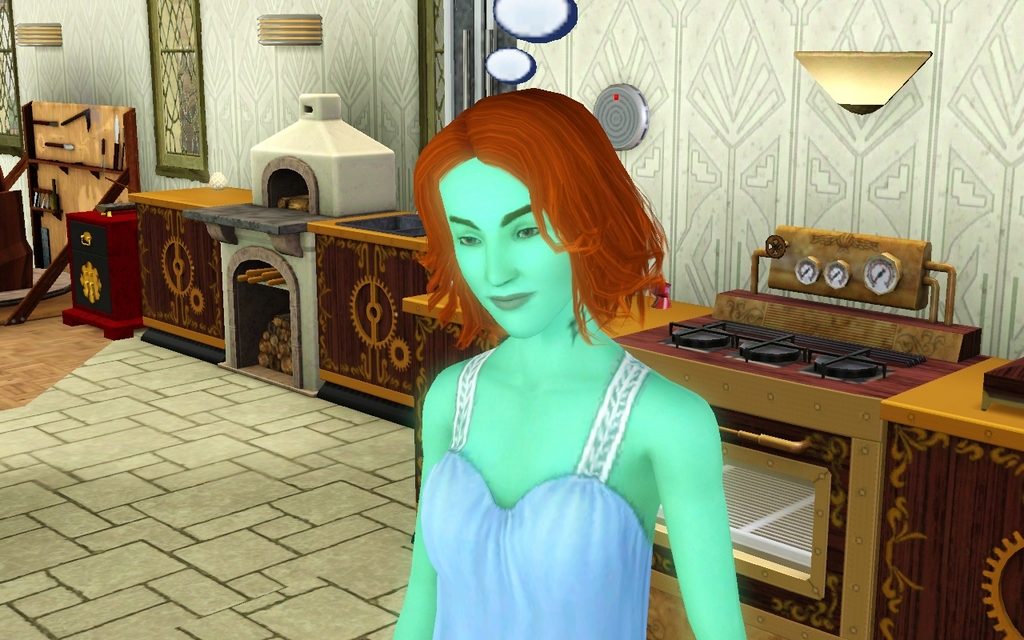 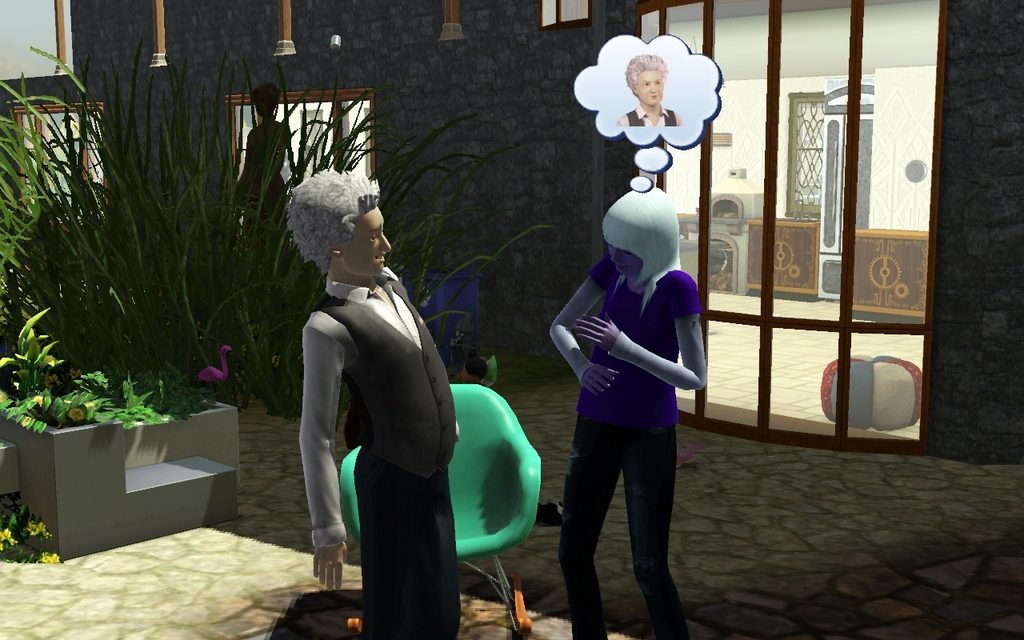 Will you stop that!

Miles: Yes, that´s why I will reject her in a minute. 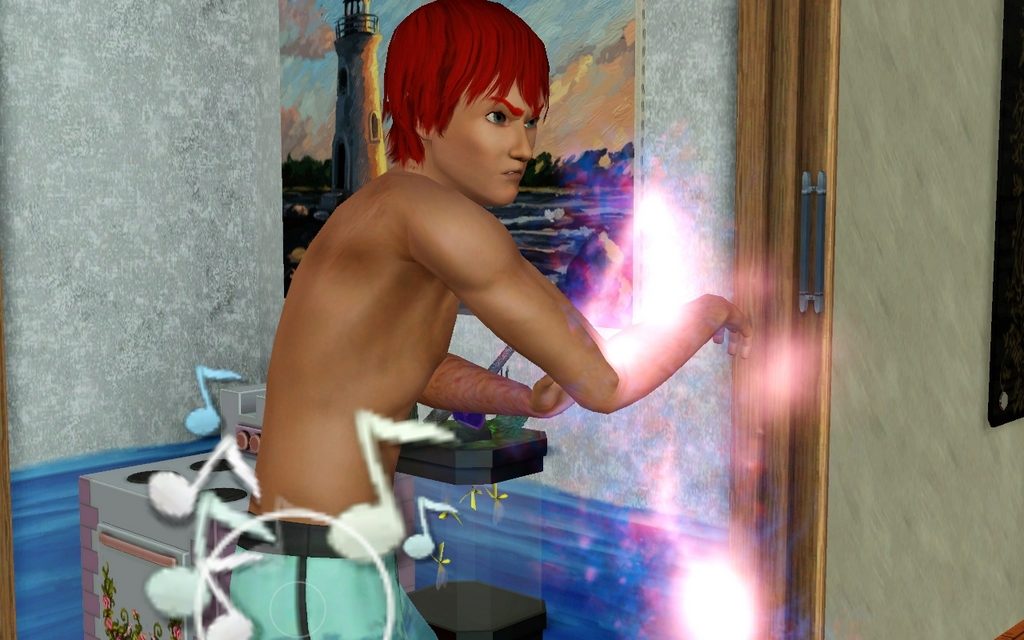 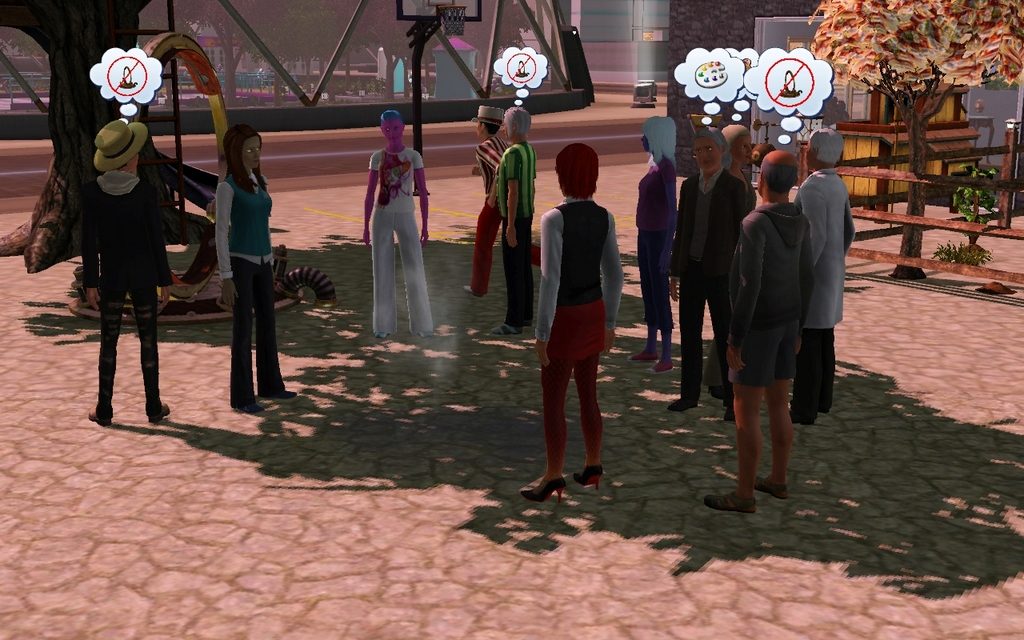 It´s not a good idea to do a fire spell on your own home lot, though. 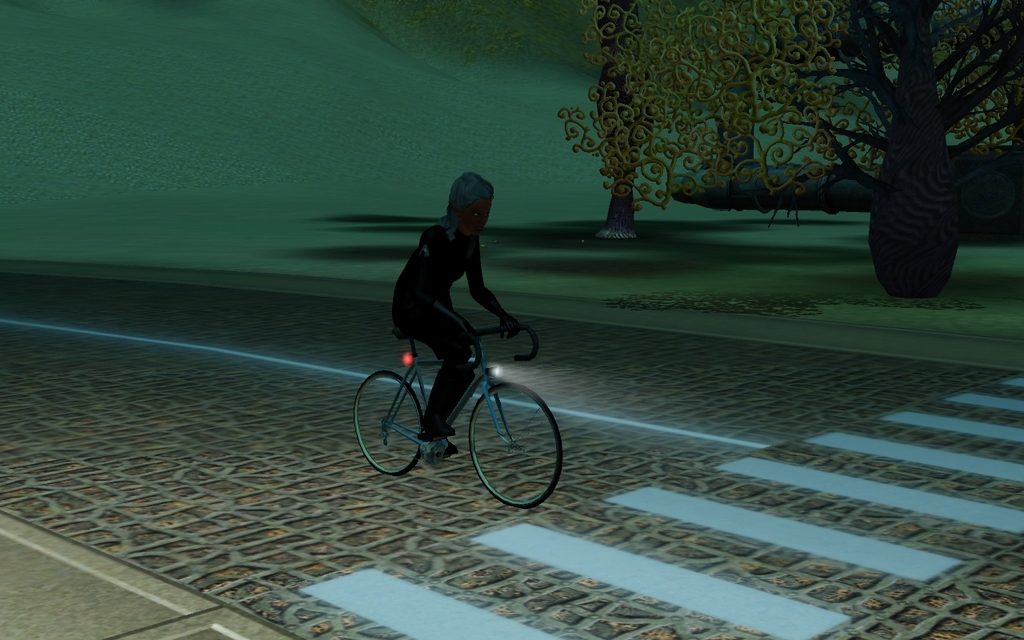 Here we have the empress of evil coming home from work on her bicicle.

You have two expensive cars and a flying hoover in your inventory.

Fiona: What? We have to think of the enviroment!

Yes, that´s the reason I bought you that futuristic hover car. It runs with garbage.

Fiona: Sport is good for you.

I got the notification, that Kym will die soon, so I sent Randolph over. 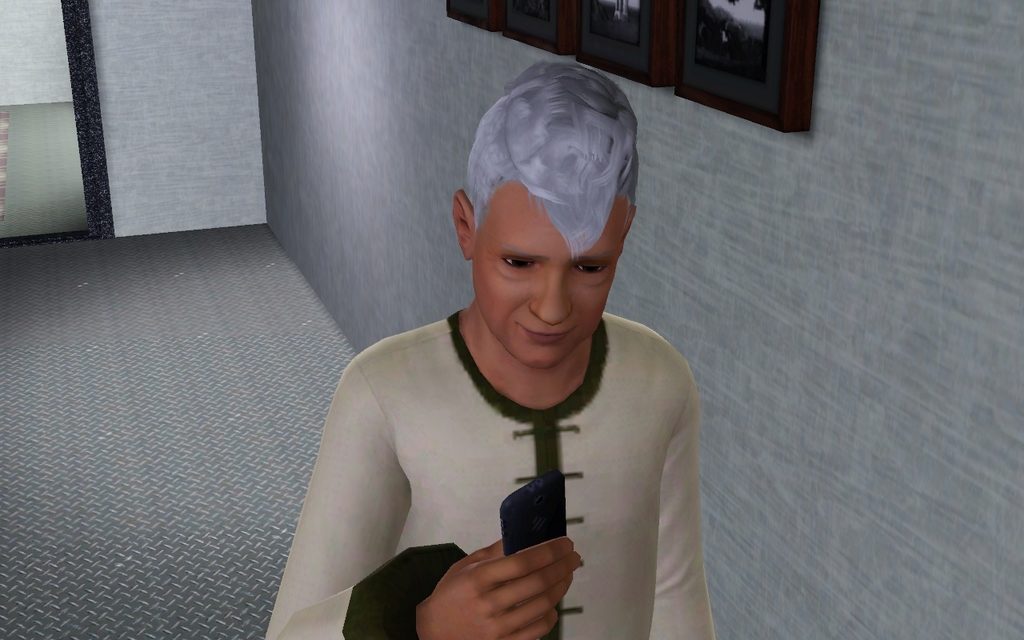 It´s kind of weird, but story progression never hooked him up with a new partner, after Teagan died. He´s such a nice guy! 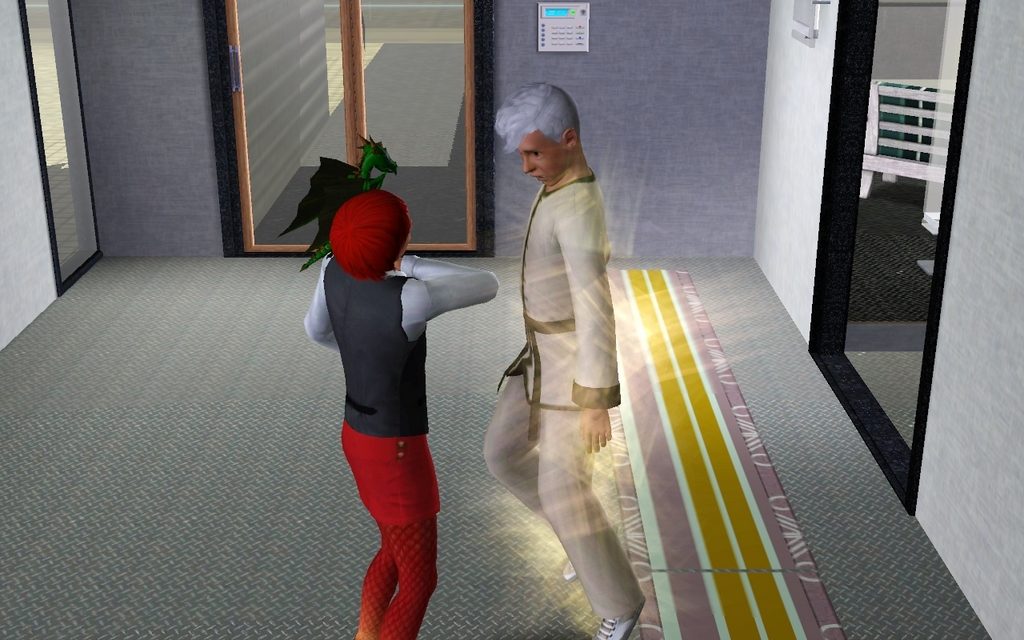 Kym: Not so fast. 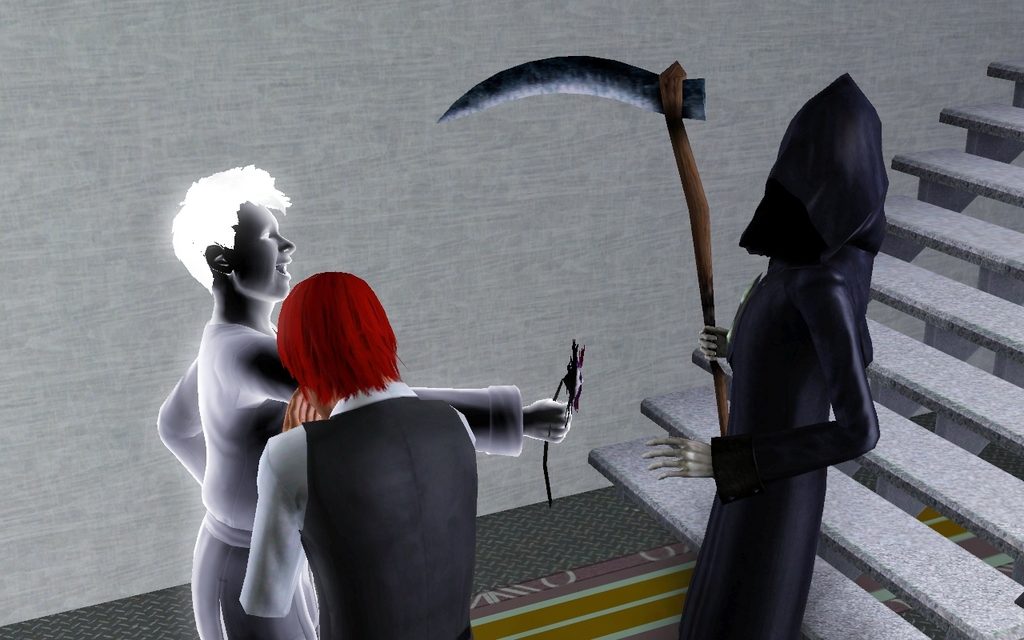 WHY did I give everyone one of those?? 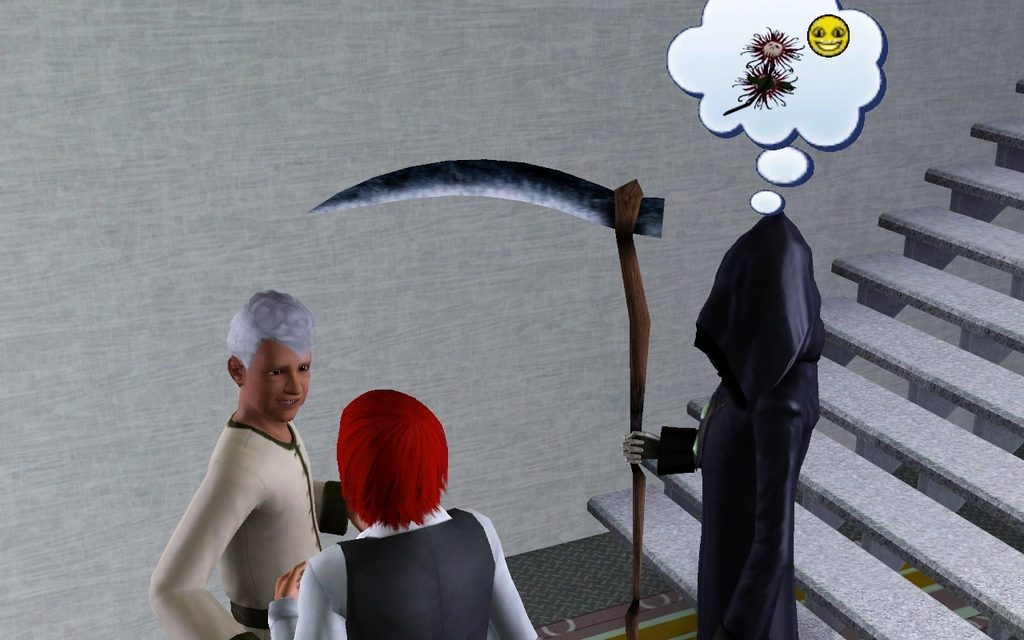