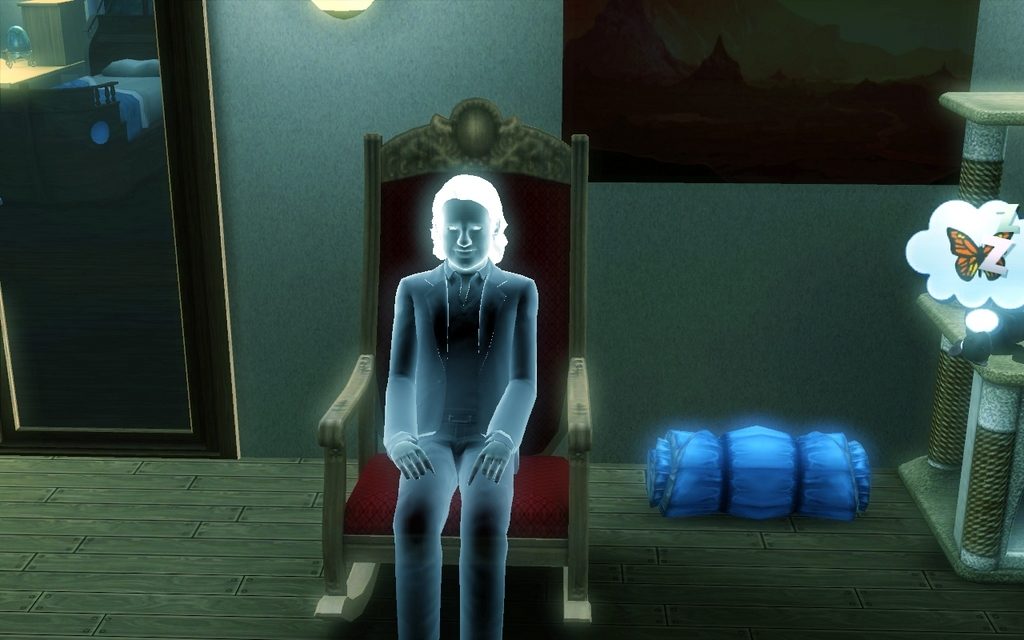 Last time Shaoran died, but he´s already back for a visit. 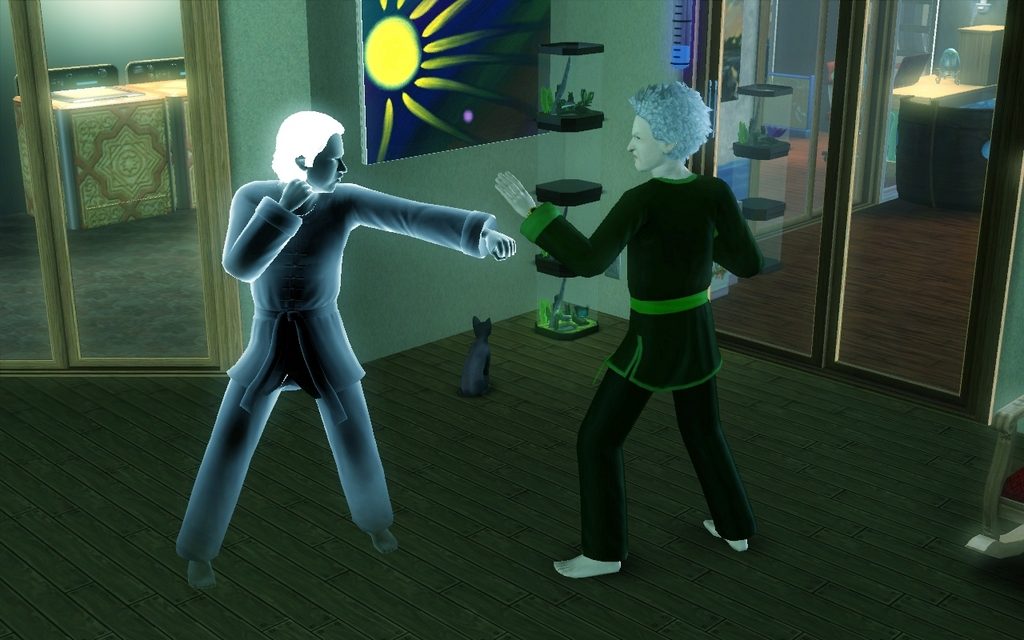 Miles rolled the wish to sparr with someone, so… 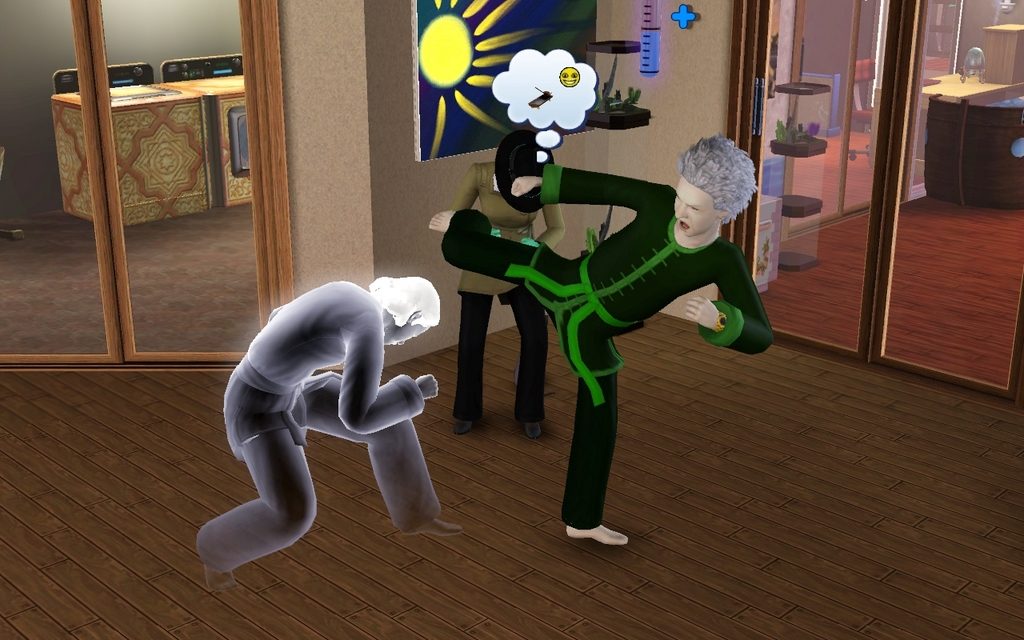 It takes a while. 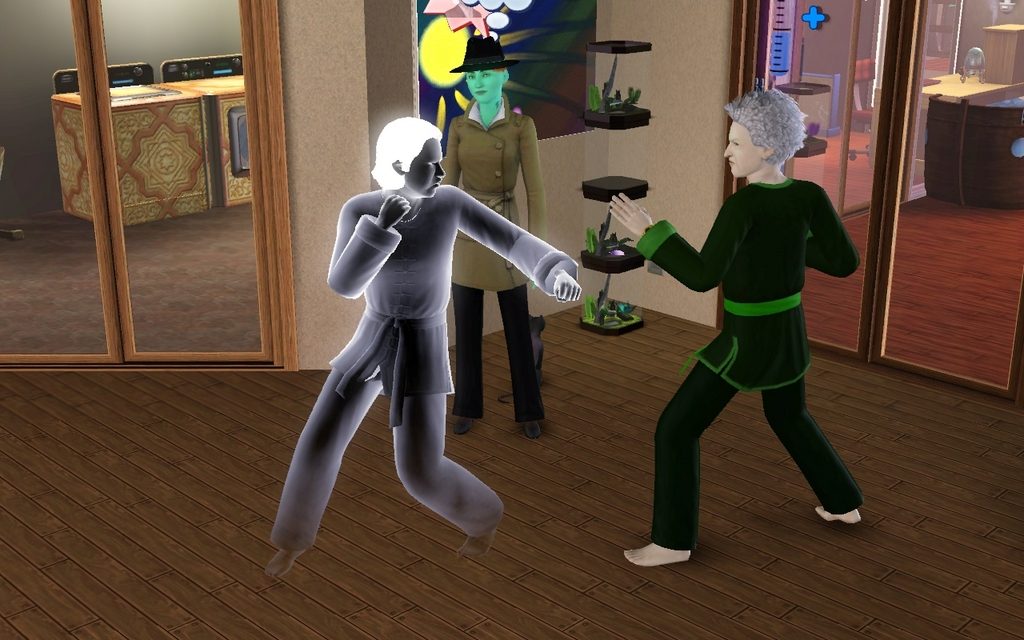 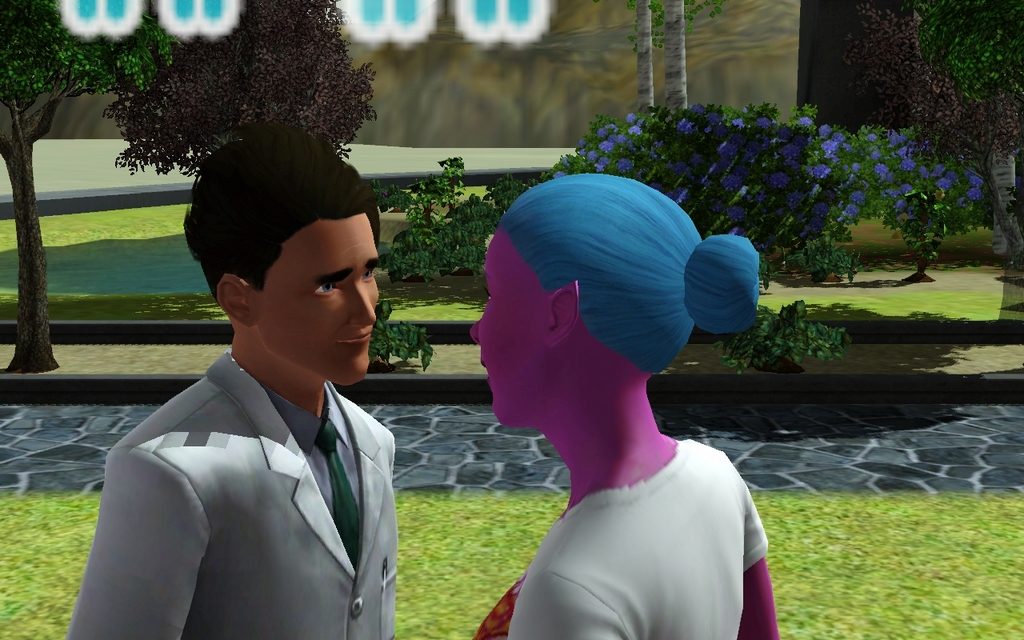 Beverly has an opportunity from work to give out flyers in the park. She meets this charming guy, who returns her attraction, doesn´t feel repelled by her after two seconds and is SINGLE! 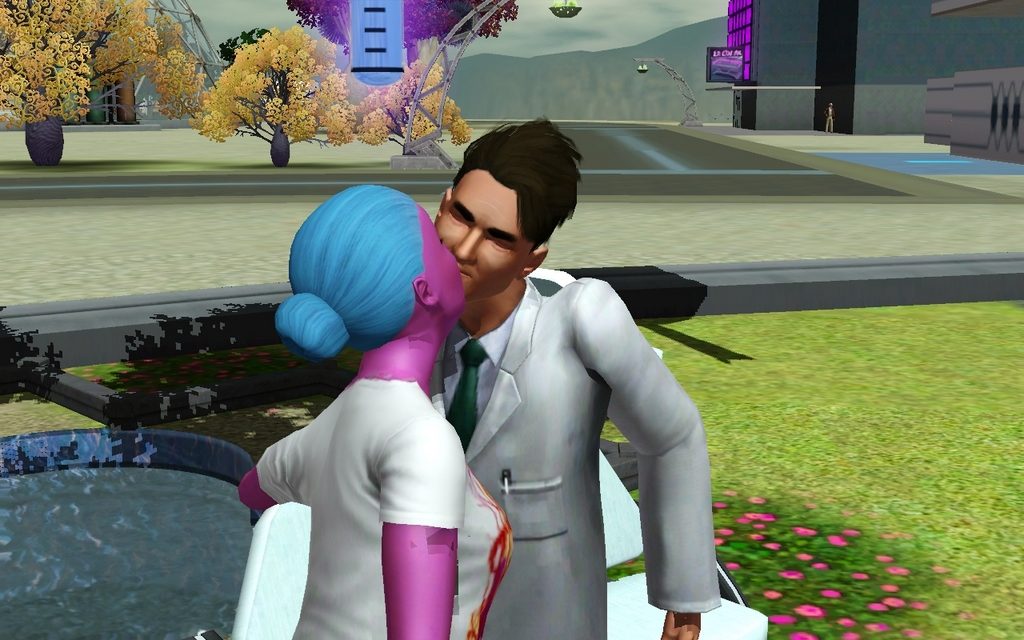 Go for the kill, Bev! 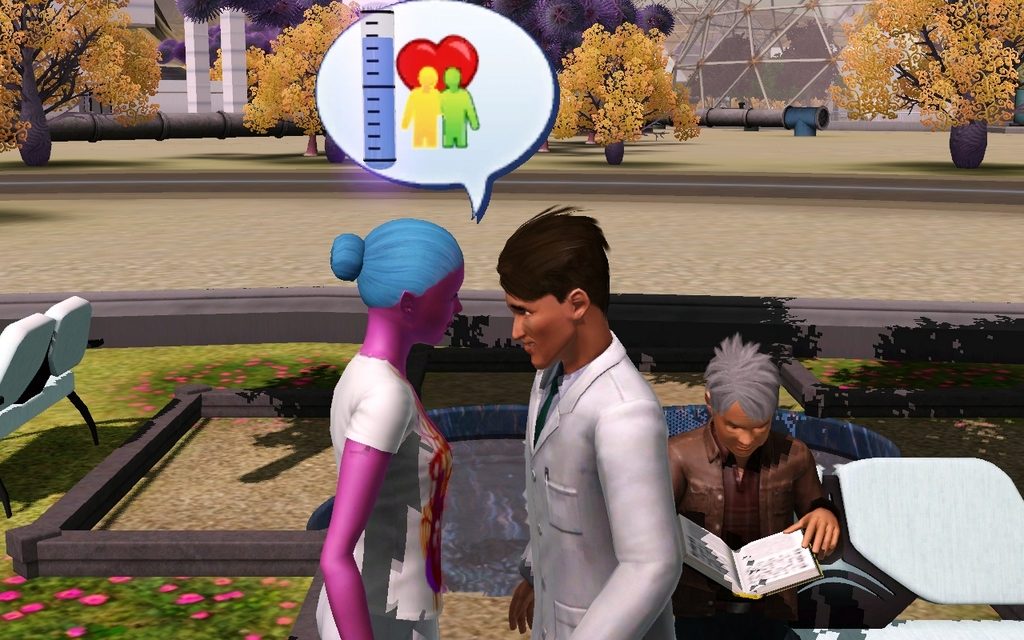 And now he´s ours. Moved in and everything.

His name is Wigbald Landgraab-Riese (I don´t know, how my game comes up with these names), he´s athletic, a diva, frugal, a cat person and good, of all things. Well, he shares two traits with Beverly, frugal and diva, and obviously only a diva can tolerate another diva. But Bev is evil. Could be interesting.

His lifetime wish is seaside saviour, which could be a bit difficult in Lunar Lakes. He´s also already Level 6 in the science career, so perhaps I´ll change his LTW to creature-robot crossbreeder if he gets enough happiness points. 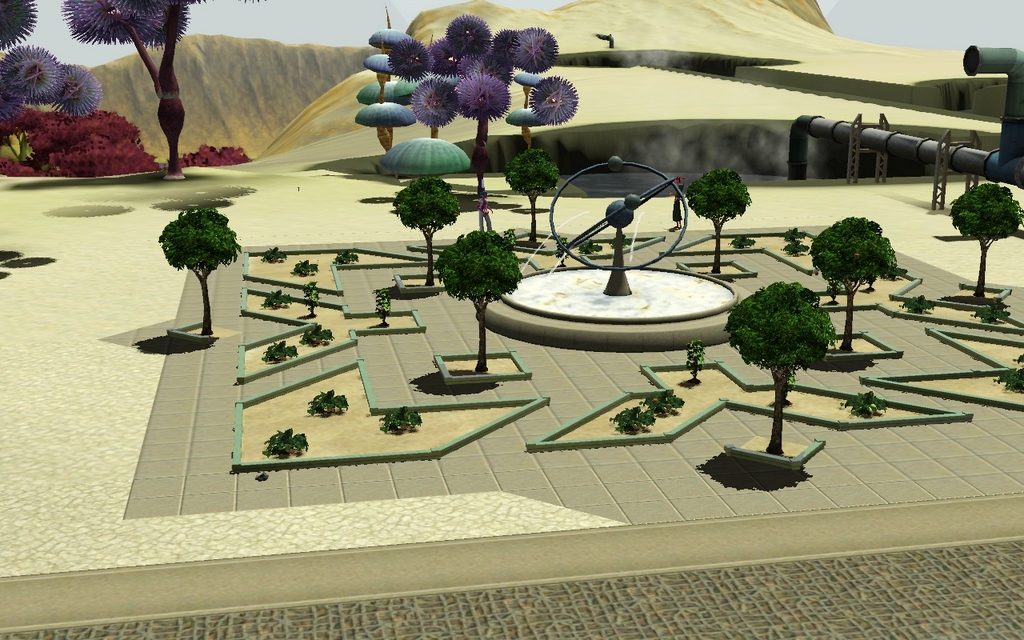 Another park for a flyer opportunity. She has to give out five, but only two people show up. Becoming a famous actor is hard. 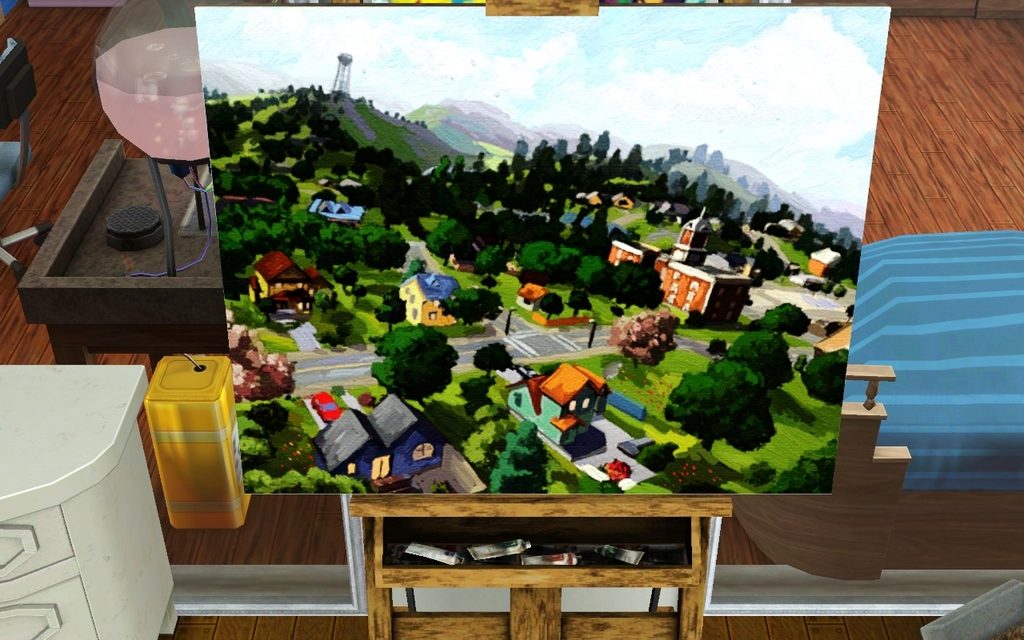 Fiona paints this picture of Sunset Valley. I should play there again… 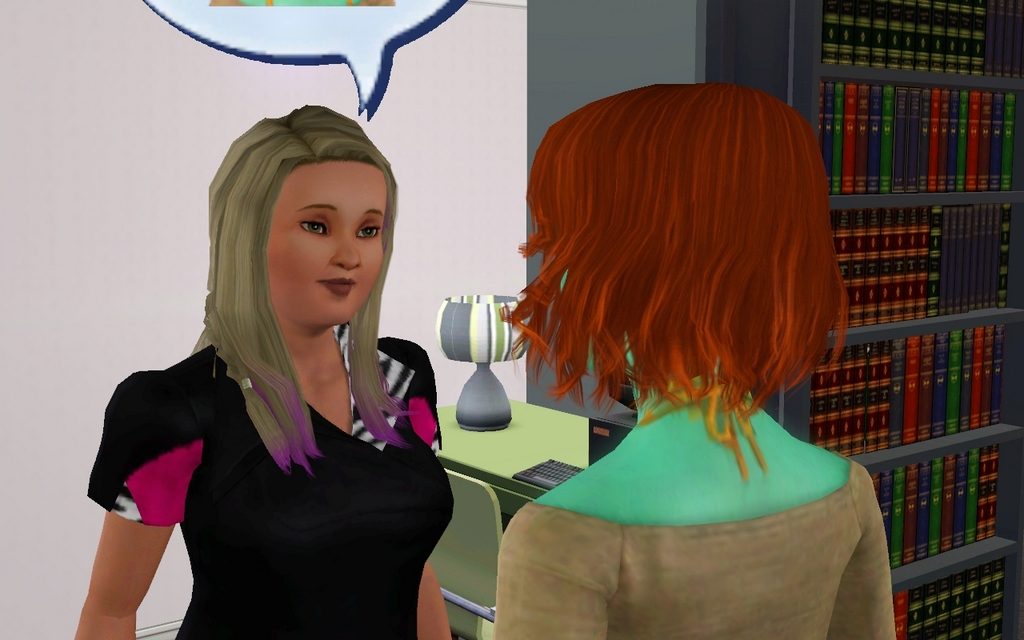 The last single is Catherine. I plopped some sims in town for her, because everyone is married! Cathy is bi, but she rolls more wishes for women.

This is Mary Dragonfly, a second generation djinn. 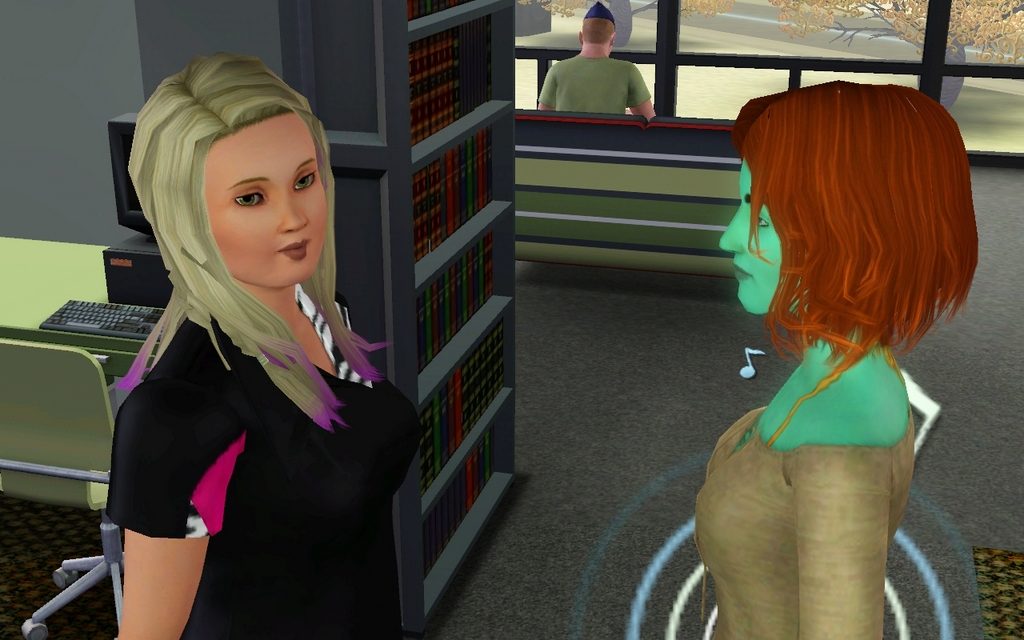 Cathy likes her a lot, but she isn´t responsive at all. 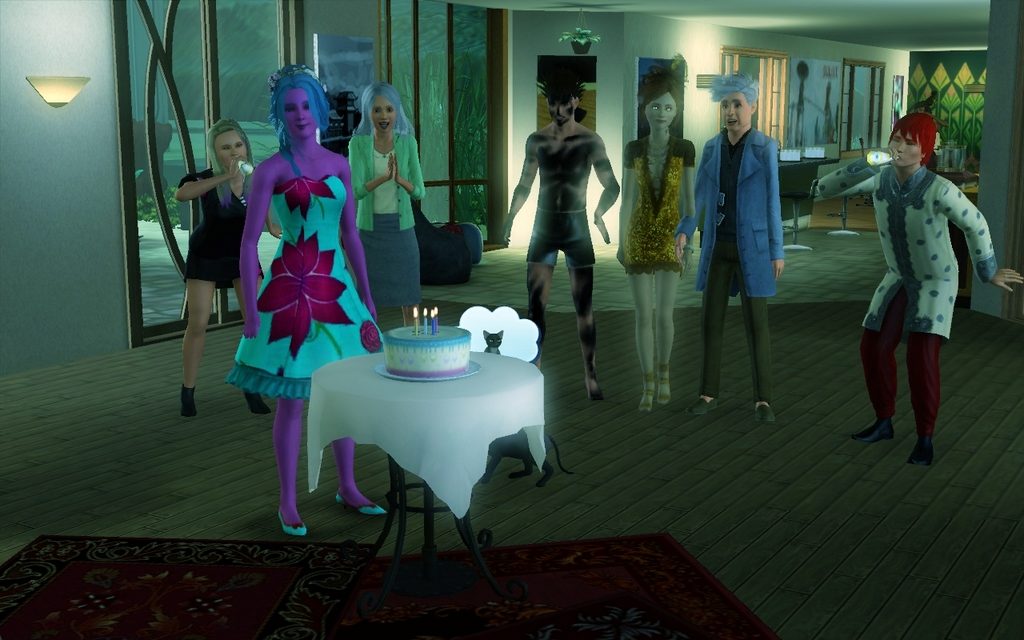 Beverly ages up. Catherine won´t, for a long time. I have vampire aging on, but their lifespan is really long. 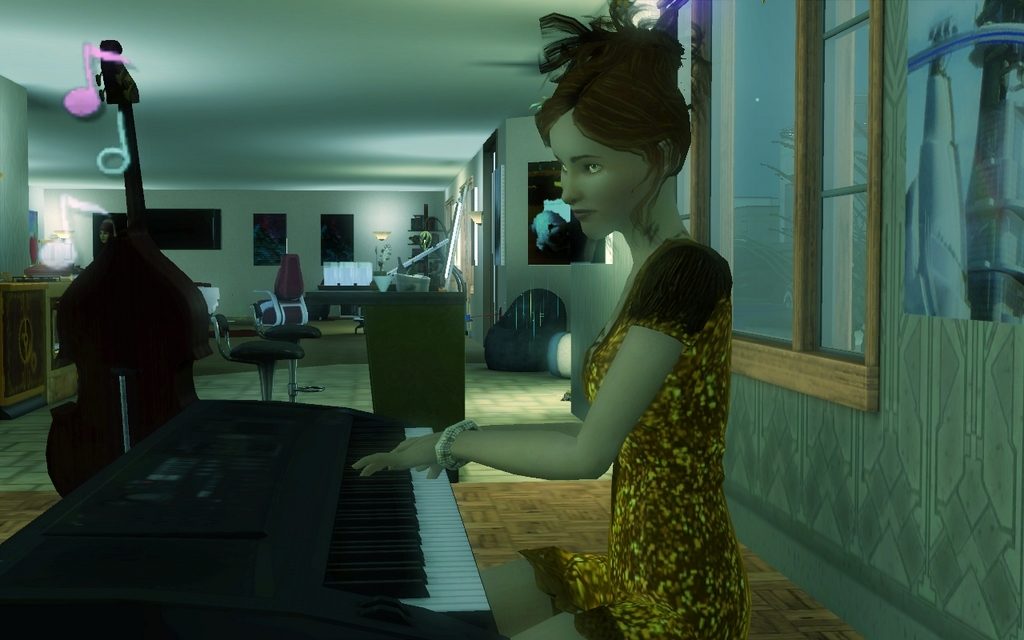 This vampire is waiting for her elderly husband, who still works as an astronaut. 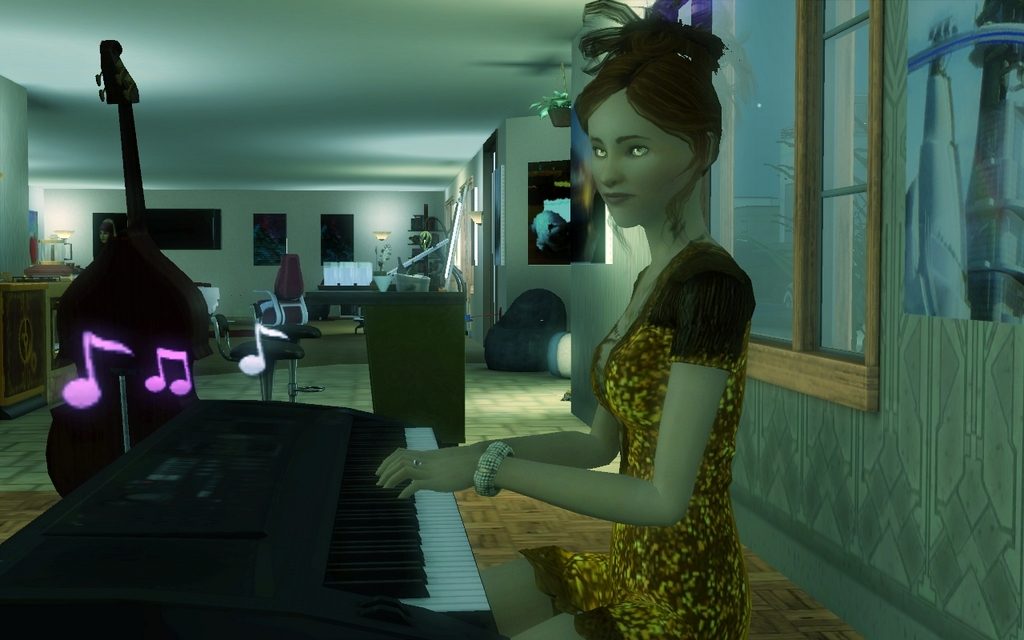 His lifebar is full. It´s just a matter of time. 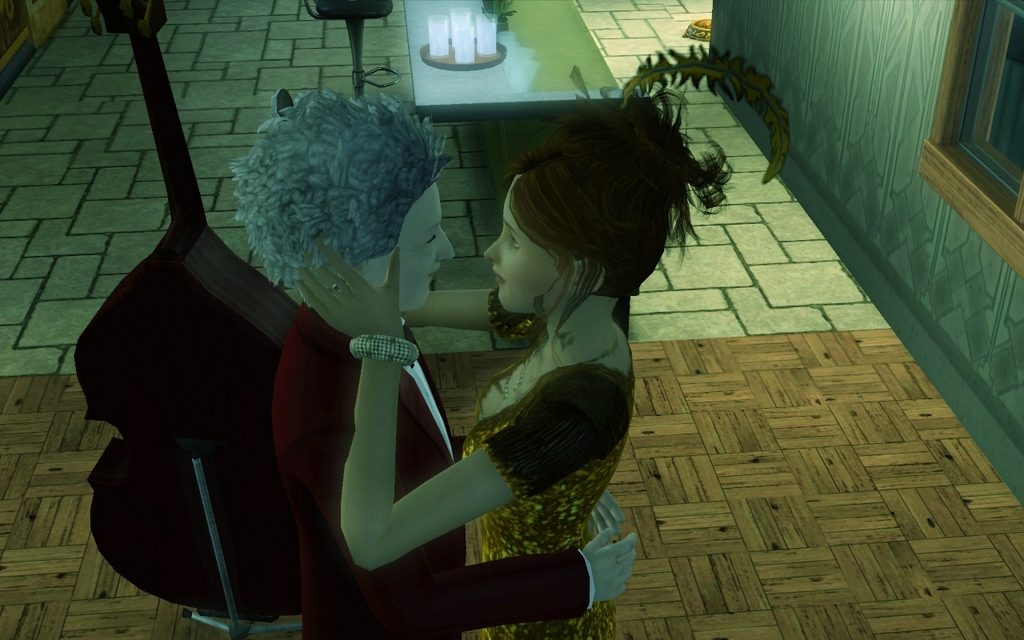 They do things like this autonomously all the time. 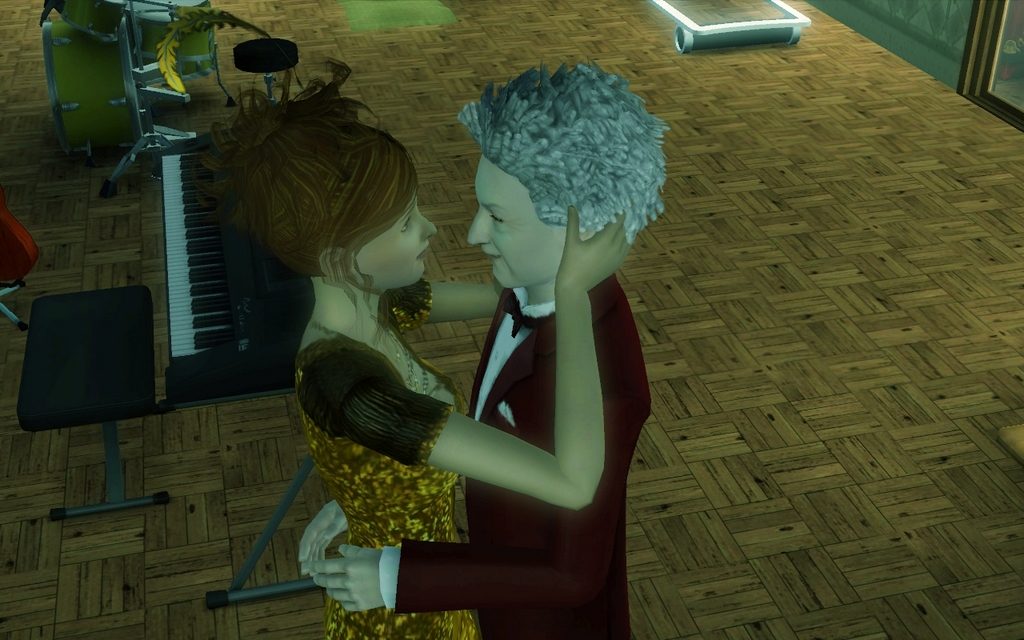 Grumpy Miles really lucked out with his wife. 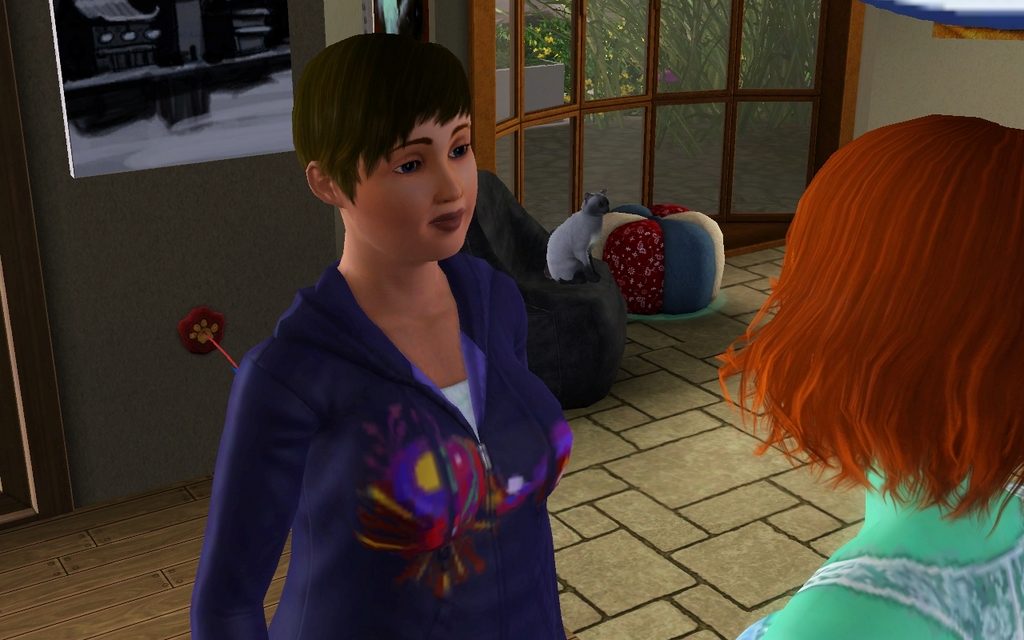 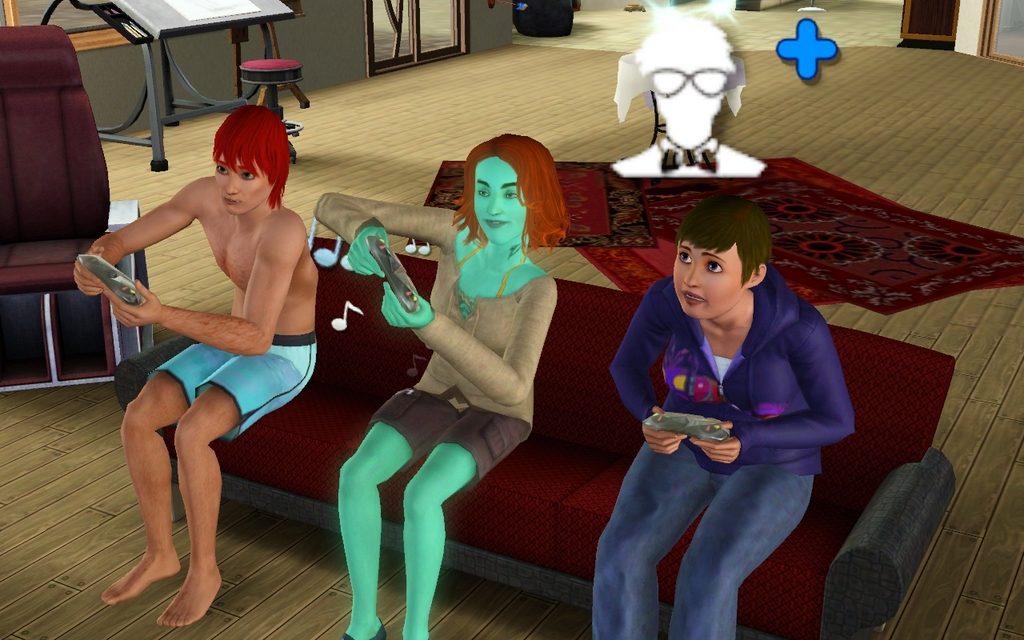 As a couchpotato, she instantly makes herself at home. 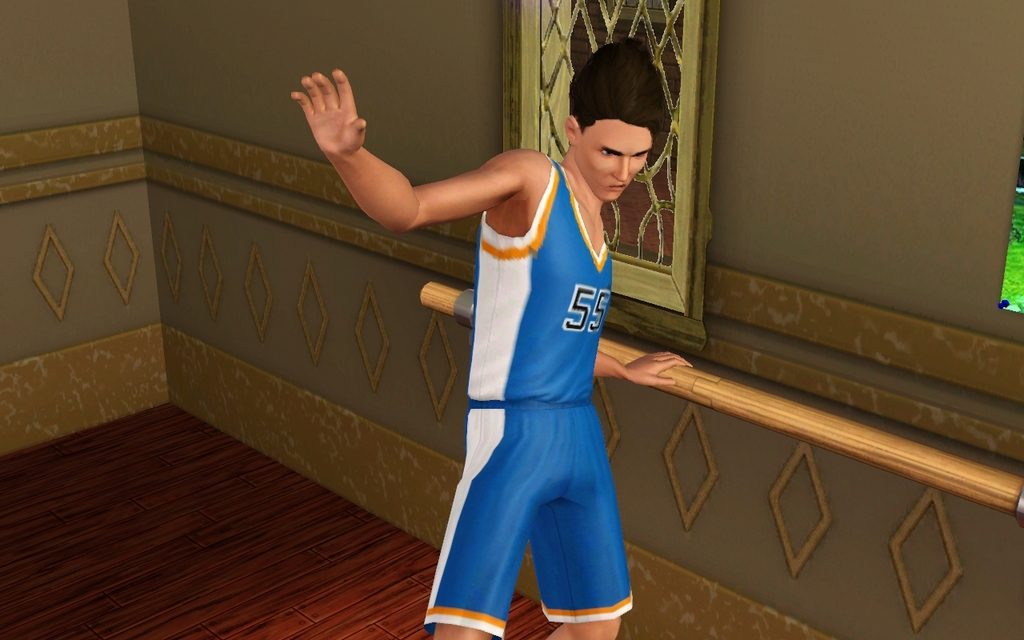 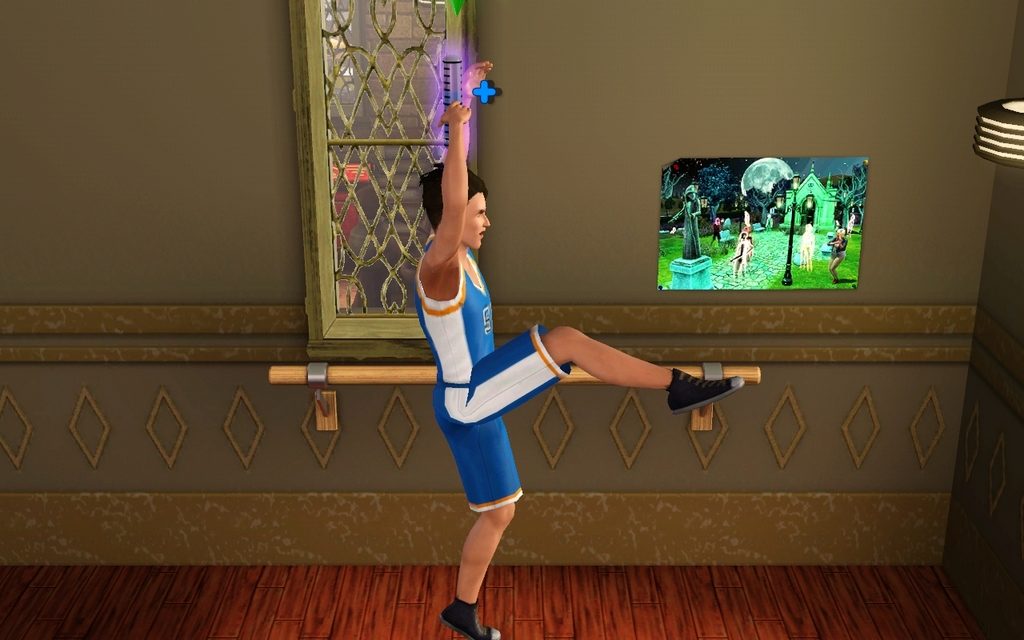 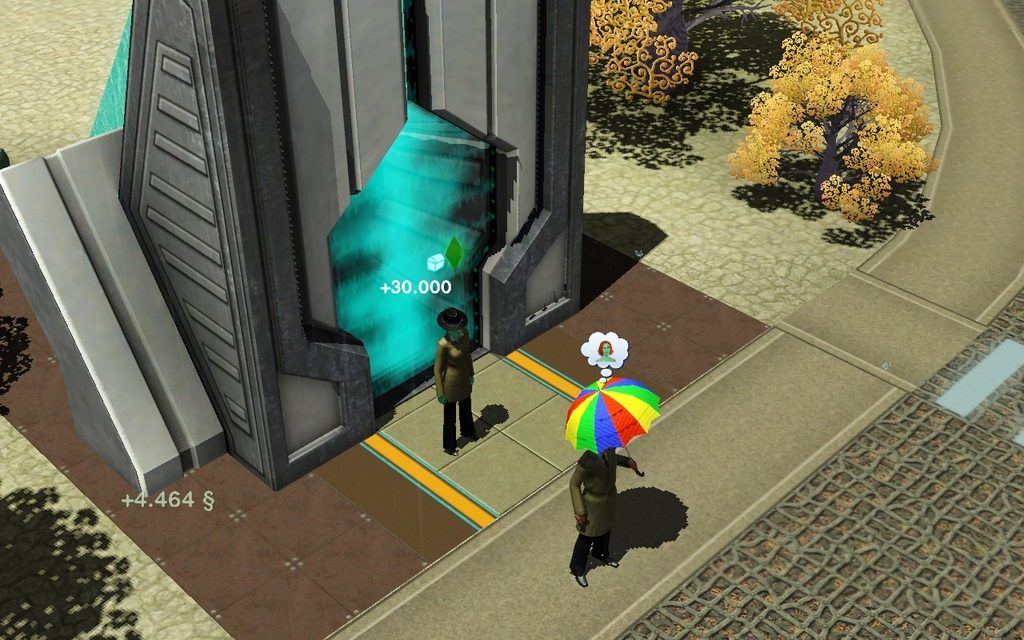 And Catherine reaches her LTW. She´s a star news anchor! 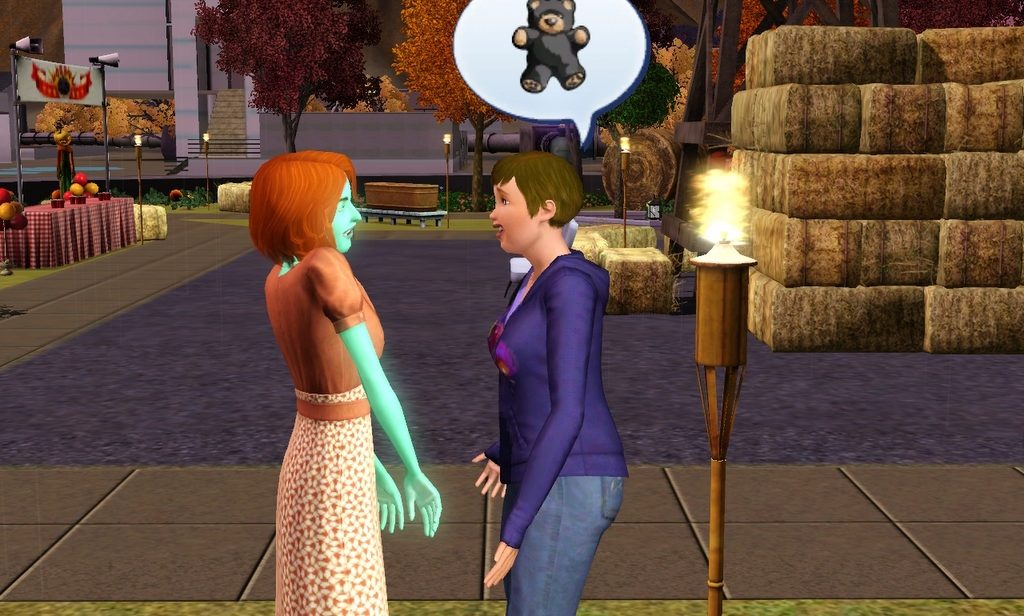 As a reward, she meets Isolde at the festival. Things are going well. 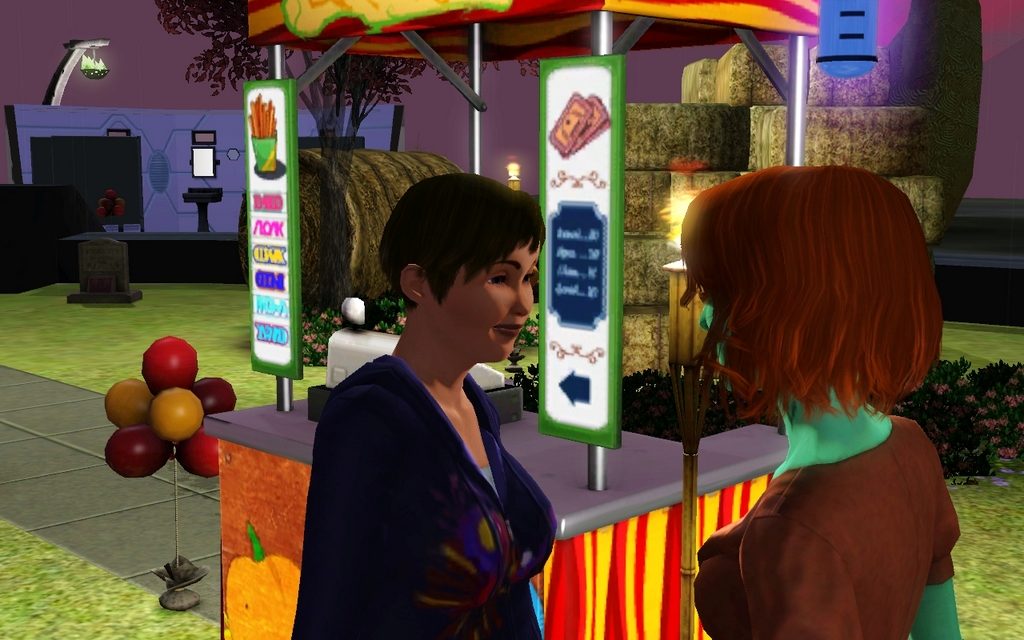 Aw, I missed the shot of their first kiss. 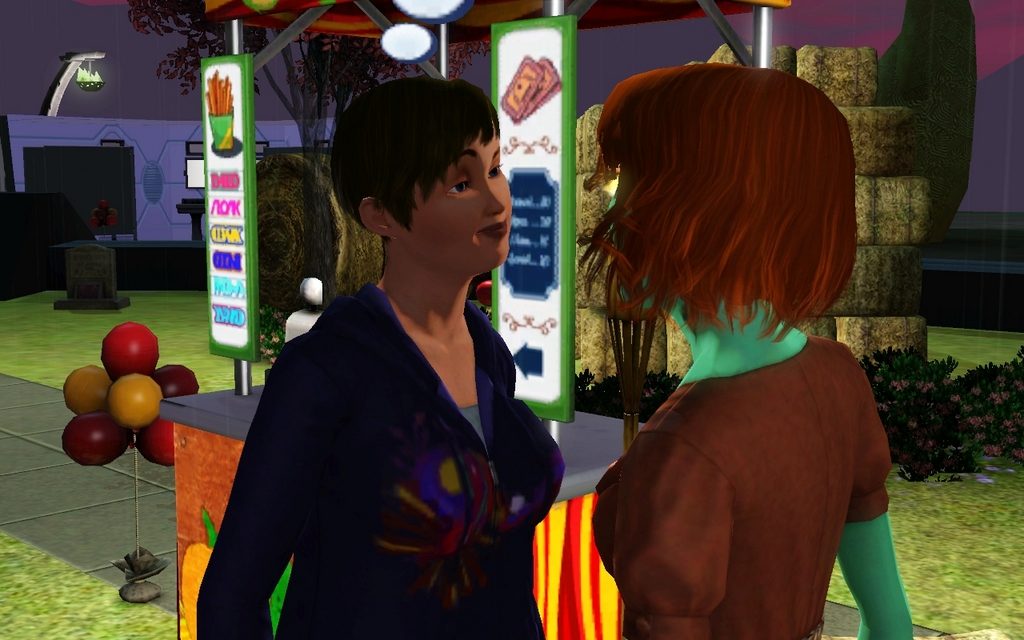 Isolde: Sooo, any ideas how to spend the rest of the evening? 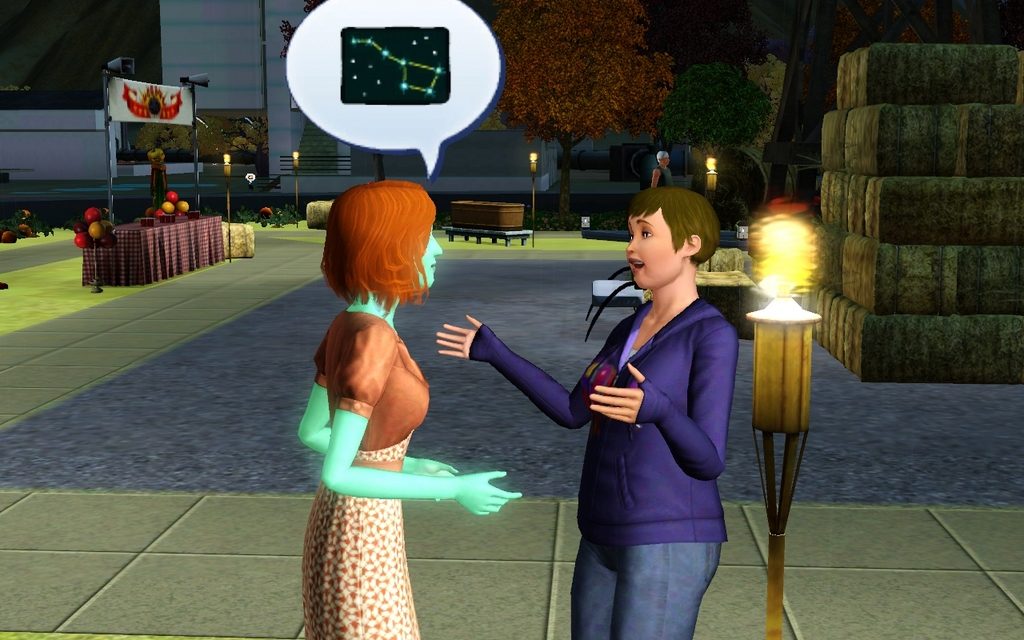 Catherine: How about stargazing?

Isolde: What a splendid idea! Just what I had in mind!

Isolde has to go unfortunately, so Cathy is stuck with Fiona. 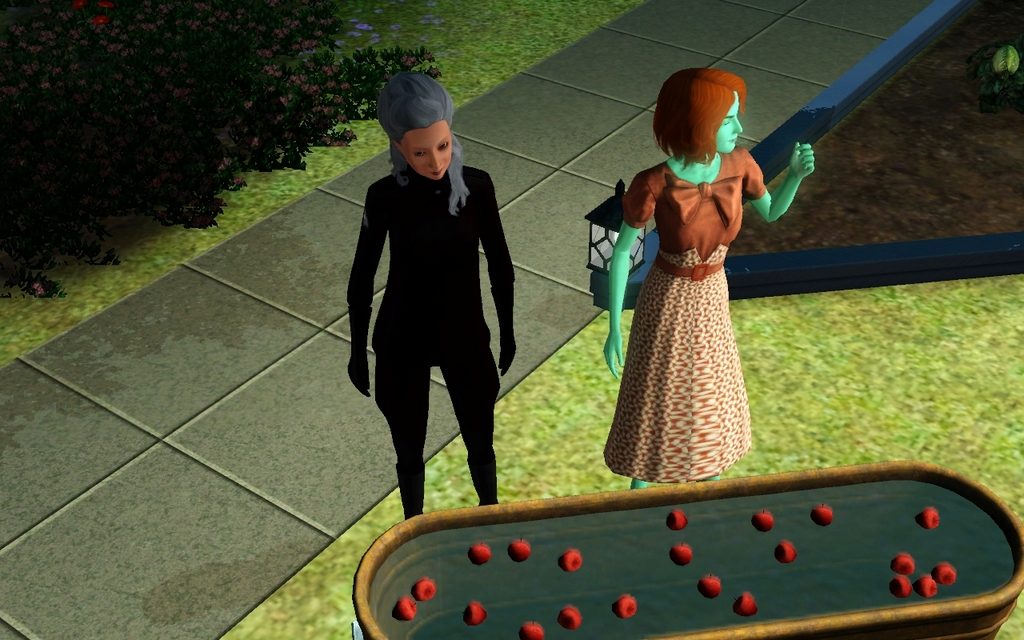 Catherine: I will so totally beat her!

Fiona: We´ll see about that. 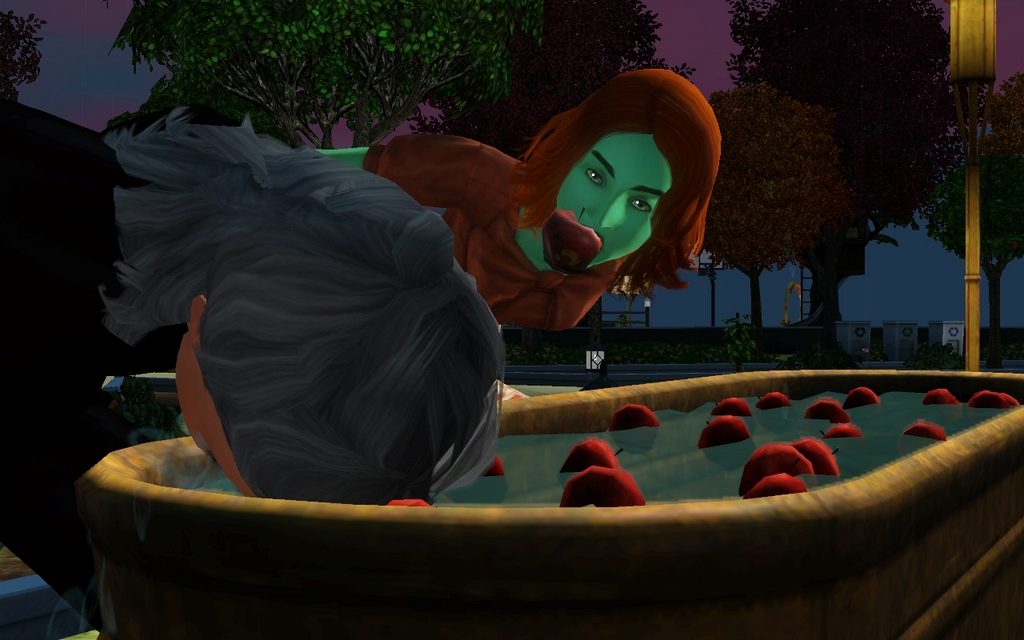 I took my ages to get this shot.

Catherine: That´s just because I couldn´t get the apples off my fangs!