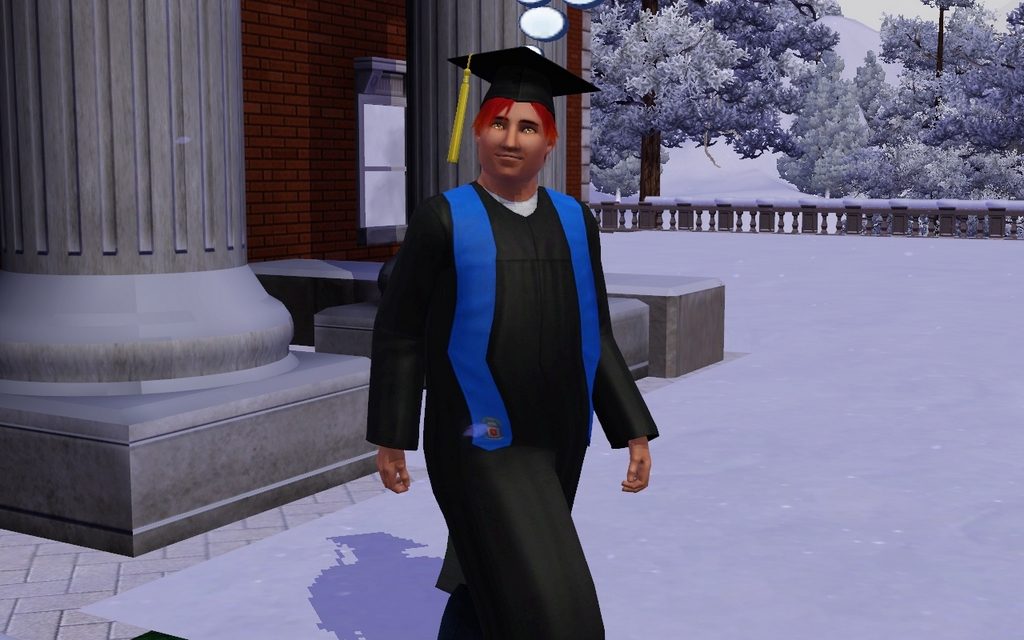 Conall aged up last time, so now he graduates! 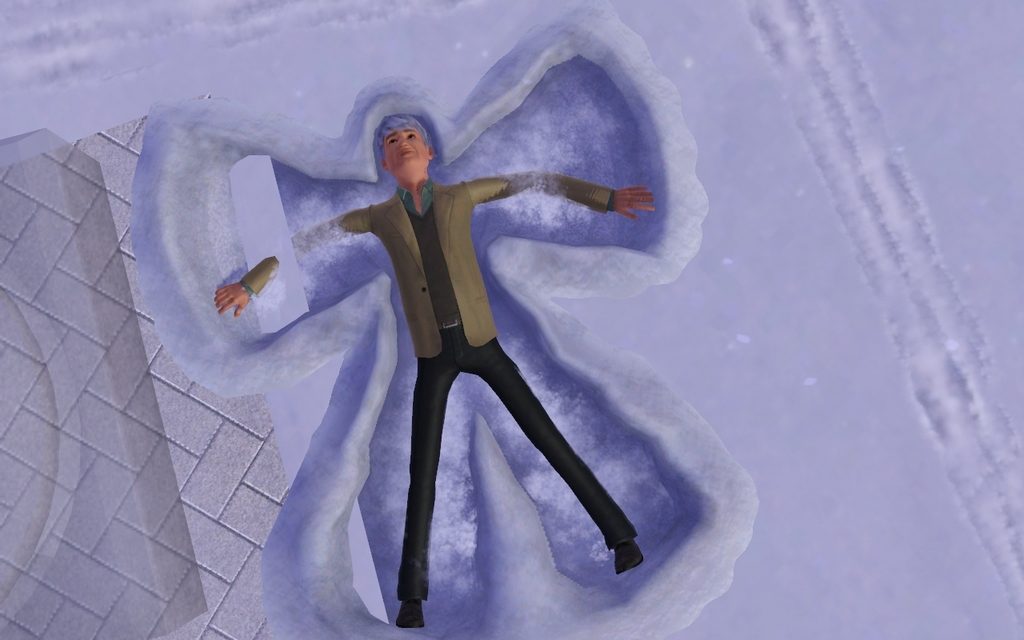 Sebastian decides to make a snow angel in front of the city hall. 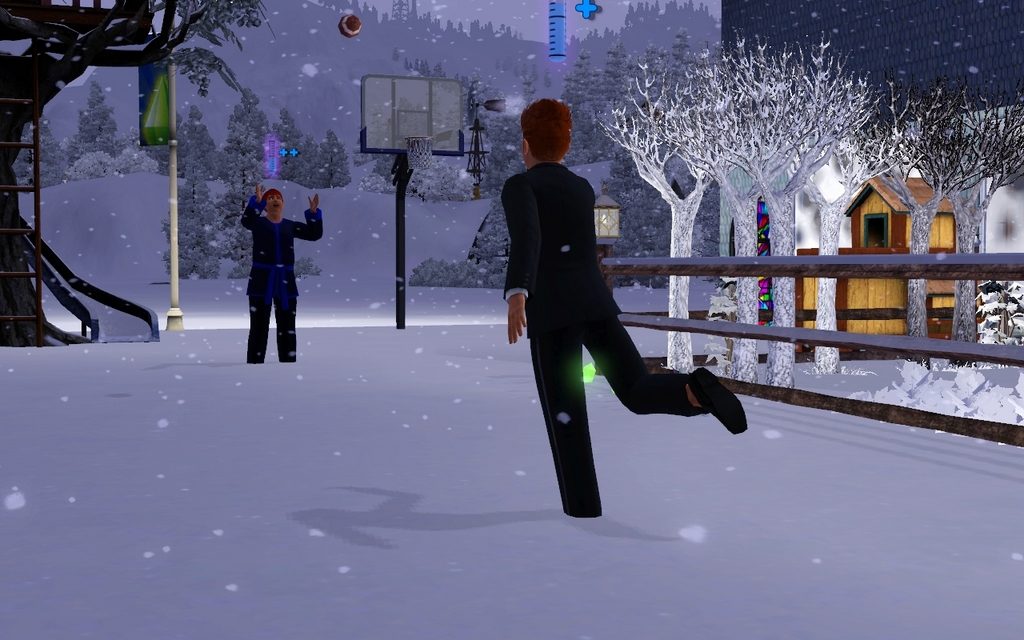 Jan and Conall can´t do very much now, because Jan is still a teenager. 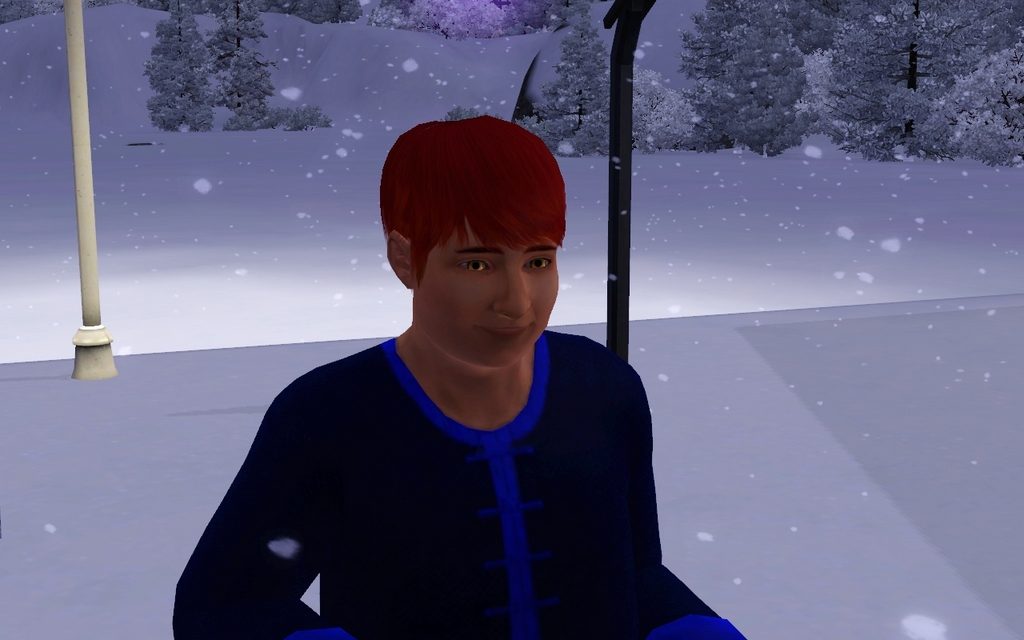 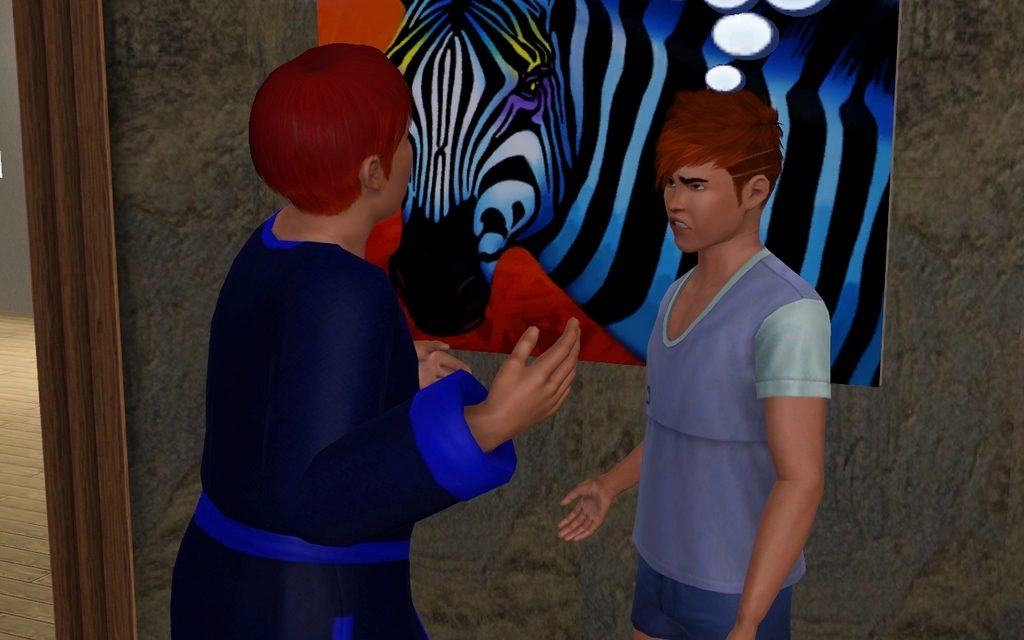 Conall also has to yell at Jan, when he places a prank in the shower. 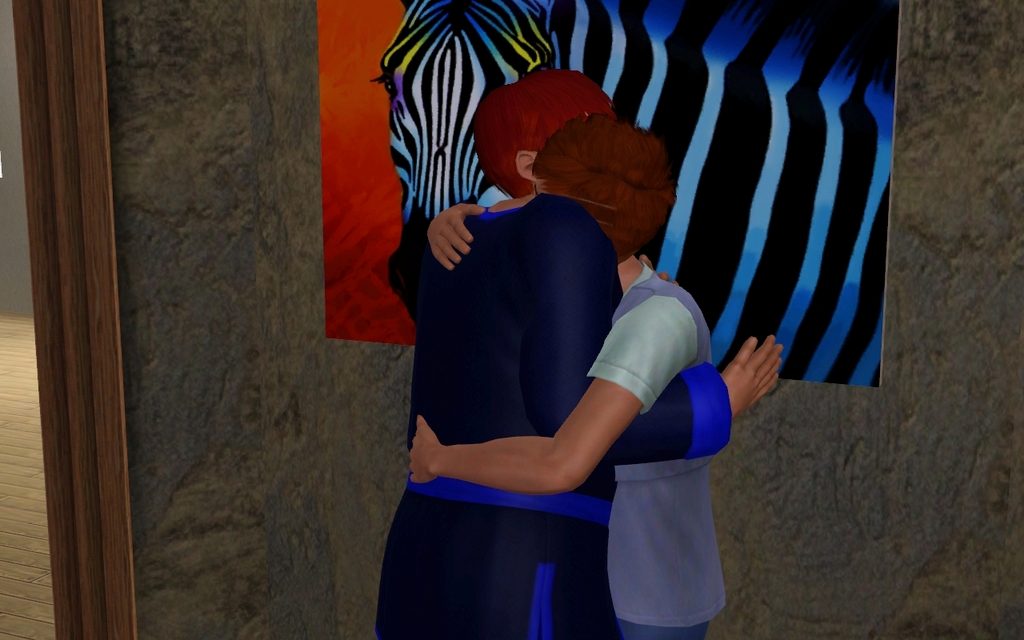 But they can hug it out afterwards. 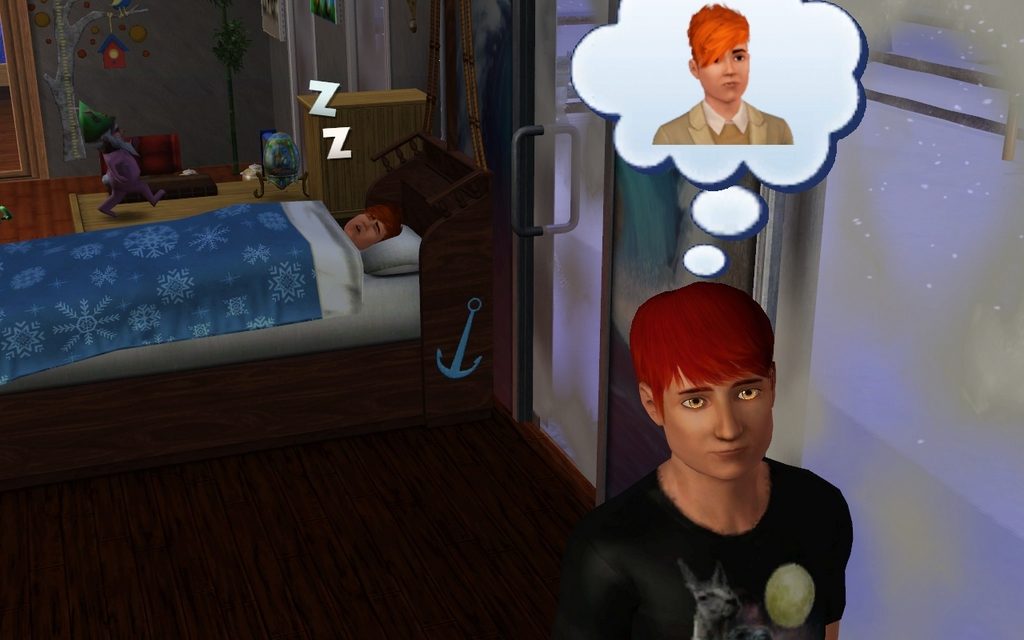 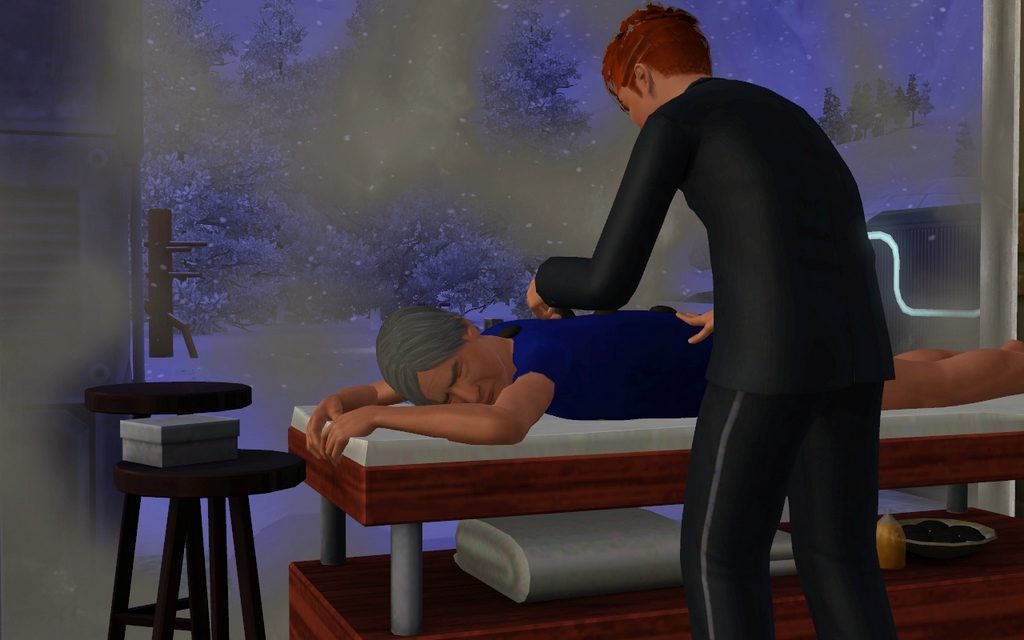 The massage table is always popular. 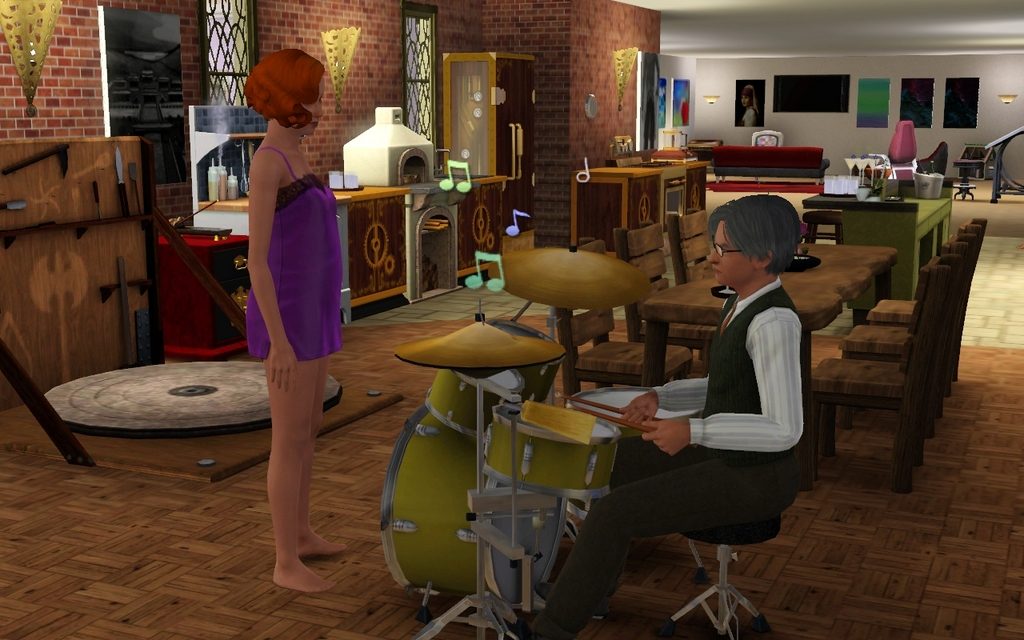 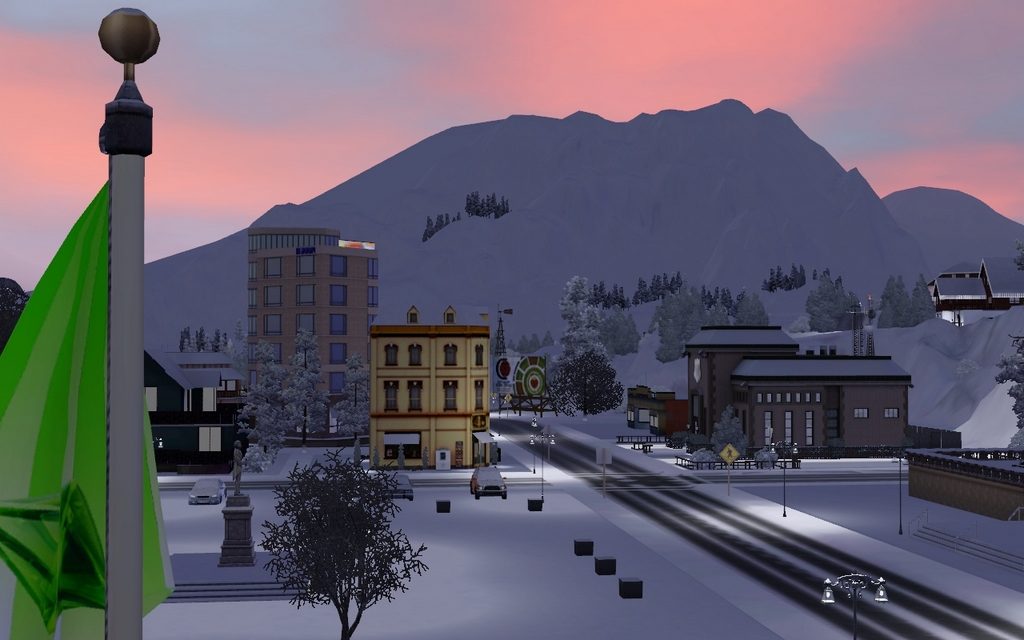 Storm needs some special nanites for her bot-building. So I placed all of them on some community lot. 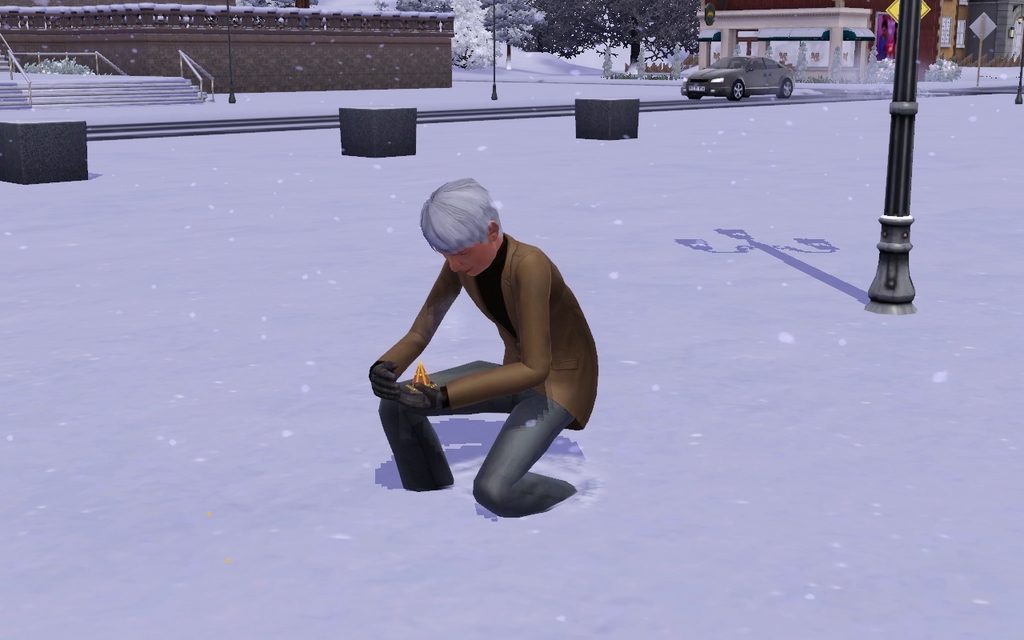 Sebastian catches them for her. 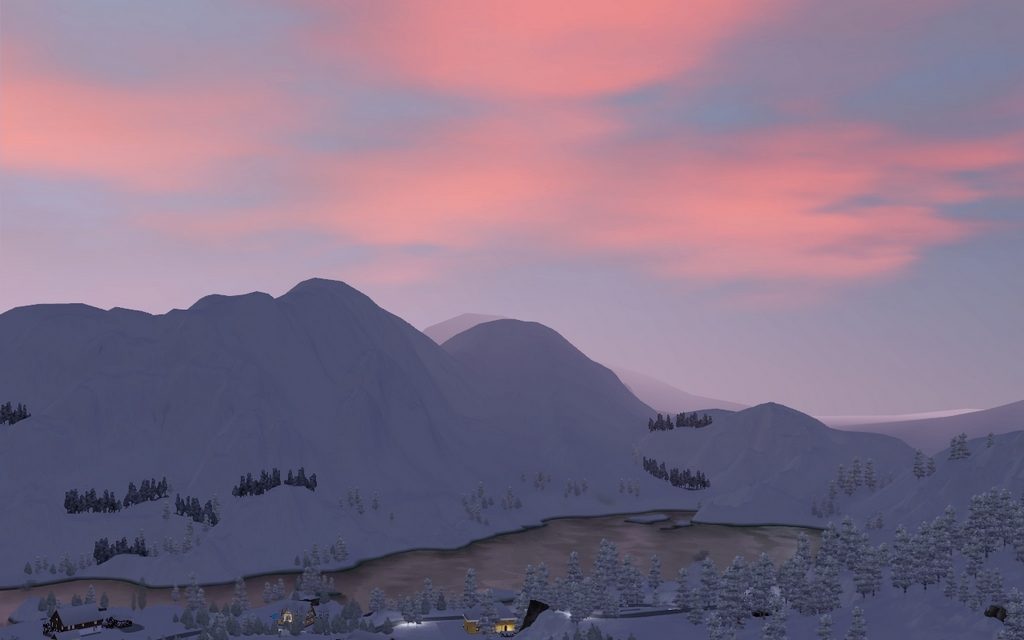 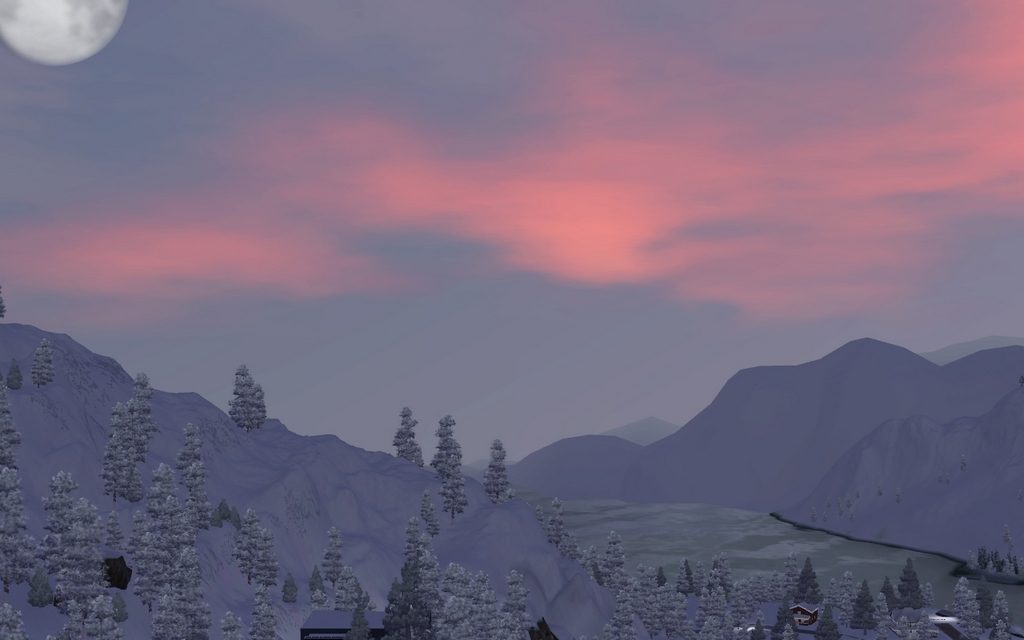 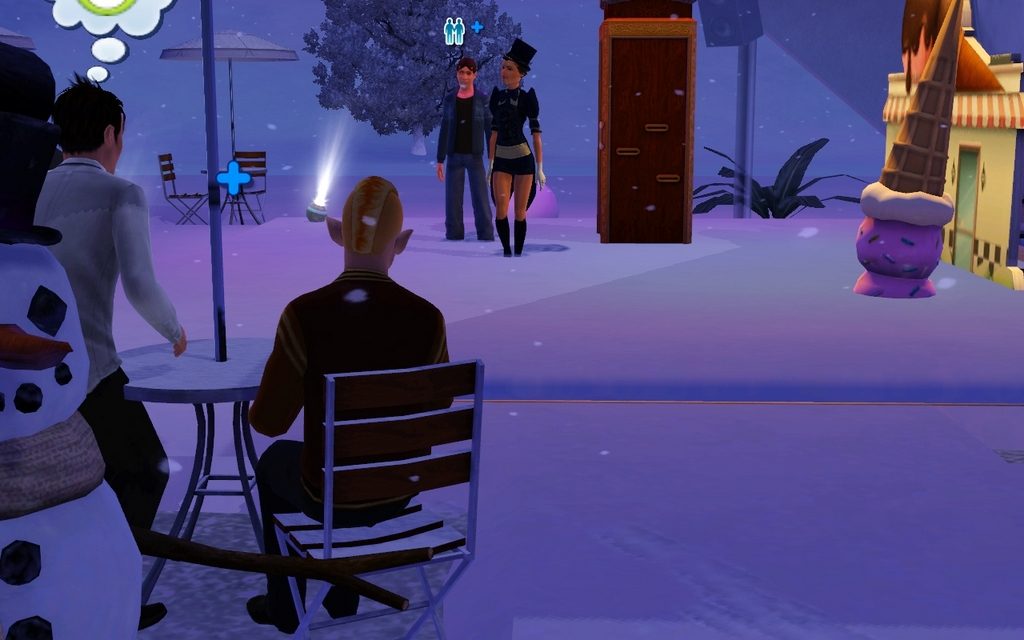 Ingrid has a show. 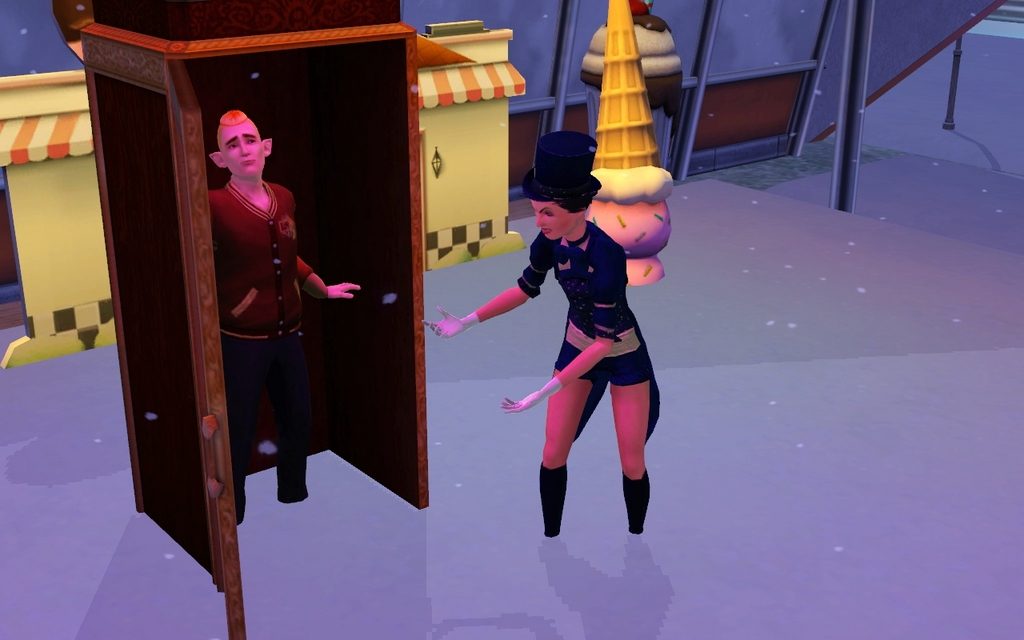 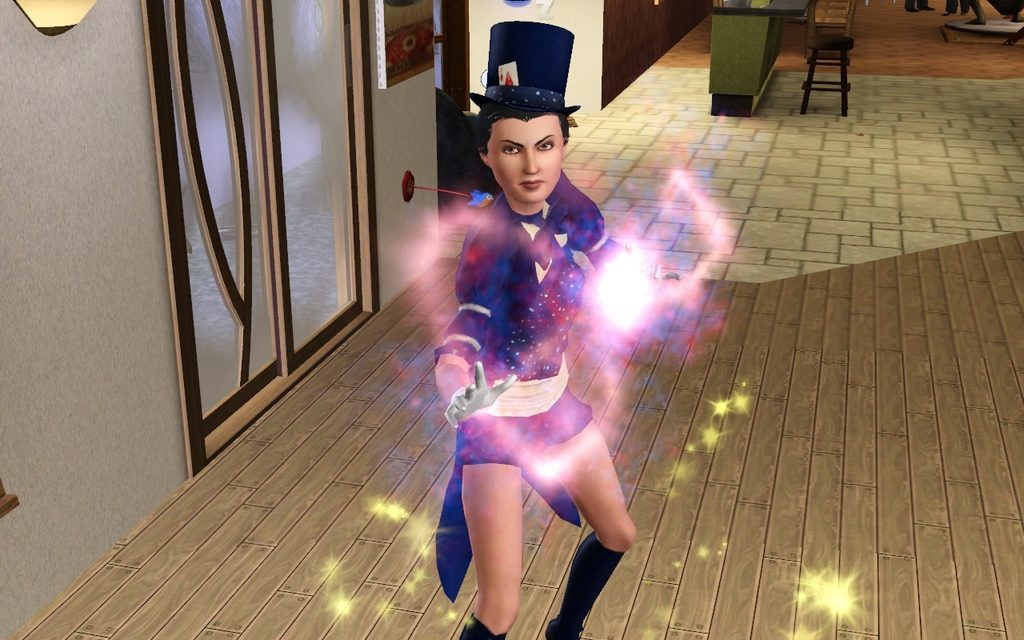 She looks like Zatanna from DC Comics. But with less cleavage. 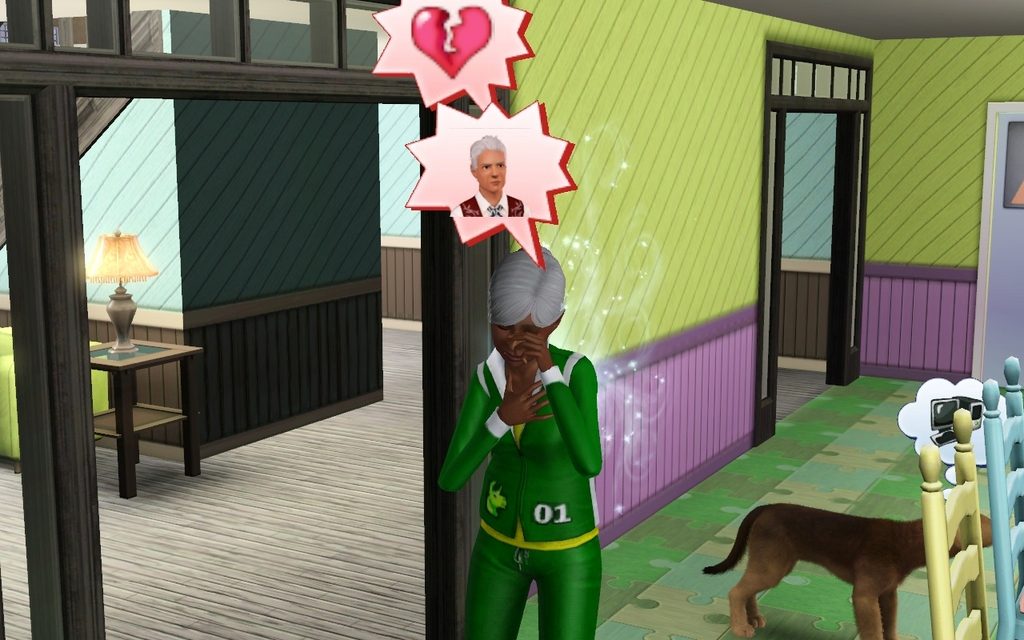 She also lost her husband, Teodor, which is sad. 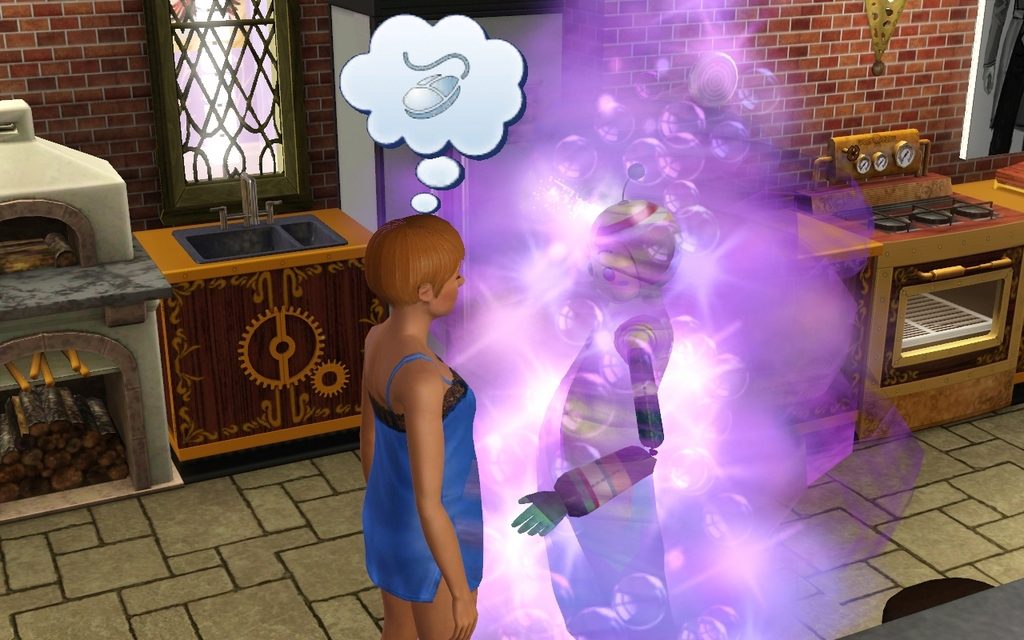 We make Luna´s IF Moritz into a real sim! 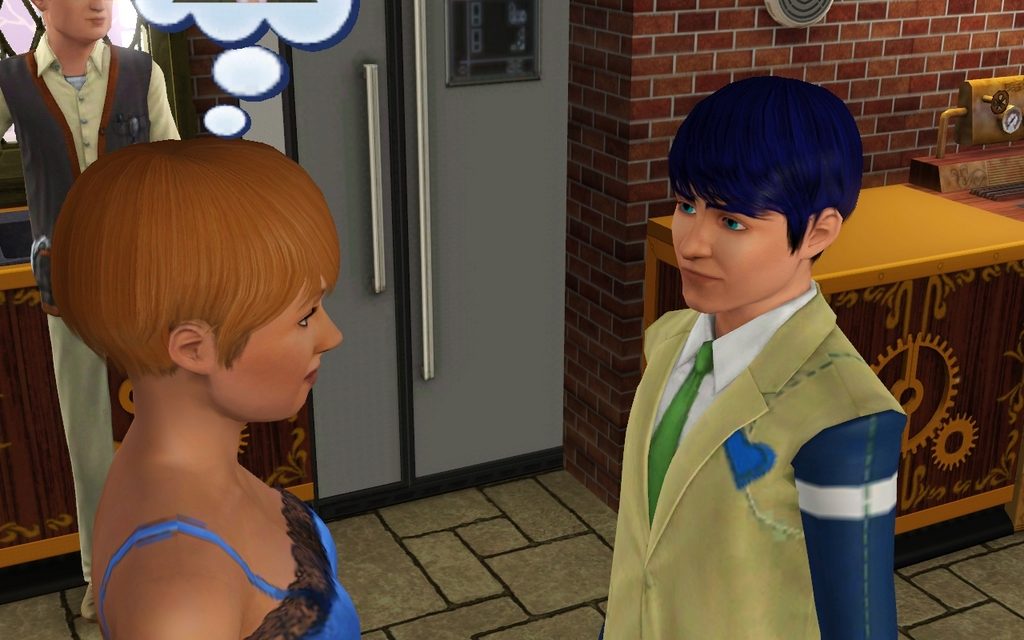 He´s a couch potato, a loser, eco-friendly and hydrophobic, which are pretty horrible traits, but he seems to be a nice sim anyway. 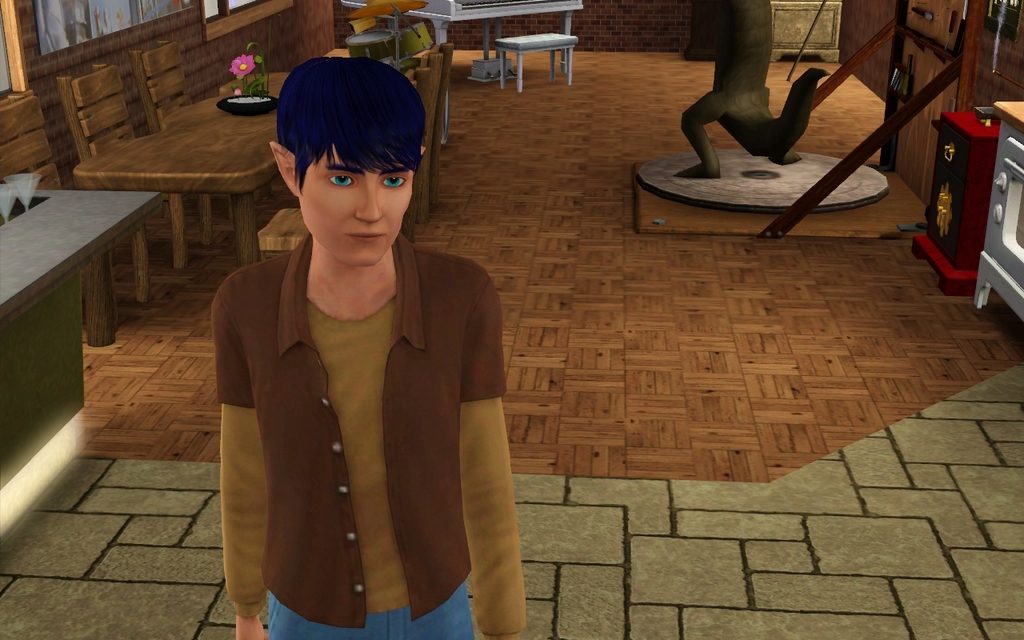 He´s also a face one, so I made him over. Now he looks a bit like a vulcan. 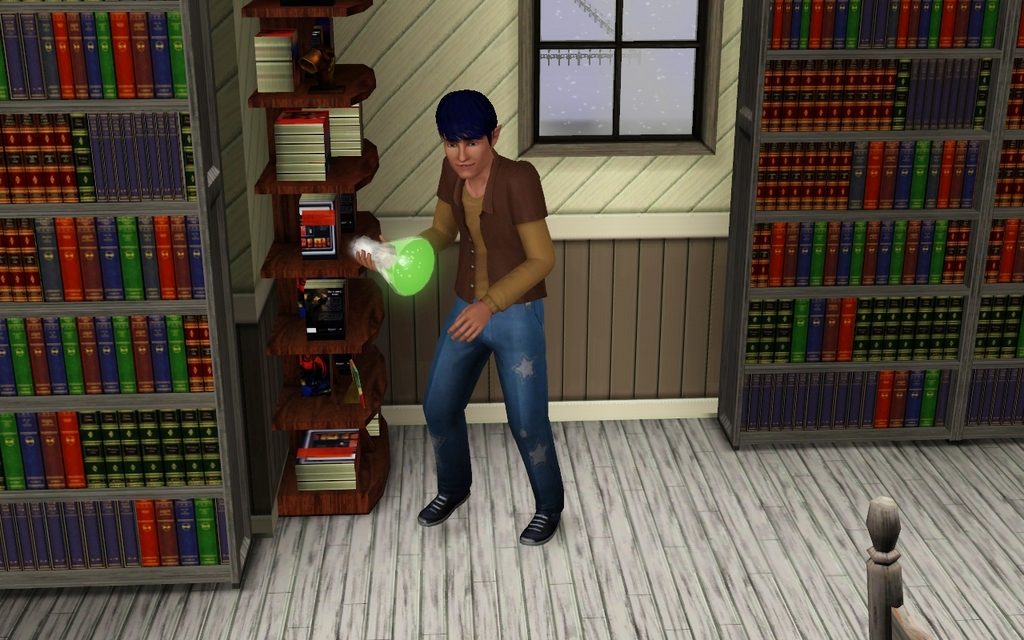 One of his first wishes was to place a stink bomb. I´ve never let a sim do that, so why not?

Sadly, it didn´t do much. 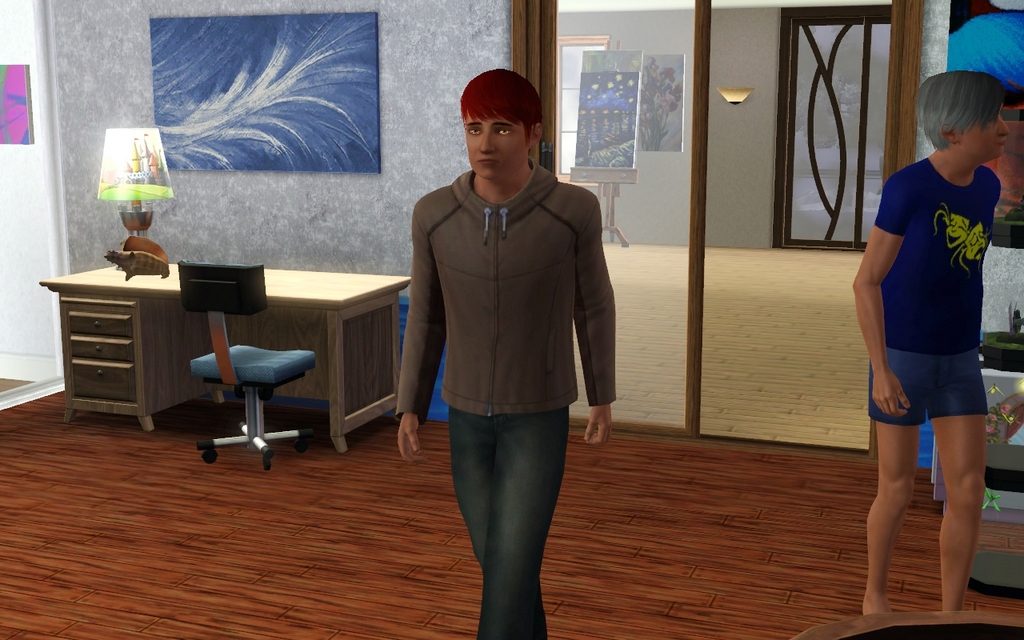 Conall is working out a lot, so he´s really slim now. Don´t know, if I like it. 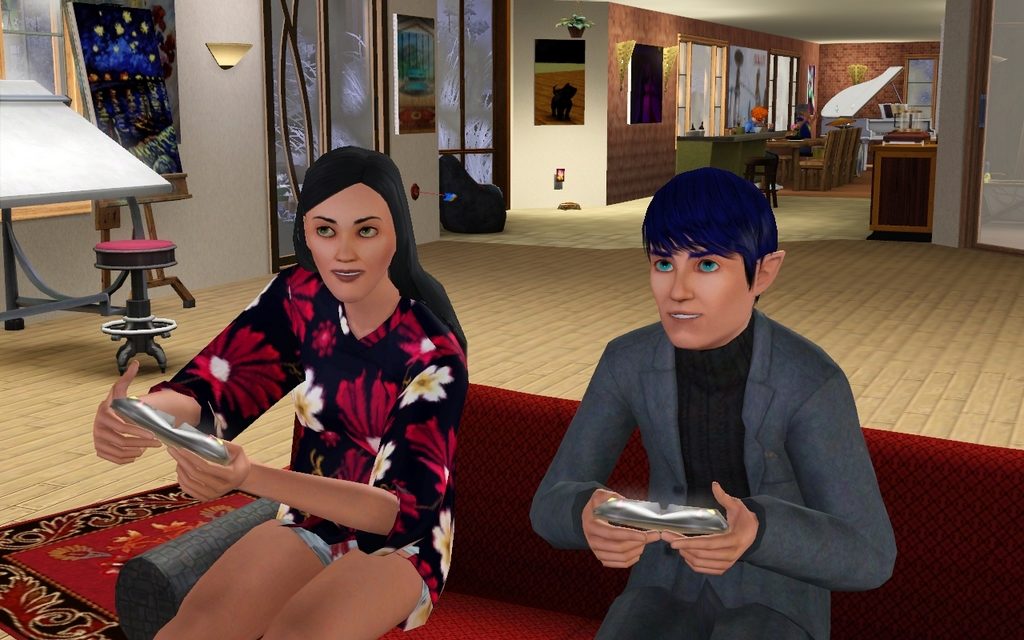 Playing with the future son-in-law. Perhaps.

Sebastian is at the graveyard for some reason and makes this snowman. 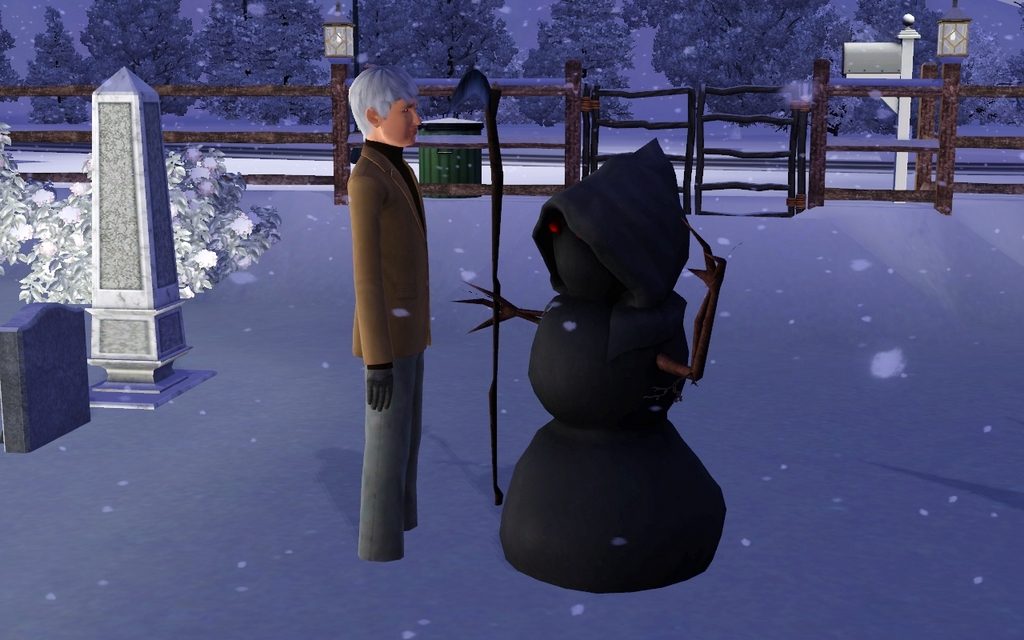 Sebastian: We are all going to die. 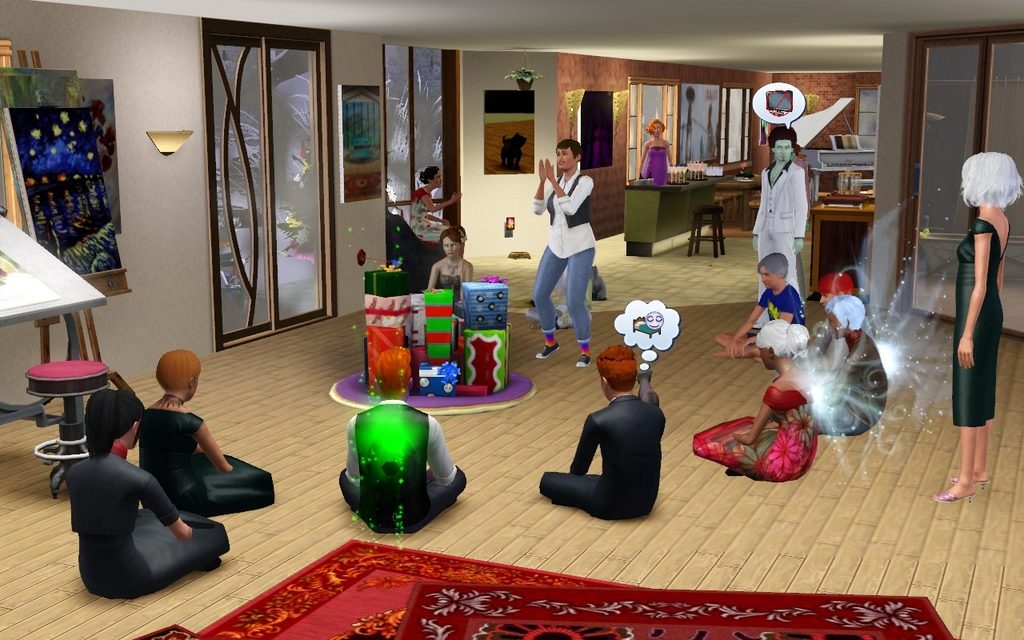 Everyone is having fun. 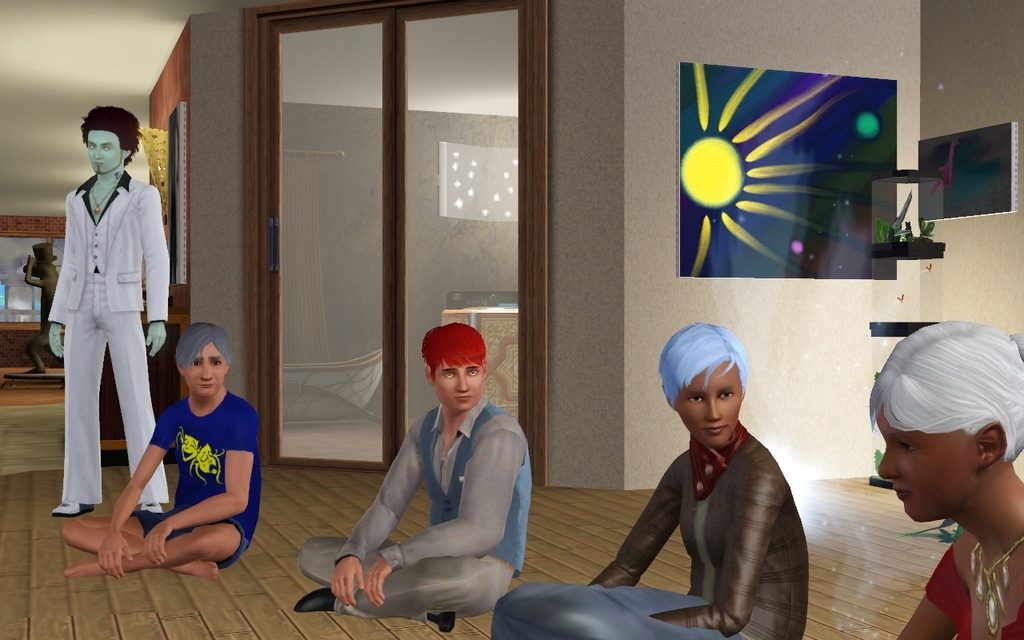 I don´t know, what Kisa said.