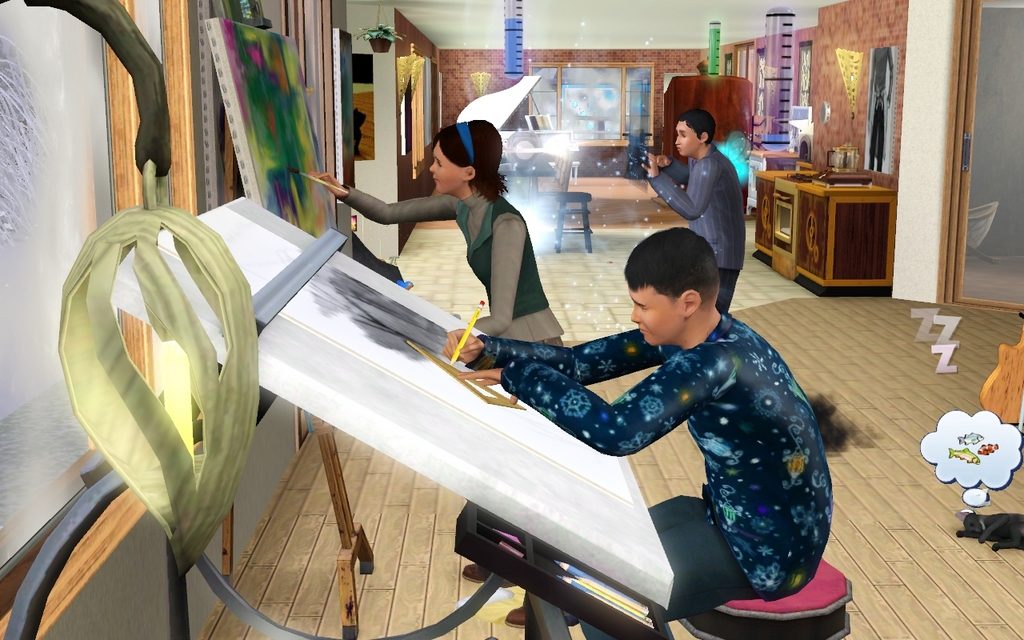 The Earthsong-Dust family is an artistic one. 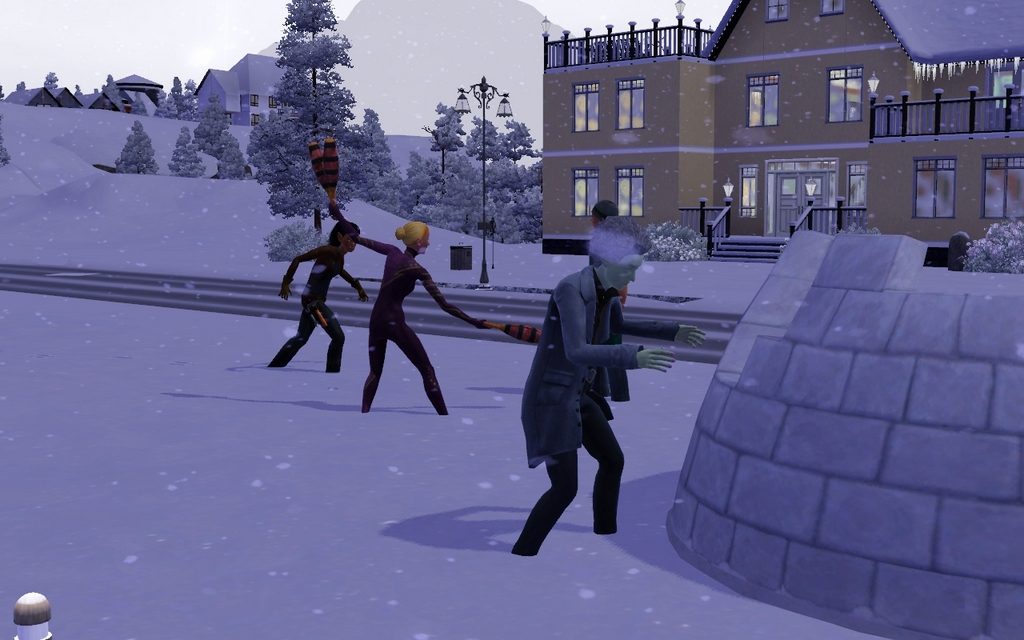 Celia performs for tips, while Miles builds an igloo. 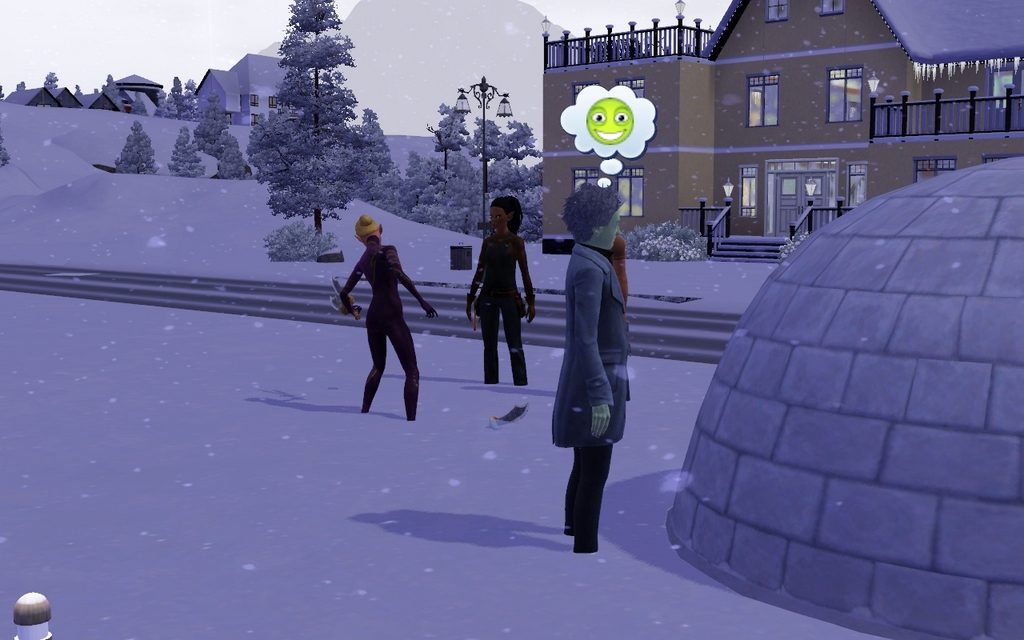 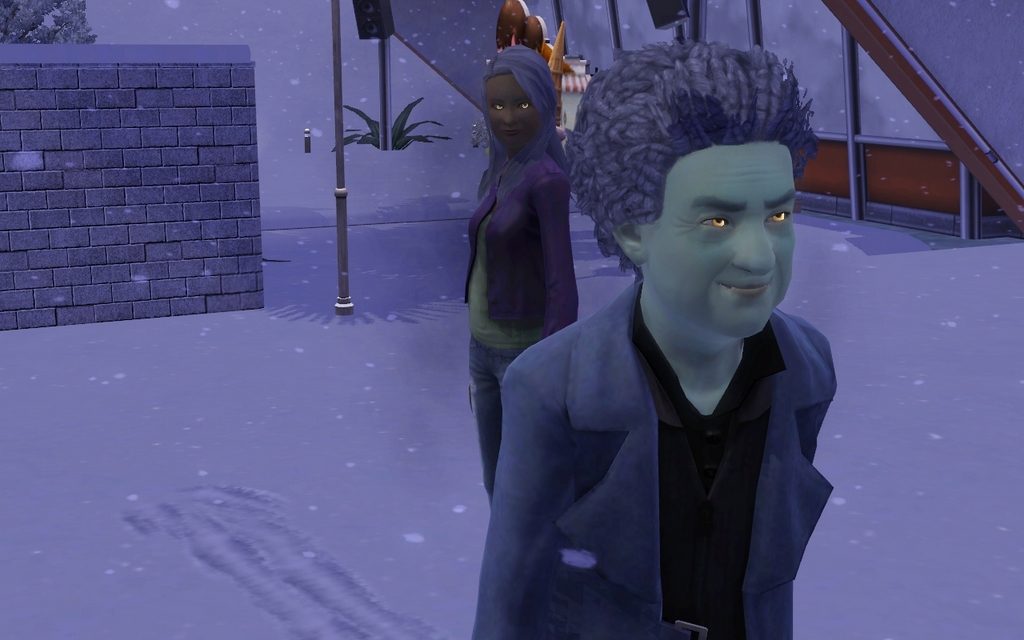 Gabby: Either get inside, or go home, you´re burning up!

Miles: Well, so are you!

They both went home after that, which is good. 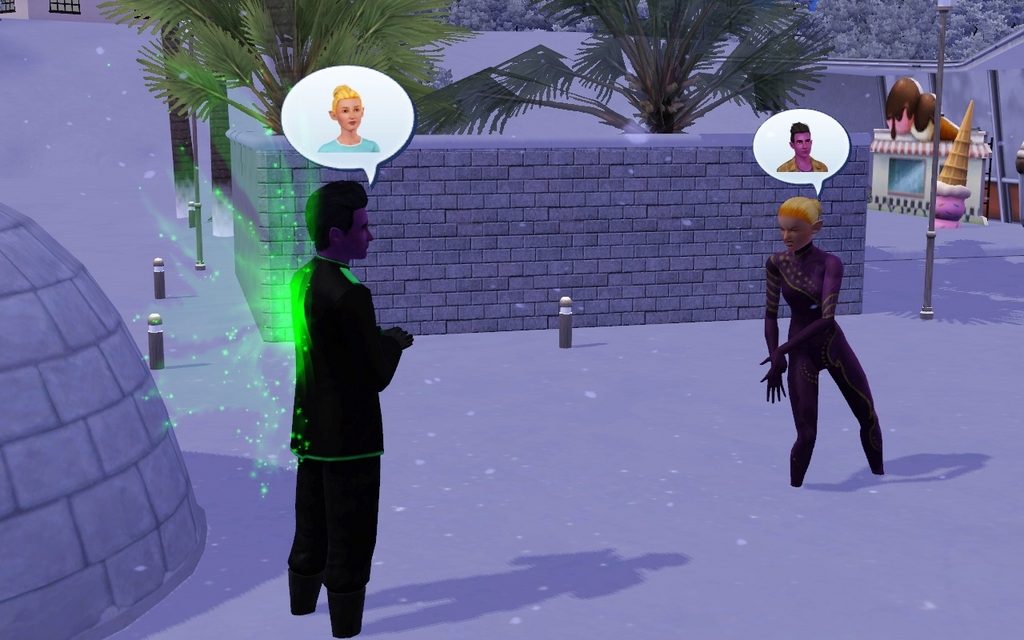 Celia and Rowan´s son, Olaf Sato-Orange seem to be pretty interested in each other. 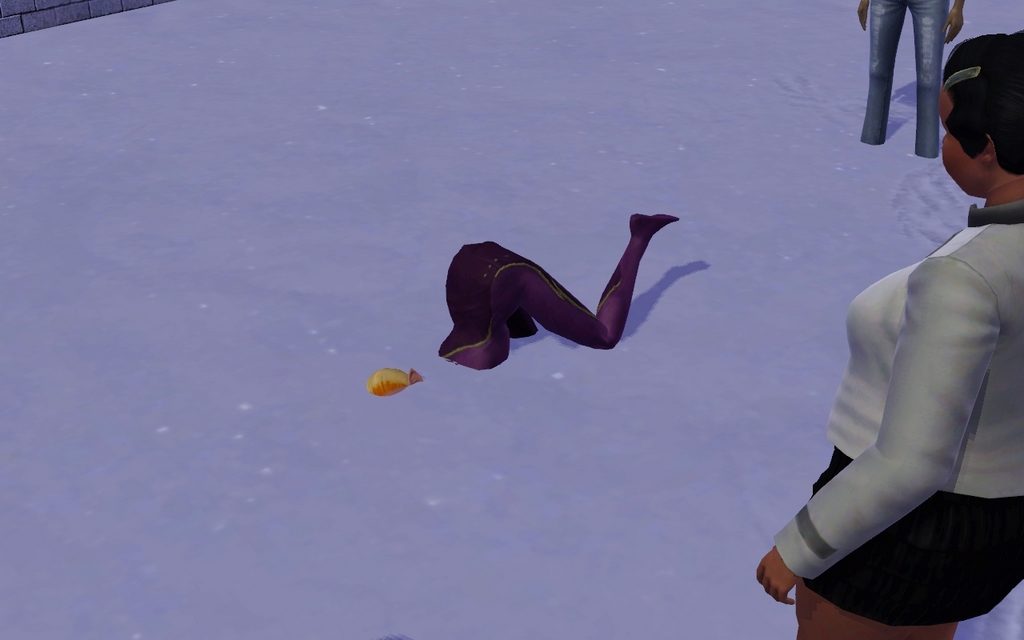 Even though Celia made a great first impression. 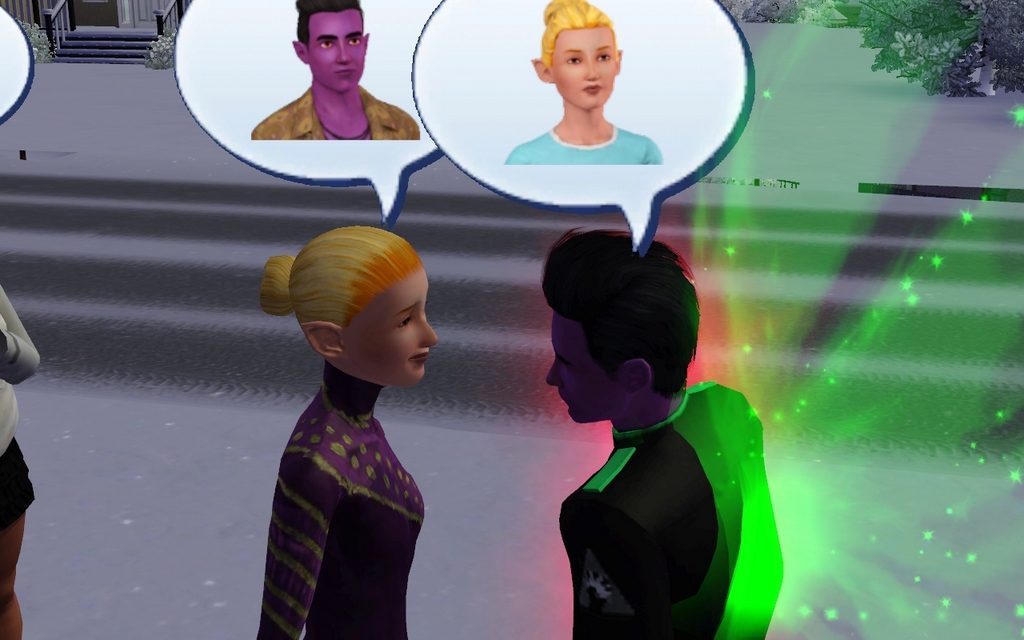 They really hit it off, but manage to drive their relationship into the red, while I´m not looking. Olaf is evil and the emperor of that. He can be mean. 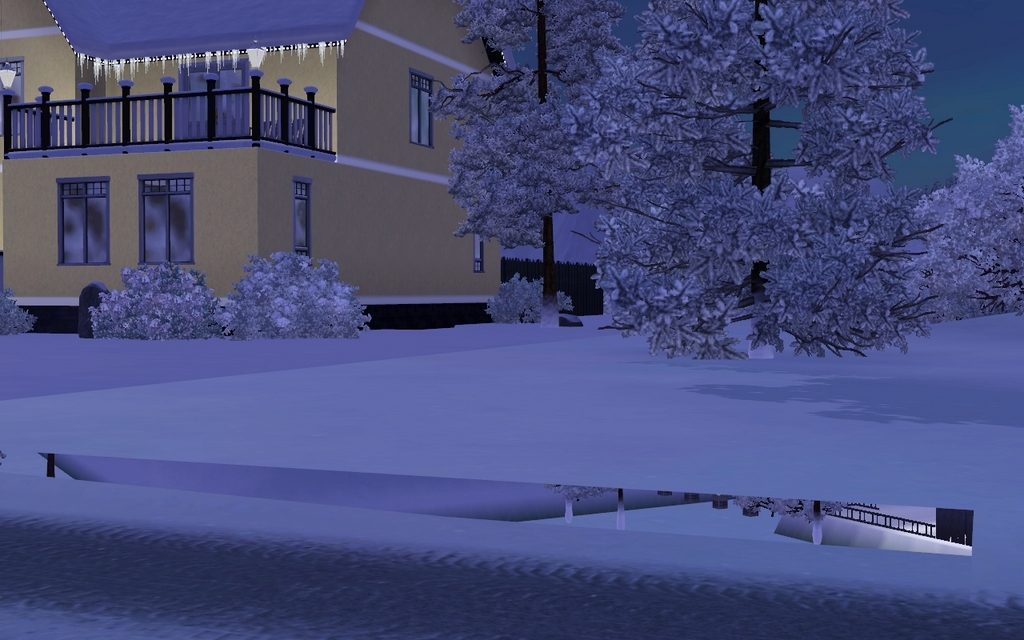 I was distracted by this hole in the fabric of the universe. 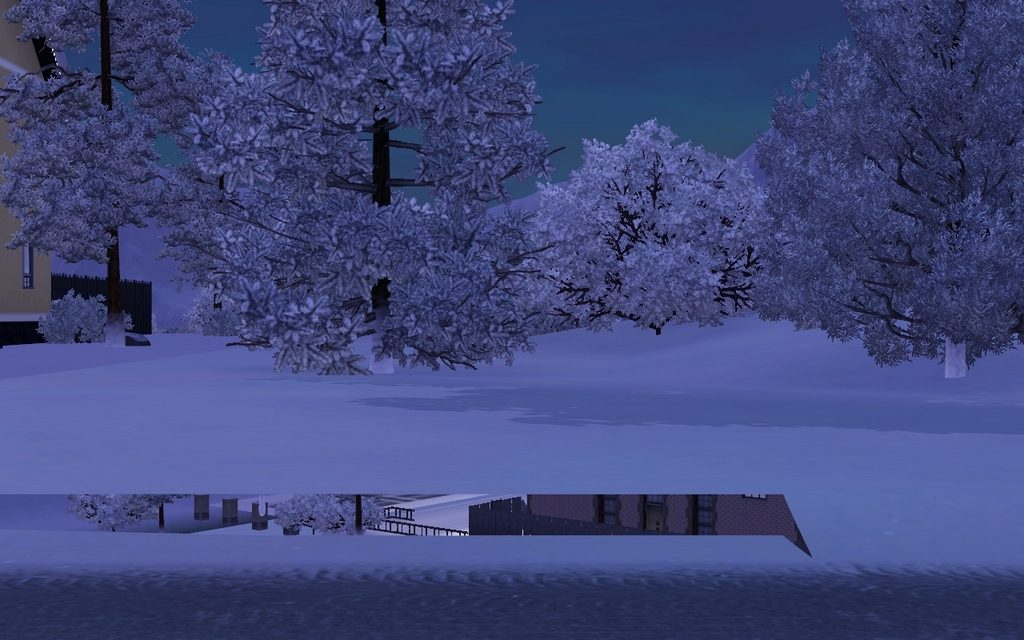 Perhaps a lot not properly attached to the road.

The weather is really nice. 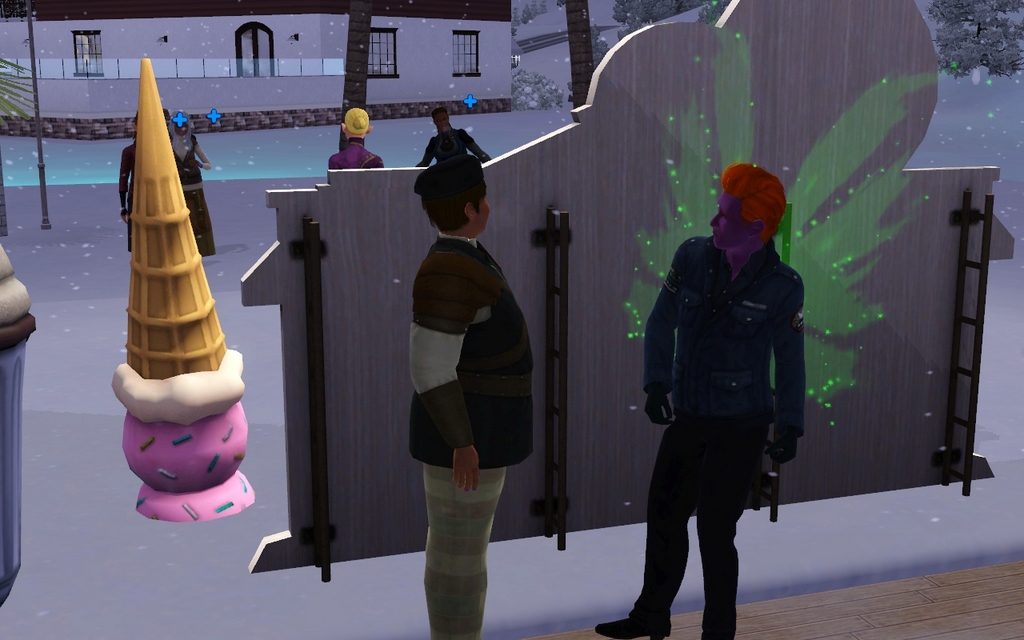 Celia has a show. Rowan seems to be having a conspirative meeting behind the stage setting. But I think, it´s all a misunderstanding. 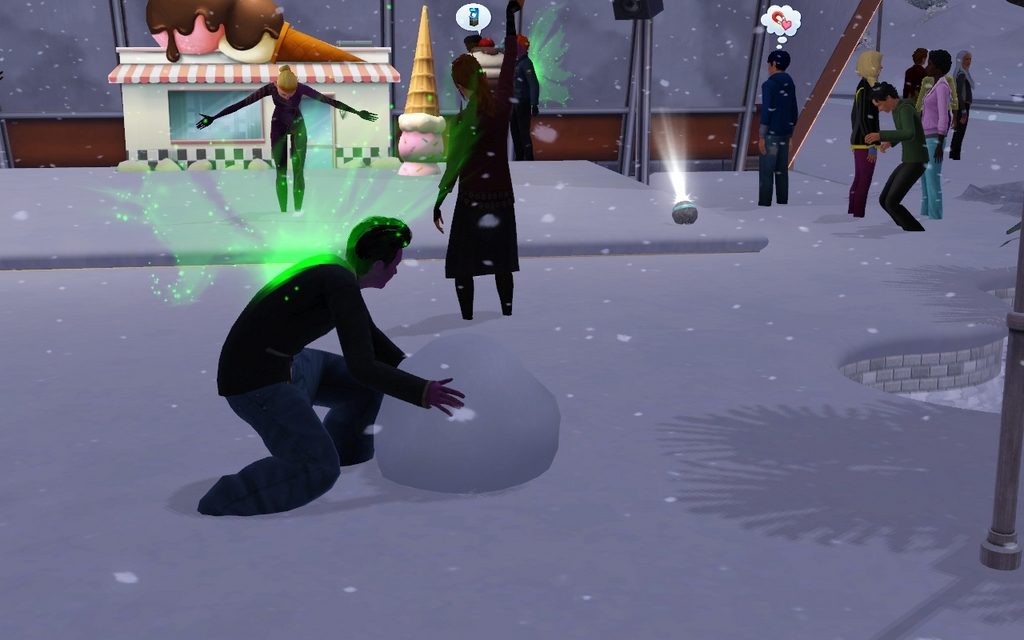 Doesn´t help, that the mob boss is his son.

Rowan: WE ARE ESTRANGED! 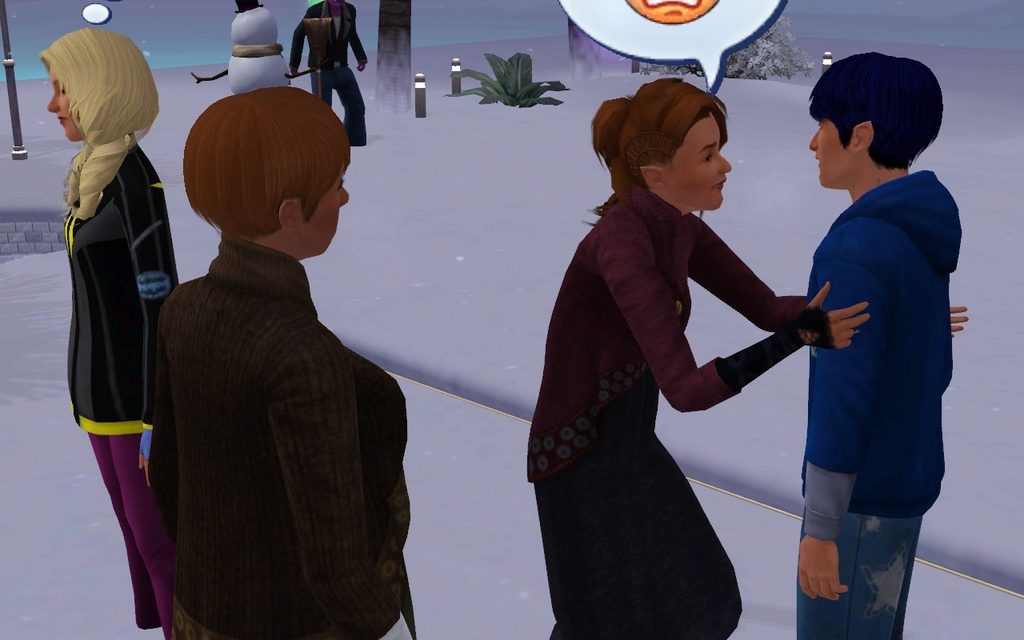 Luna and Moritz come to the show. I moved them out, so Luke and Franklin can join the family. Moritz is upset about something. Andromeda tries to help. 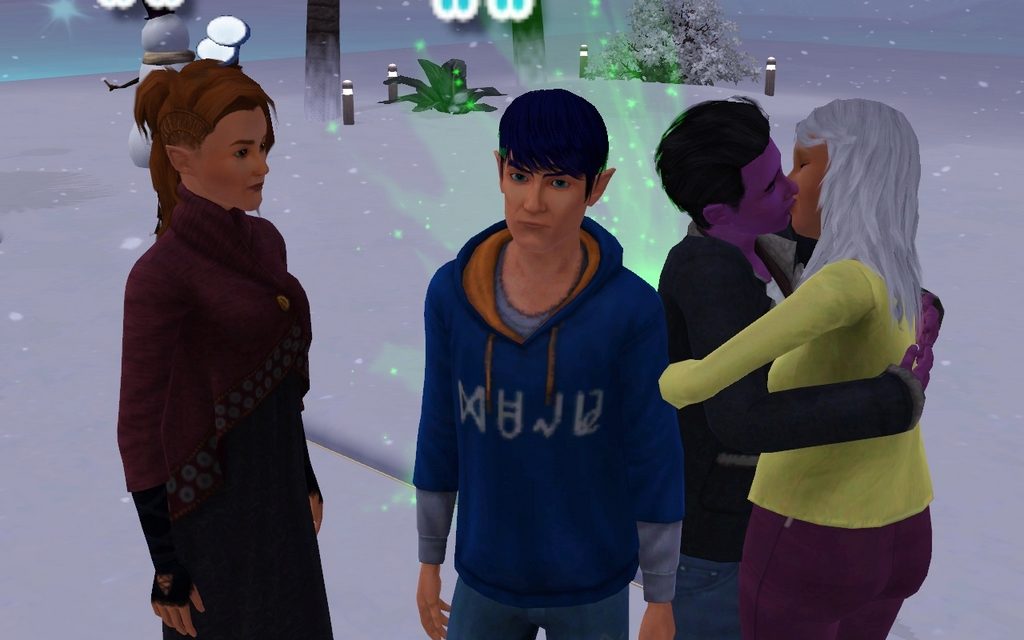 And here we have Olaf kissing his wife. Good thing, that Celia is already taken. 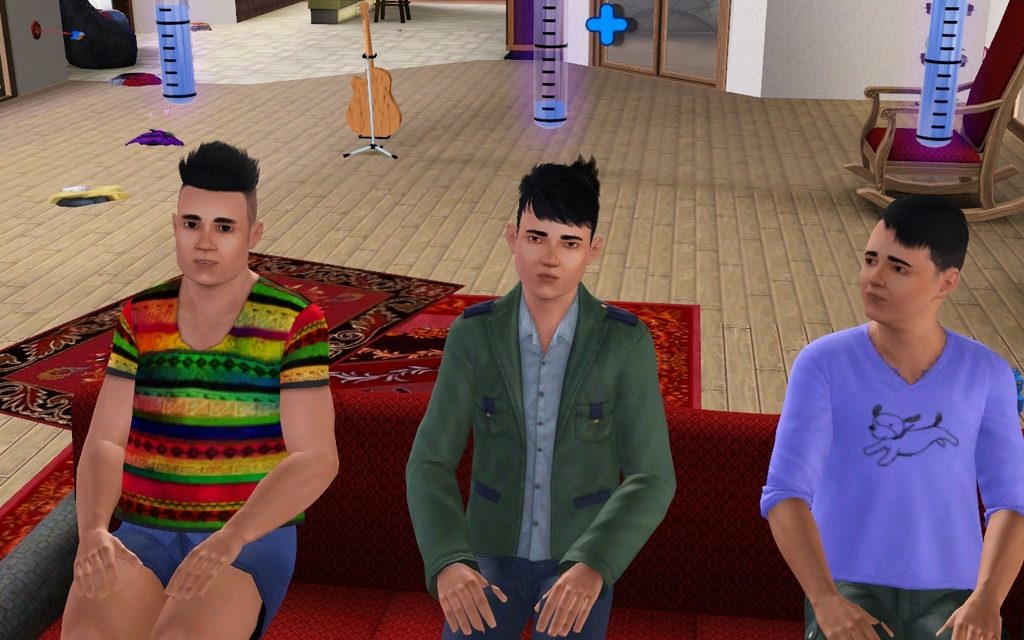 On the way to learn stuff. 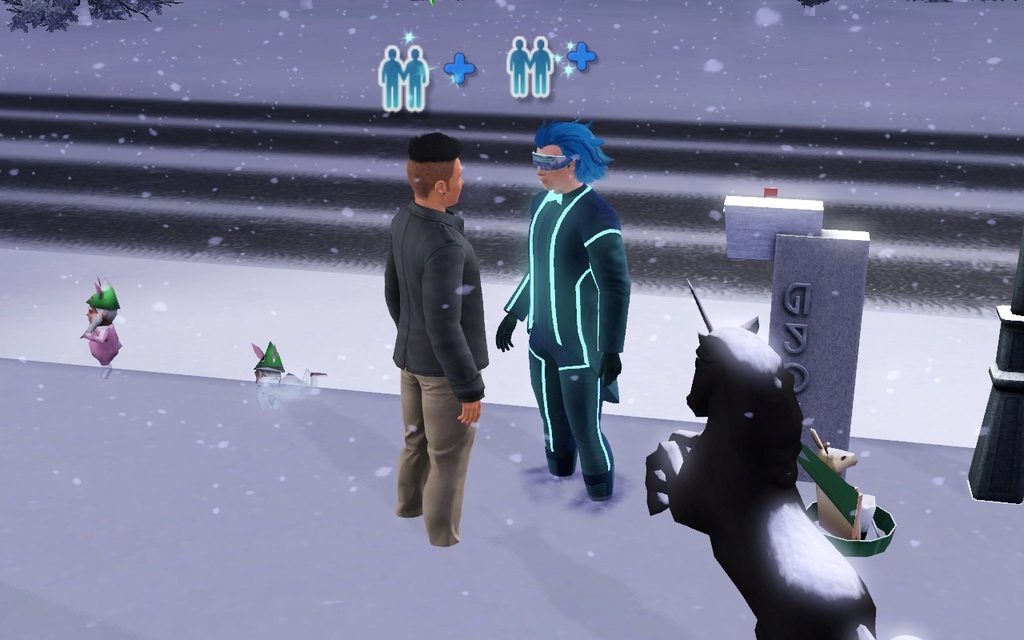 In the meantime, Henry summons Emit Relevart to change the future to the dystopian version. 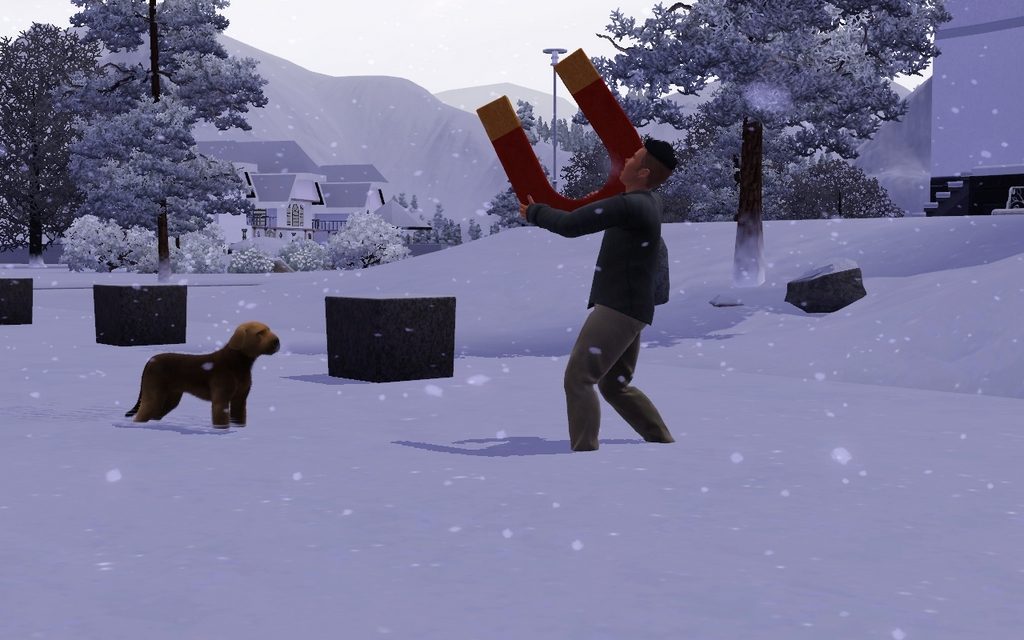 First he has to attract some asteroids. 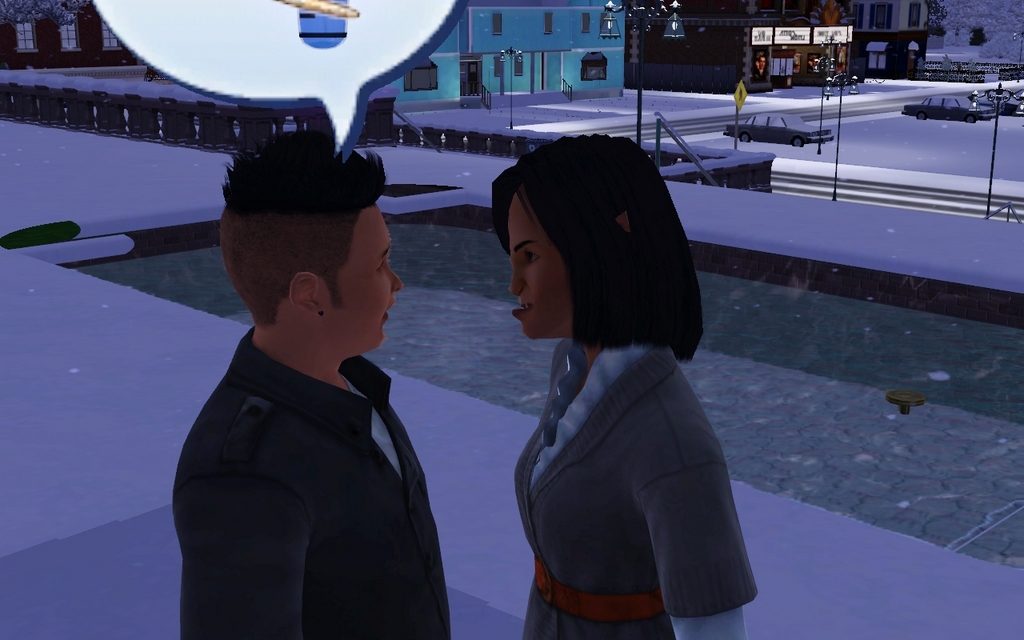 Then he has to convince people to litter. I like the concept. 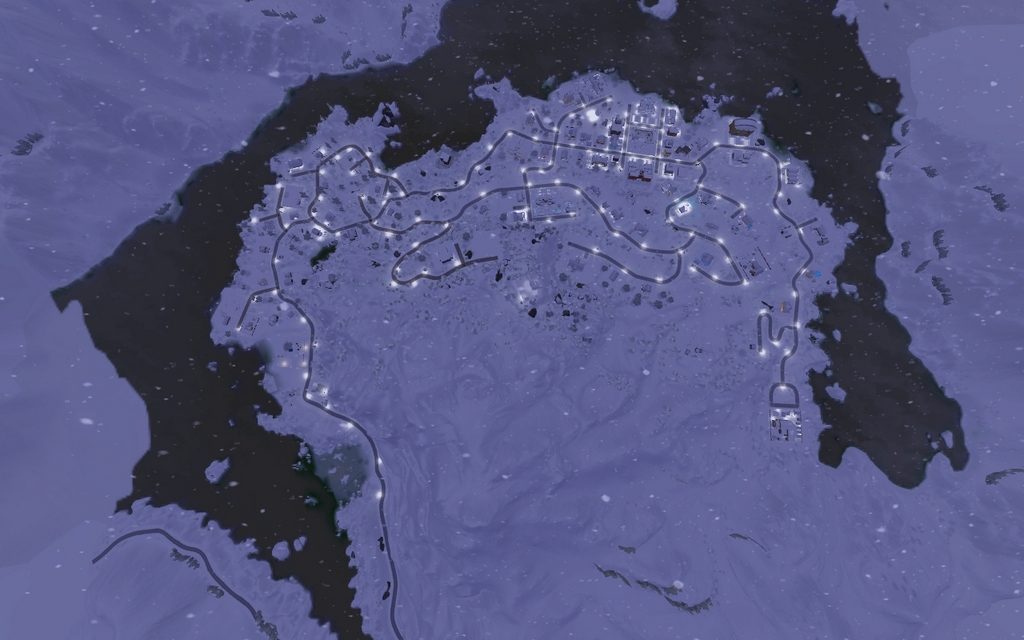 Random winter night picture of Hidden Springs from high above.

More convincing. Don´t know, why he does it in his sleepwear. 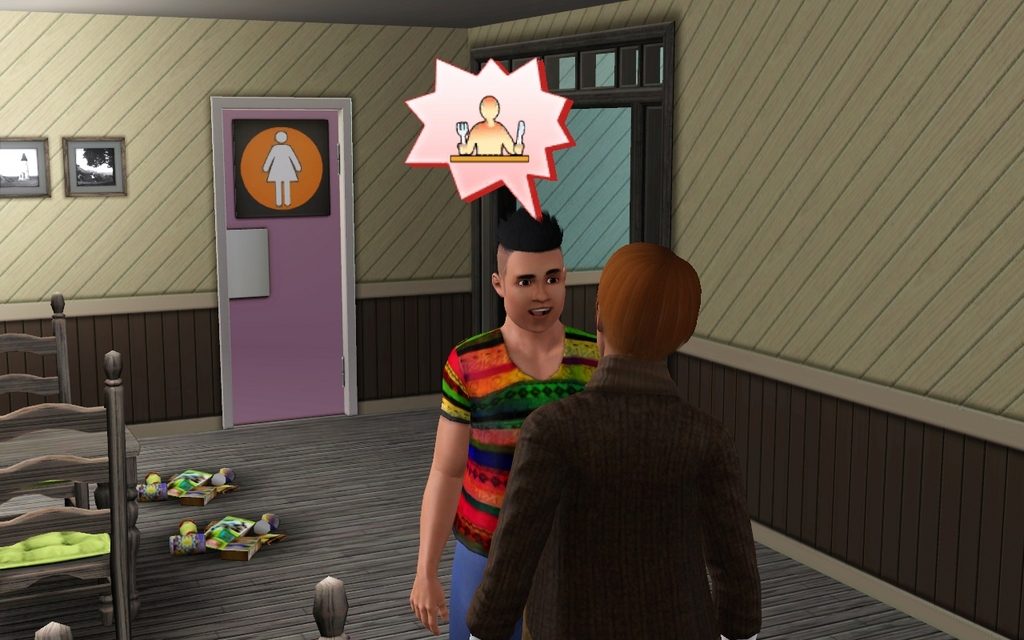 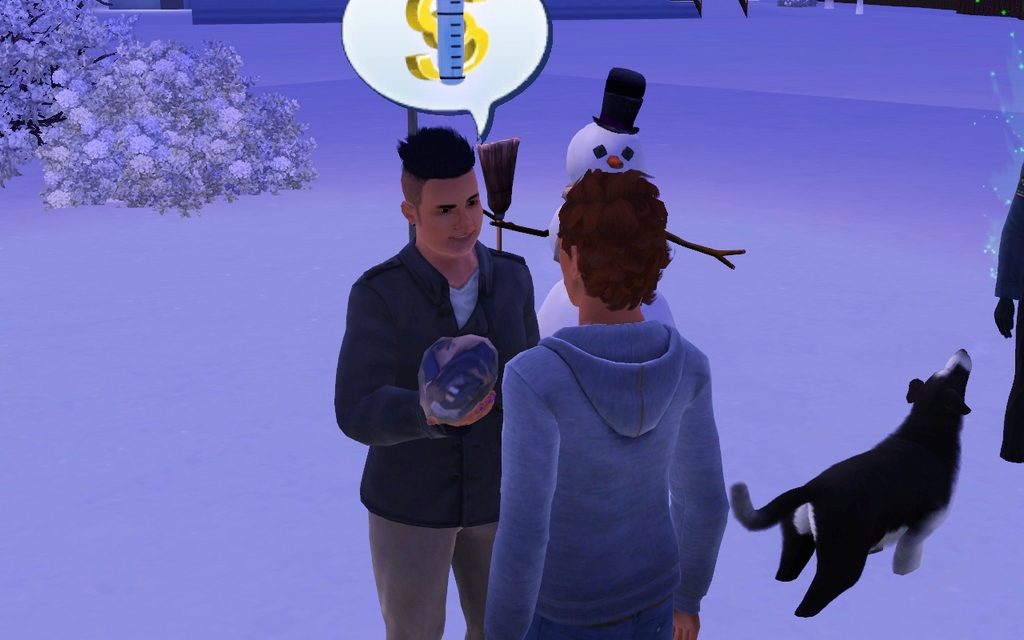 Next day the last one. 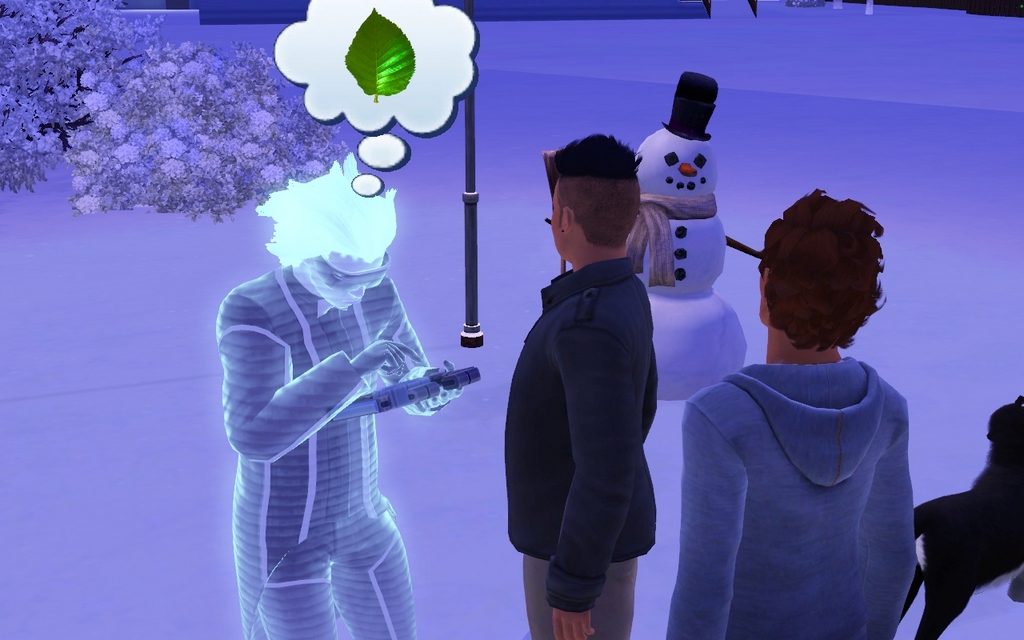 And now we can visit the dystopian future anytime we want. Gotta wait a bit, though.