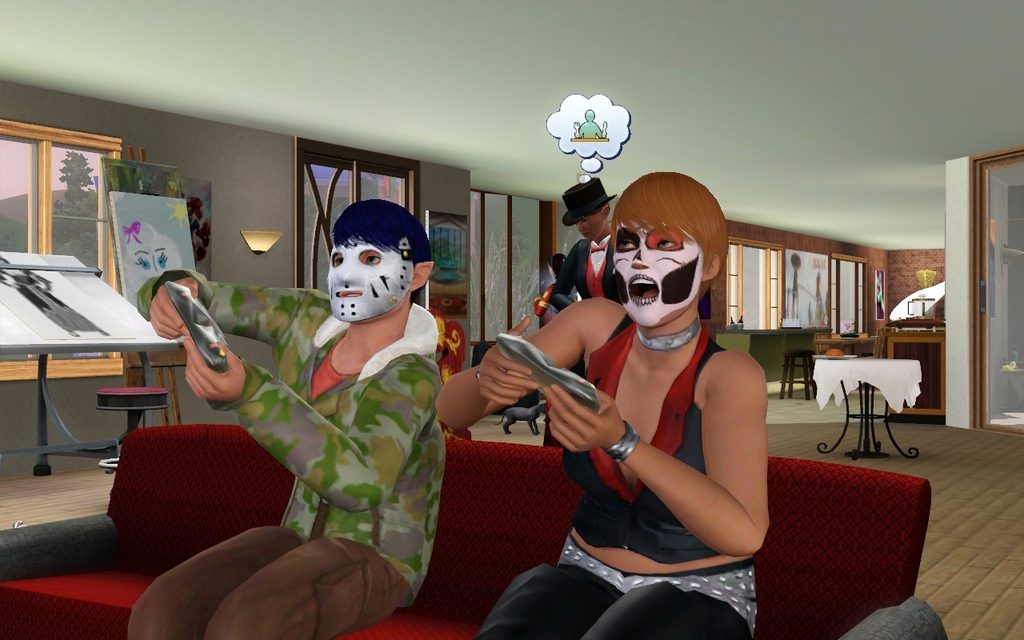 It´s spooky day and we have a little party. Nothing much happens. 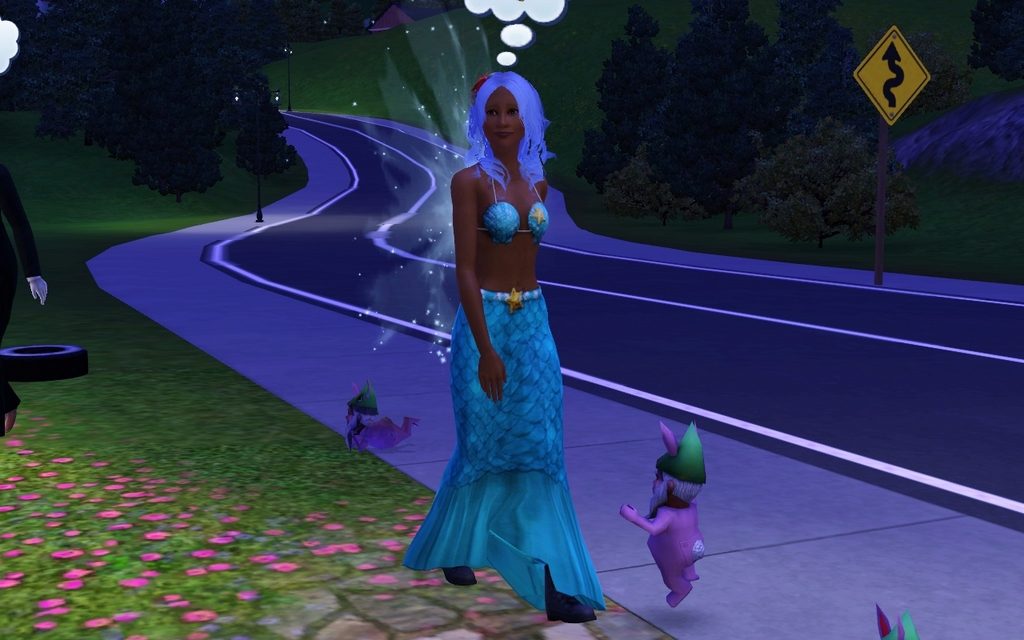 Marina looks lovely as a mermaid, but I´m not sure about the boots.

Marina: At least my feet are warm. 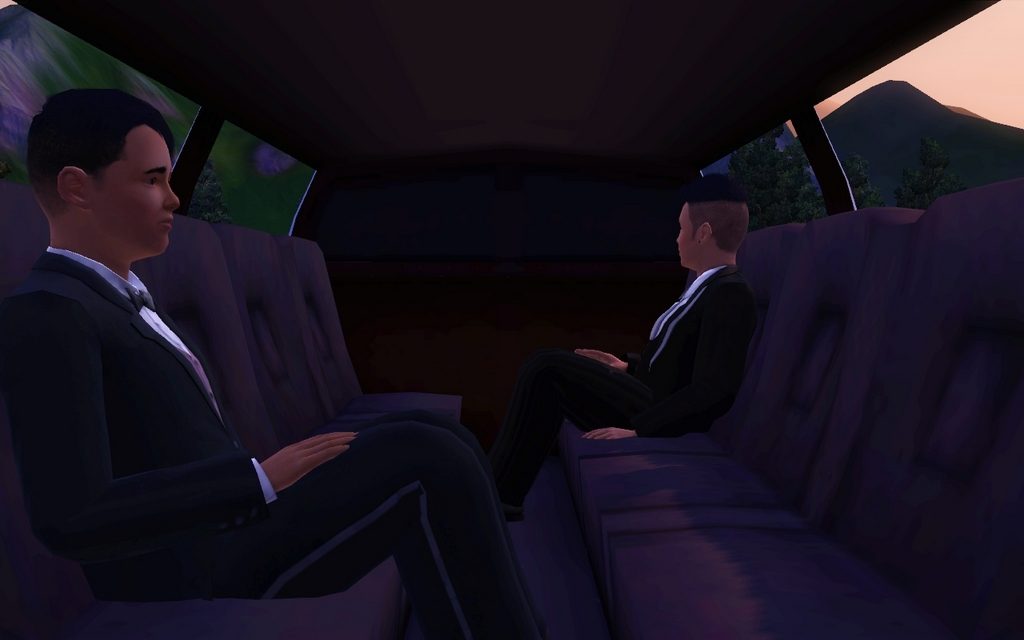 Because my game is a bit confused since I disabled full moon (because it can bork werewolves), it is also prom for the boys. None of them got a romantic interest, which is good. 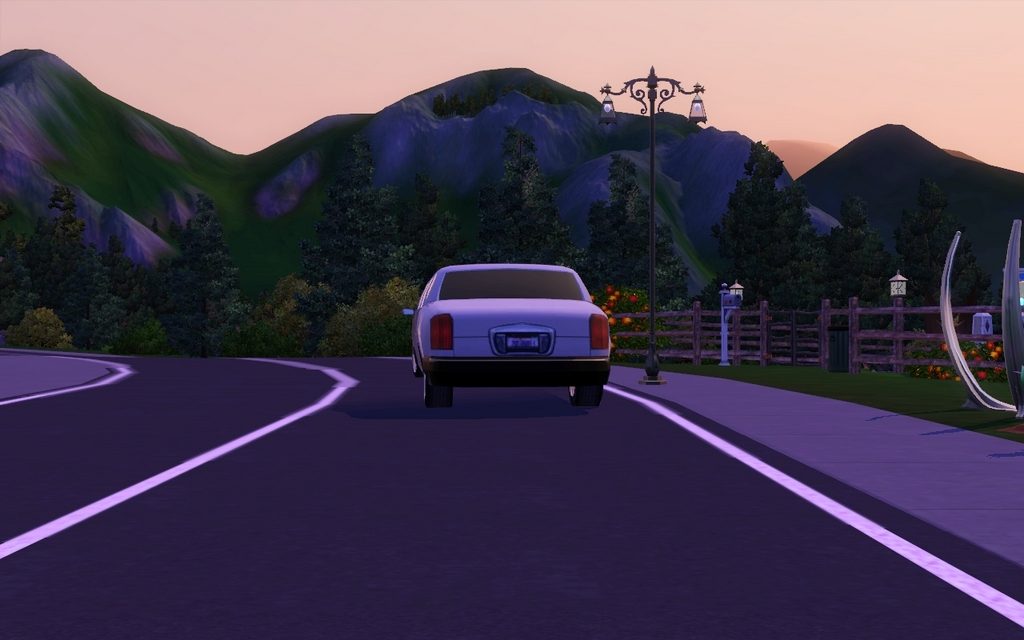 Some random pictures, because pretty. 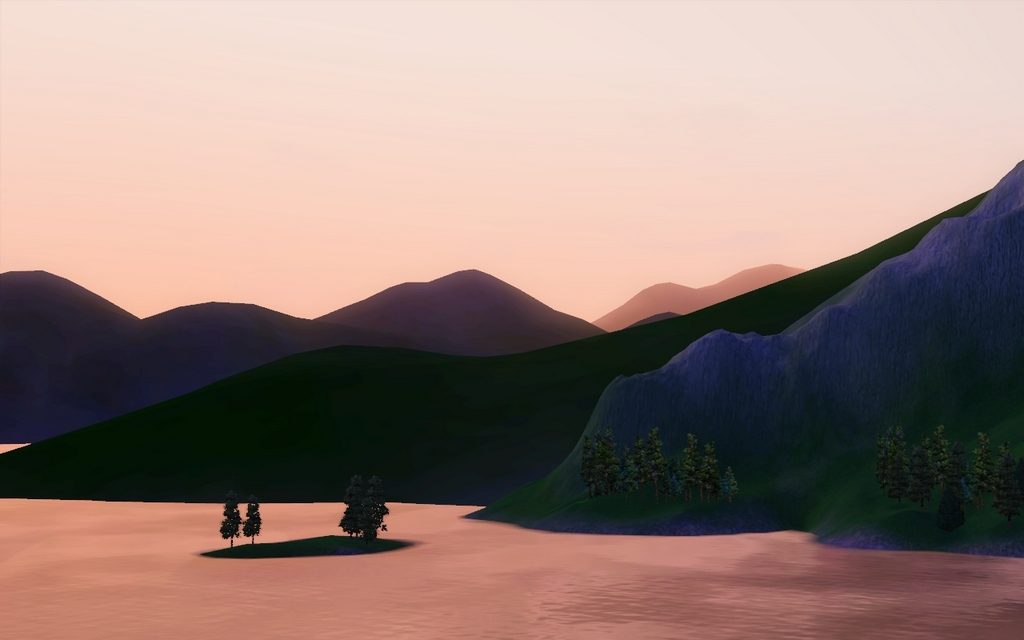 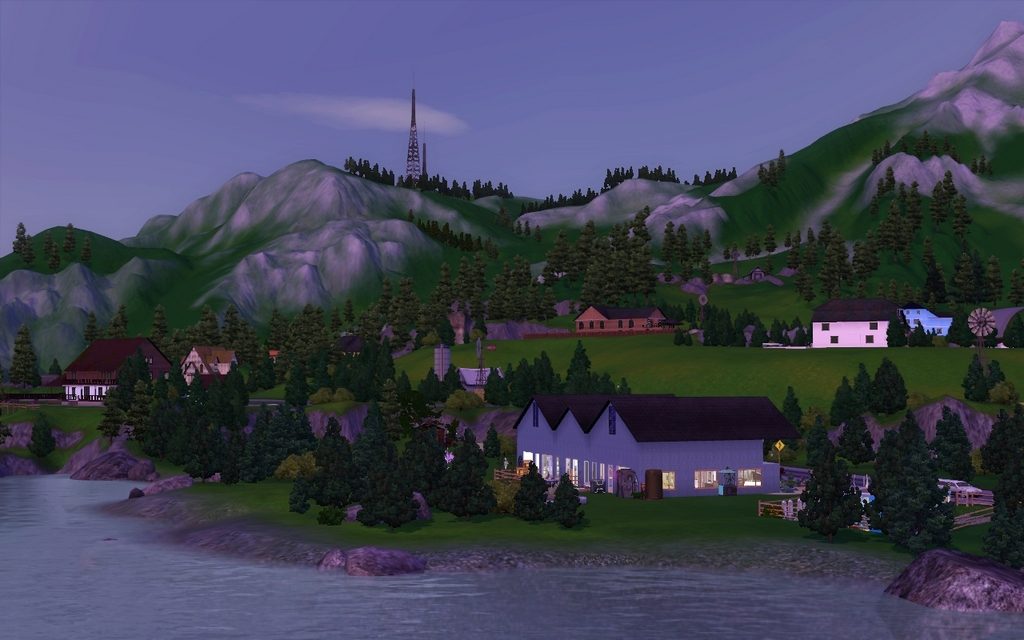 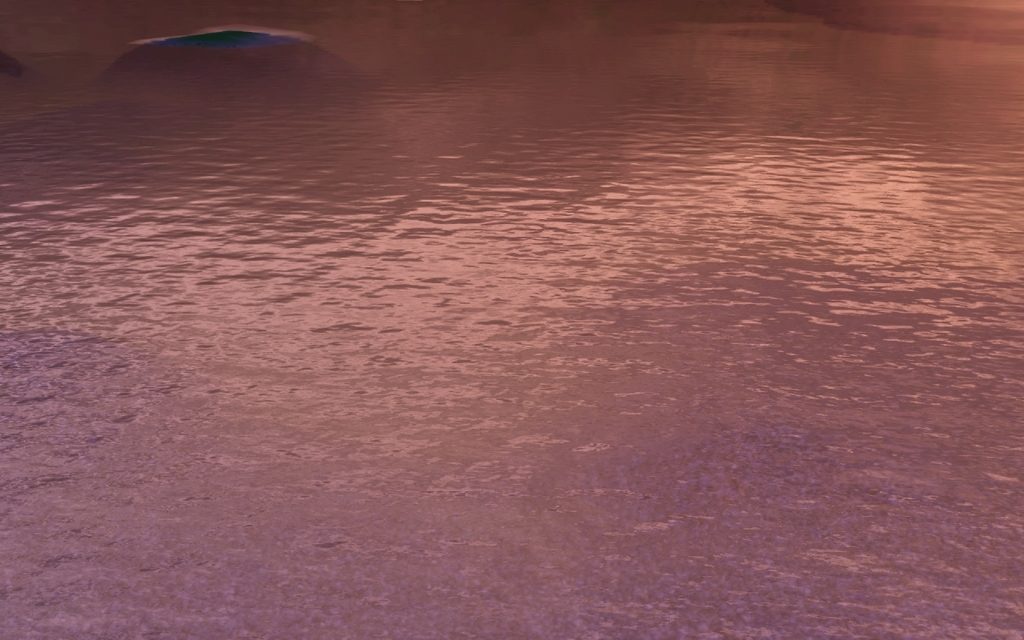 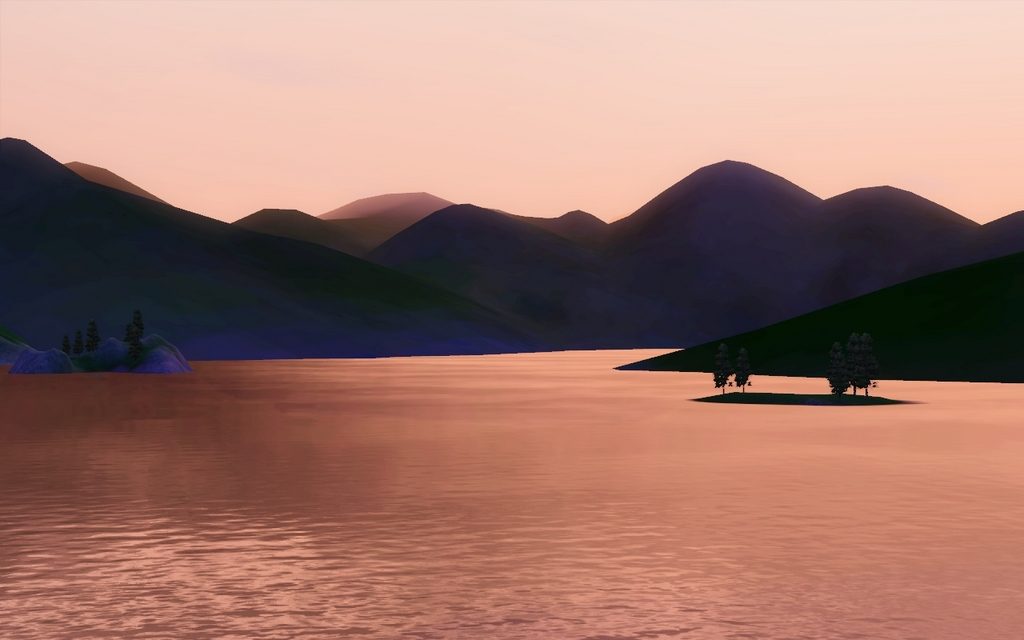 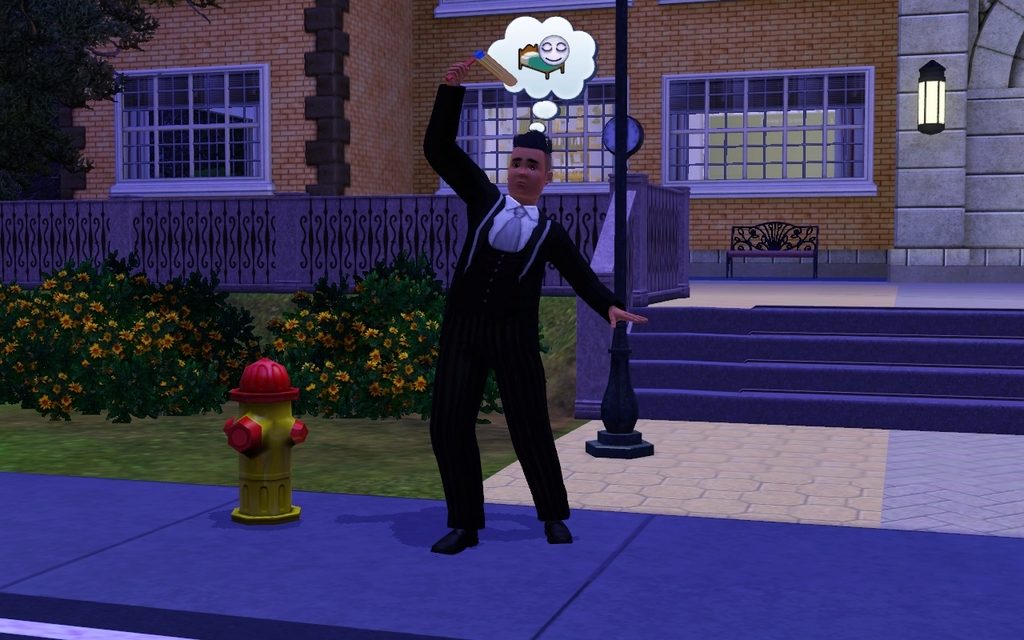 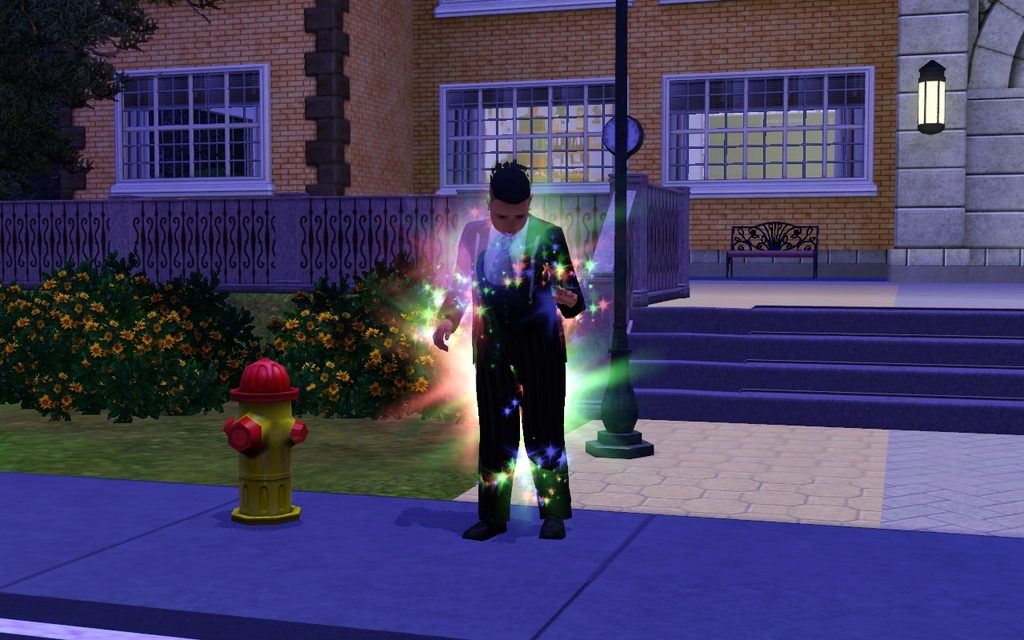 He rolls loser. So he´s a neurotic, heavy sleeping, ambitous, cowardly loser. Poor guy. His lifetime wish is alchemy artisan, he has to reach level 10 in alchemy and use 50 potions. 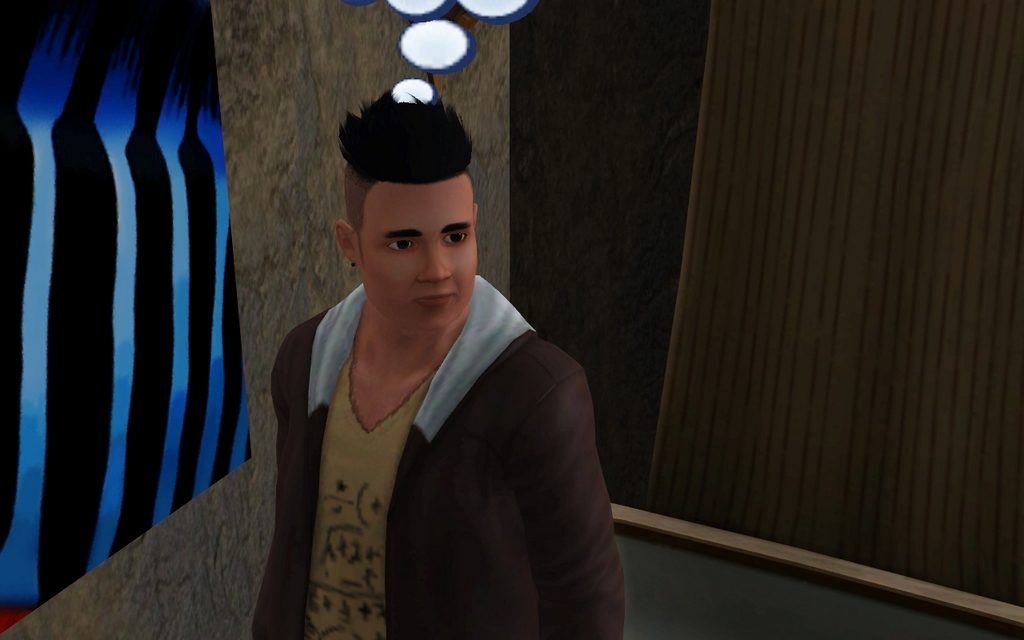 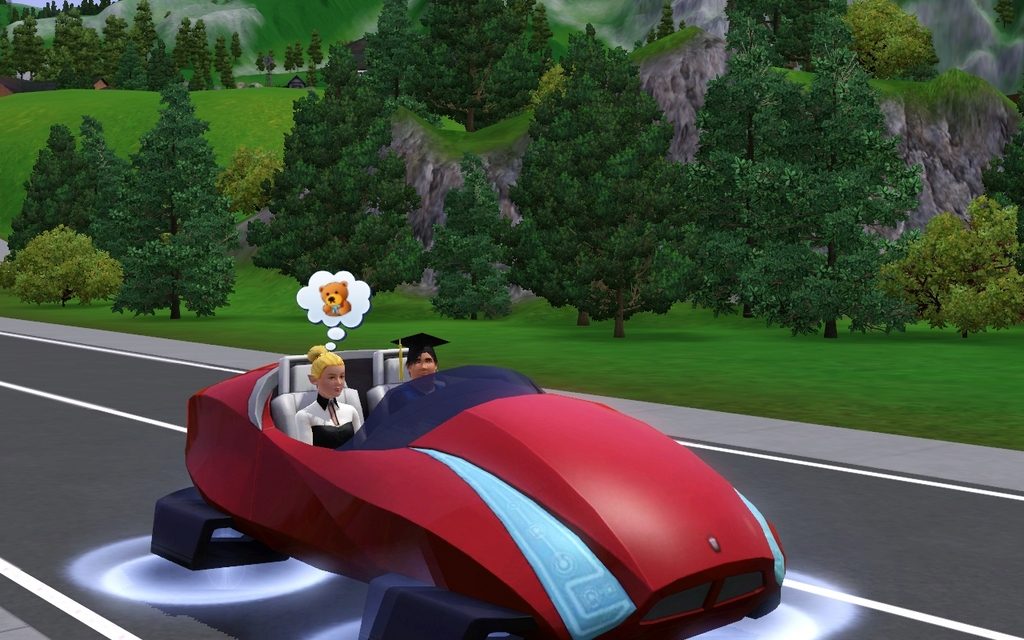 It´s graduation day. Celia still gets the moodlet from sleeping with a teddy bear, despite being not childish. Probably glitched, but it´s kinda cute. 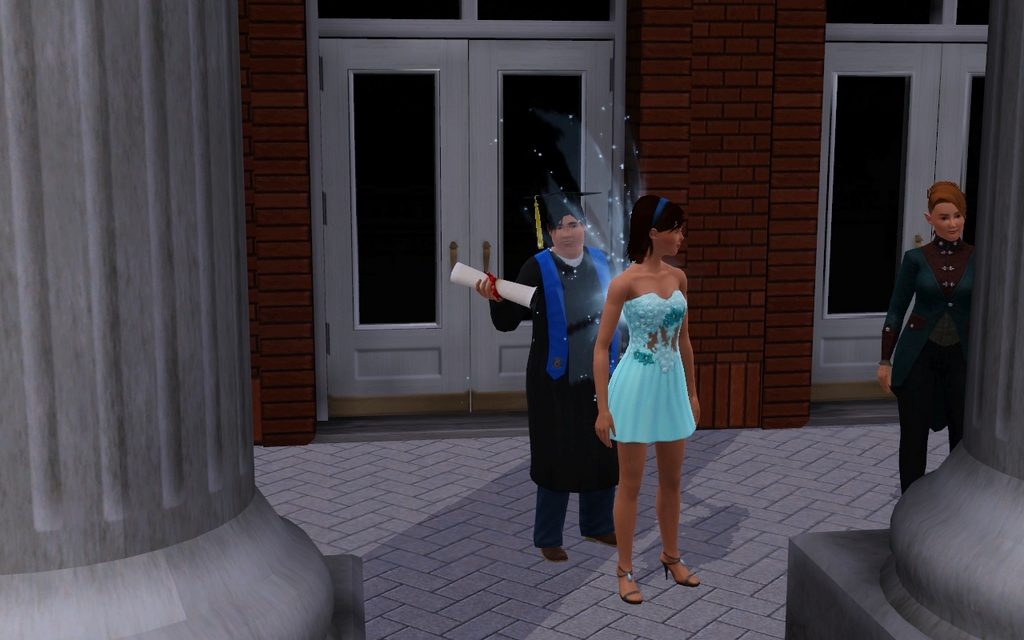 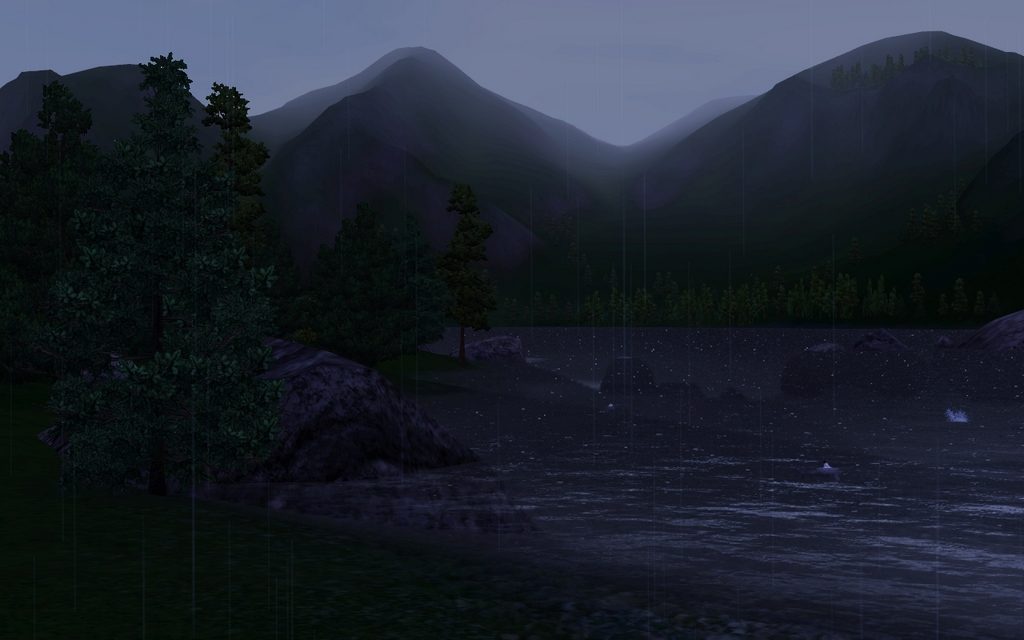 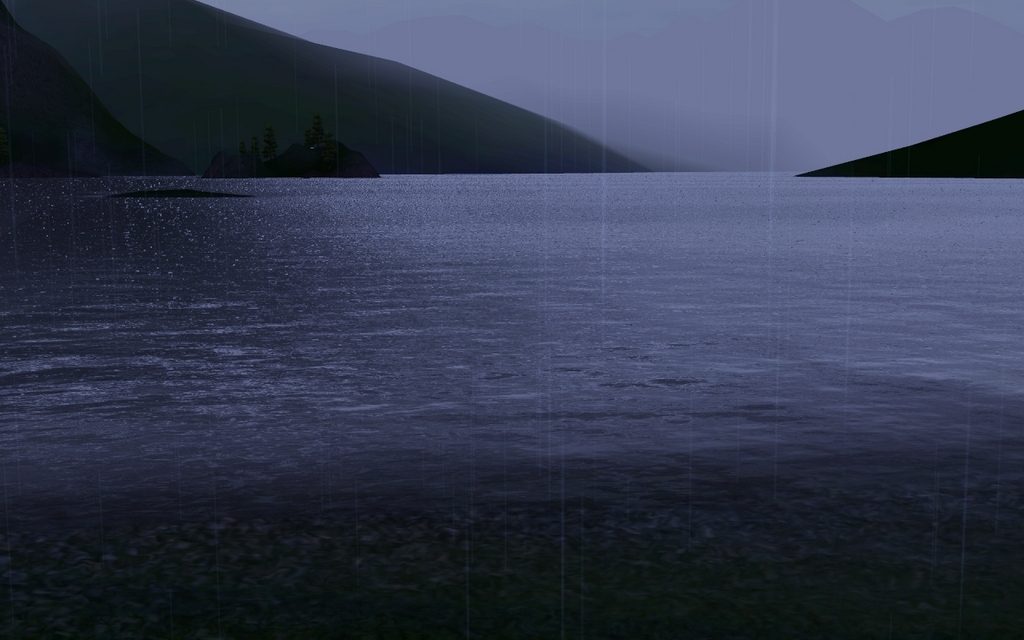 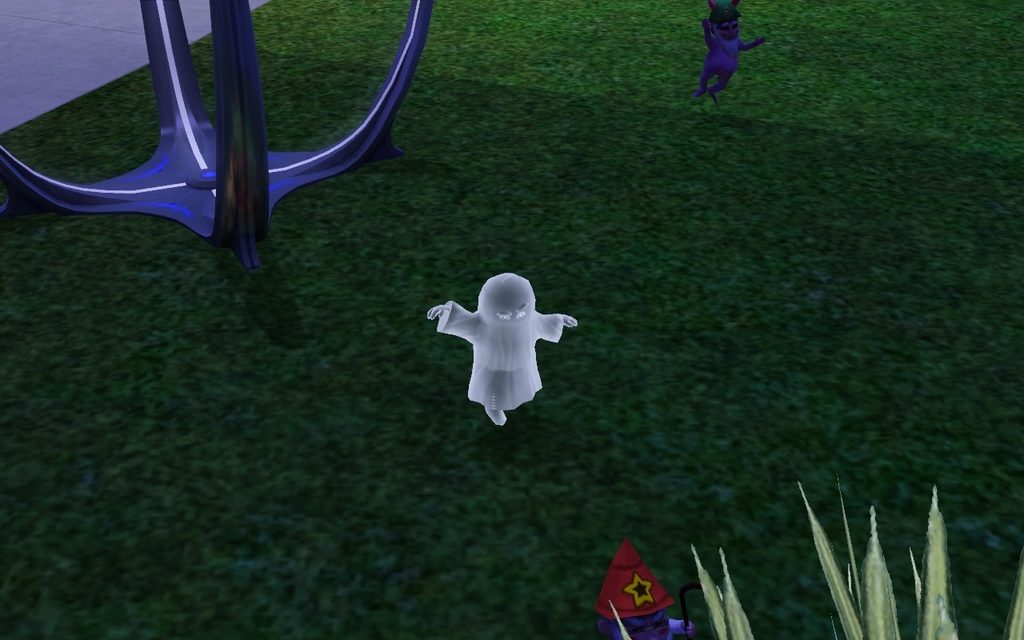 Someone found a ghost gnome in the claw machine. So now there are ghosts from all over the town visiting. 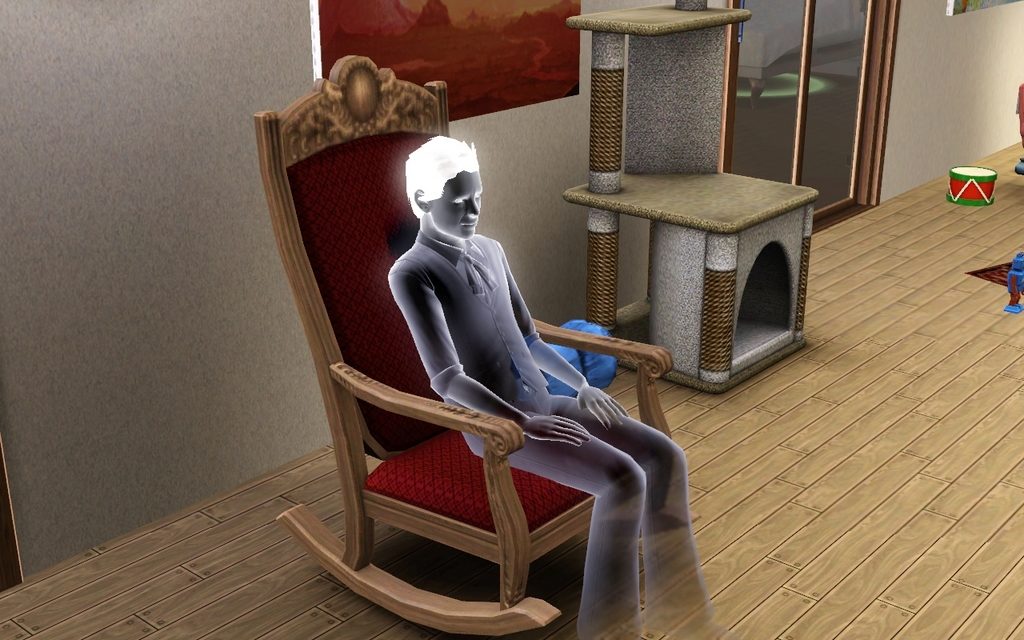 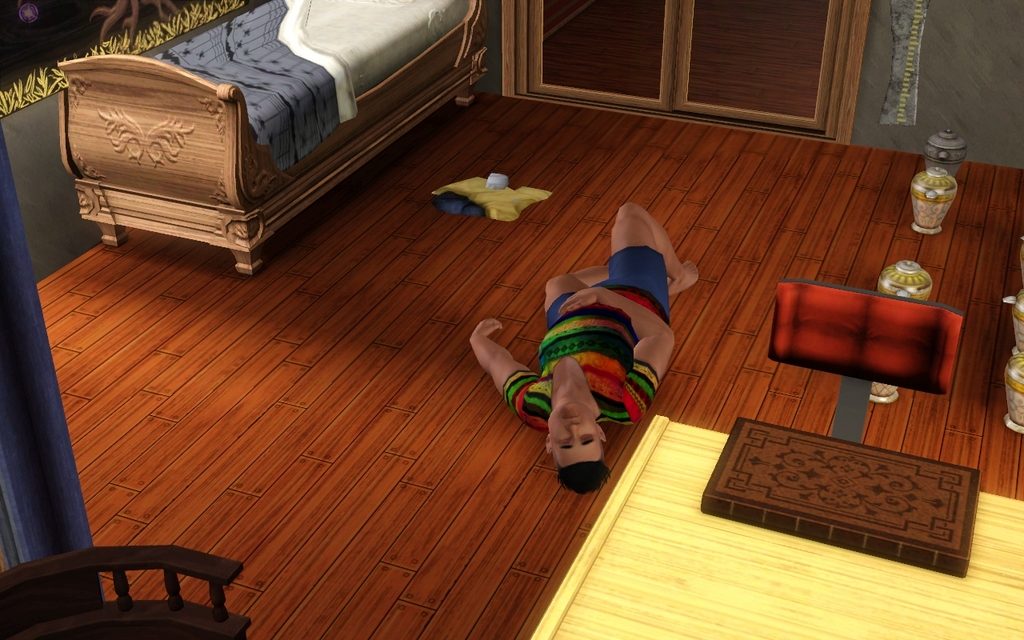 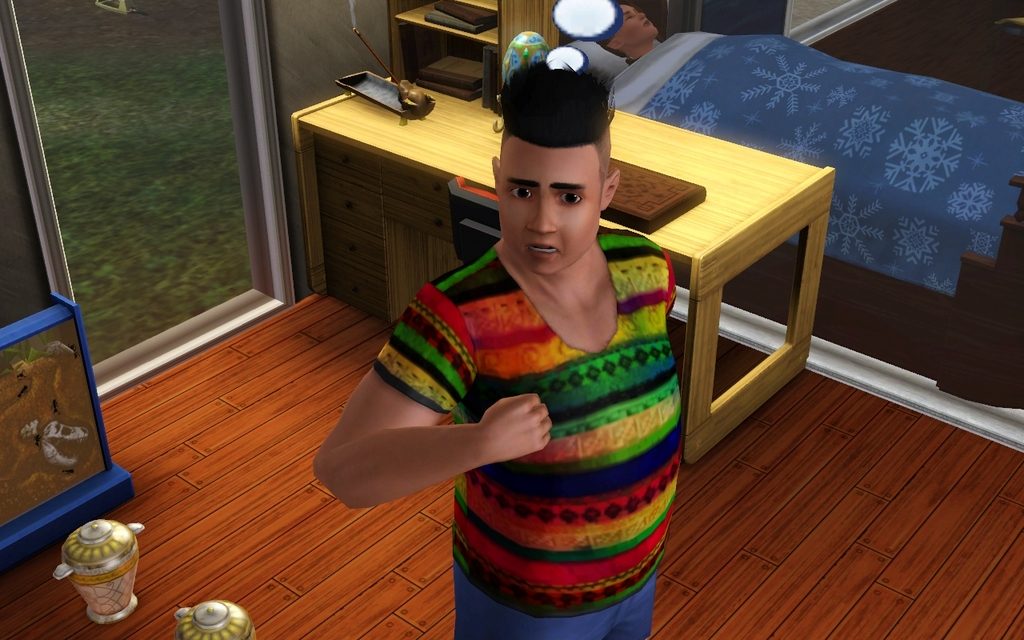 Henry: This is really embarassing! I can´t keep fainting like that!

Well, you are a coward… 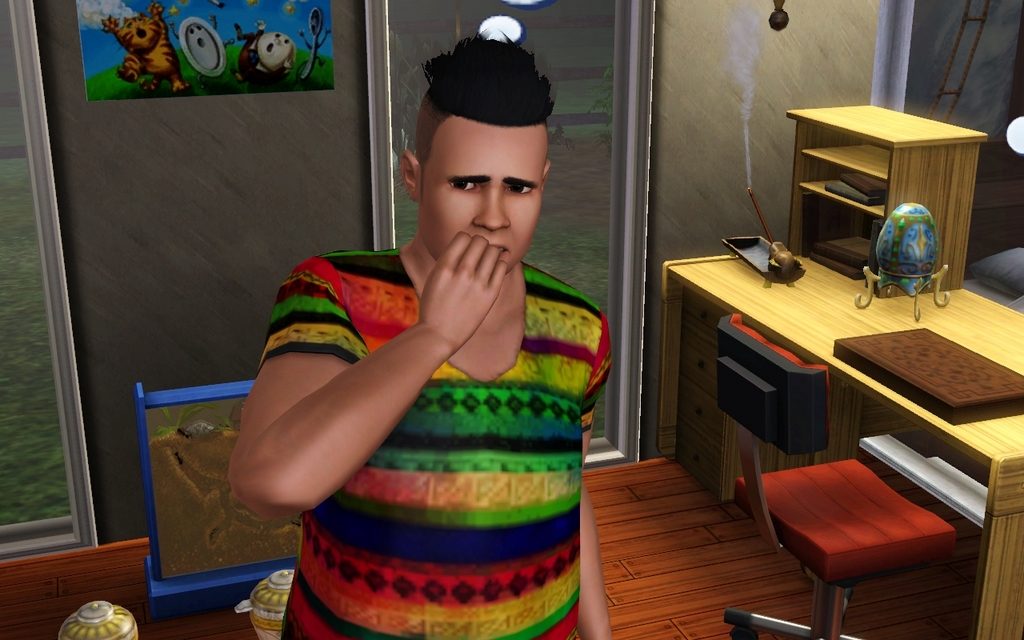 Henry: True. Ooooh, what if there are more of them? 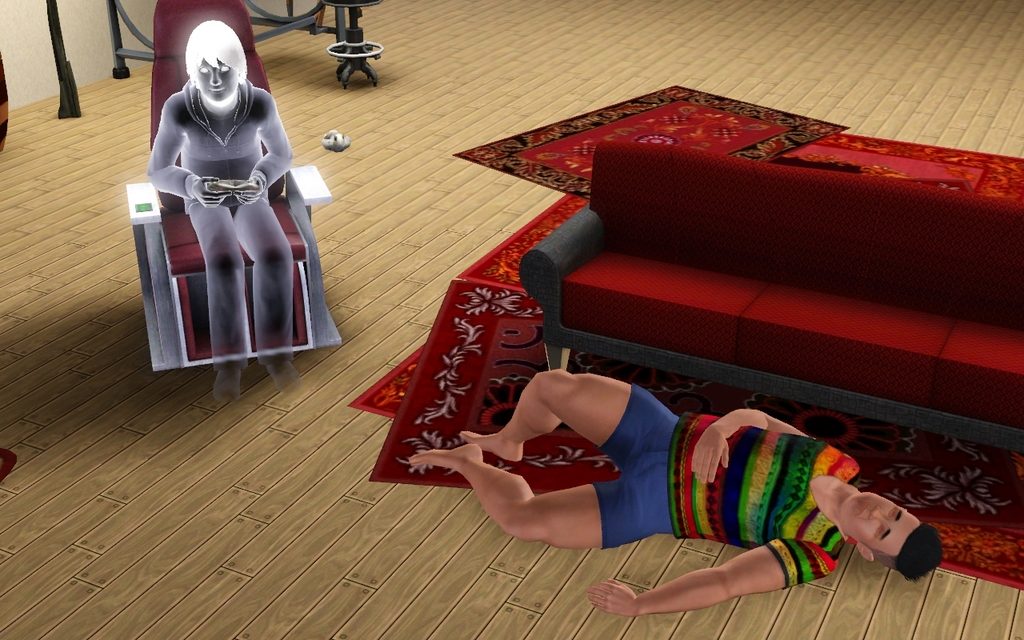 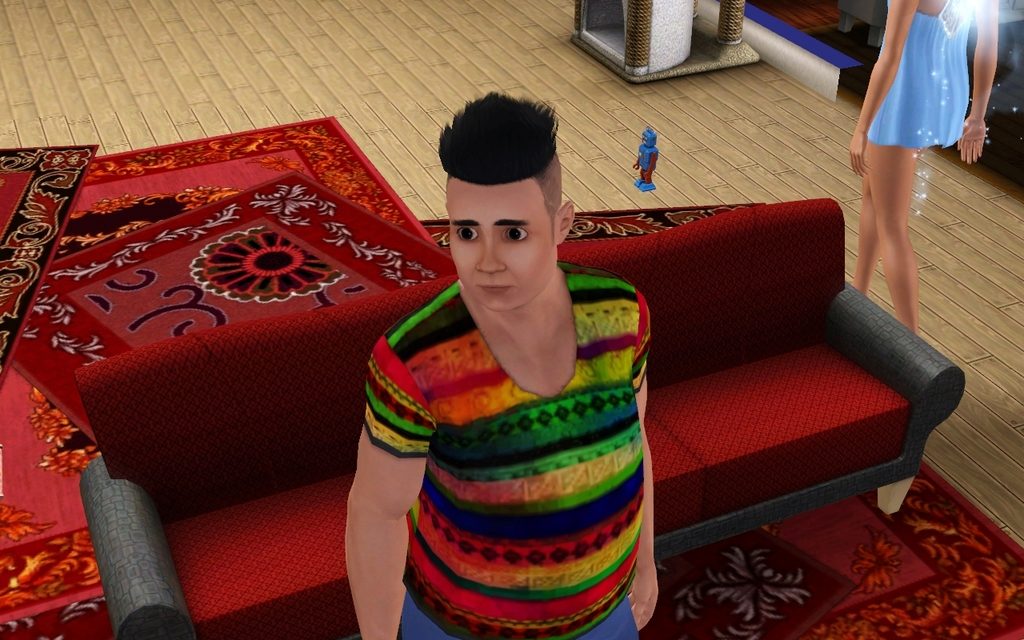 Henry: I just pretend, nothing happened. 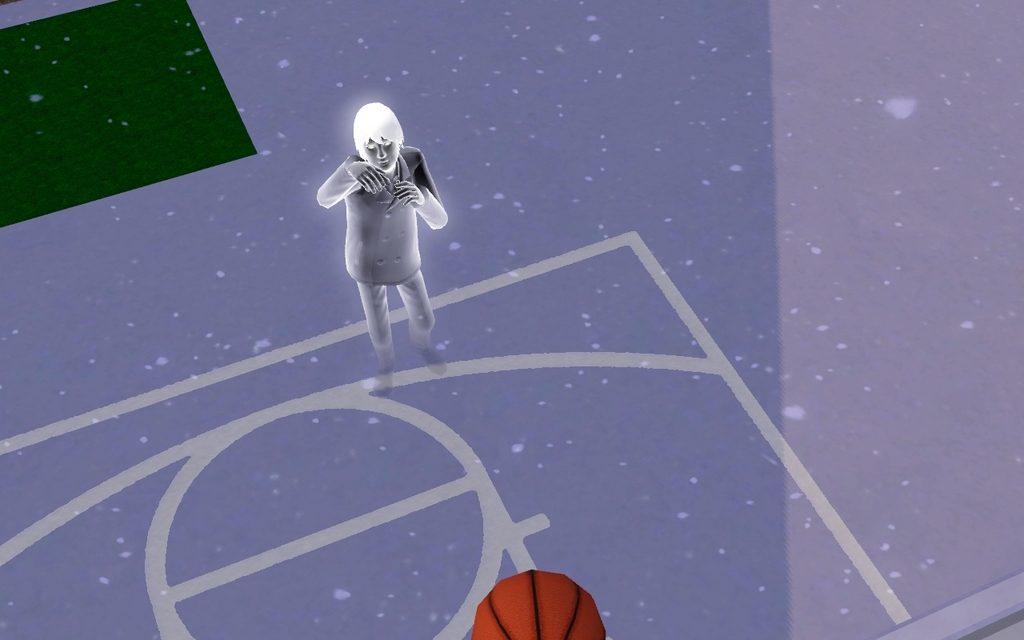 Randolph stays for a while. 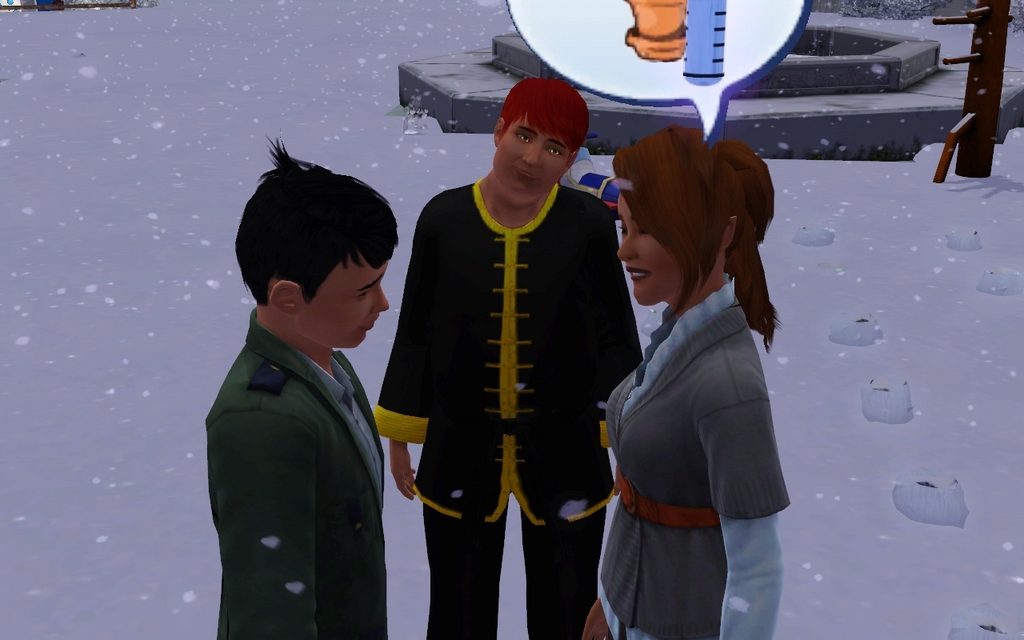 Andromeda invited Franklin to ask him to be her boyfriend.

Conall: Aww, but they are so cute. 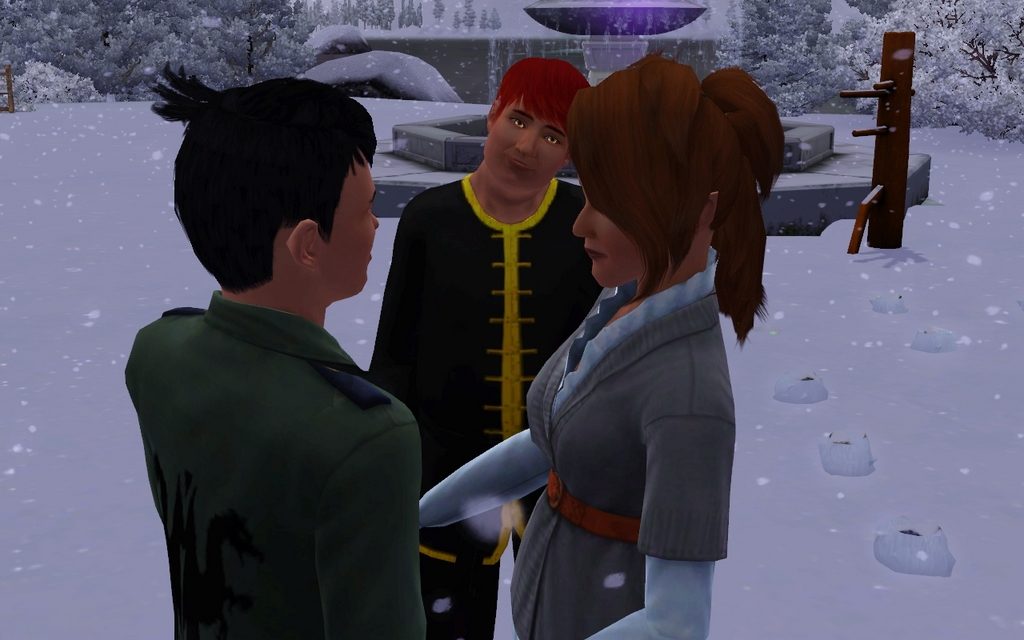 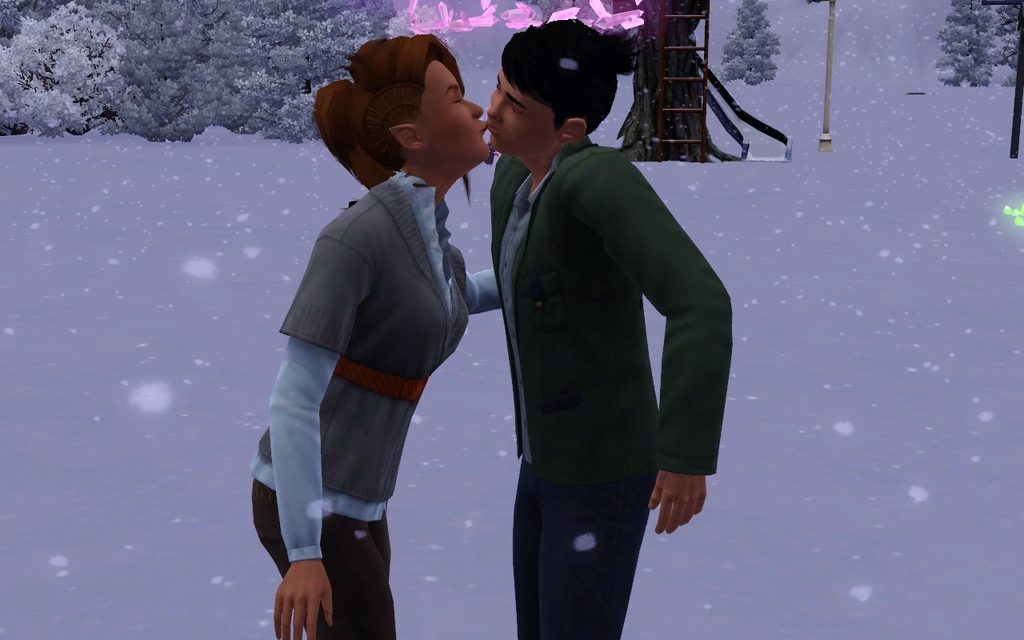 (He kept staring at them and nodding approvingly the whole time. It was hilarious.) 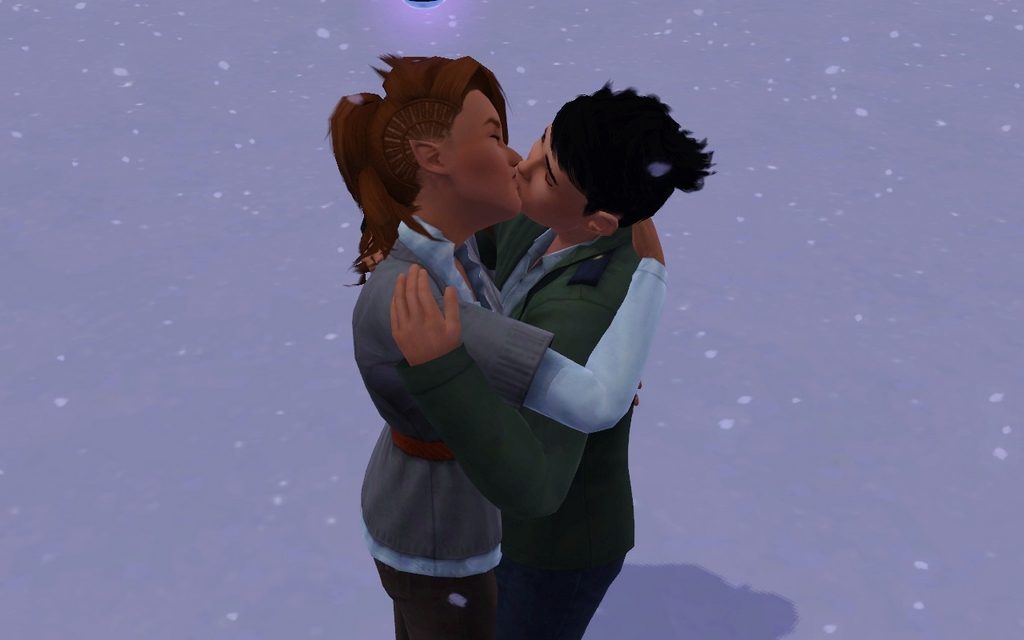 They celebrate in the tree house. 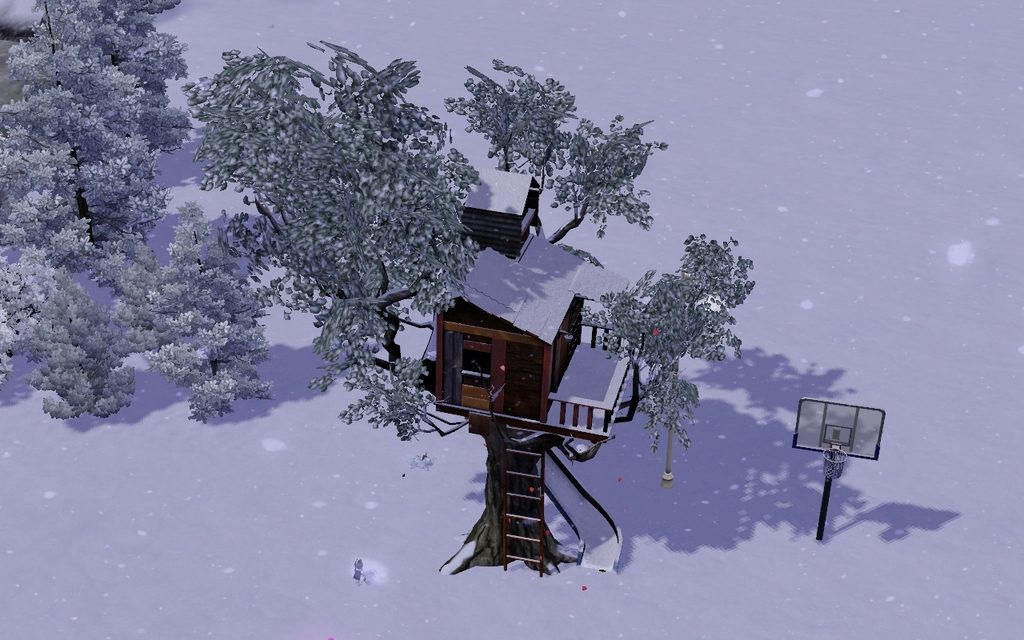