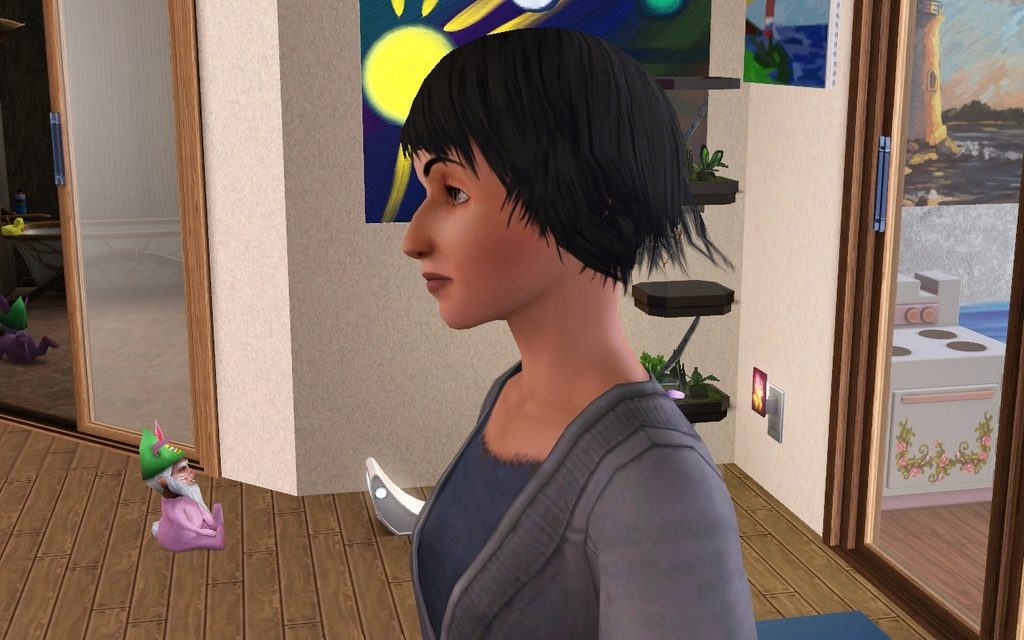 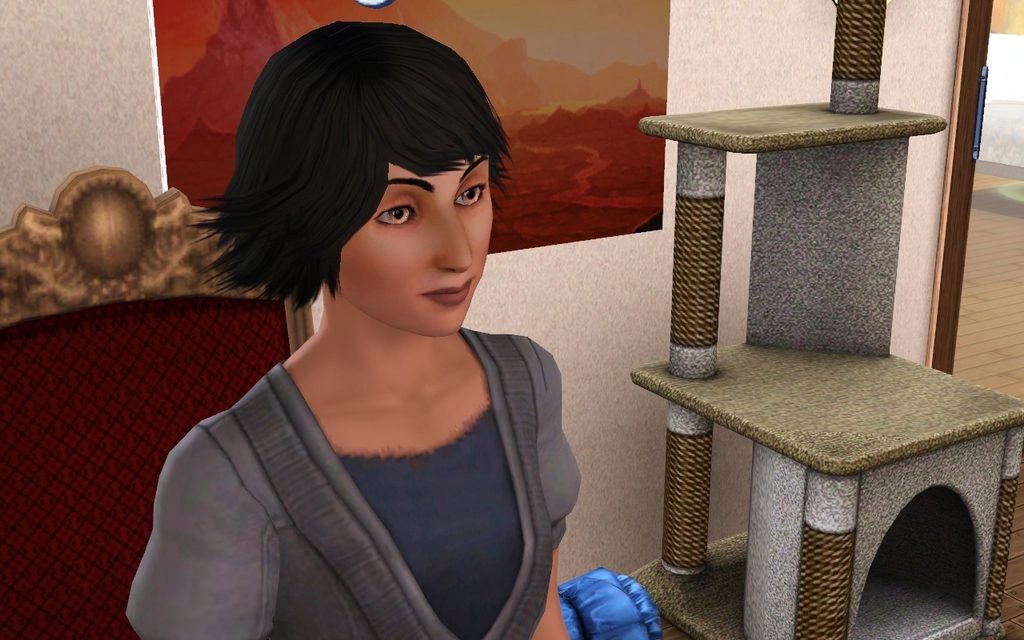 But her face shape is different, also her eyes. A very good combination of her parents genetics. 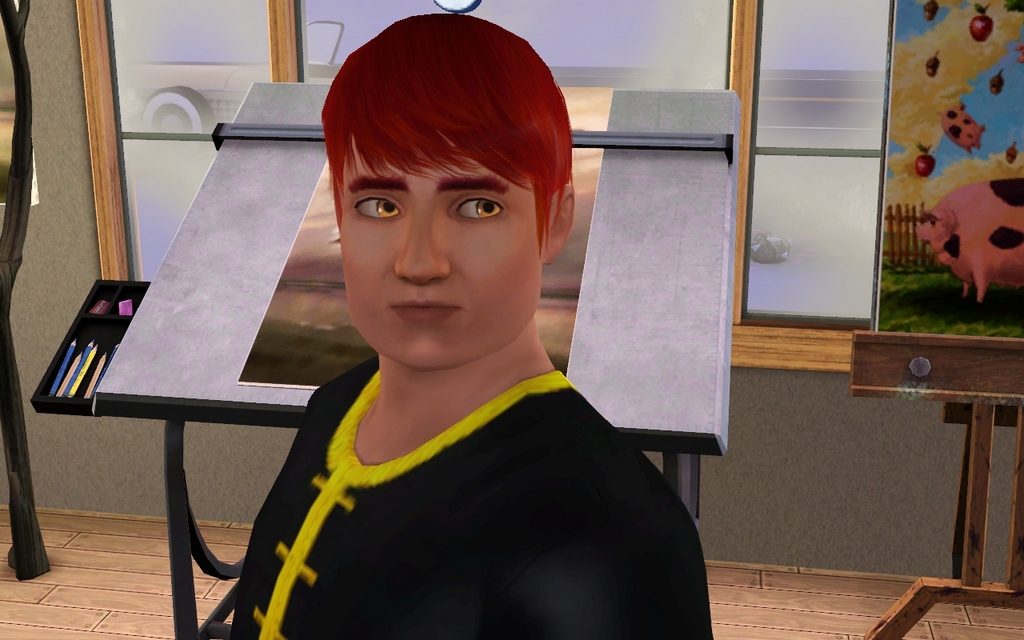 Conall: Of course she is! … You really think, she has my nose? 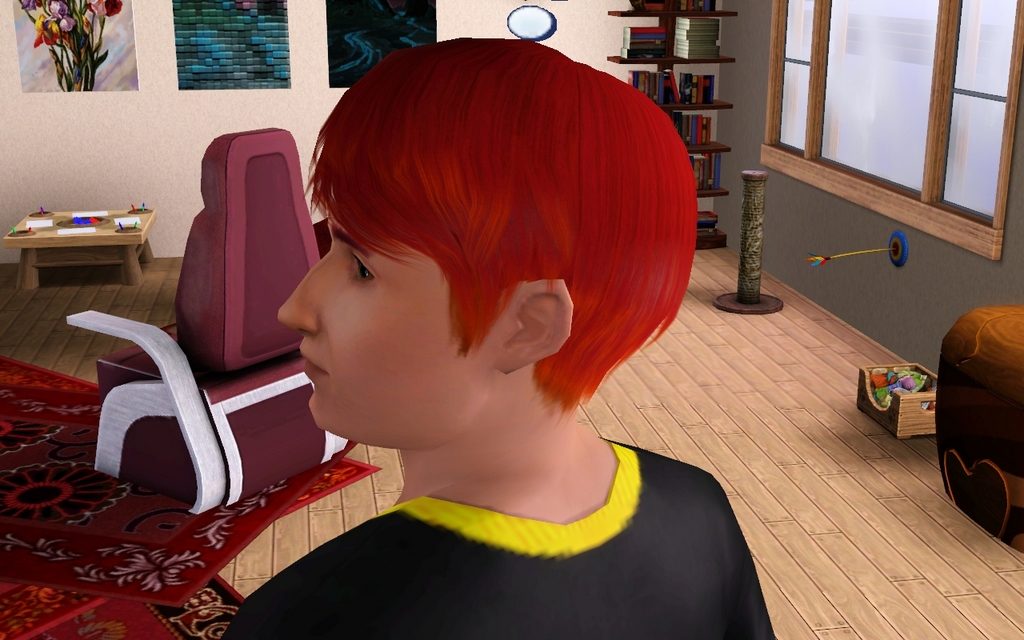 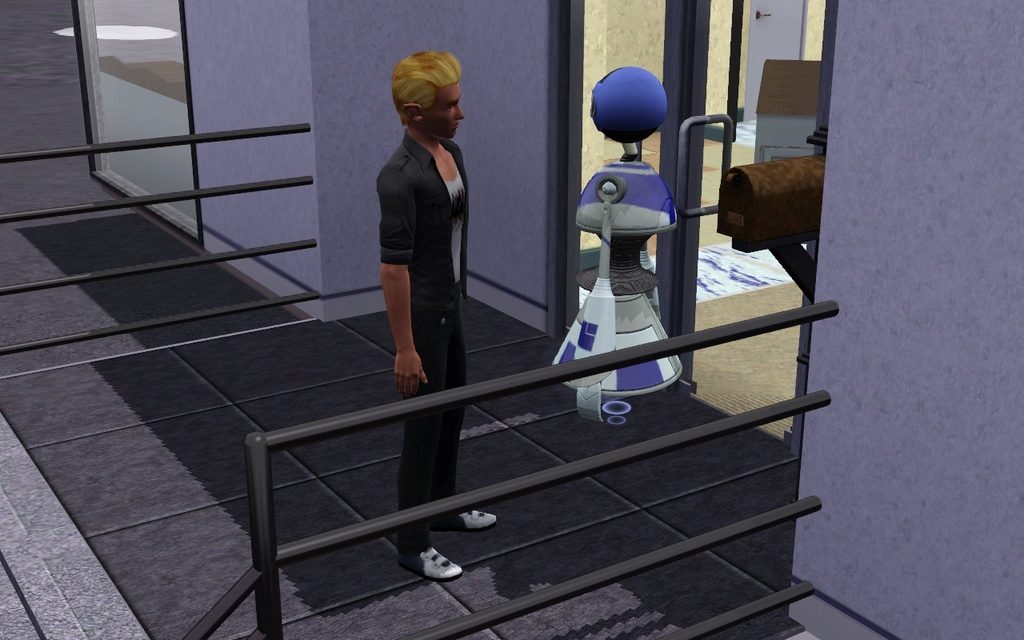 A new case, this time for ELIZA. Something about a flamingo. 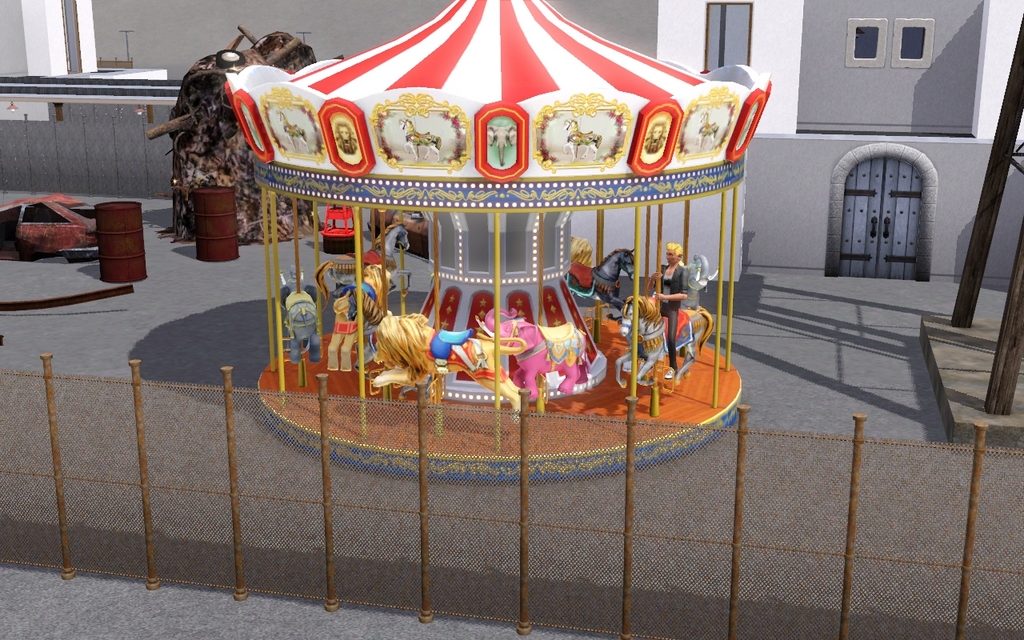 But first, Thanatos tests the merry-go-round, that I got as the daily deal and placed at the junkyard. 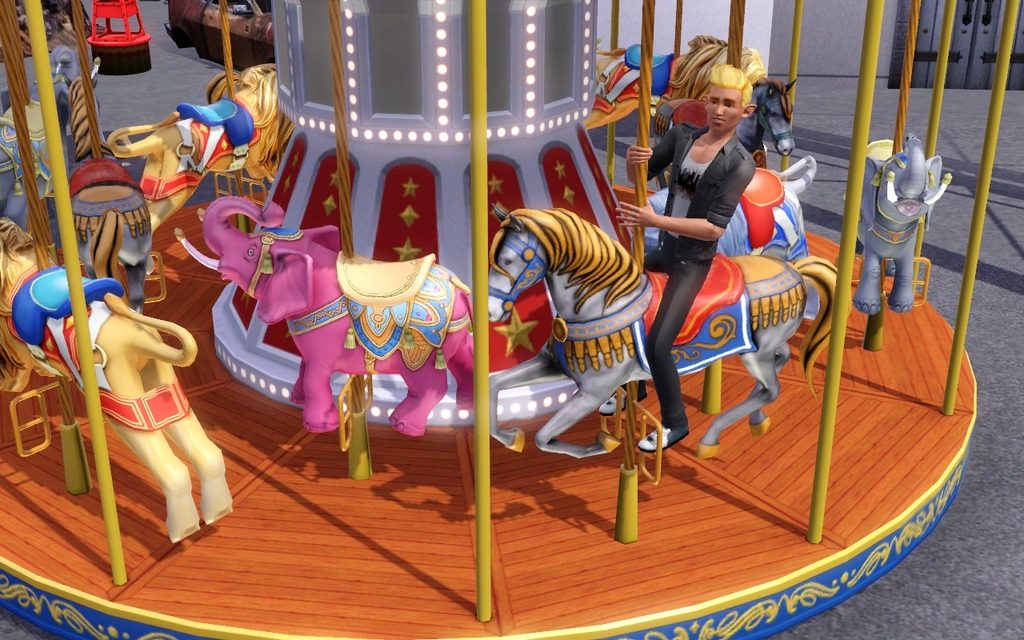 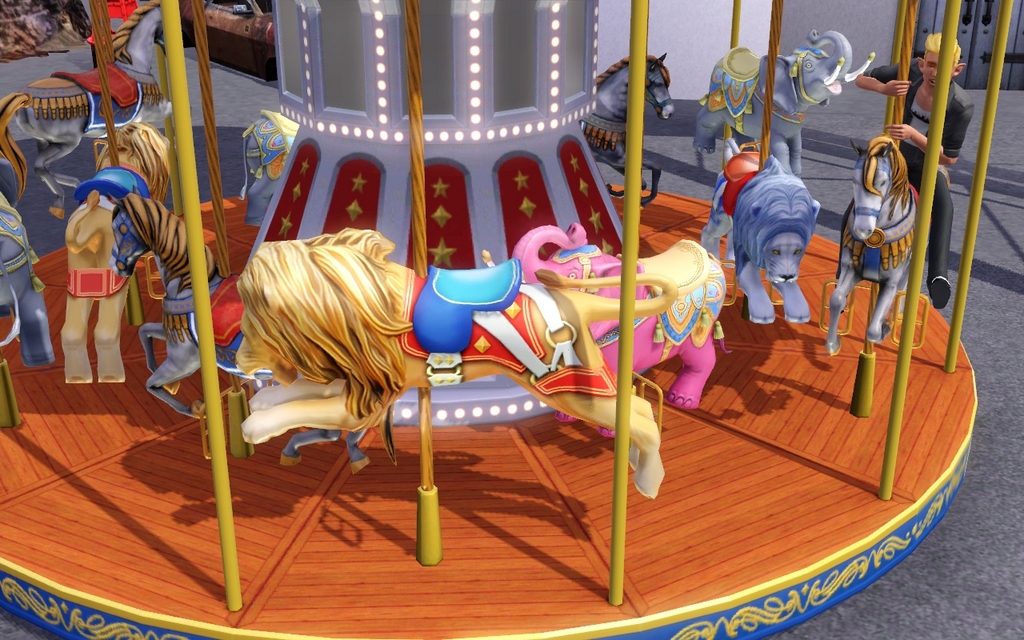 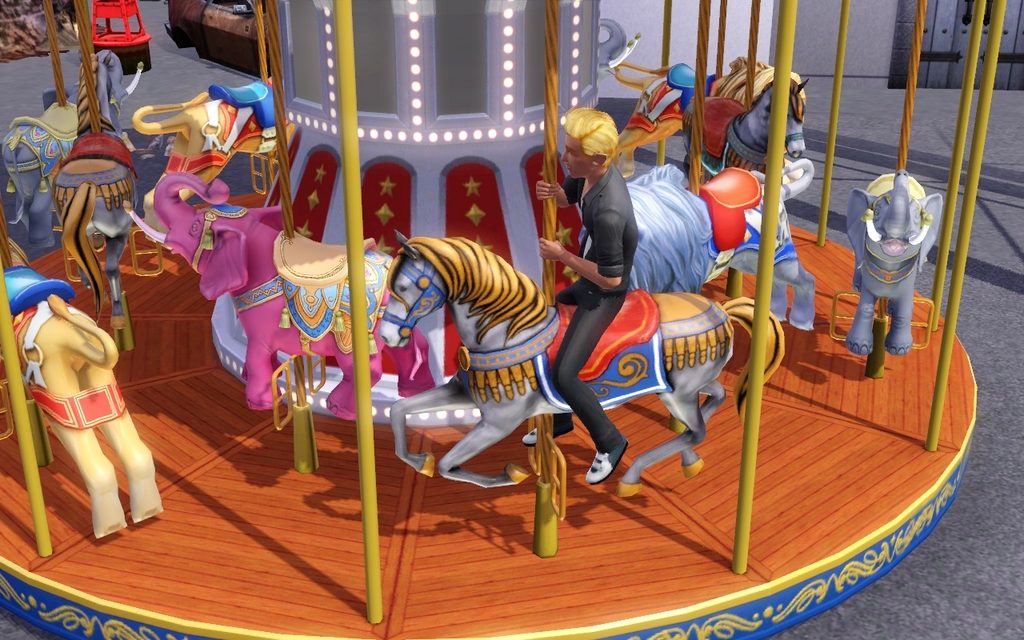 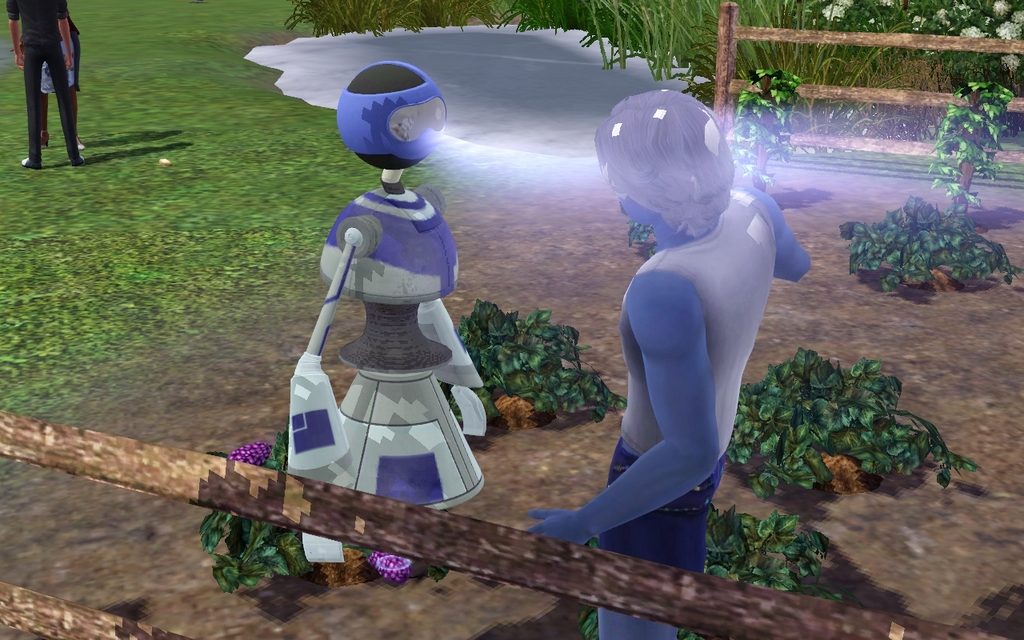 ELIZA seems to be doing her own investigation, she scans Julius. I don´t think, he would have nabbed her flamingo. 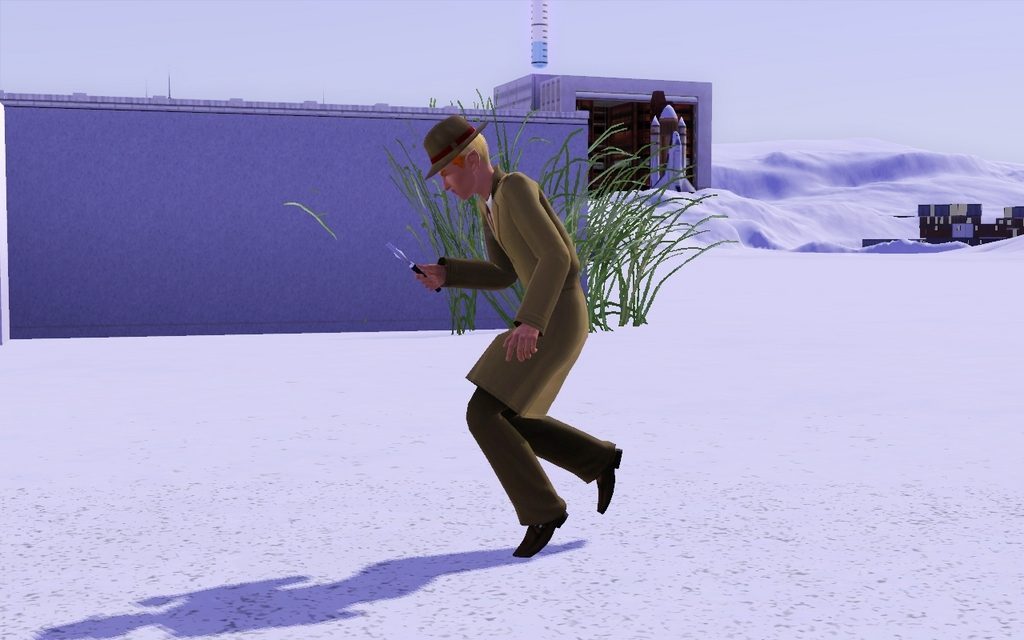 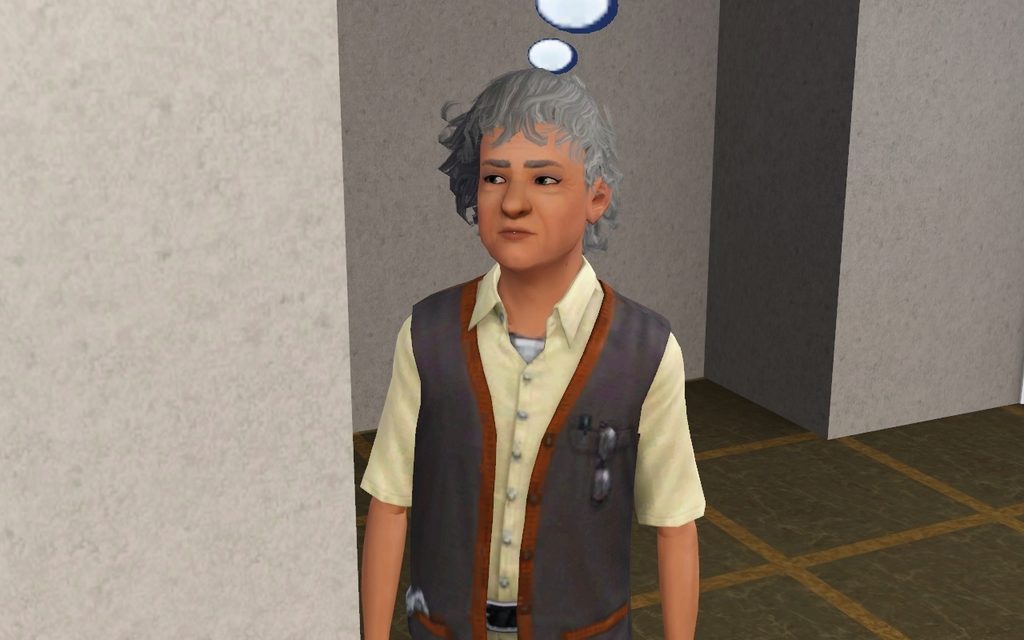 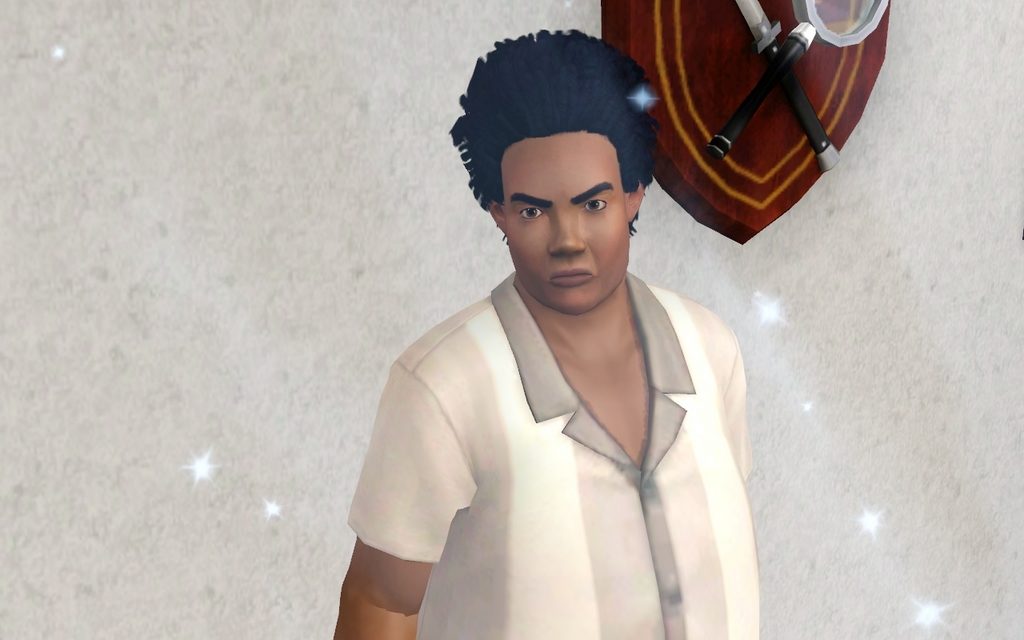 That´s his son. That´s some not so successful combination of genes. Sorry. 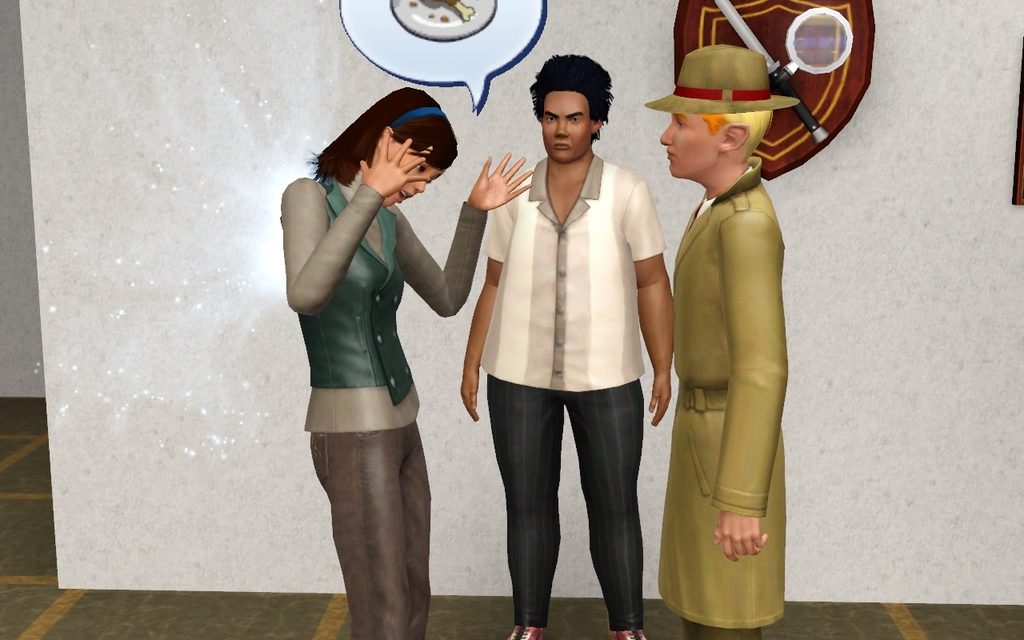 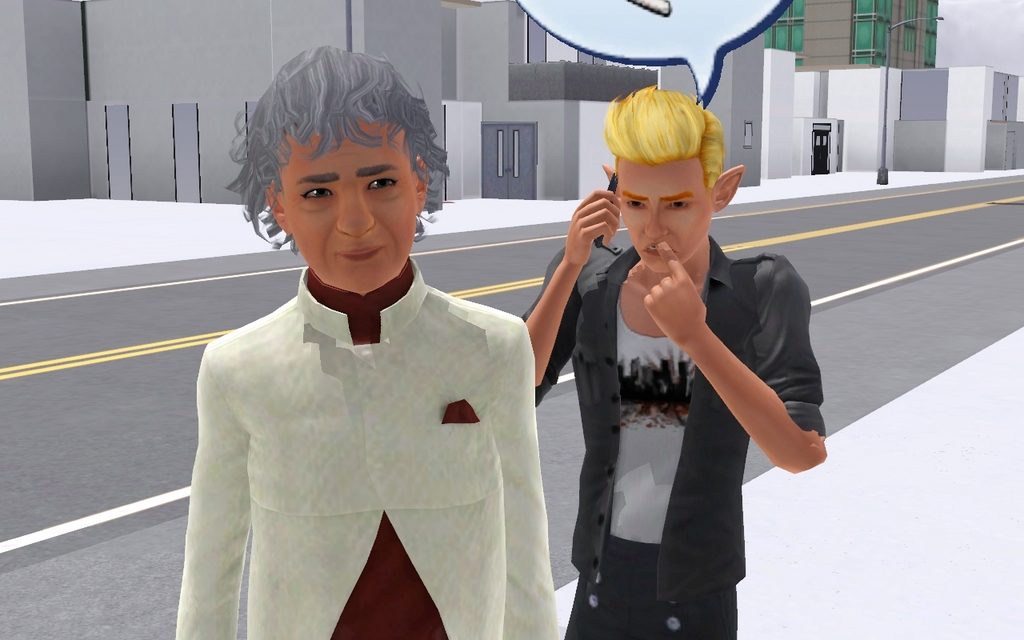 And case closed! The flamingo is saved! 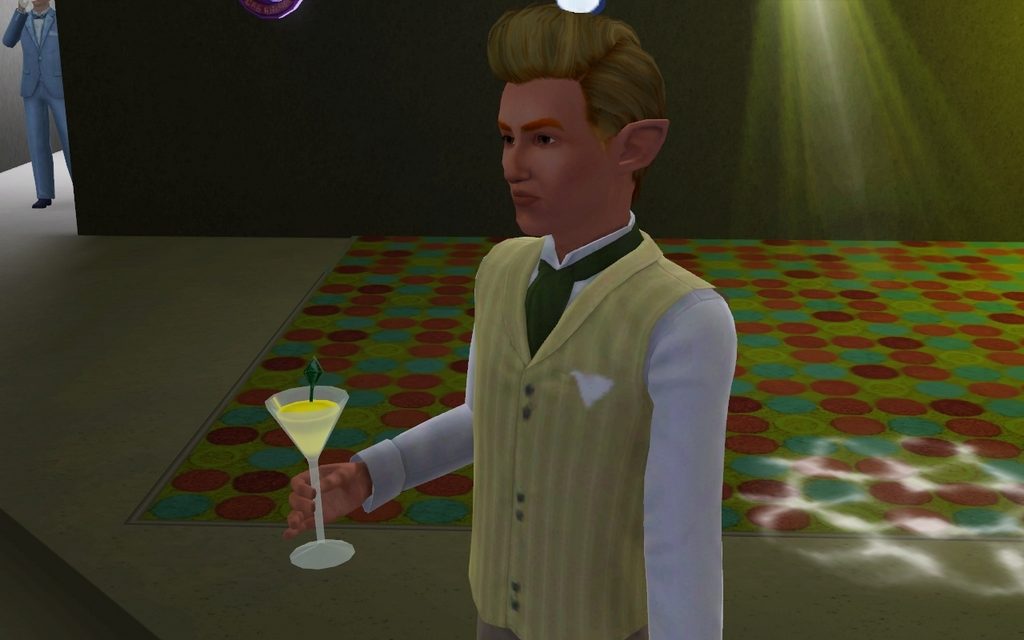 Thanatos was standing right at a club and wanted to try a drink, so here we are. 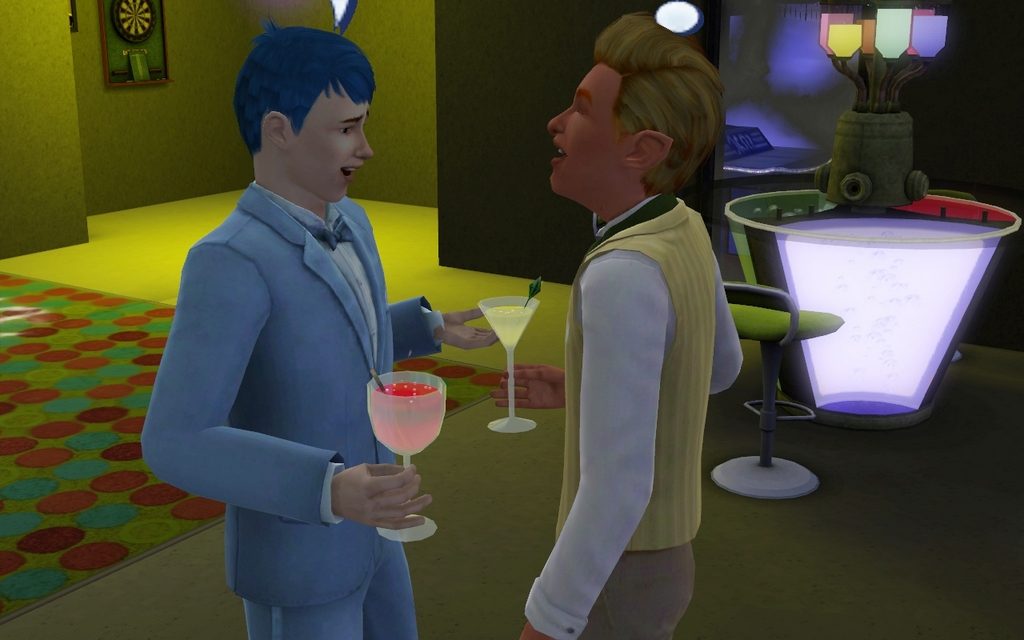 I brought Sixty-Nine over. (I really have to give him a proper name). 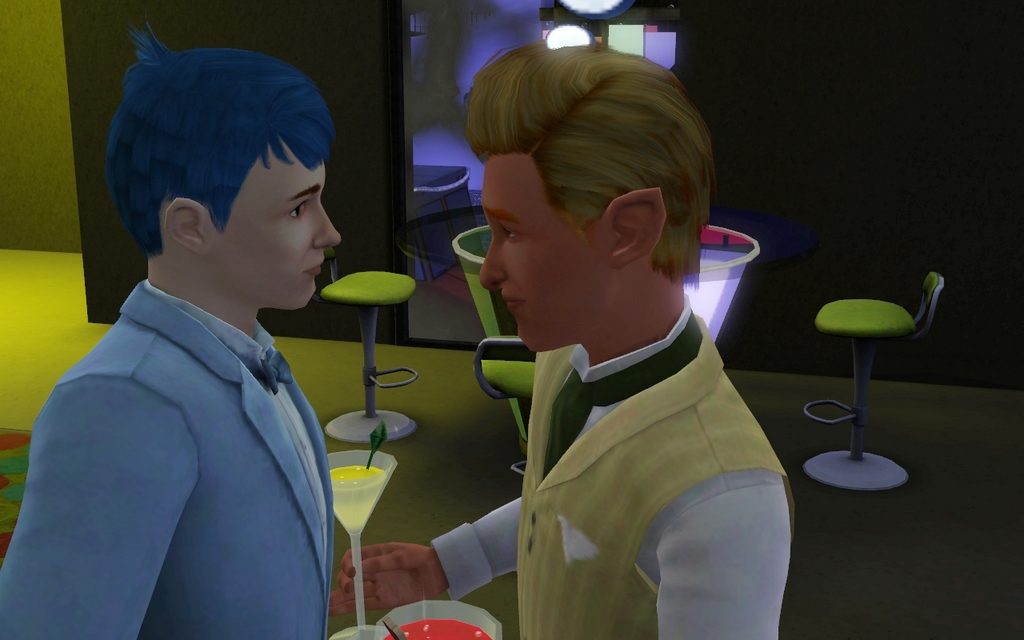 They are an odd couple. They never roll any wishes for each other, the only thing they do together is wohoo. 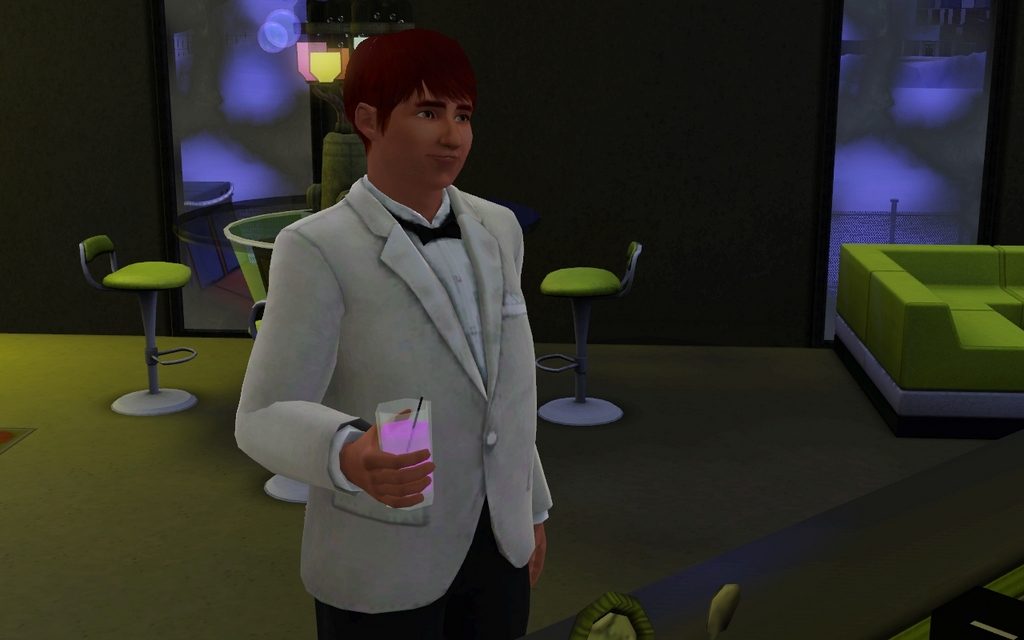 I also brought Conall, because why not. The club is a bit empty, but he´s having fun.