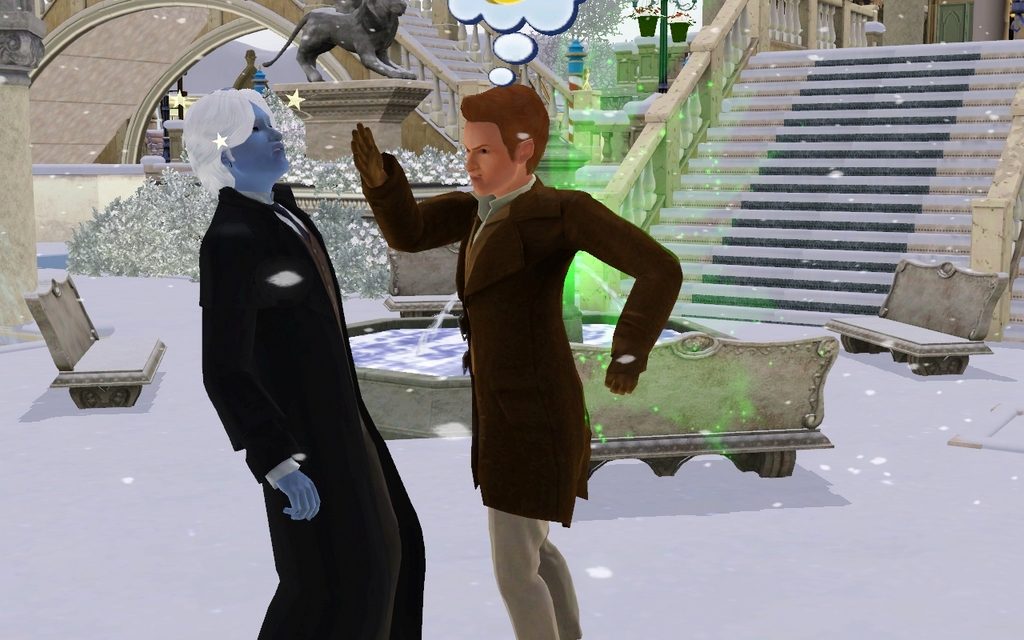 So I sent Julius and Eric to the Last Venue of Amore lot. I also let Carol invite Rian. Julius and him don´t seem to get along. 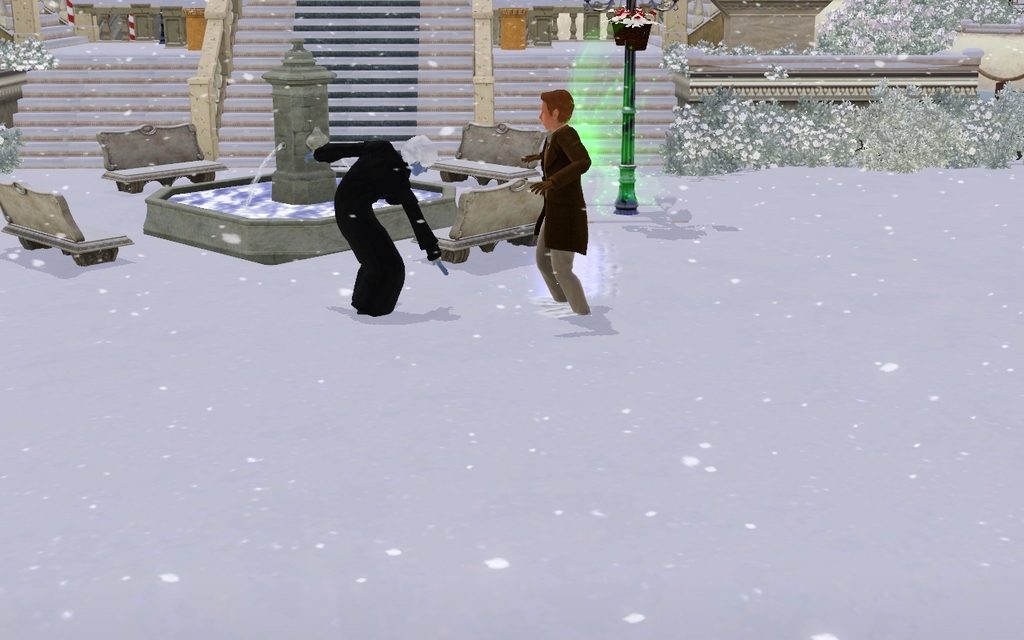 Have a potion! It´s nothing drastic though.

Julius: I wanted to throw that flask of bees. 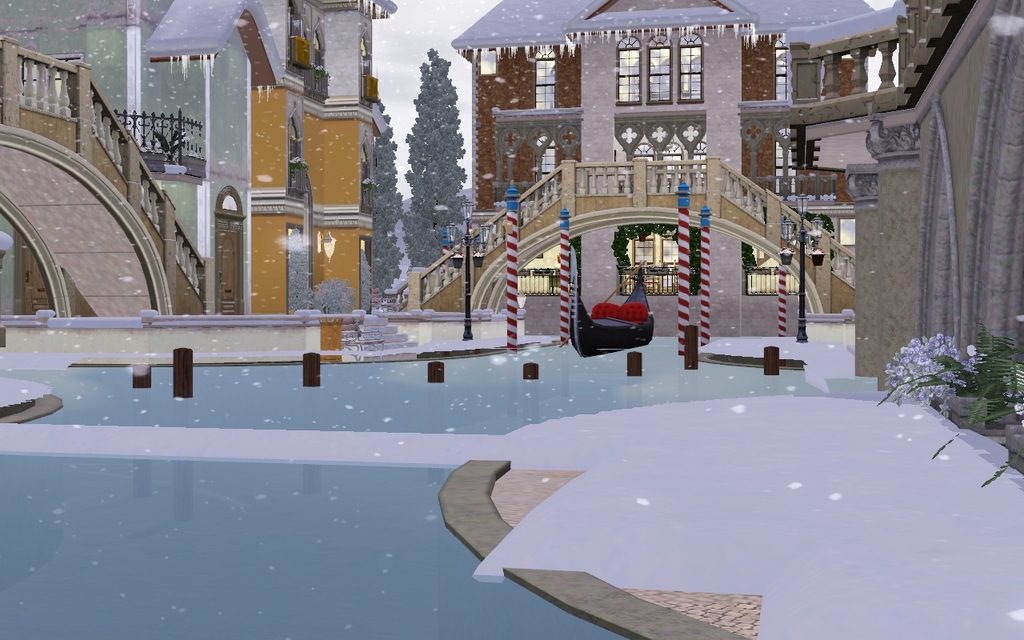 So let´s have some romance. 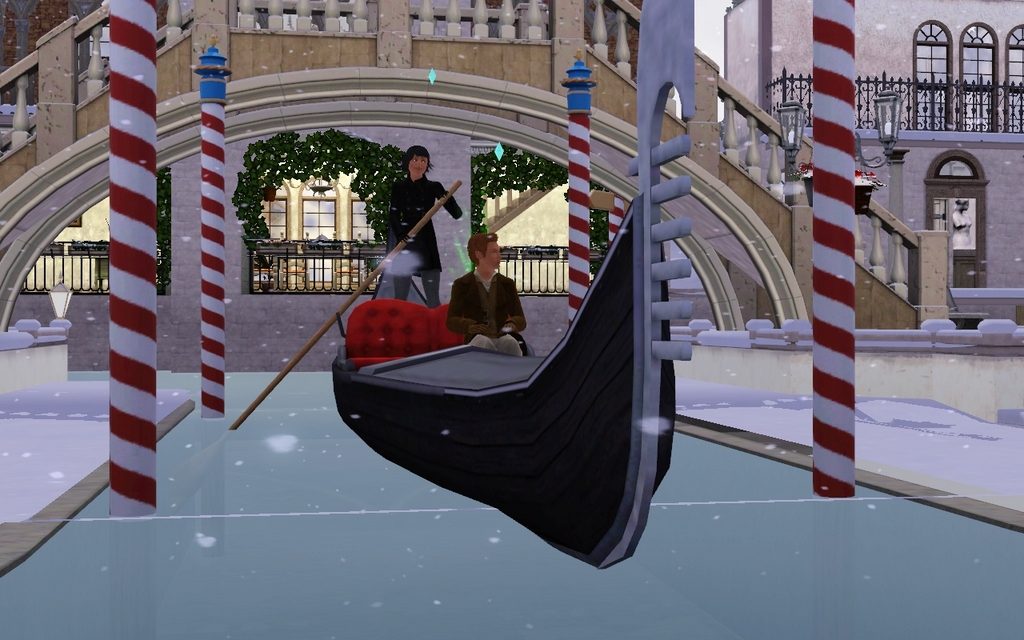 Um. This is not exactly, what I had in mind. 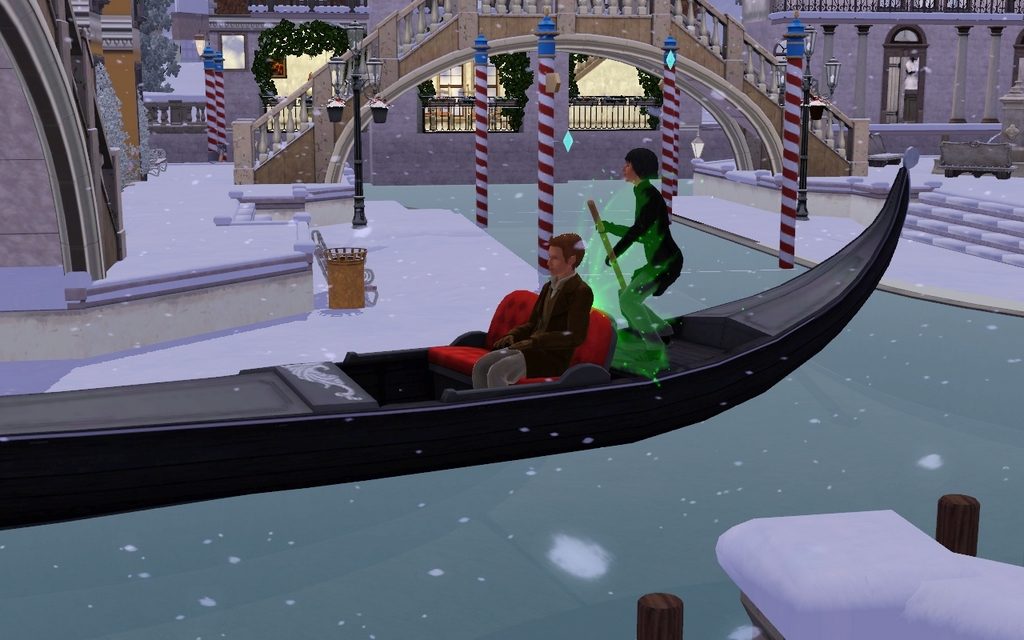 Ah, well. They seem to enjoy themselves. 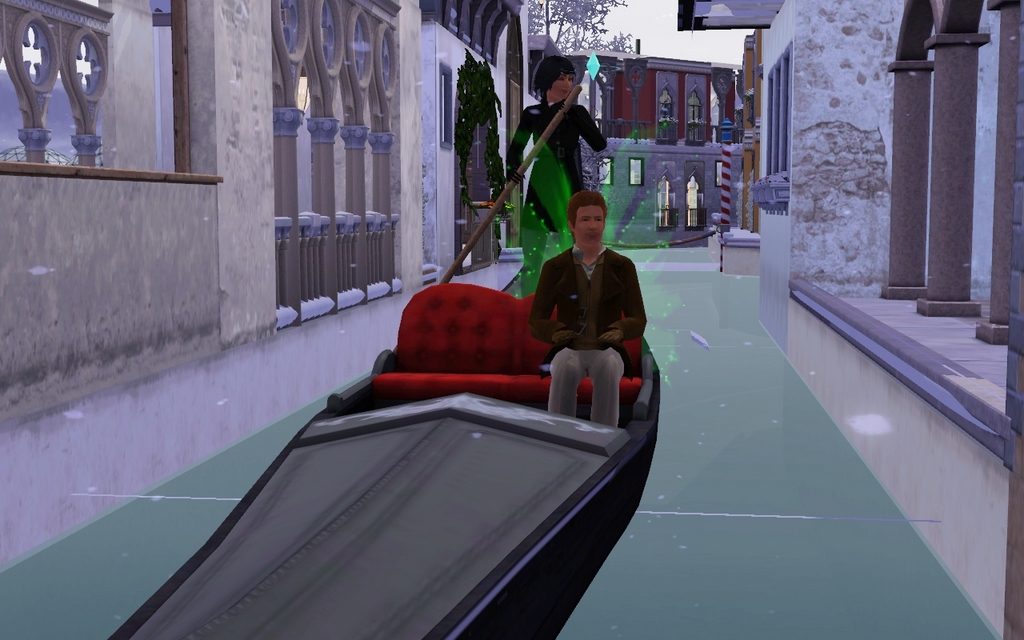 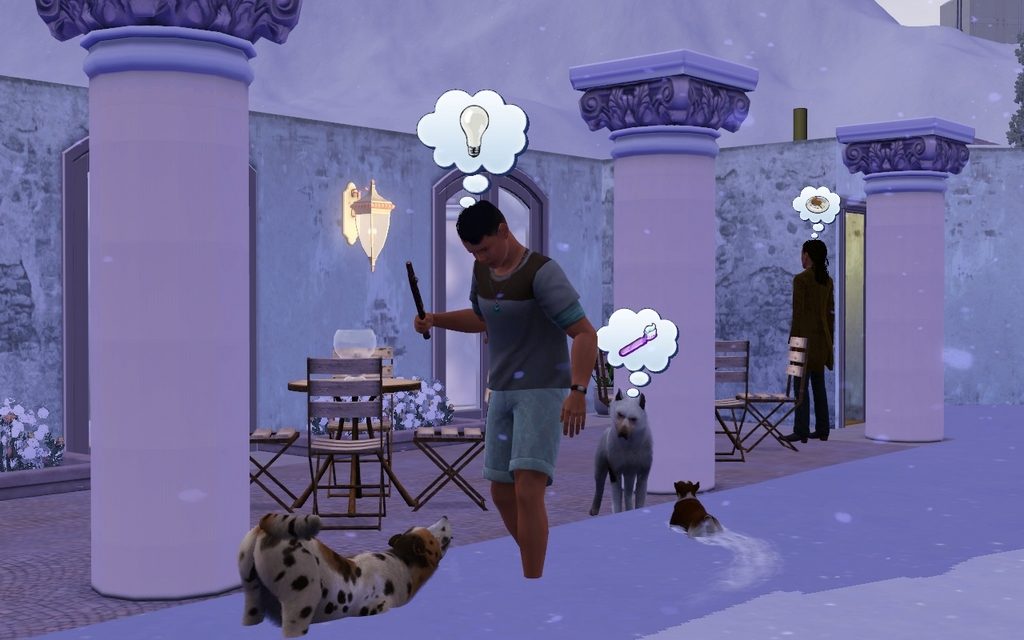 The other two wandered off. Eric discovers some dogs. He´s a dog person. Don´t know, why he isn´t wearing his outerwear, though. 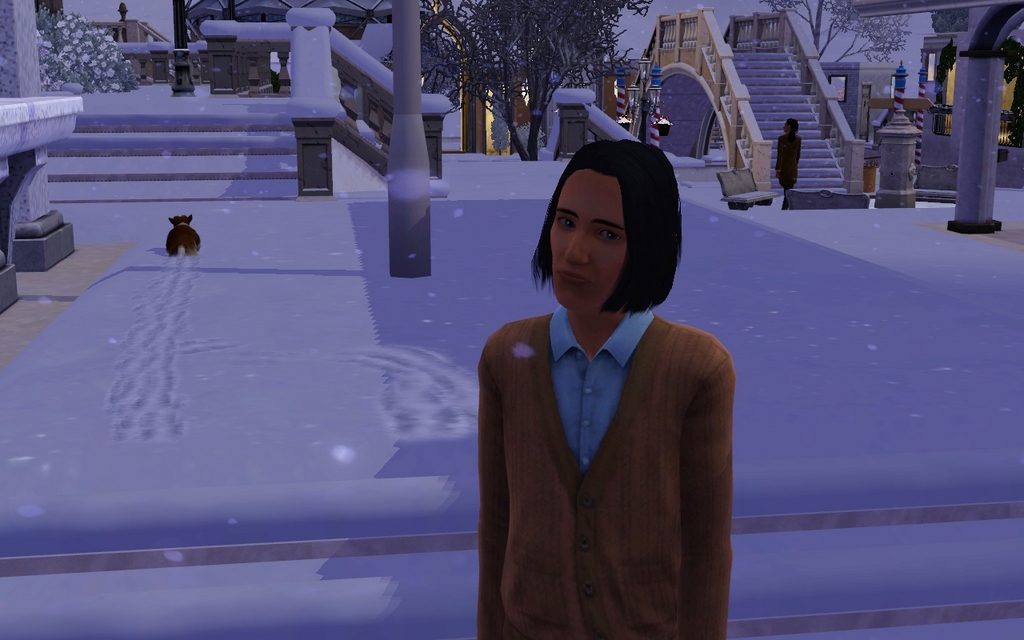 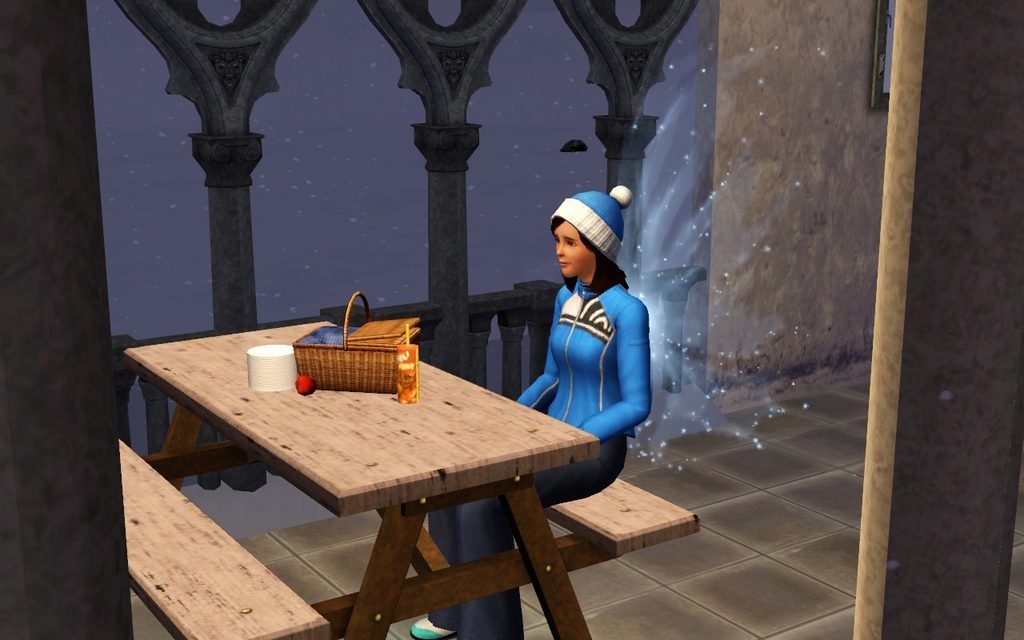 There´s Milli having a picnic all by herself. The townies seem to love that lot. But it´s so enormous, that it´s slowning down my game, the gondola ride is beyond buggy and so I deleted it after this. Pity. Maybe I´ll build a smaller venue. 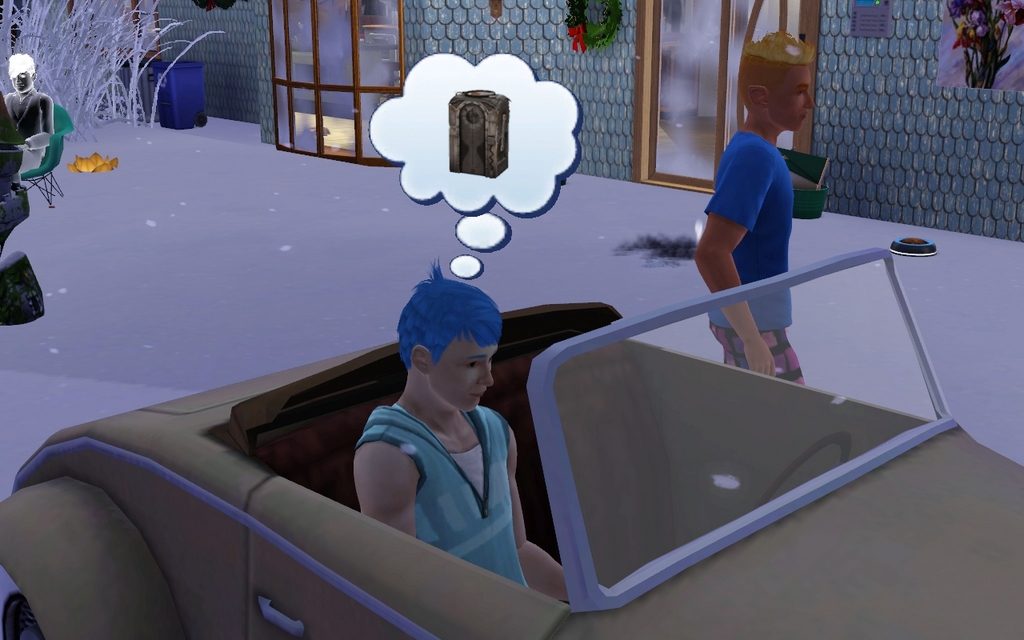 Sixty-nine and Thanatos wohoo in the car. Afterwards, they seem to want to carry on in the time machine. 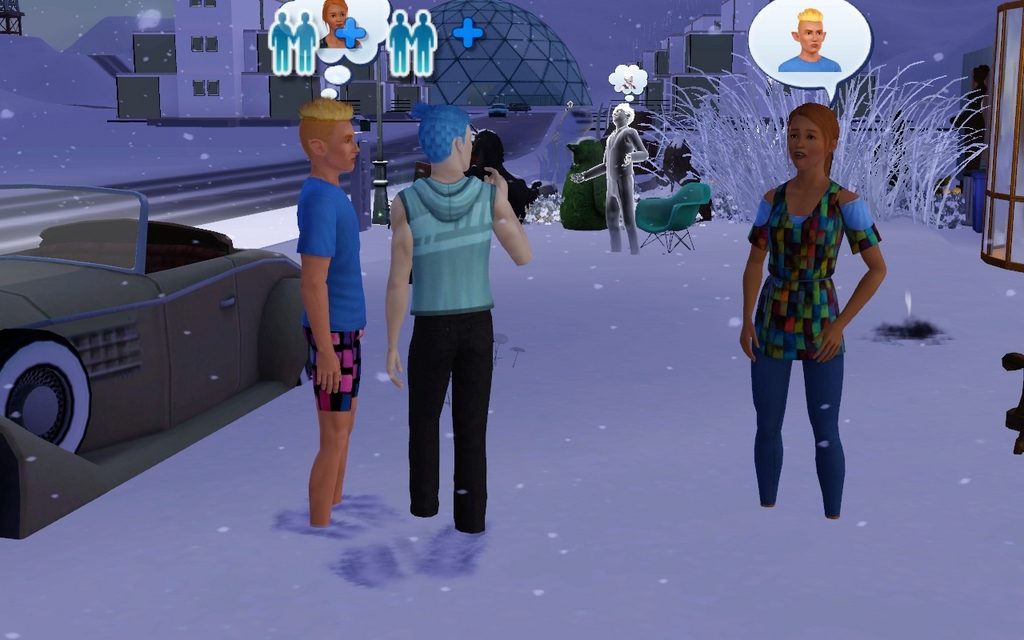 They get disrupted, though. Thanatos is weirdly popular. 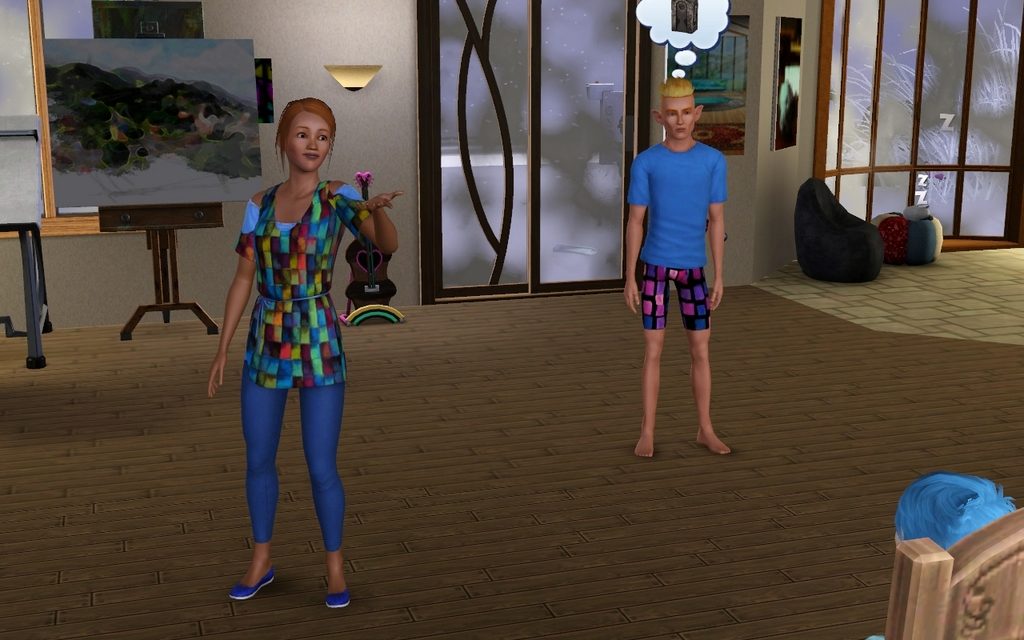 Don´t know, what this is about. 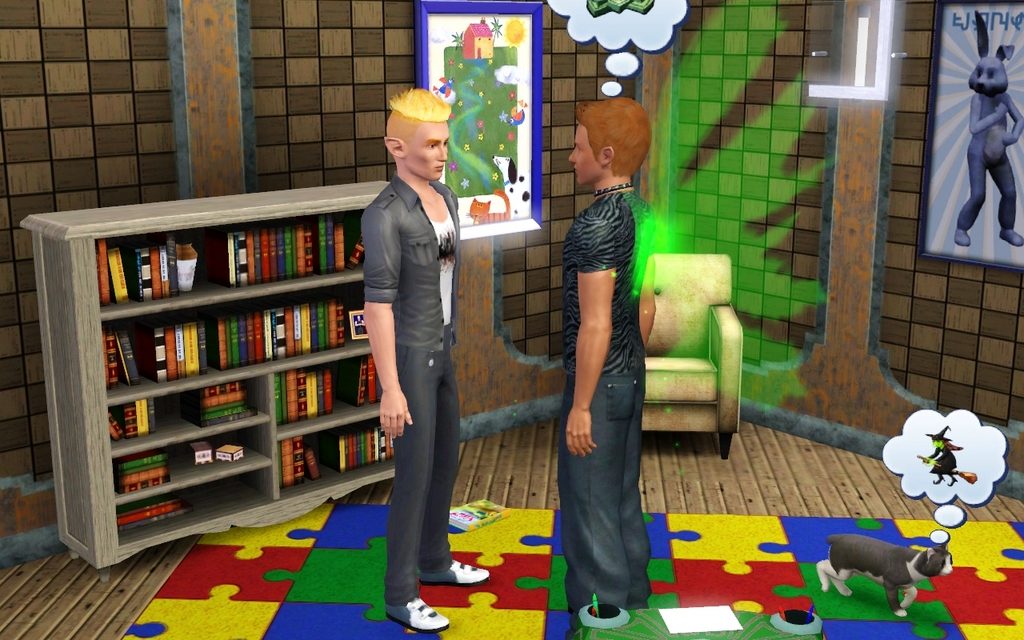 The next day, Thanatos meets Rian in the library. 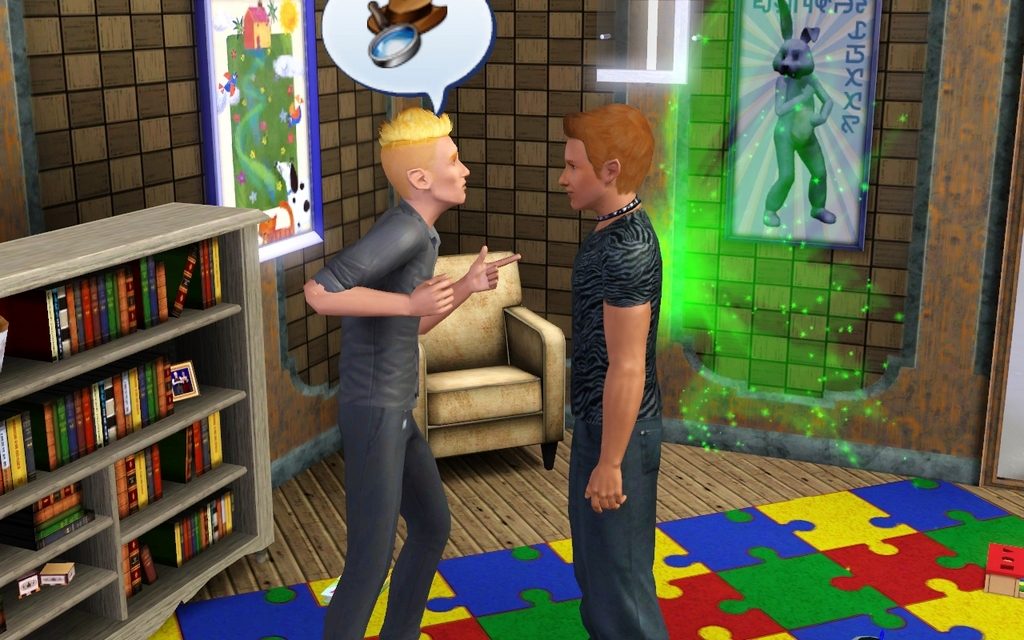 He tells him, that he´s a private eye. 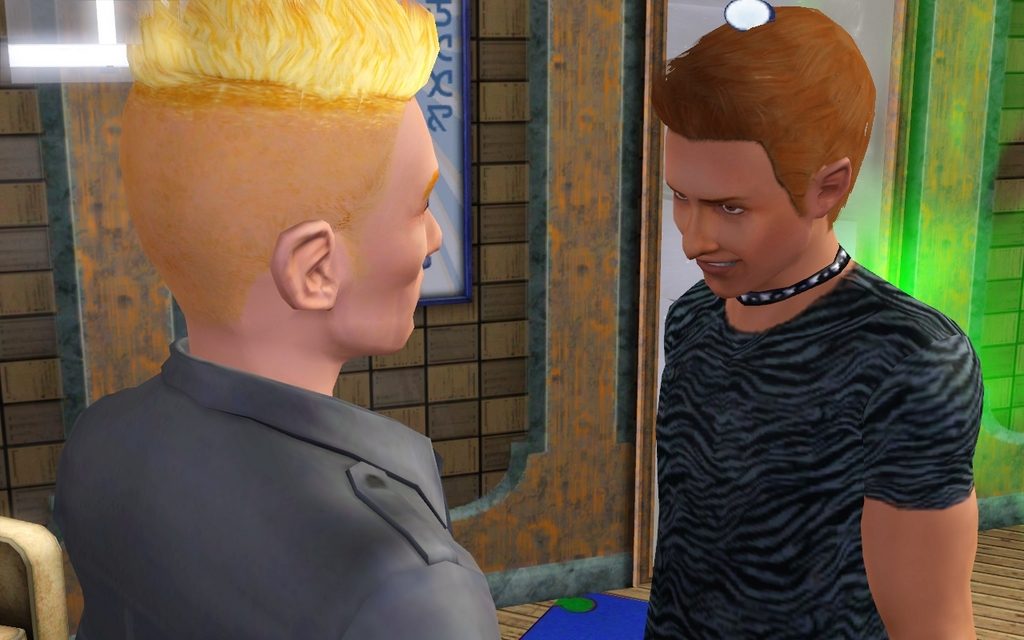 THIS is a creepy expression. 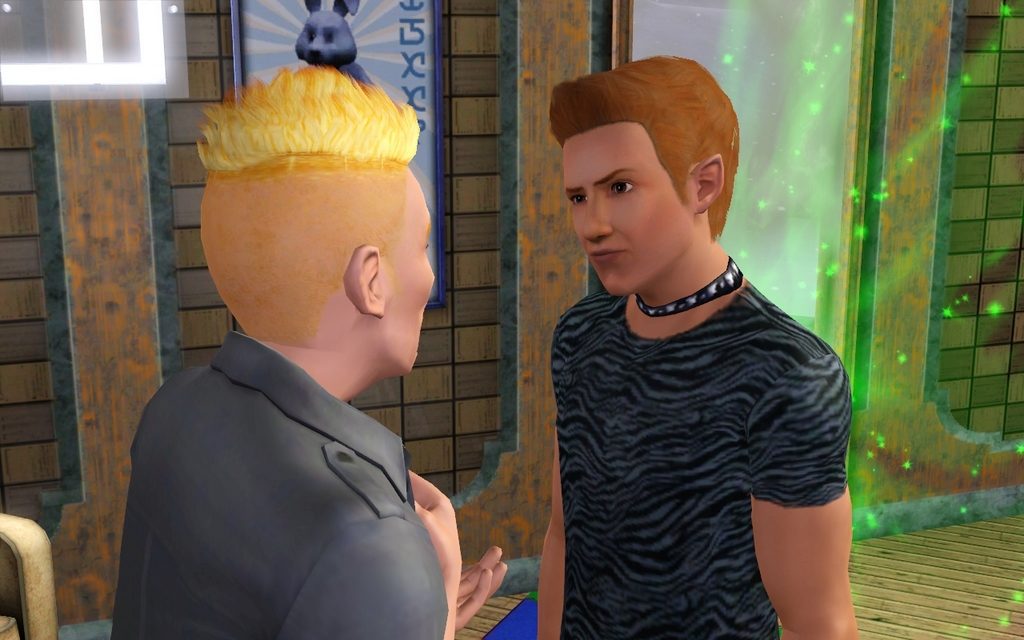 They have a nice conversation afterwards, though. 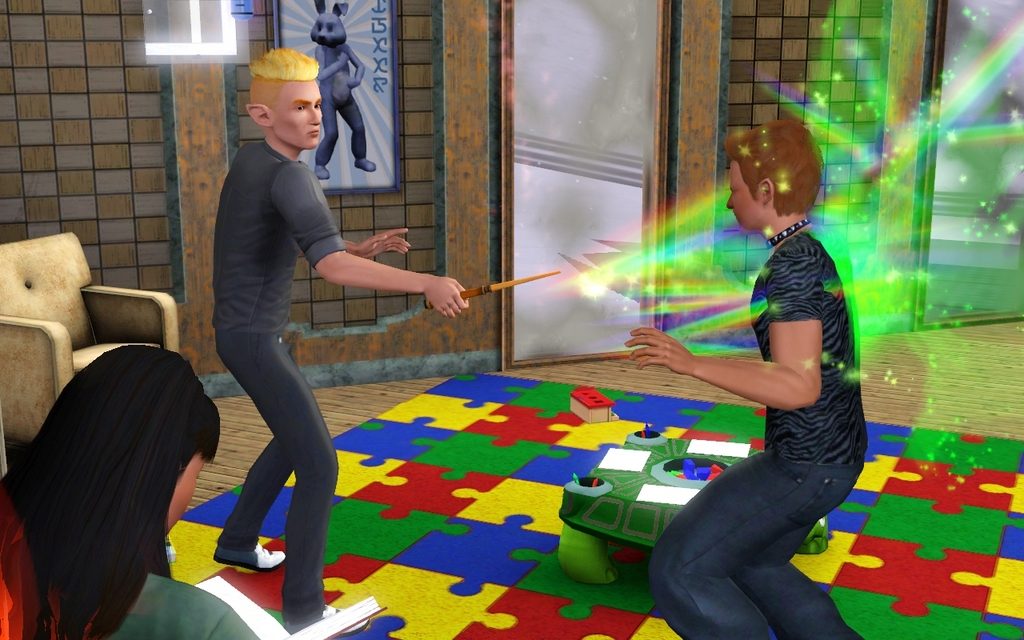 And Rian gets a good luck spell. 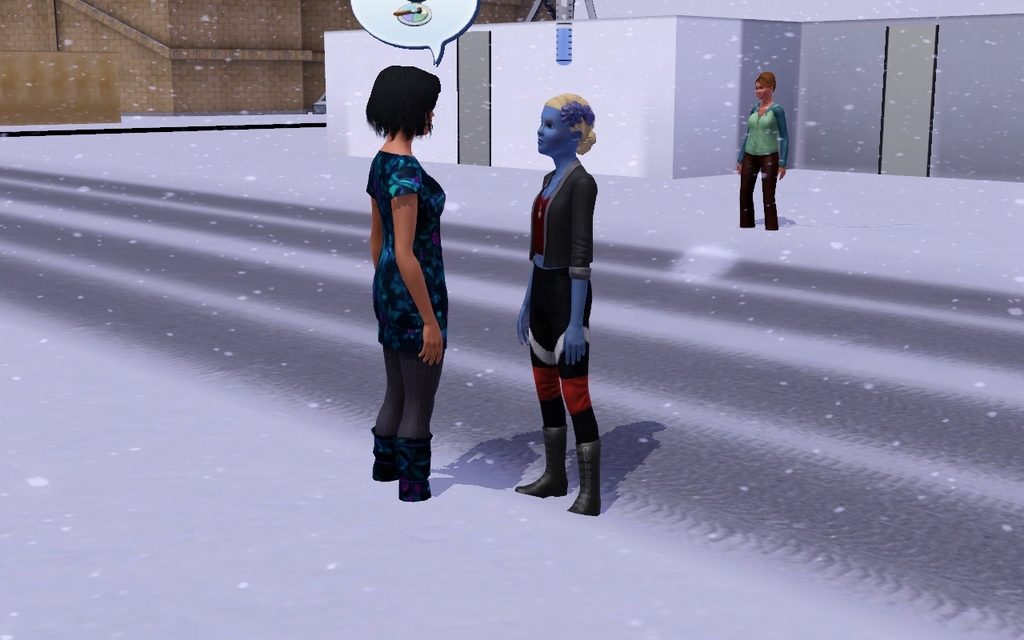 Bryony got the opportunity to tutor this teen. Why she does it in the snow is everyone´s guess.