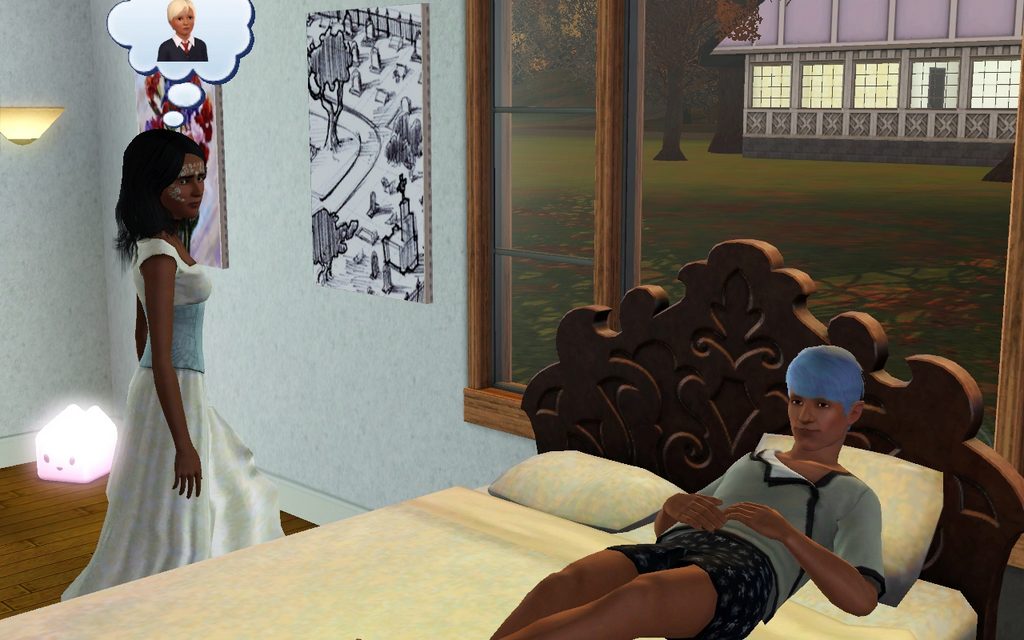 Amber: My mom is wearing my costume! And there´s a child running around! 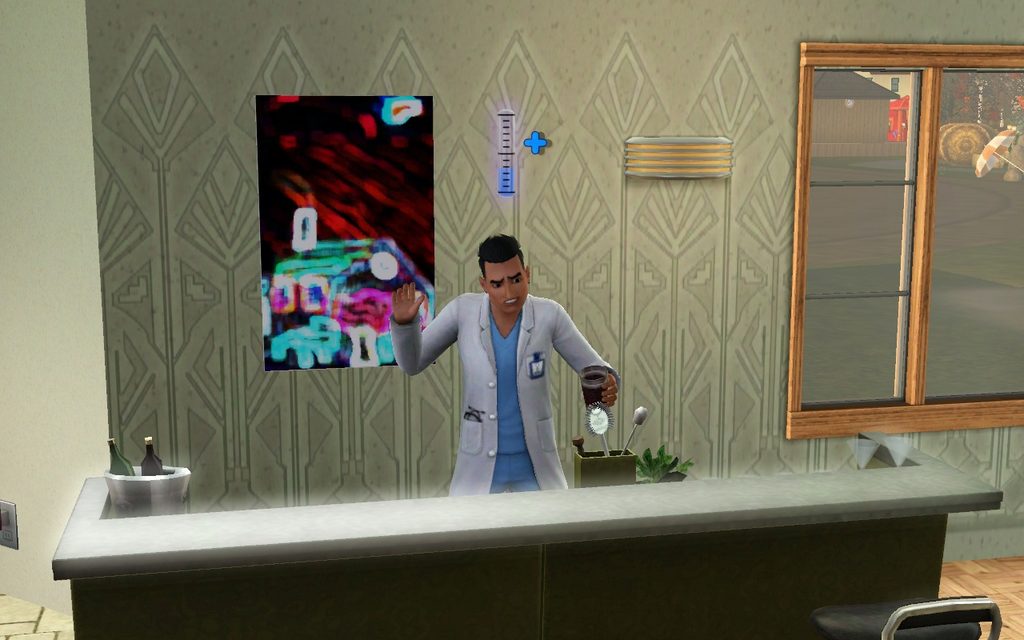 I bought a bar. 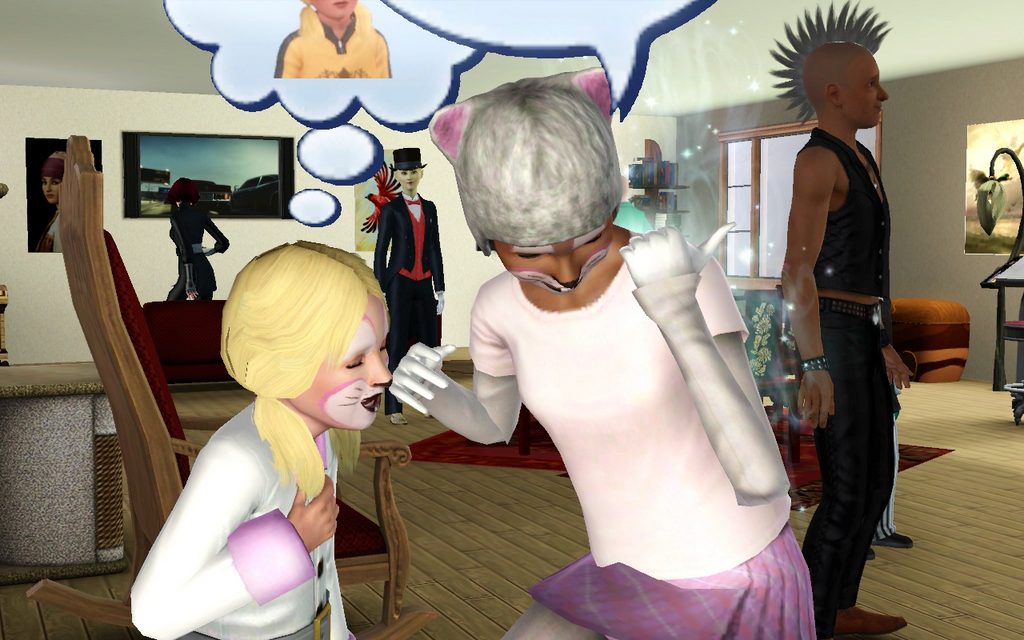 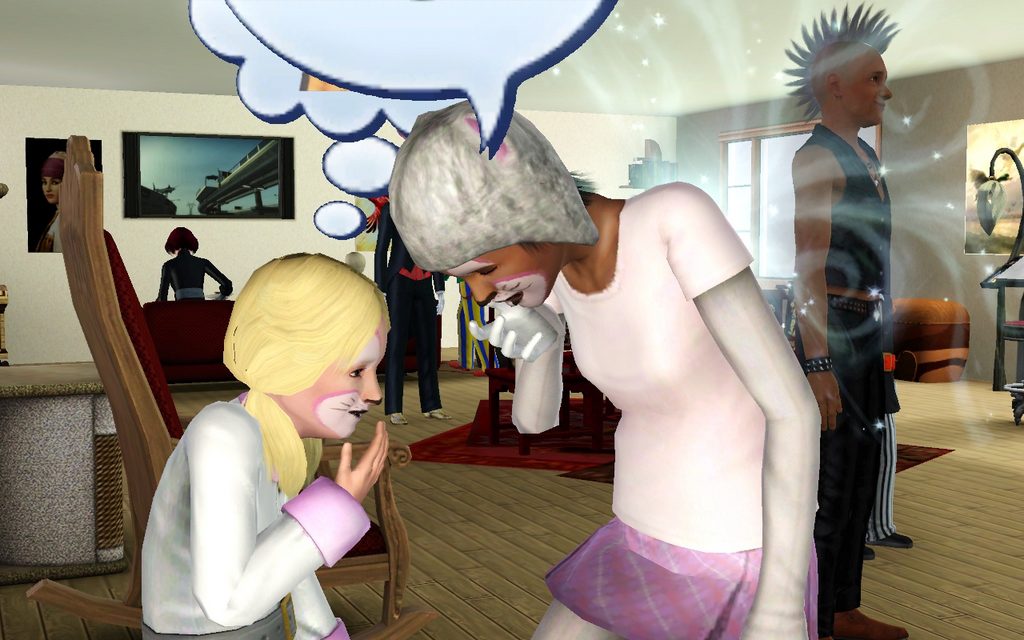 And are gossiping about the dress choices of some guests.

This party really rocks. Perhaps I should have let them carve a few pumpkins?

Well, the food seems to be good.

I most definitely won´t make a joke about playing doctor.

Did Joe nab these coats at work? 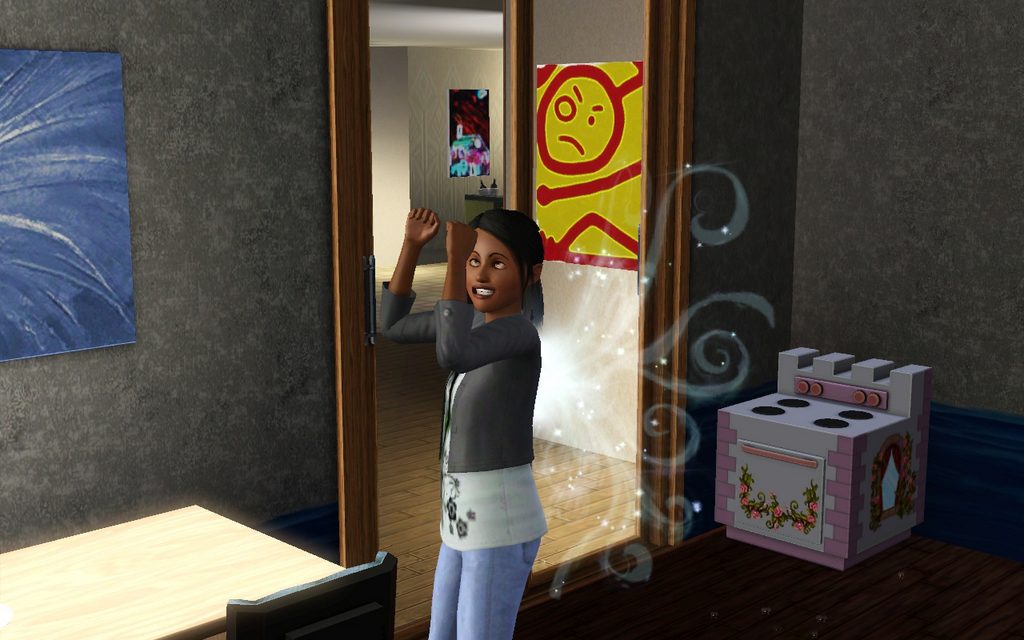 Kisa grows up to young adult! 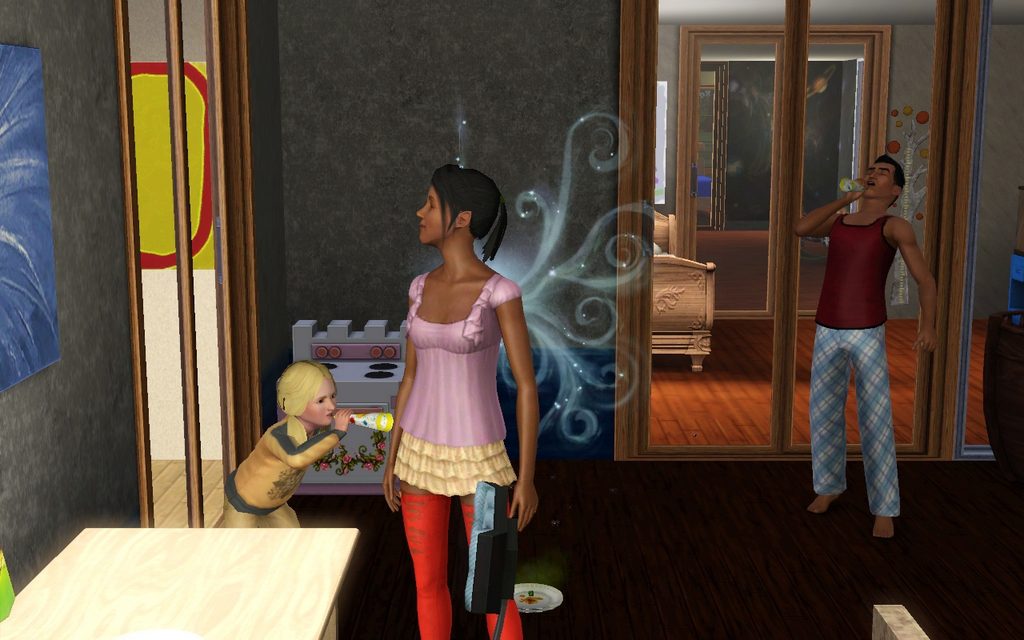 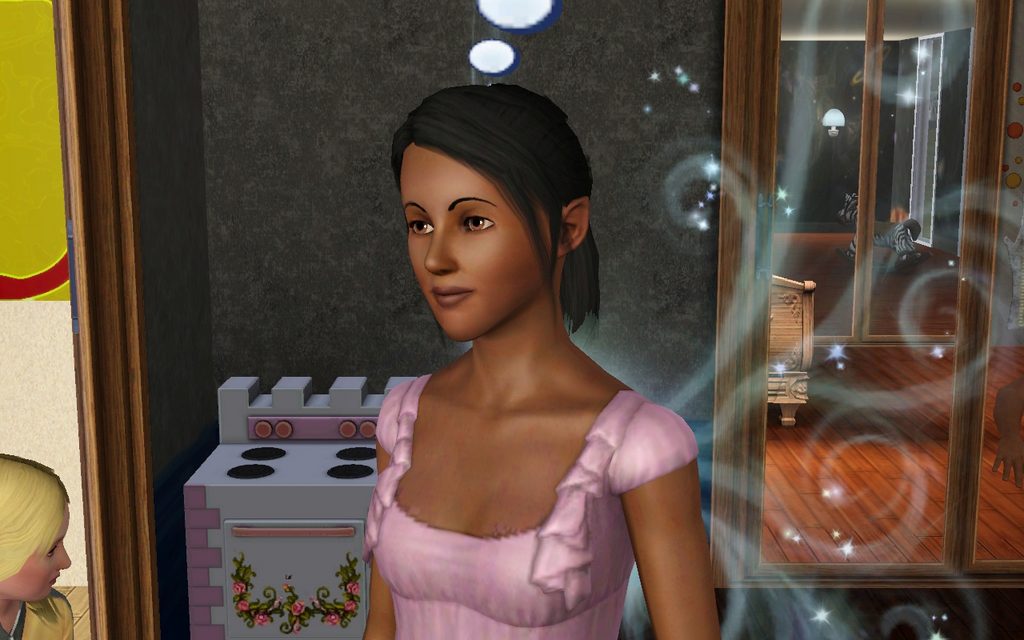 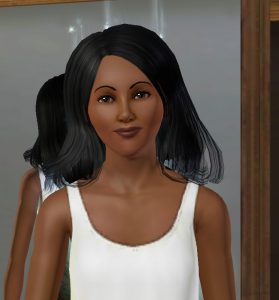 To be exact, they look exactly the same, apart from the eyecolour (well, and the wings). On the left Amber, on the right Kisa.

I noticed, the fountain stopps sometime during the night. Nice touch. 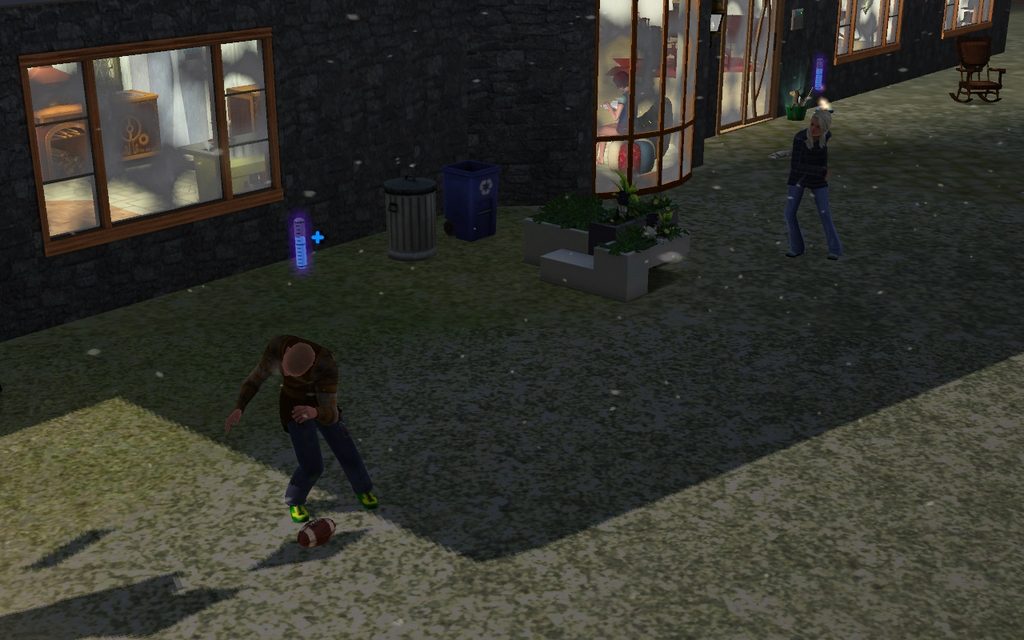 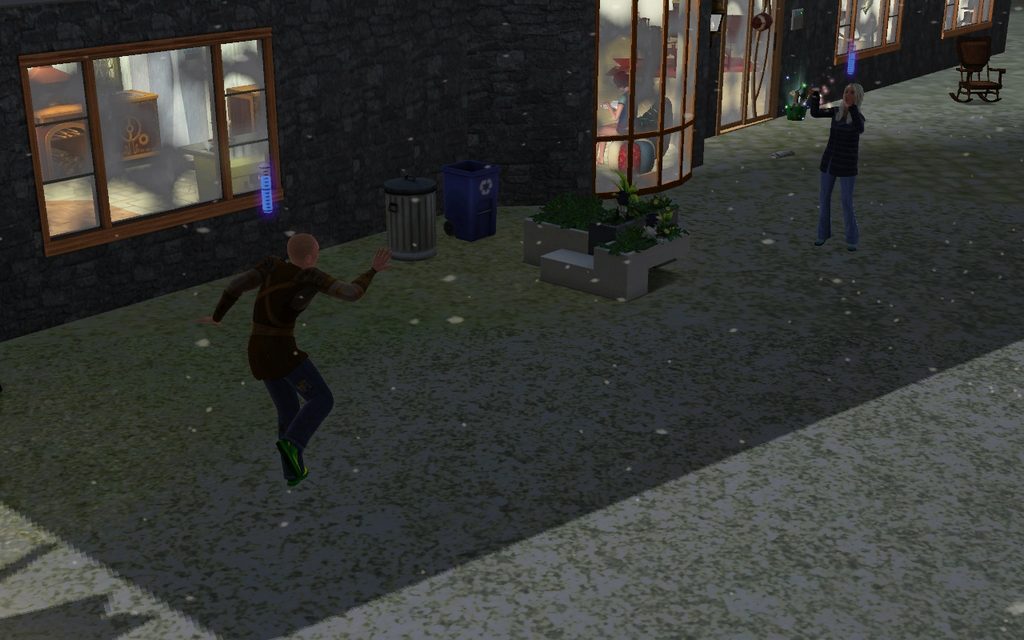 Steven looks muscular, but he has in fact only one or two athletic skill points.

So Violetta totally kicks his cute behind. 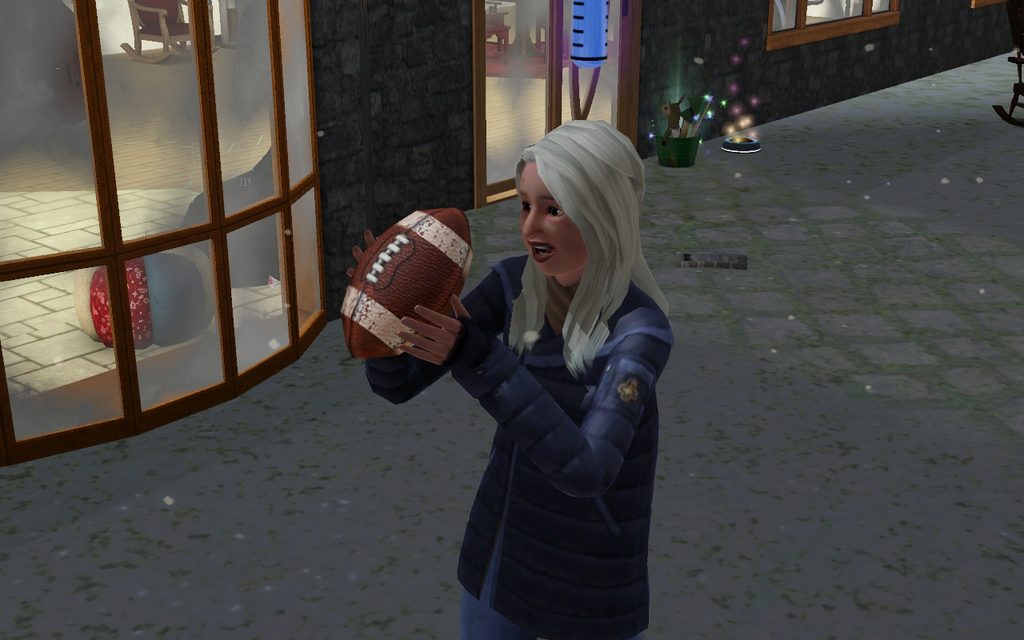 I will really miss her.