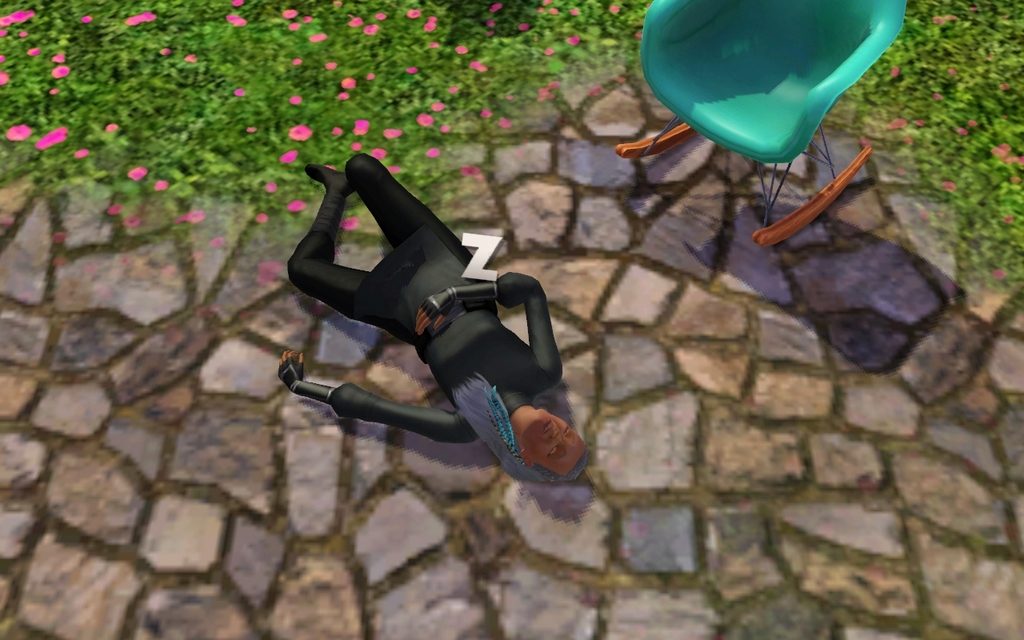 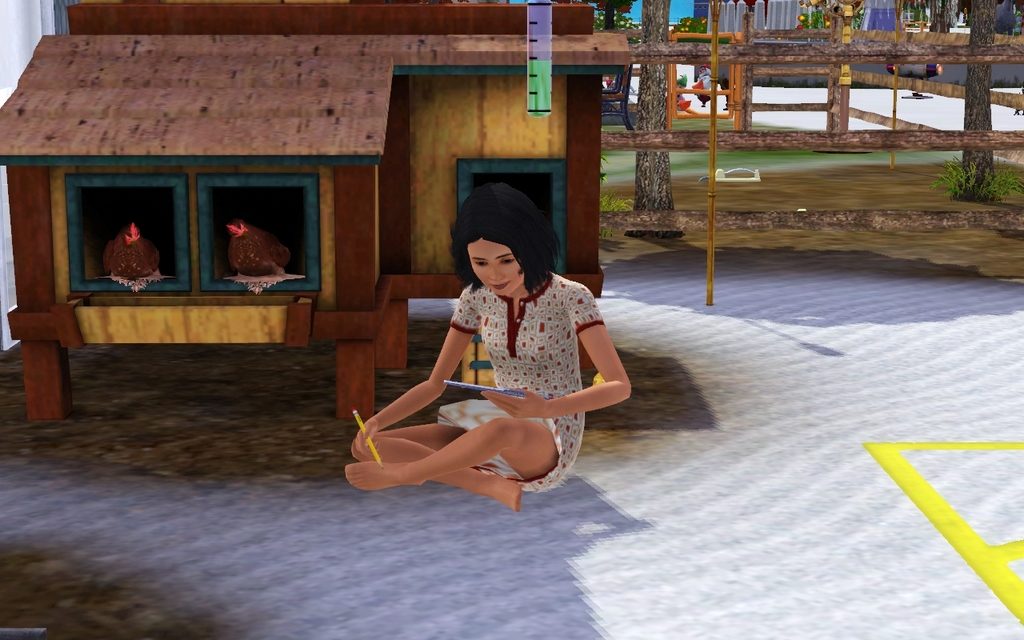 Crystal does her homework with the help of the chickens.

Isolde reached her lifetimewish. I thought, she would use the other door.

So, her and Catherine moved out and Kisa, Theodor and Marina Dust-Medina moved in. I´m not letting story progression raise this child.

She´s got Jaron´s hair! And funnily enough, the wing colour he first had, before I changed it. 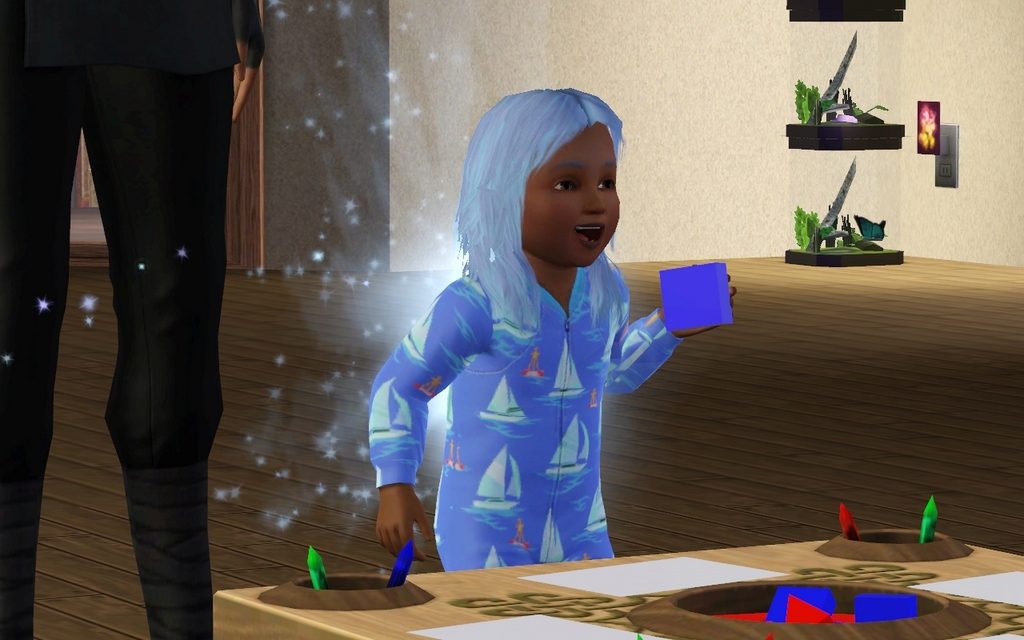 I changed her´s too, because I think the yellow clashes a bit with everything. 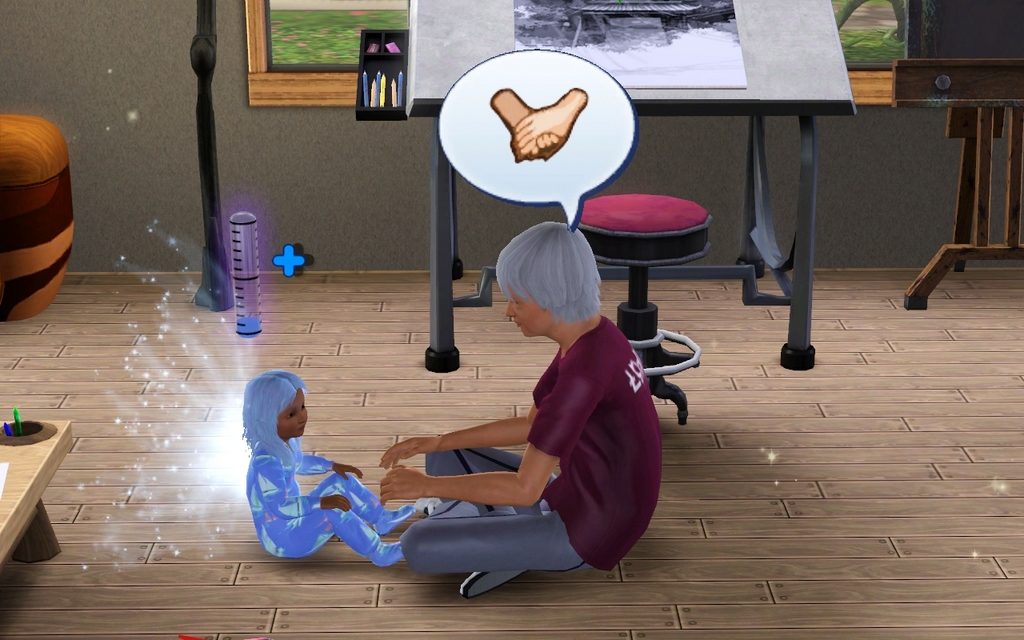 Liam has his first show. 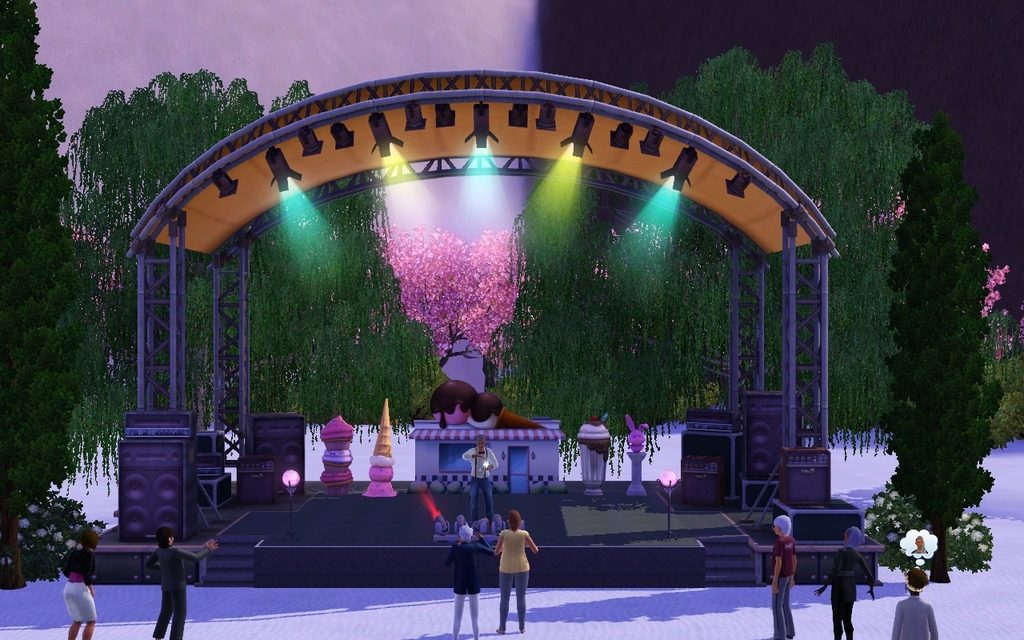 It is pretty terrible. 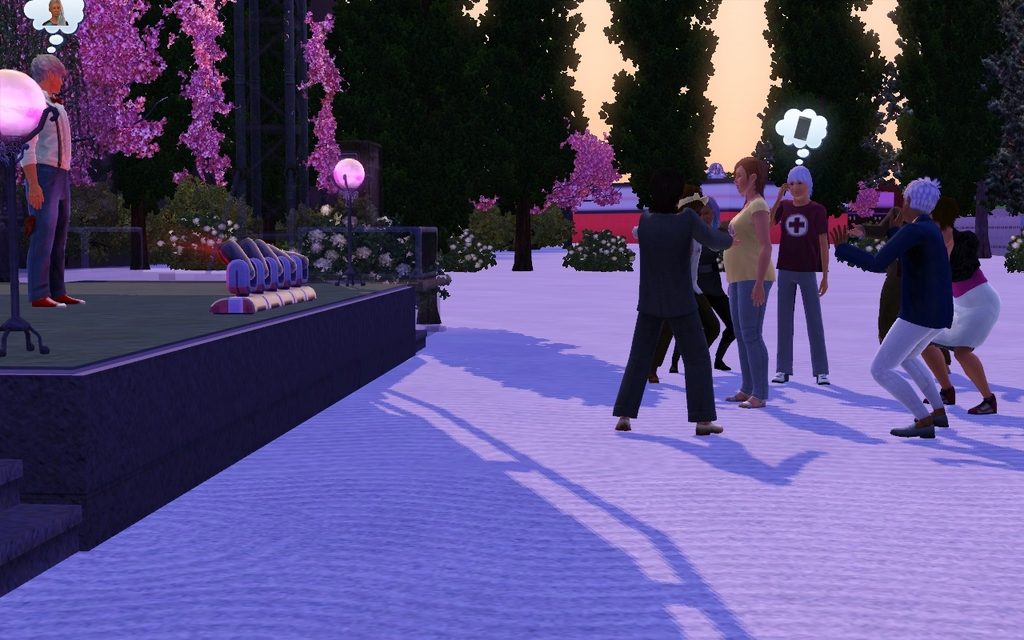 It also doesn´t help, that some woman goes into labour.

Randolph: No one panic, I´m calling an ambulance.

(Wouldn´t it be cool, if that was an option?) 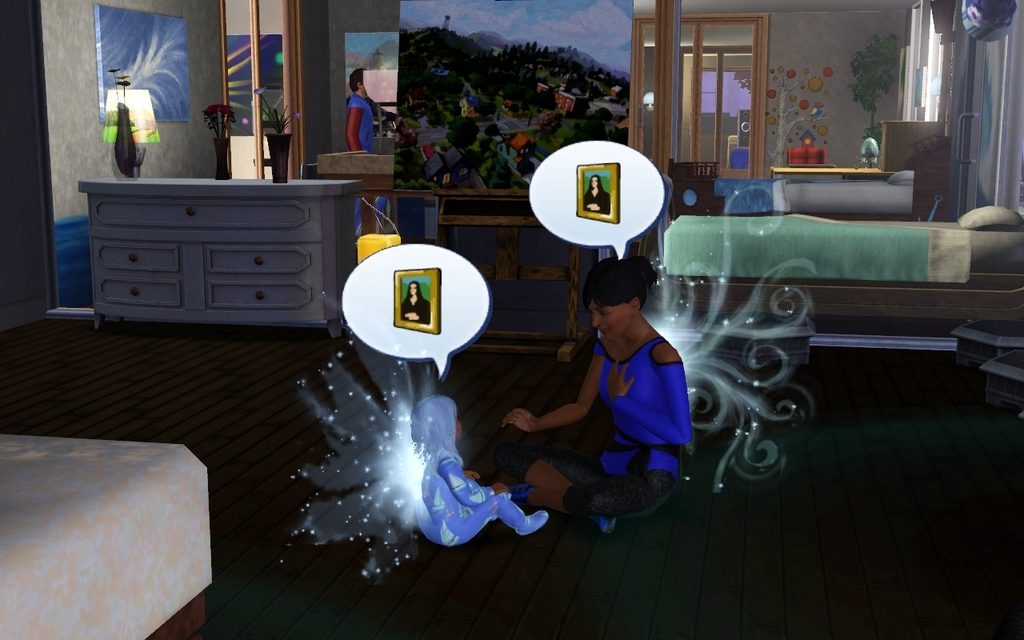 It´s nice, to have Kisa back in the house.

Their wing shape is different. Doesn´t make any sense, but whatever.

This is Theodor Medina. I brought him over from Isla Paradiso with his daughter, and shortly after he married Kisa. He´s a nice guy, overemotional, natural cook, good, neat and a computer whiz. 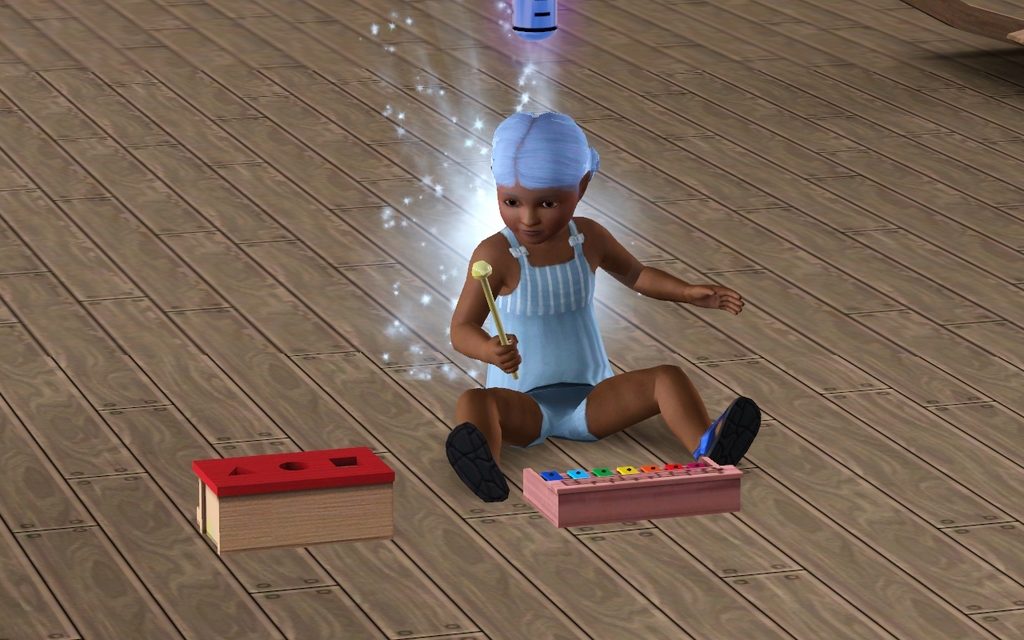 Marina: Zey give me stick. 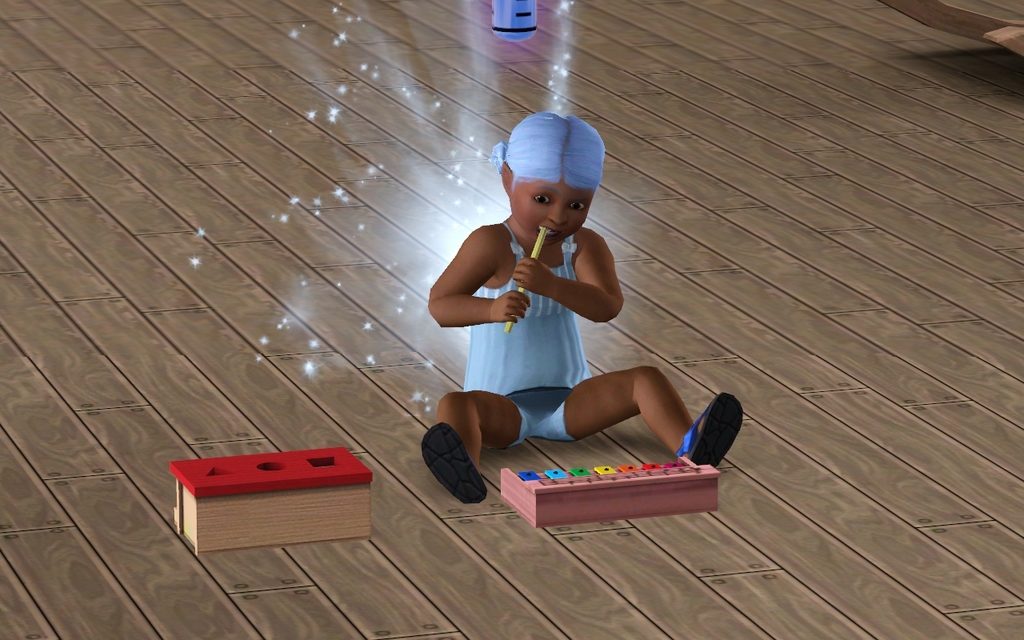 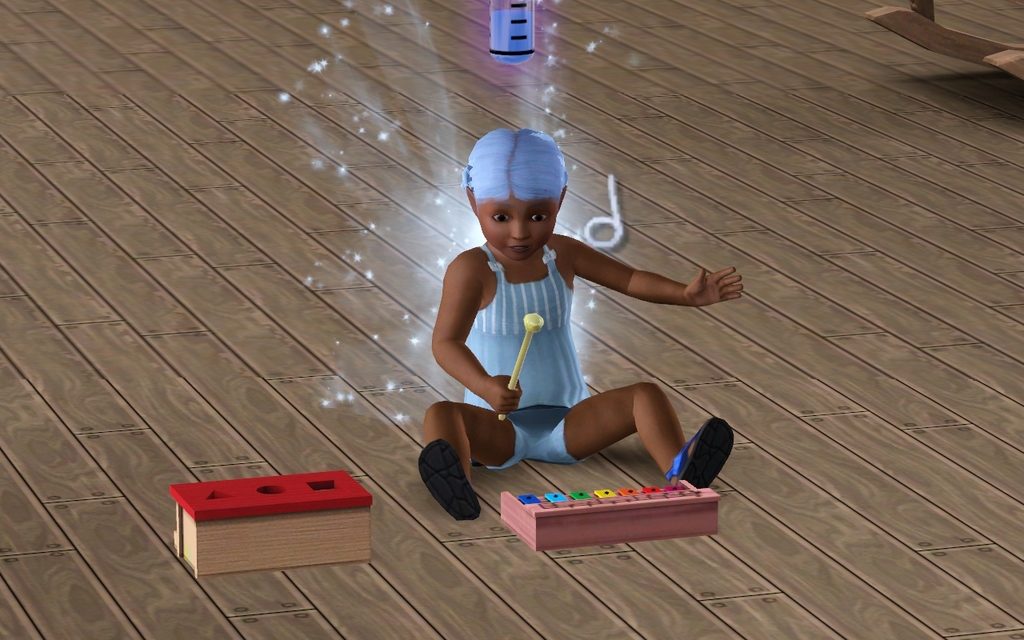 I never saw that startled face before. This is beyond cute. 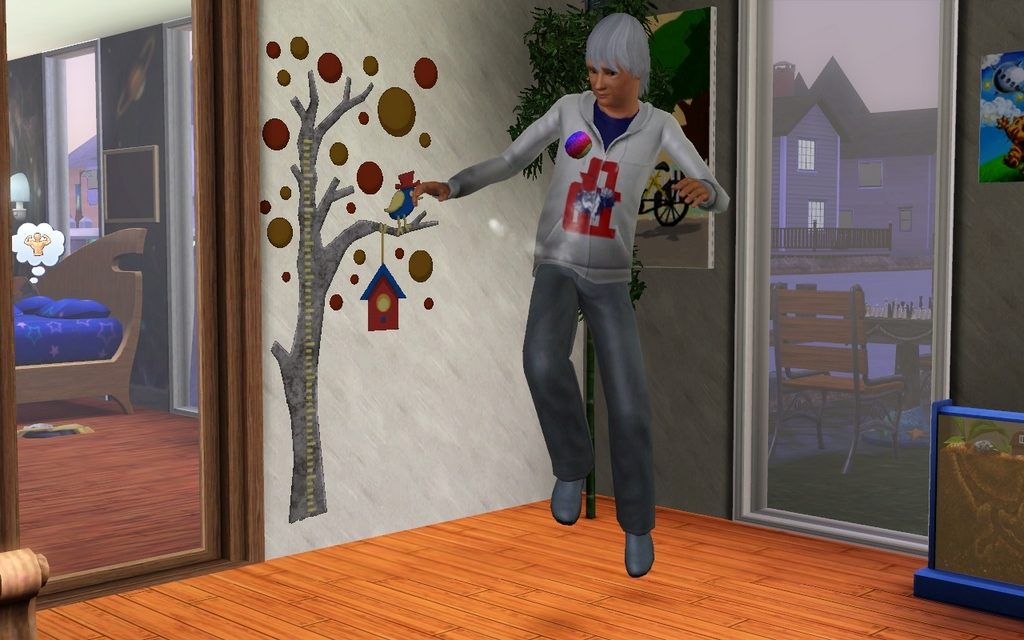 Randolph is pretty good with the hacky sack. He played with it all his life. 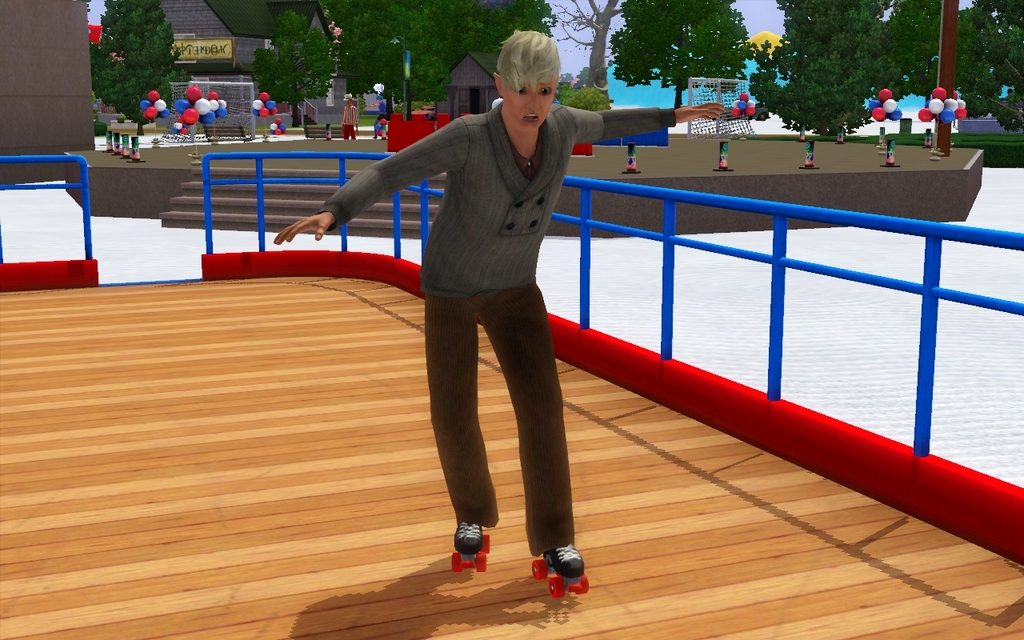 Liam spends most of his days performing for tips at the festival. When he´s finished, he amuses himself. 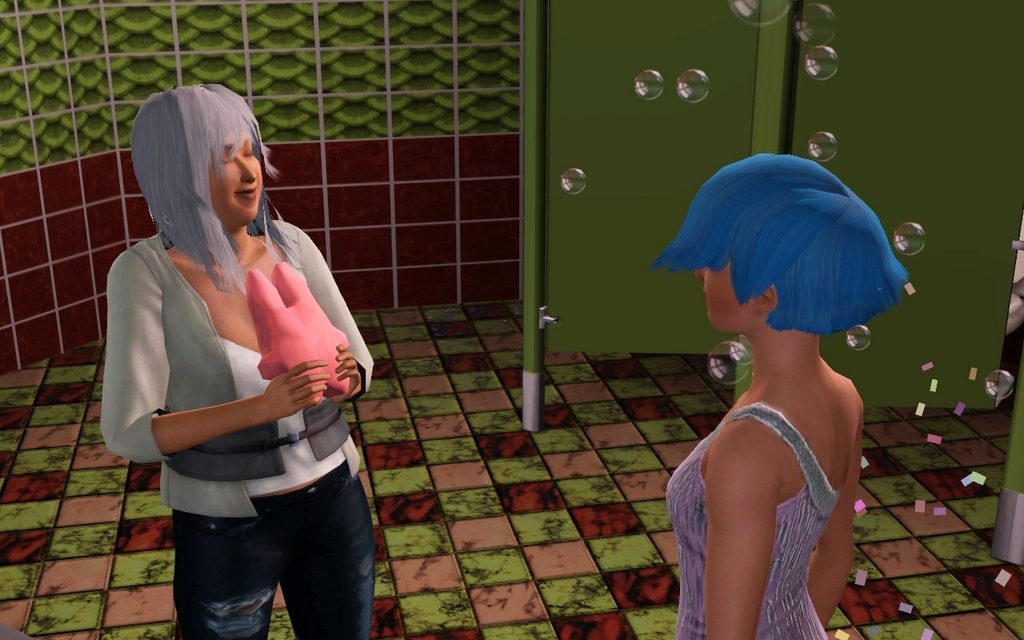 I got the notification, that this woman would die soon. Then Arielle got a sing-a-gram order to cheer her up, because she´s depressed. I guess, I would be depressed, too, if some program wanted to kill me.

She died that night. But she looks really happy in this picture. It´s kind of bittersweet, bathroom and all. 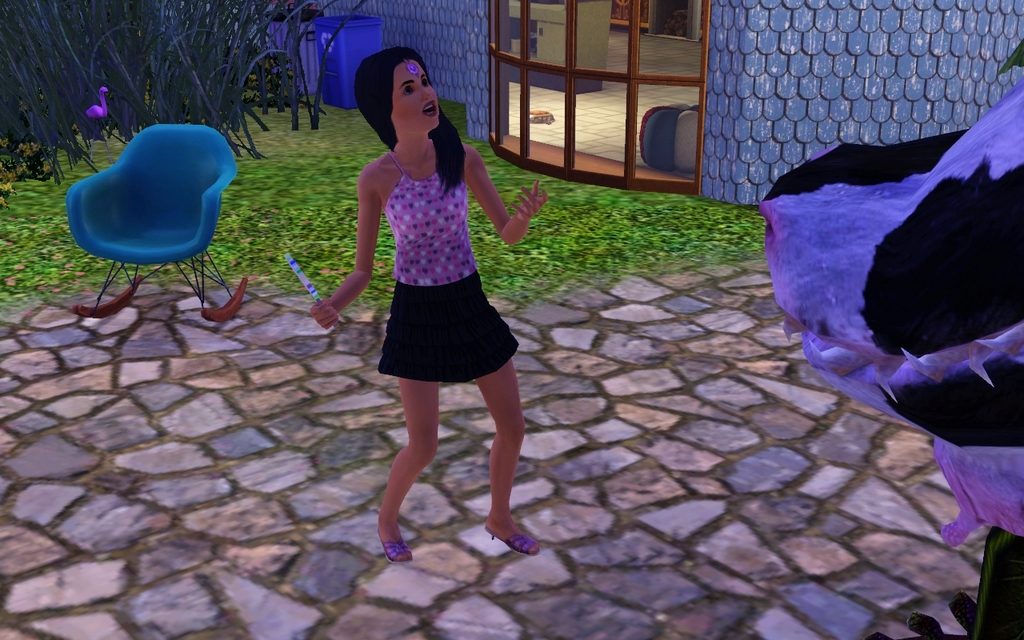 We still have the cowplant.

Liam wished for a firepit. 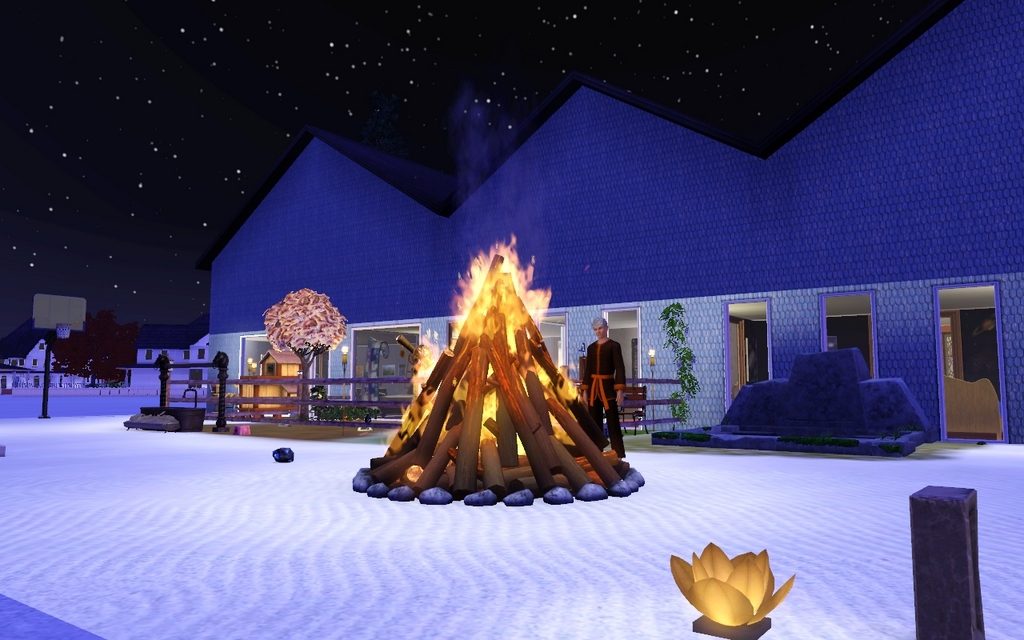 This shows why you shouldn´t fullfill all of your daredevil sim´s wishes. 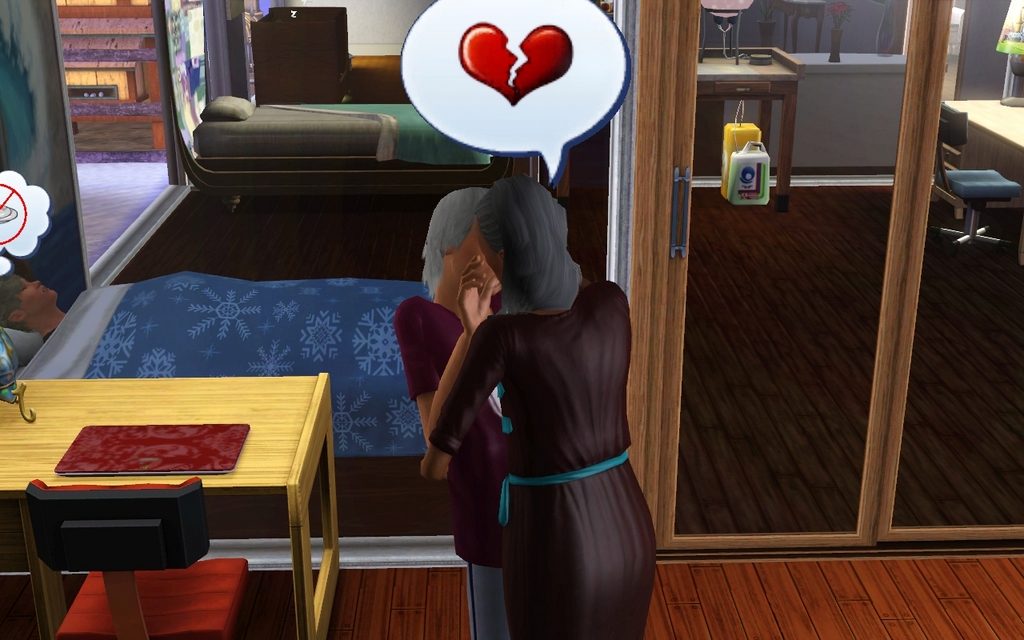 Connie decides on her own, to give her husband a heat of the moment kiss. 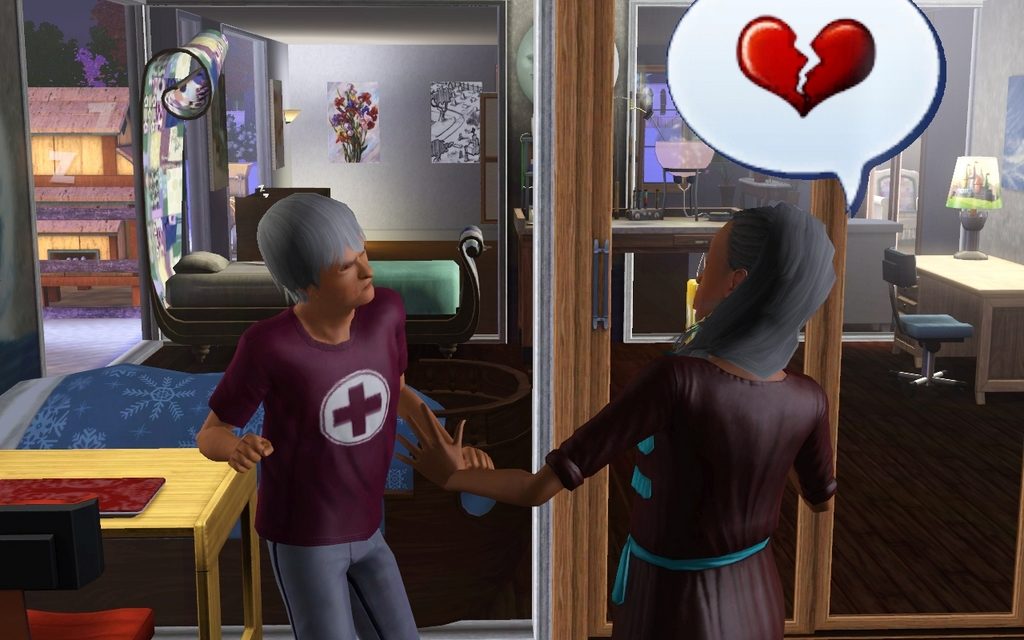 Randolph worries about their relationship. So Connie kisses him again. And repeat. 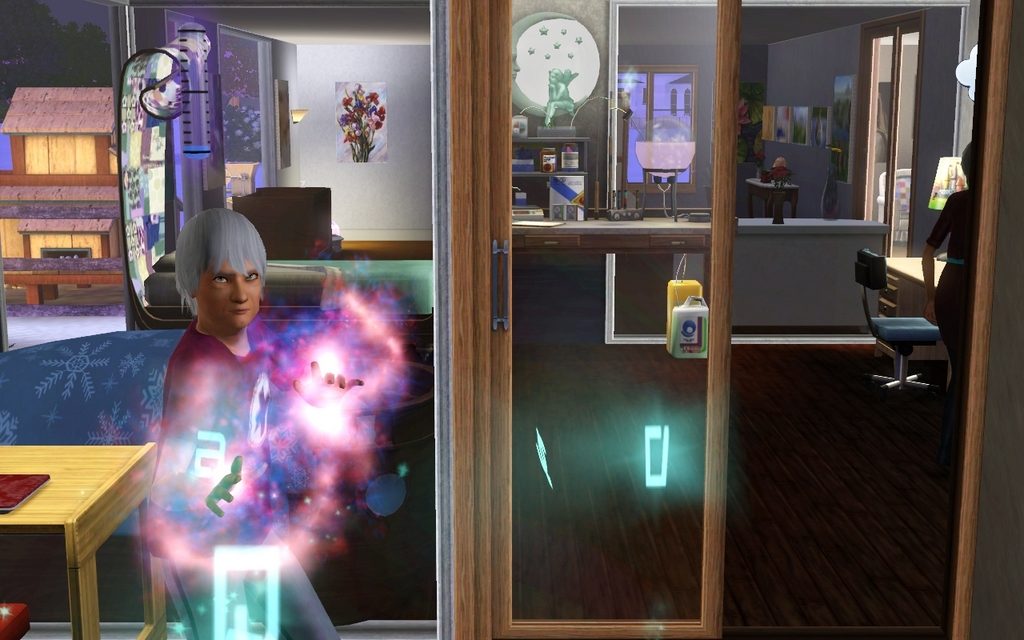 That was all autonomous. Their relationship is nearly in the red now. That makes me sad. 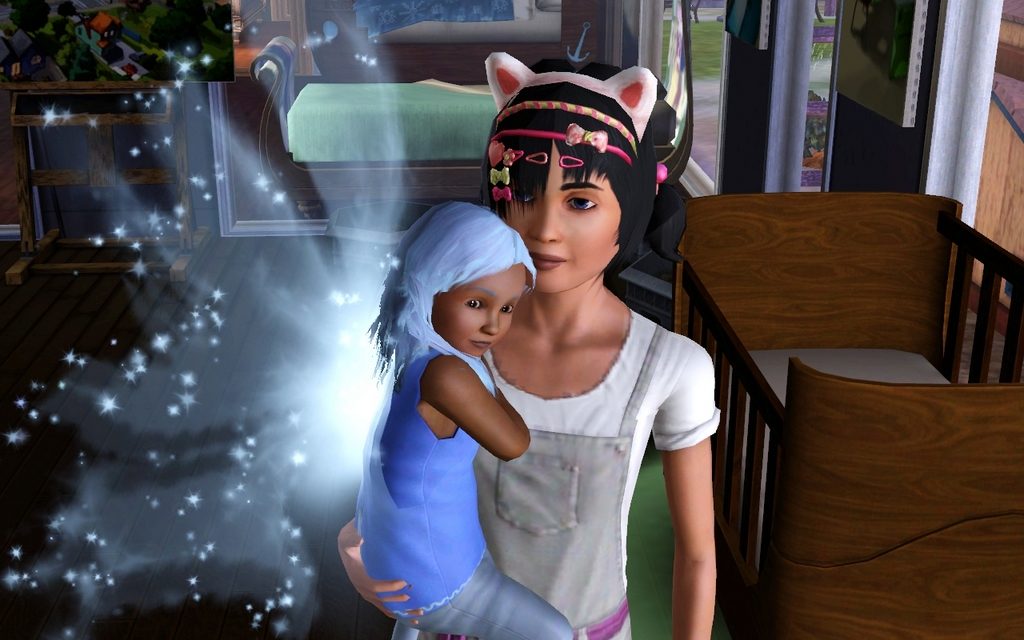 Everyone loves the toddler. 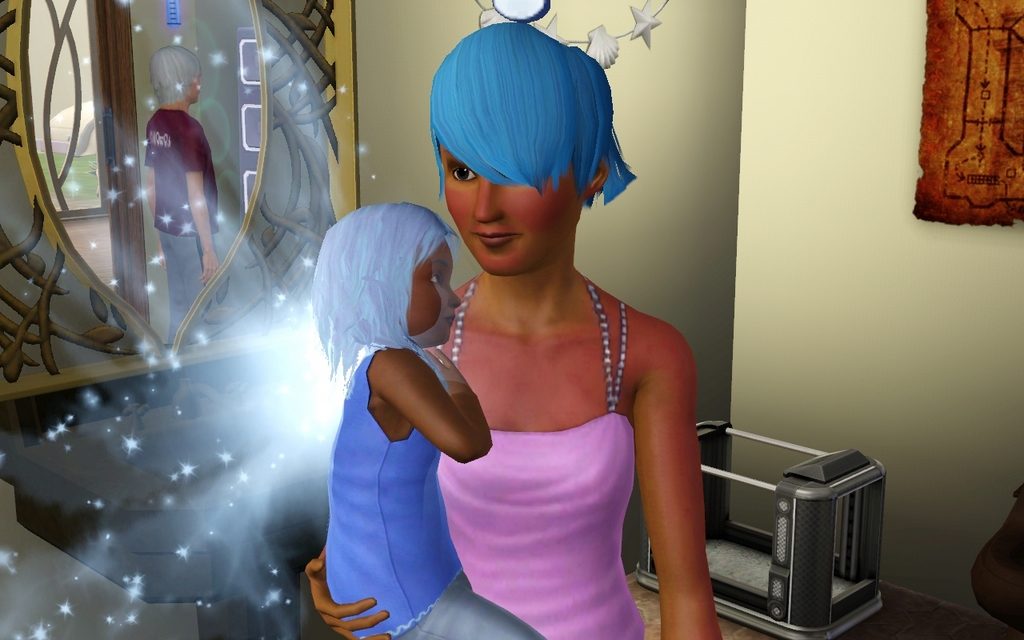 Arielle had a bit too much sun.

I bought the promenade ages ago, but somehow the lot didn´t show up in my library. I finally got it to work (here´s a link for this problem). 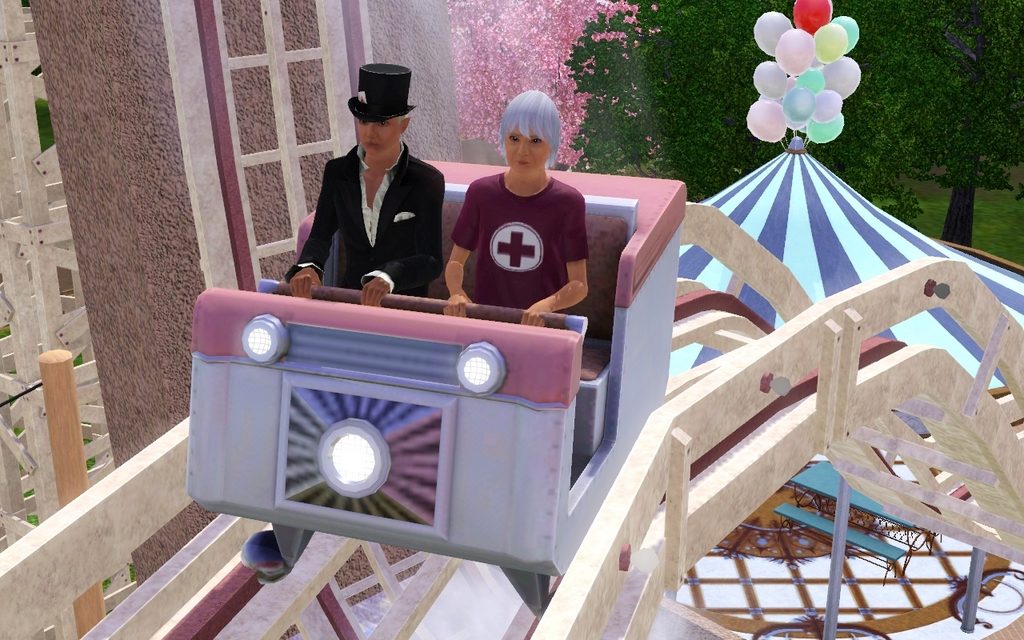 Liam and Randolph are the lucky ones to test it. 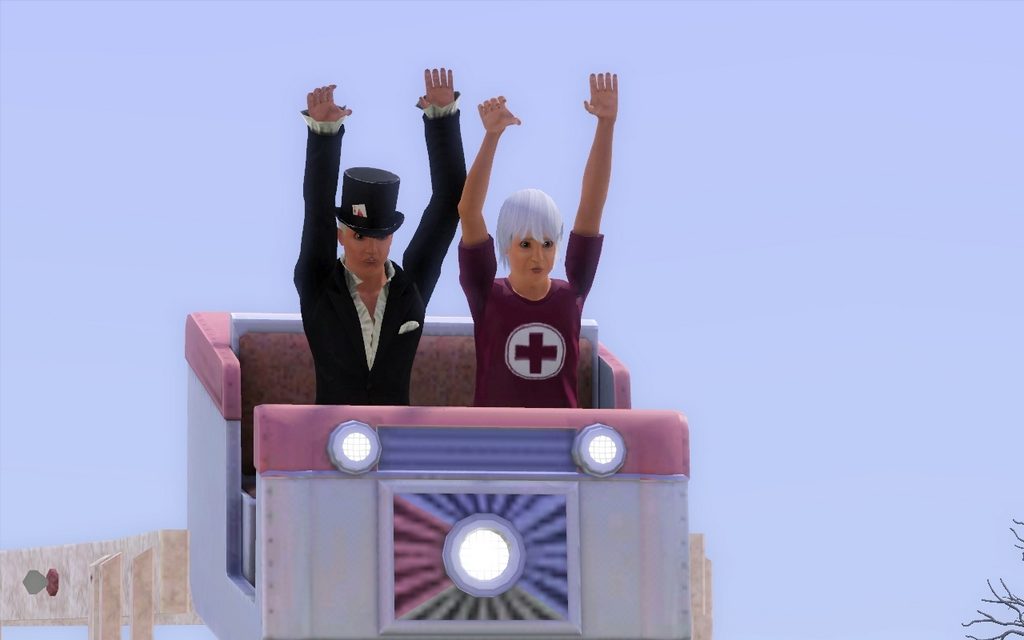 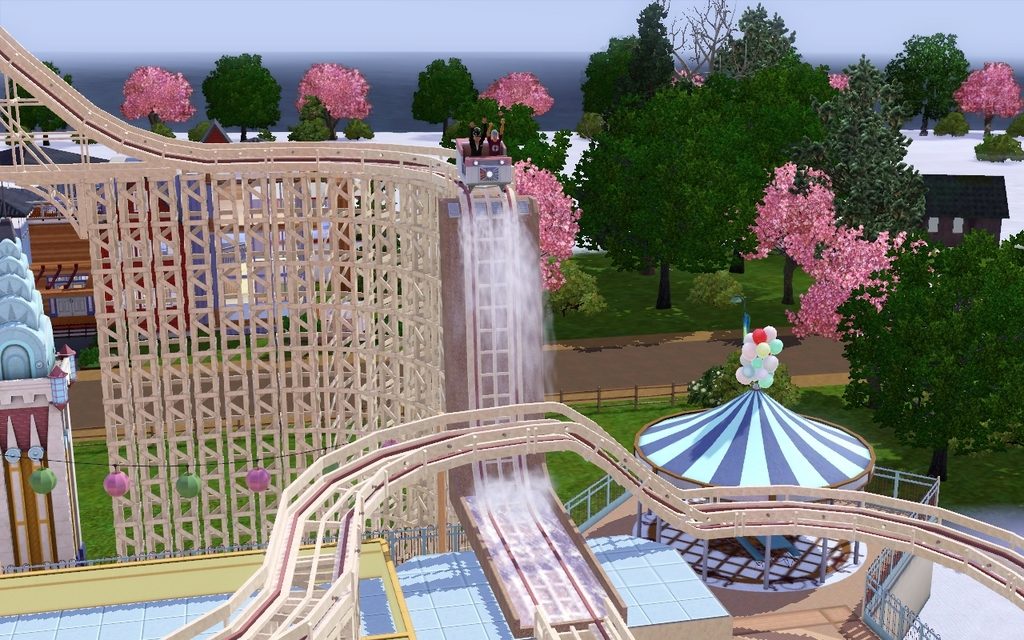 Liam wanders off after that, but Randolph has a second go. 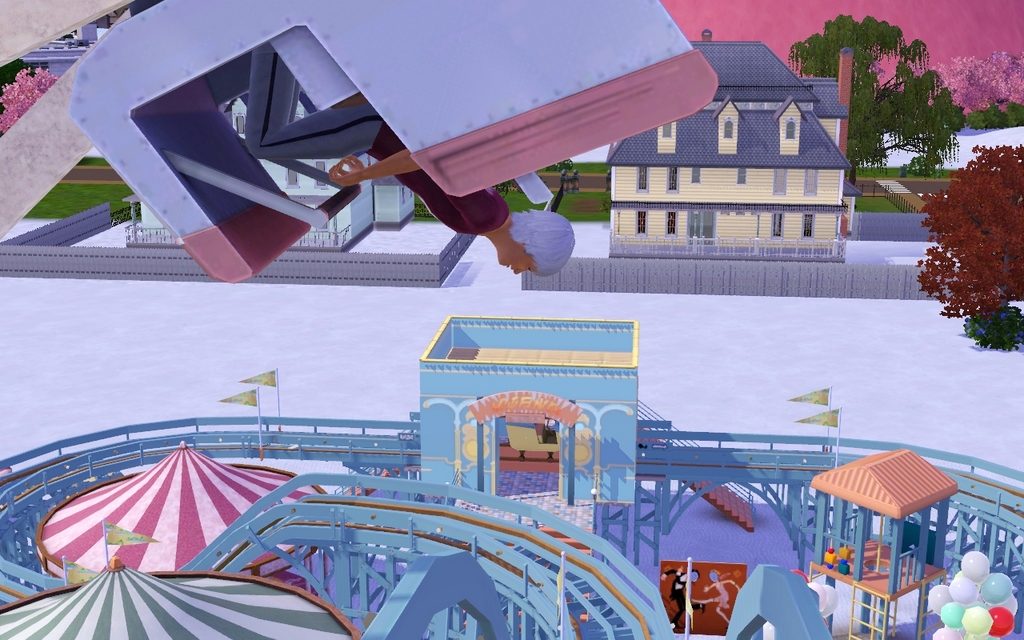 I´m pretty sure, this works only in the sims. 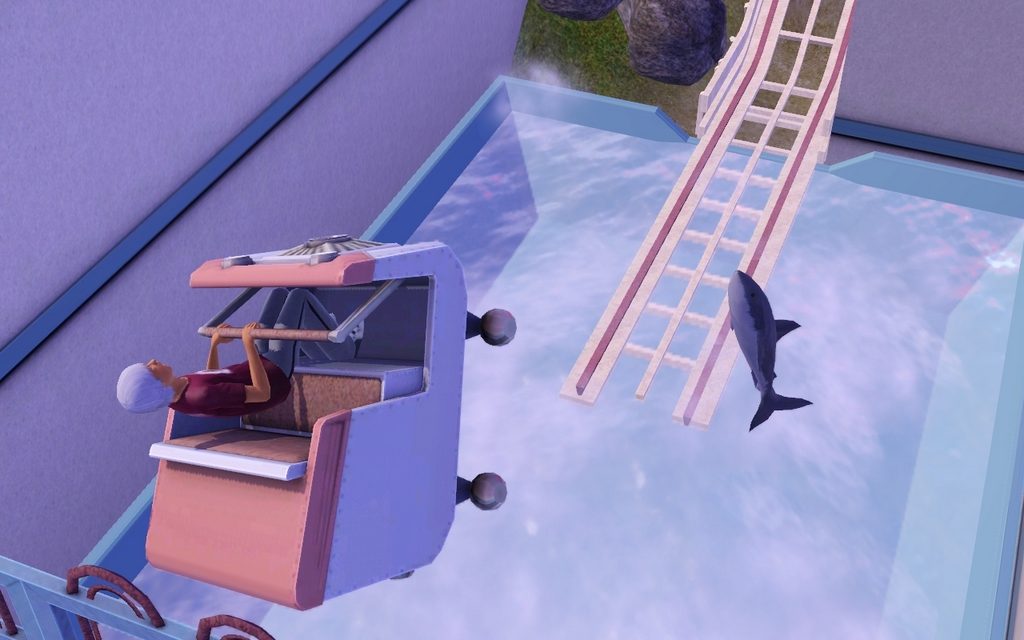 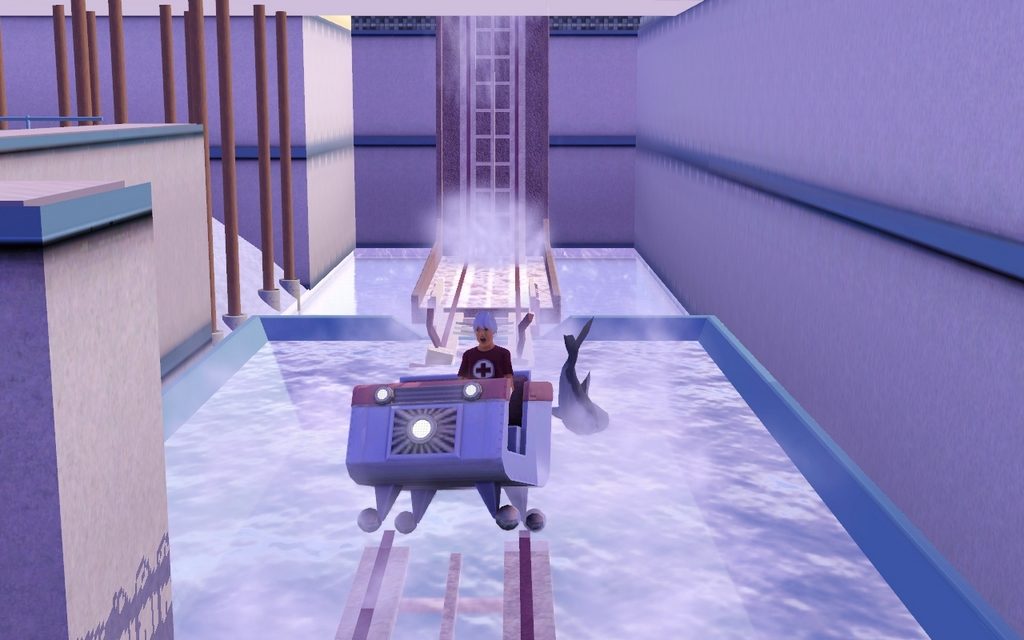 Randolph: Argh! Shark! There was a shark! 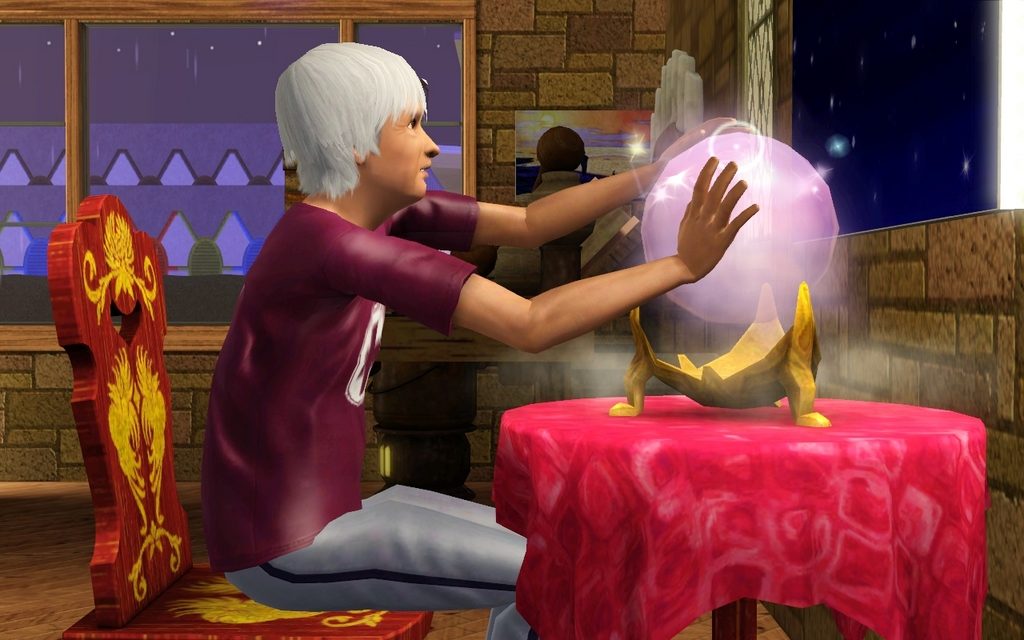 OK, you can try the other things I purchased while de- and reinstalling the promenade.

In the end I only kept the massage table. 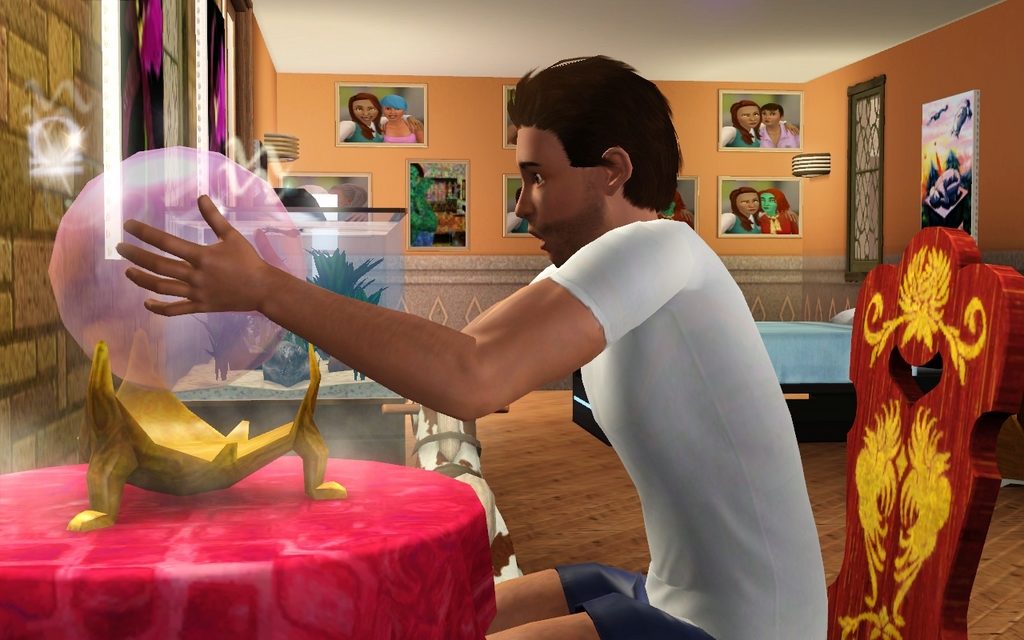 Everyone just got bad moodlets from this thing. 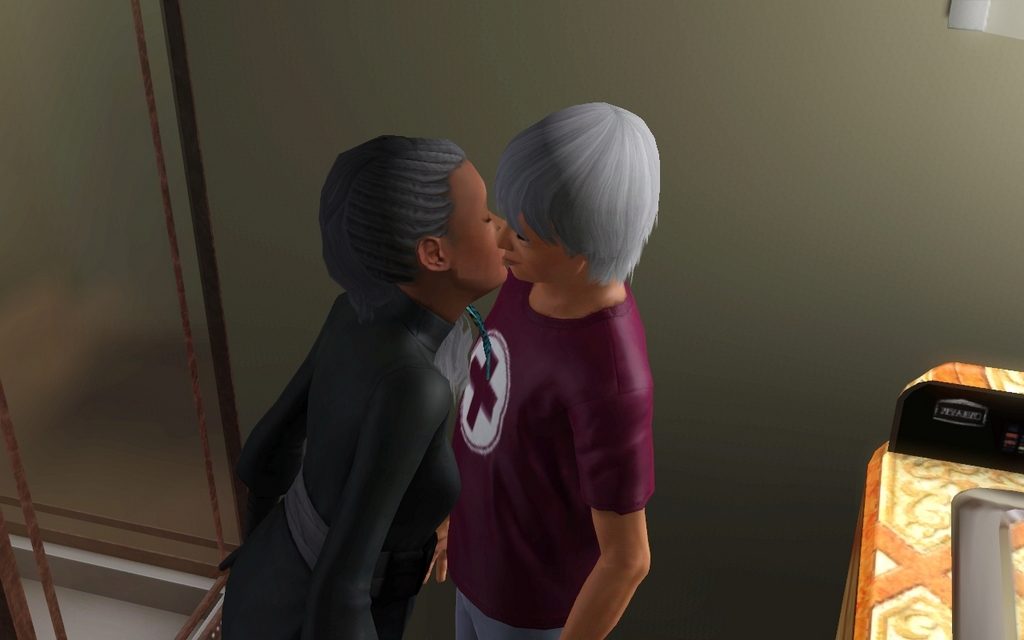 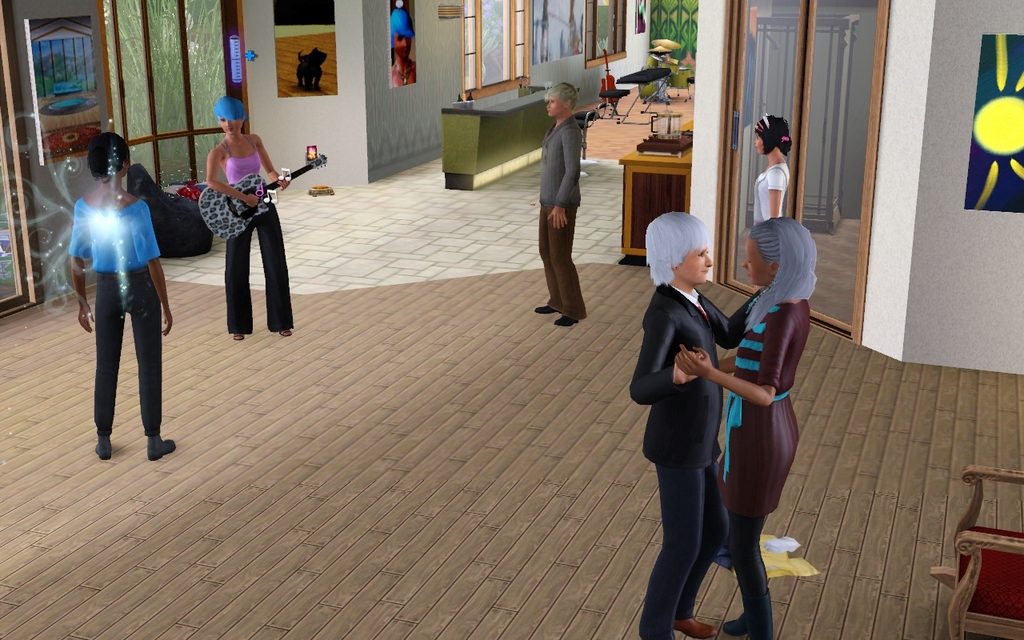 I let them dance together after that. Dancing makes everything better.