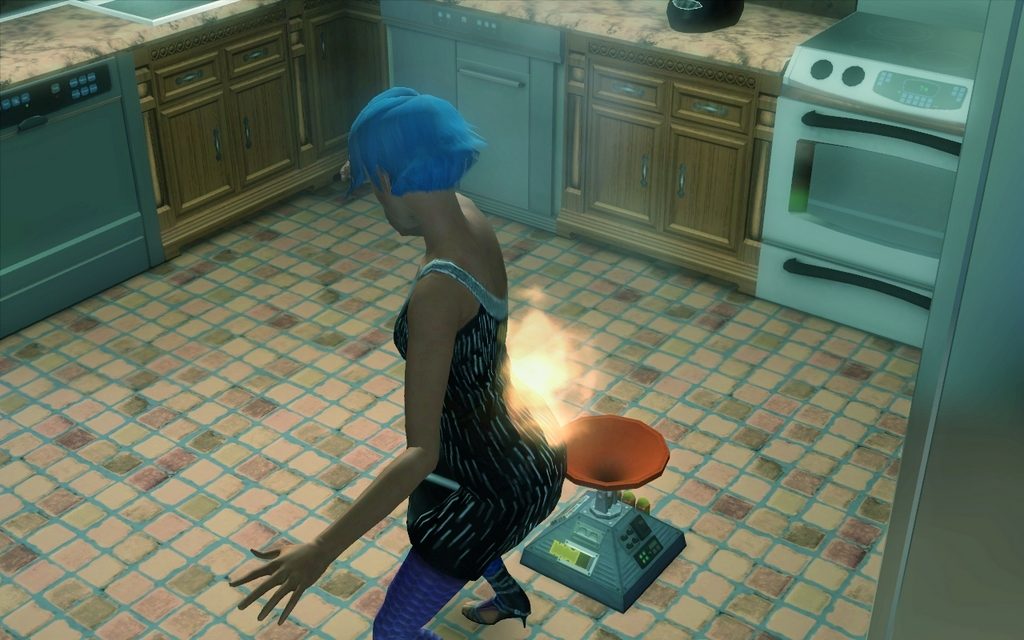 Arielle has a sing-a-gram at Catherine´s and Isolde´s house. Her bubble machine sets her on fire. How on earth is this even possible?

Catherine is already asleep and Isolde decides to join her, instead of putting Arielle out. 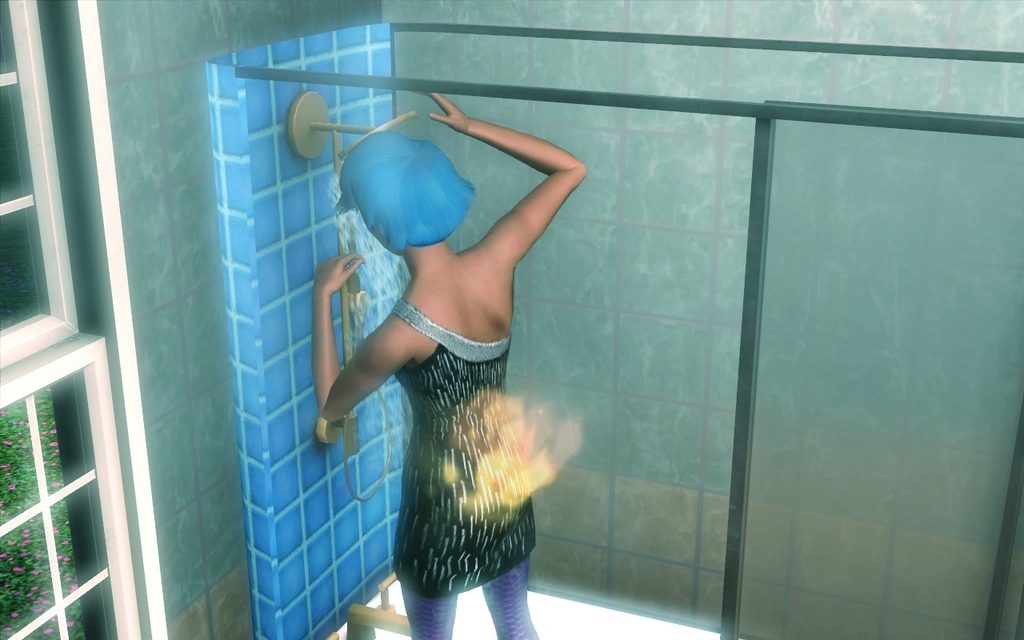 Luckily she reaches the shower in time. It puts out the fire, but leaves her very dehydrated for some reason, so she takes a second shower. 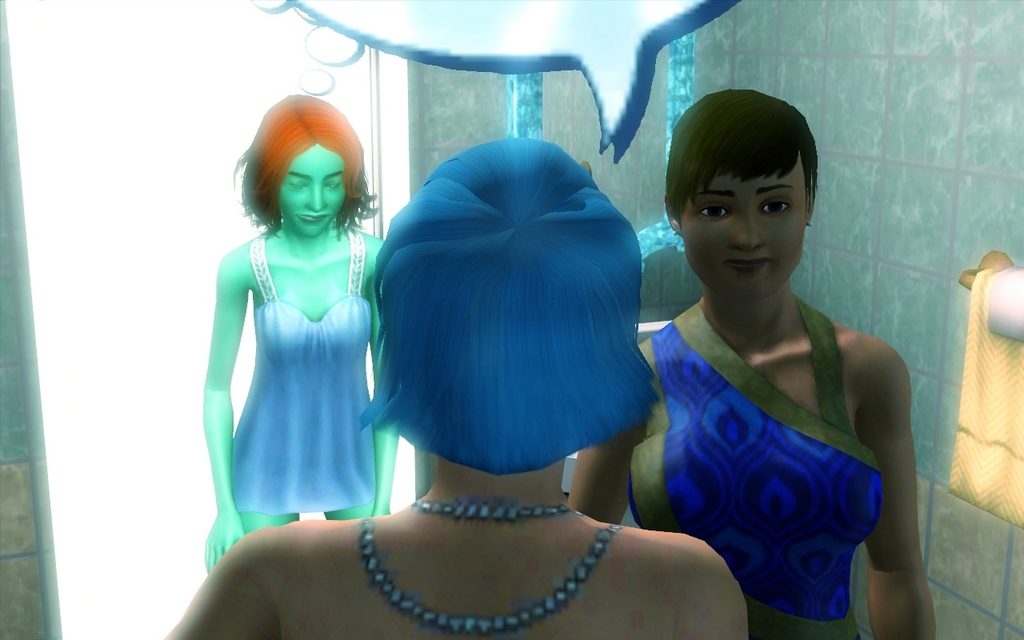 This is apparently totally inappropriate.

Catherine: You… you woke me up with your… shower!

Isolde: I´m very displeased with this.

Arielle leaves as fast as she can. 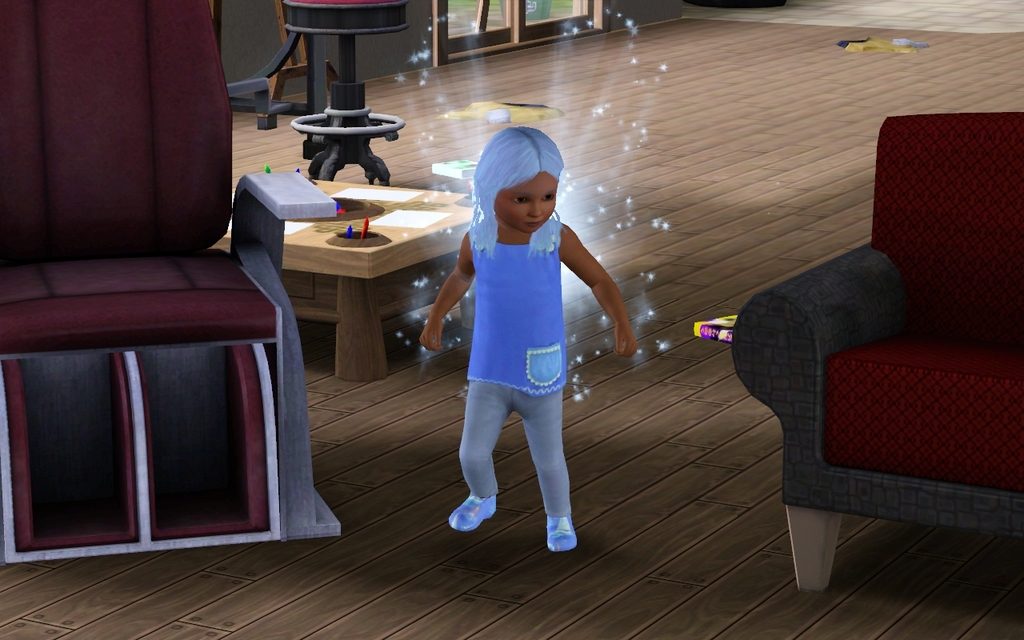 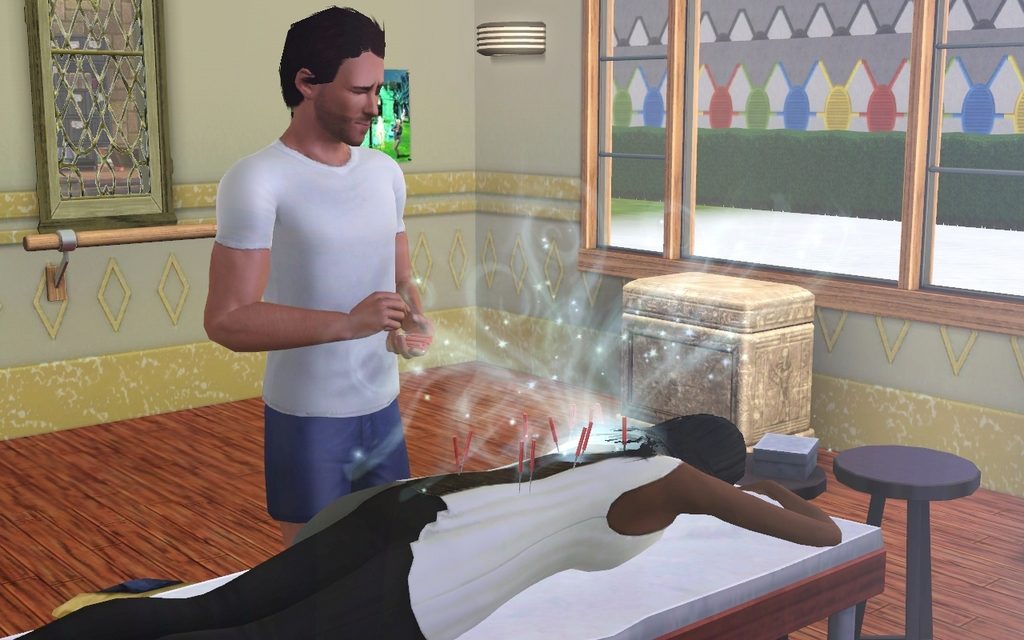 Her parents amuse themselves with the massage table.

Theo: Um… can you feel your feet, dear? 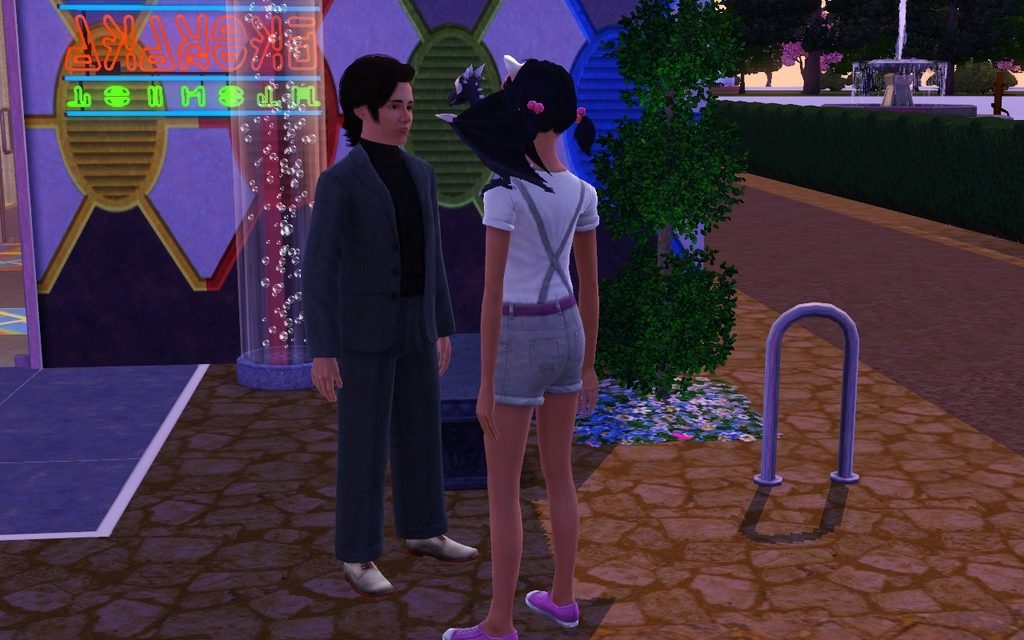 I got the pop-up, that Crystal´s romantic interest from prom (which happened at some point) hooked up with her best friend. We can´t have that! So they meet at the local gambling parlour. 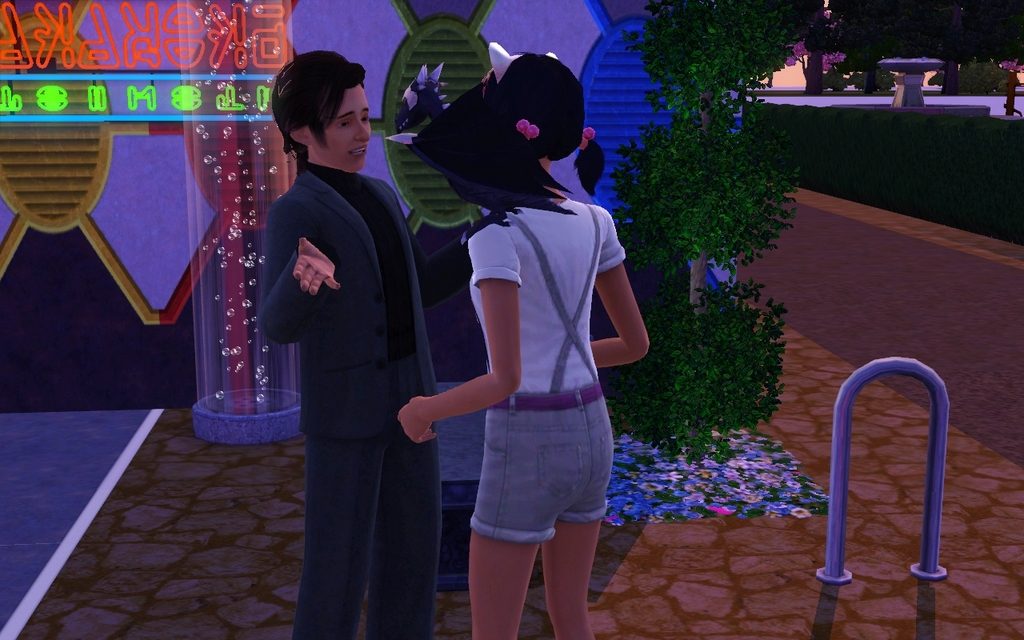 He´s a face one, so I make him a bit more interesting.

He happily brakes up with his girlfriend. 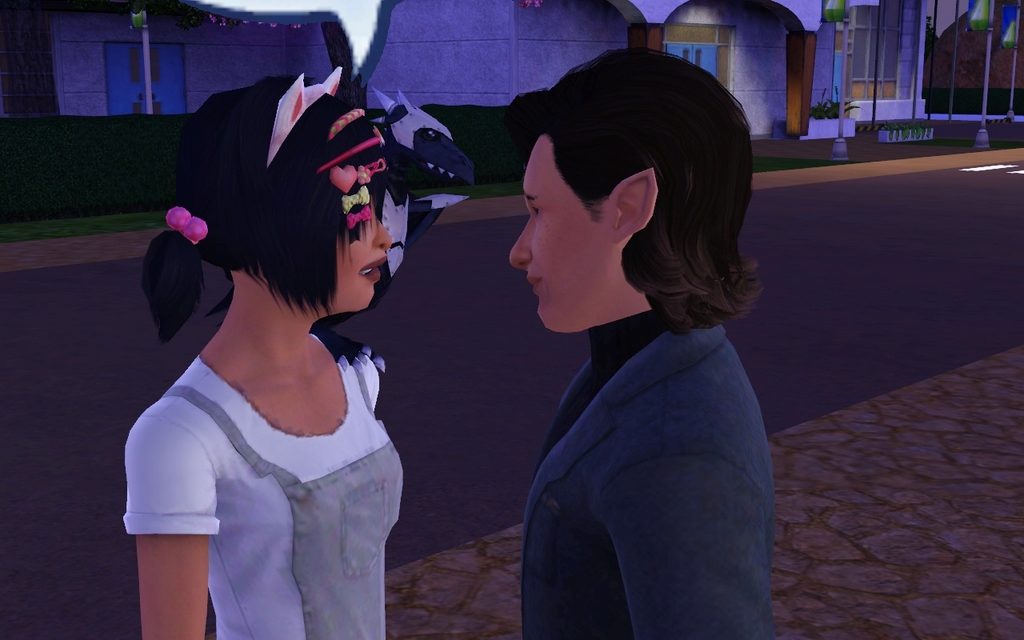 Now we have to catch him.

His name is Benito Bräutigam, by the way. (Bräutigam means groom). 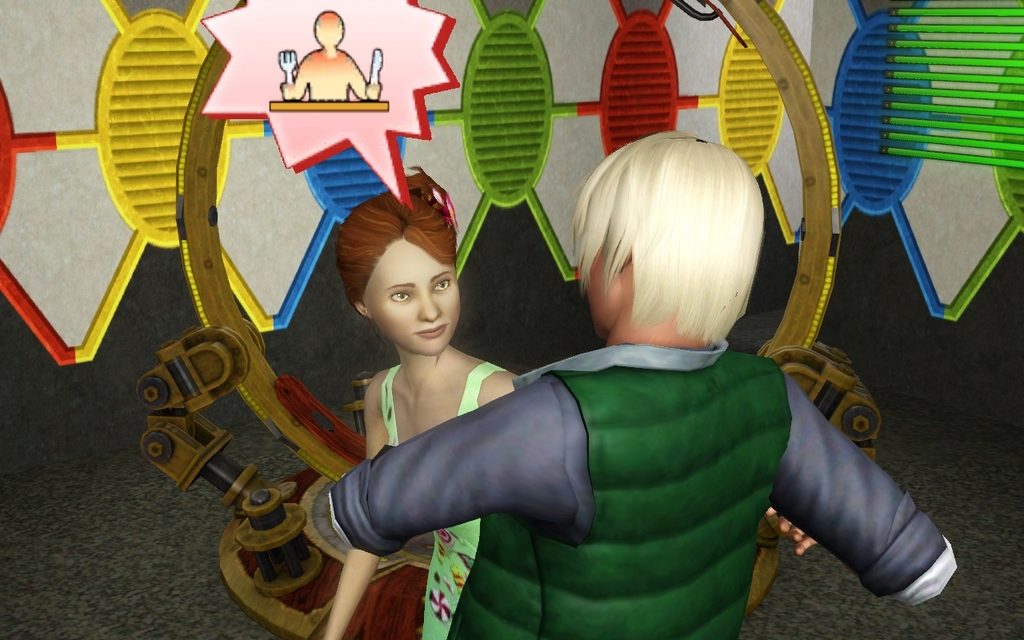 Inside is a very hungry Gabby, dancing with some townie. I would be very careful, young man. 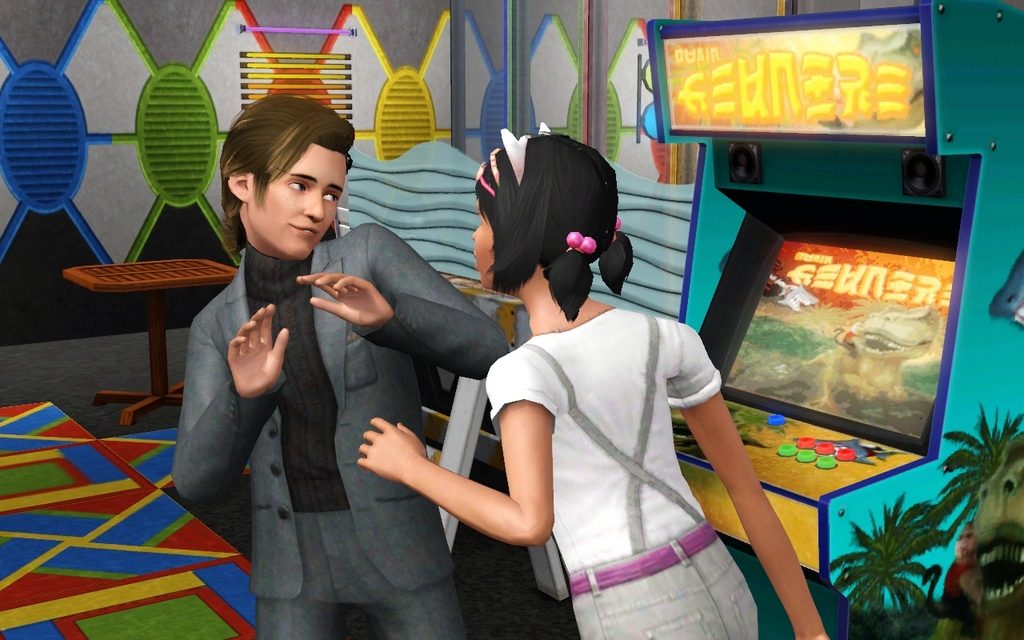 Benito: Hey, just because I broke up with my girlfriend for you, doesn´t mean you can just kiss me! 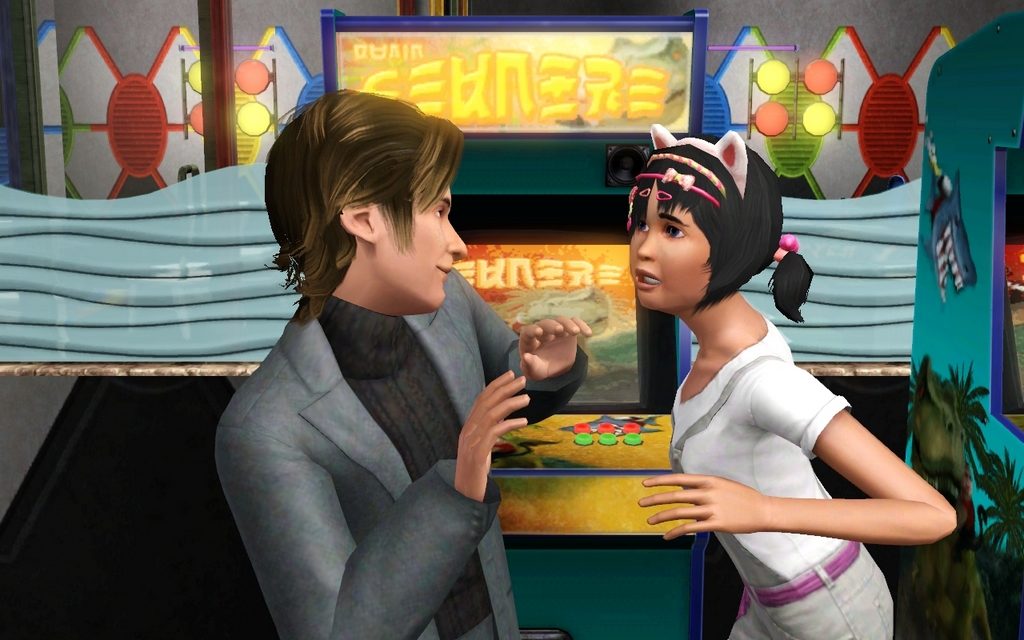 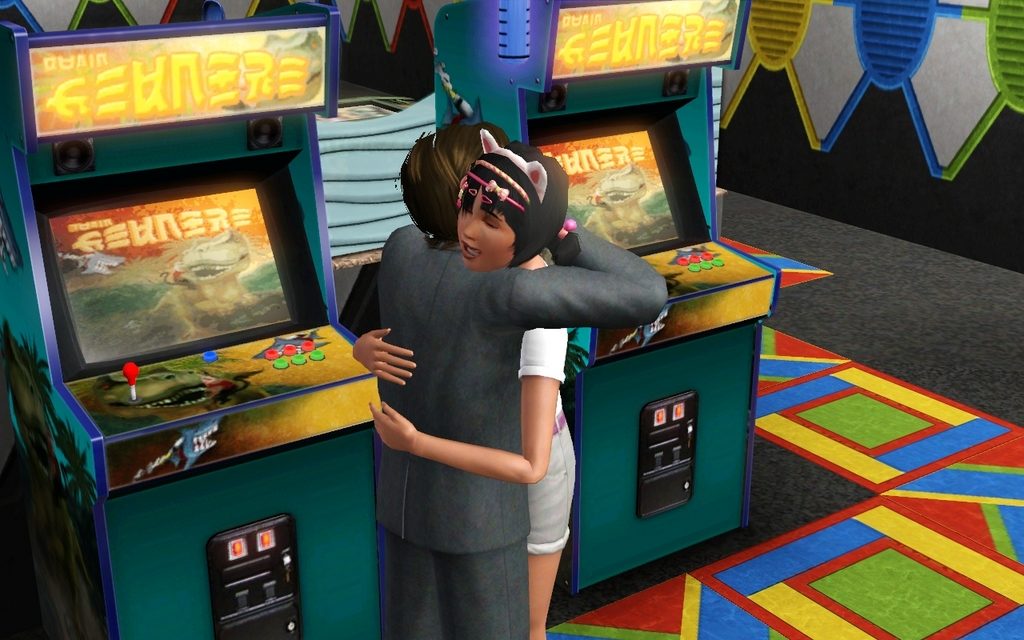 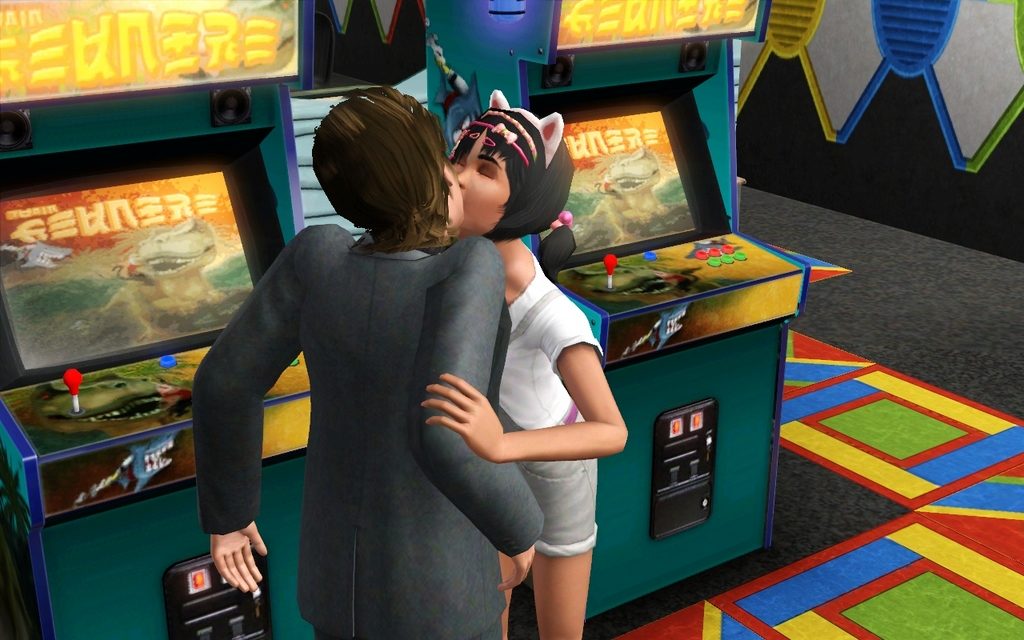 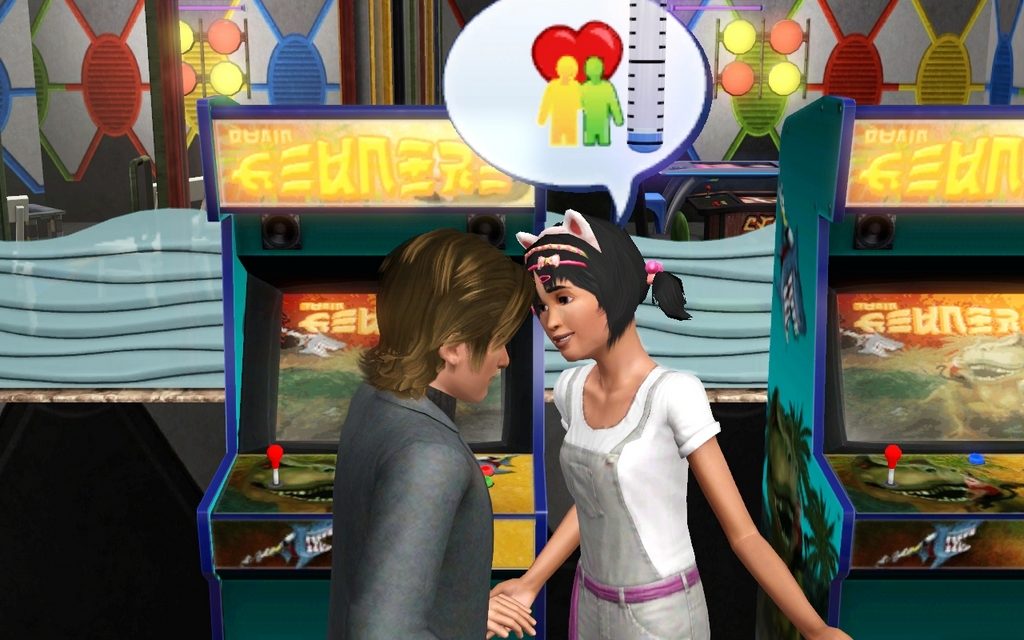 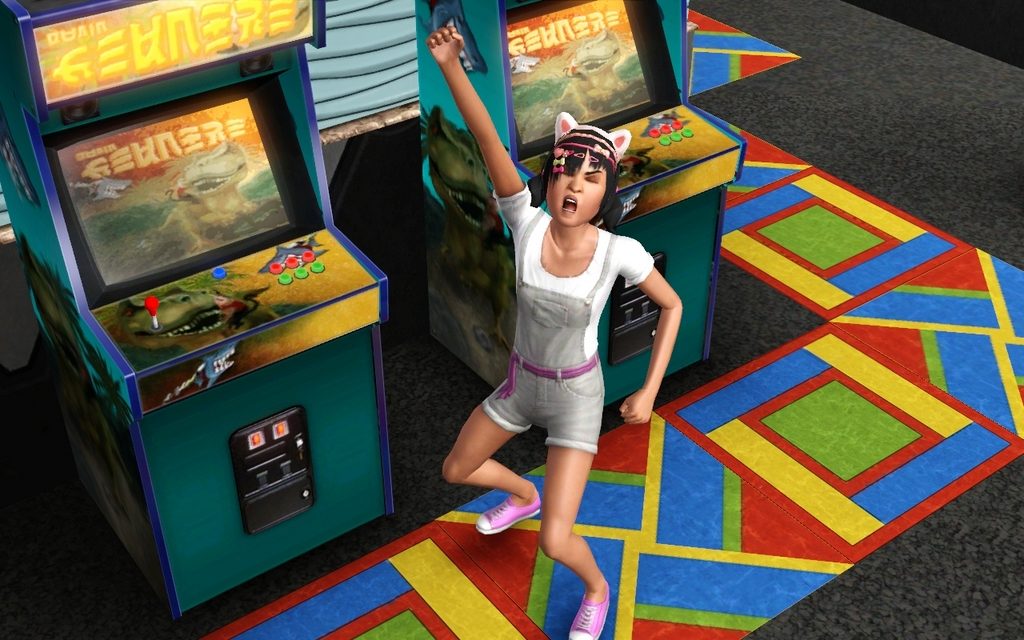 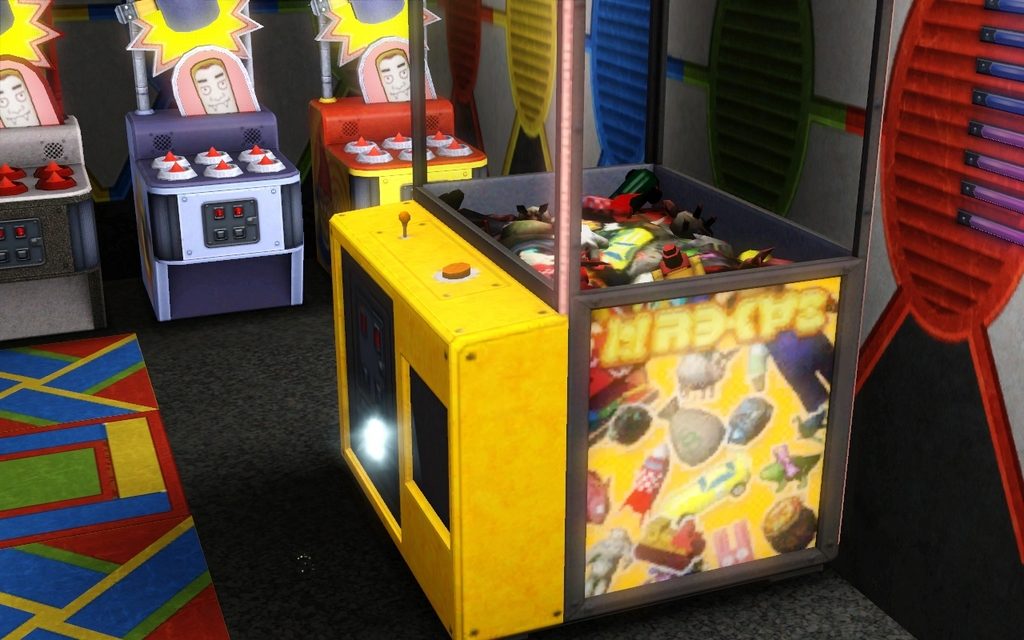 I sent Kisa over at some point, because it was getting really late. 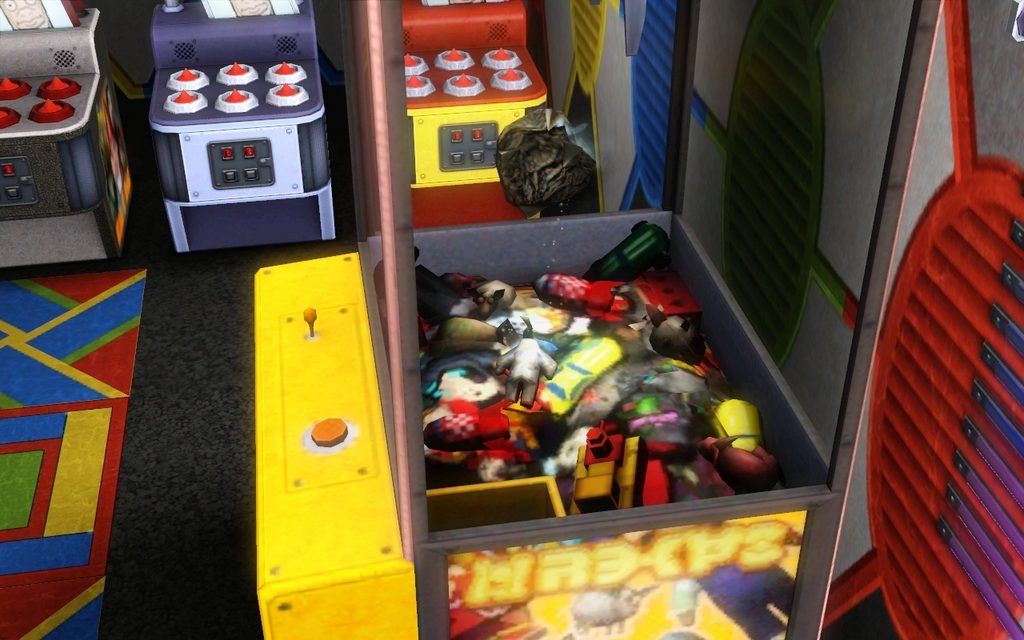 She has a lot of fun plundering the claw machine. 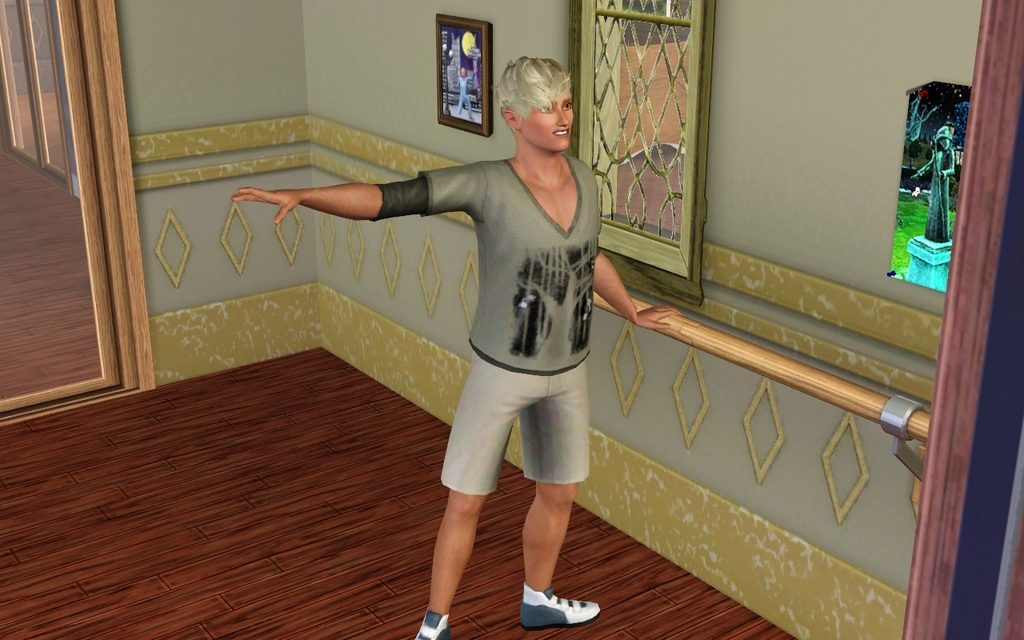 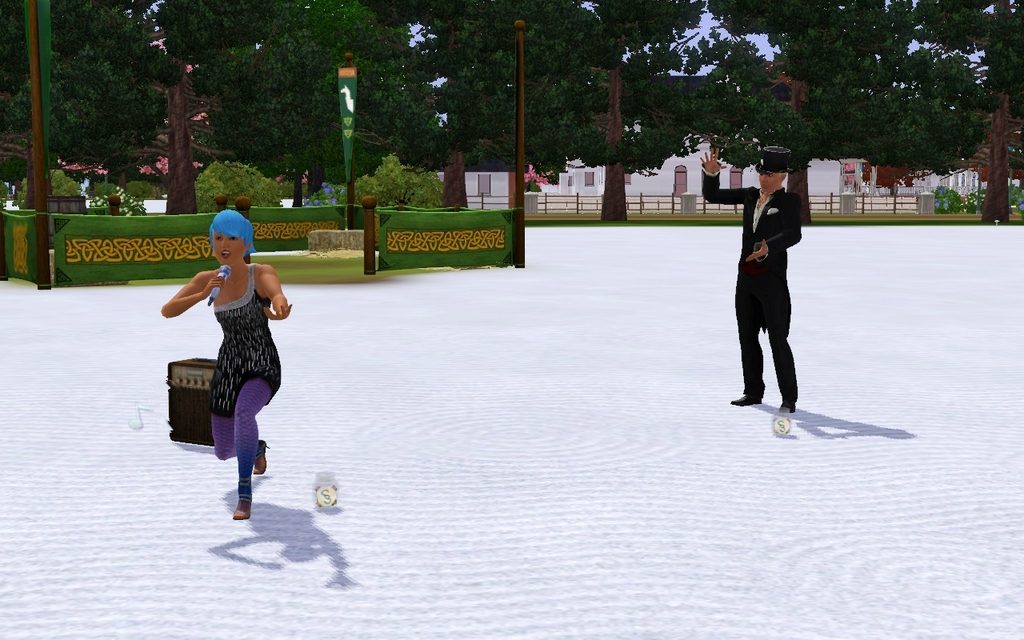 He often has a double gig with Arielle. 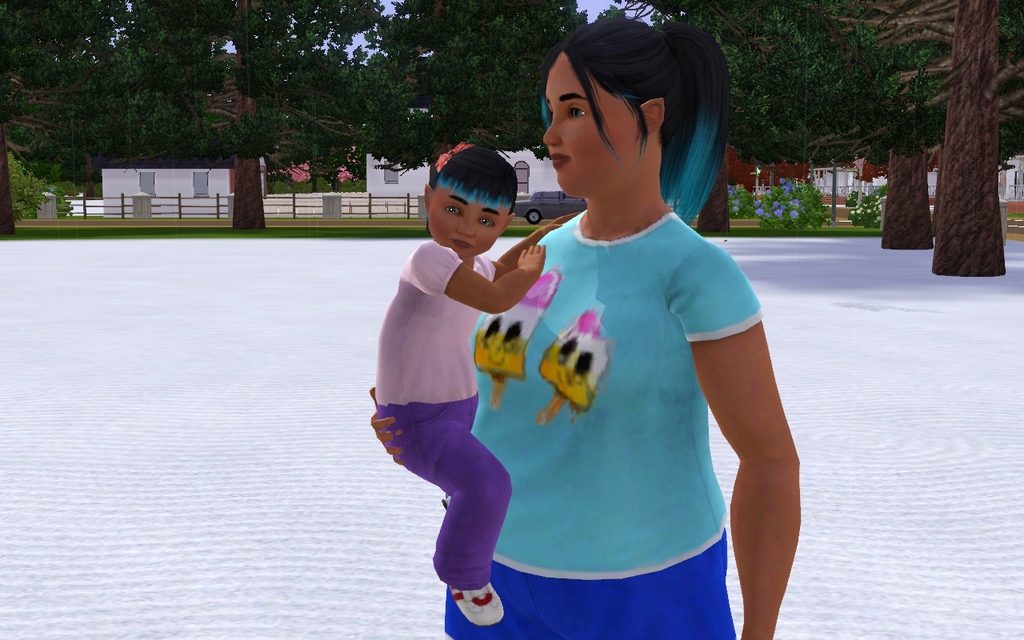 This is the werewolf lady who I considered as a spouse for Liam. Her little daughter is a werewolf, too, so that´s alright. 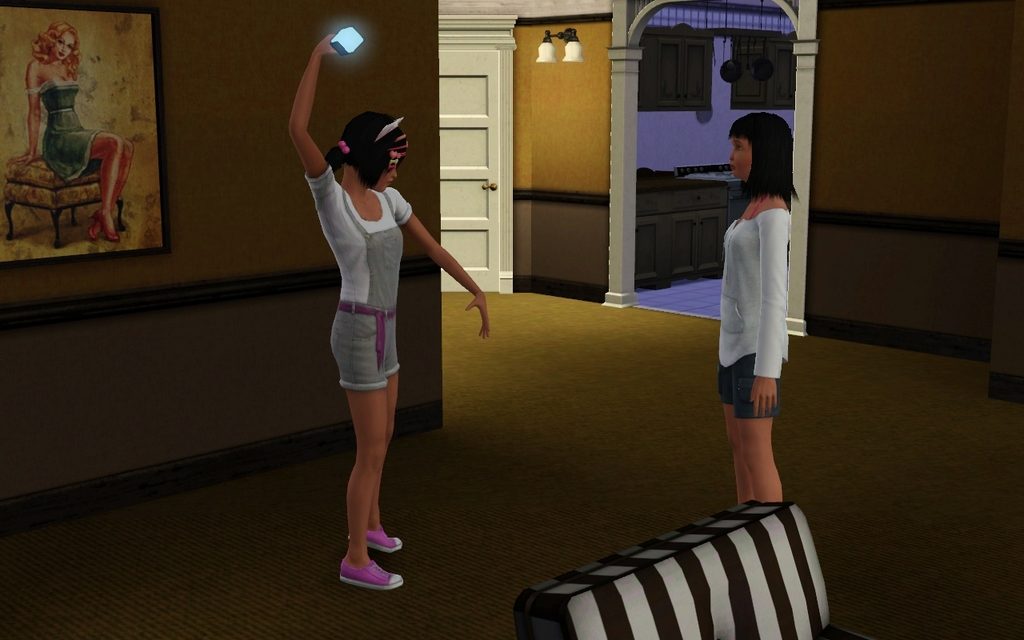 I thought it wouldn´t be fair, if Crystal´s relationship with her formerly best friend (Ziyi Yuan, originally from China), would stay in the red, just because of a story progression whim. So she brings a bottle of potent friendship elixier. 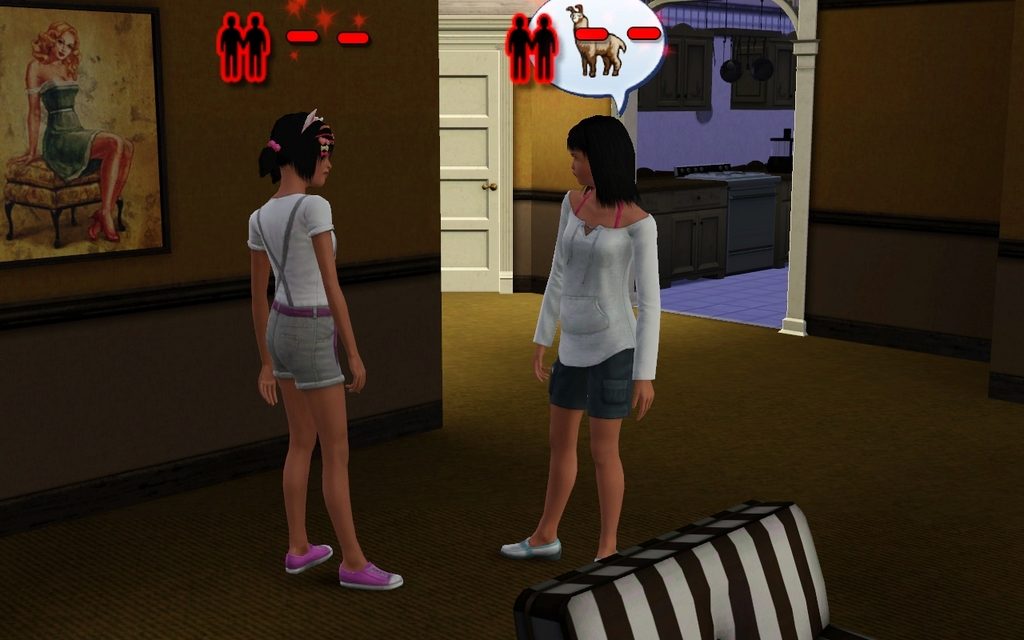 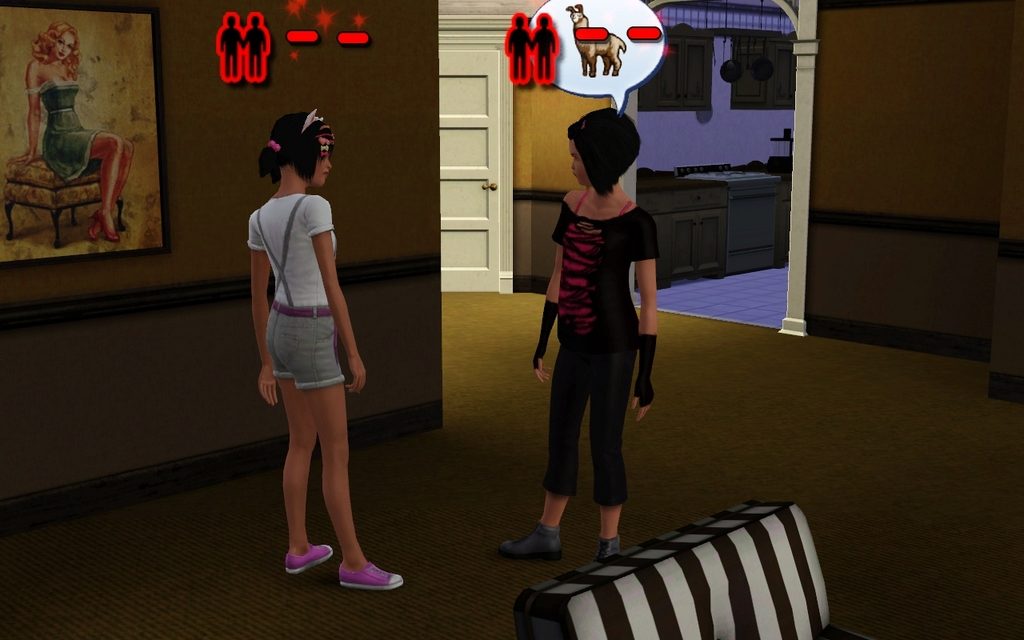 She deserves a new outfit for that. 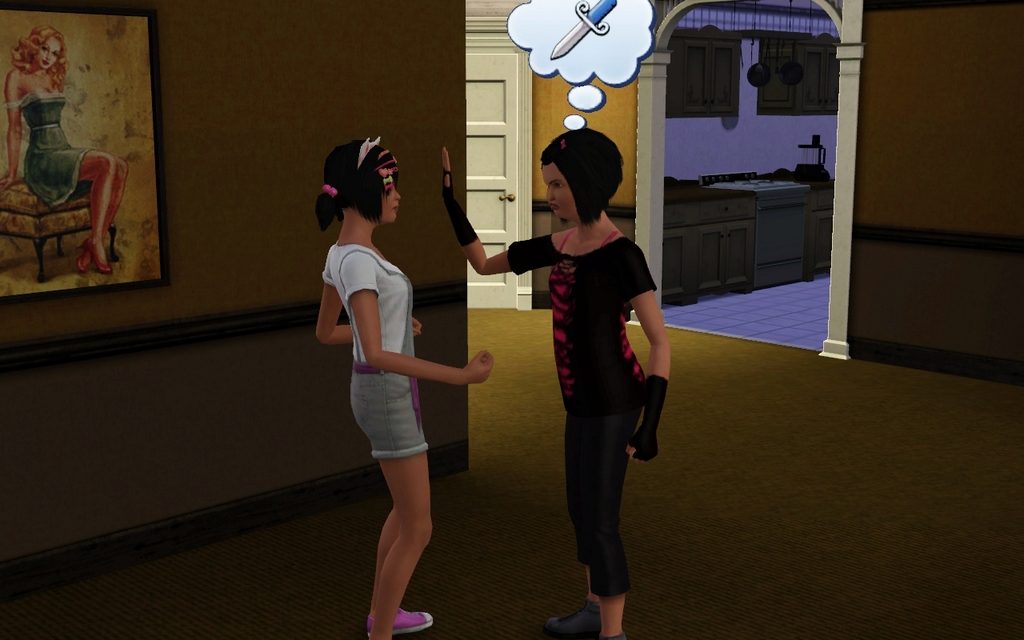 I probably should have waited two days for that betrayed moodlet to disappear. 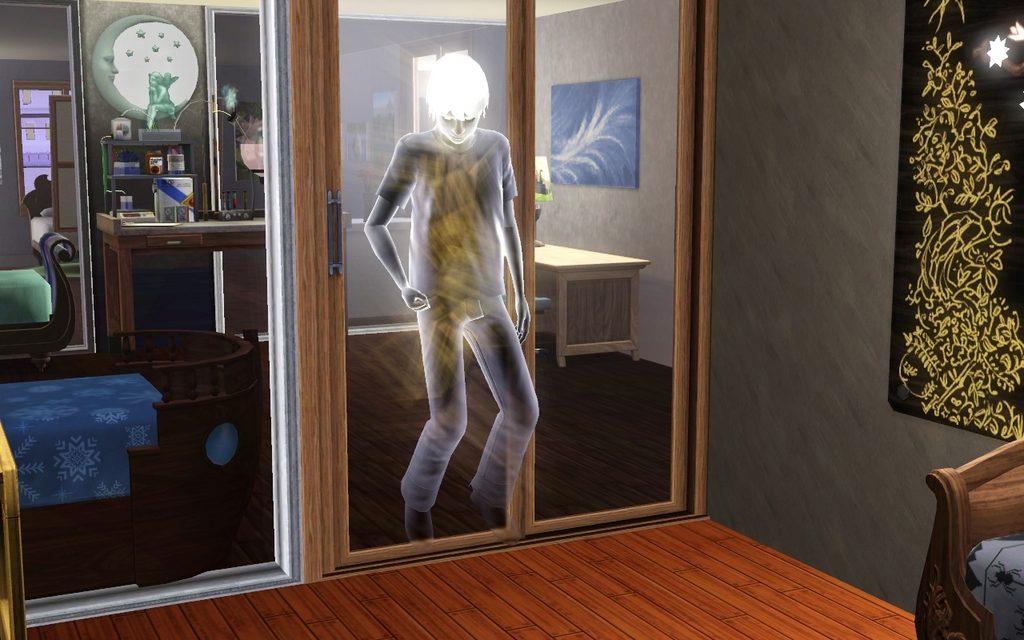 Then the camera suddenly zooms home. 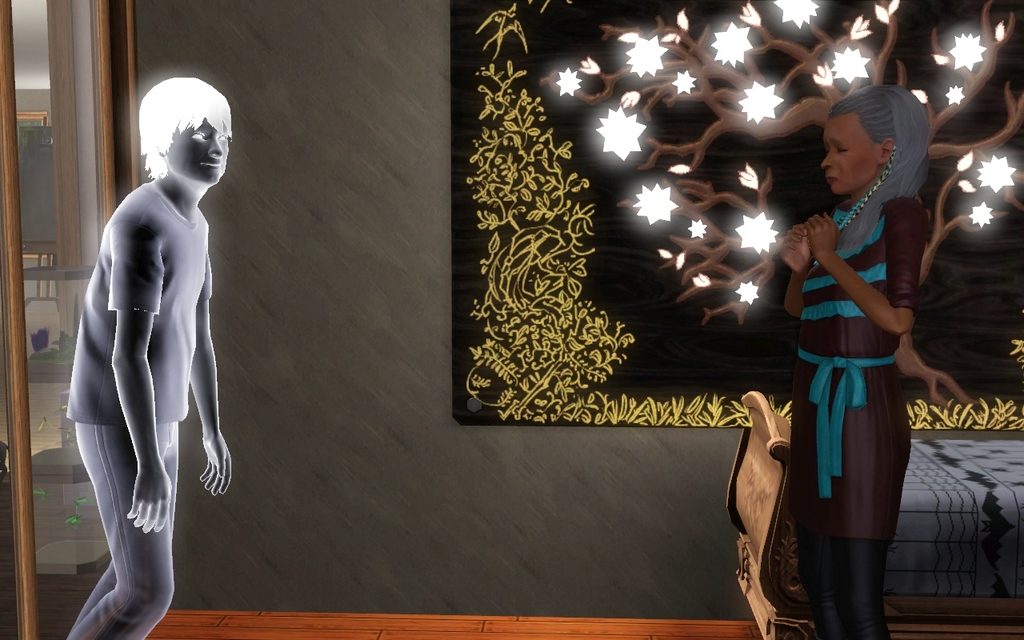 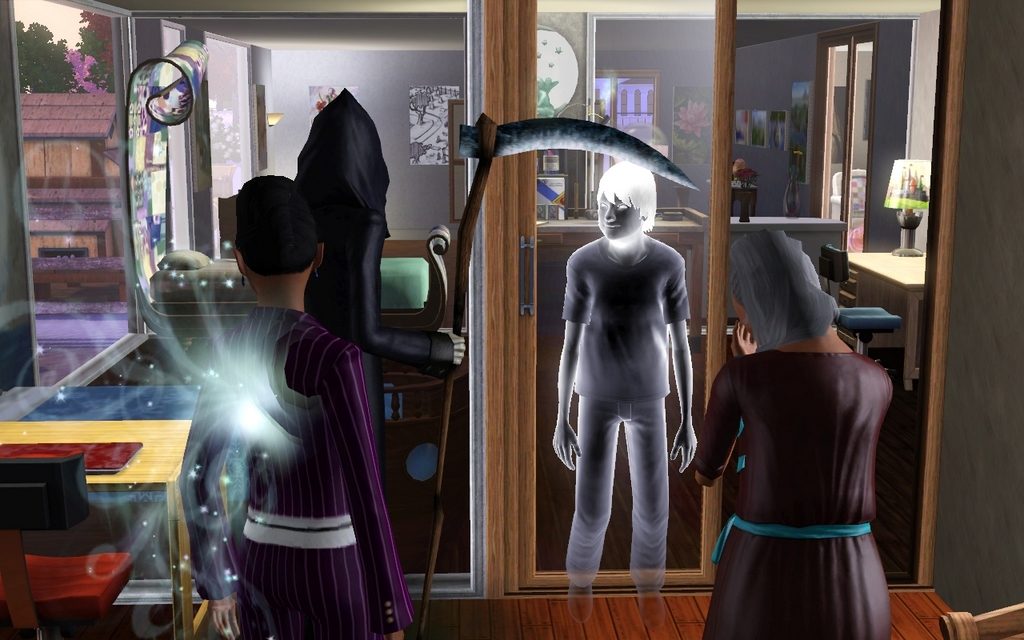 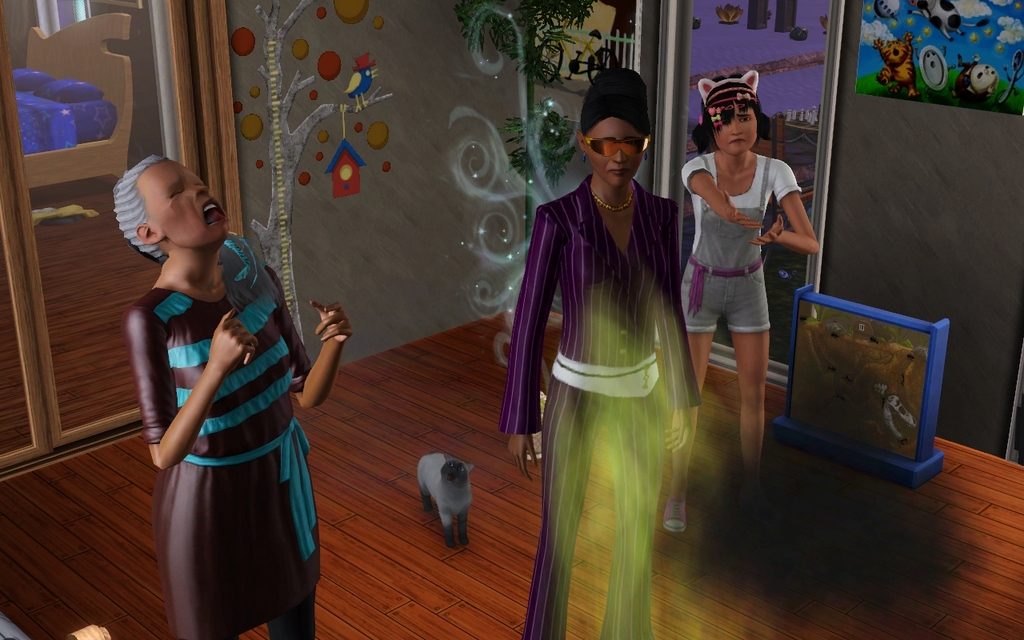 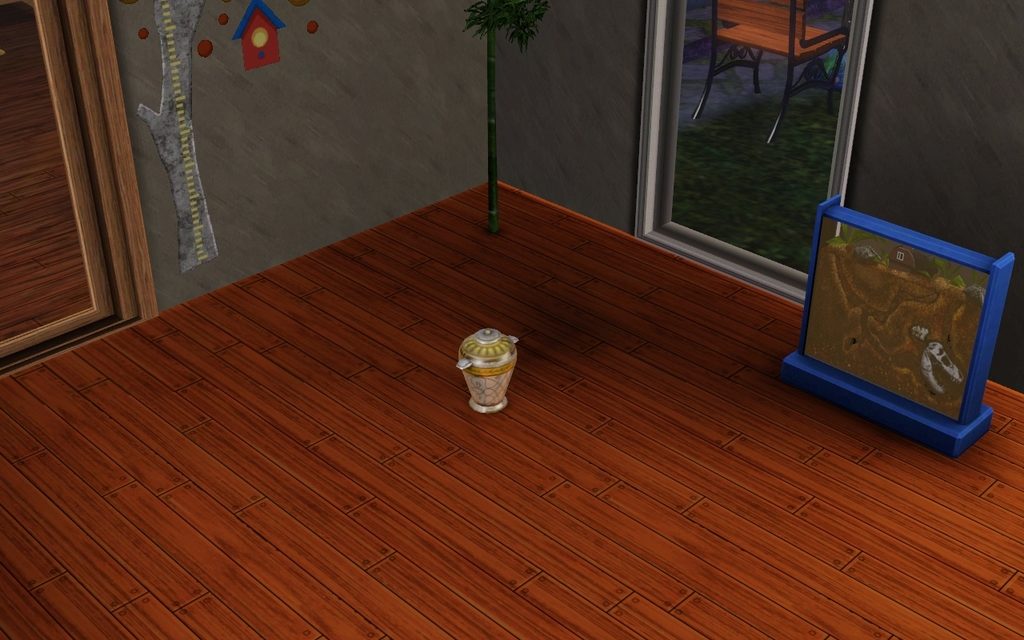 Connie is heartbroken. I think, I am, too. 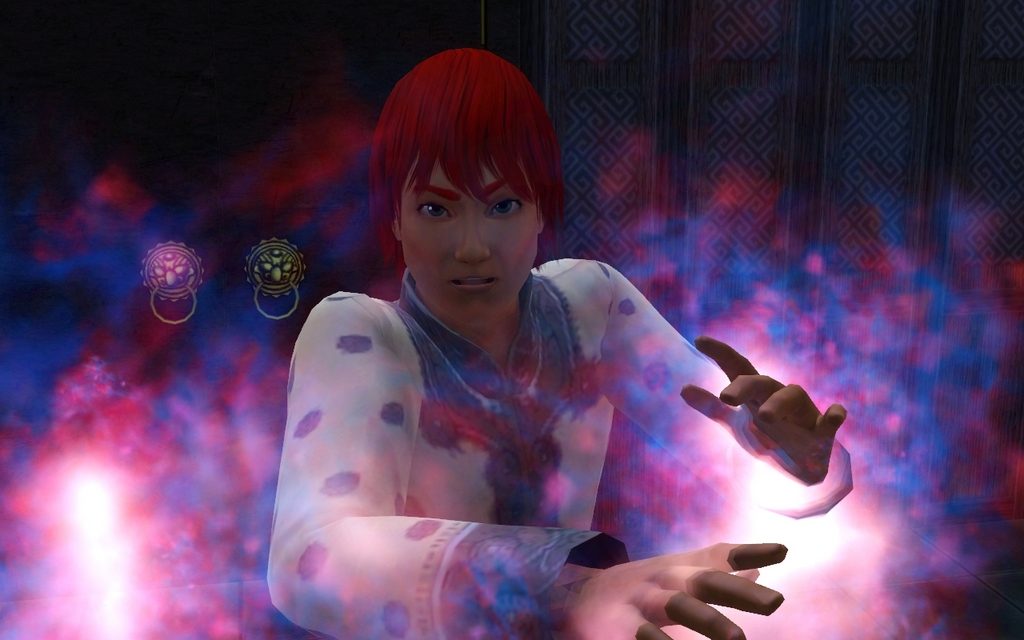