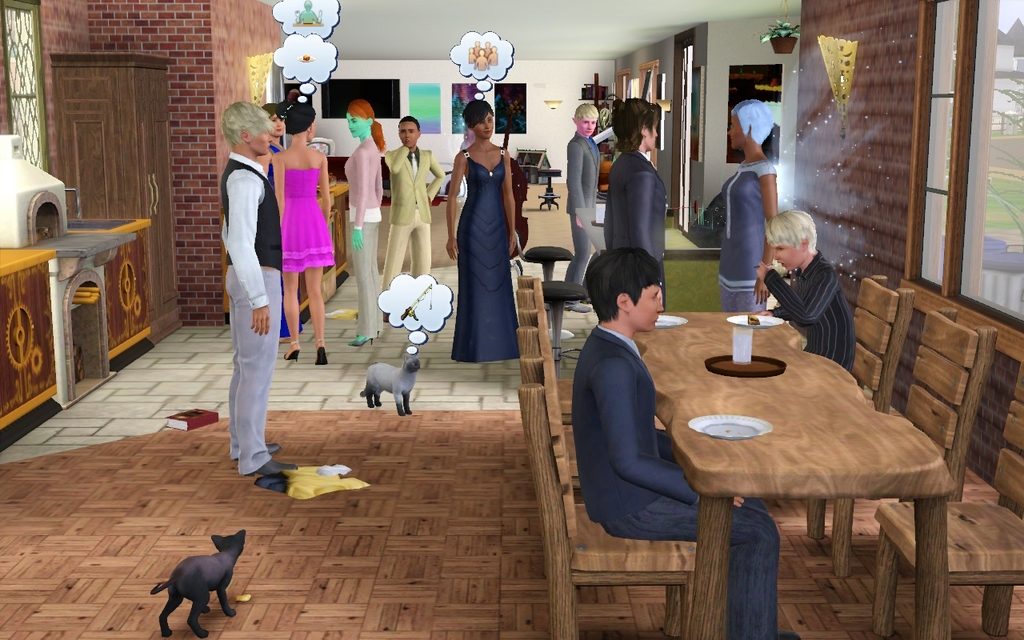 The house is messy and full of people. Whatever could it mean? 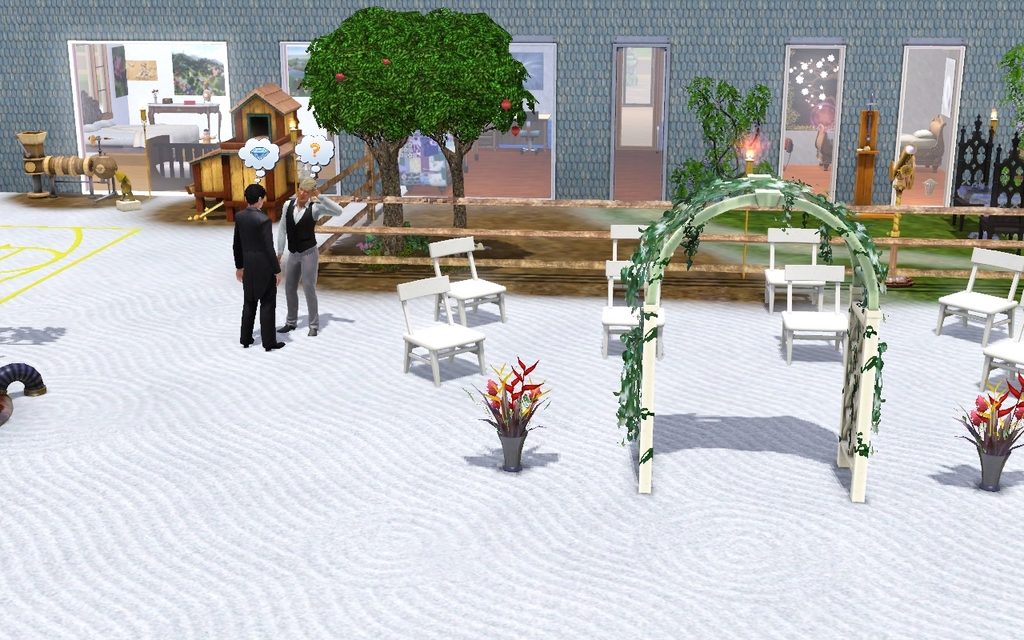 Well, it would be, if they were actually engaged. Which they are not, what I only realized, when I couldn´t click on the wedding arch. Bad simmer. But I can fix that.

Liam: What was I about to say?

Mortimer: I don´t know. Something about diamonds? 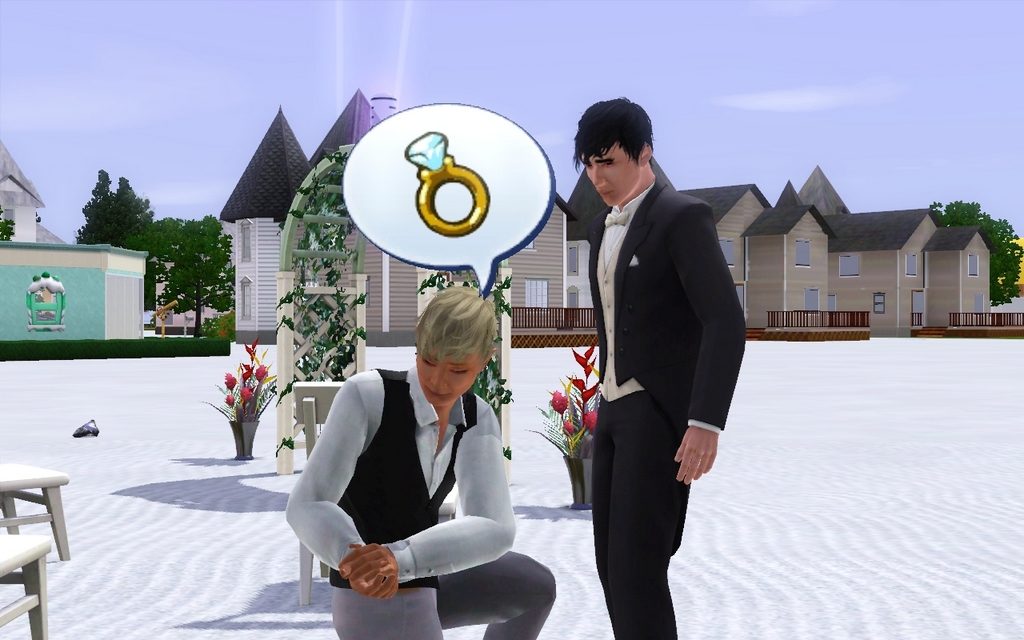 Liam: I have it here, somewhere…

Mortimer: Whatever are you talking about? Did you lose something? 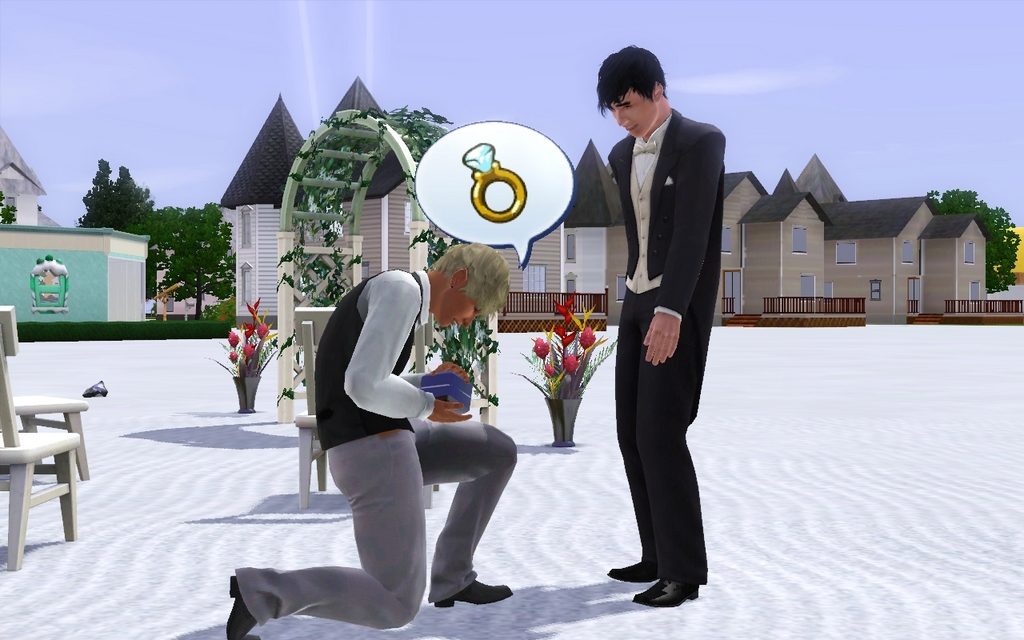 Liam: I mean, will you marry… ooops… marry me? (He´s clumsy, so he fumbled the box). 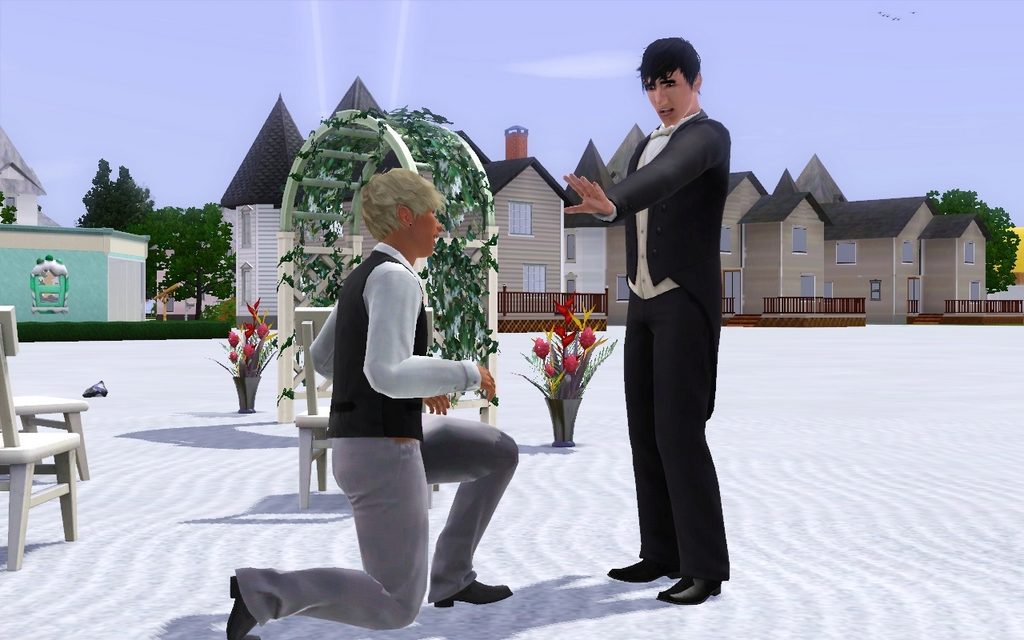 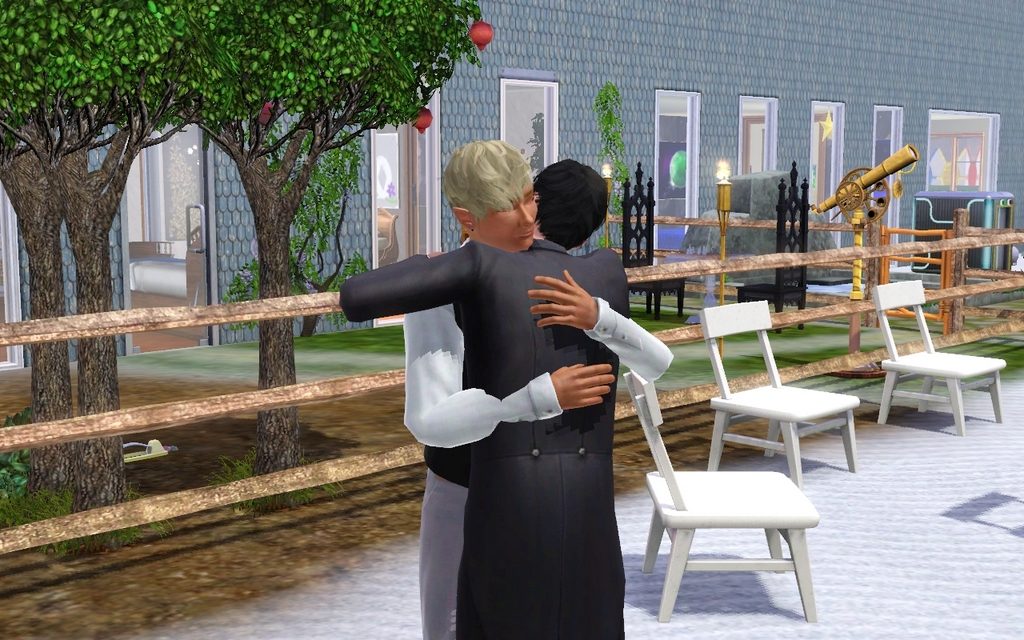 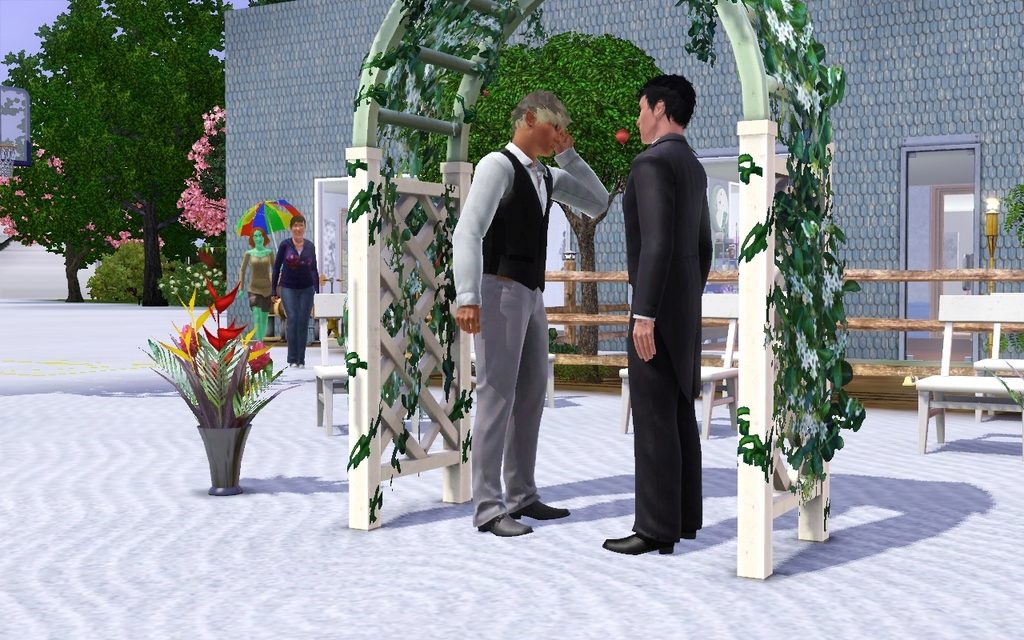 So, now they can use the arch. Liam is confused again. His absent-mindedness is really playing up today. Must be nerves. 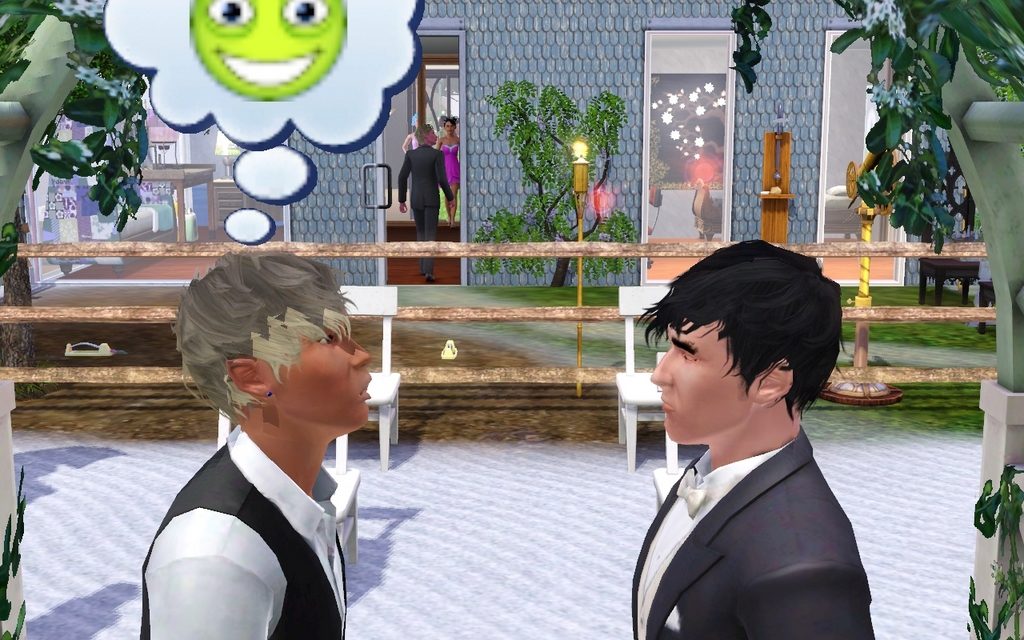 Liam: I´m so happy, but I don´t know, whyyyyyy… 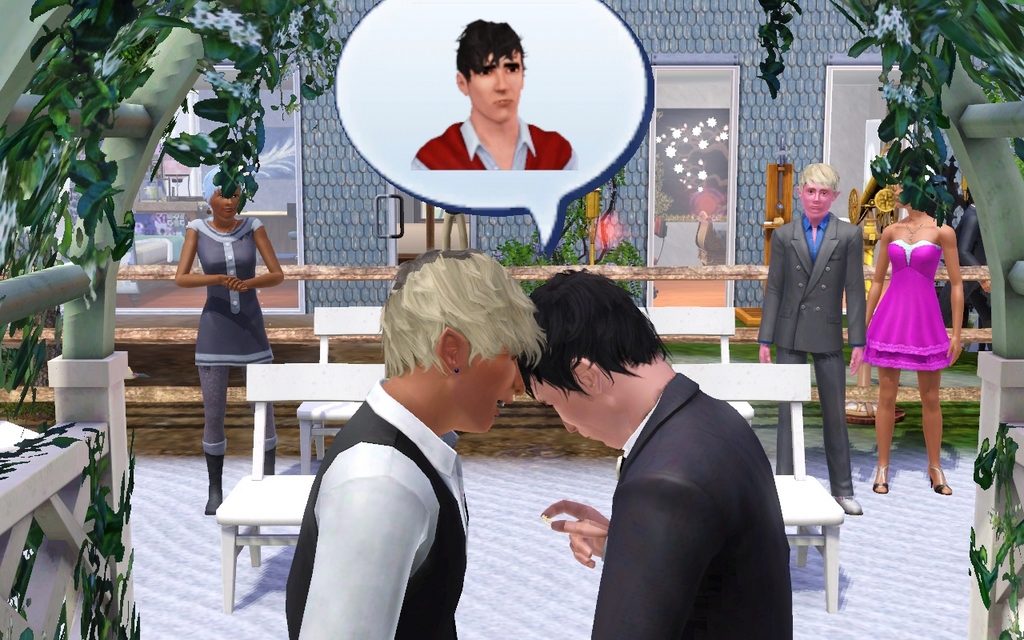 Mortimer: Yes. Now give me your hand, you doofus. 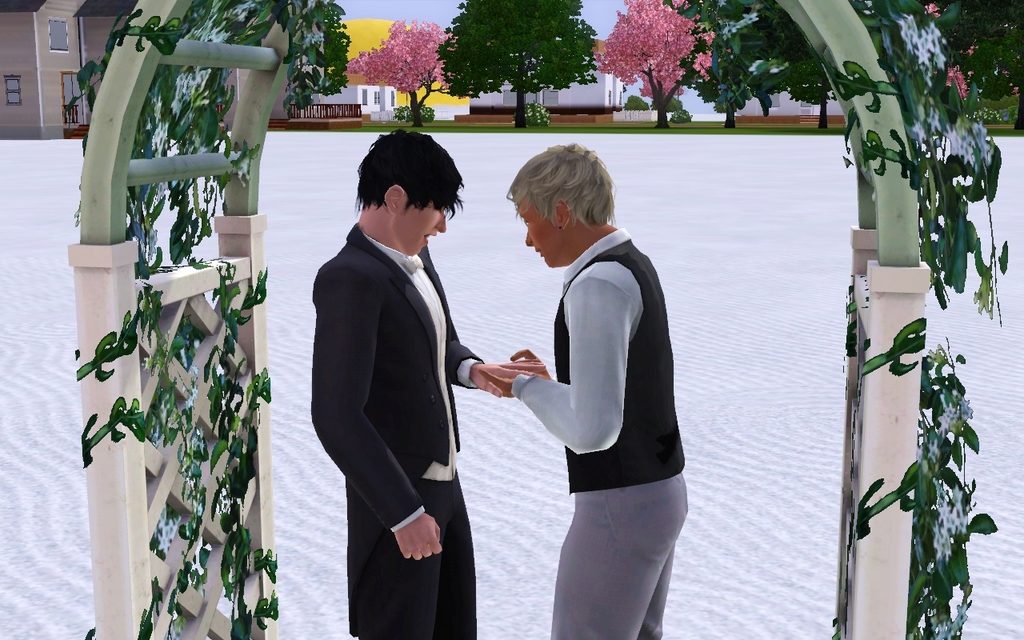 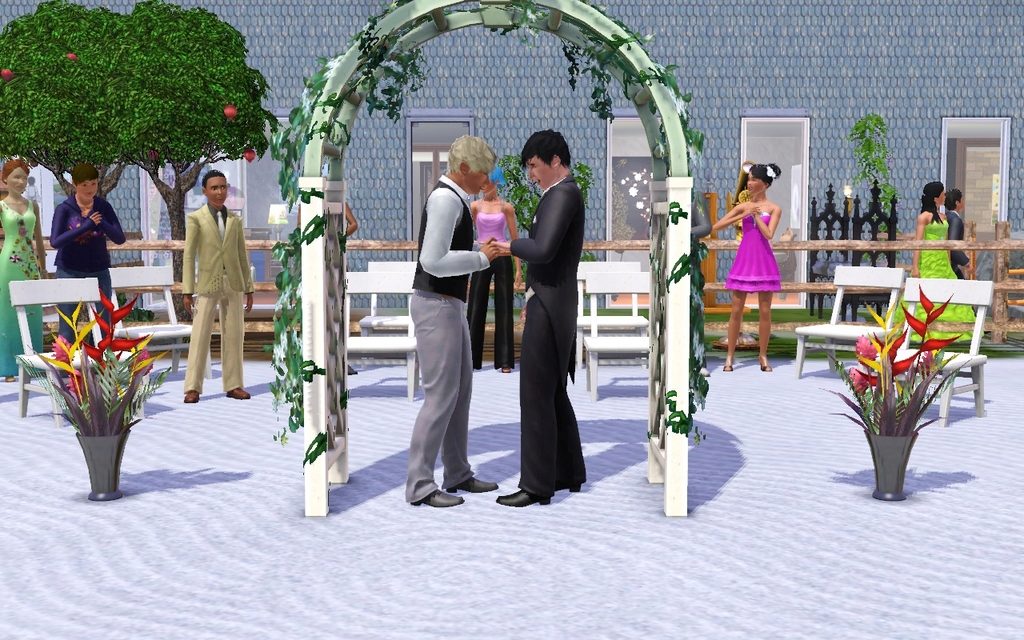 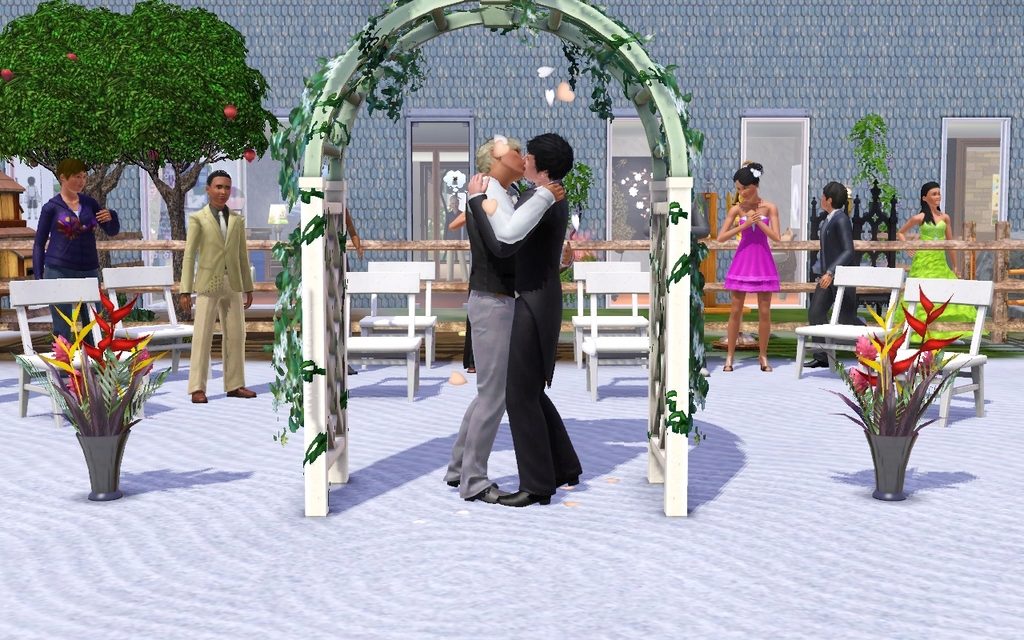 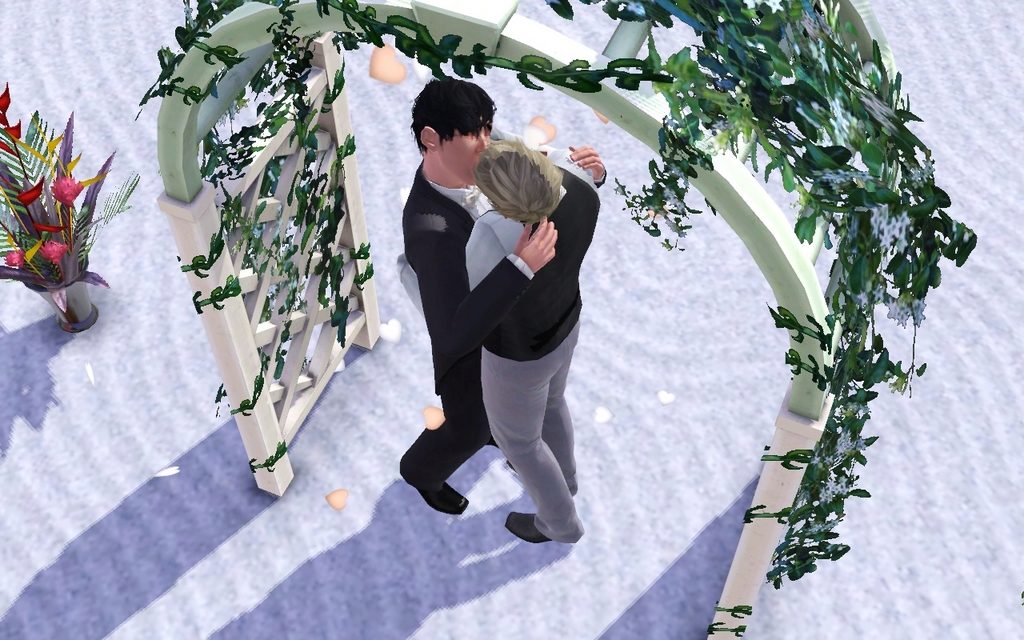 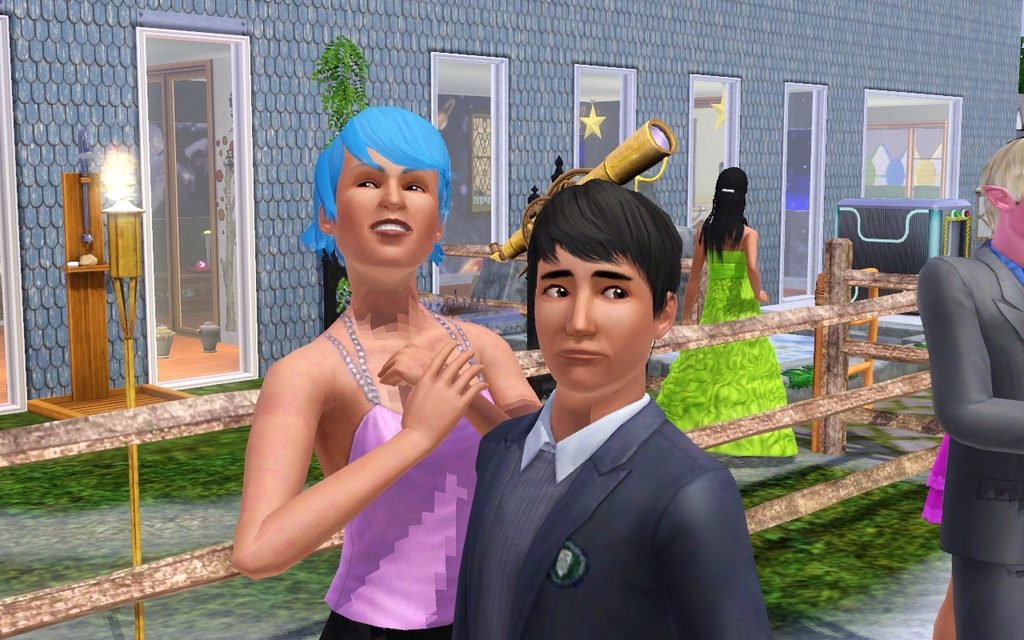 Scott: Well, about time, I guess. Parents are so embarrassing. Where´s the cake? 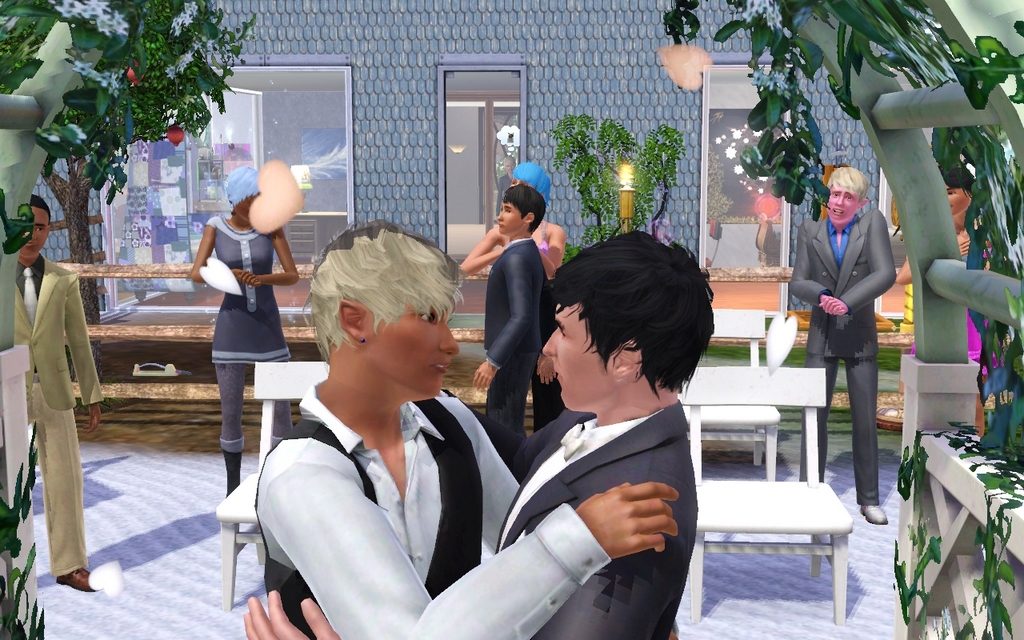 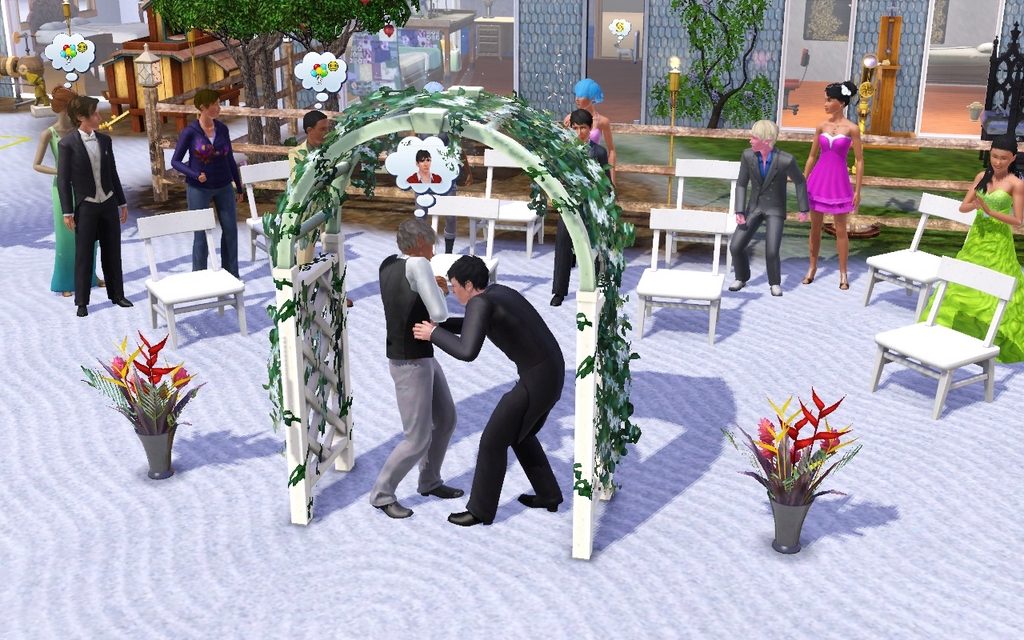 Being frisky already. Down, boys! 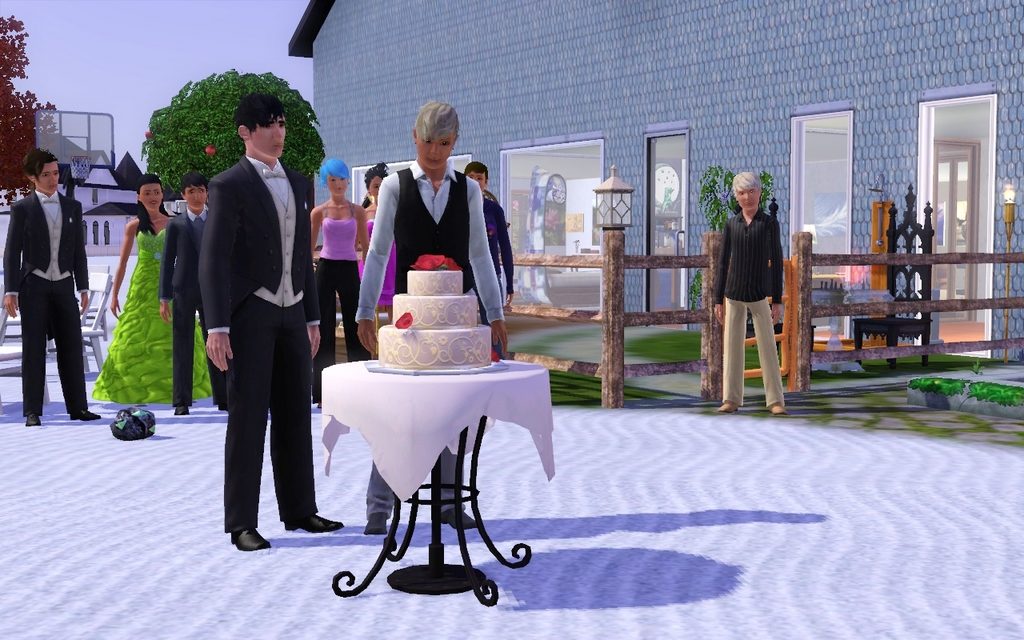 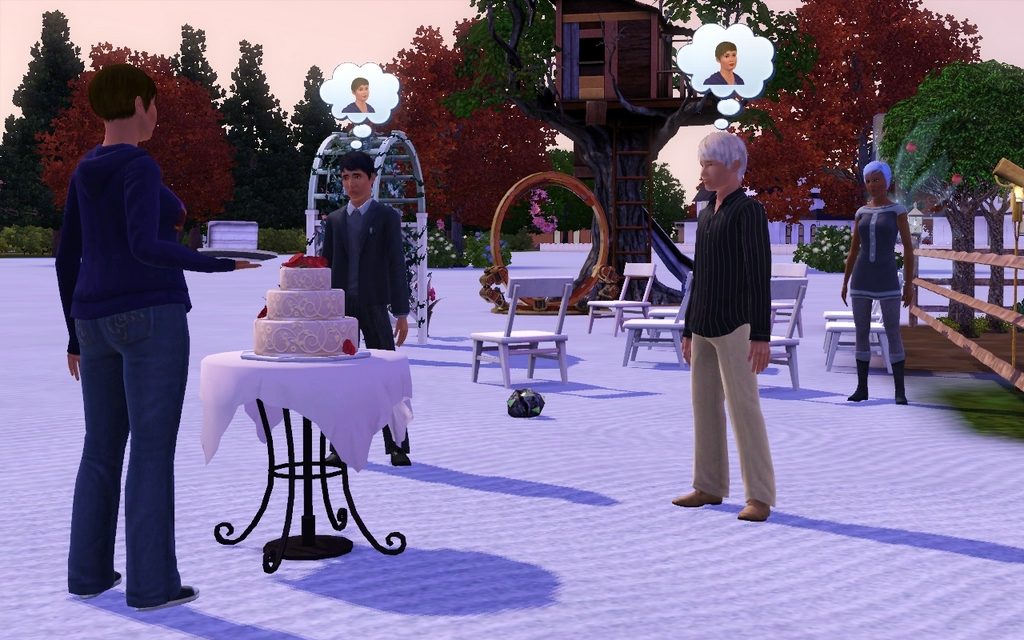 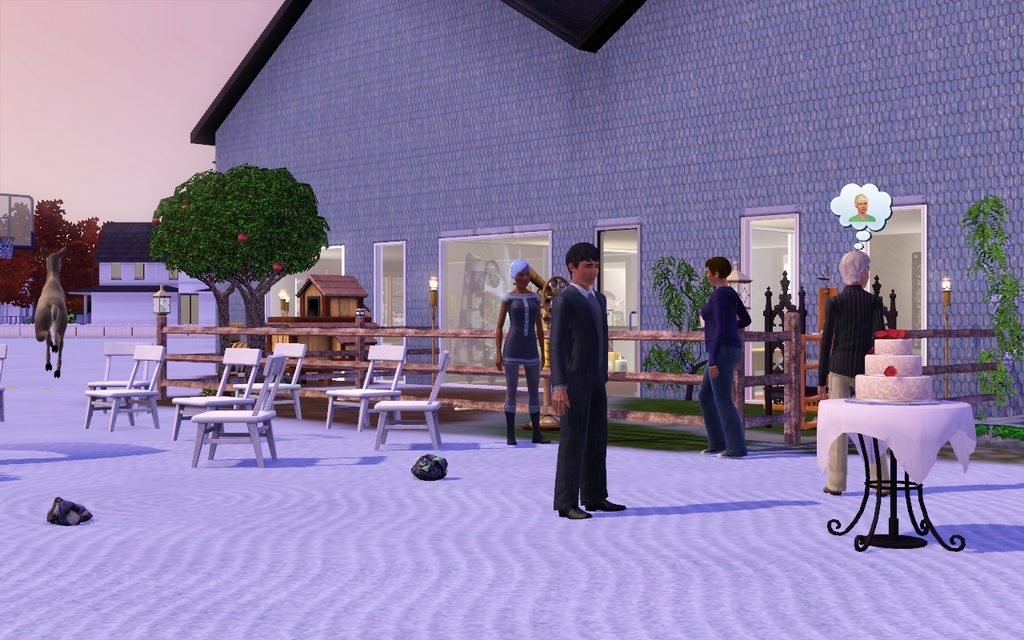 Of course they threw a routing tantrum and didn´t get any.

Isolde: More for me. 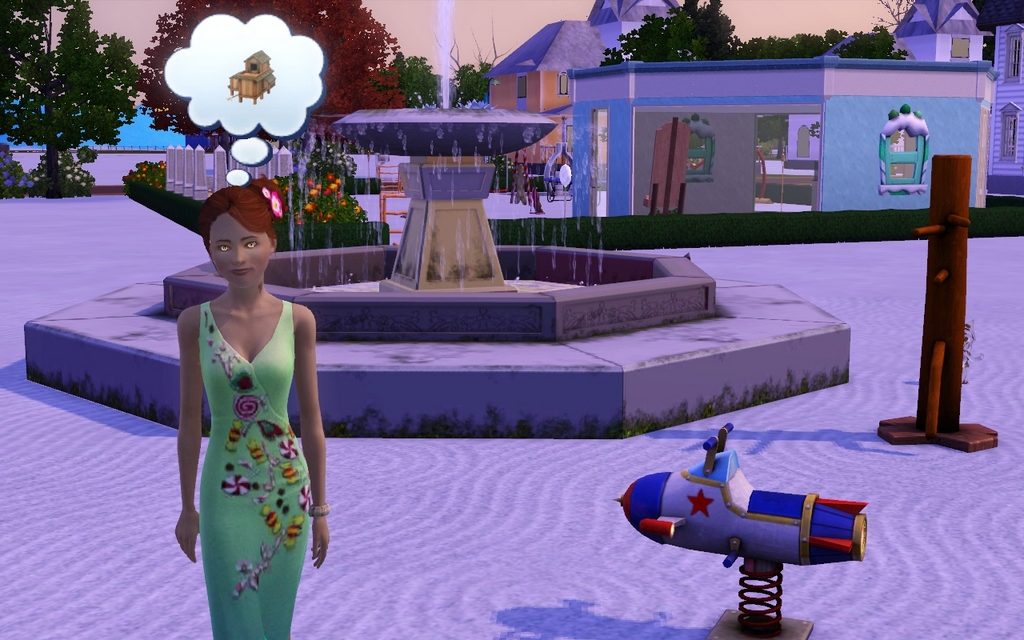 Gabby: Weddings are nice and all, but I´m only here for the chickens. 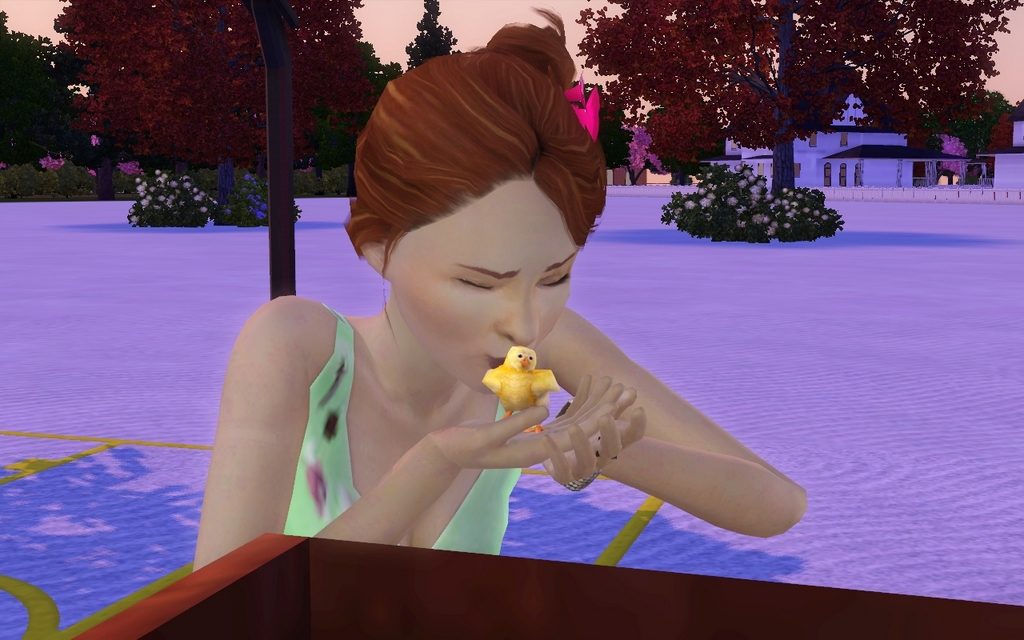 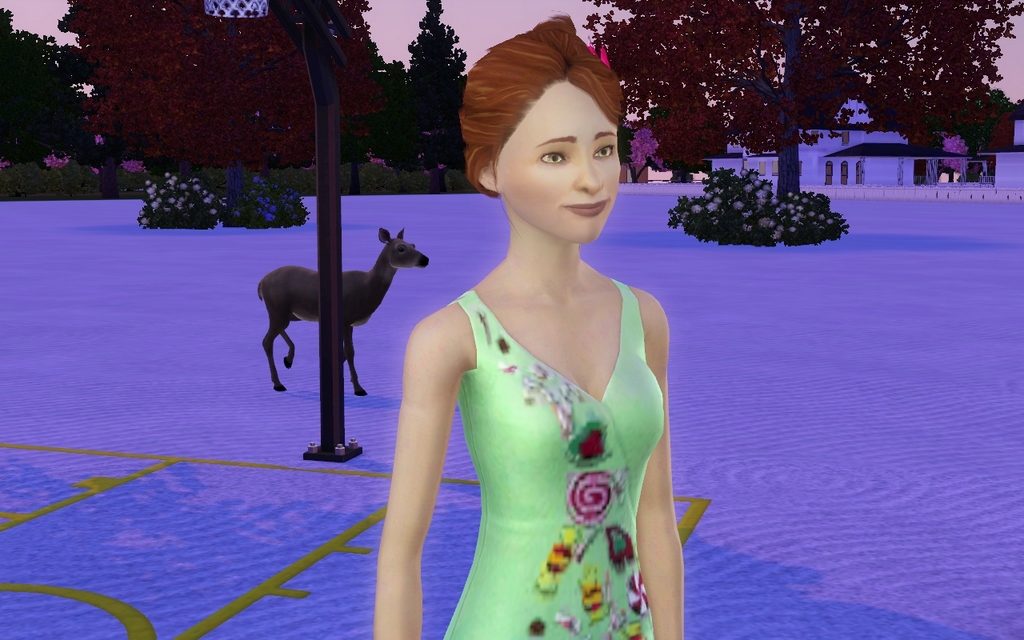 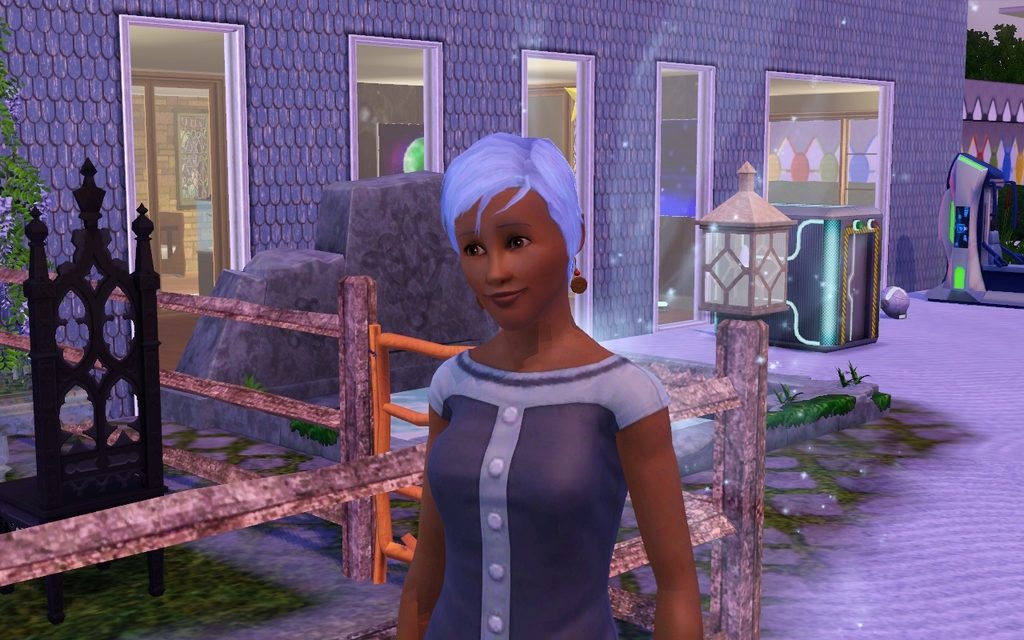 Marina stayed for a bit and played basketball with Crystal. 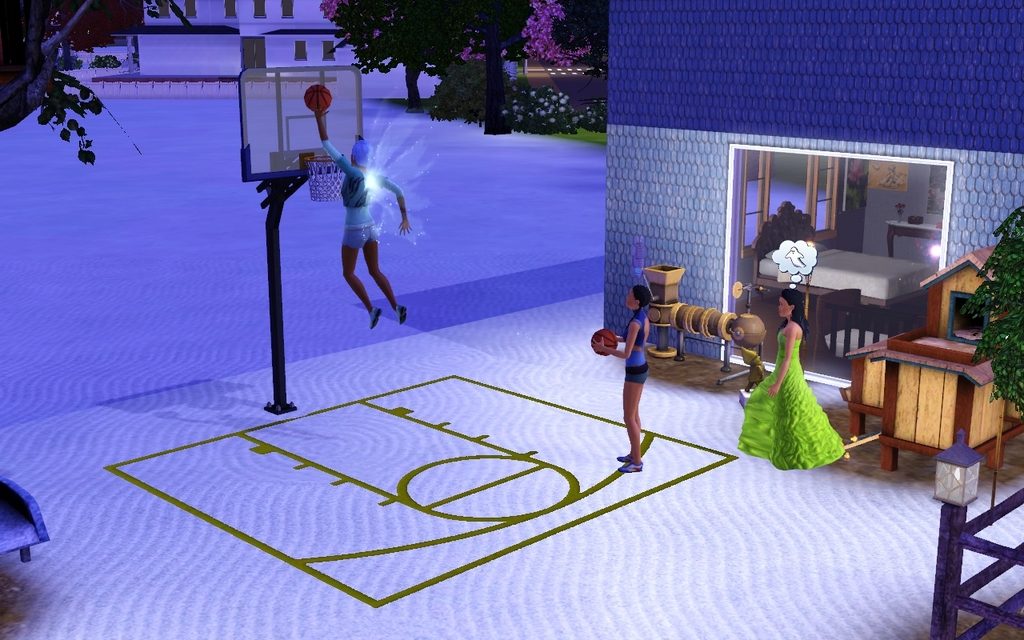 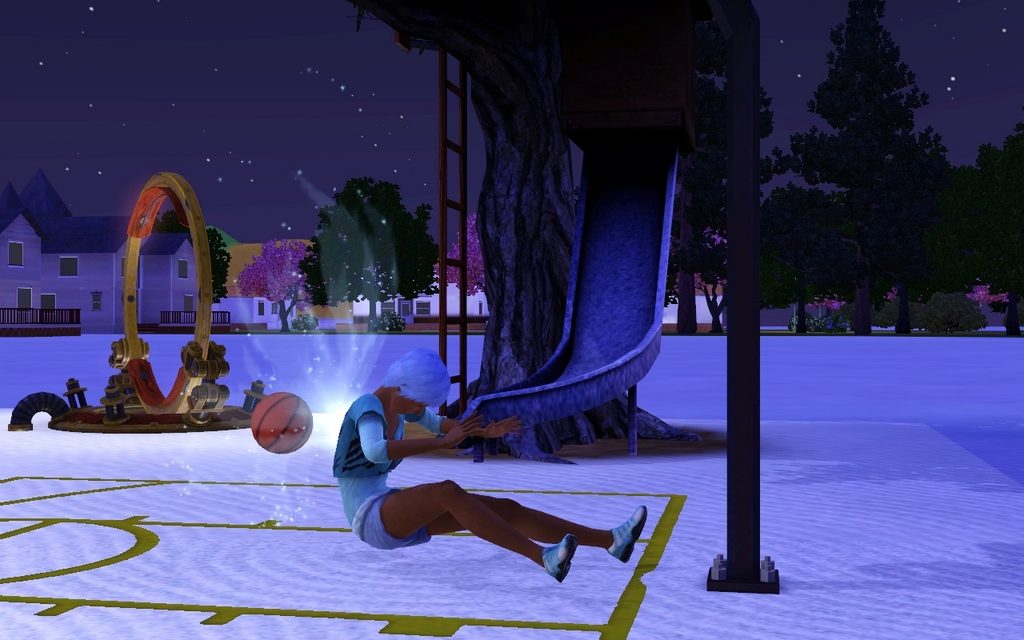 How a fairy can land on her butt is beyond me. Maybe it´s all about balance. 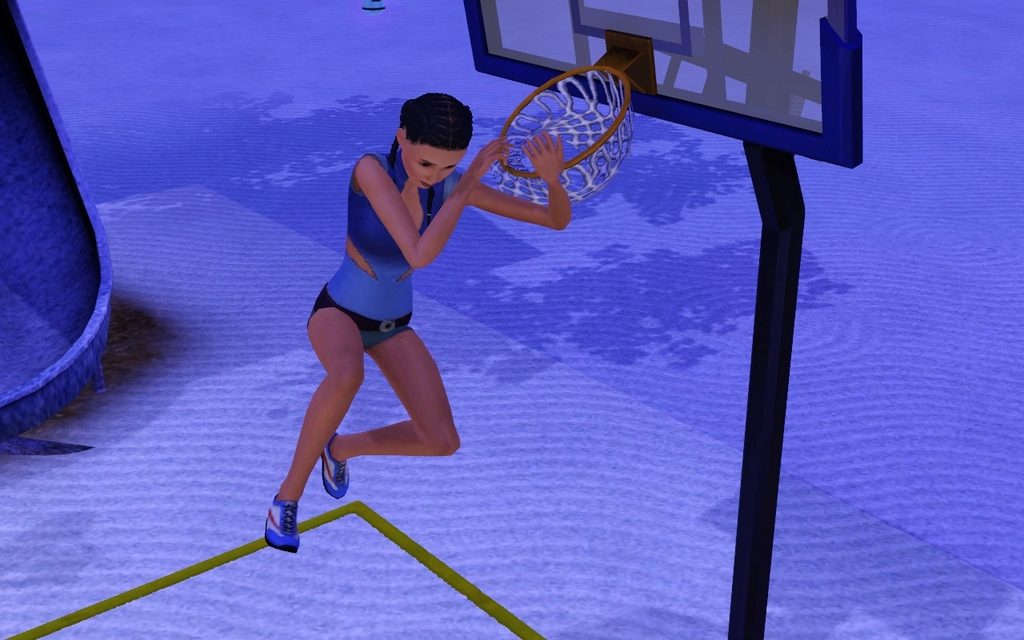 The djinn doesn´t fare any better. 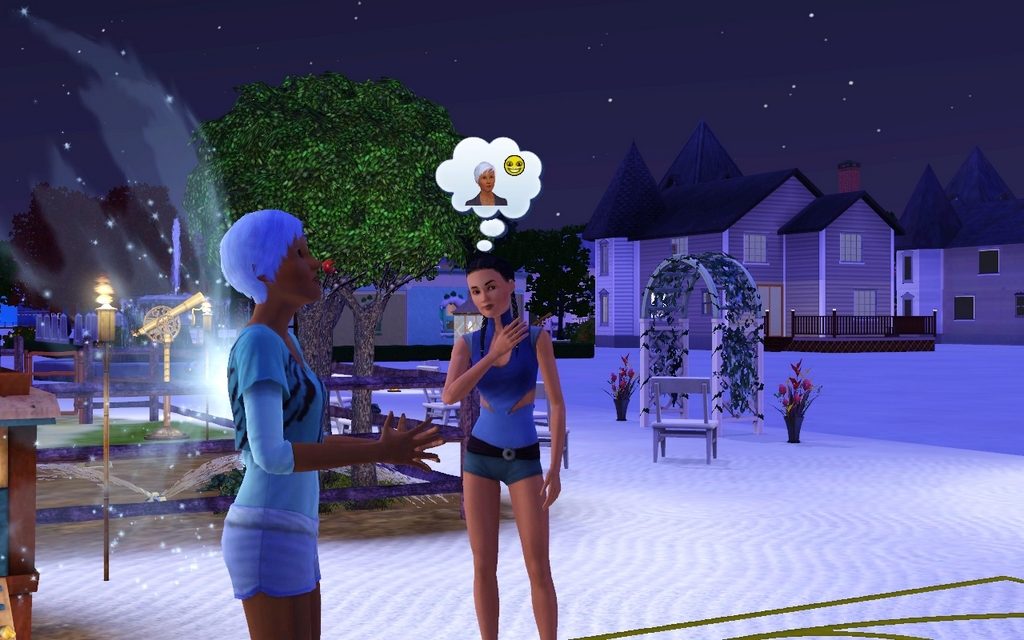 But they had fun.

It was a nice wedding.