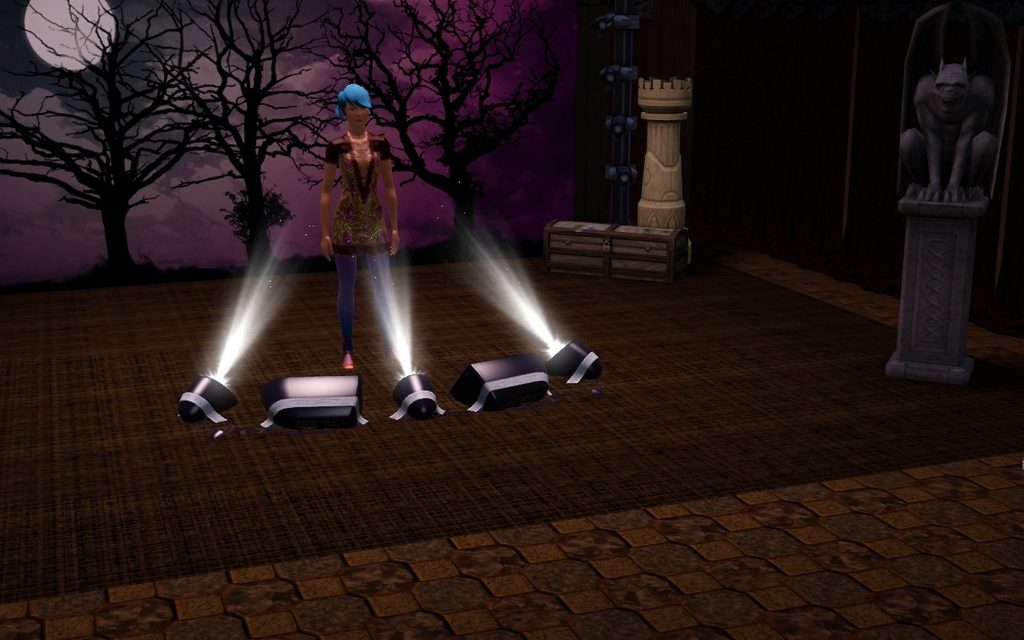 Arielle is still working hard on her lifetimewish. 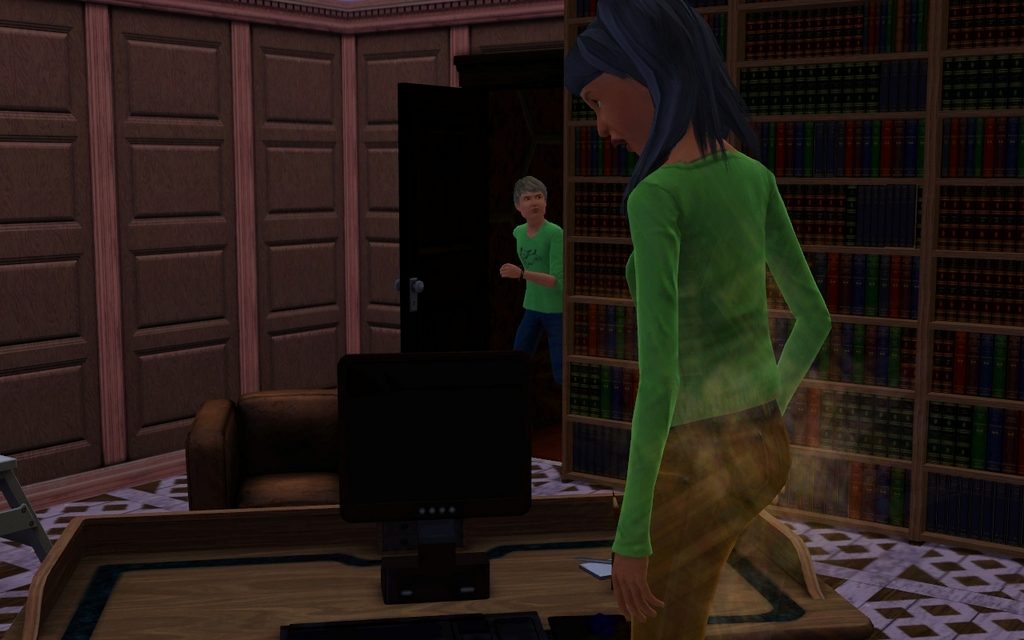 The concert flopps, because Rowan Orange´s wife decides to die on the lot. 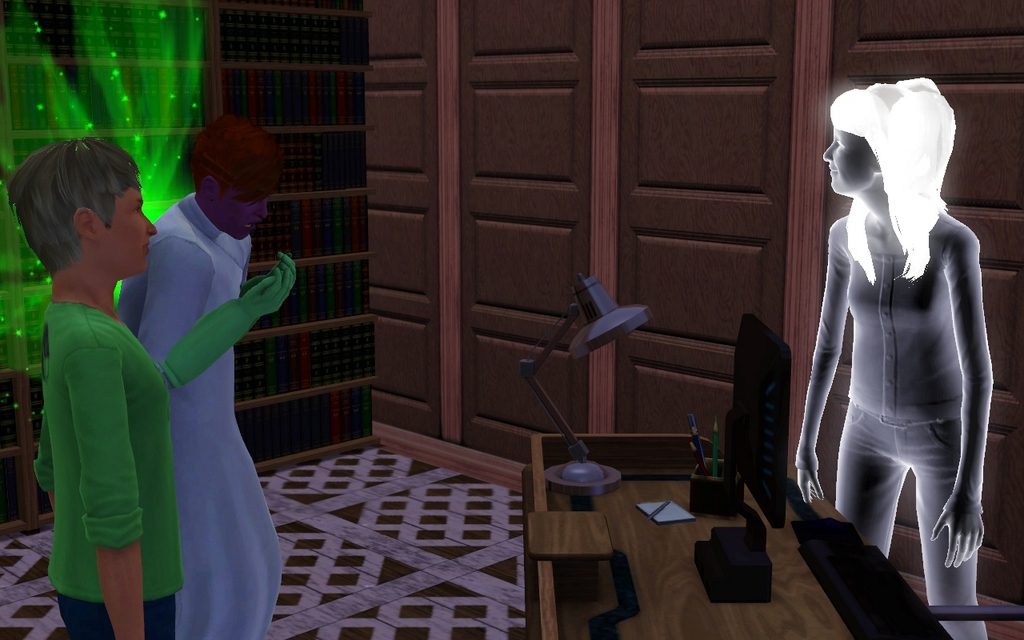 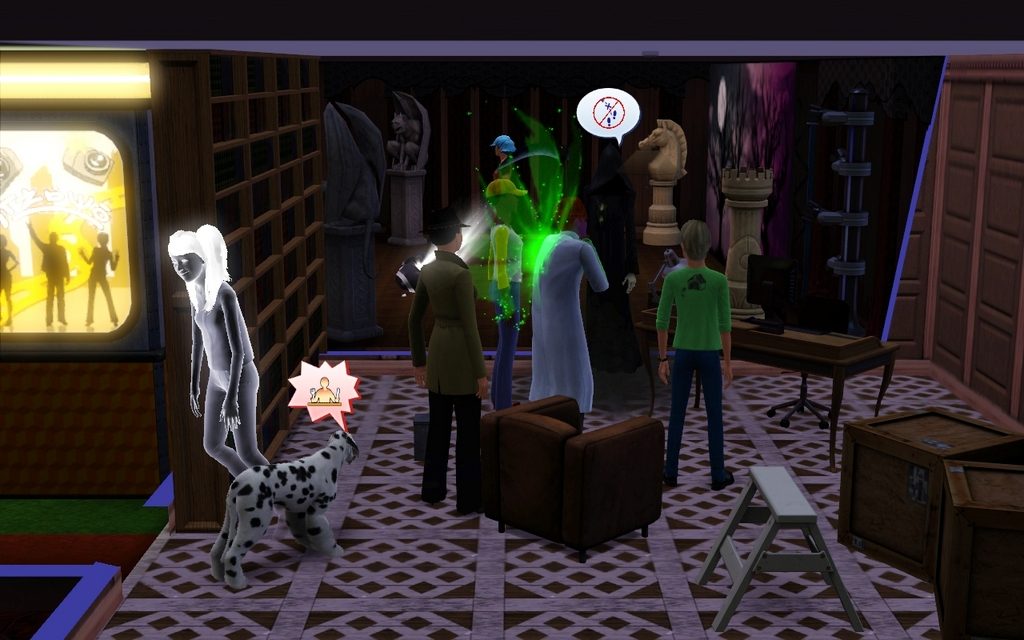 So many people come running, that Grim can´t reap her properly and she just kinda poofs after a while. 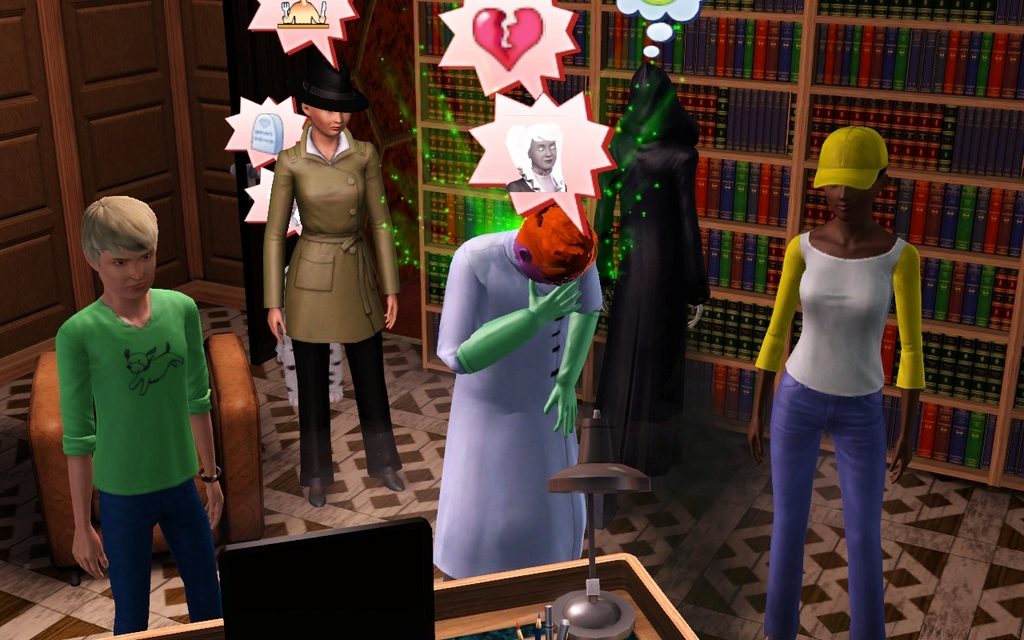 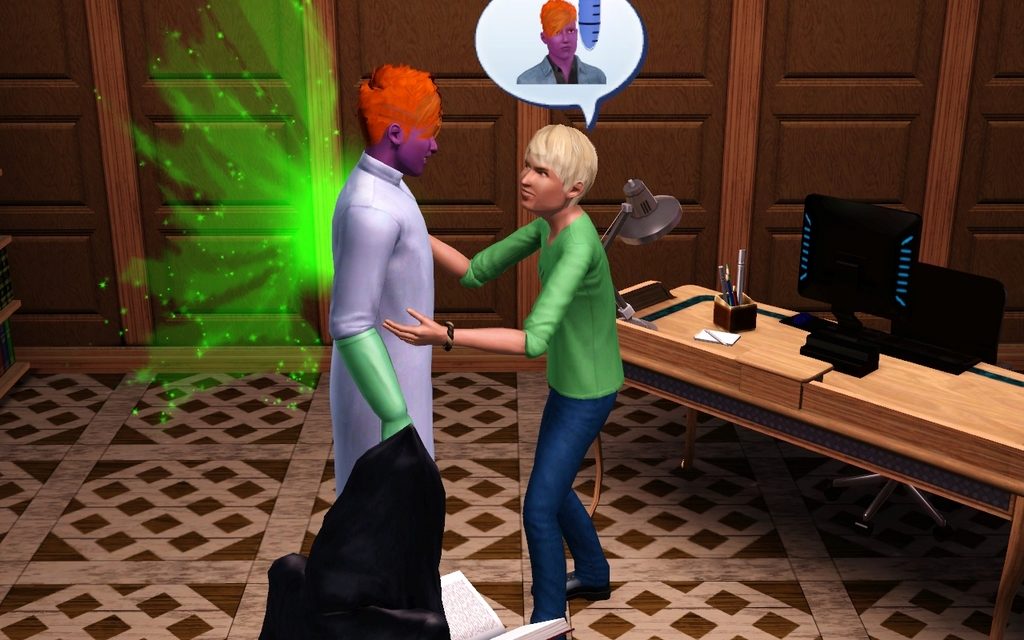 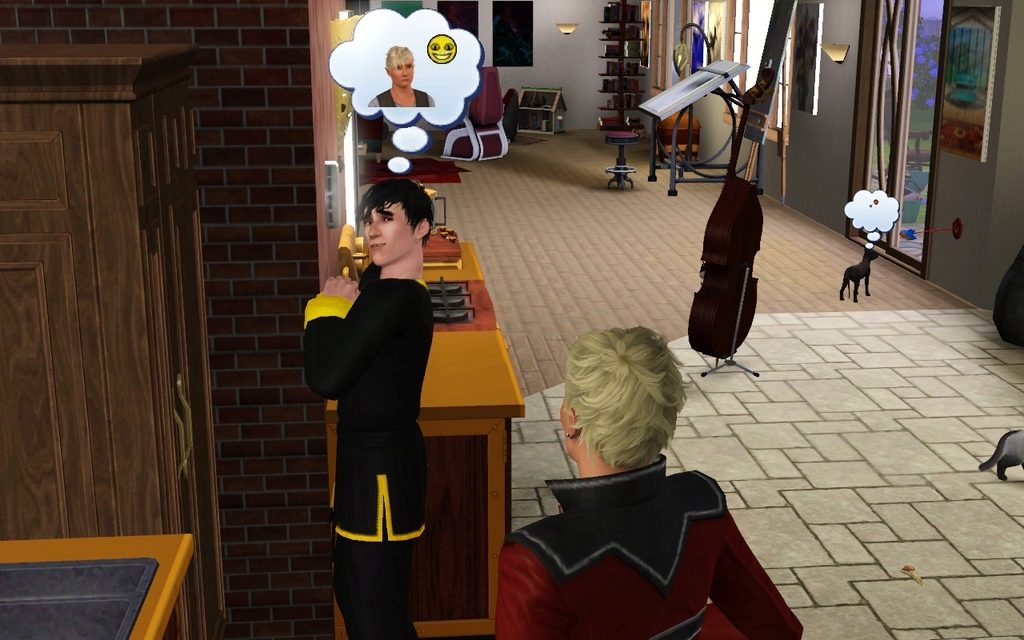 Mortimer and Liam are still giddy from their wedding. 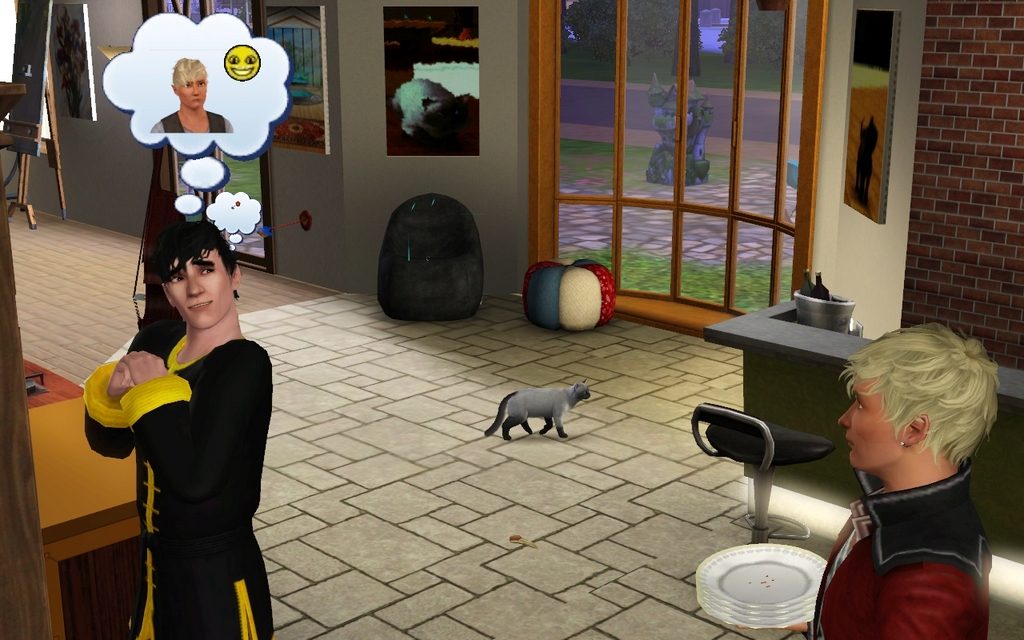 Which is totally cute, especially Mortimer, who is normally so grumpy all the time. 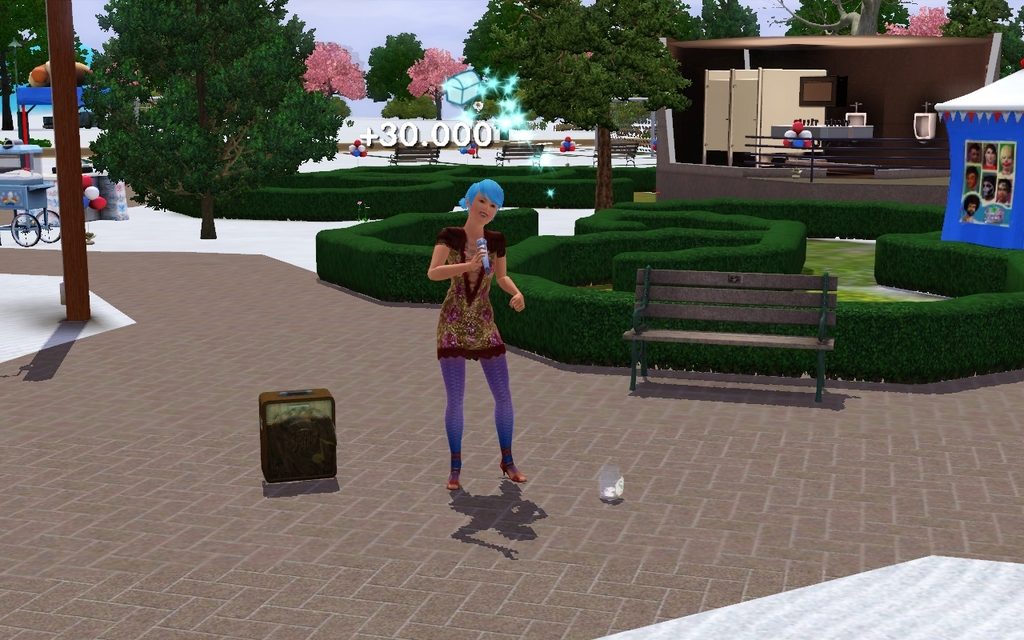 And Arielle reaches her lifetime wish!

It´s also her birthday today, so I thought it would be a good idea to have her and Stoutland marry before she ages up. 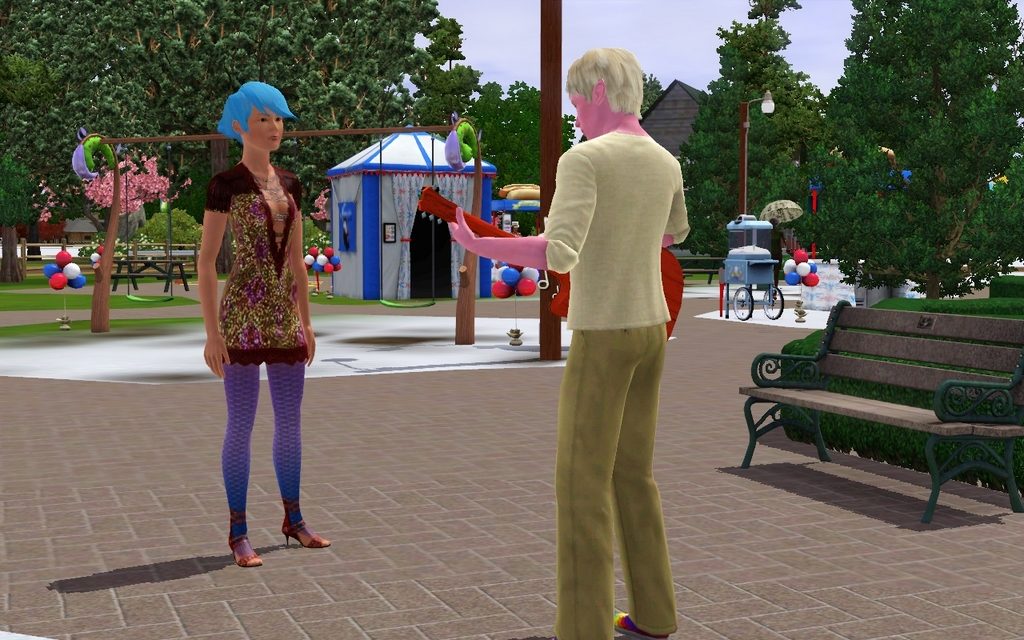 Stoutland wanted to serenade her for ages, so this is a good moment. 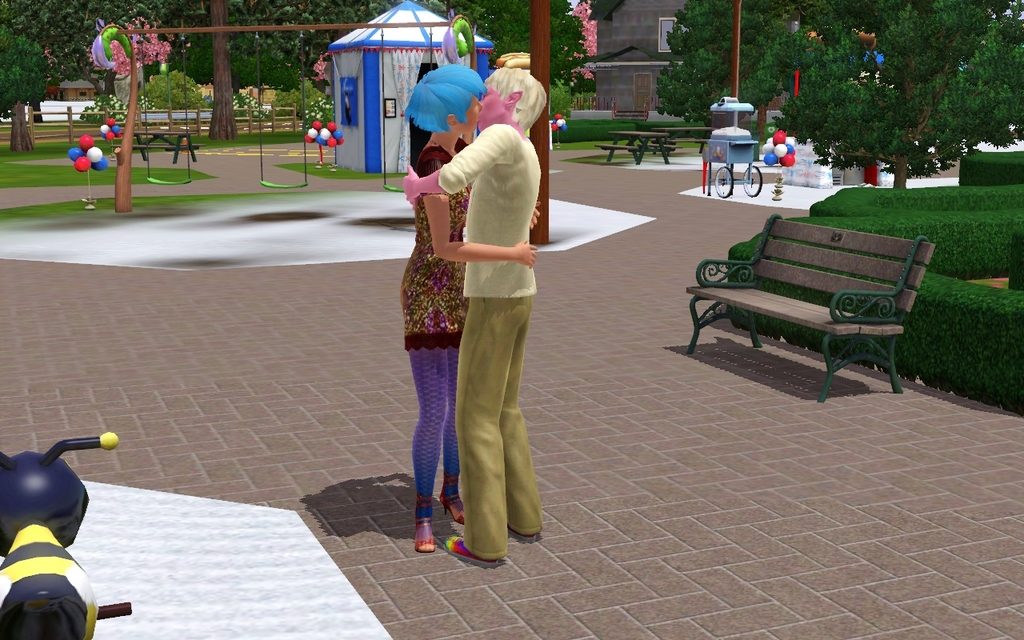 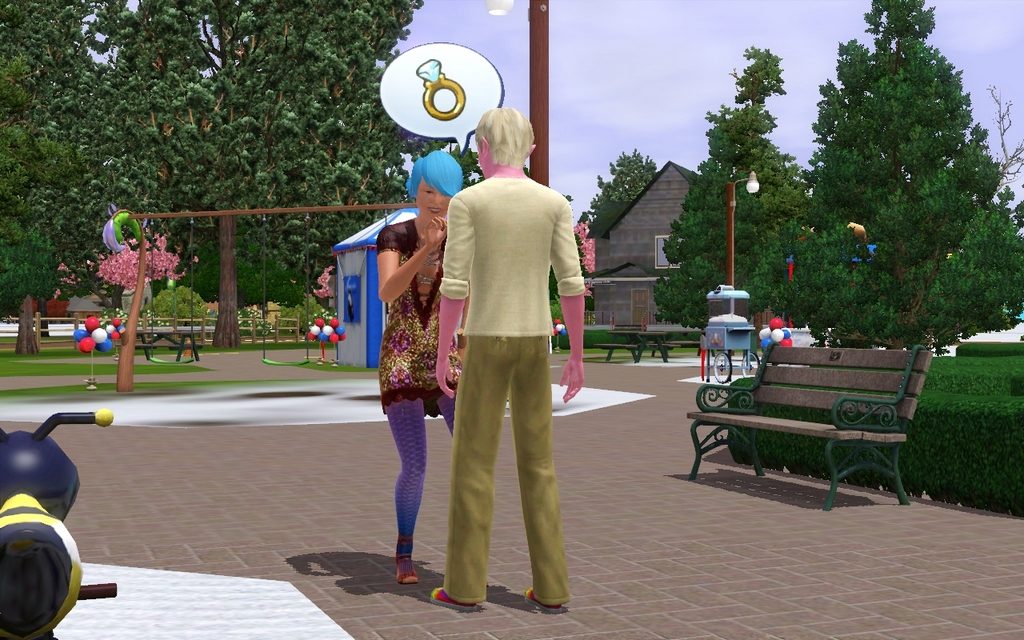 So much she wants to marry him! 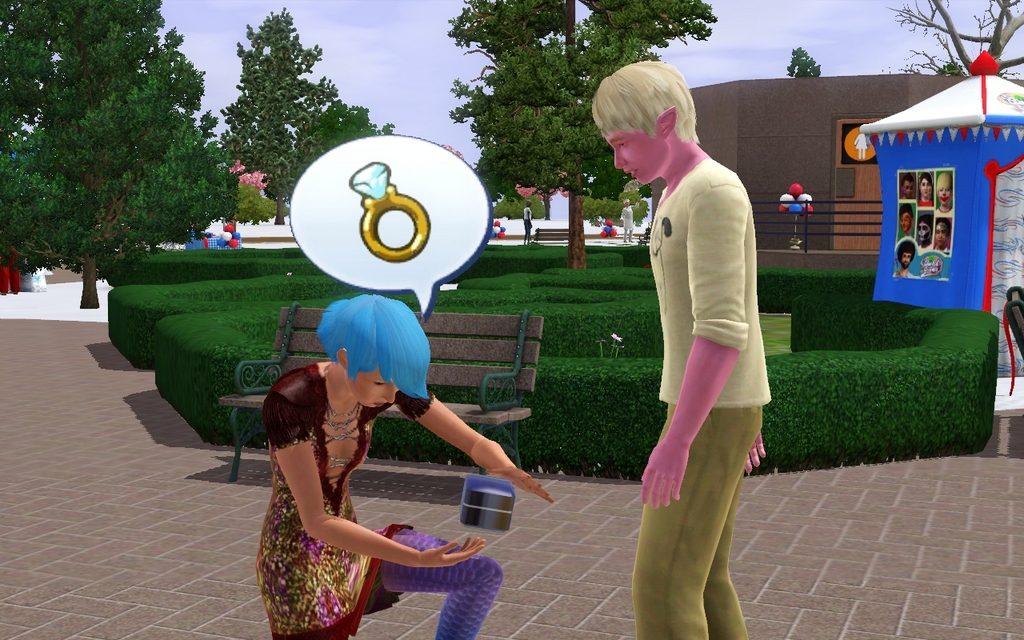 Another case of clumsy proposing. 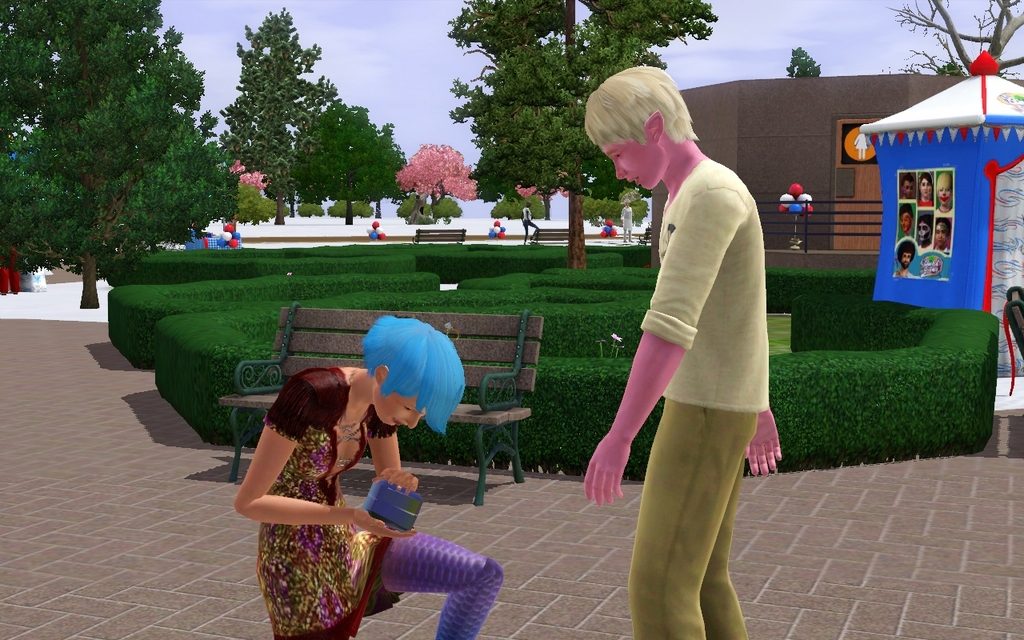 Stoutland: Everything all right? 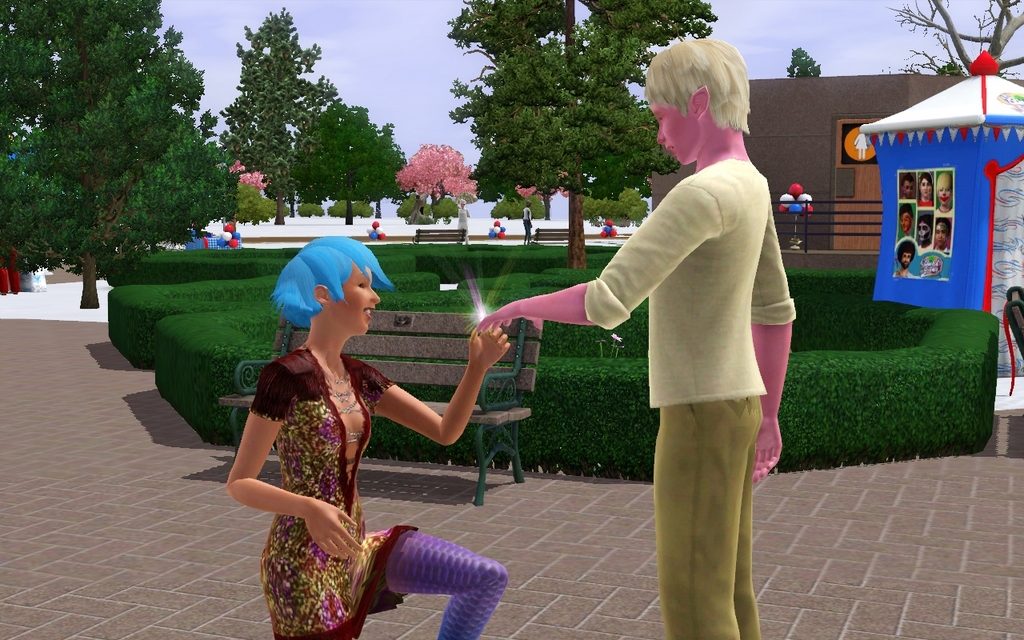 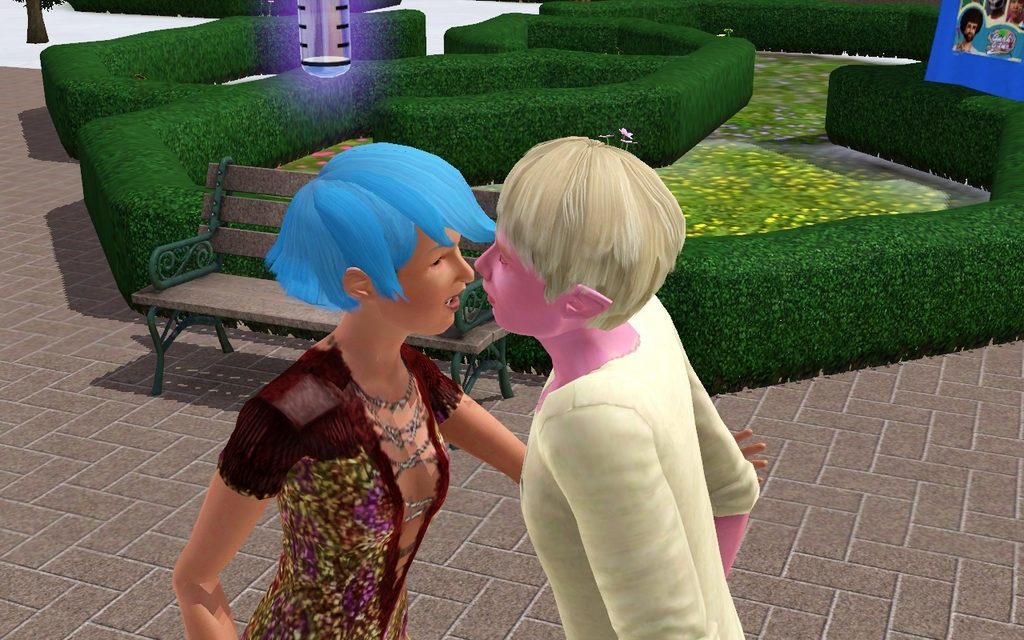 So now the wedding… 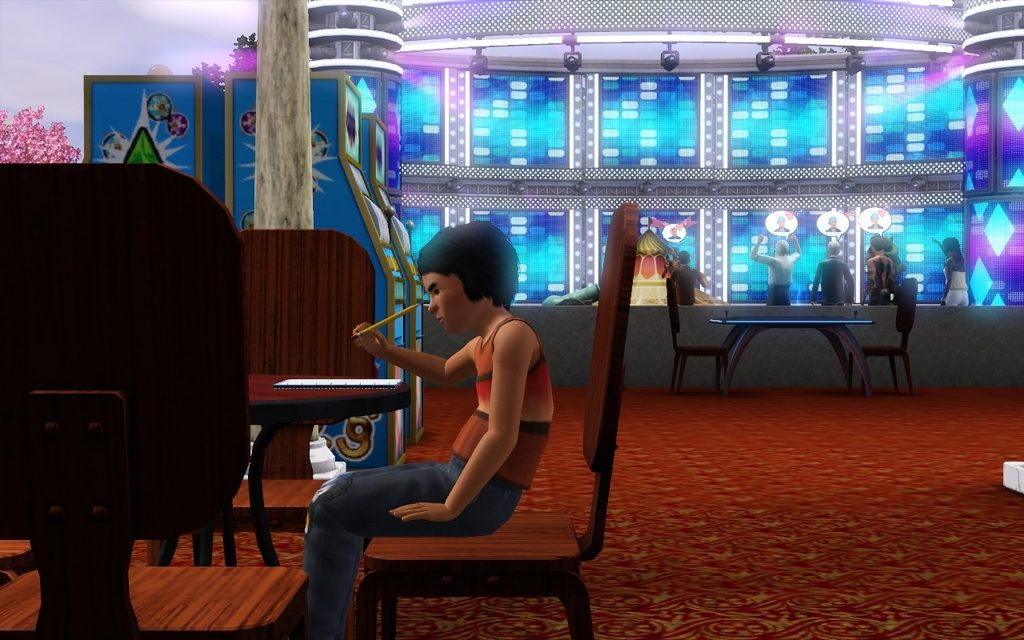 Only Arielle has a concert scheduled for that afternoon I wasn´t aware off.

This kid makes his homework at the concert hall. Well. 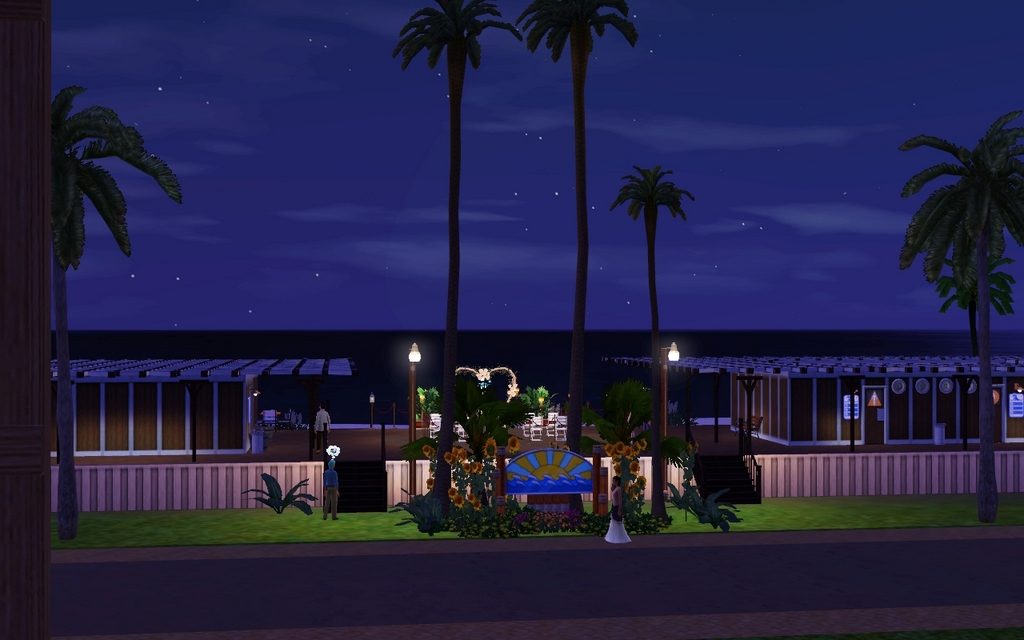 So, now the wedding…

Let´s have it not at home but at this nice lot at the beach. 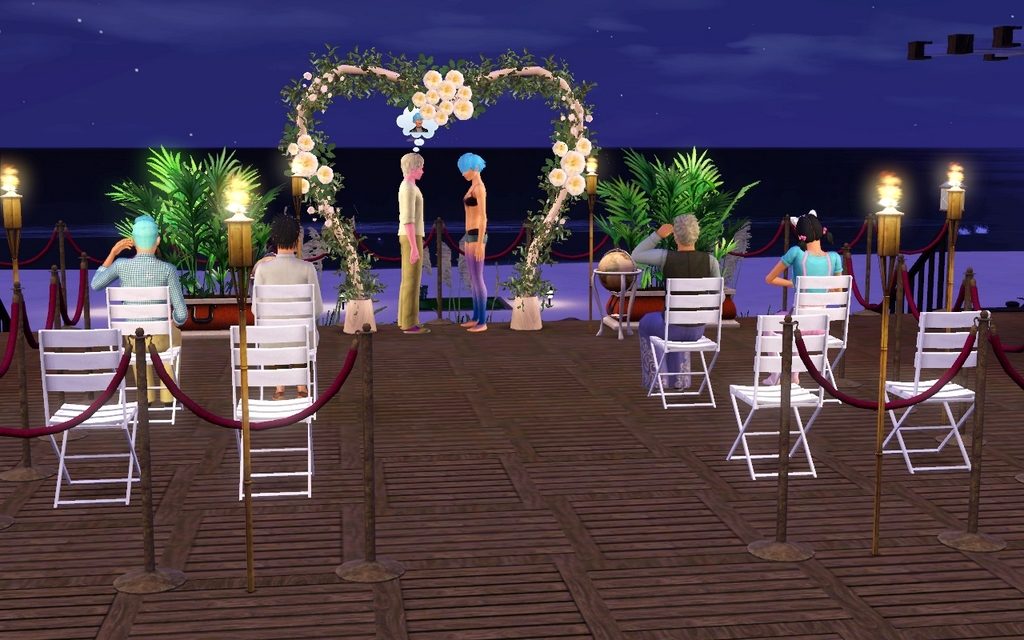 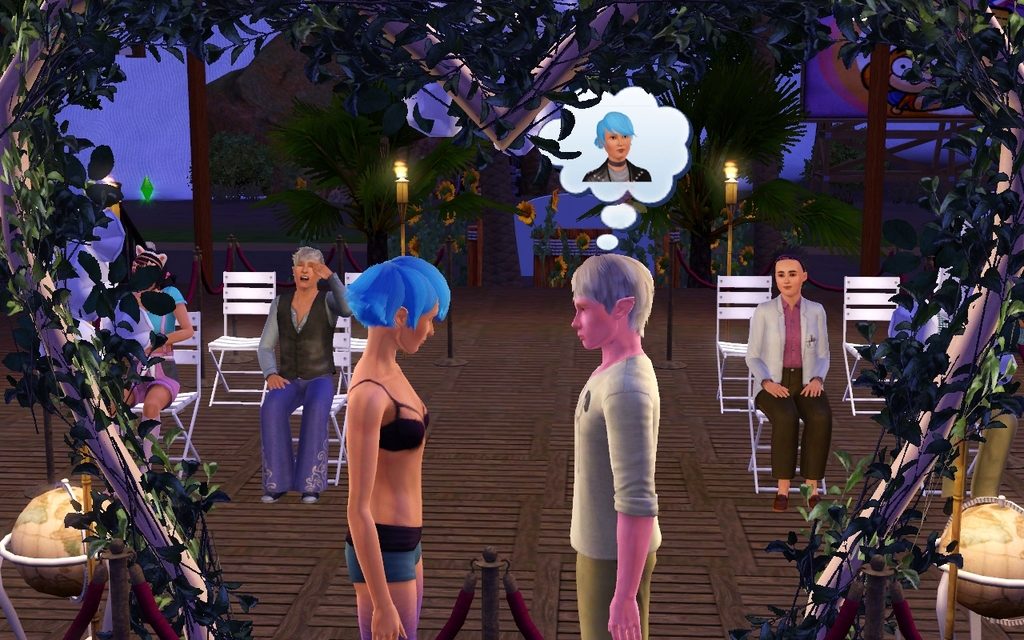 Arielle and Stoutland both decide to not wear their wedding clothes… 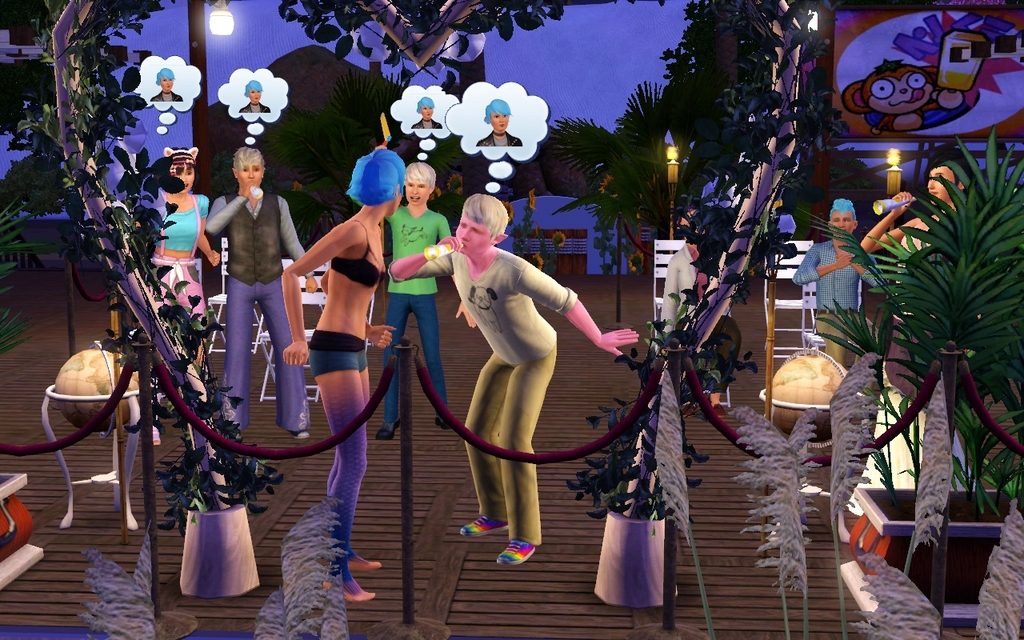 … which doesn´t matter anyway, because Arielle has her birthday in the middle of the ceremony. 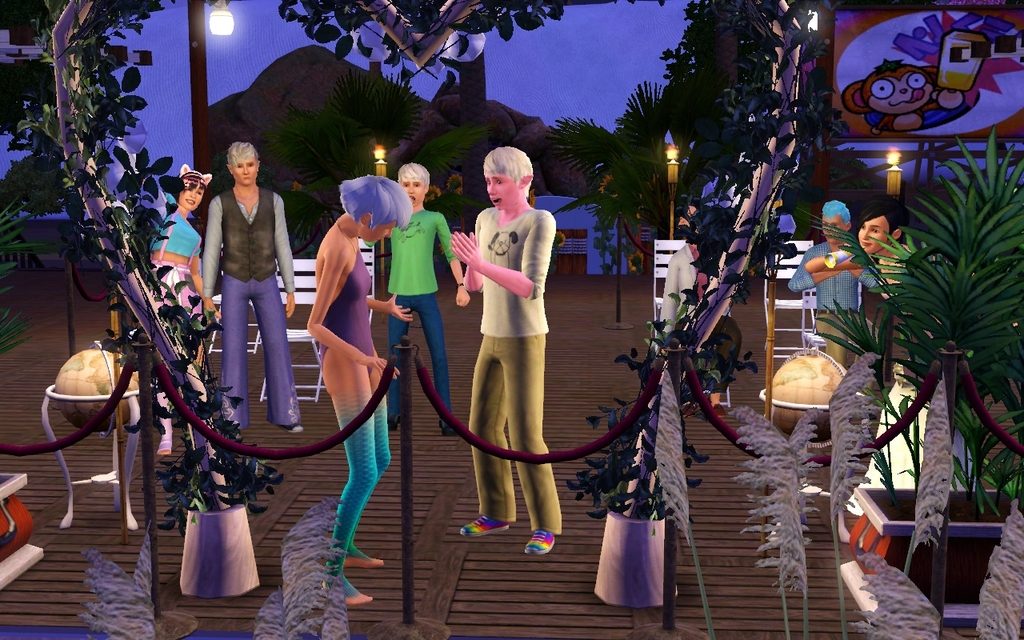 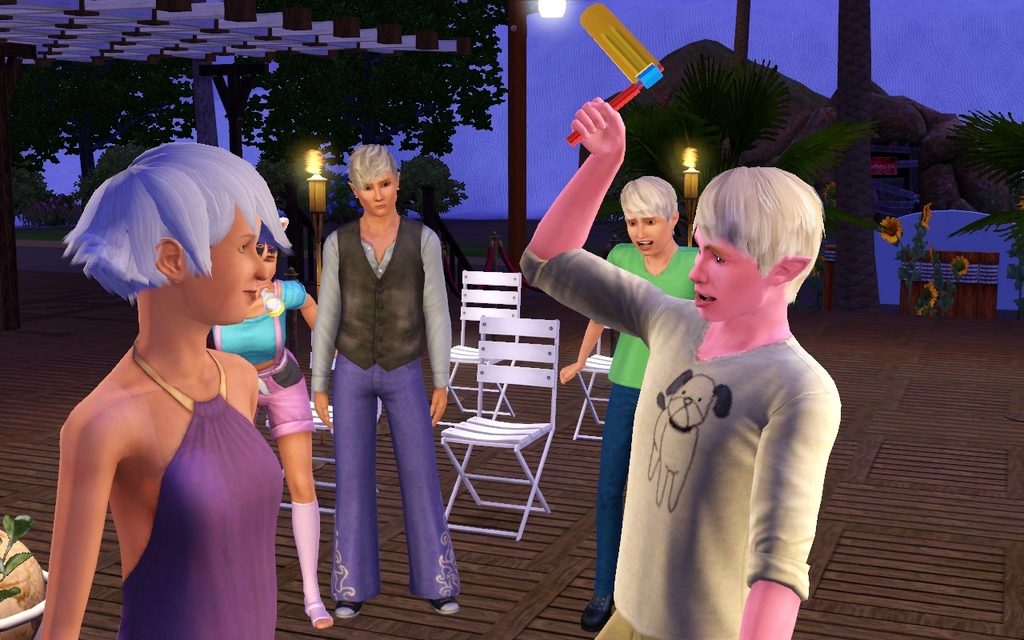 At this point I gave up and sent them home. The thing totally glitched out anyway, they didn´t even get the moodlet for not getting married. 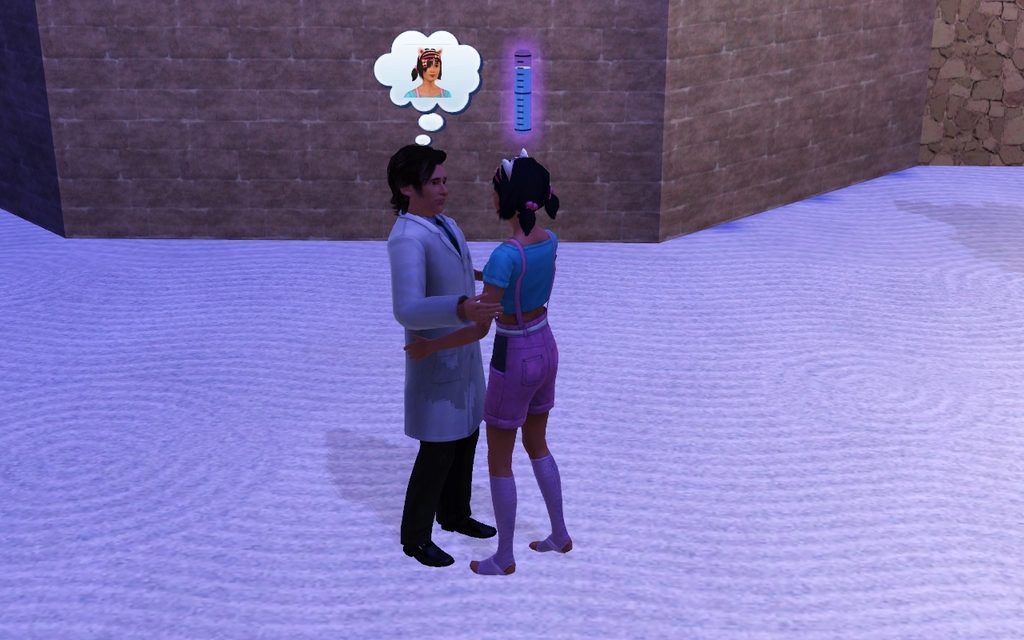 Well, everyone went home apart from Crystal, who had a late night date with Benito.