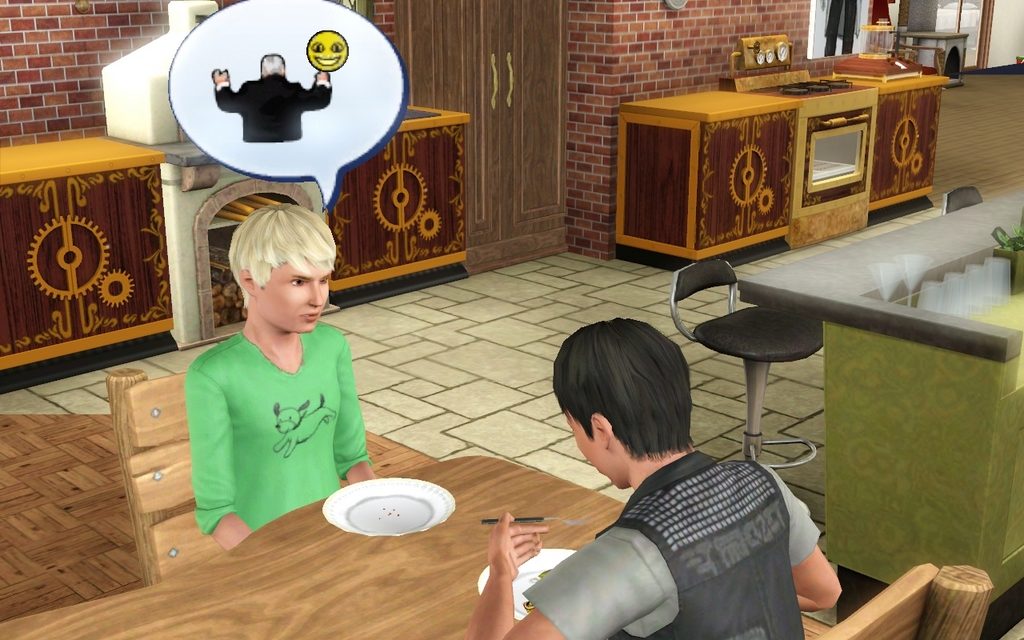 Sebastian gives Scott career advise. I think, that´s a very good idea, but he hasn´t rolled that lifetime wish yet. 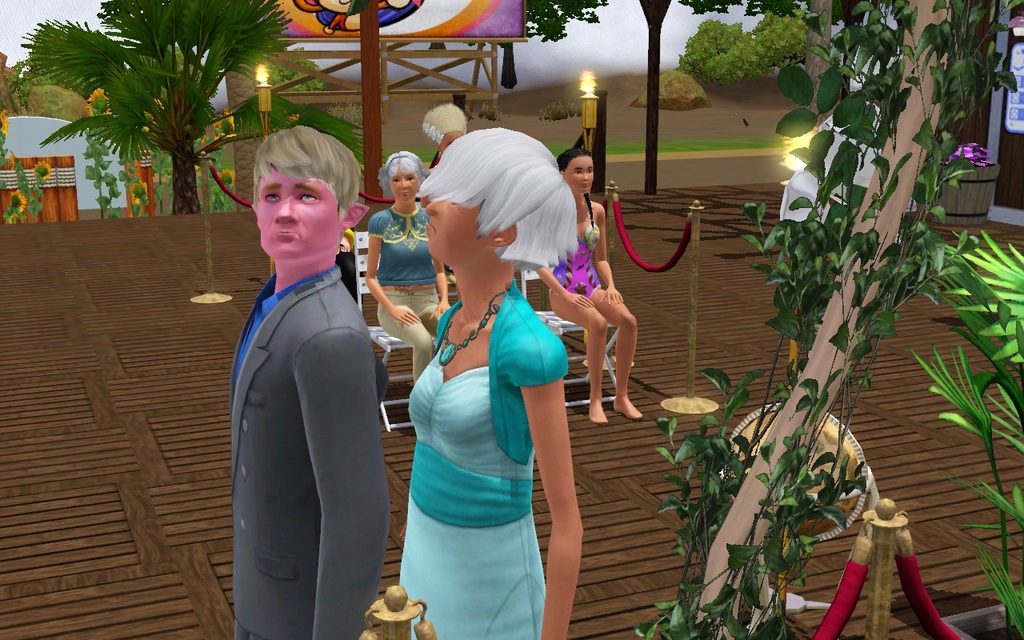 They keep route failing on the way to the arch. 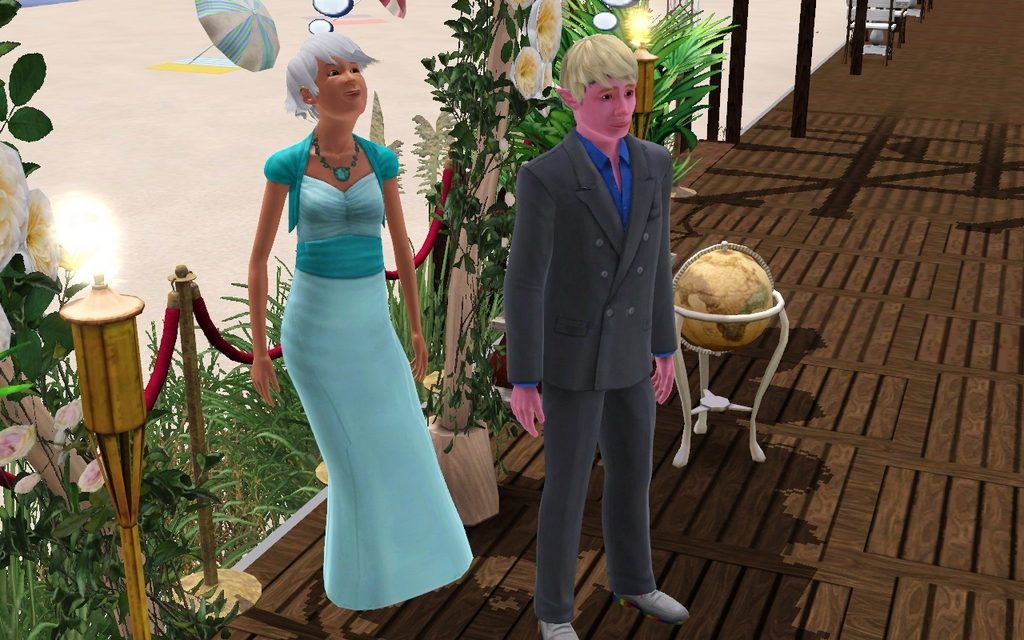 Arielle nearly falls off the porch… 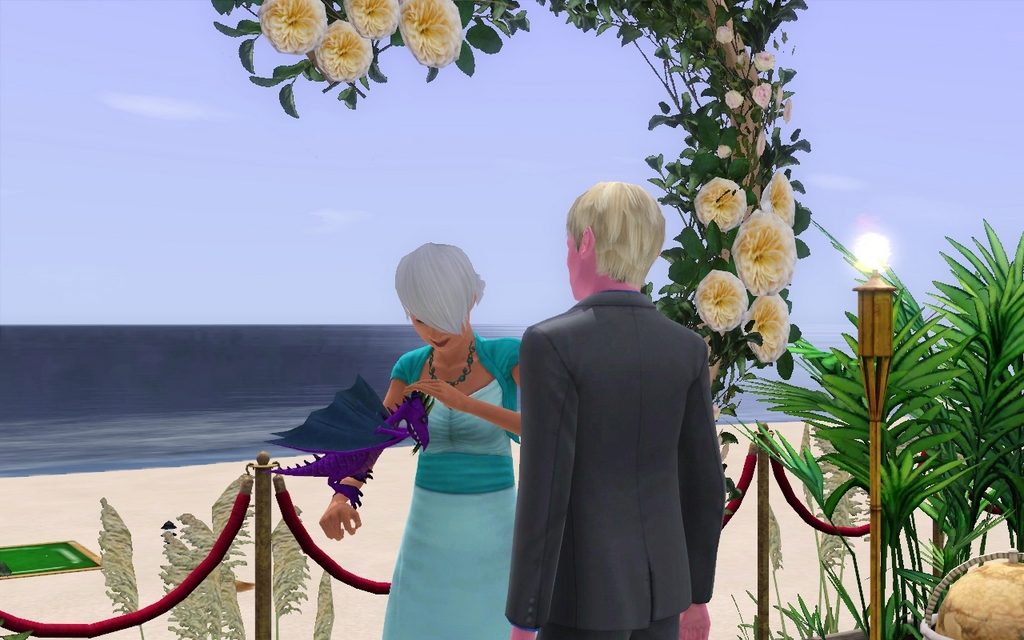 … then plays with the dragon… while Stoutland just stands there. 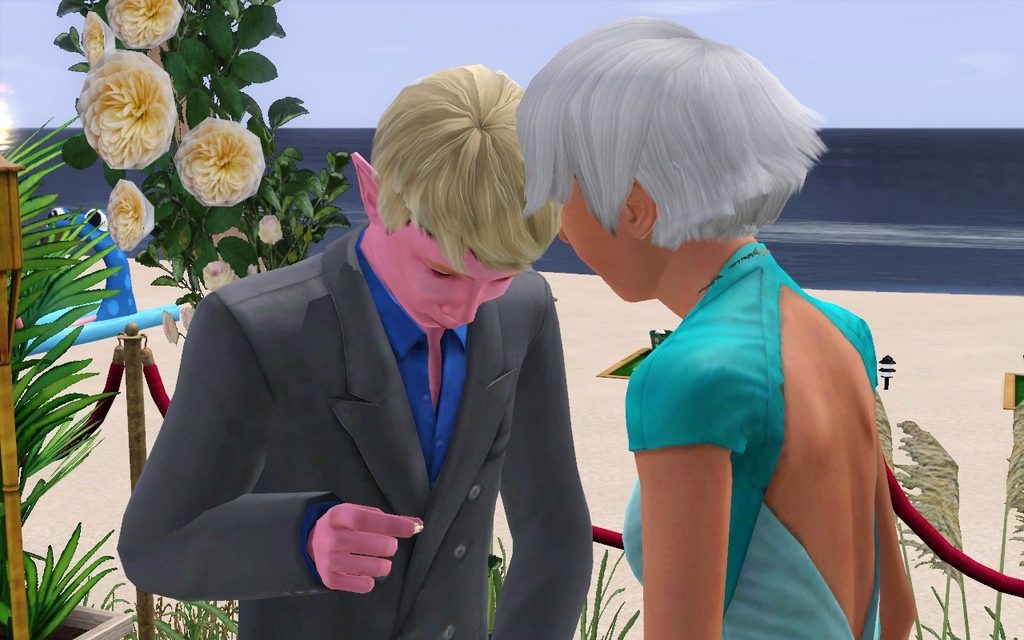 I give up and let them have a private wedding in front of the arch. 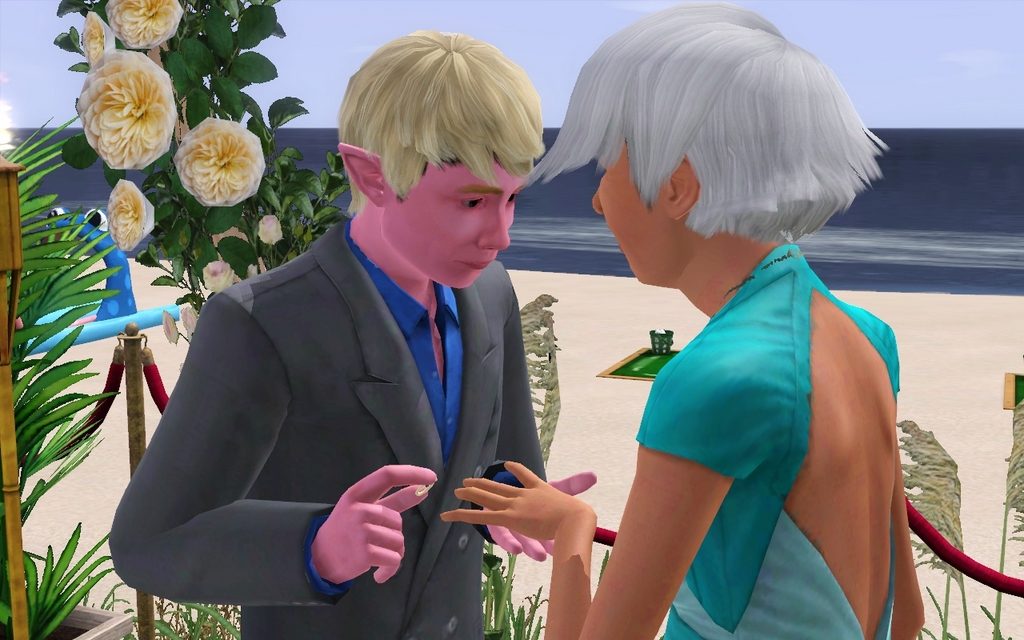 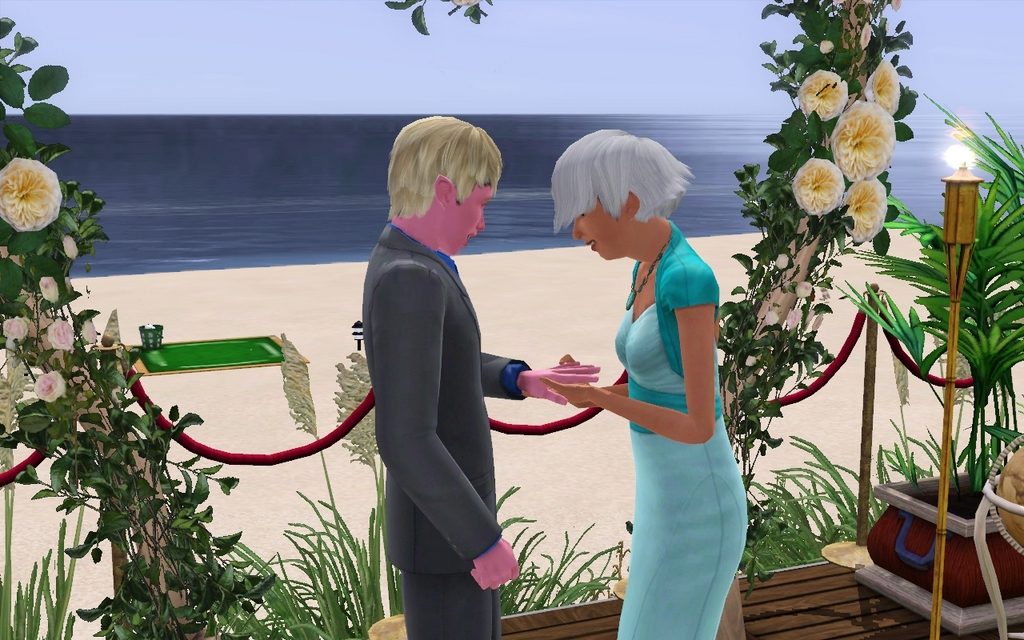 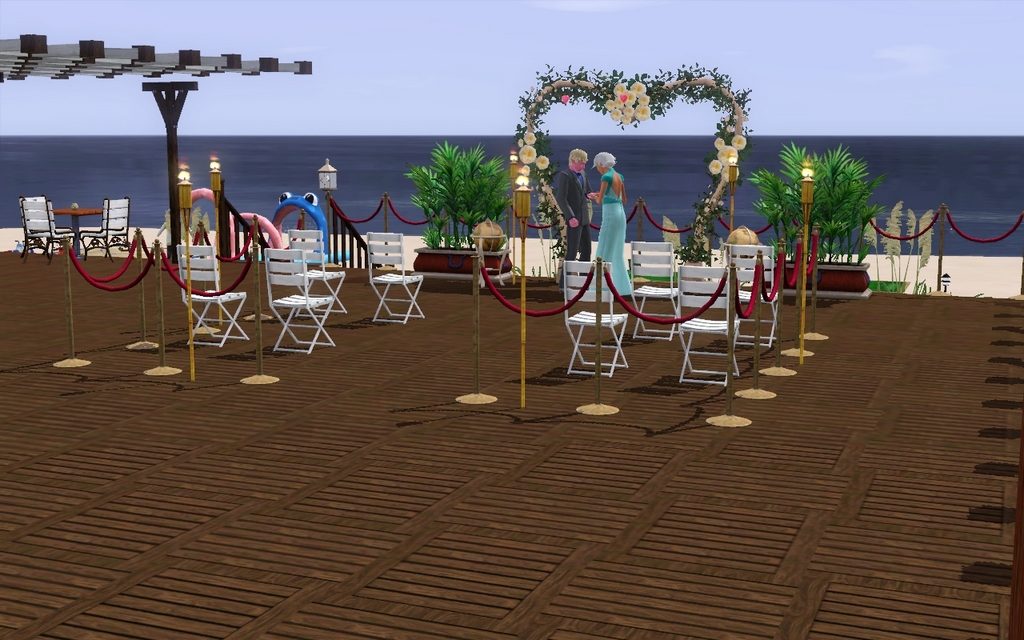 There are no guests anymore, but who cares. 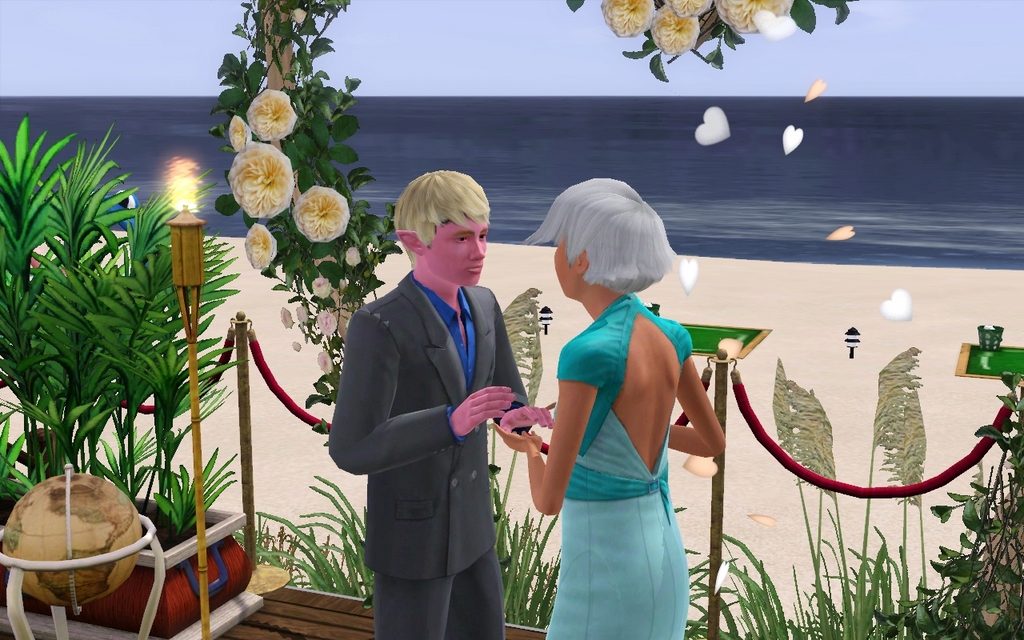 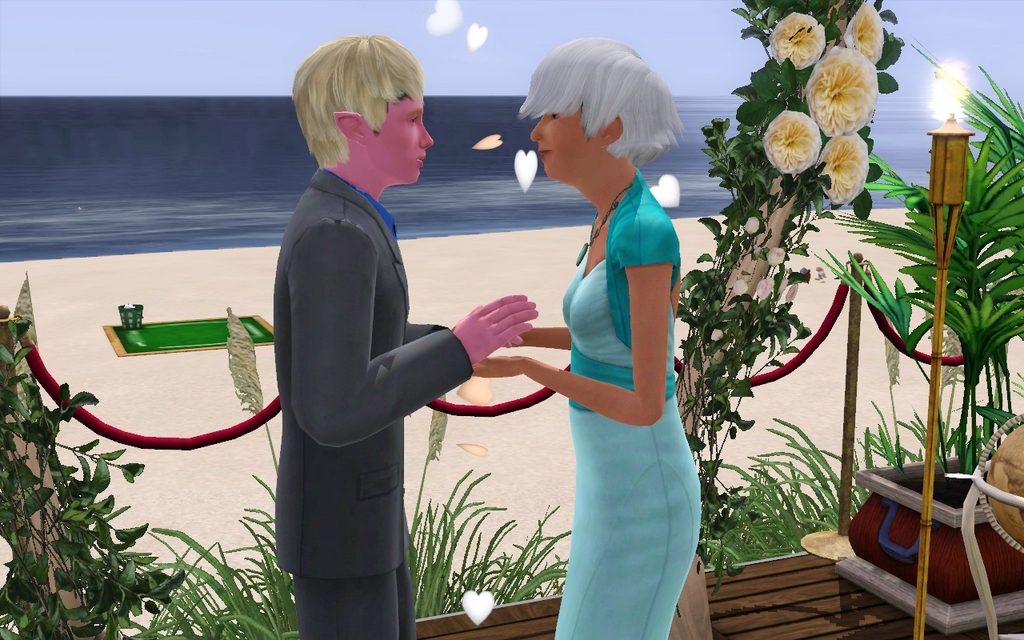 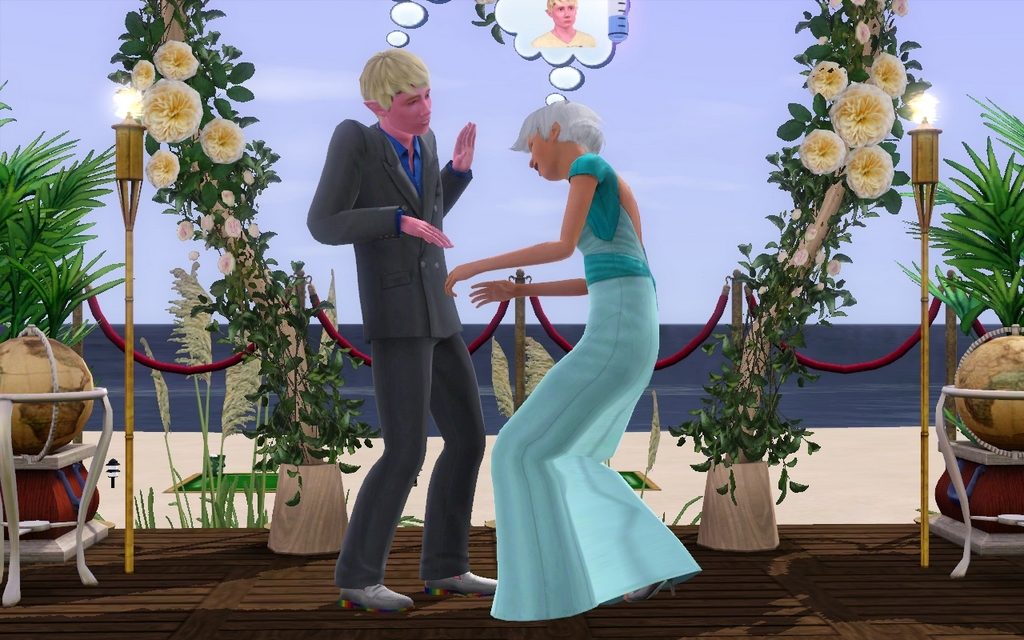 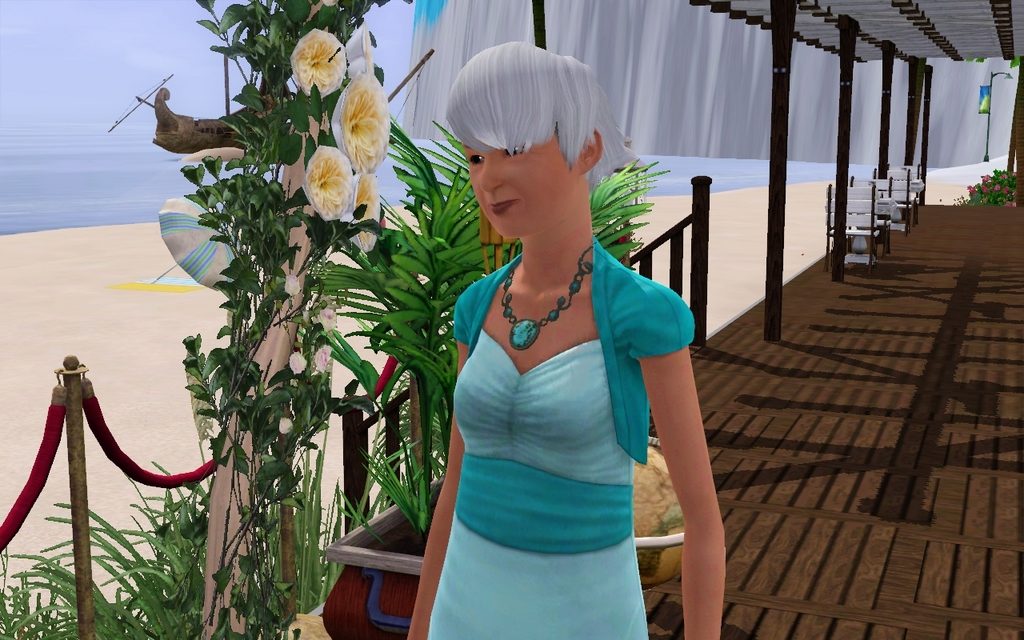 That´s the most important thing. 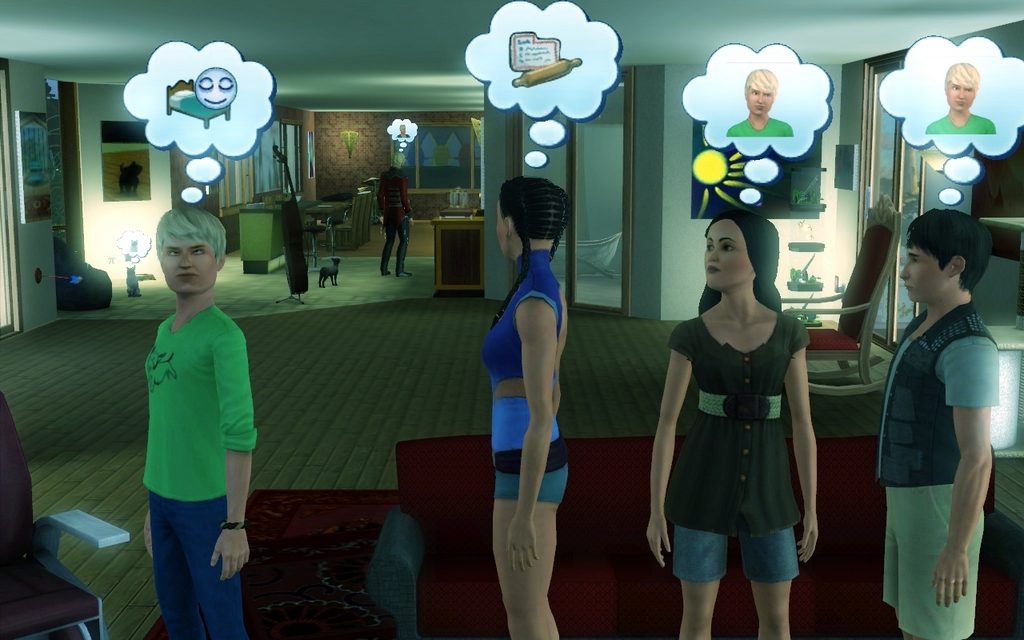 Back at home we have a birthday. 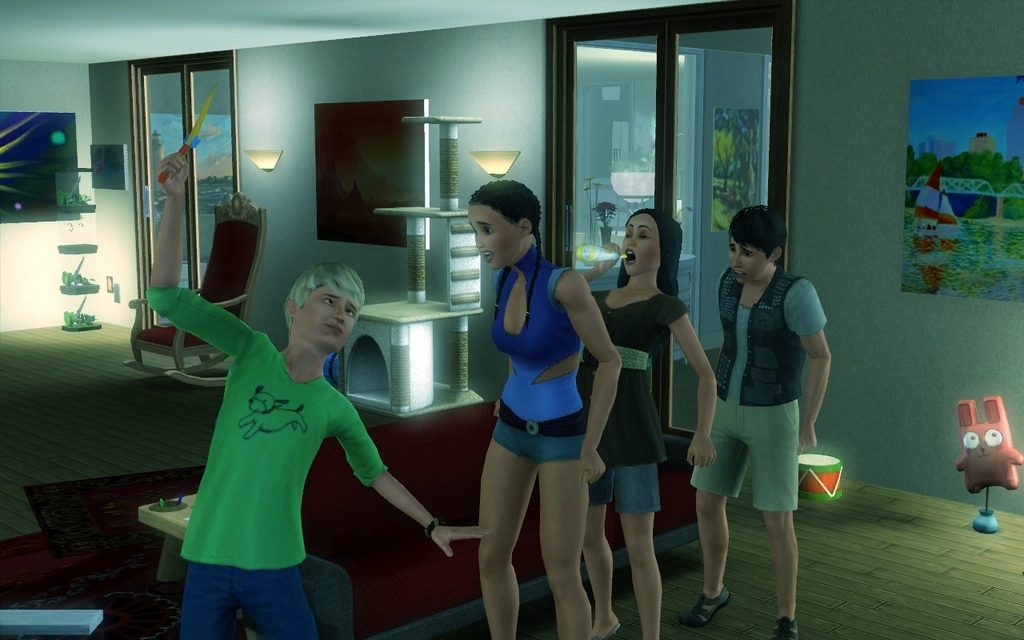 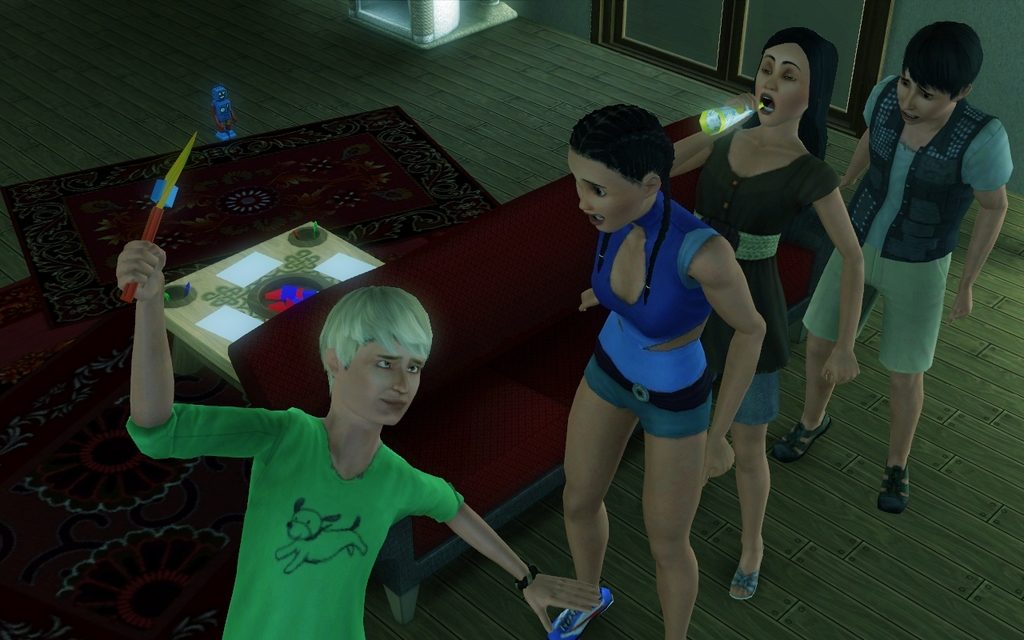 Cheering in a line. 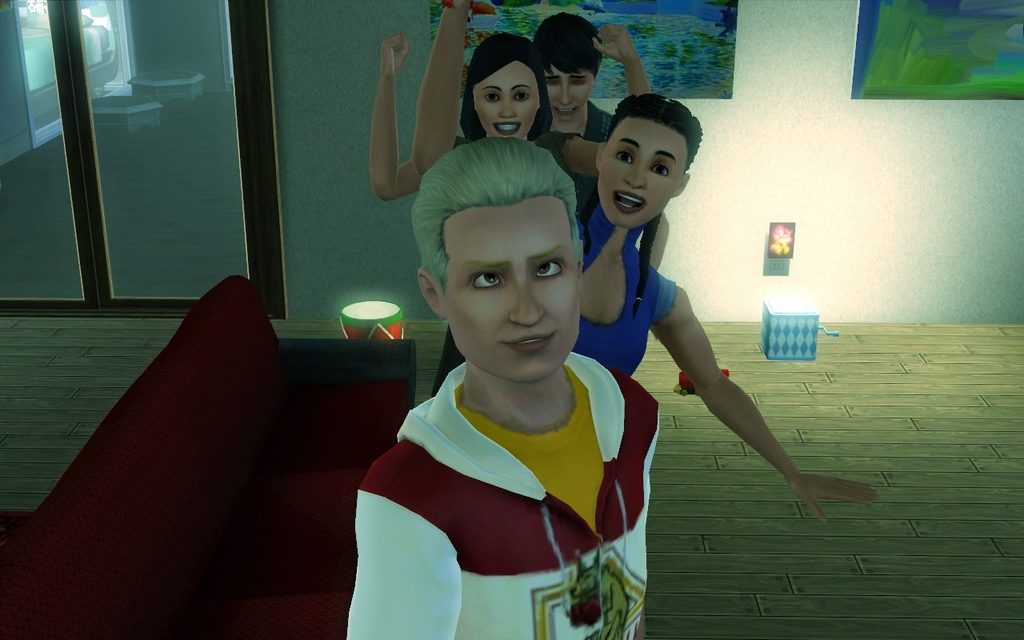 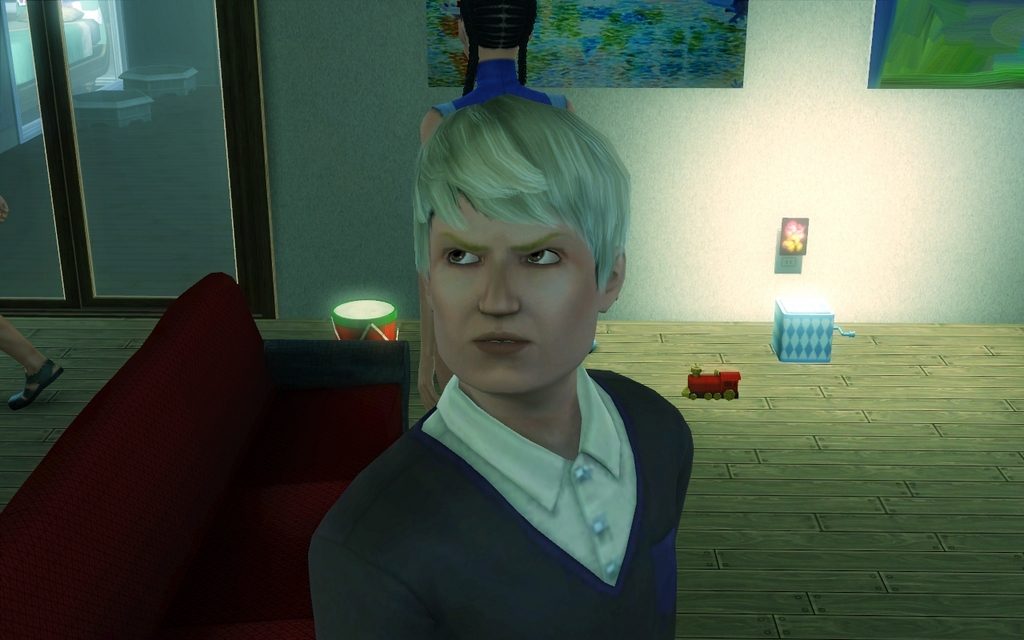 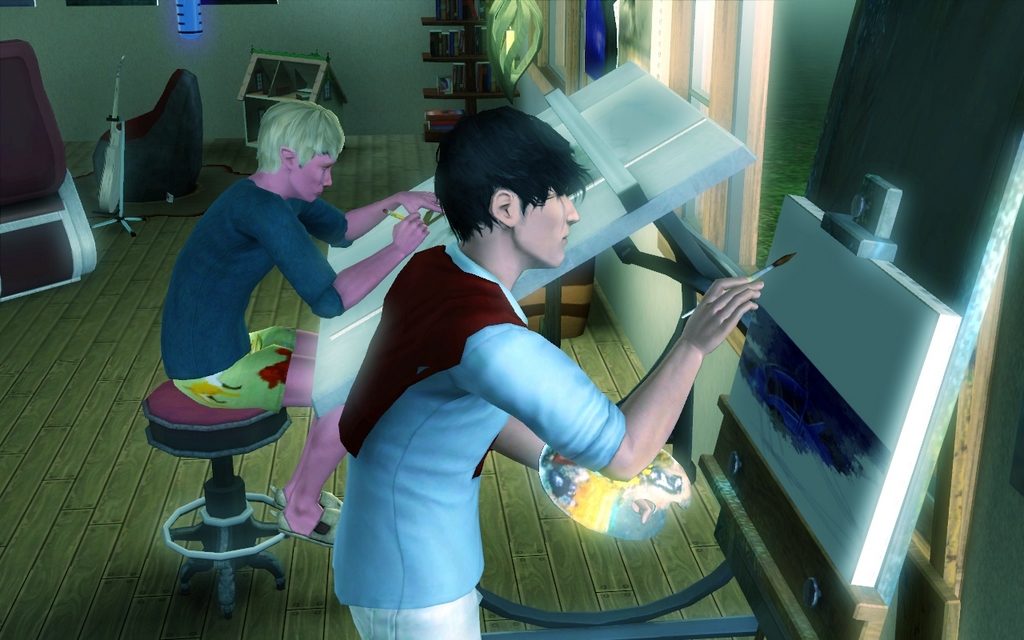 Mortimer and Stoutland don´t really ever speak to each other, but they often paint together. 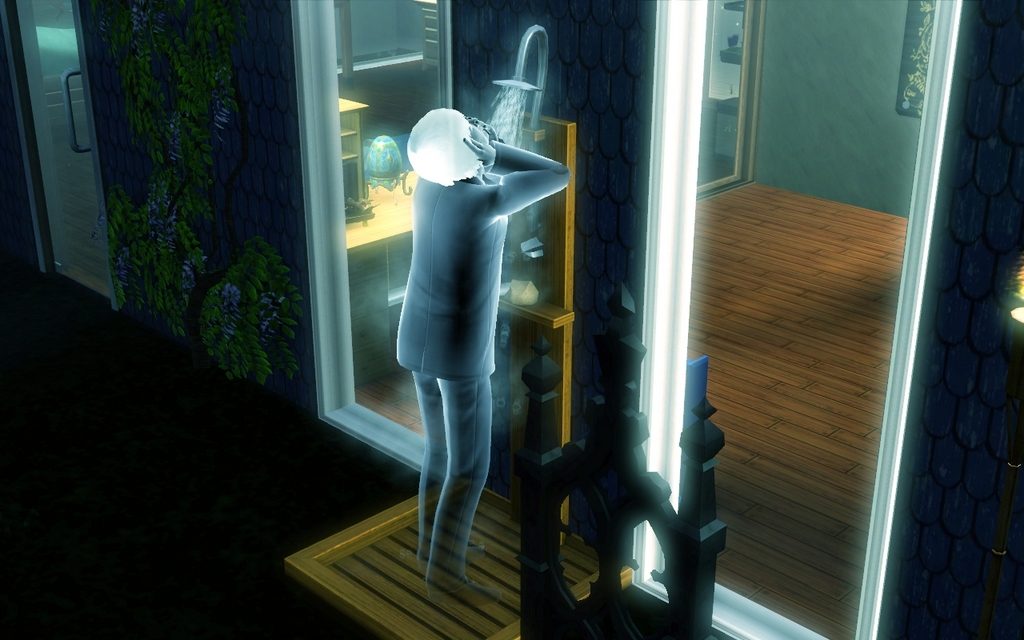 Randolph takes a shower in his formal wear. Why not. 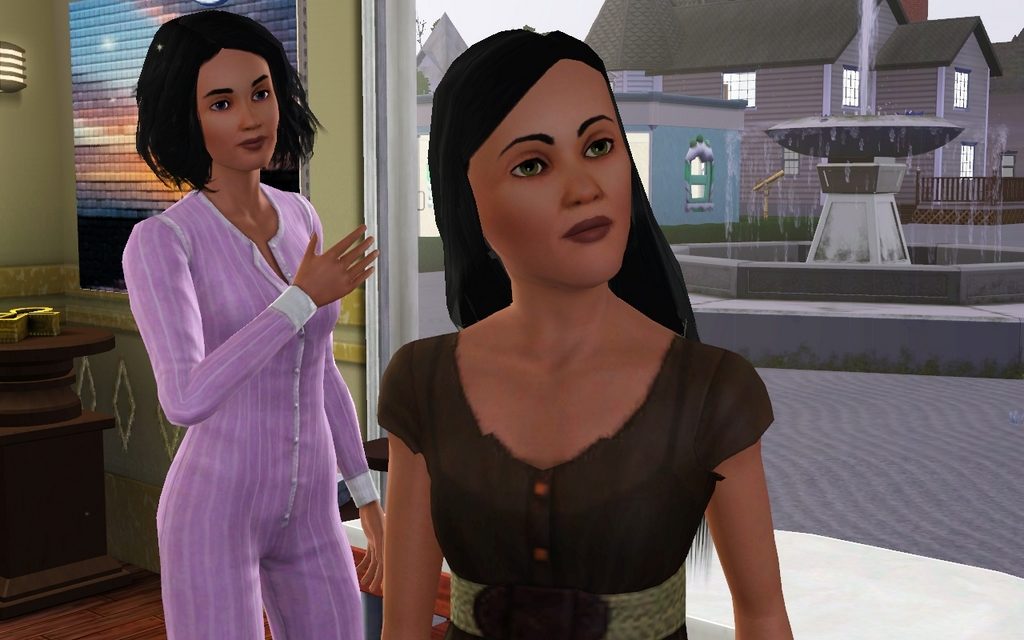 Mother and daughter look very much alike, but Storm has her dad´s chin. 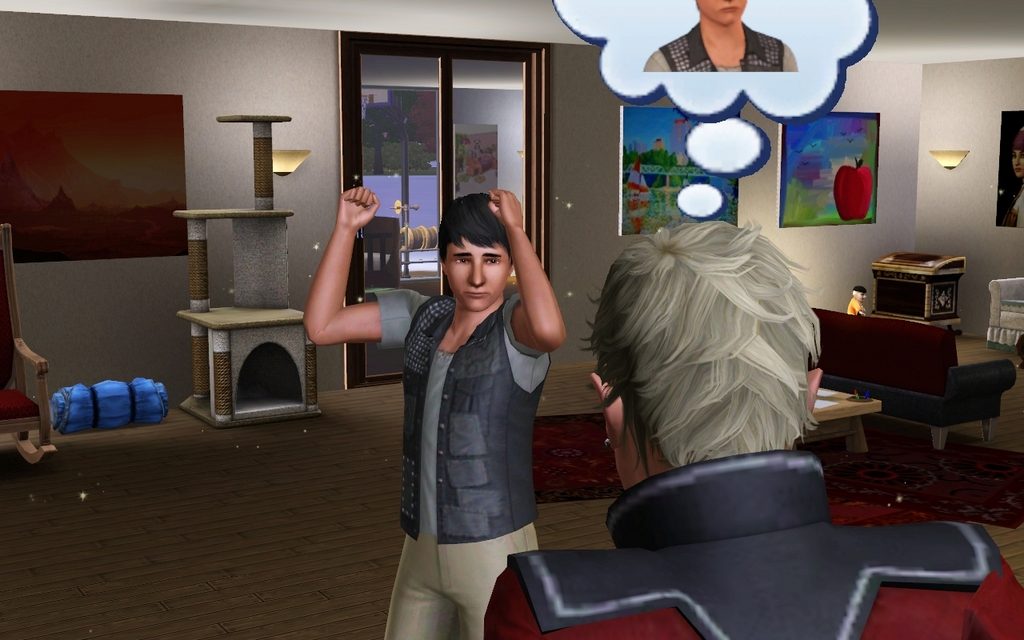 Scott also has his birthday. He´s having so much fun. 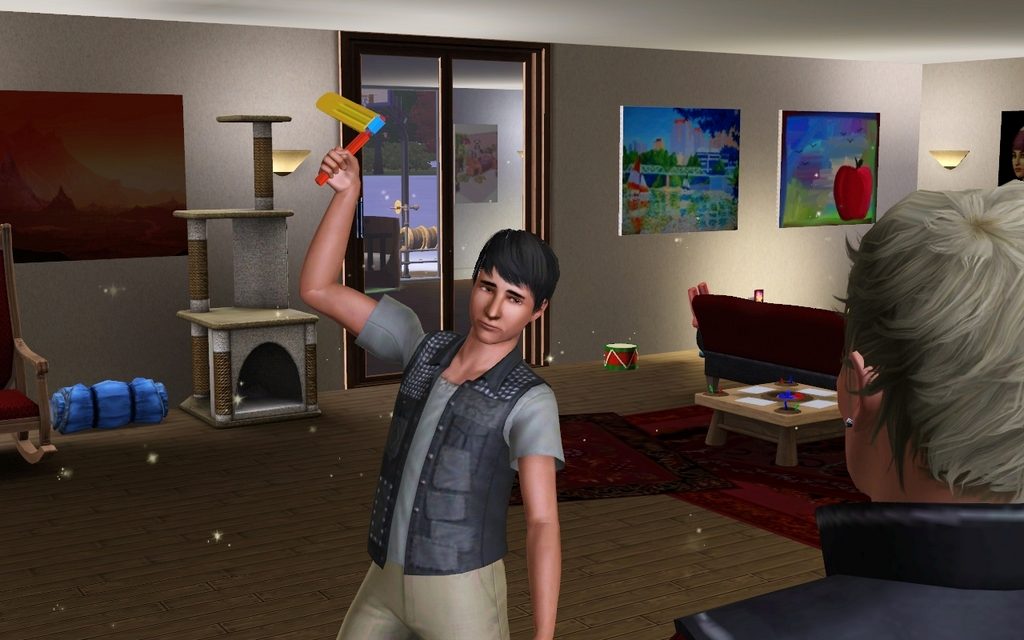 His face got kinda stuck, I think.

Scott: Can I keep… 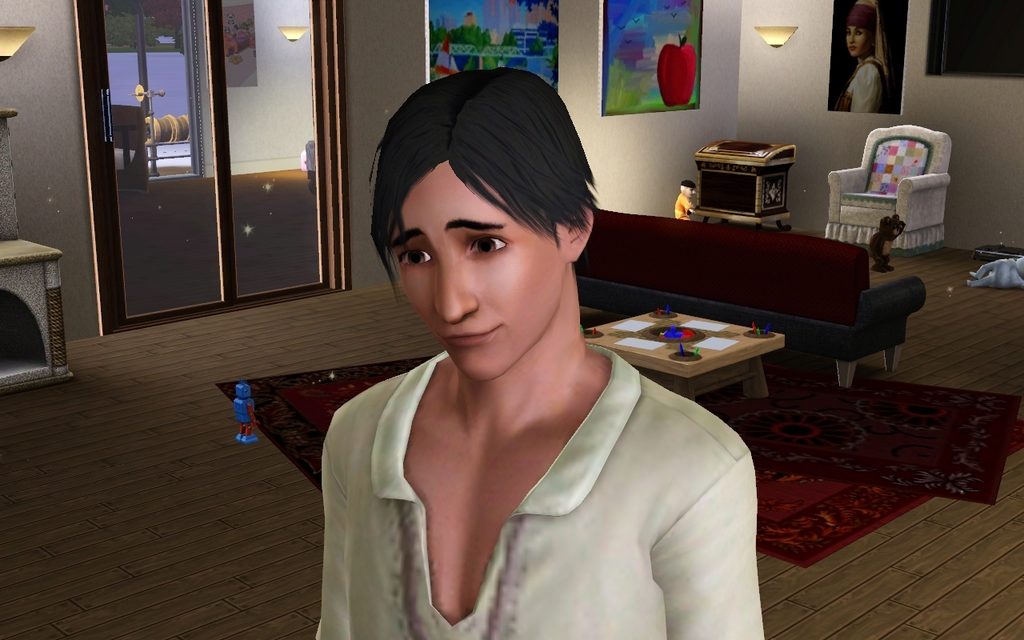