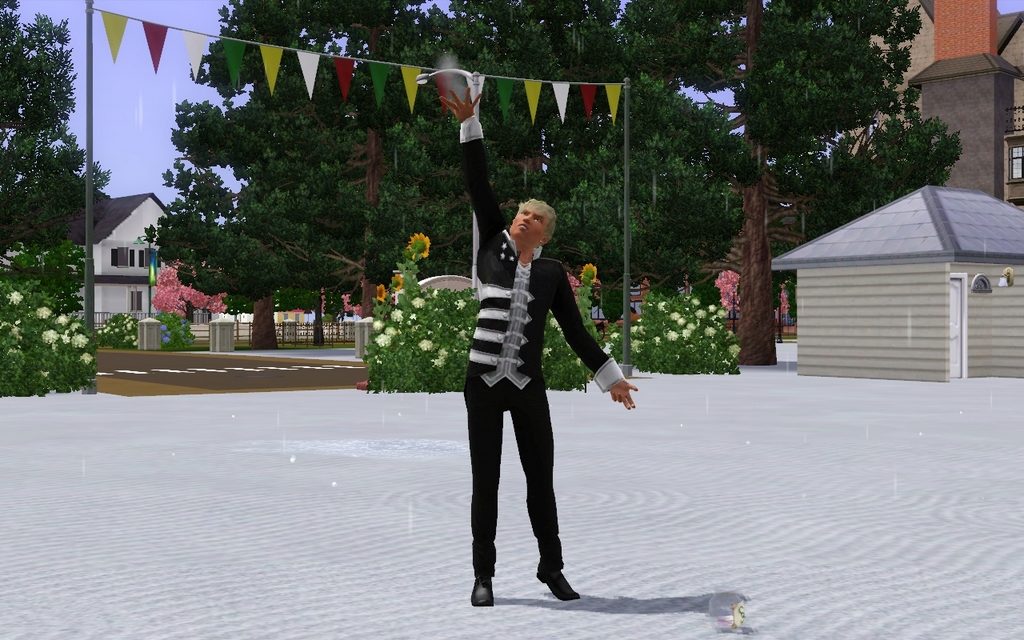 Liam performing for tips. He always has problems with the fire. 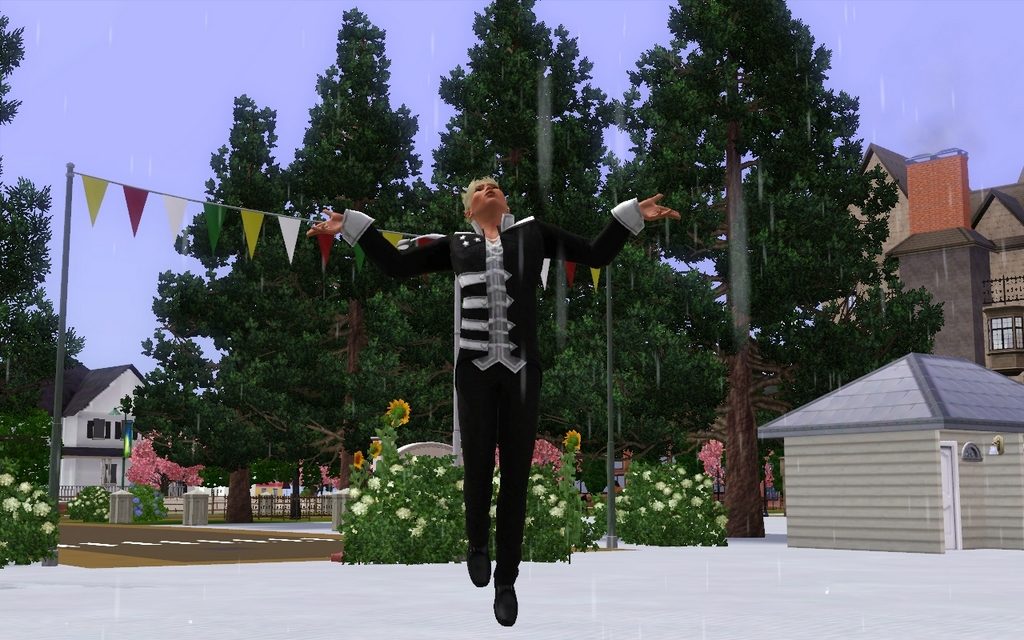 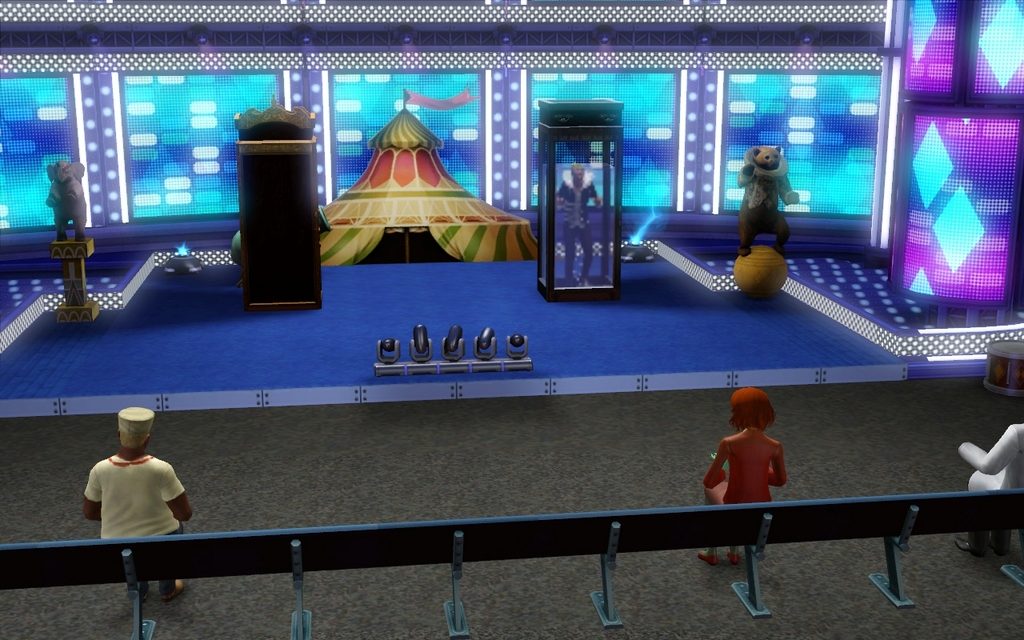 He has a show later that day. 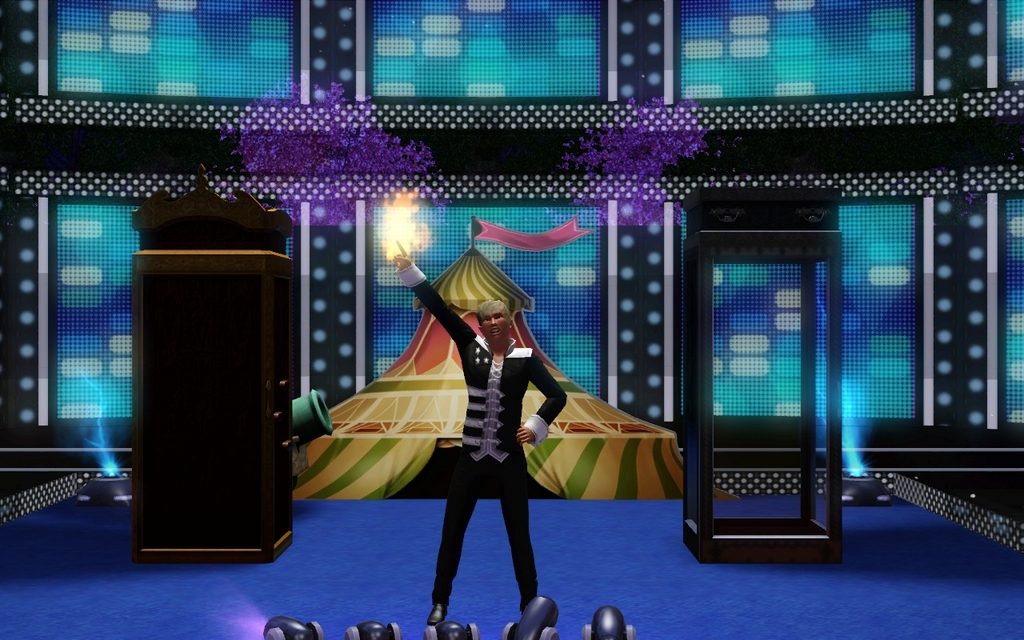 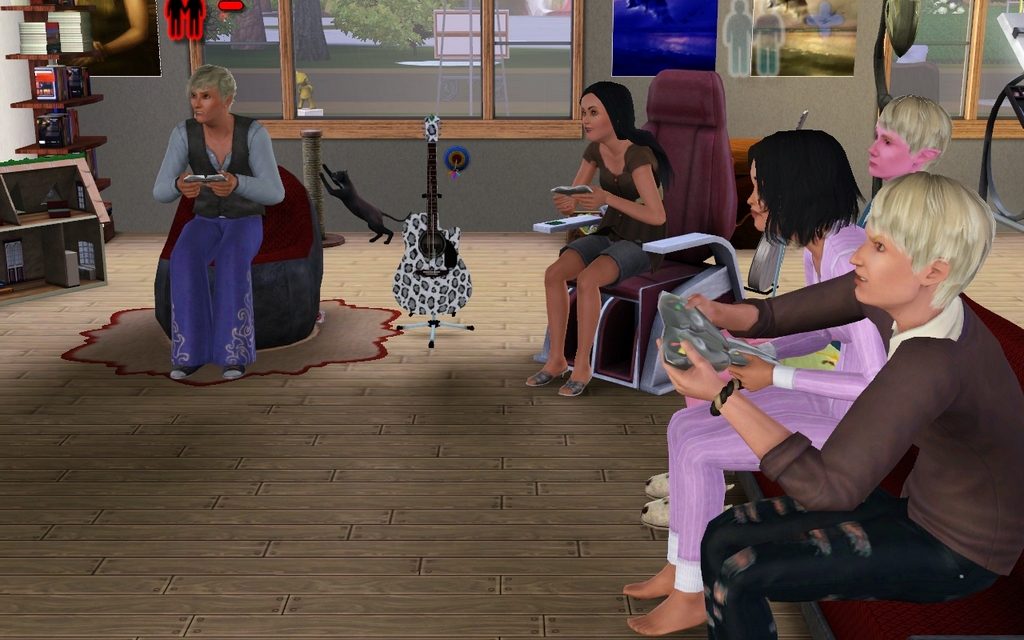 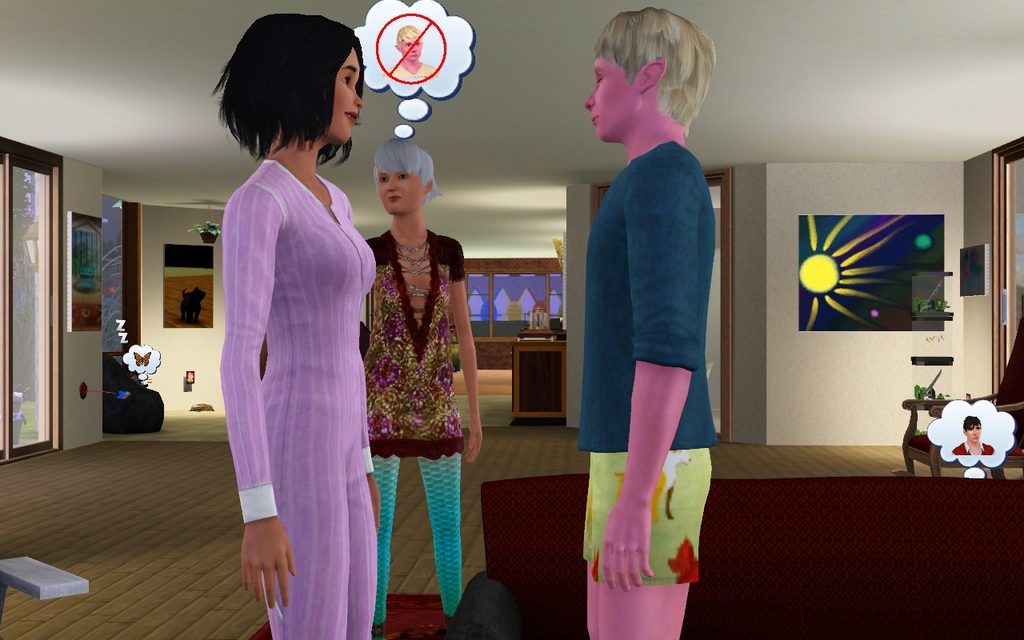 Crystal and Stoutland are a bit too close for Arielle´s liking. 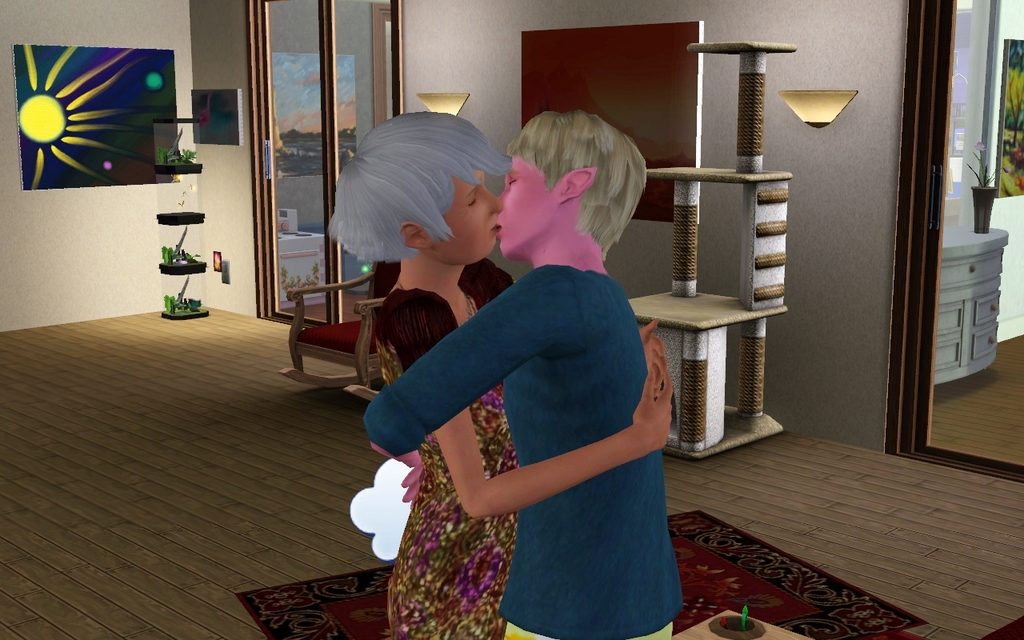 But she forgives him. 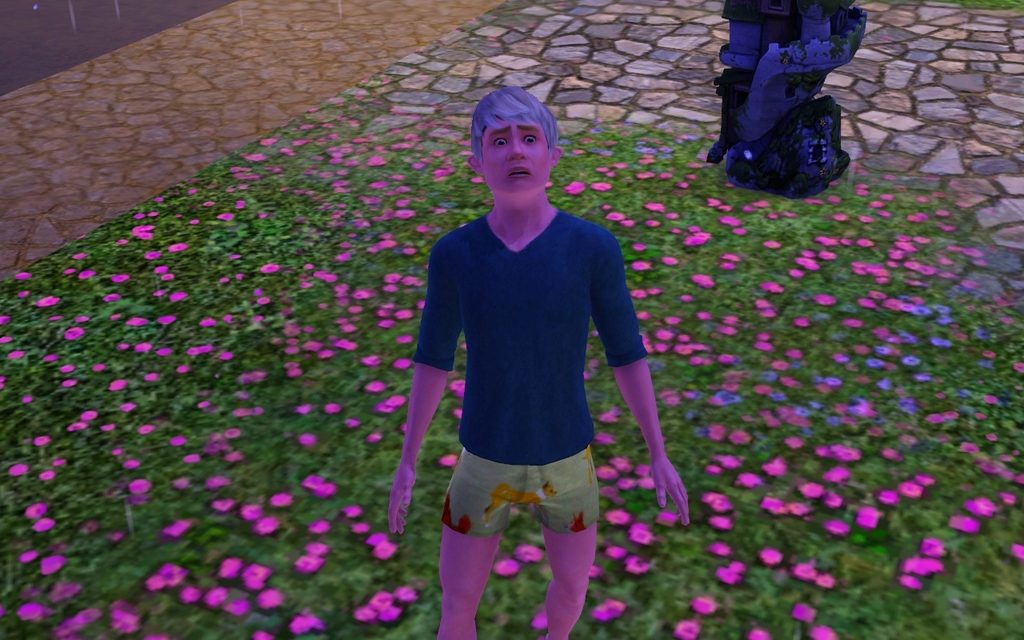 He gets his punishment later that night. 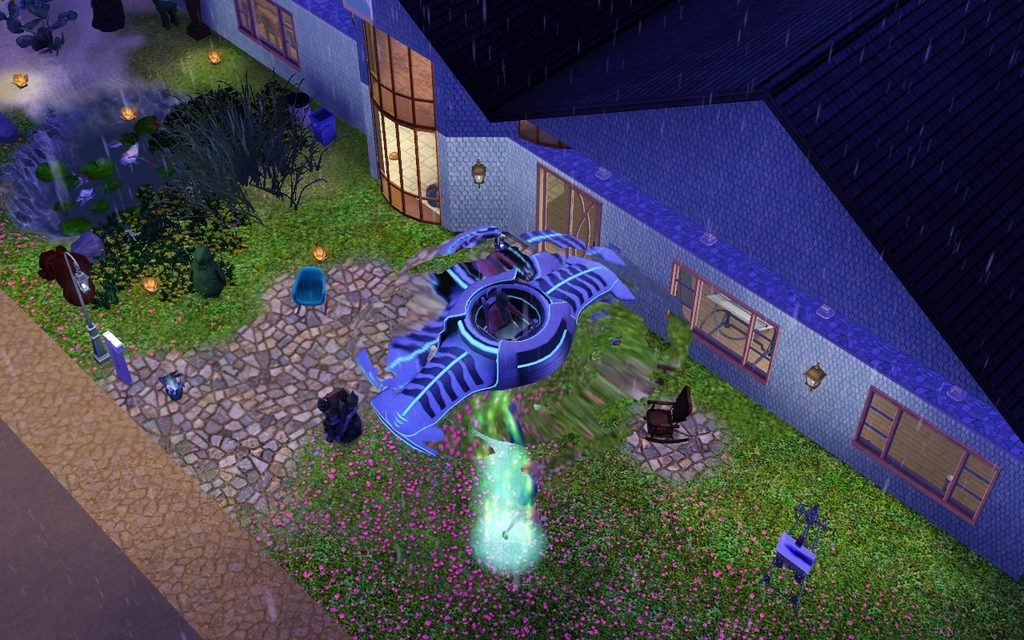 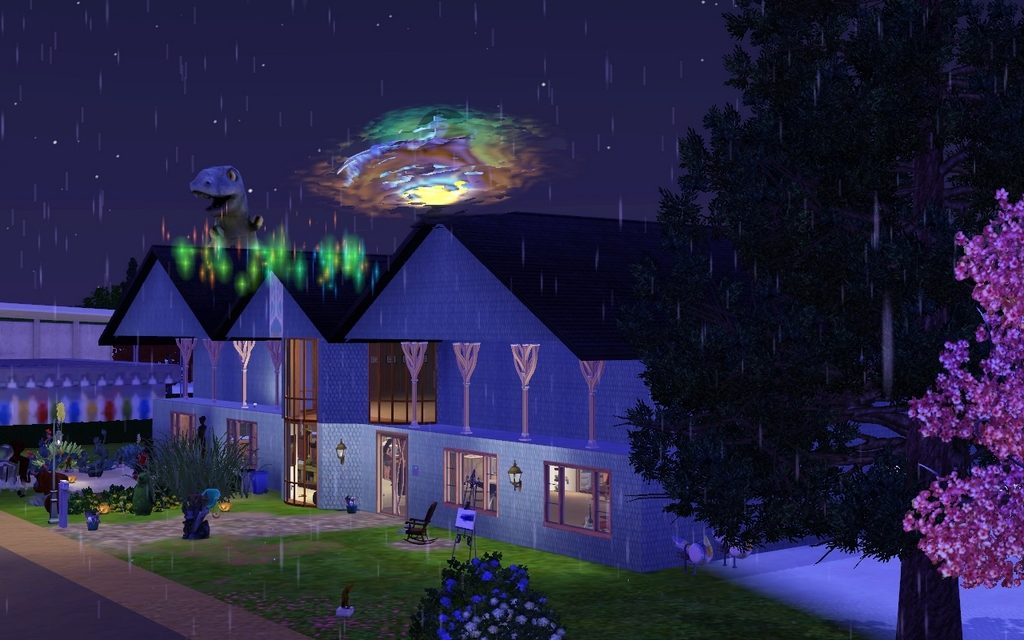 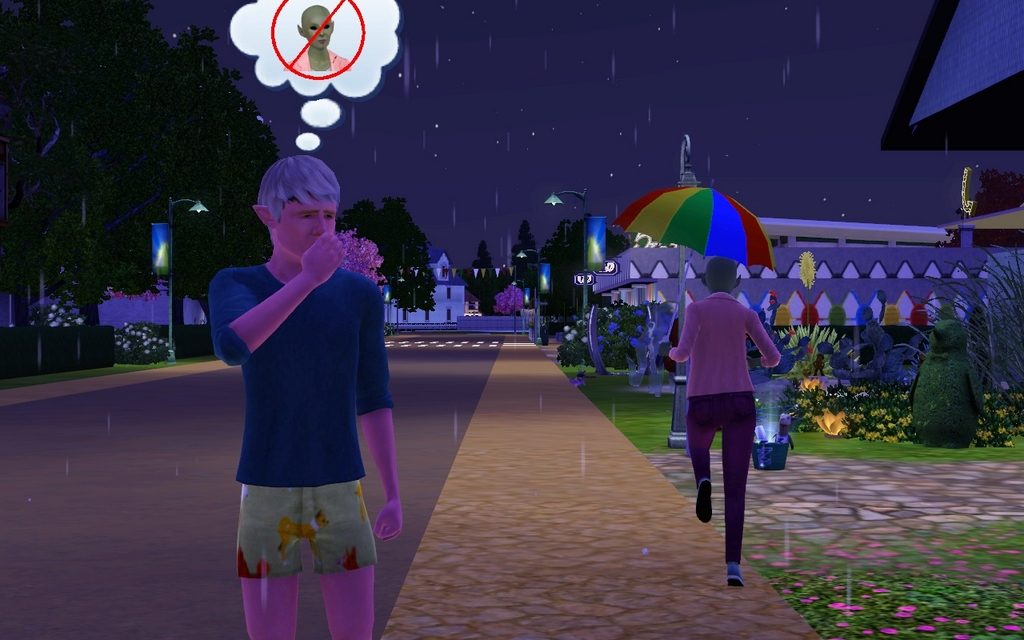 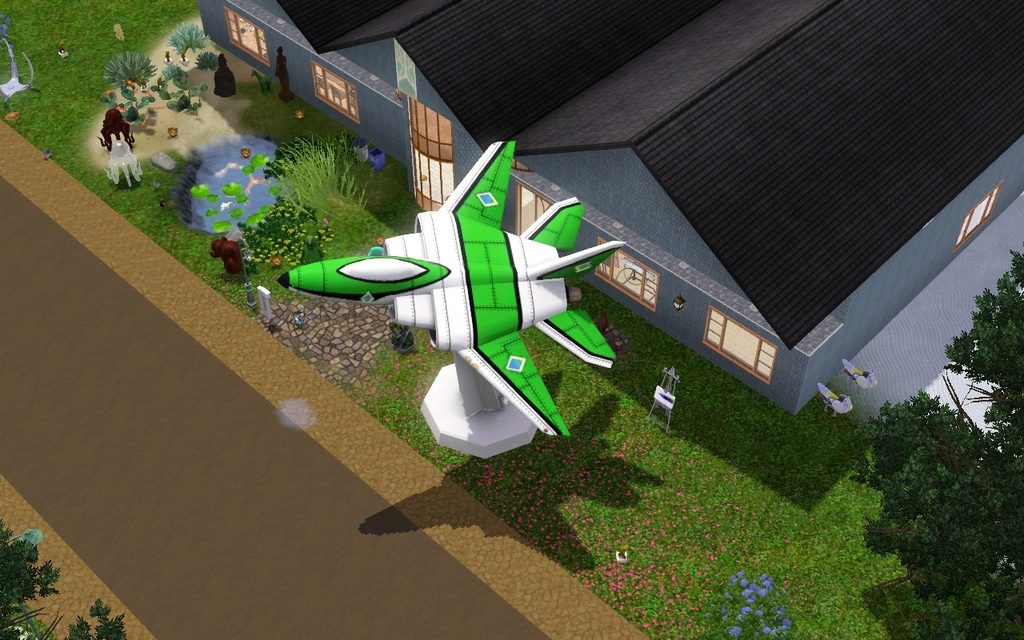 I found this in the family inventory. It must be a wedding present, I think. 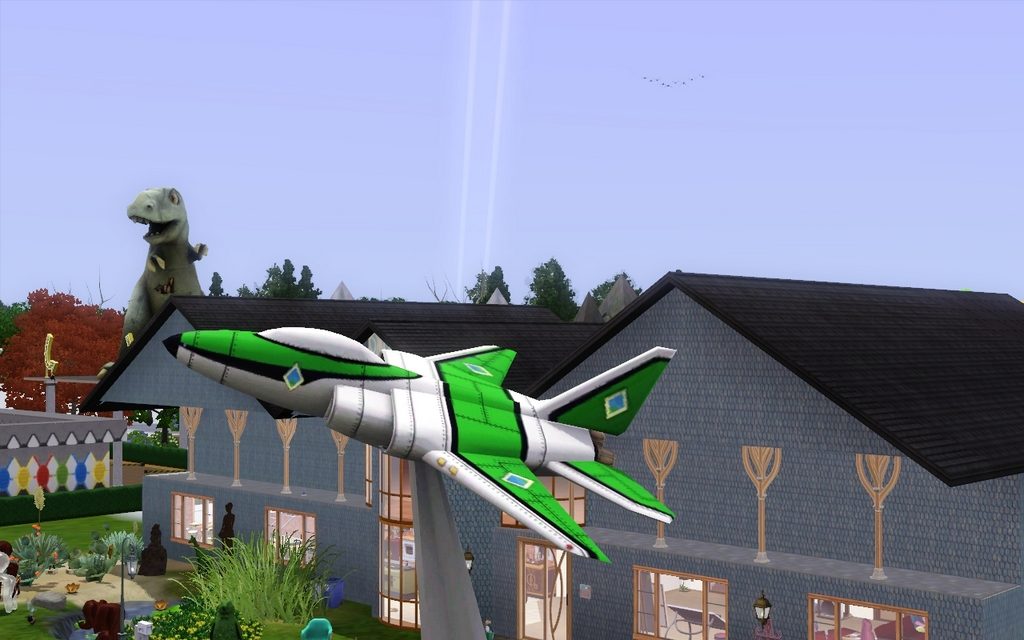 It doesn´t really fit in, so back in the inventory it goes. Very generous gift. 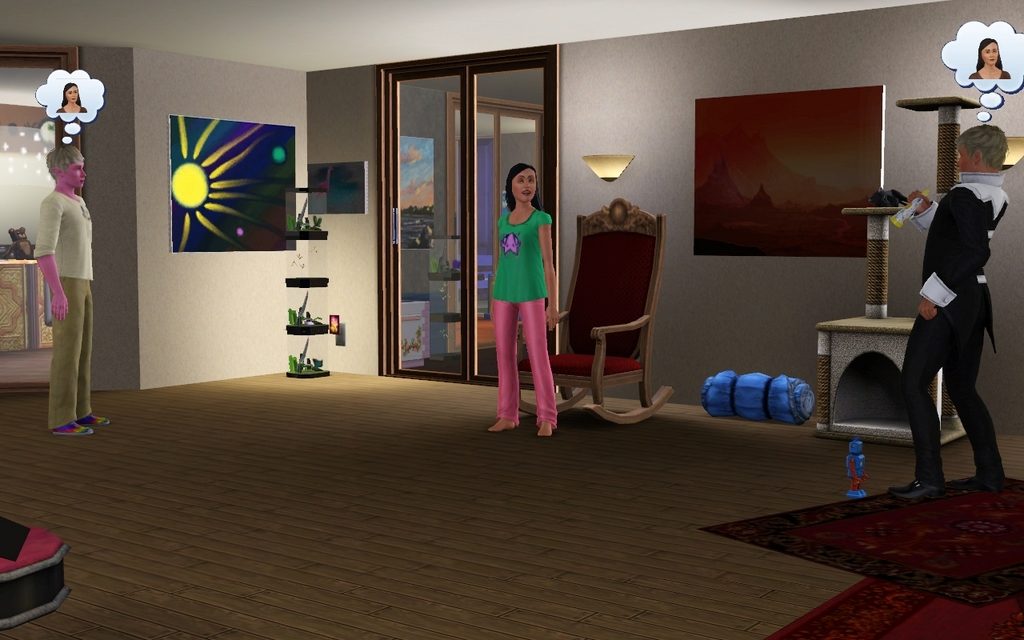 Storm has her birthday. 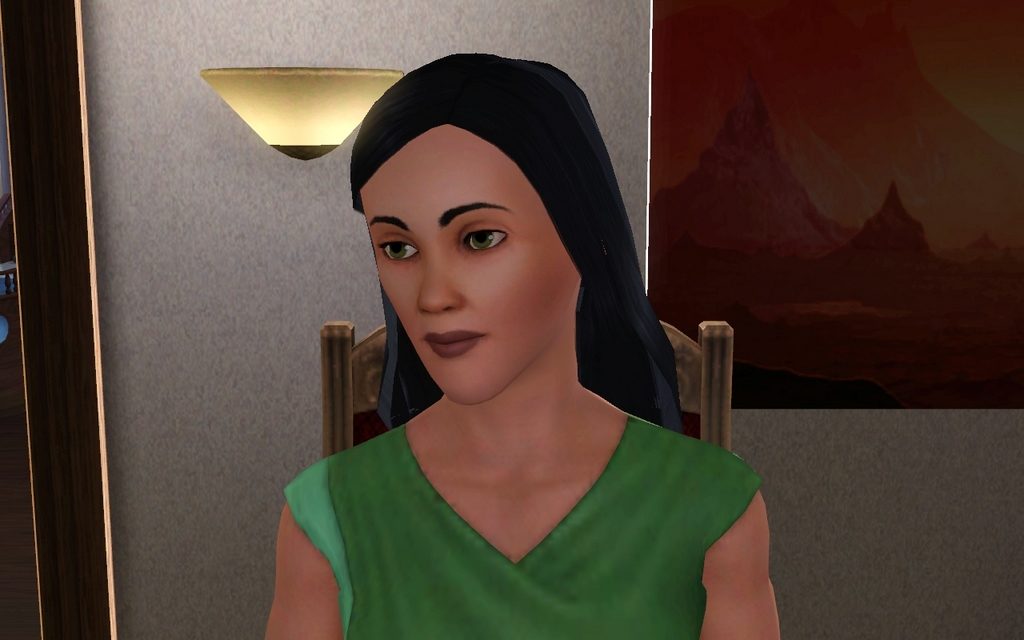 I gave her kleptomaniac, to go with her lifetime wish to become a master thief, which she rolled after our last burglary, I think. 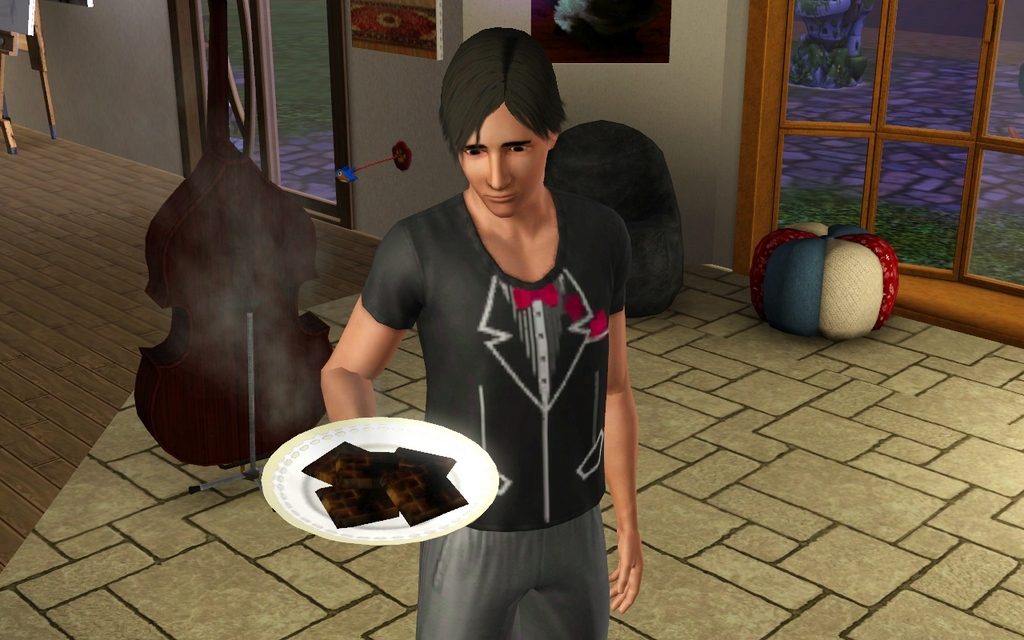 Scott tried to make waffles. You shouldn´t eat those, sweetie.

Scott: But I´m so hungry…

Try the bazillion leftovers in the fridge. 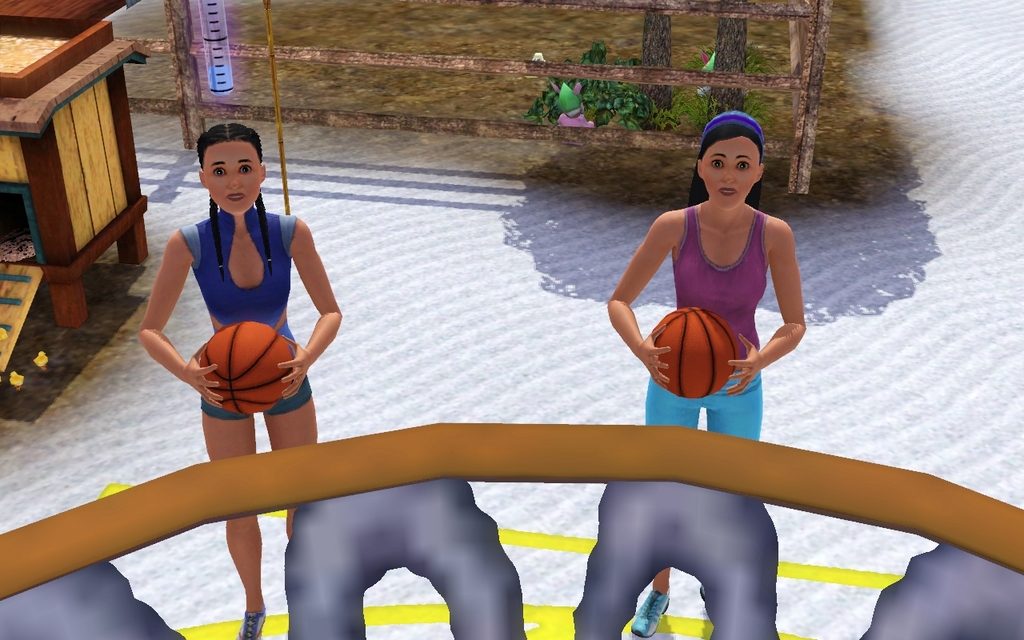 Crystal is still a young adult, because she is a djinn. She actually now looks younger than her own daughter. 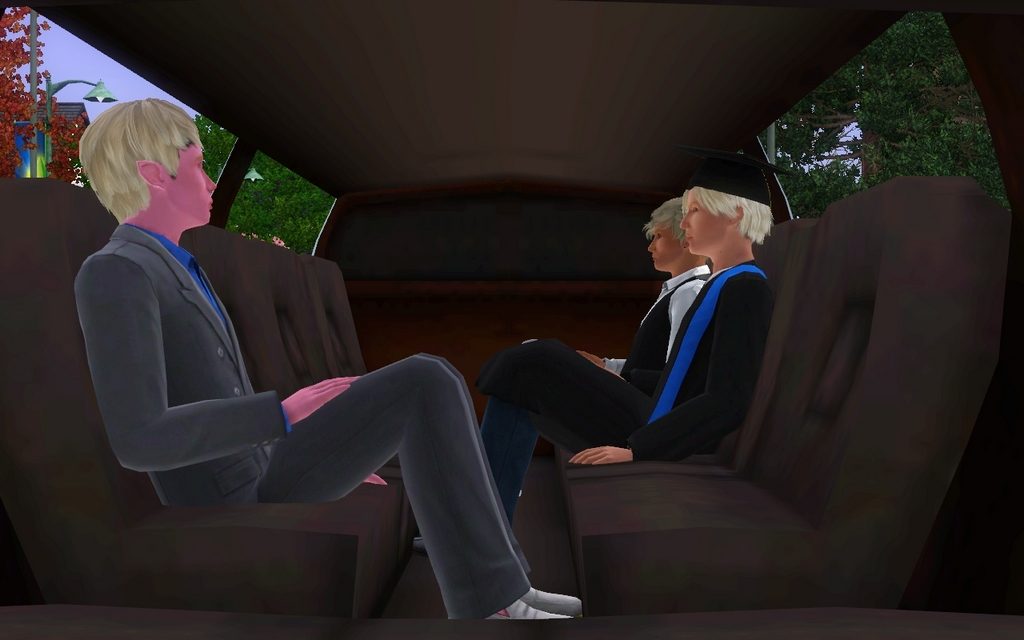 Graduation day is done in style this year. 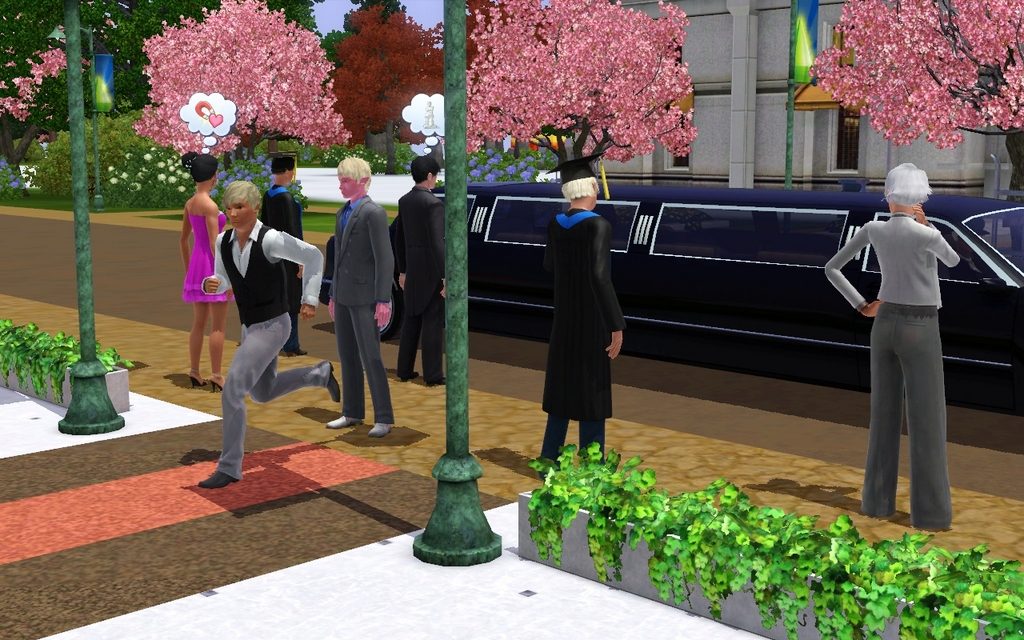 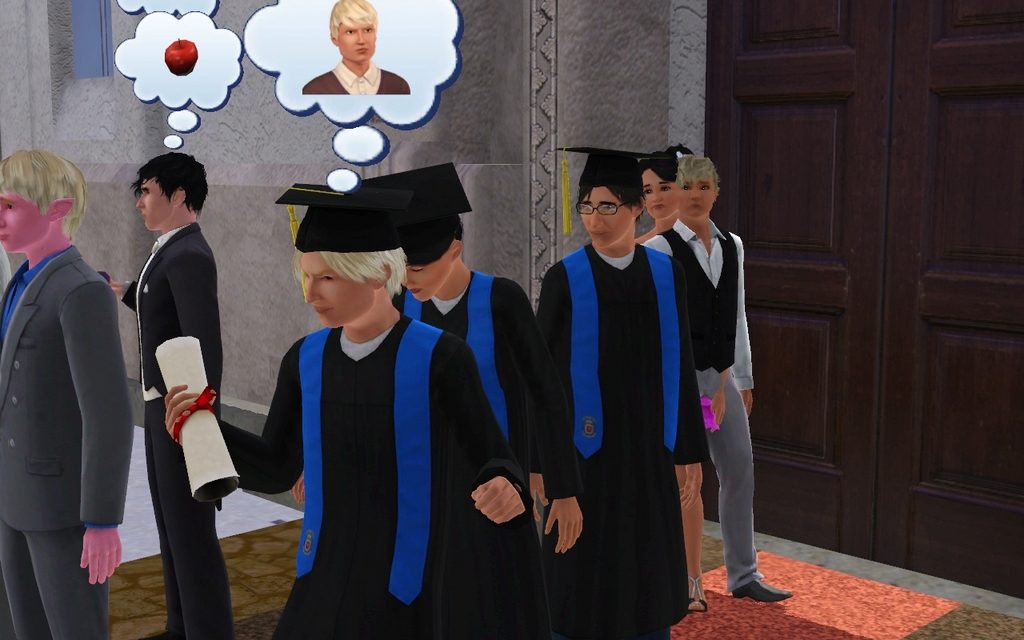 It doesn´t happen very often that everyone graduates at the same time. 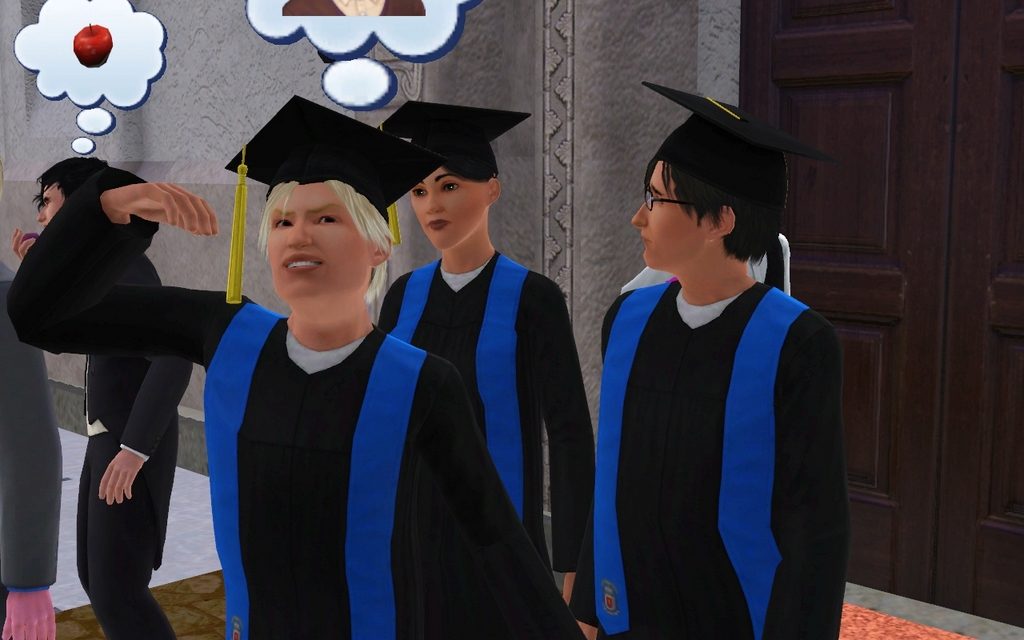 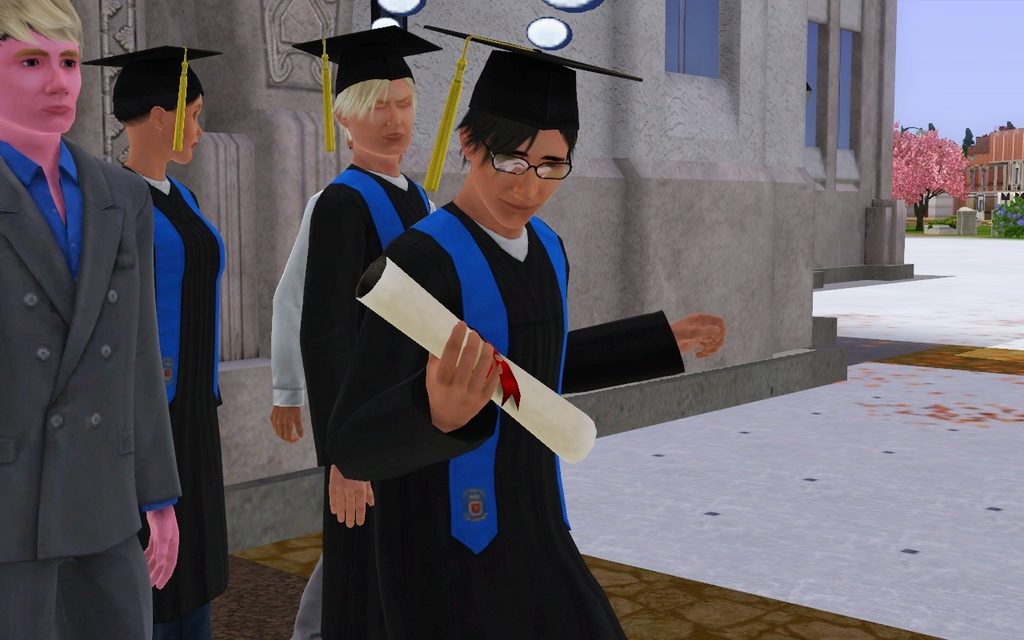 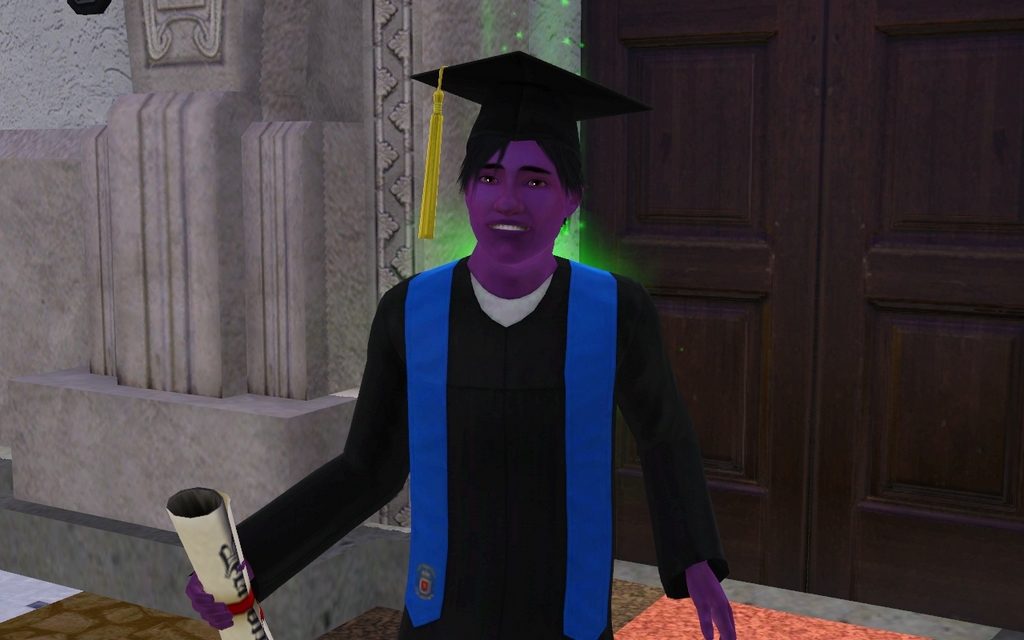 Olaf also graduates. I have my eyes on him, but I think he already has a girlfriend.