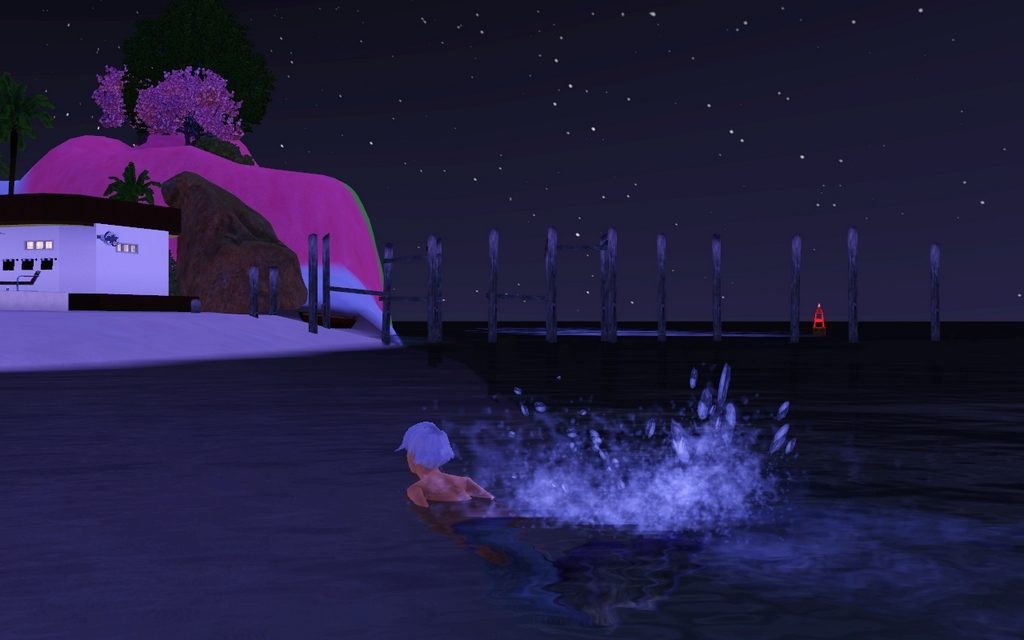 Arielle swims regularly in the sea to stay a mermaid. 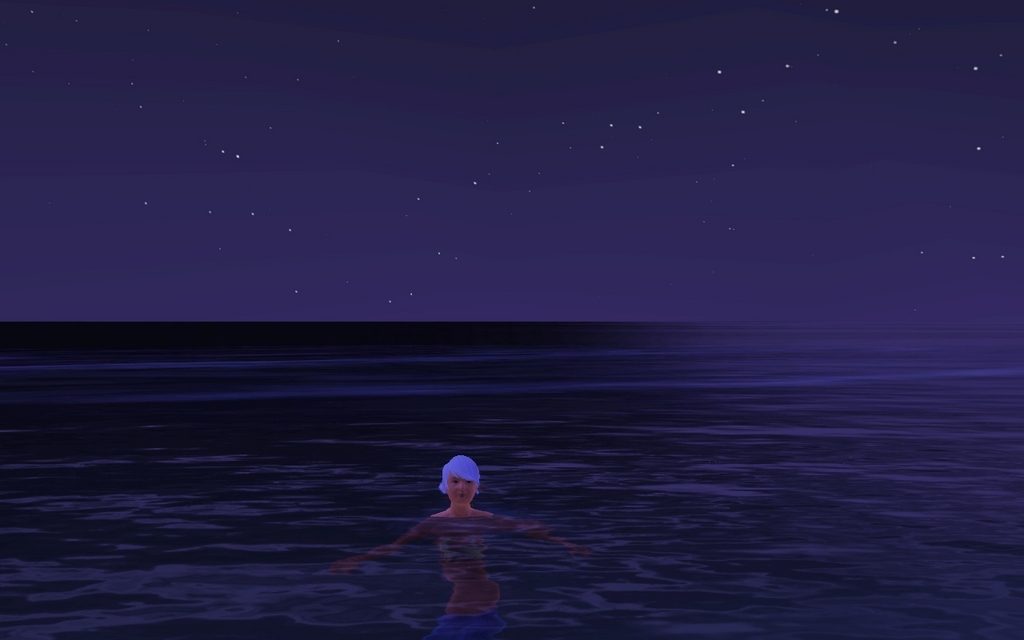 But it´s much easier for me to have a mermaid on a single island. In Isla Paradiso it was really annoying, because they always wanted to swim from one little island to the other. 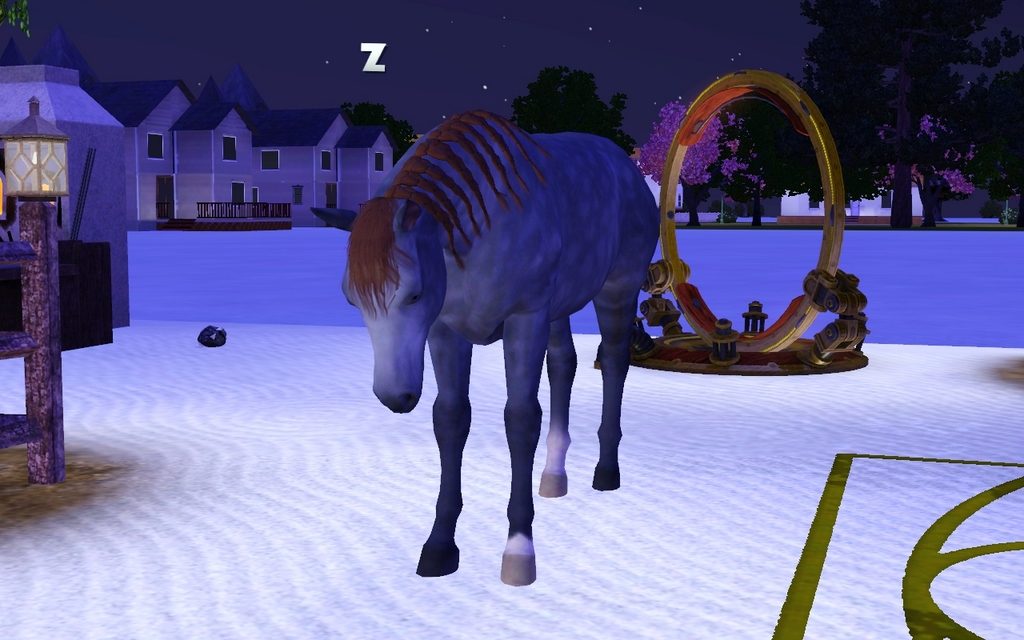 There´s a sleeping horse in the backyard. 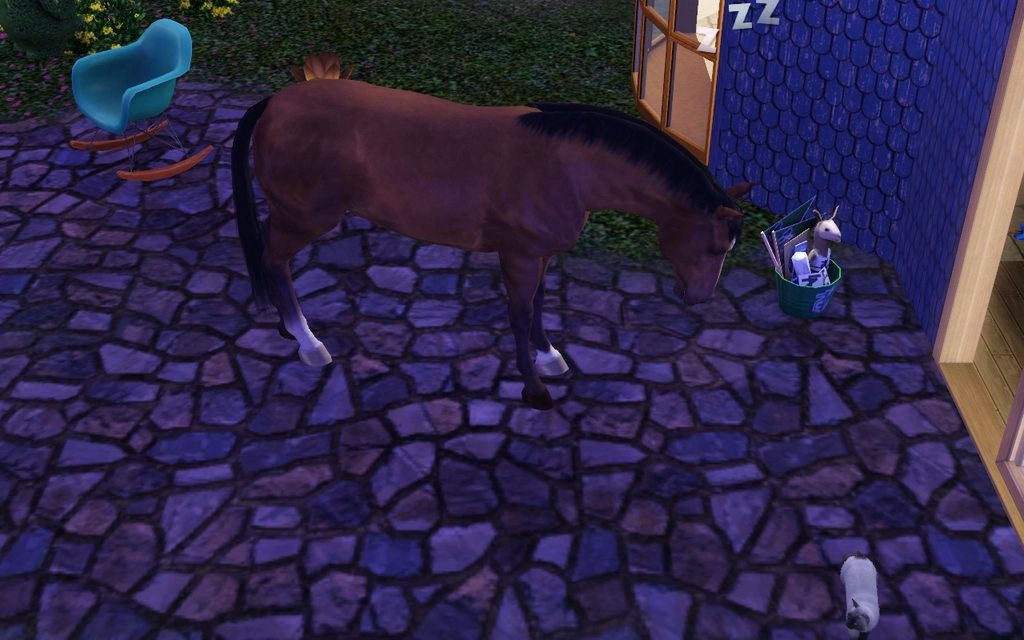 And one at the front door.

I guess, it´s time to clear the caches. 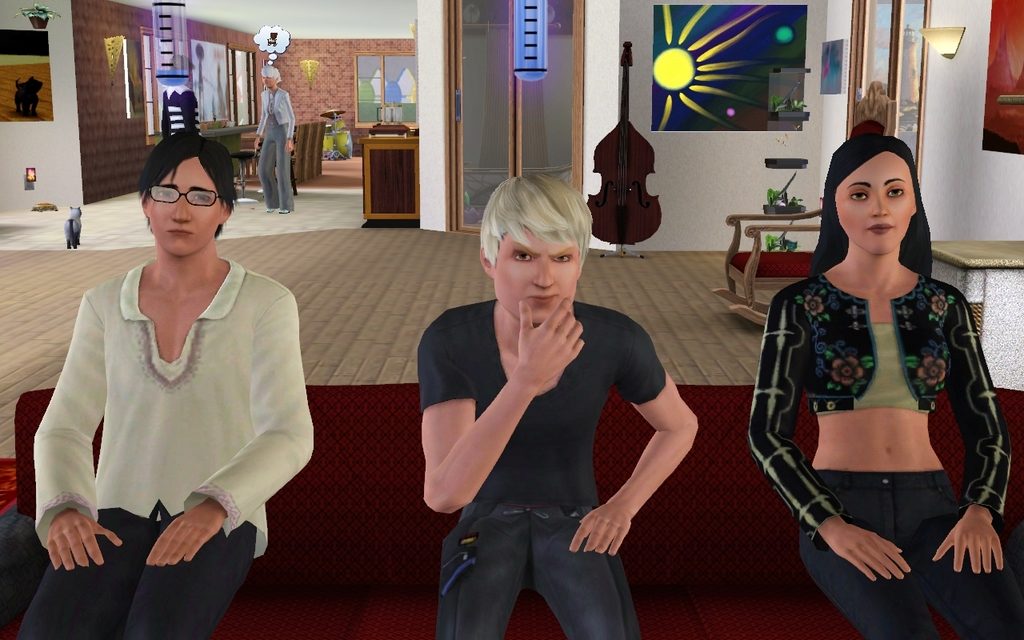 Here we have the „heirs“ of this generation neatly in a row. 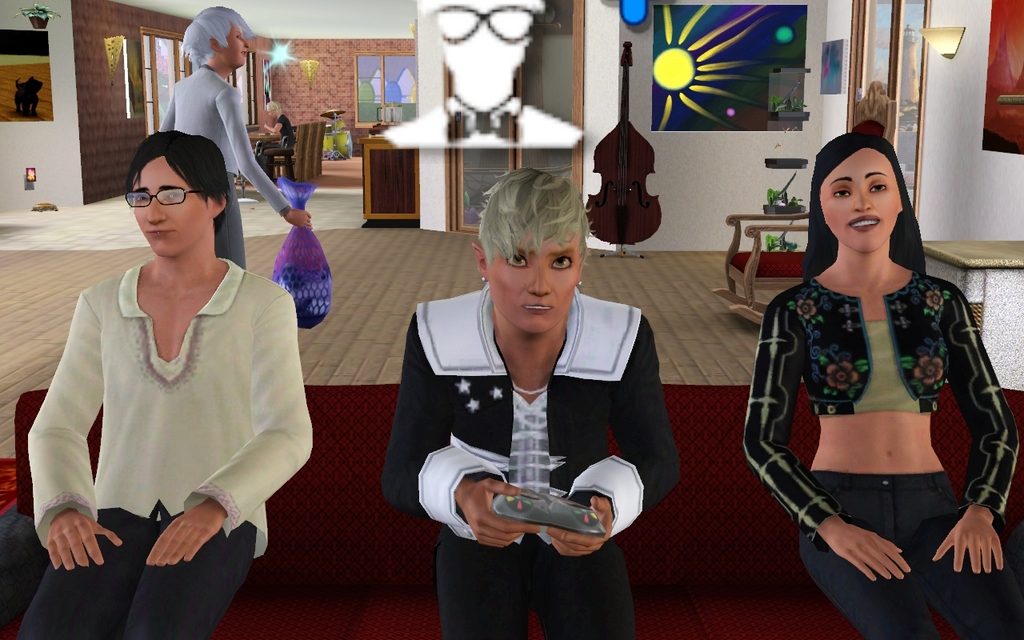 I wanted to take more pictures, but Sebastian got hungry and Liam took his place to play videogames. Not funny, guys. 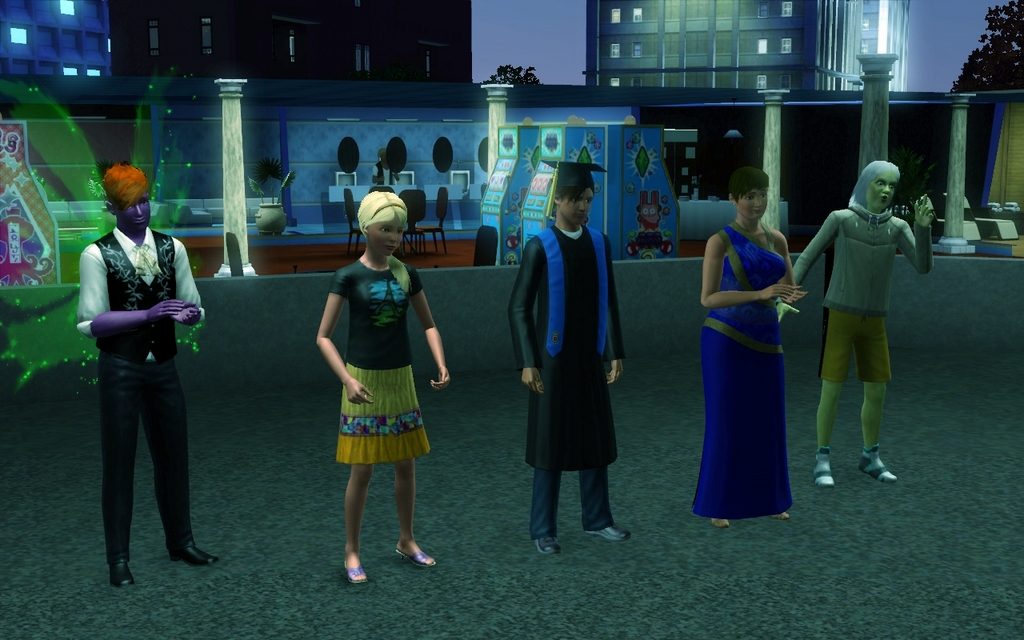 Arielle has an interesting audience at a little show she does. 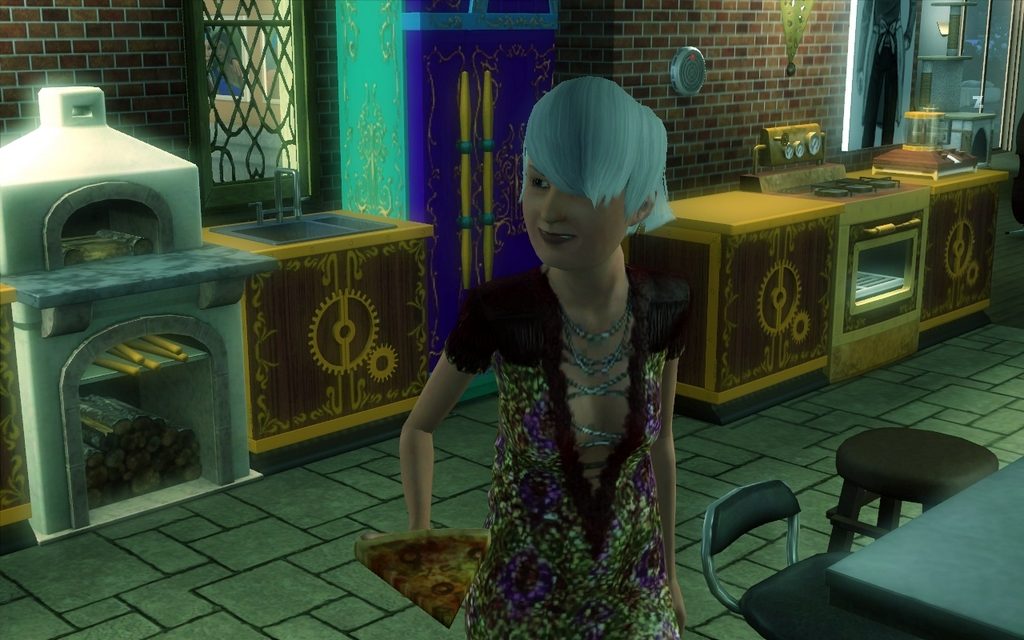 Arielle: Rowan threw a pizza at me! Such a nice young man!

That „young man“ could be your great-grandfather. 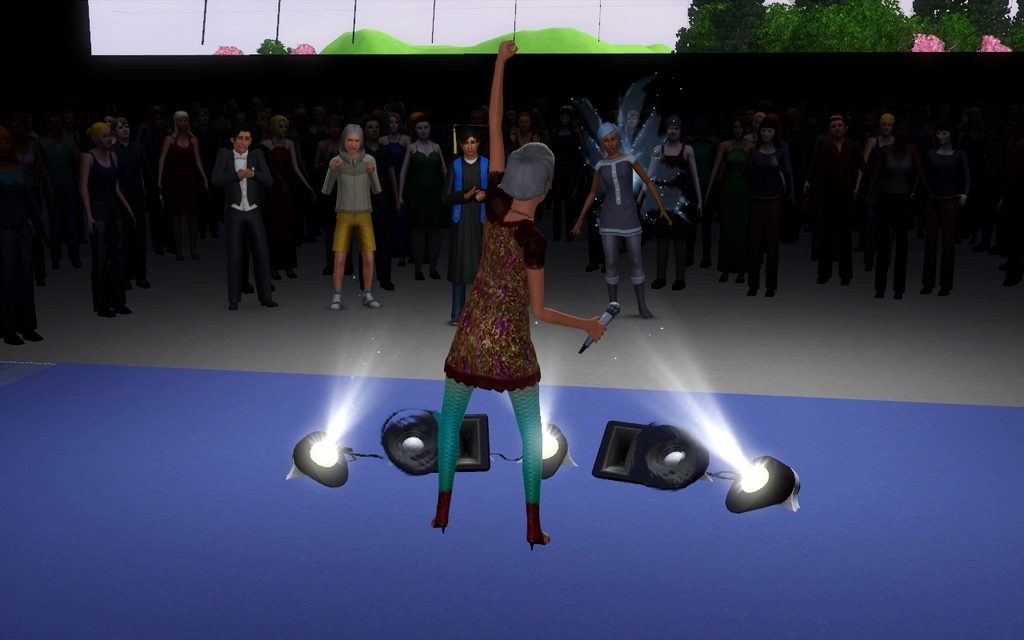 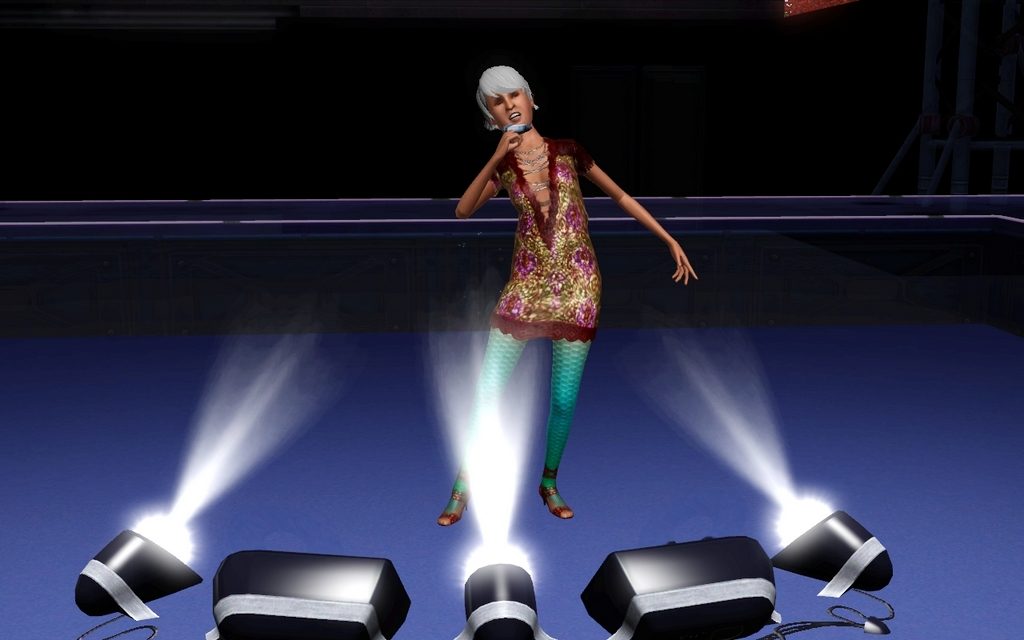 But I think, she will retire soon. 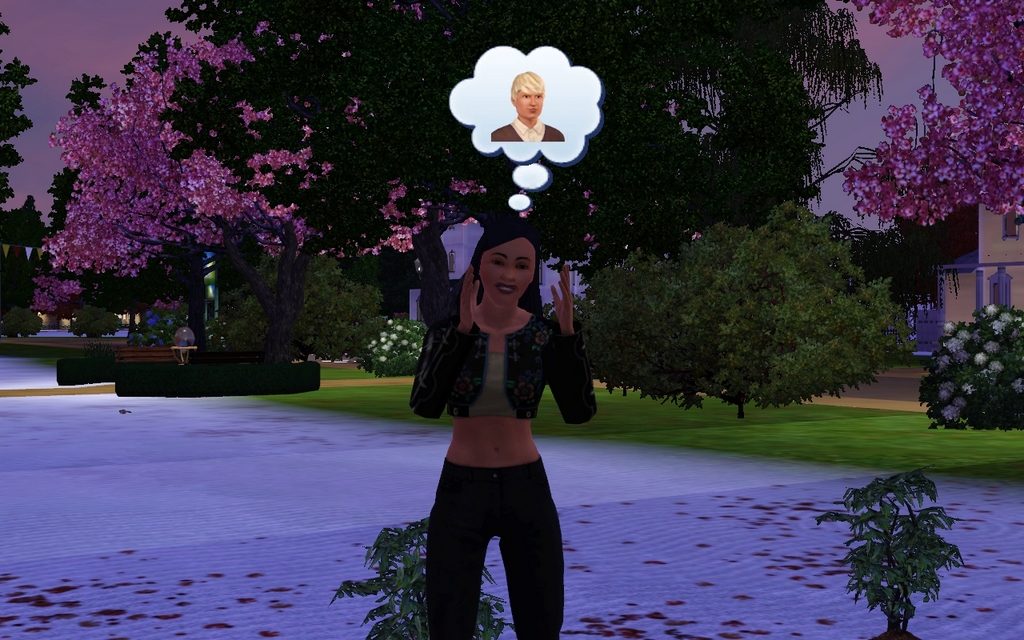 So, I have a problem. Sebastian and Storm are getting a bit… close. 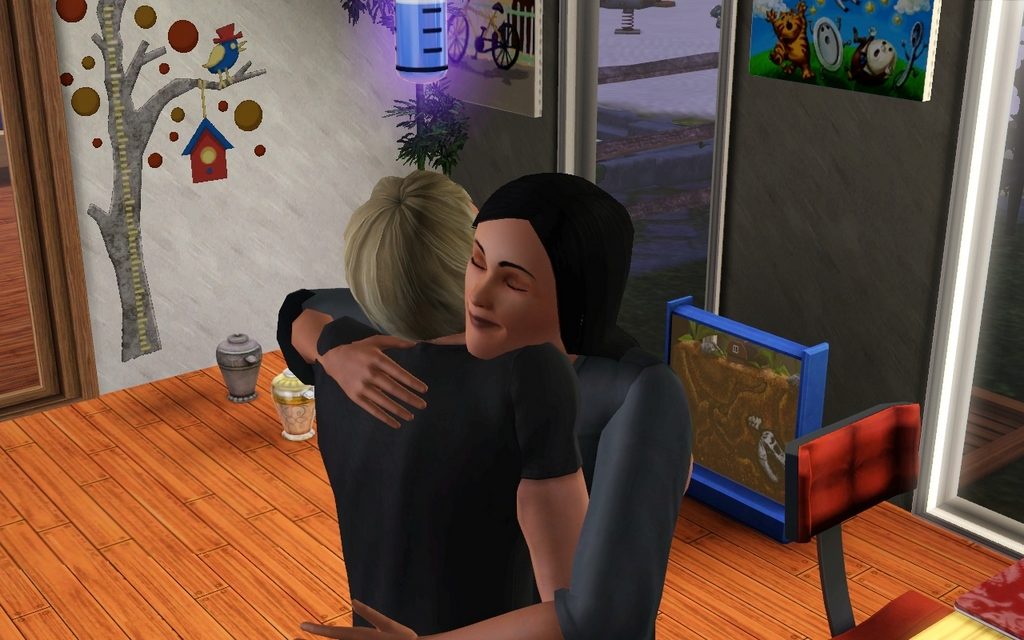 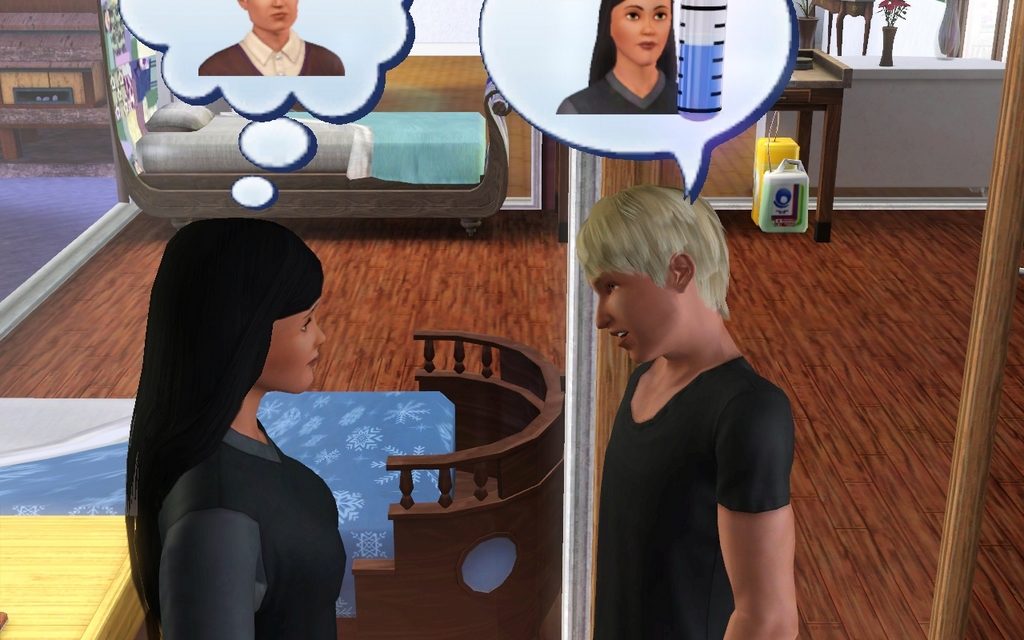 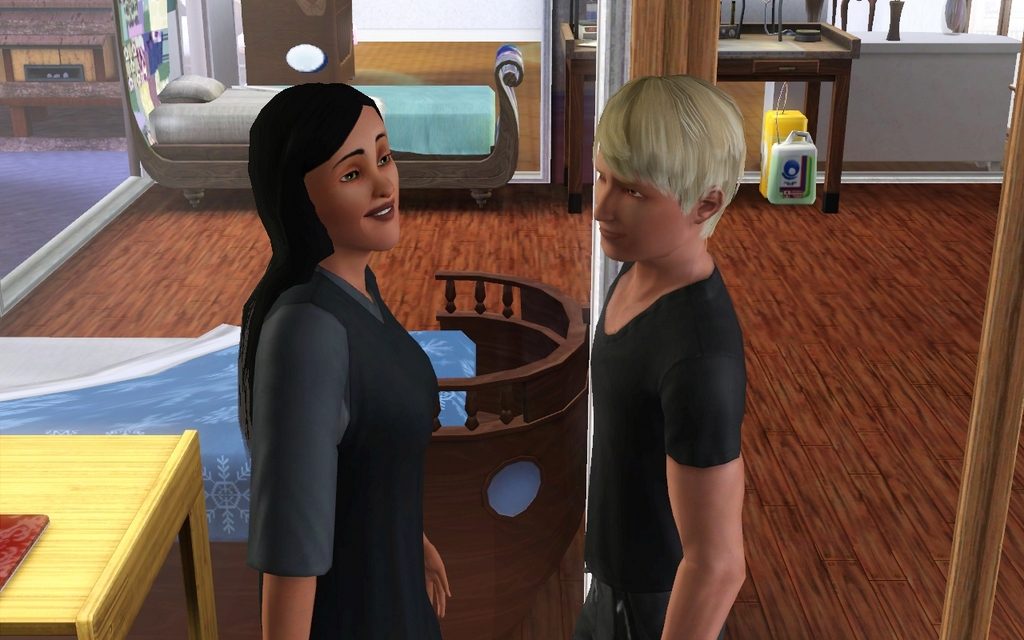 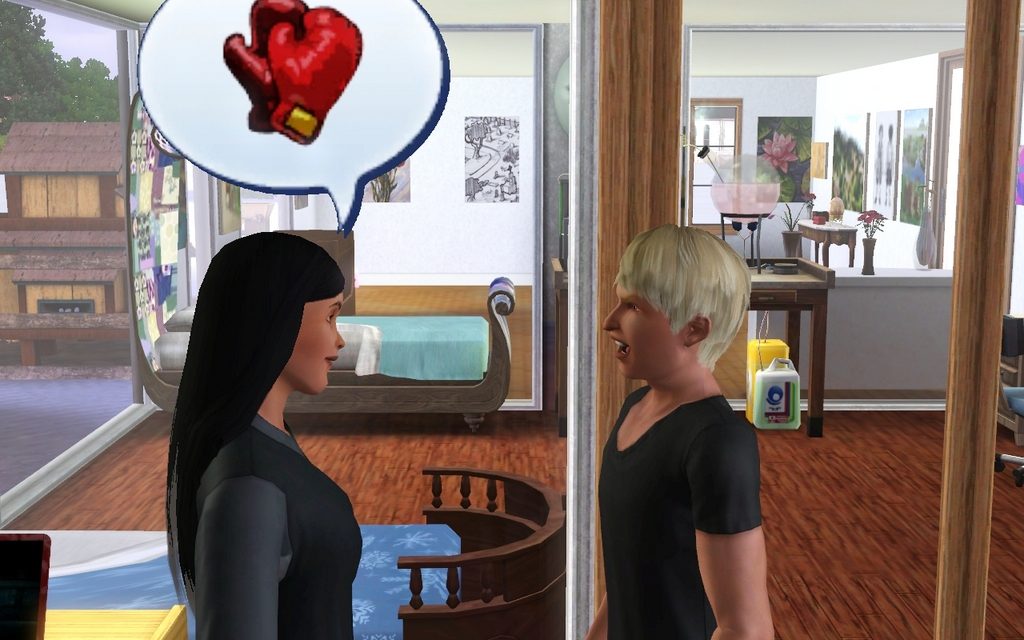 And talking about boxing gloves. Sure, go on. 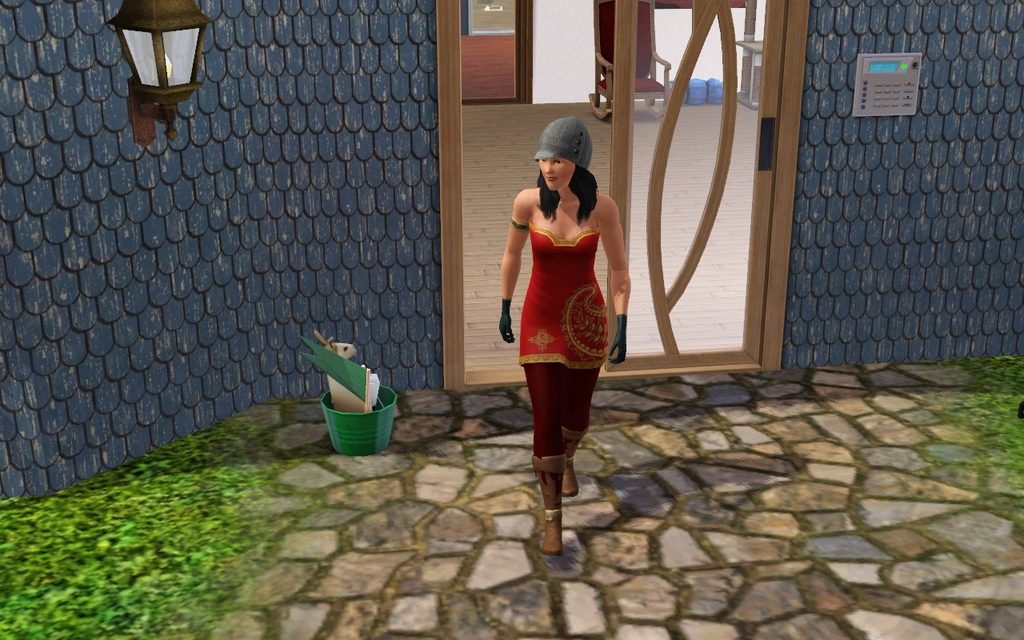 Storm has her first day as a criminal. You´re really… inconspicuous. And stuff. 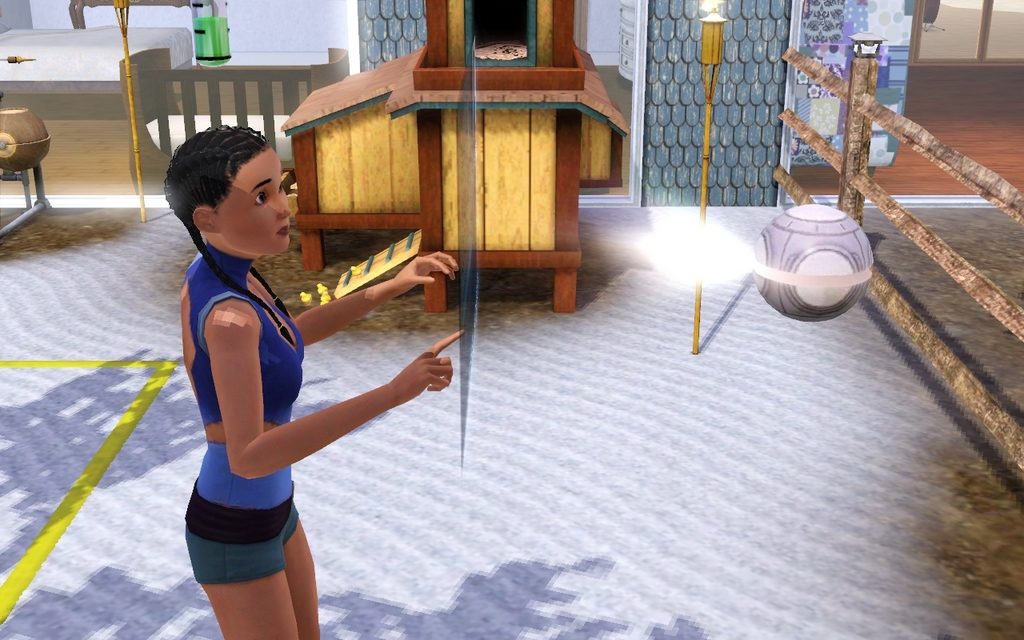 Crystal, what should I do about your daughter? And her wanna-be lover?

Crystal: Shhh! I have to concentrate!

She finally decided on a job, she wants to be an author. 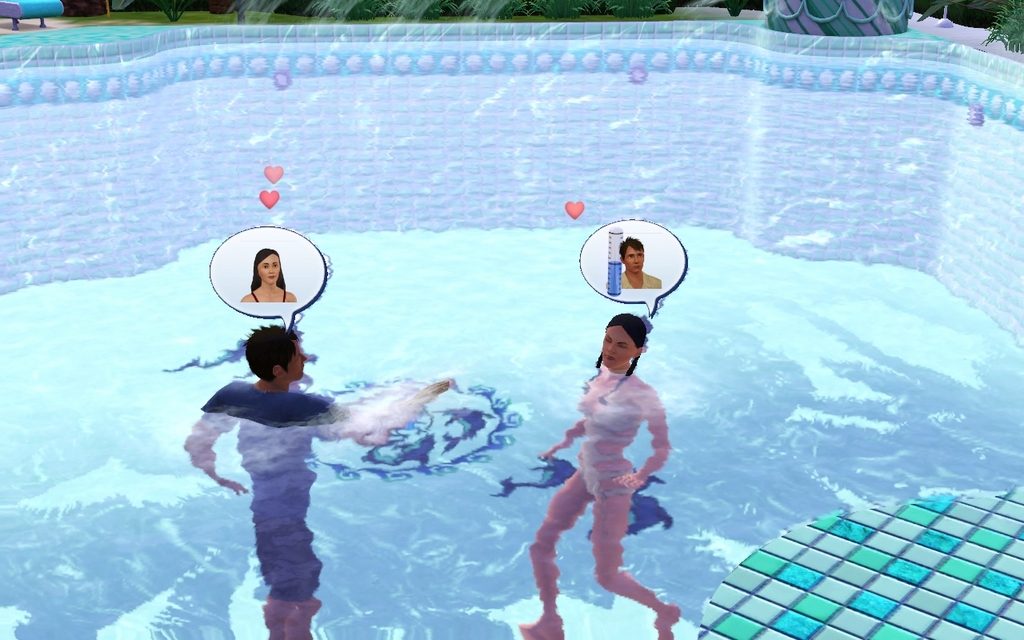 I sent Storm to some lots to find someone else.

What about this one? 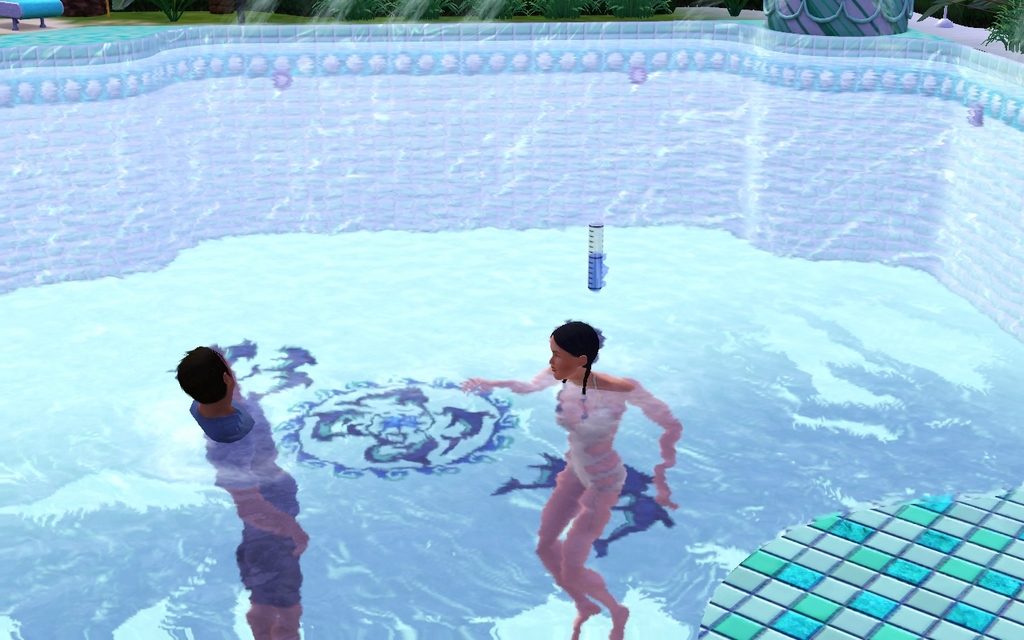 Ah, well, he´s married and will be an elder tomorrow anyway.