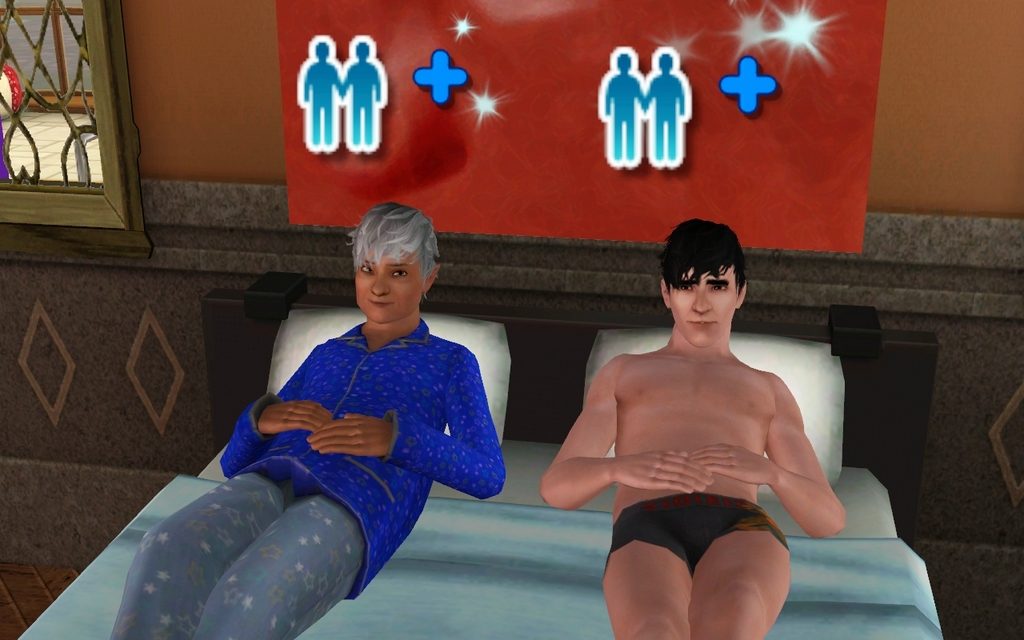 Liam being an elder now doesn´t bother Mortimer at all.

The „Brunch at the old mill“ set was the daily deal at the sims store, so they can have high tea now. I couldn´t find a good place at the main house so I put the table in the graveyard.

Seems to be pretty good tea.

Liam stays to magically upgrade the tv, and Paul has some tea, too. 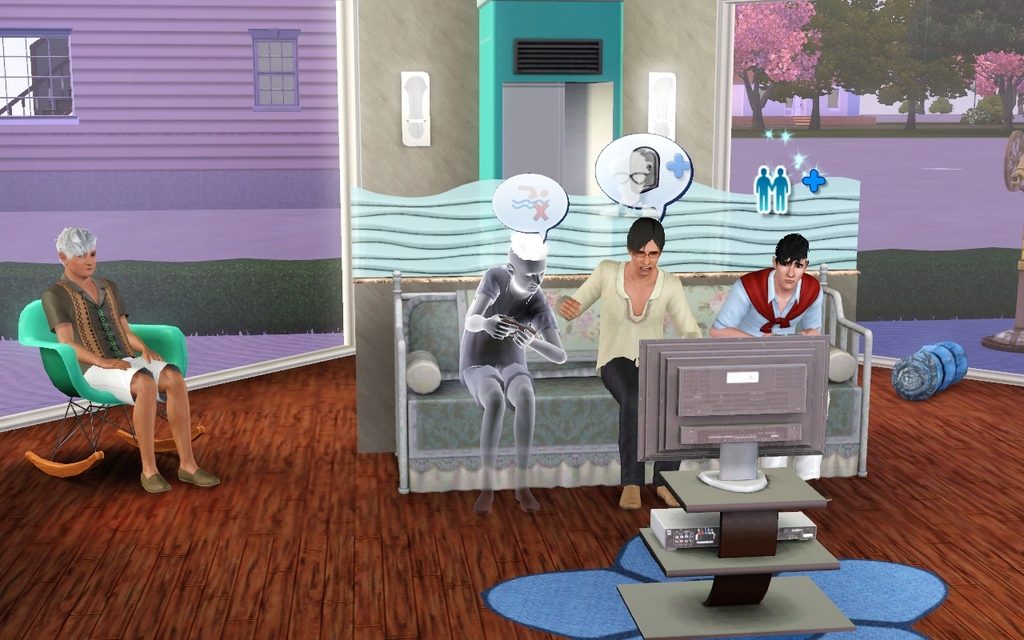 It turns out to be a guys night at the graveyard.

They seem to be having lots of fun. 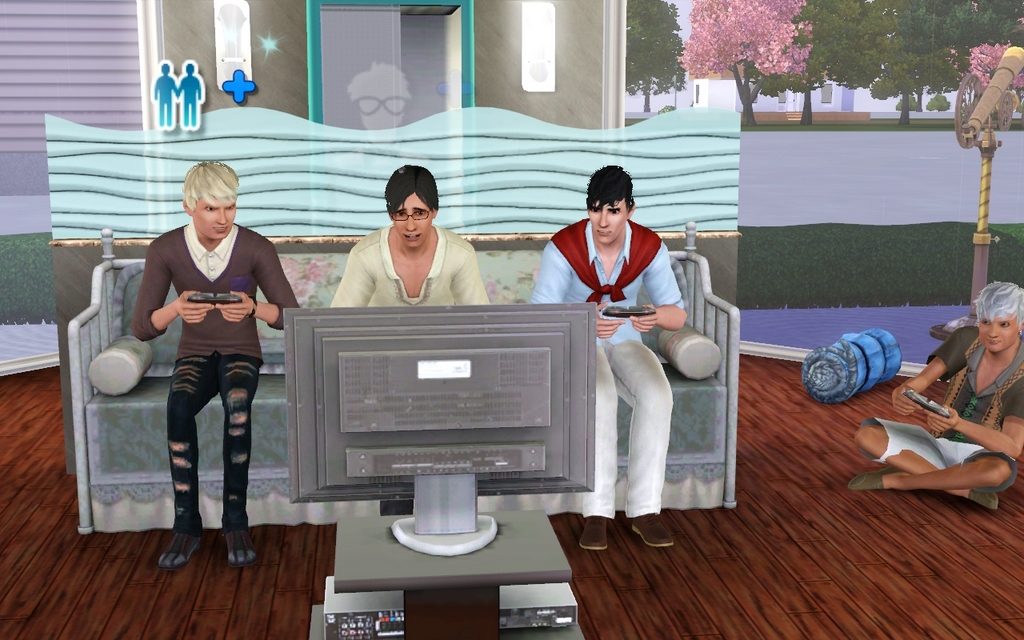 I have to do that more often. 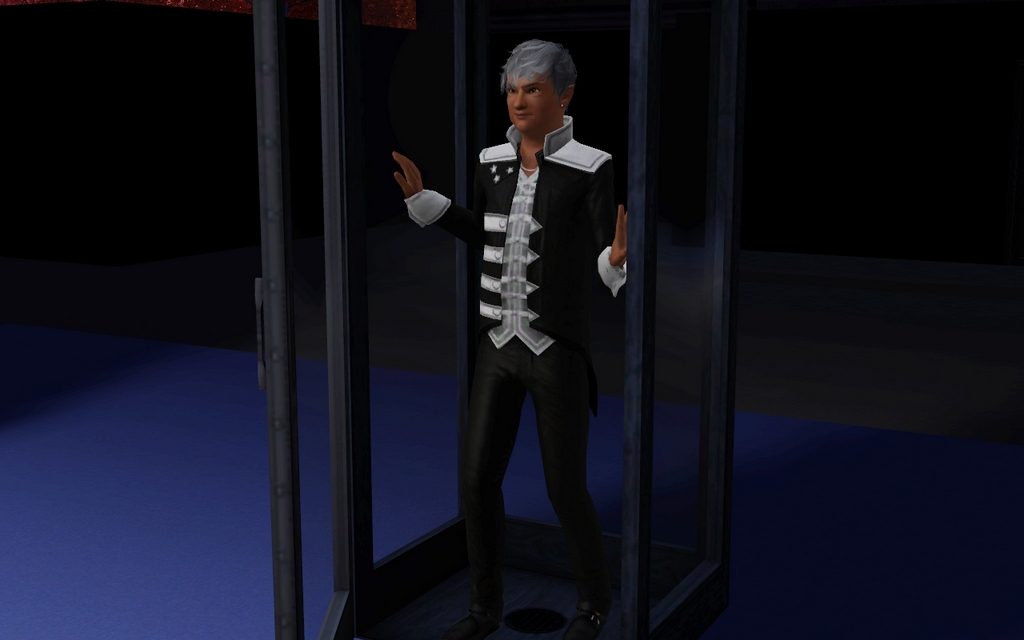 Liam reached his lifetimewish at some point, but I didn´t take a picture.

He still does shows. 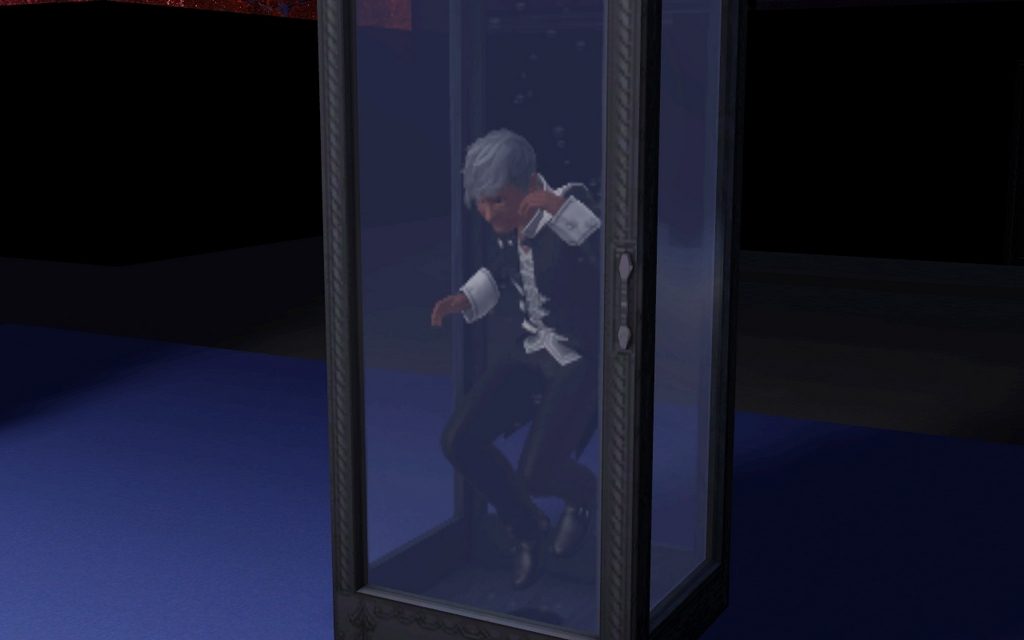 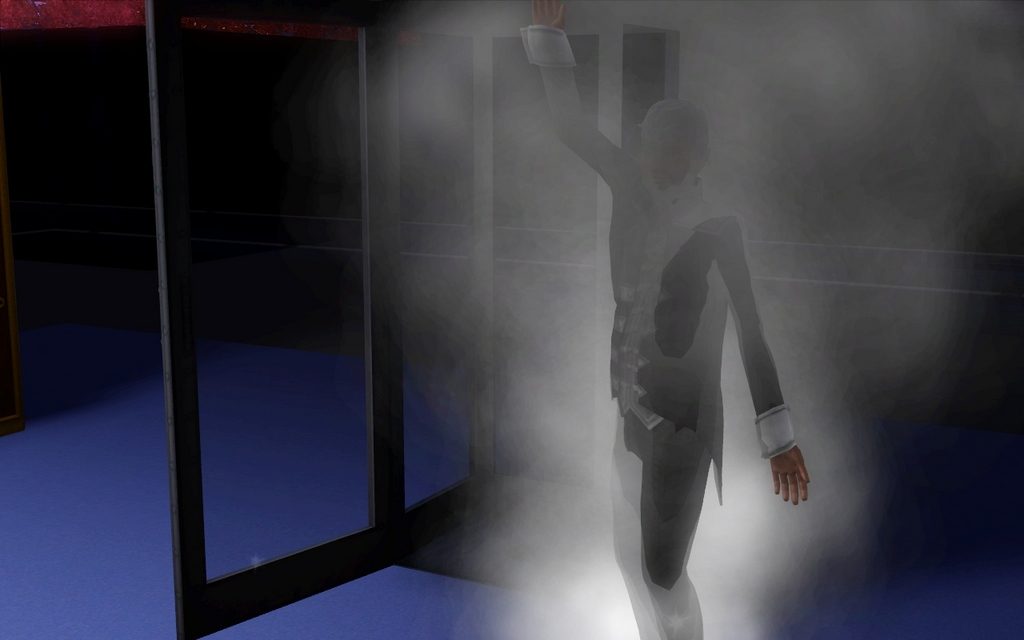 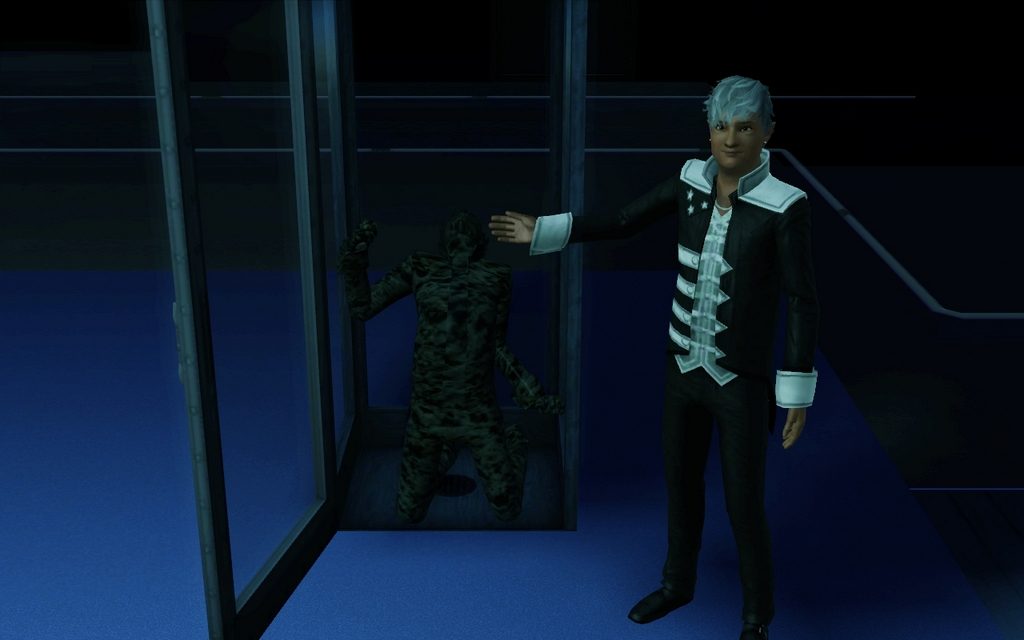 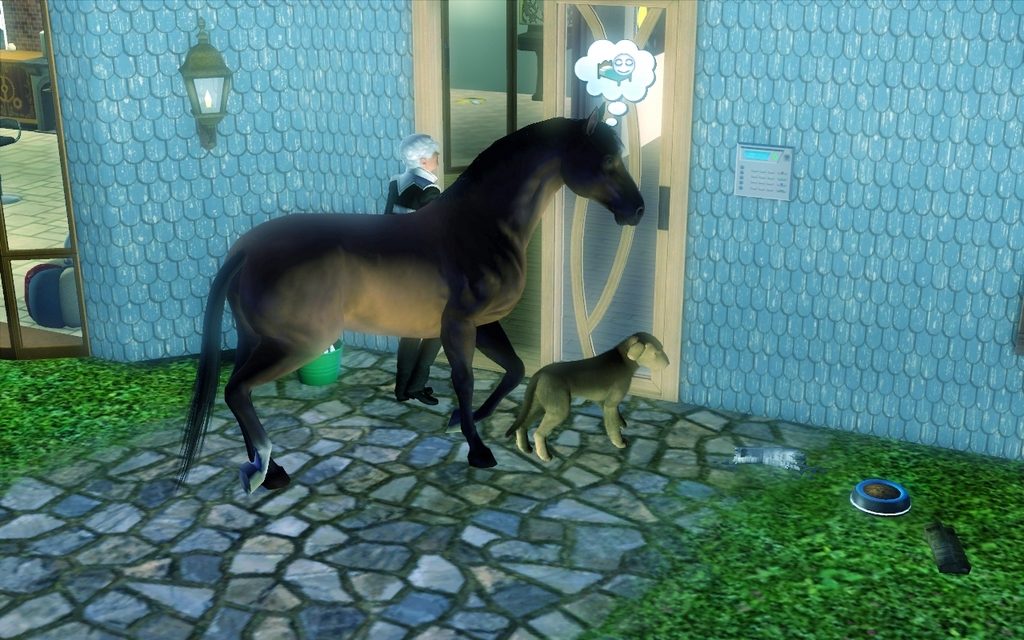 Coming home, there´s a tired horse at the frontdoor. 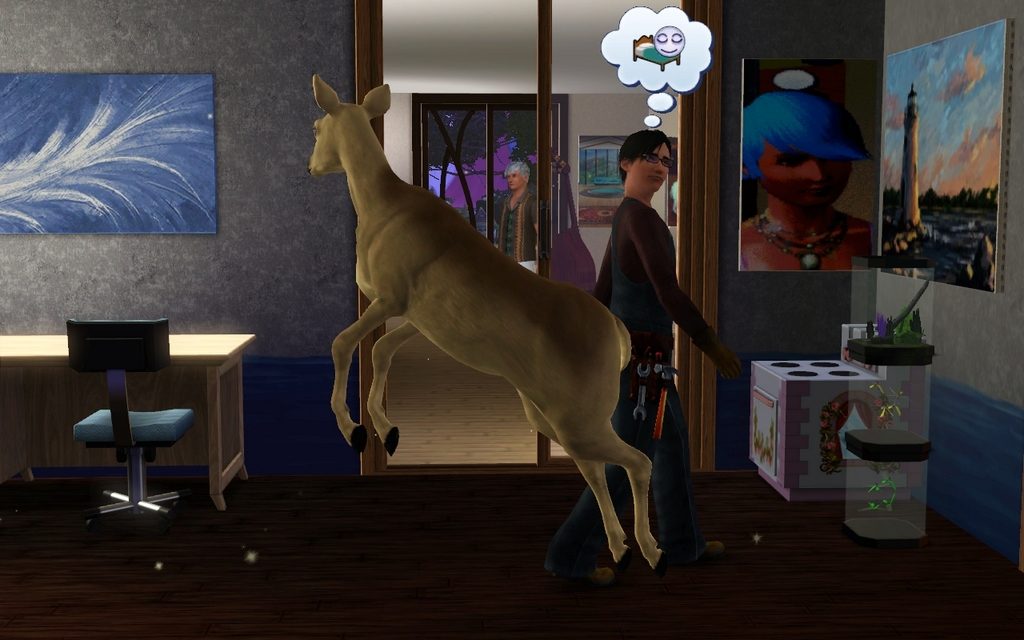 And a deer in the bedroom. 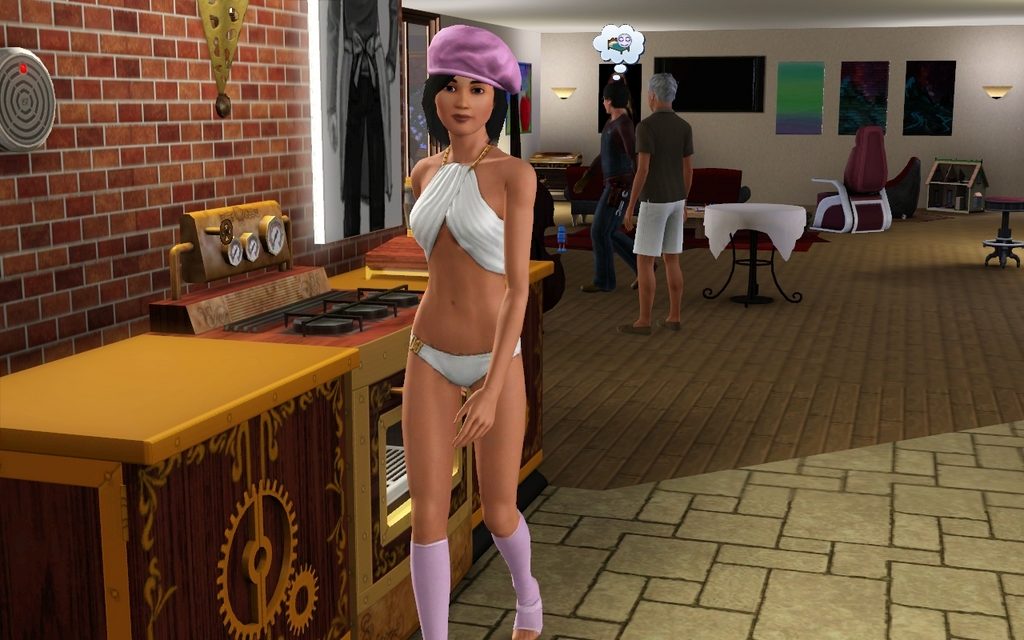 And what the hell are you wearing, Crystal??

Don´t do that again. 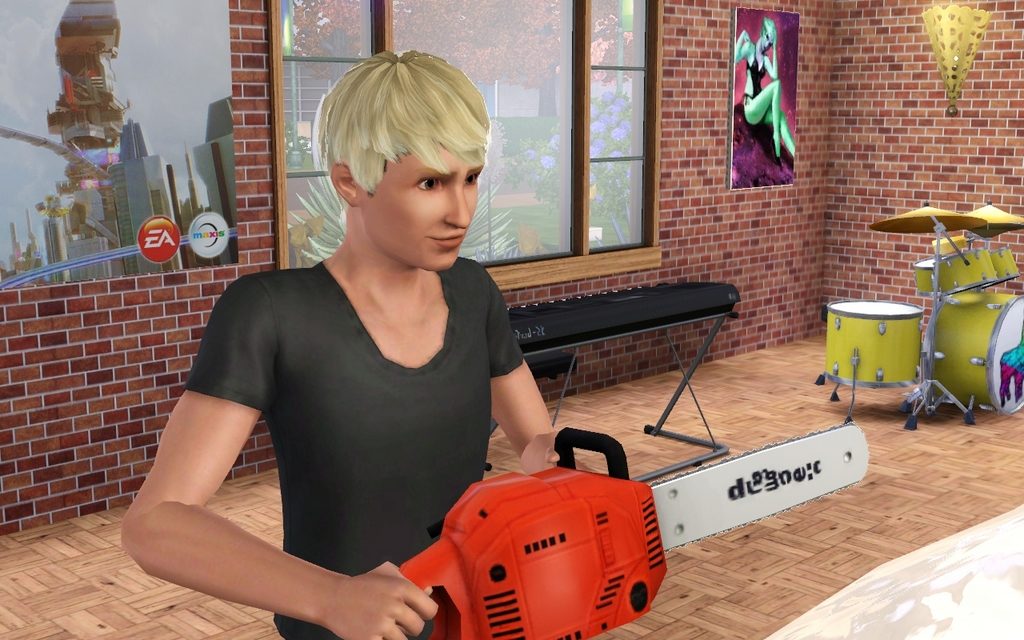 Sebastian has to master sculpting, painting and inventing. 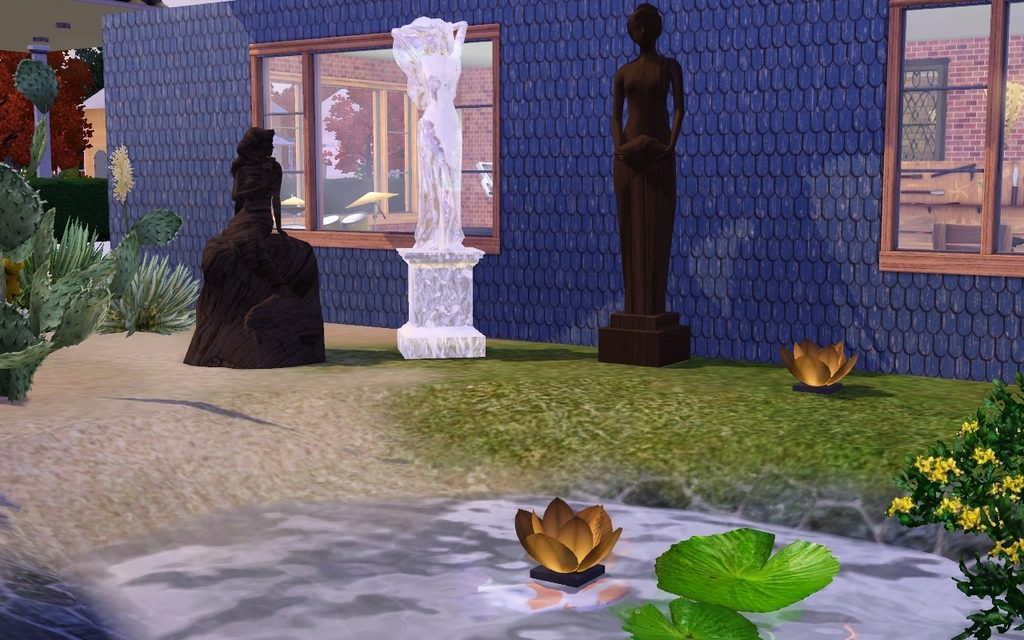 He makes this really nice ice sculpure. They still melt, but perhaps he can make this one again later. 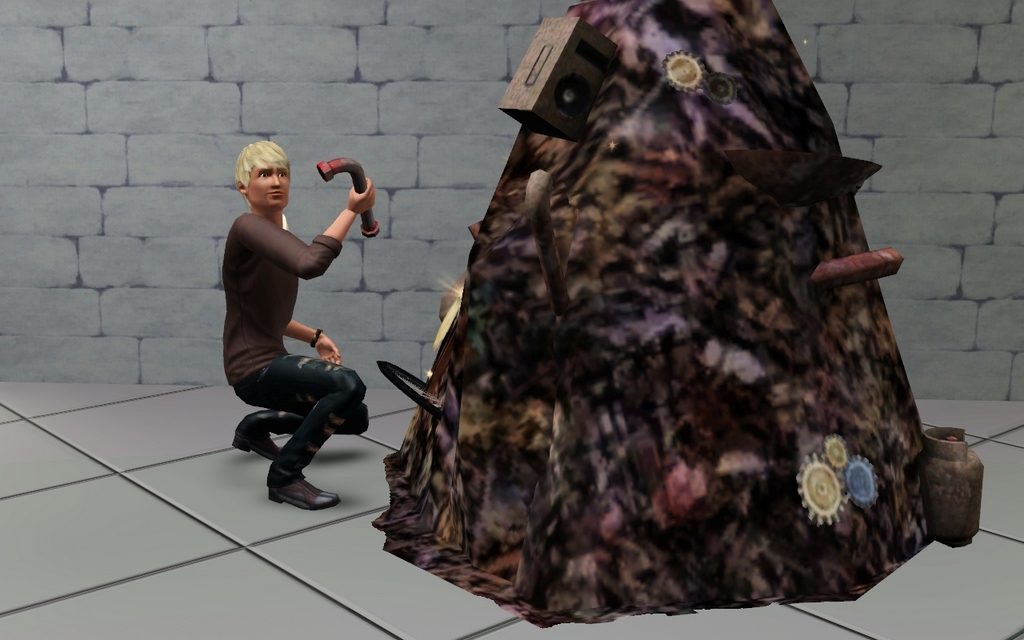 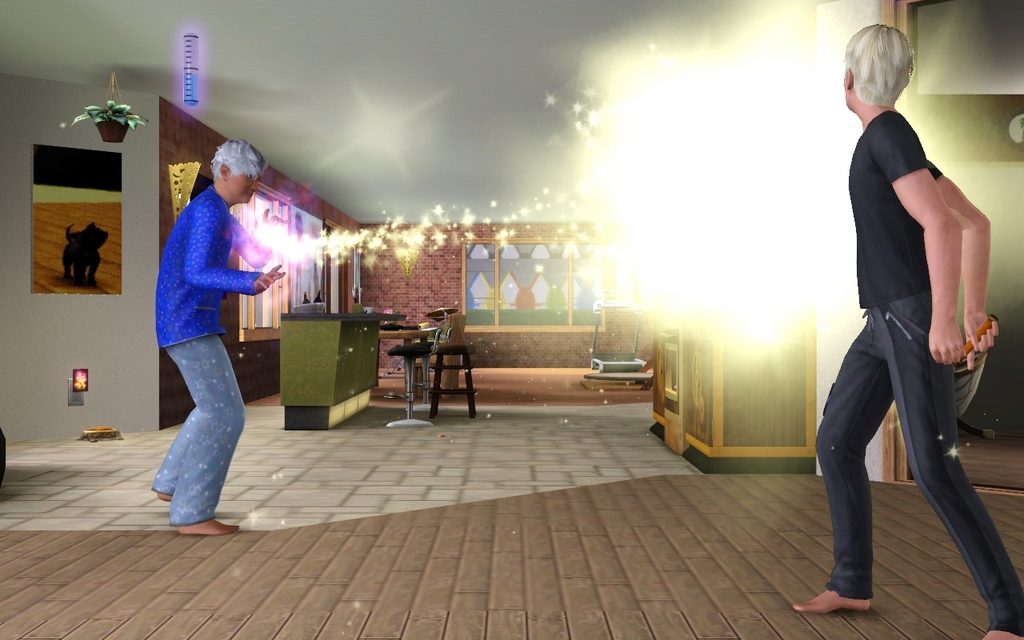 He still finds time for a duel with Liam. Liam wins (He should, he´s level nine, while Sebastian is about level three or something, but you never know). 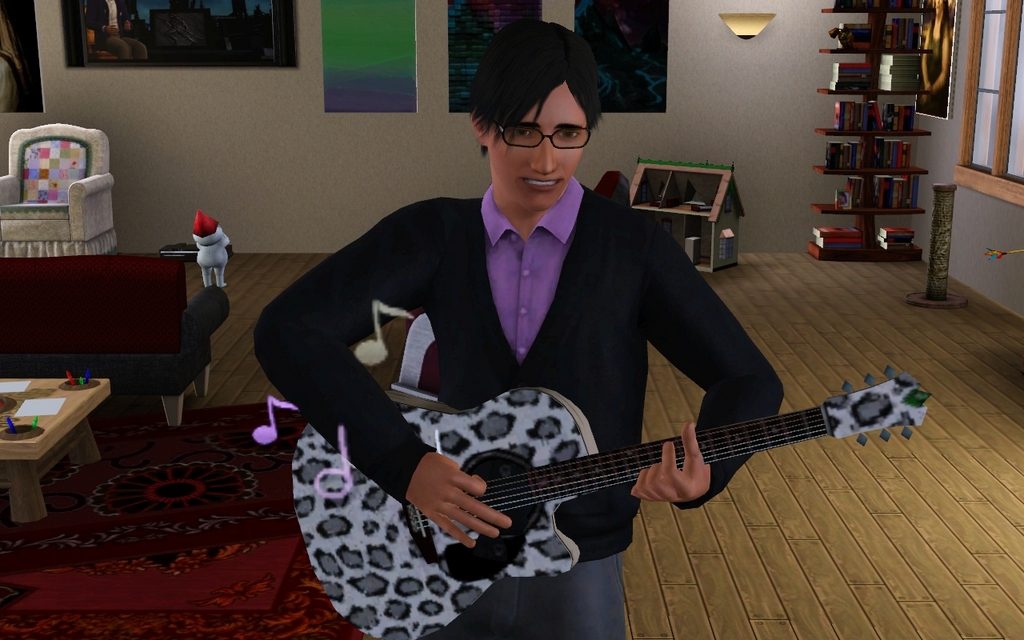 Scott practises his guitar skill for work. Actually, if I don´t stop him, he doesn´t do anything else than playing one instrument or the other all day. 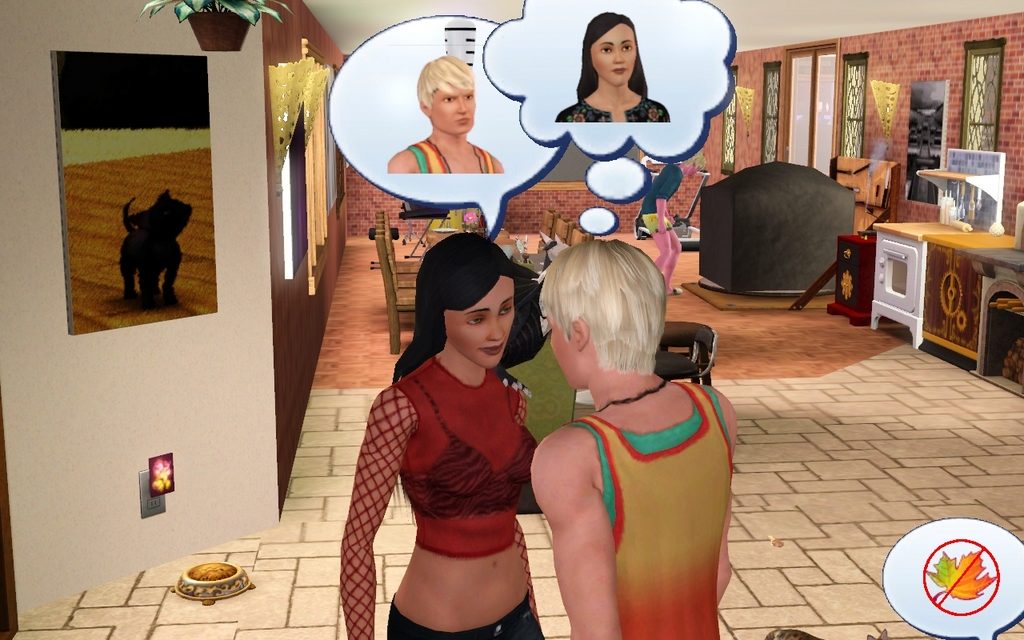 Back to flirting, eh? It´s okay, I have an idea. 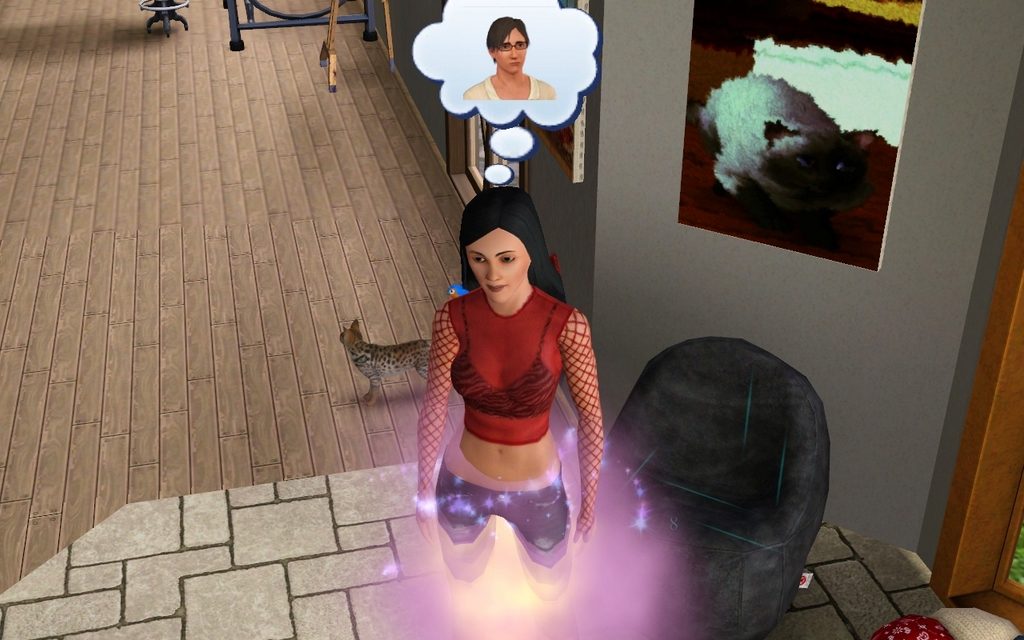 Now you want Scott, too? One is bad enough, but you definitely can´t have both. (At least not in this save. *Cough*) 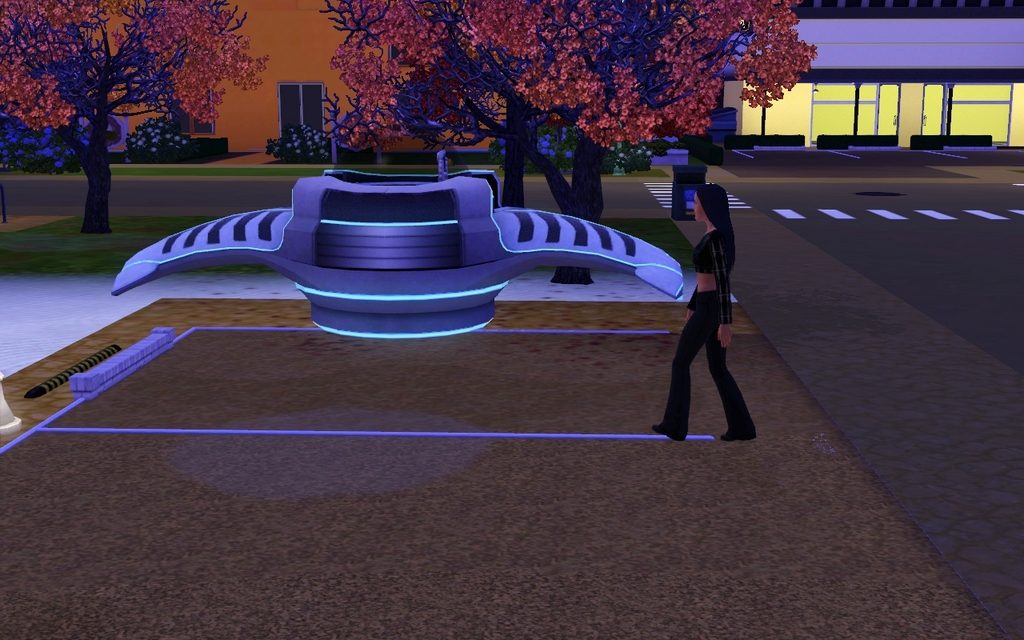 I send her to steal something instead. See that nice alien ship, Storm? 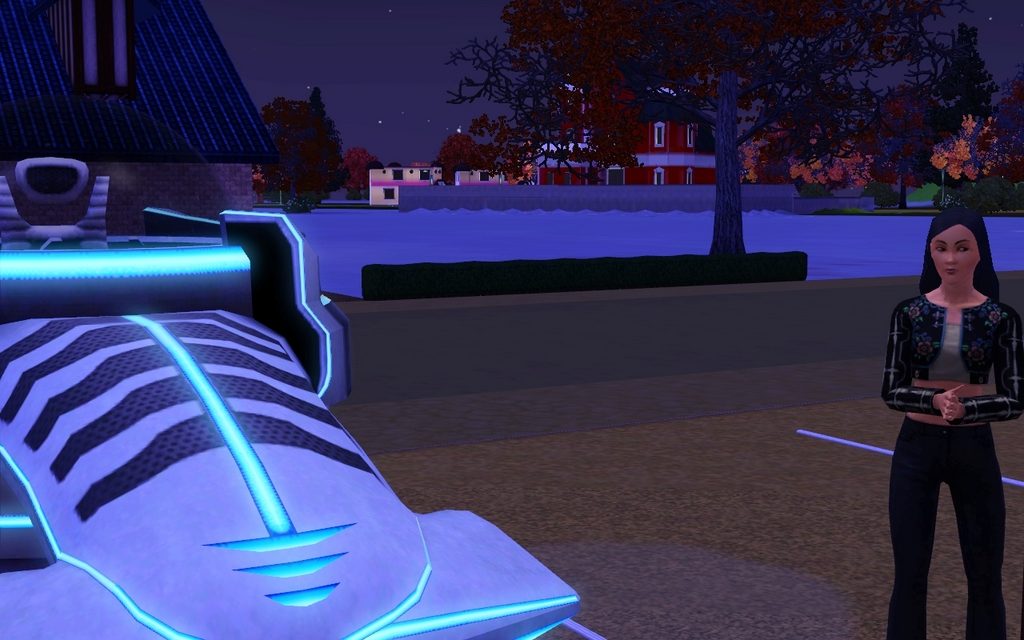 Storm: You mean, I should…? 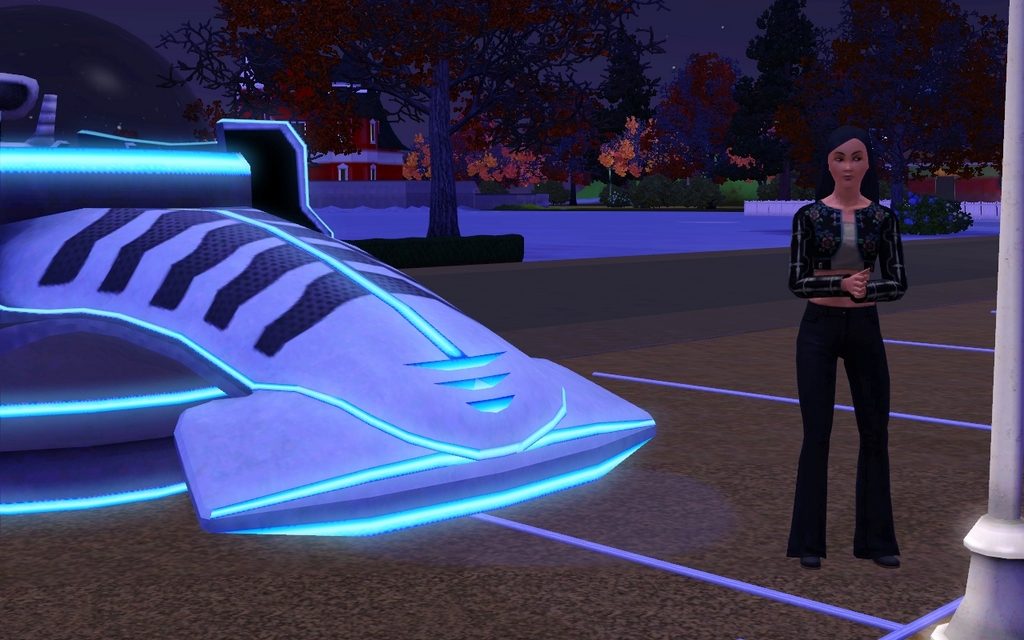 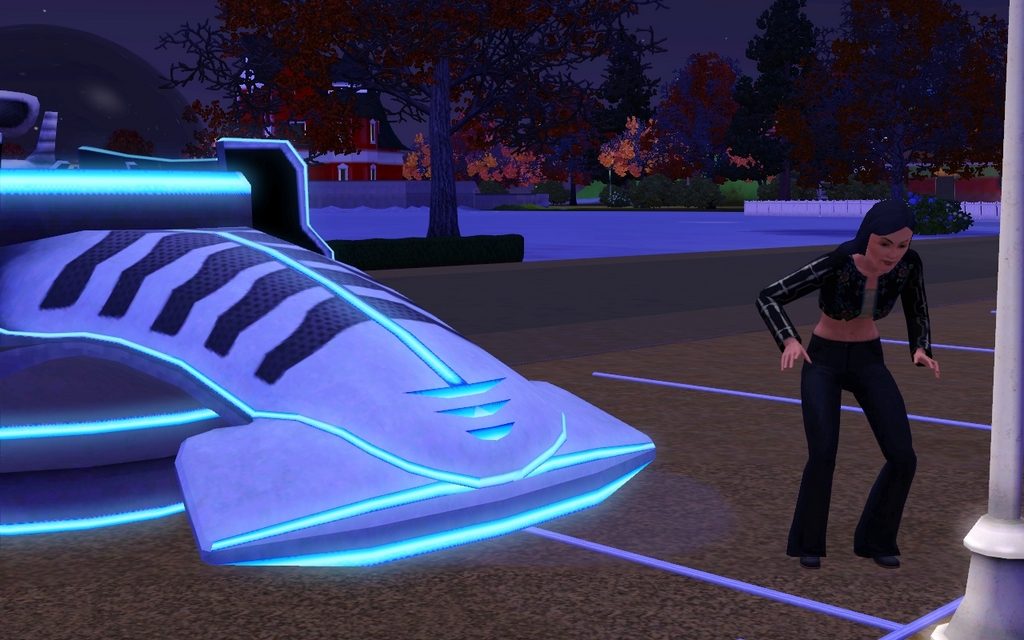 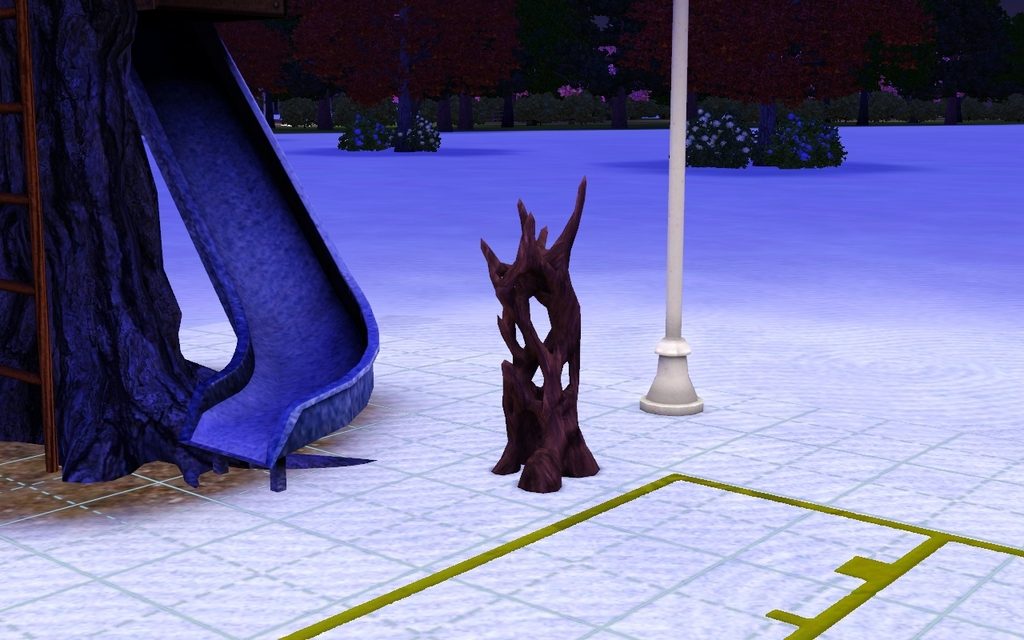 Of course she took the street lamp. It now illuminates the basket ball court. I also found this weird wood thingy in the inventory that she must have liberated somewhere else.