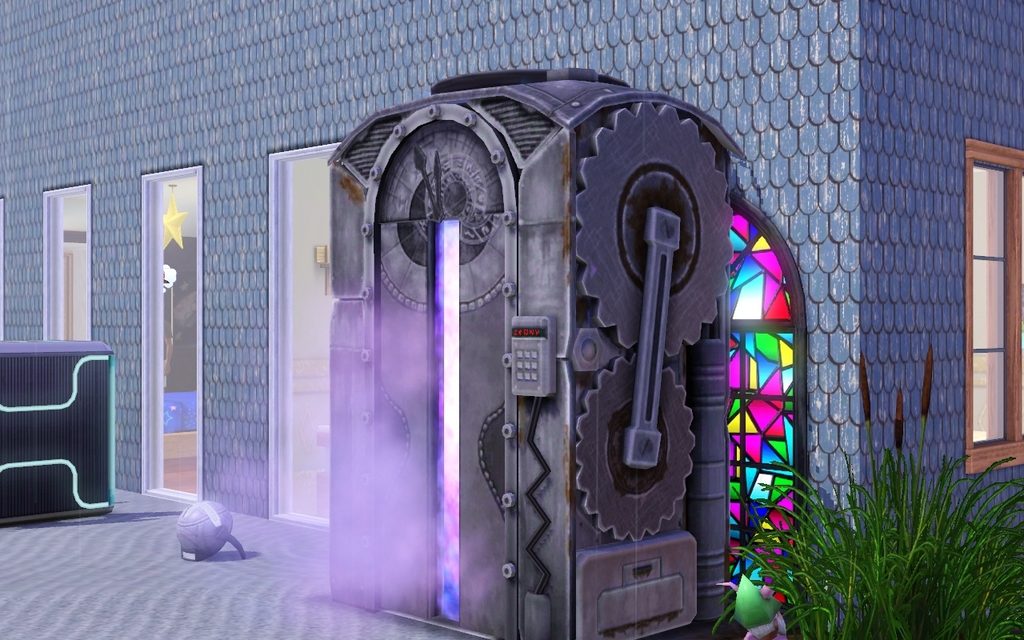 He takes a trip to the future.

There will be one to the past, but it´s too risky at the moment. 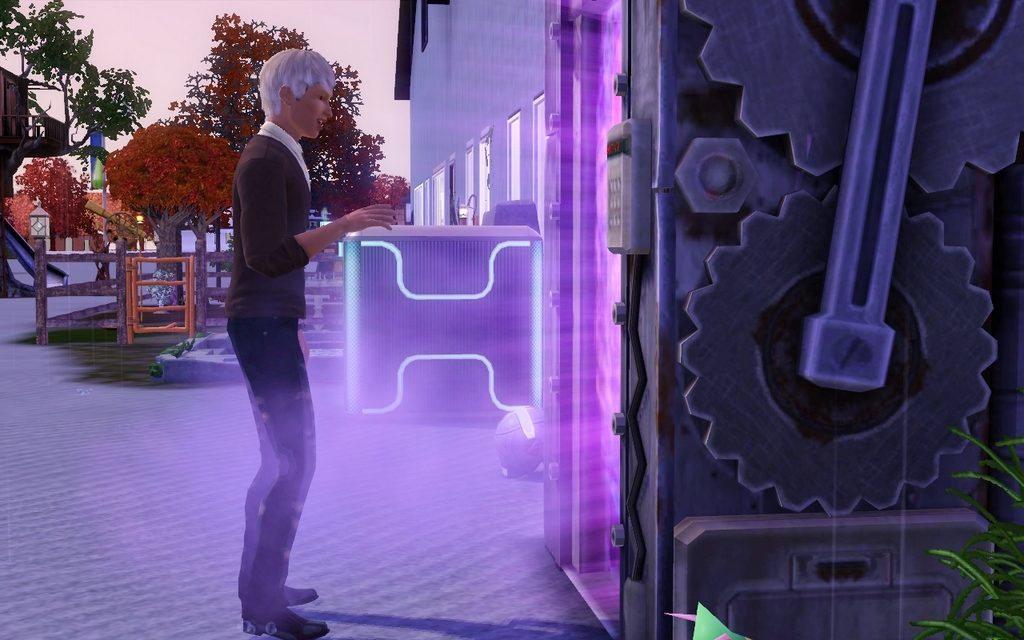 You never know, what could come out of the time machine, if you travel to the past. 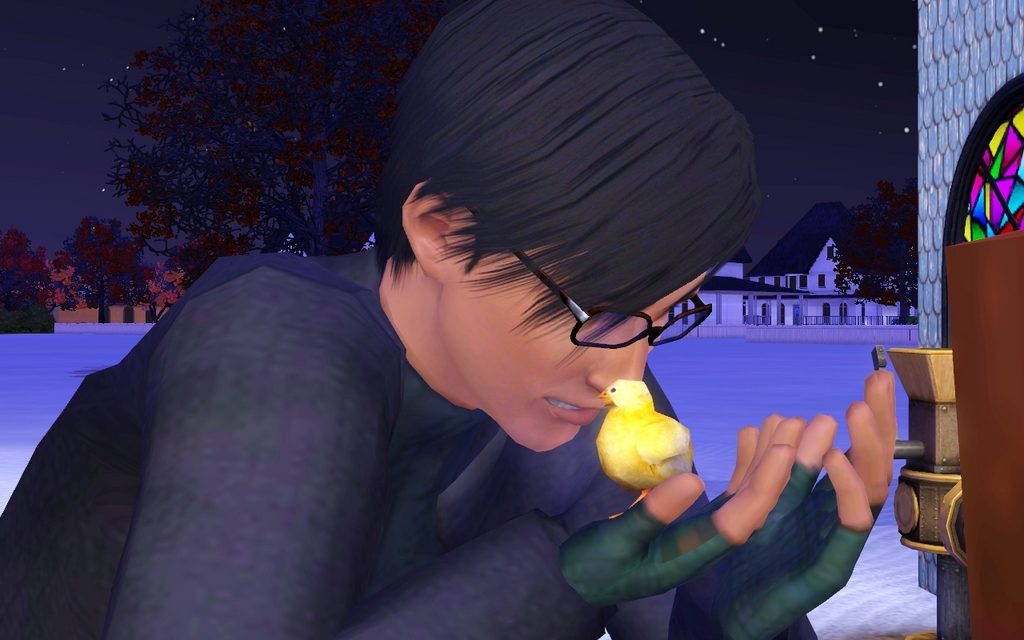 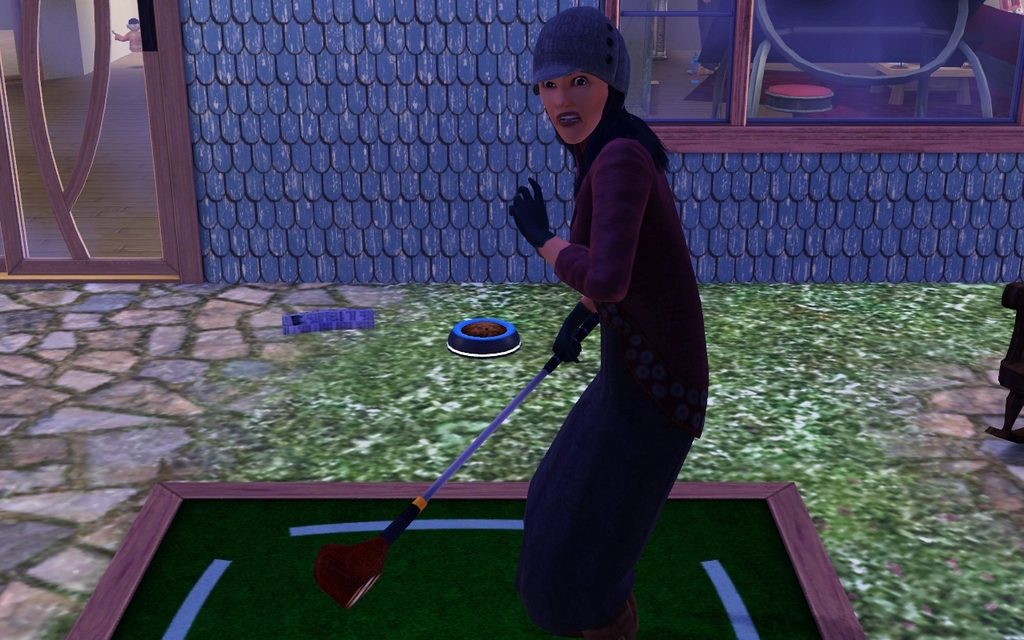 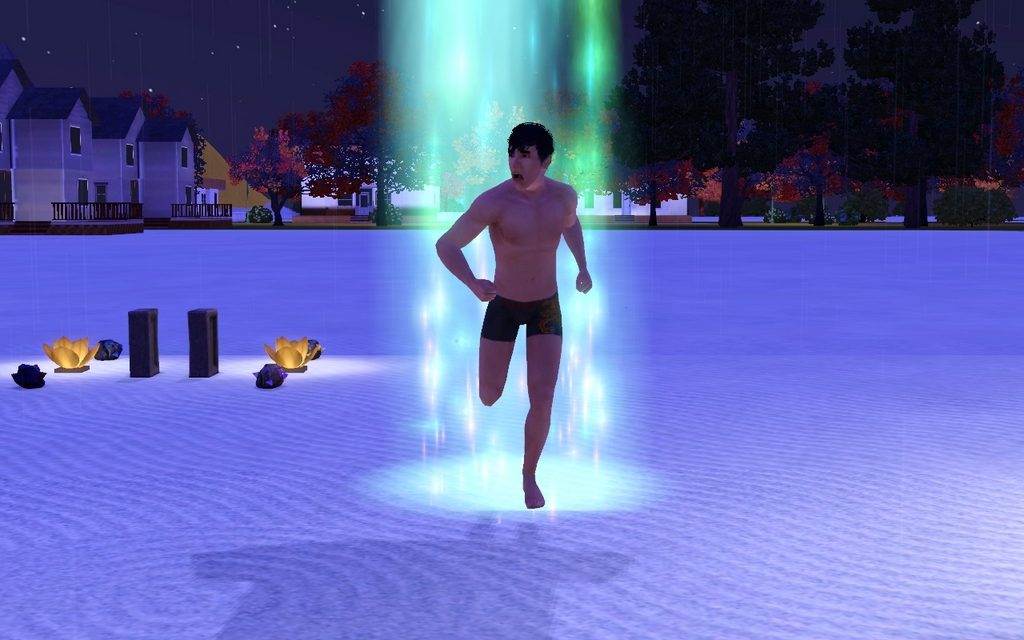 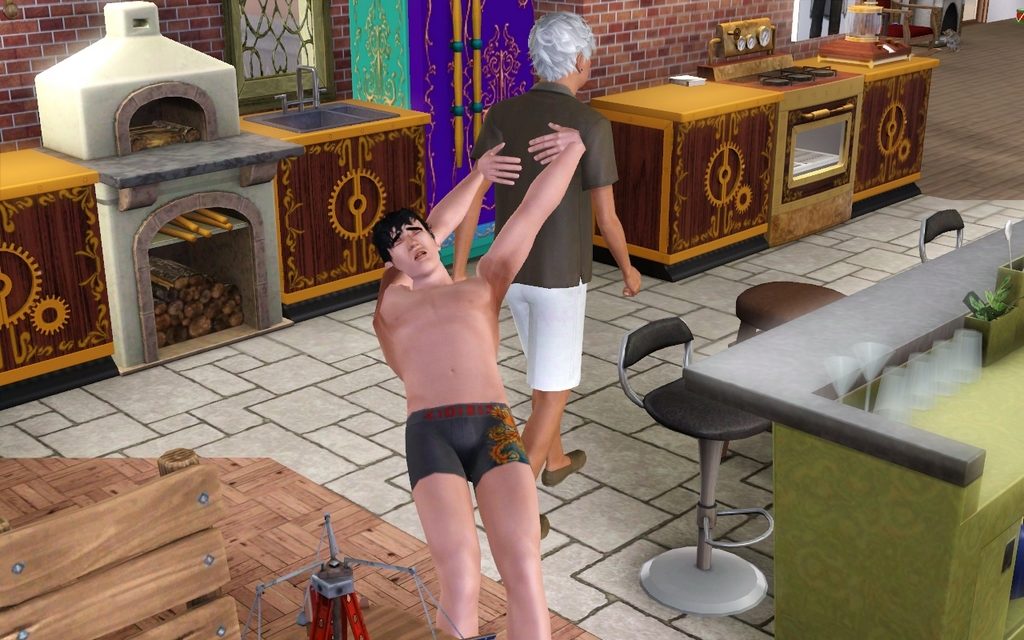 No alien baby, but he comes back horribly distorted.

(Ok, no, this is a dip kiss animation gone wrong. Liam kinda wandered absendmindly off in the middle).

Mortimer: Honey, can you help me out? I think, I´m stuck. 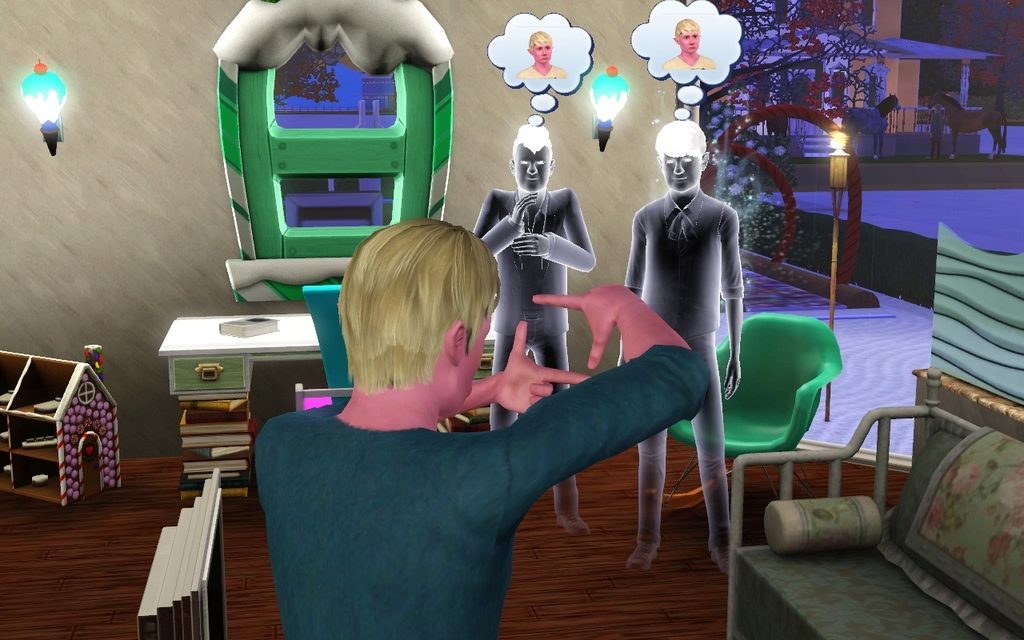 Stoutland got a bit stir crazy and I let him visit the graveyard. 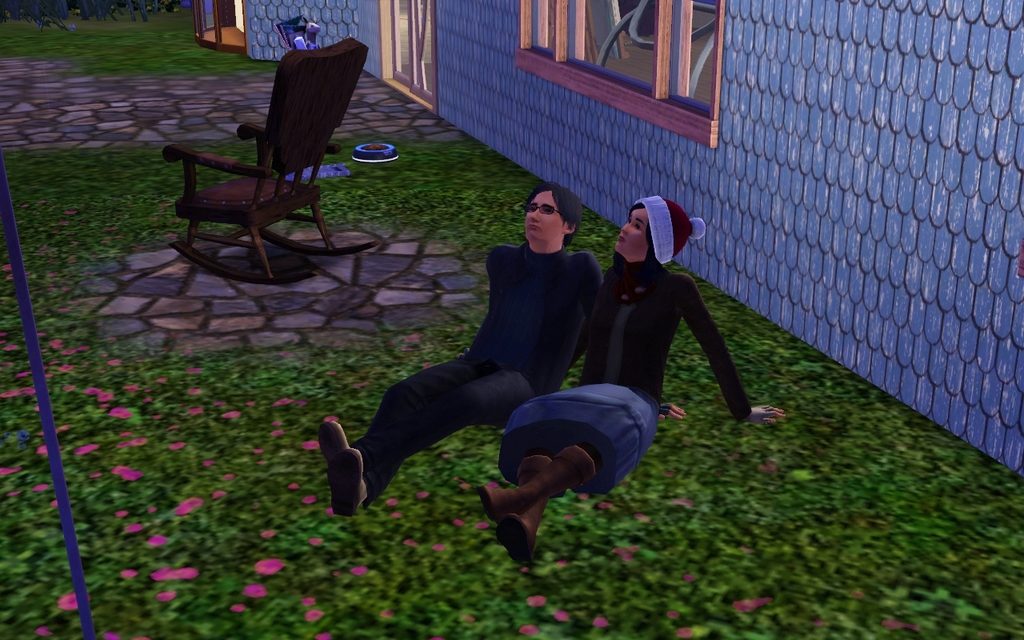 WHAT is this supposed to be??? 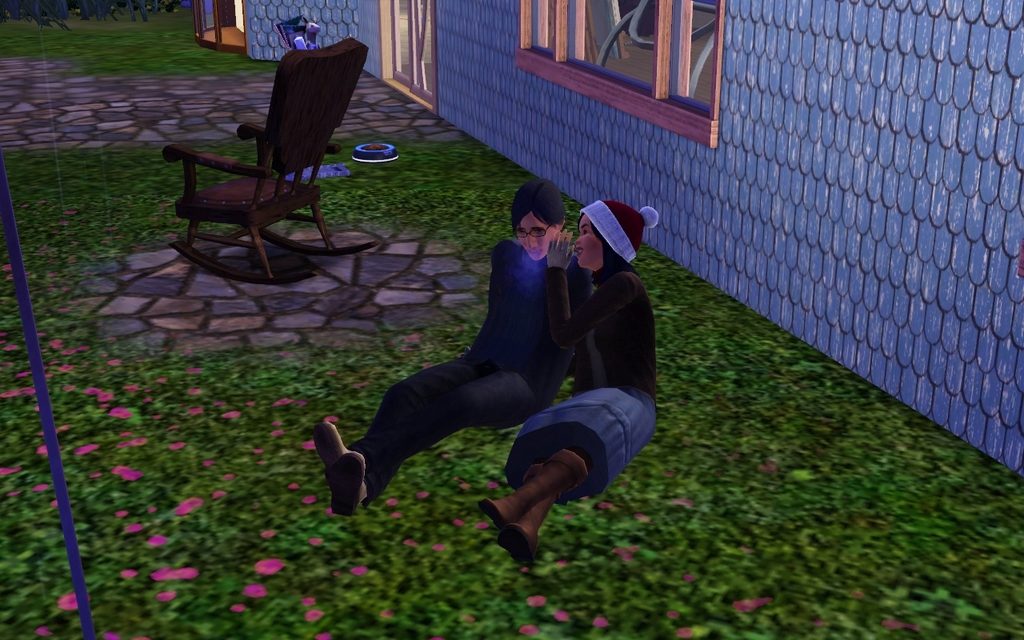 Crystal: You think, we got her?

Scott: We totally got her. 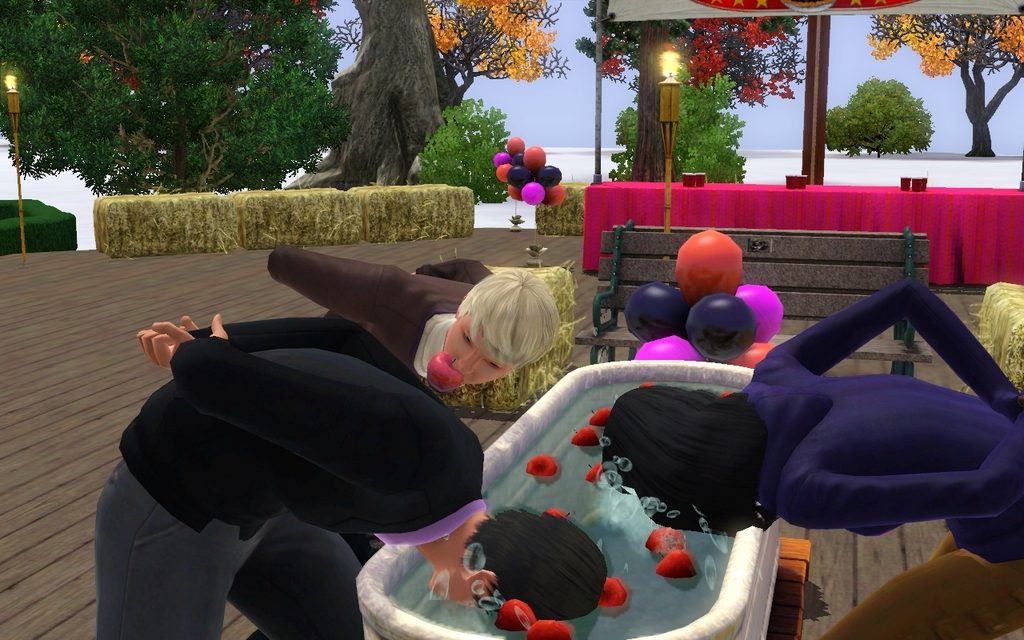 Some fun at the fall festival. 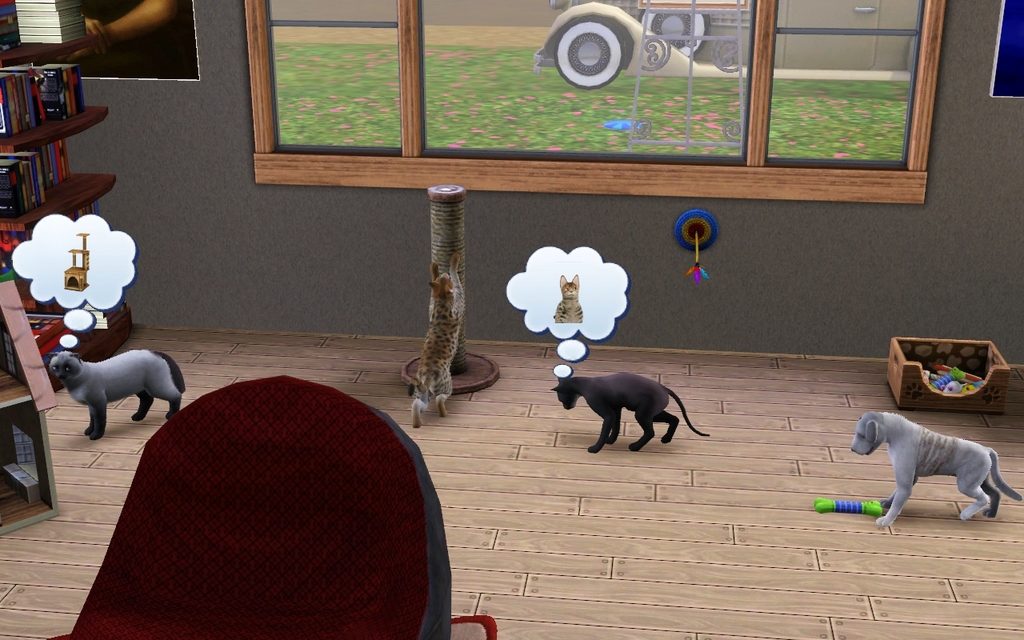 Lots of pets. Only two are mine. 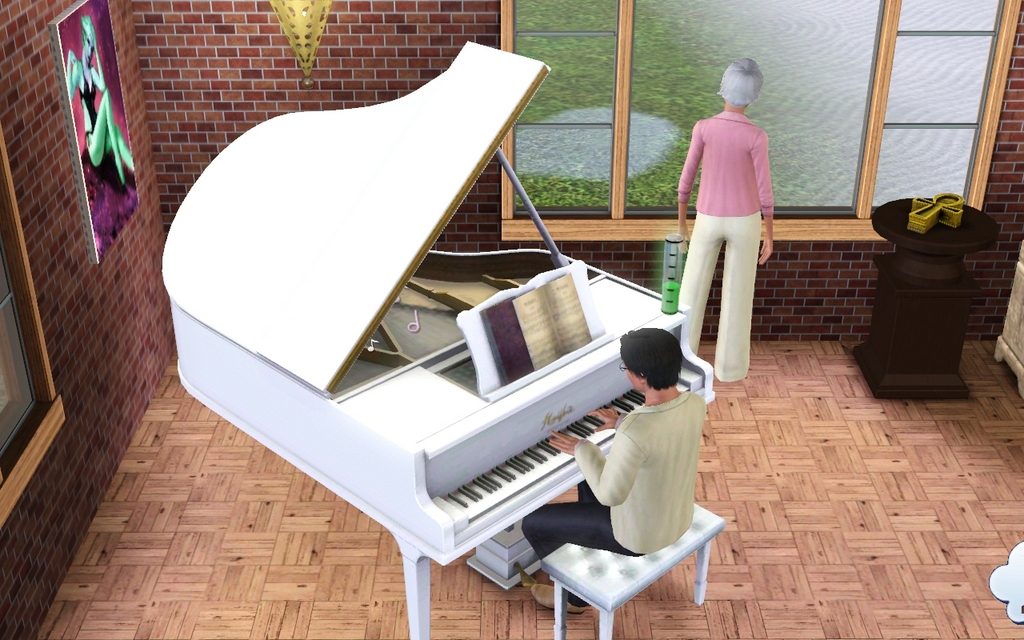 I bought Scott the grand piano. 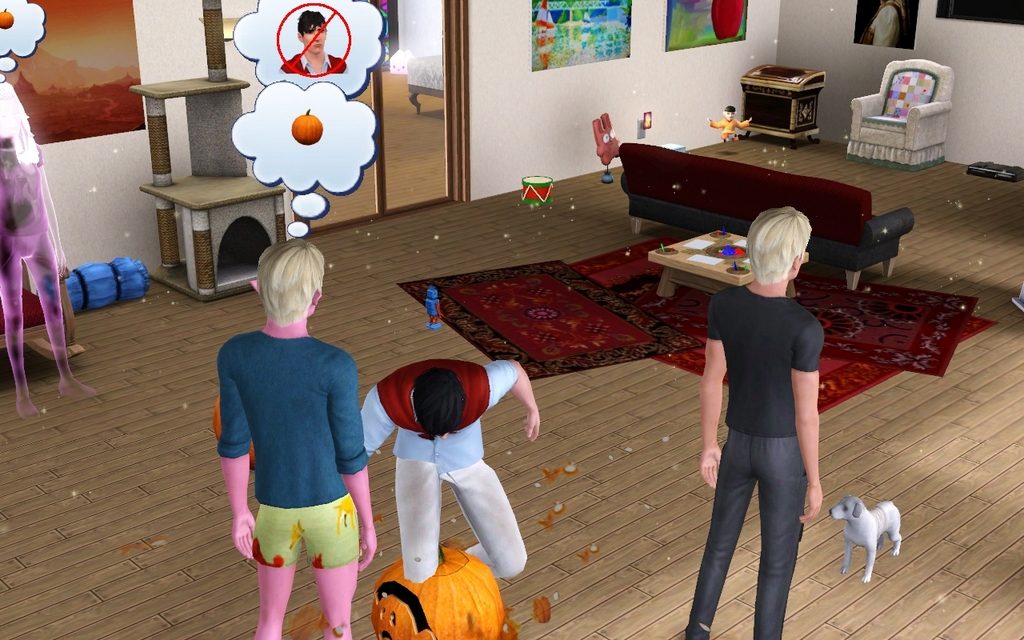 In the morning, Mortimer shows his grumpy side. Stoutland is outraged. 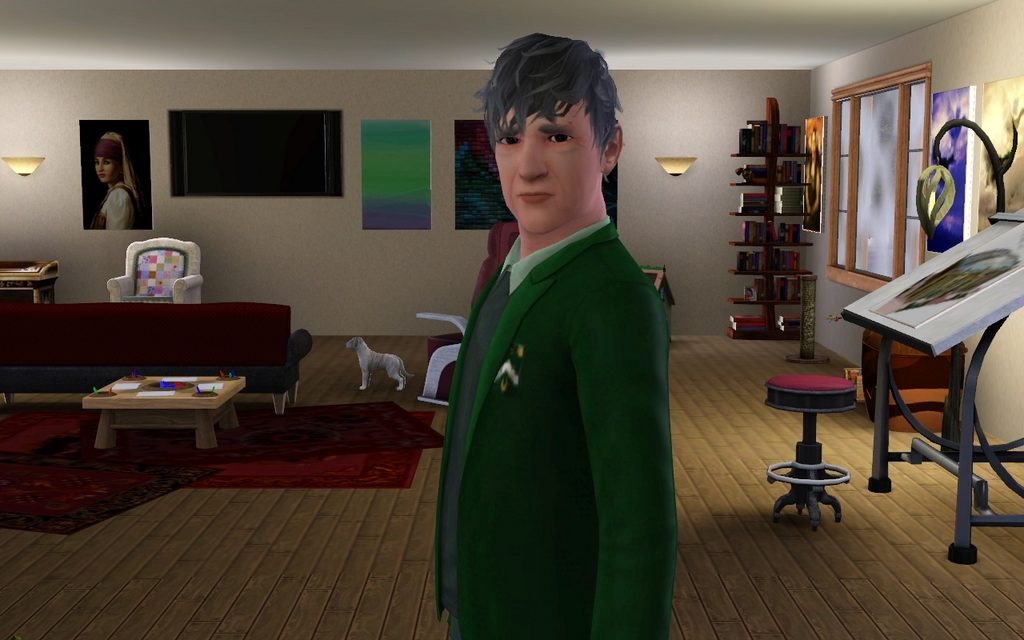 Mortimer: What do you think? 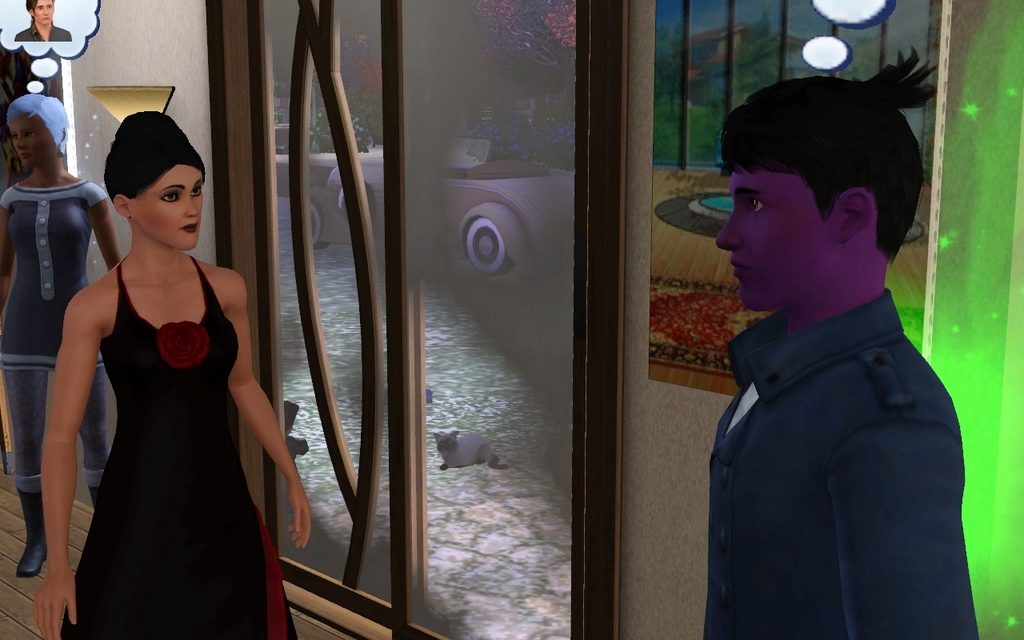 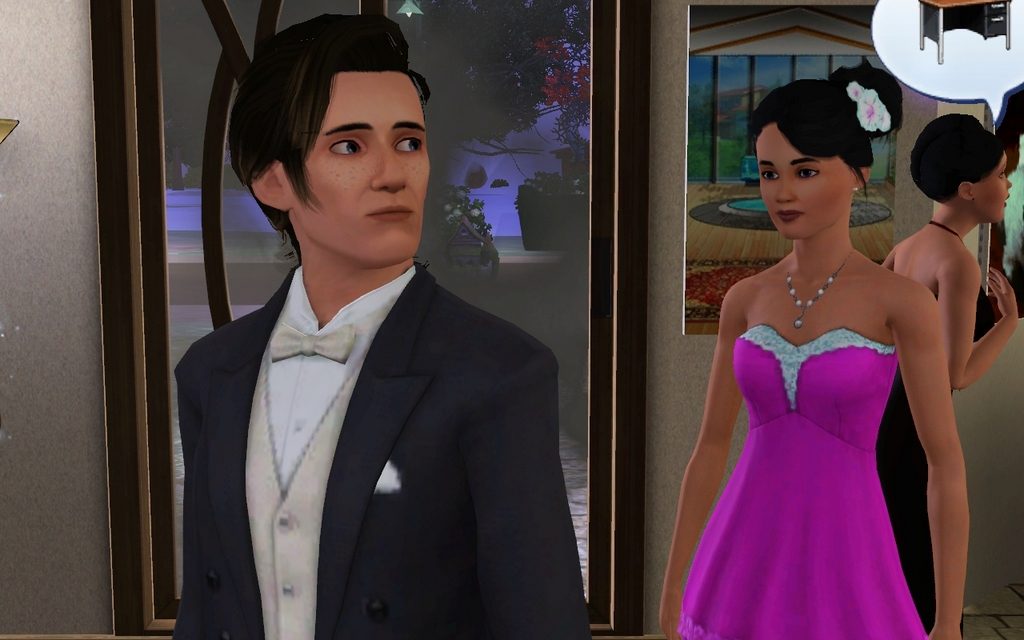 Benito has only eyes for you, Crystal, so will you stop flirting with every man in this house? 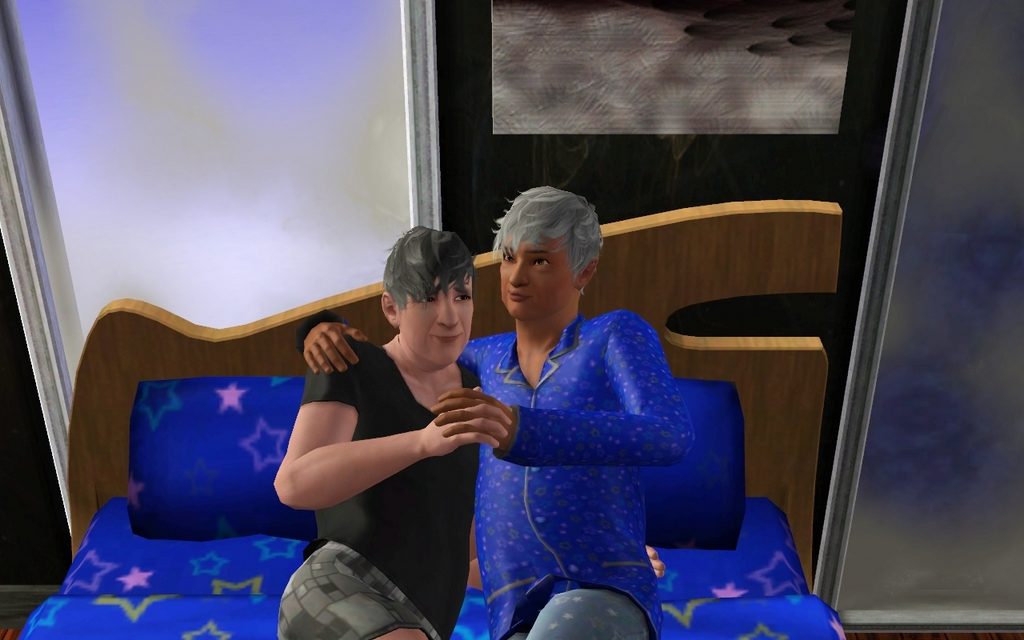 Liam and Mortimer celebrate in privat after the guests are gone. 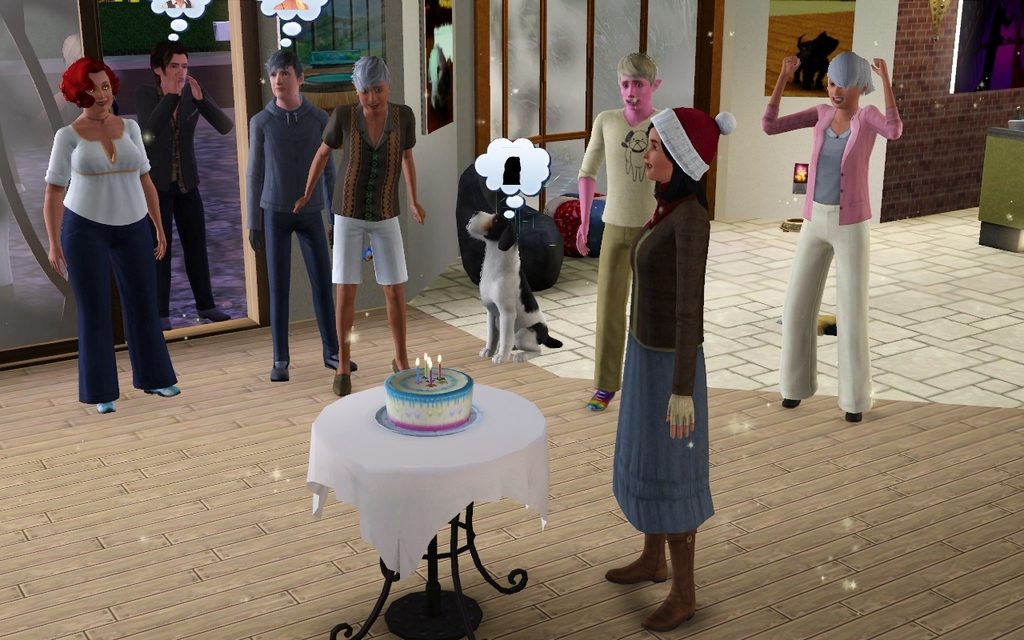 Crystal ages up to adult. 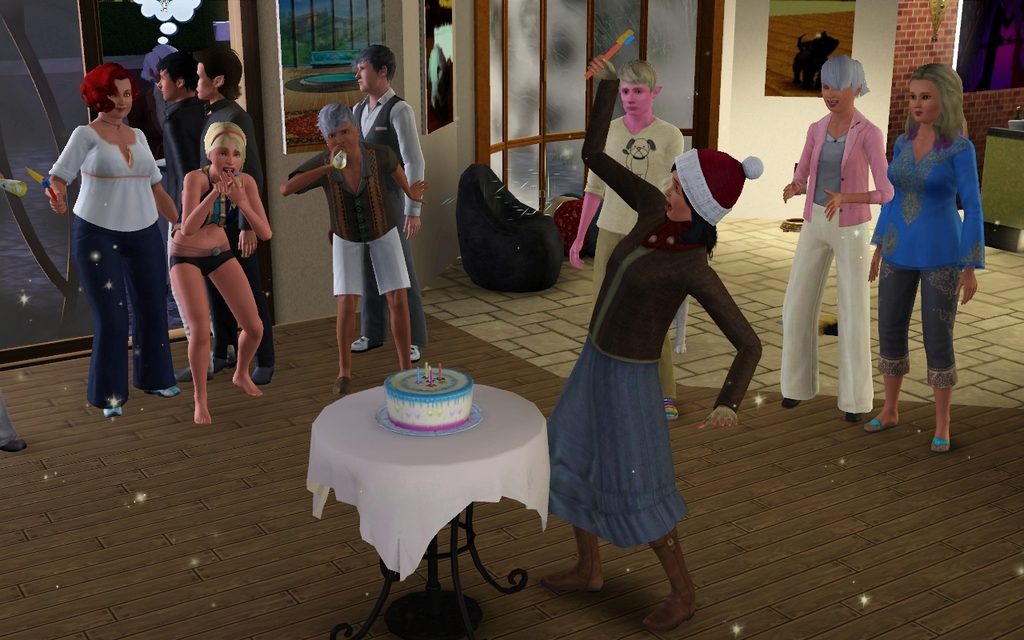 She doesn´t look any different and I forgot to take a picture. 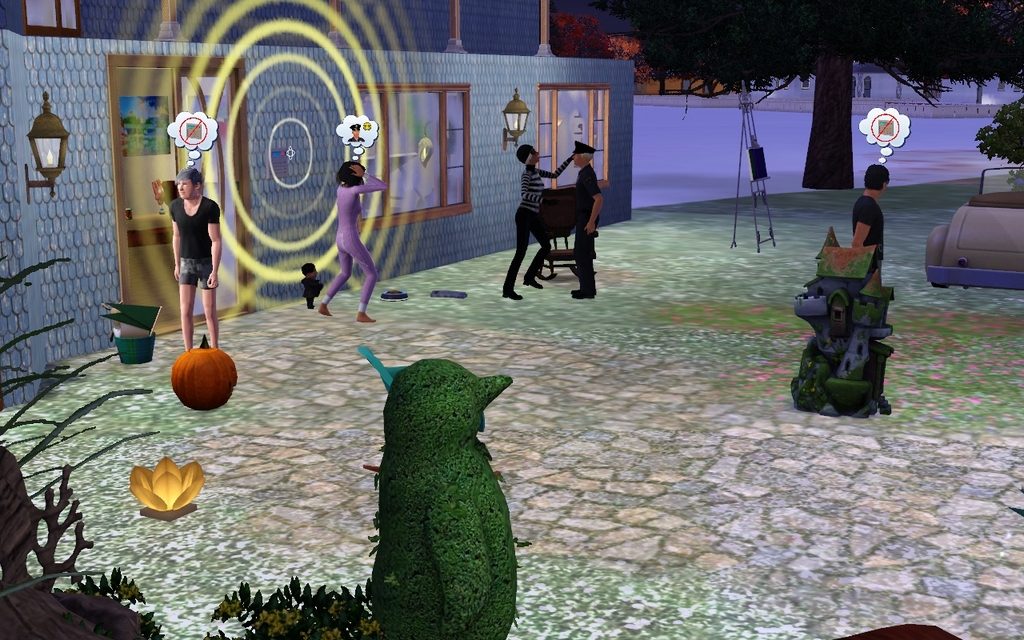 There´s a burglar after the party. 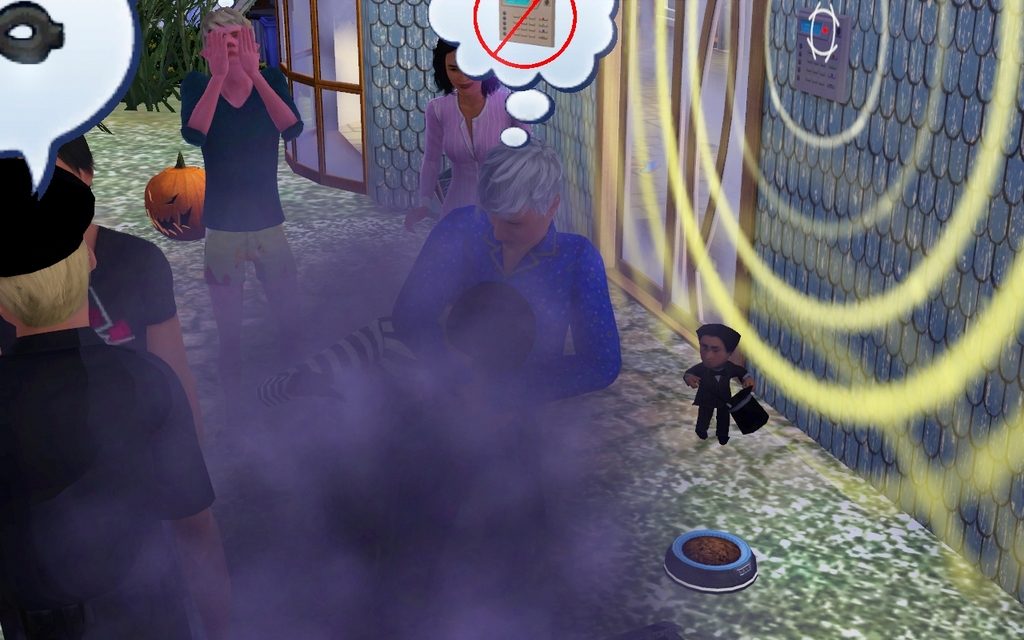 The police officer sucks, so Liam has to take things in his own hands. 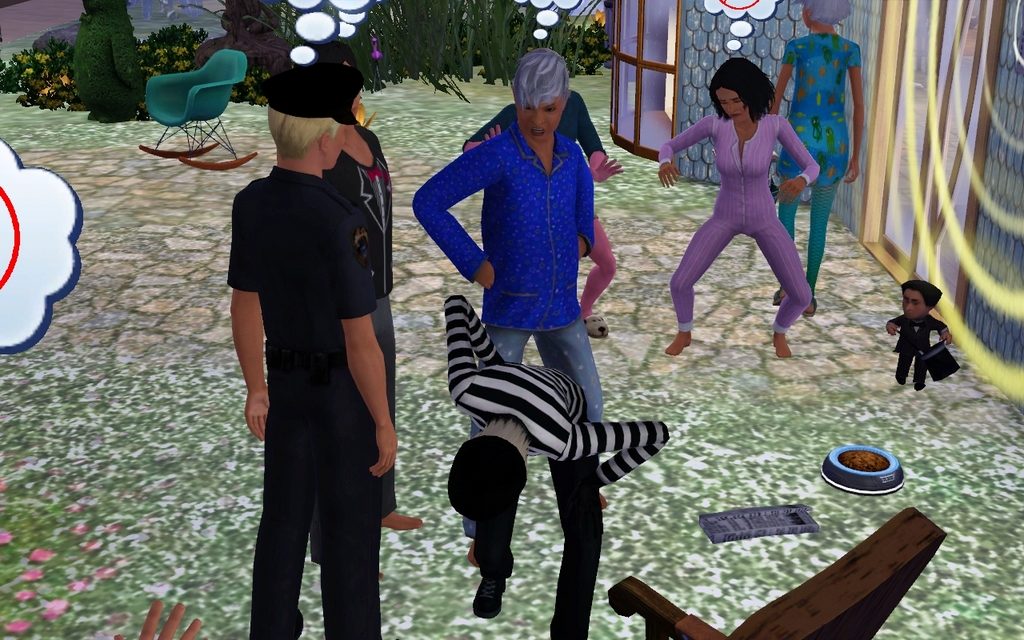 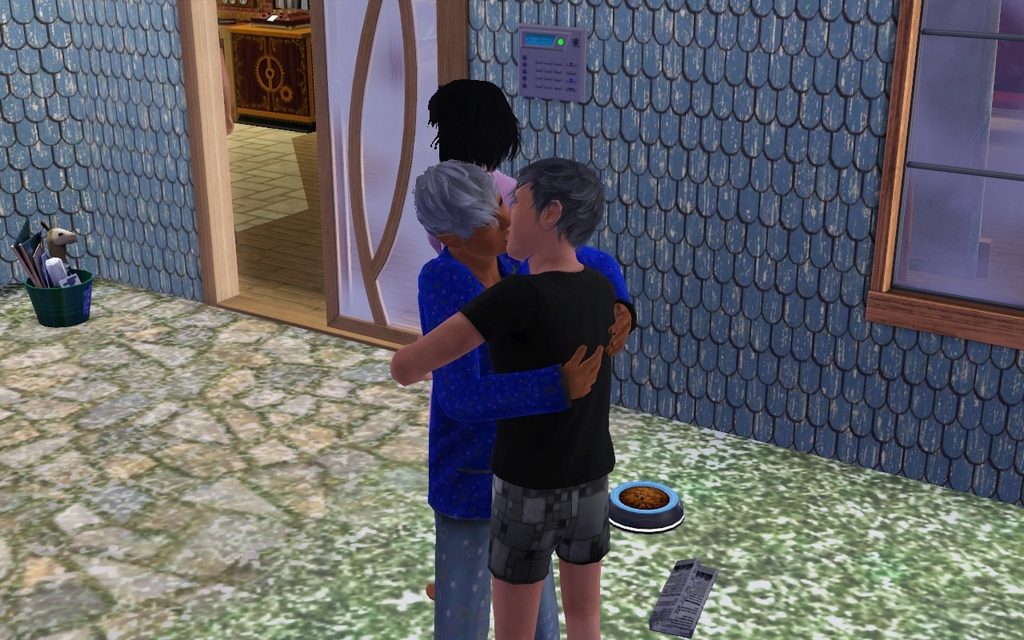 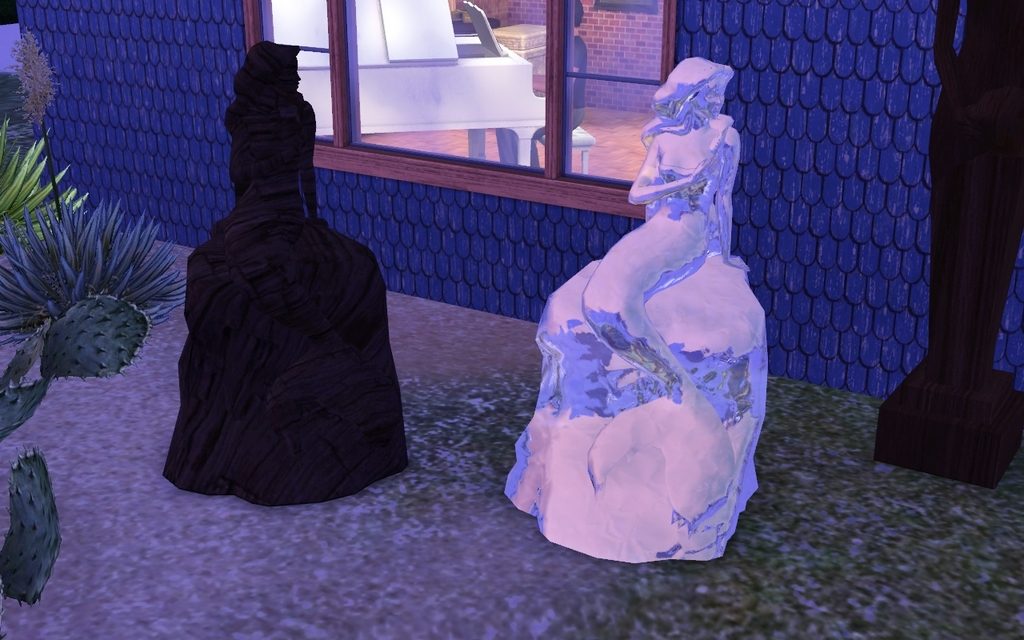 Another beautiful ice sculpture that will melt. Is this a metaphor, or something? 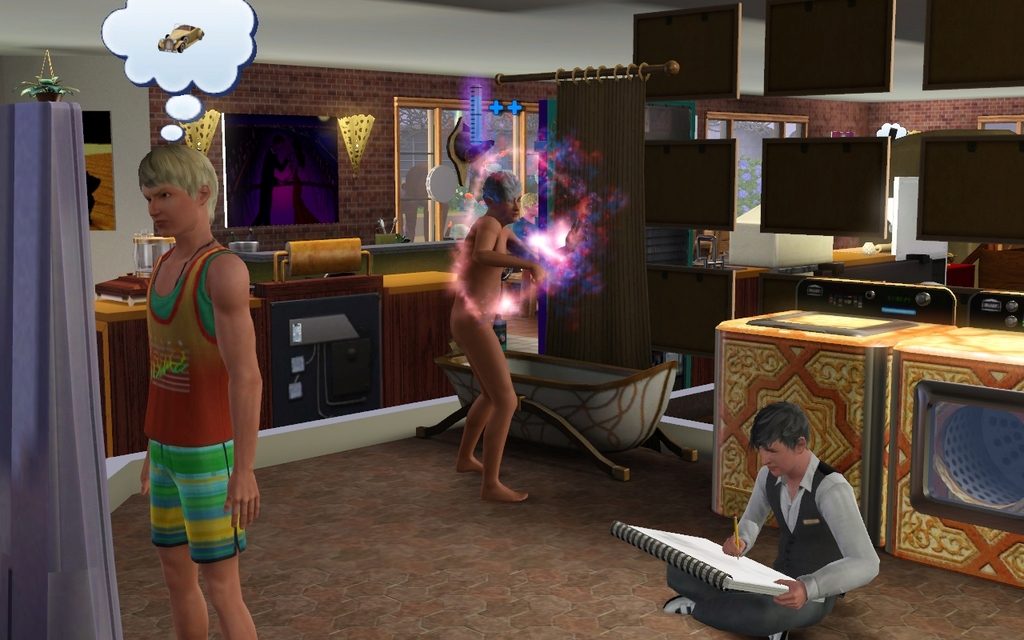 I don´t even know what´s going on here.