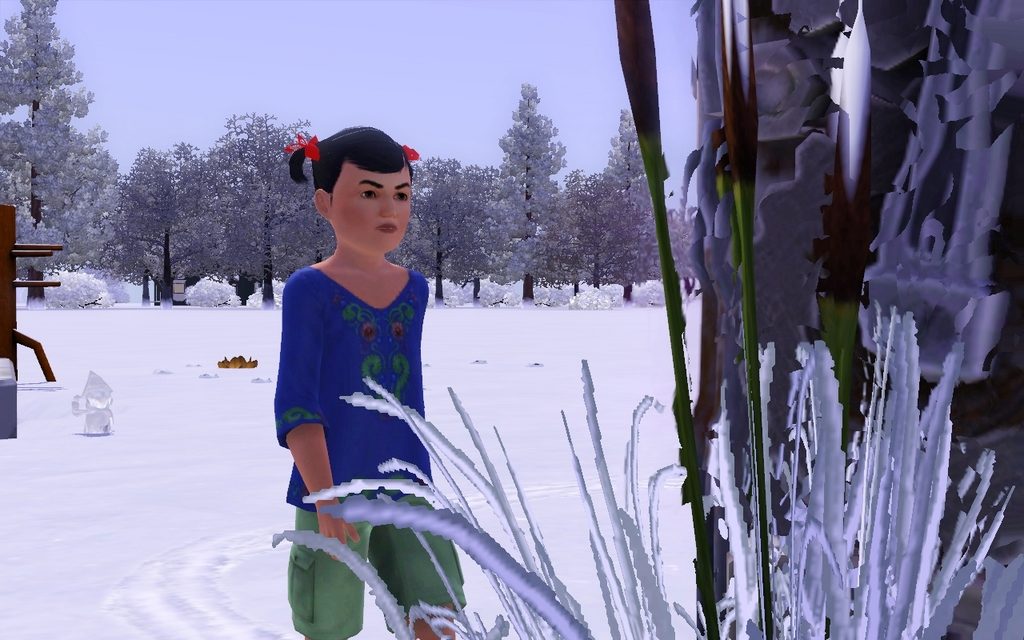 Sooo, I don´t want Sebastian and Storm to have children together, because then my three lines would become two. Sebastian makes a trip to the past and look, what comes out of the time machine a while later!

This is Ingrid, she´s a loner and excitable. She´s also a witch. 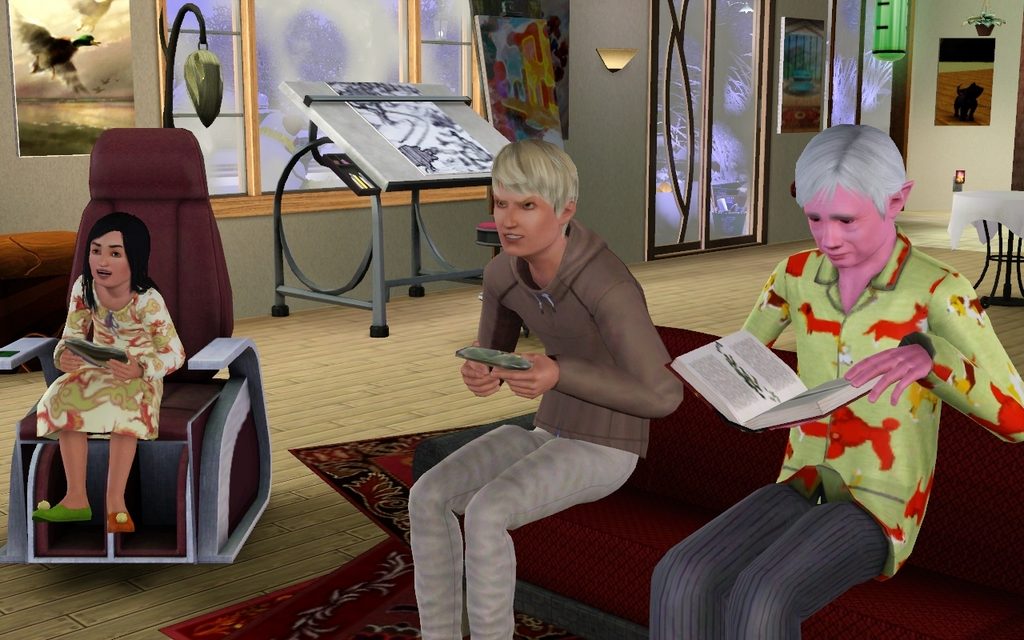 She quickly acclimates to the gadgets of the modern time. 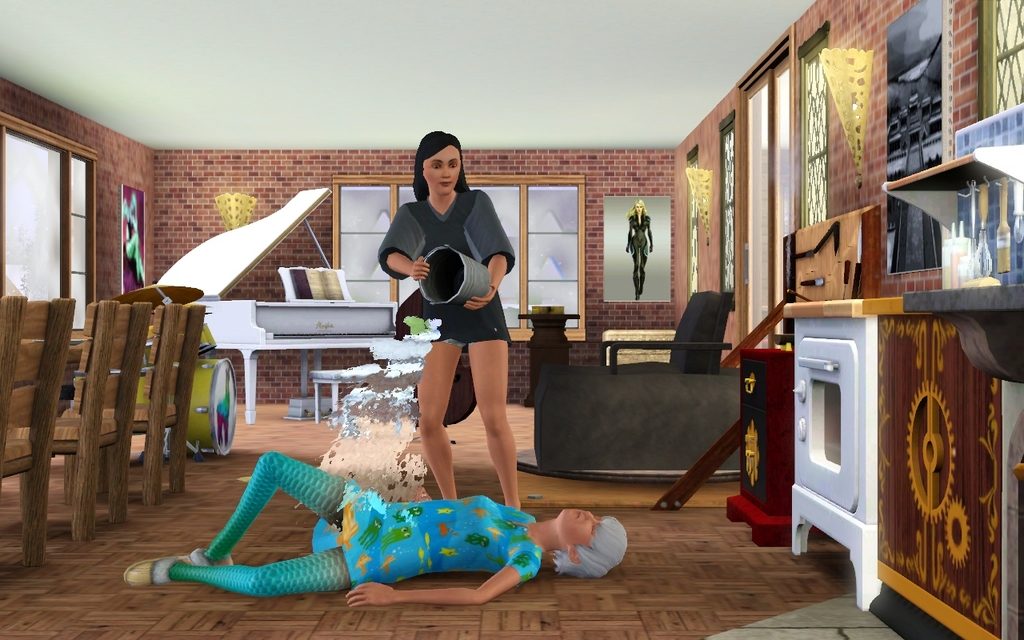 Arielle suddenly stops taking care of her needs, and faints because of dehydration. Storm comes to the rescue. 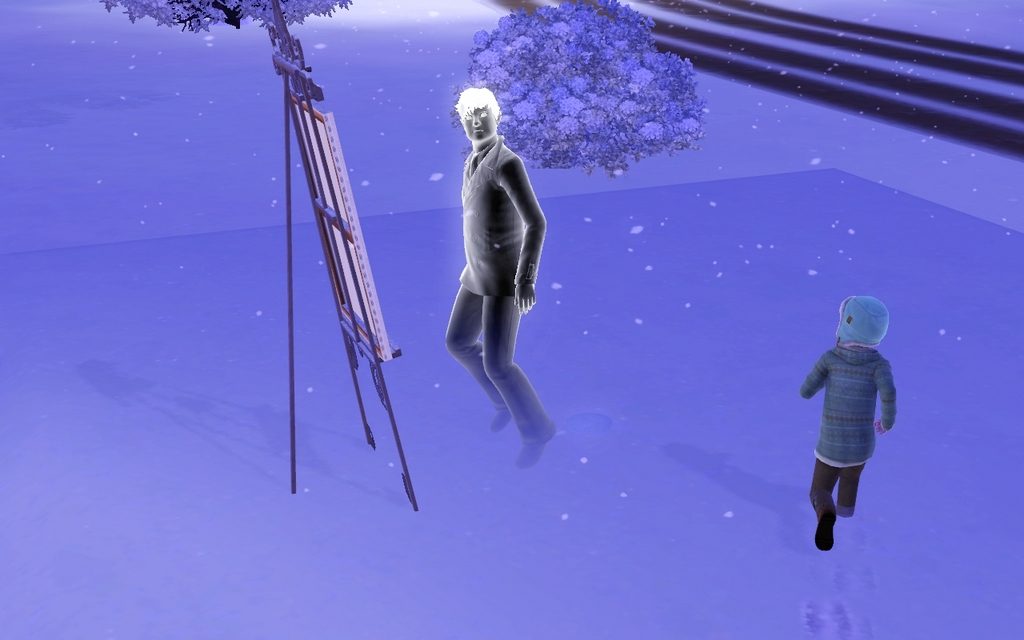 Oh, no, Liam! That´s not fair, he only was one or two days over the set 128 days. Normally, my sims live much longer. 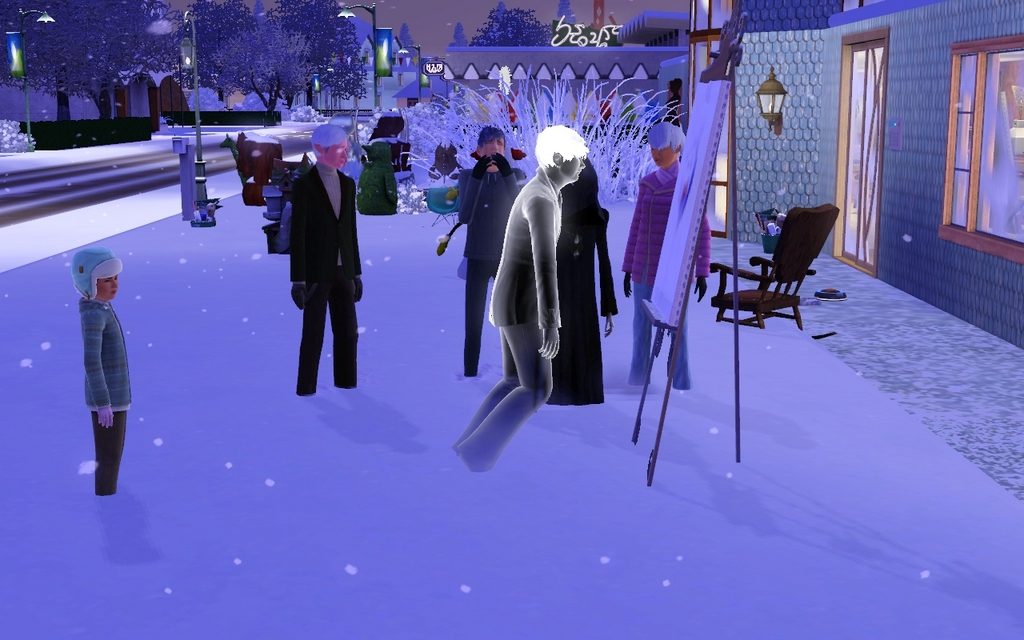 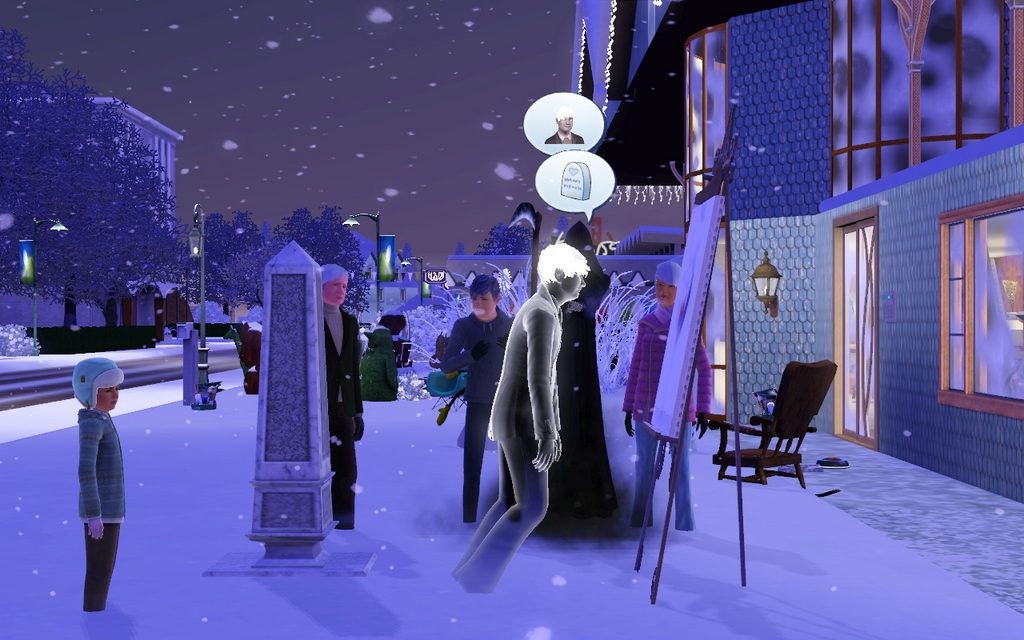 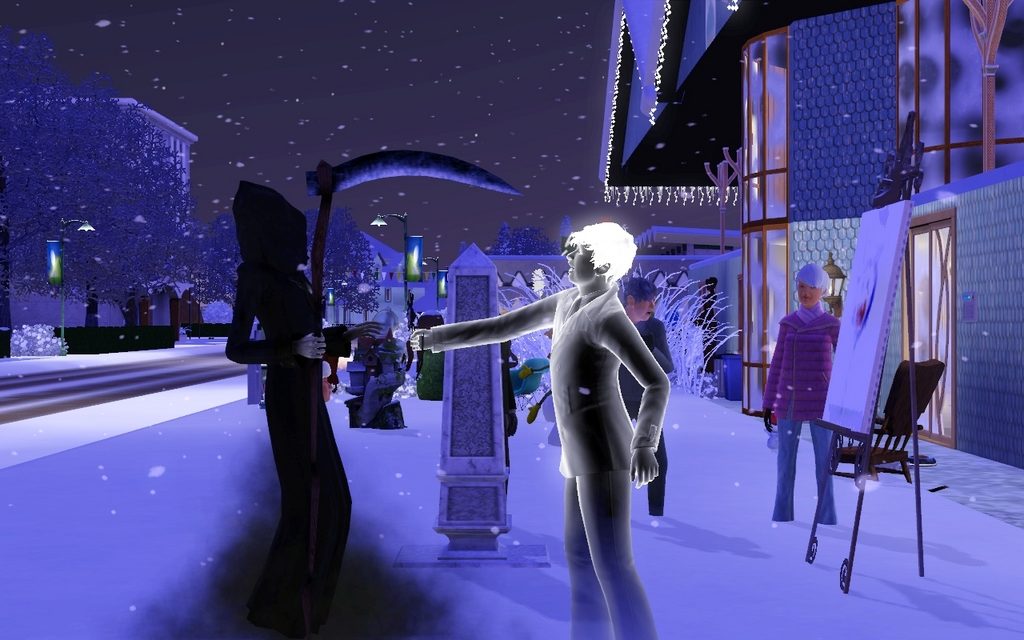 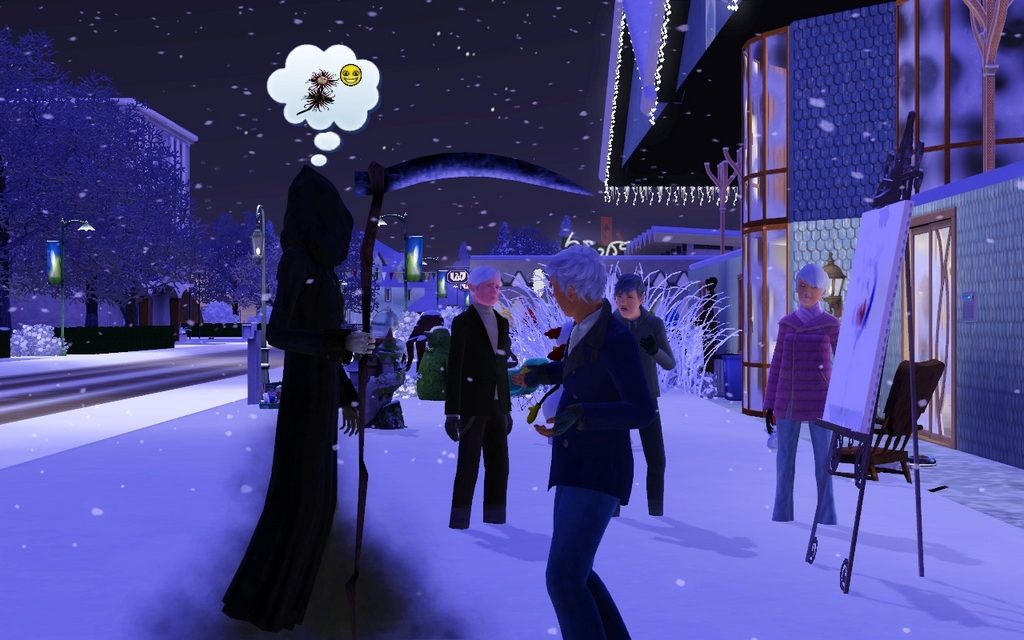 Normally, I remove the death flower from their inventory when they become elders. Liam was still doing his dangerous shows, so I left it in there. And then I forgot. 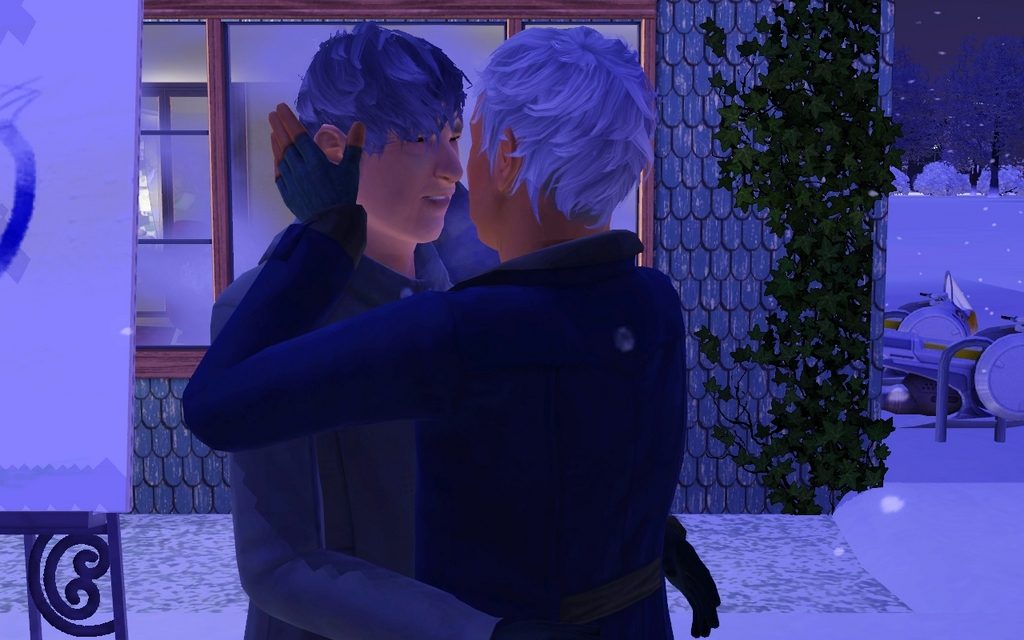 Ah, well, Mortimer is happy. Liam´s age was reset to the beginning of elder status, but I adjusted it, so they are roughly the same age again. 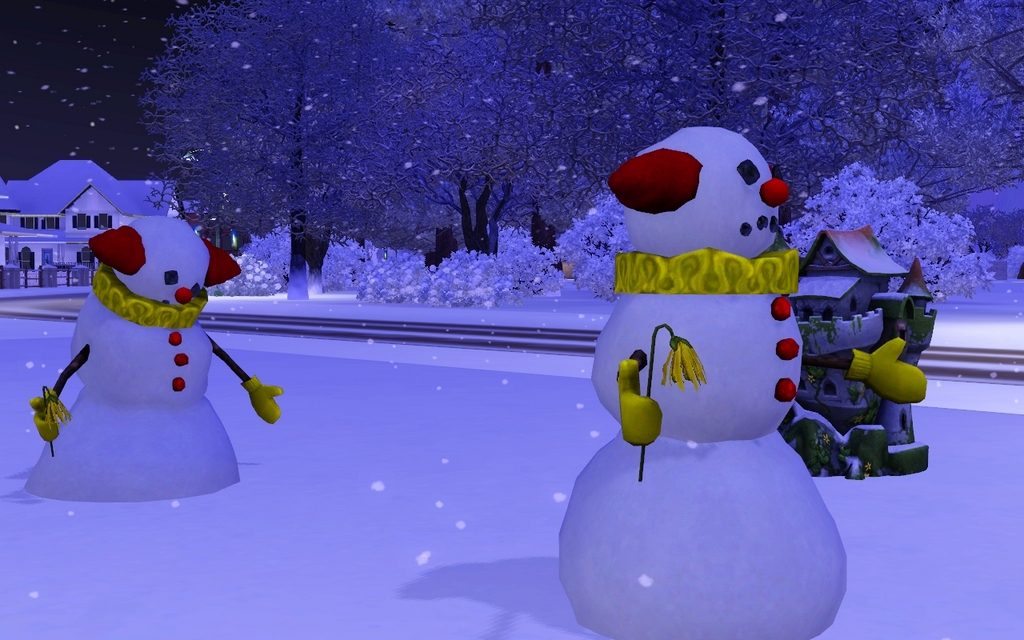 Don´t know, who built these. 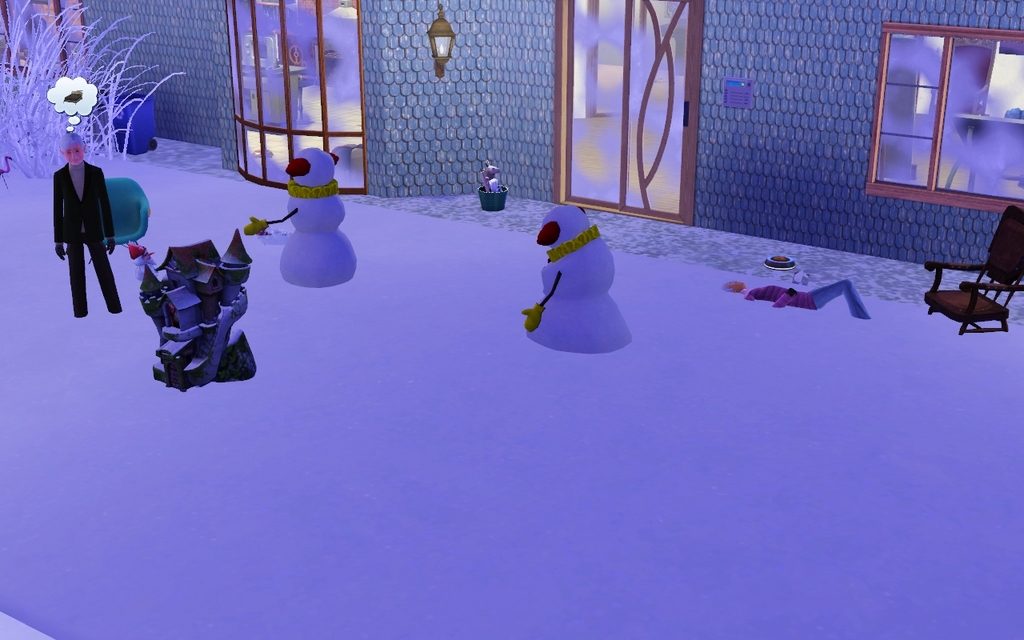 Stoutland, your wife is laying in the snow, slowly dying of dehydration. You wanna do something about it?

Don´t you need someone for that?

That´s nice, so you like your wife, yes? About that dying of dehydration… 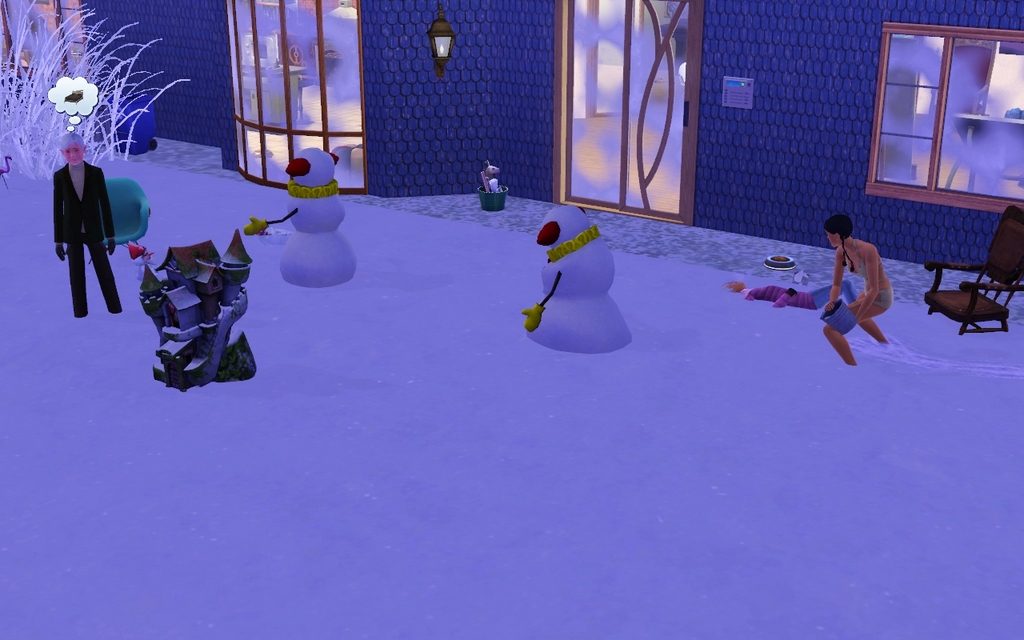 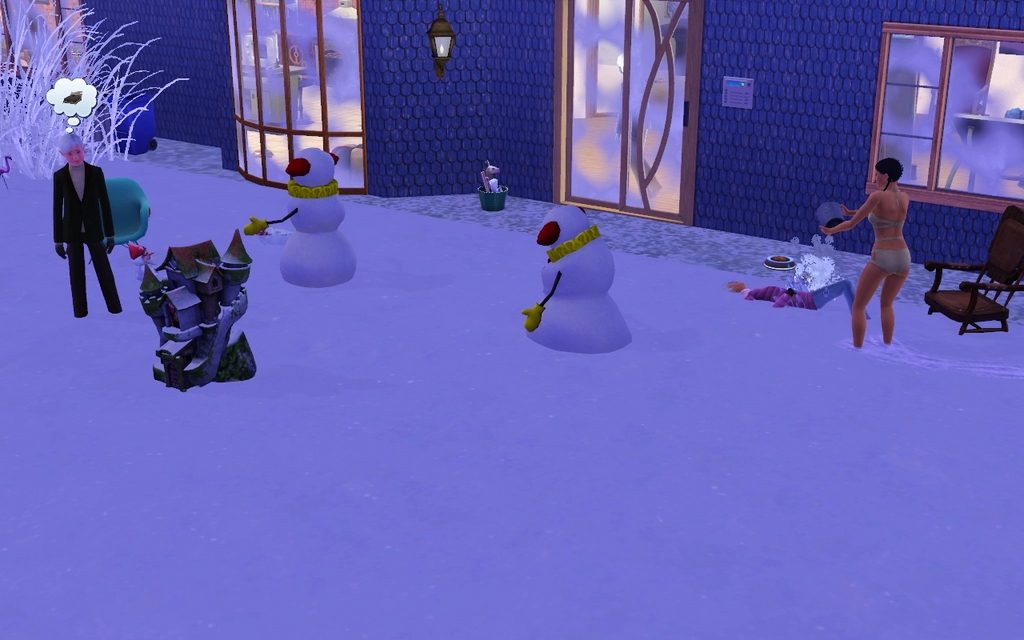 Storm interrupted her hot-tubing to throw water on Arielle autonomously. 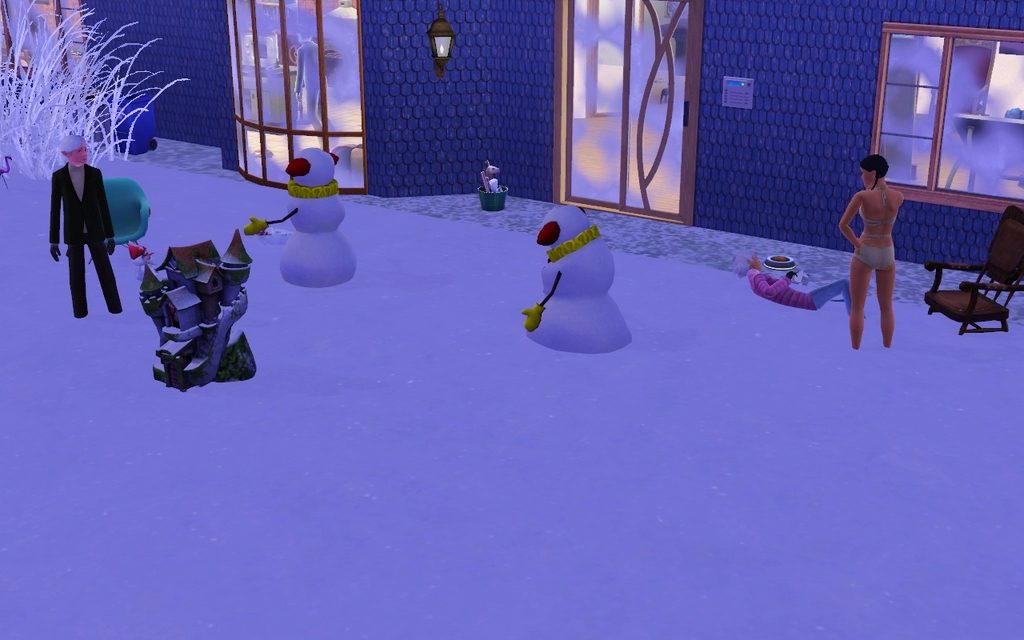 Storm: Say, old man, are you senile or something?

Stoutland: Huh? Did something happen? 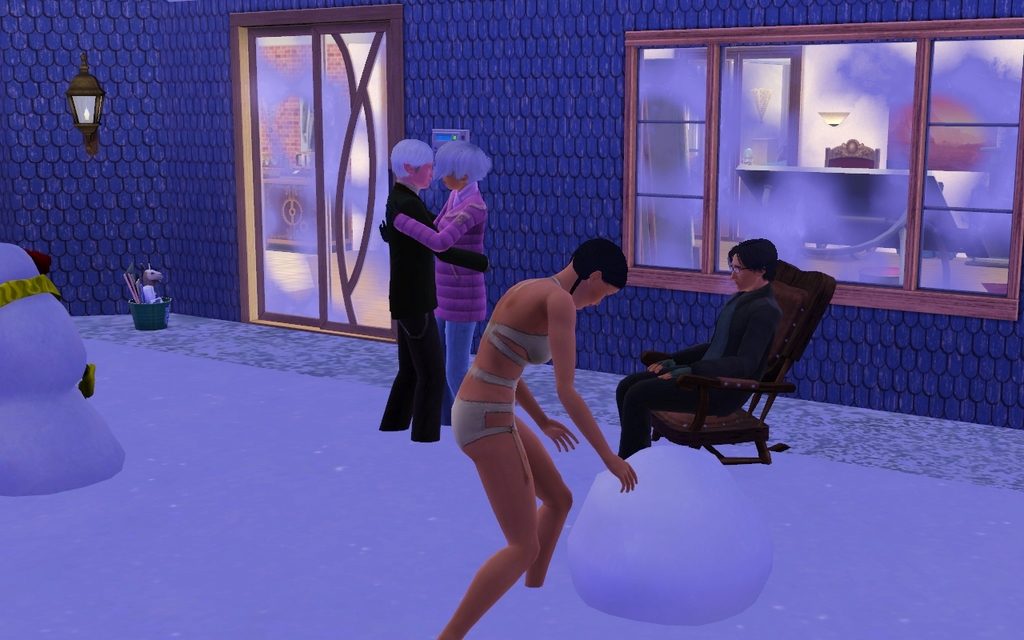 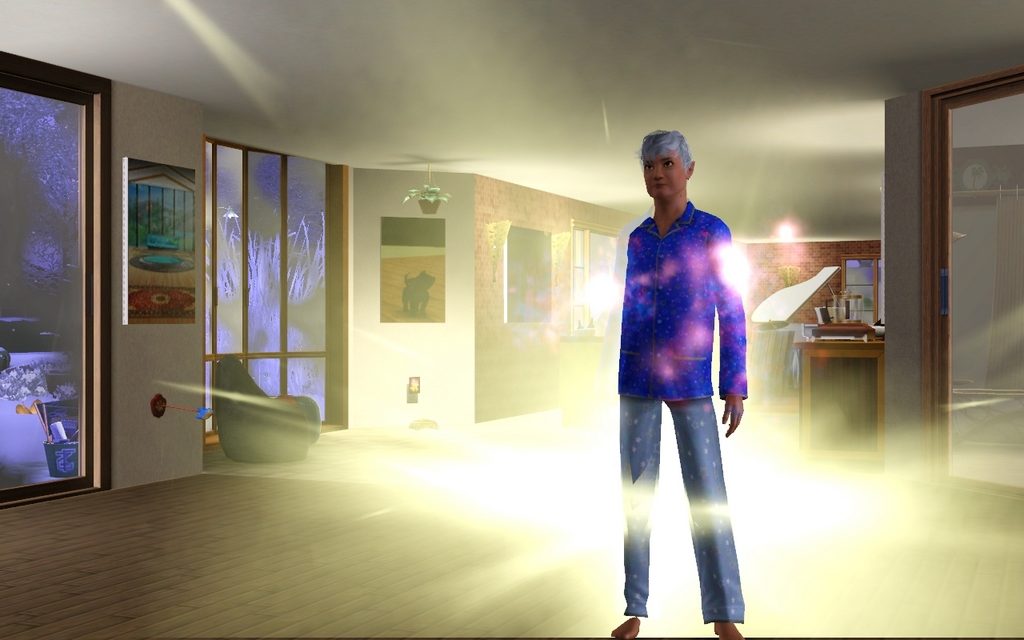 Liam maxes his witchcraft skill. Now he can clean the whole house with a spell. 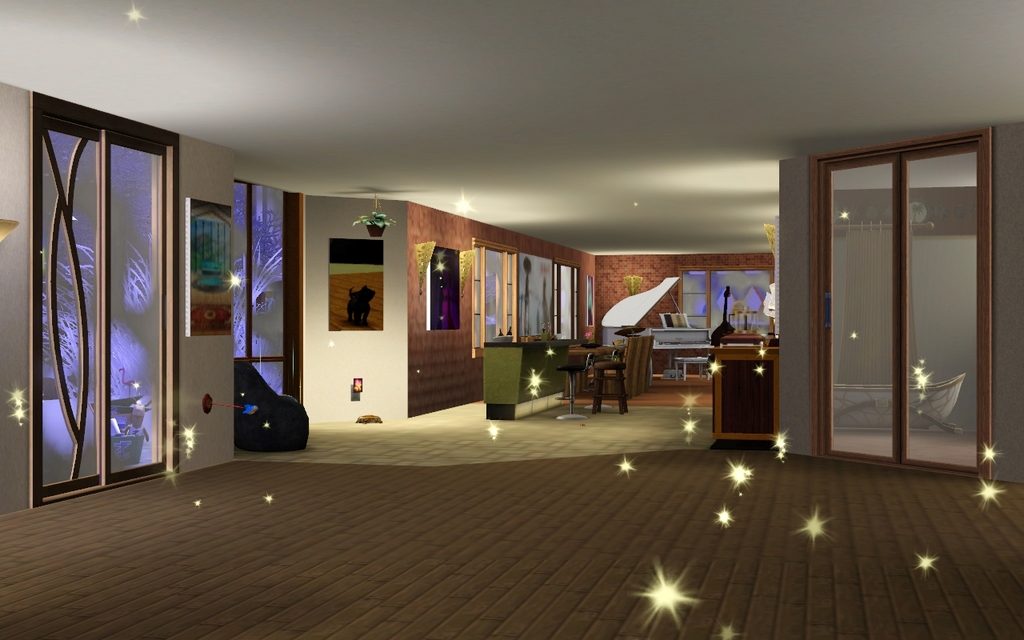 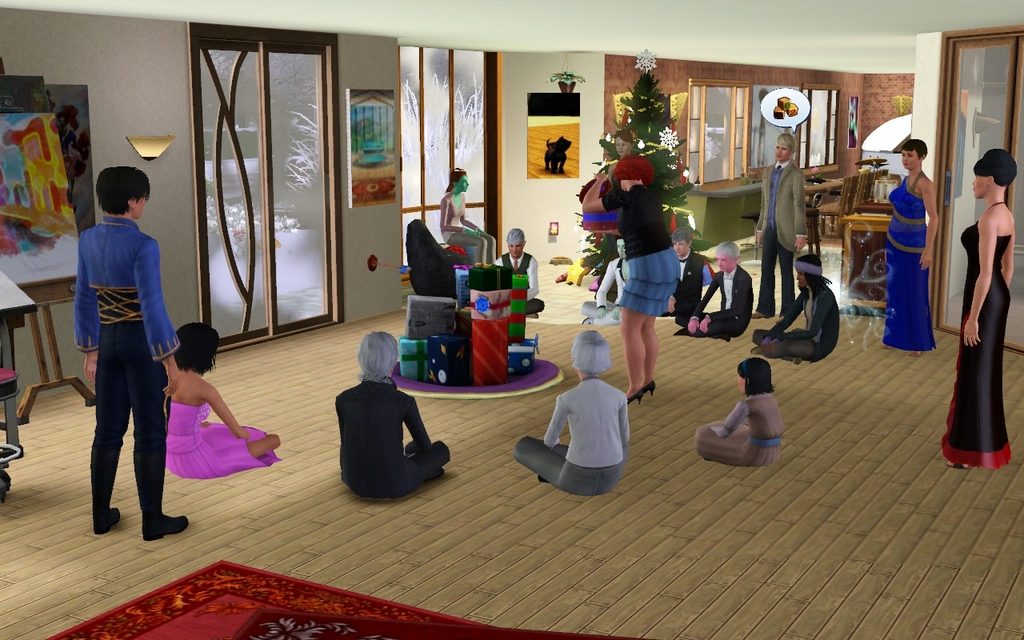 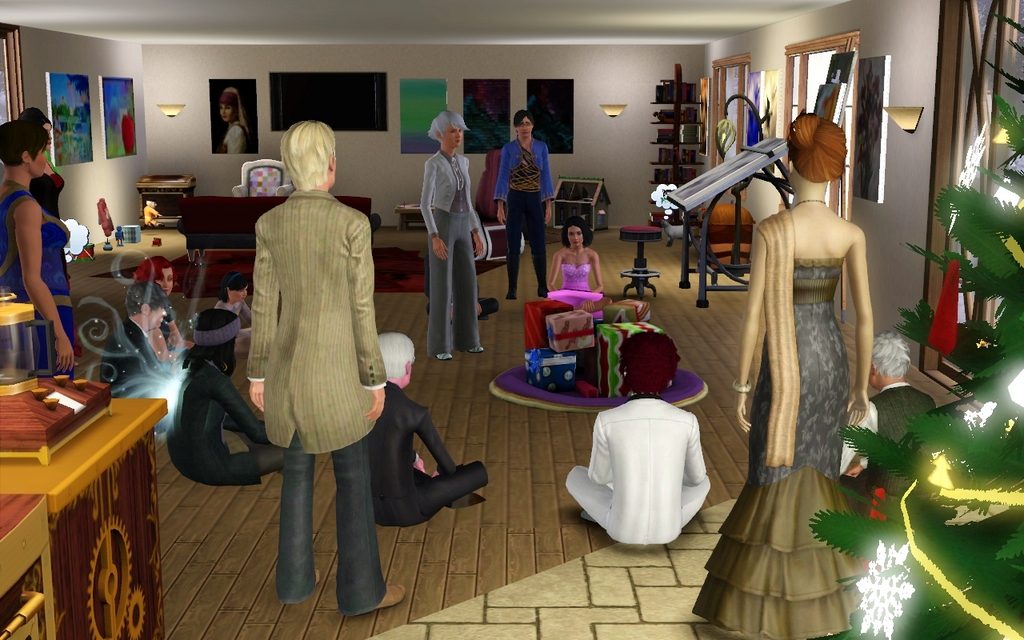 Everyone seems to have fun. 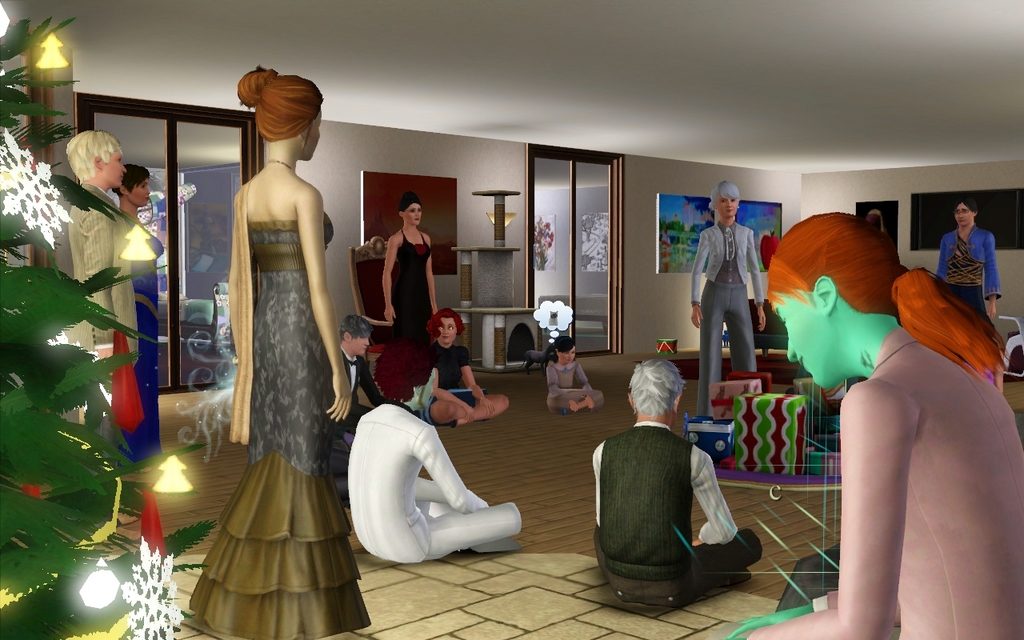 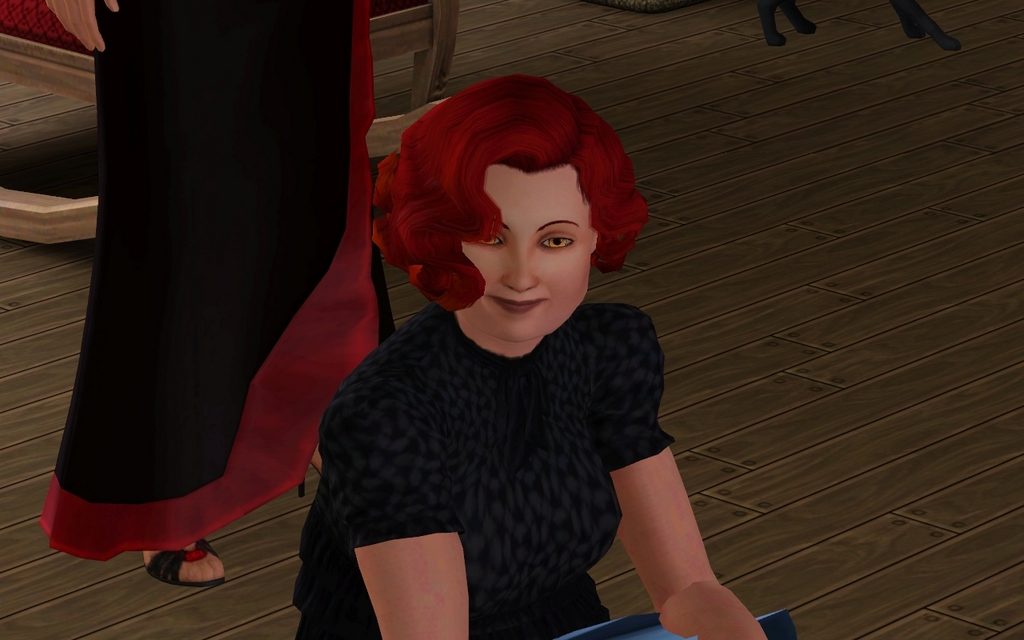 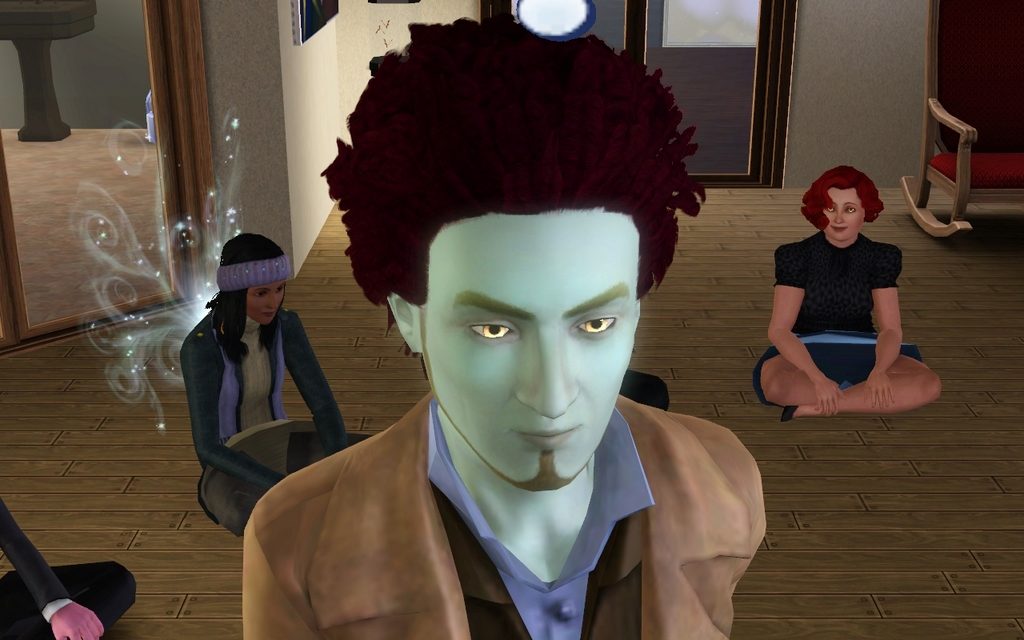 Miles has to leave early for some reason. 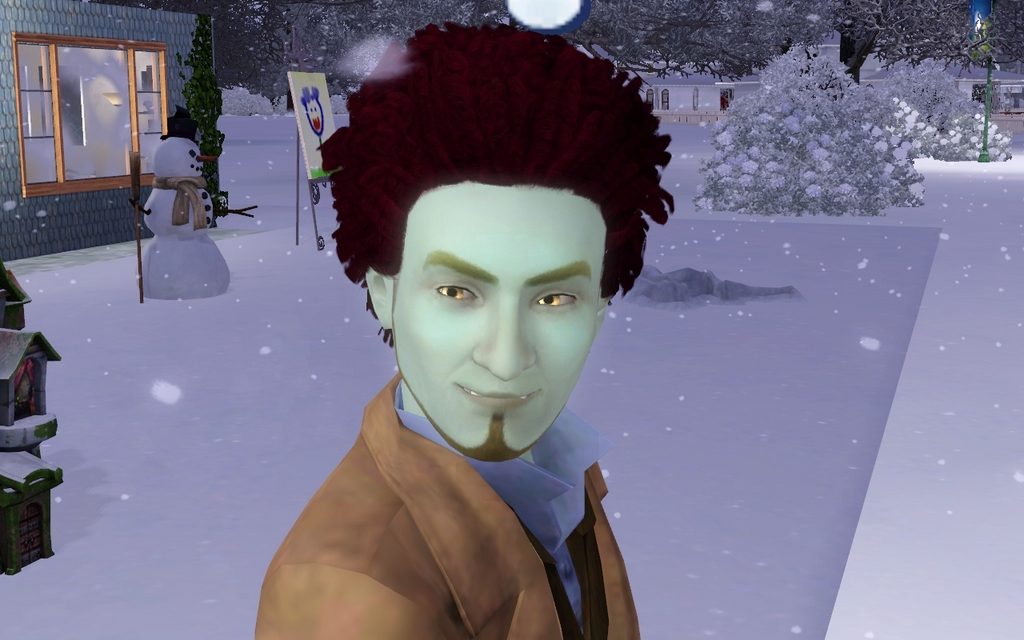 Miles, you are creepy as a vampire.

Miles: Why, thank you. 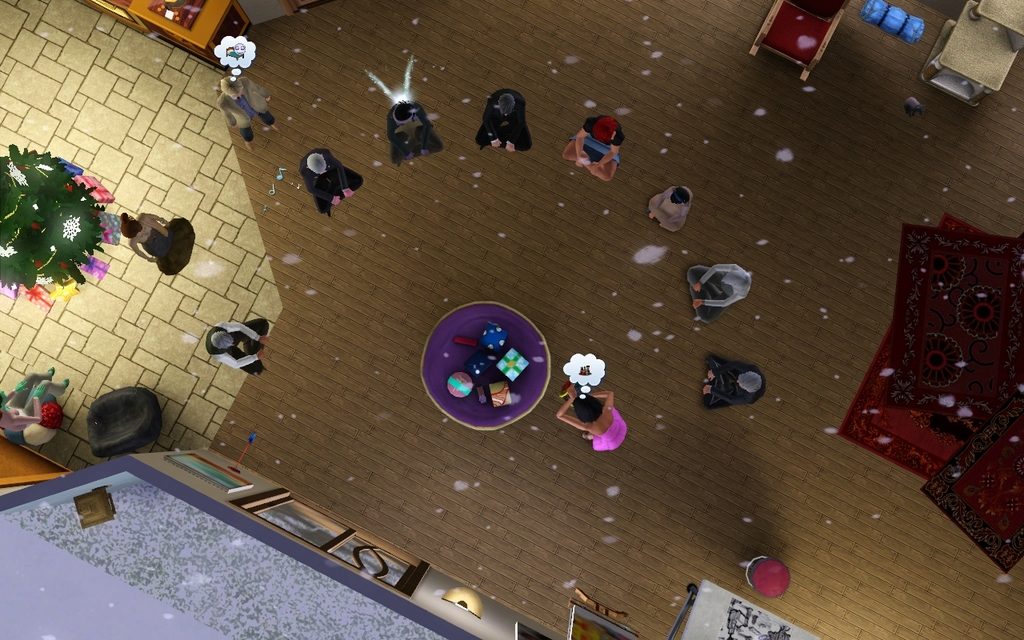 Waiting in a perfect circle. And inside snow. 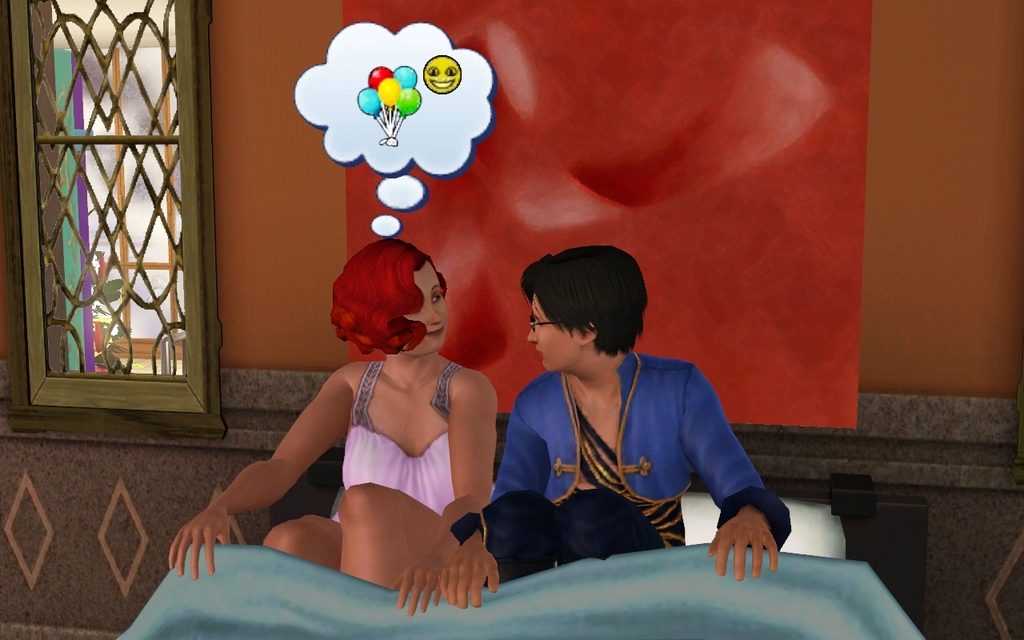 Scott makes sure, Xena has a nice party. 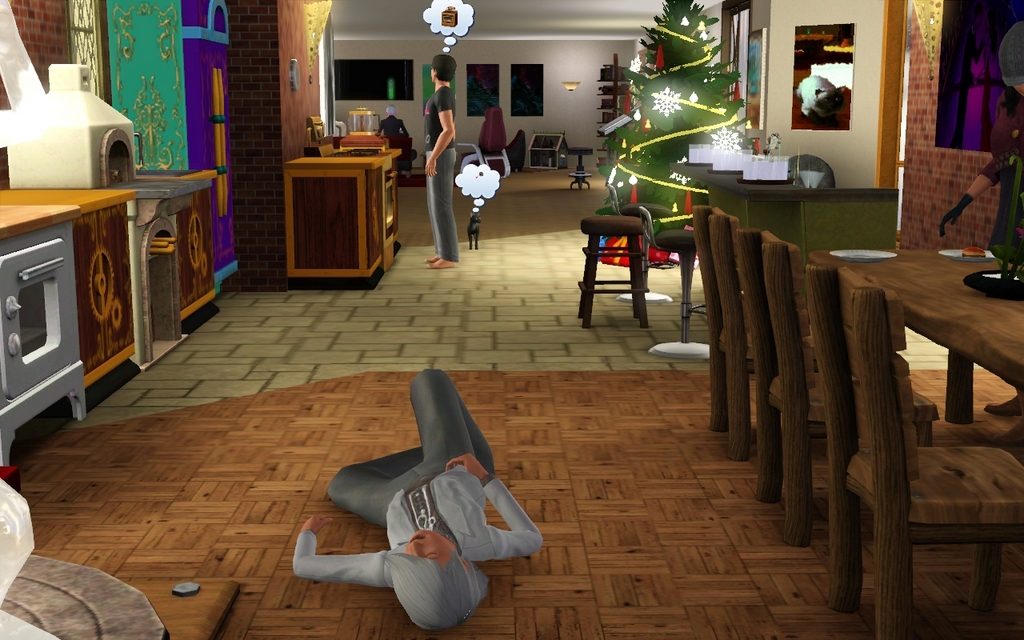 And Arielle faints again. I left her on free will the whole time, just to see, what would happen. 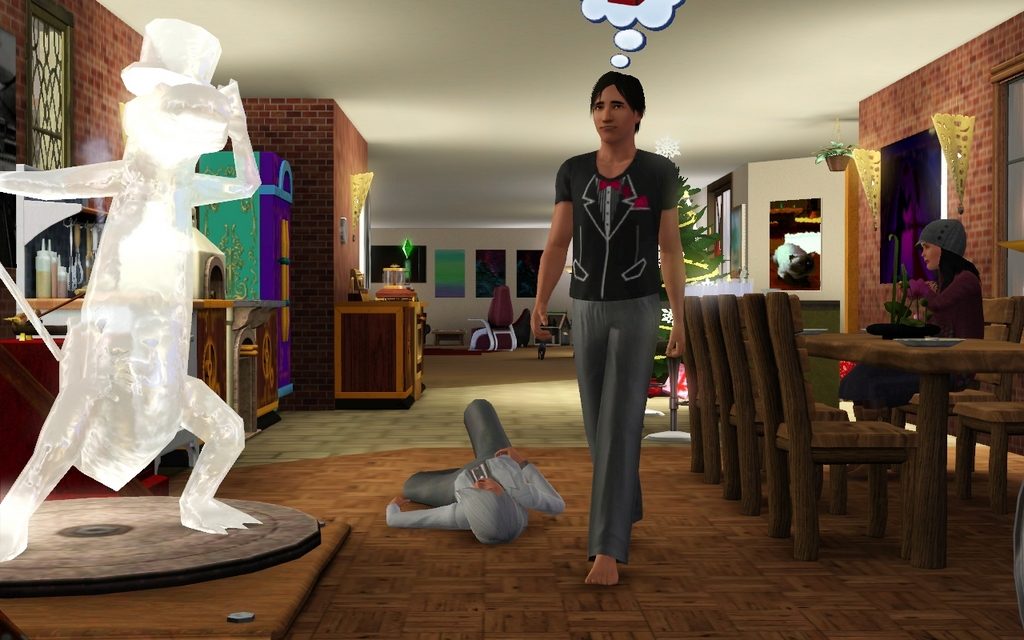 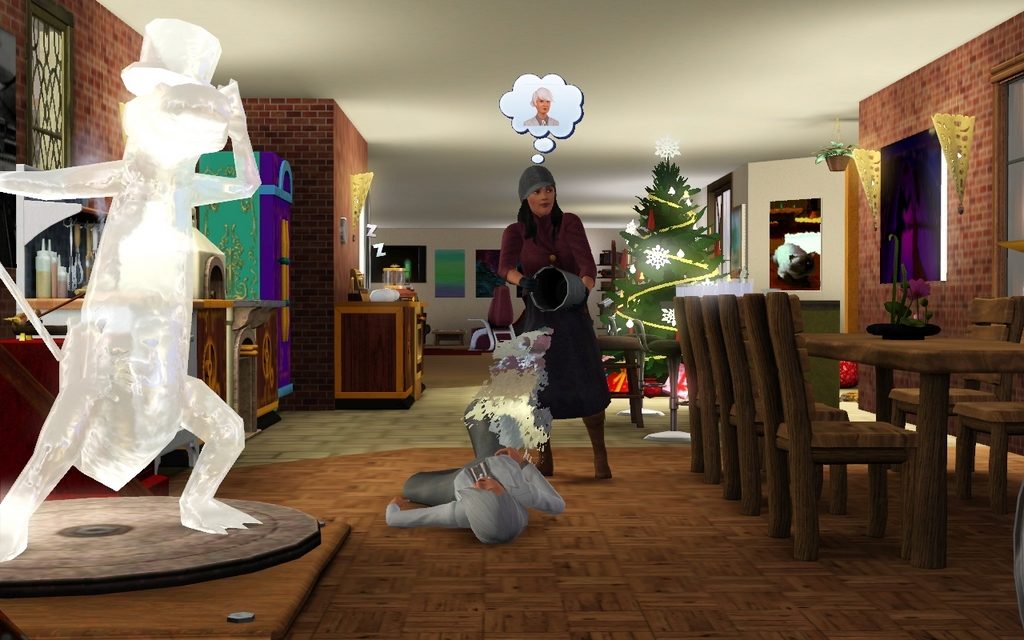 Storm: Seriously, what´s wrong with her?

I think, it was a glitch. She was fine the next play session. 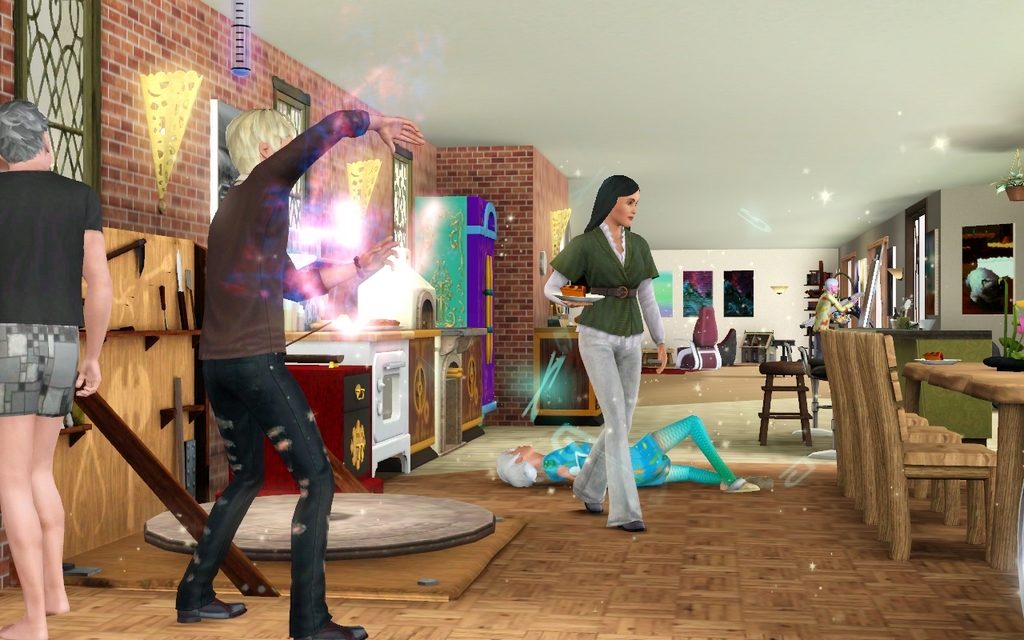 Just not now. She fainted in nearly the exact same spot.

Storm: After my breakfast. I´ve had enough! 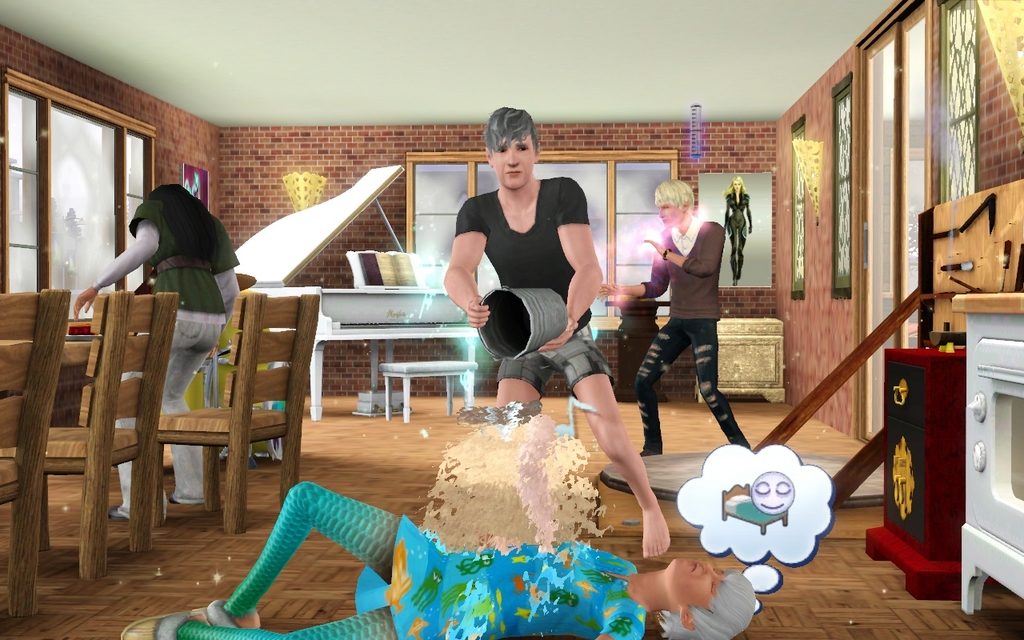 Mortimer show´s some rare mercy. I sent her to the shower after this.