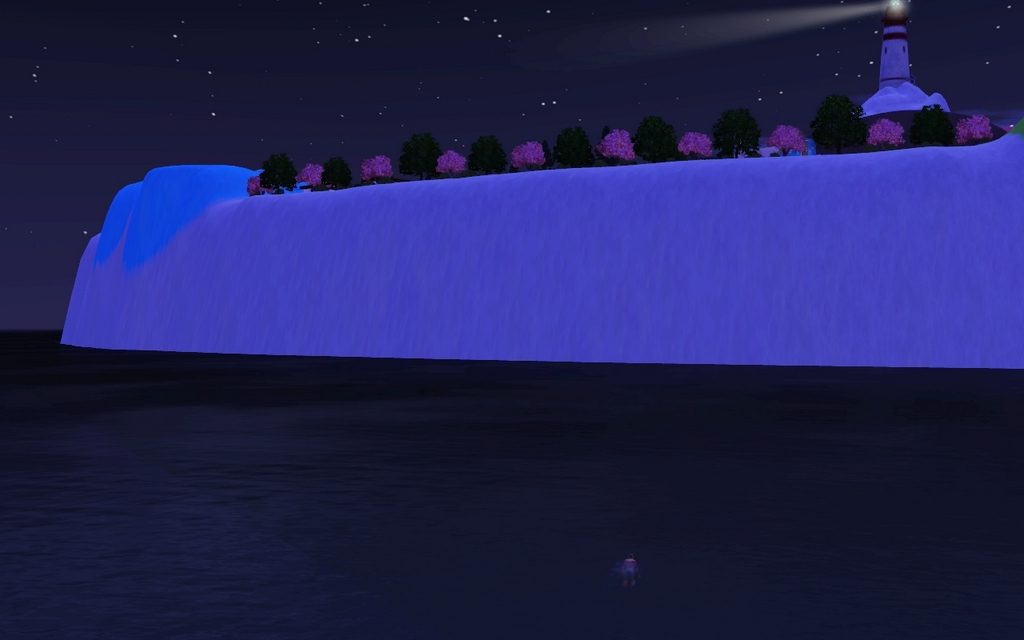 For some reason Mortimer decides to collect some dirty laundry in the middle of the ocean. 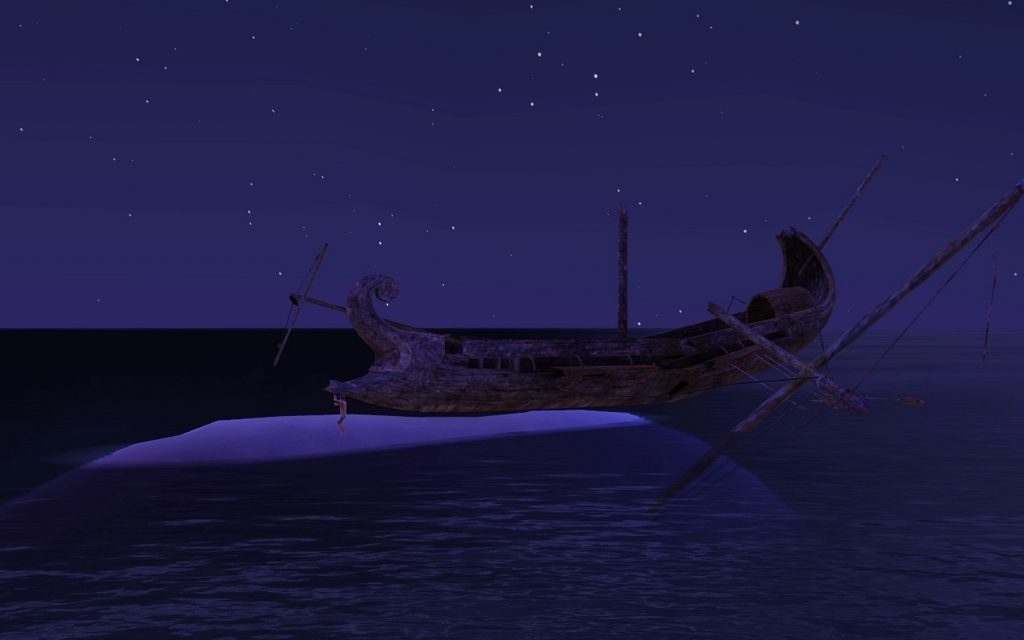 His needs are really low, so I reset him, but he does not return home, instead he materializes on the little island with the ship wreck, his needs still way down. 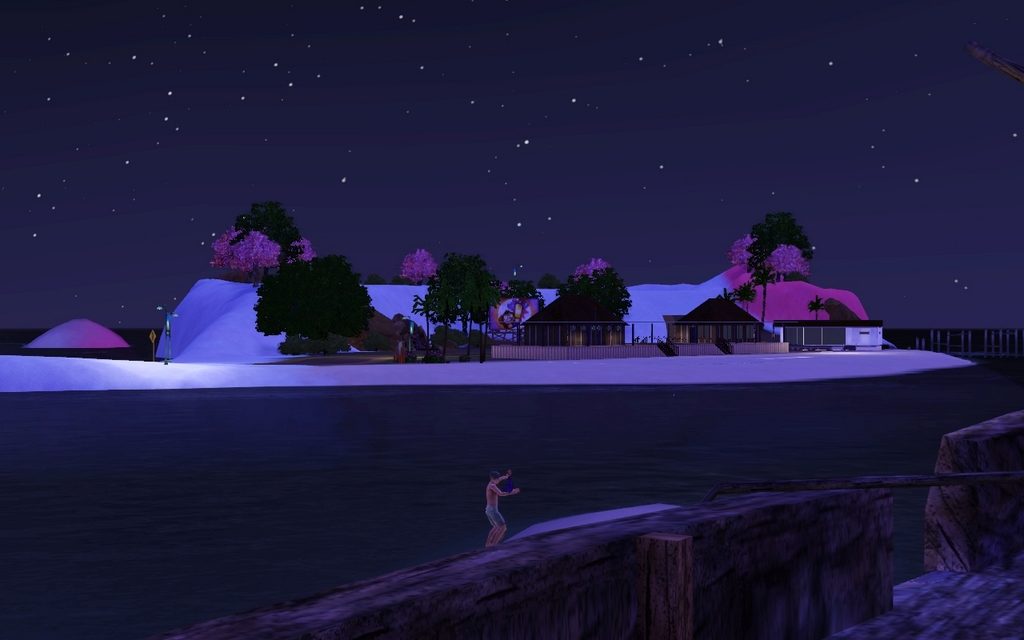 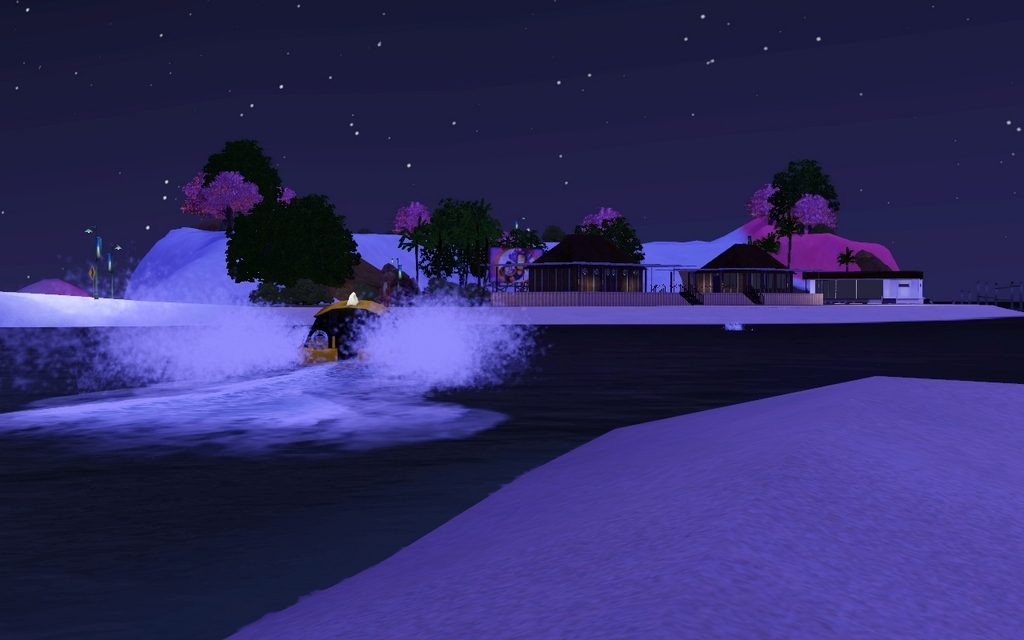 But as a sensible sim, he takes a water taxi to the shore. 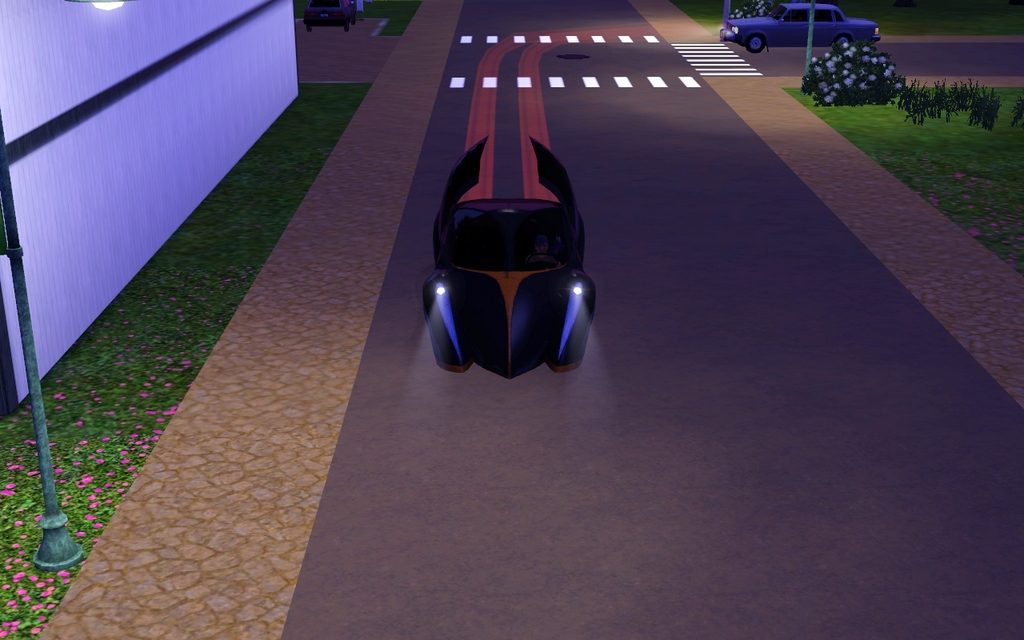 Then he pulls out his batmobile and drives home. 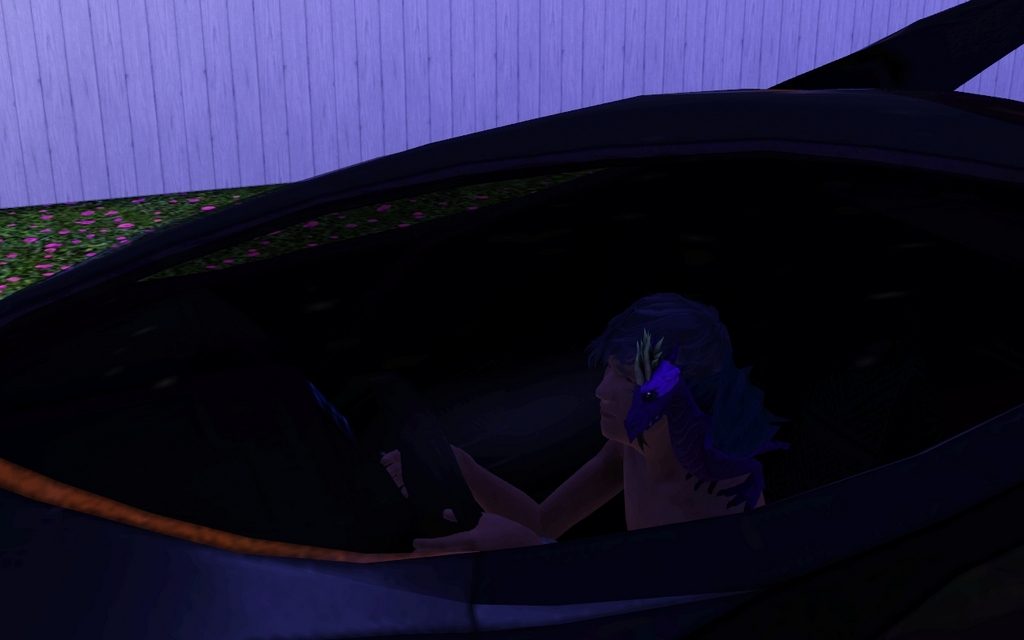 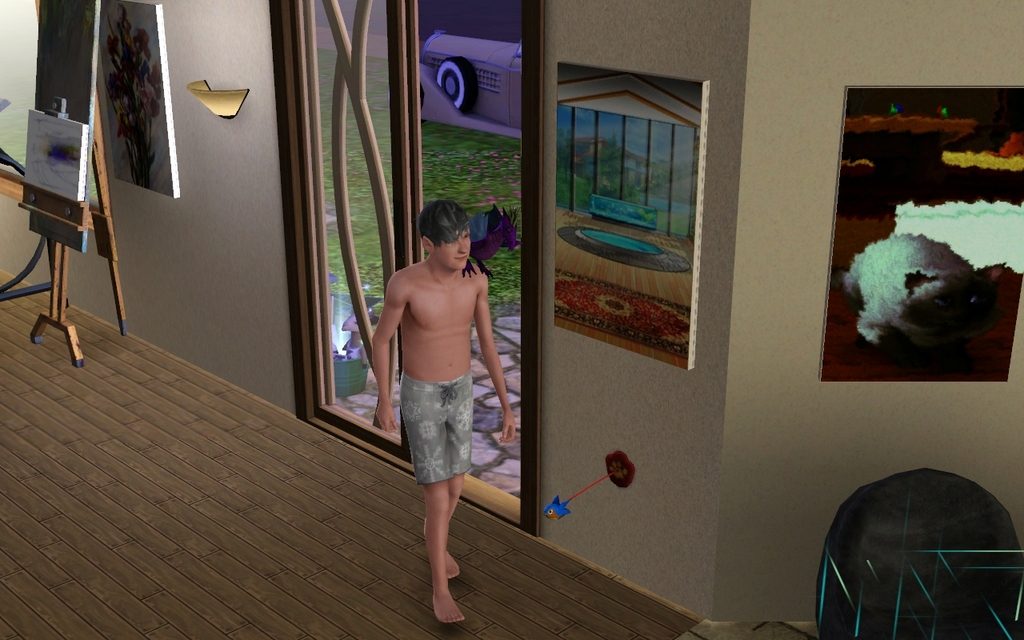 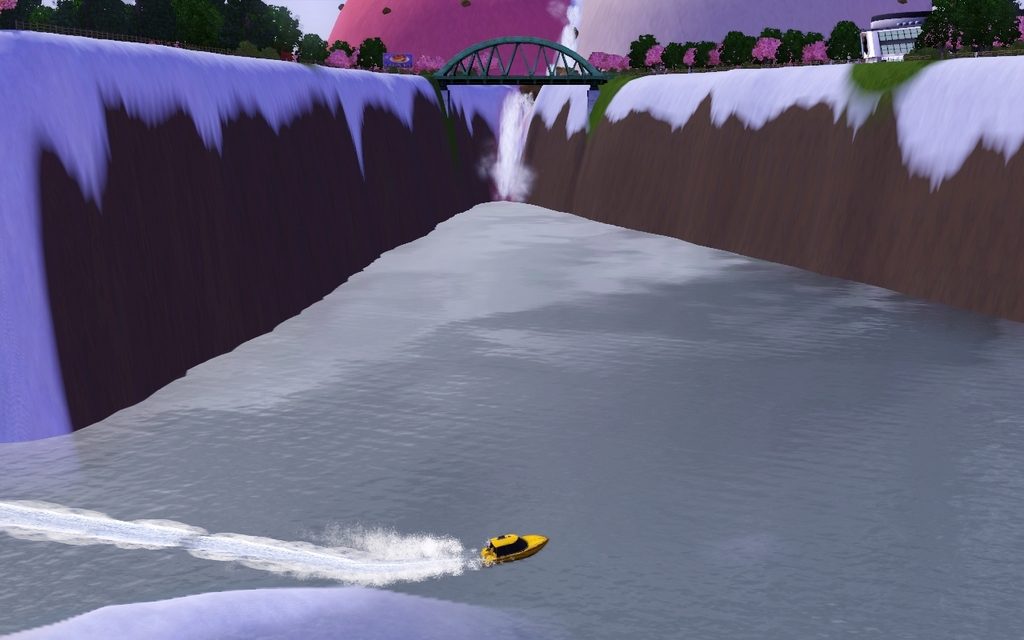 For some reason Liam does exactly the same a few days later. 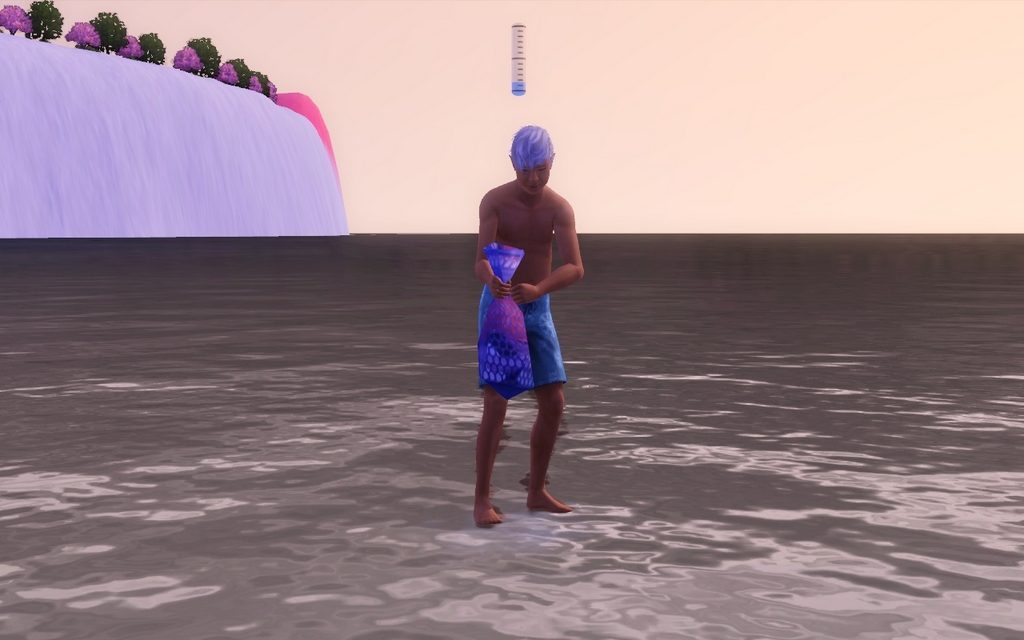 He tops it though, by walking on water. 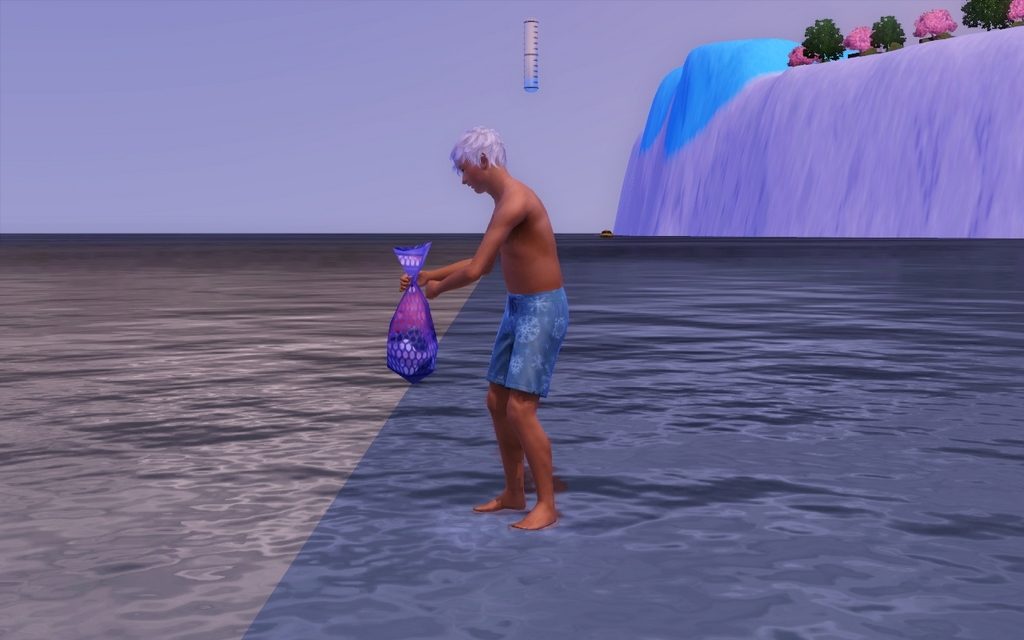 He´s right at the edge of the map. 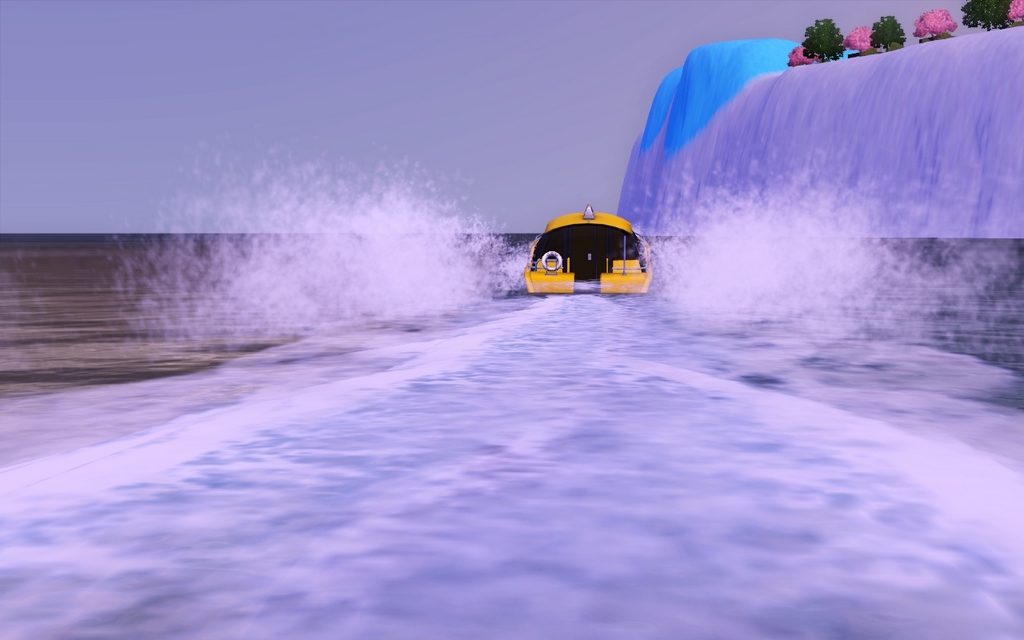 I tell him to return home and he does. Don´t know, what that was all about. Probably a glitch. 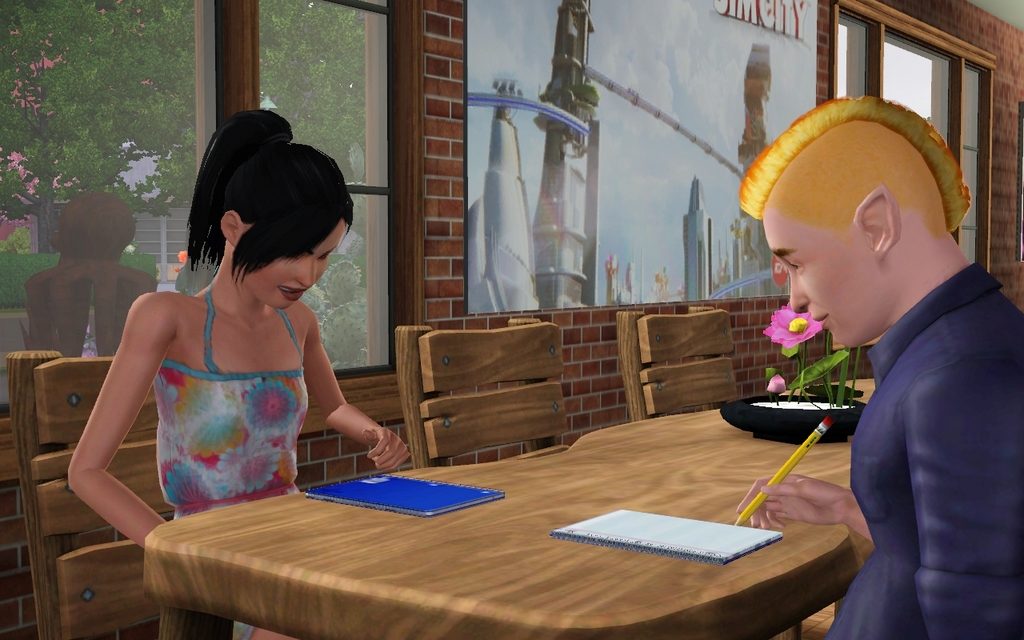 The teens always do their homework autonomously. 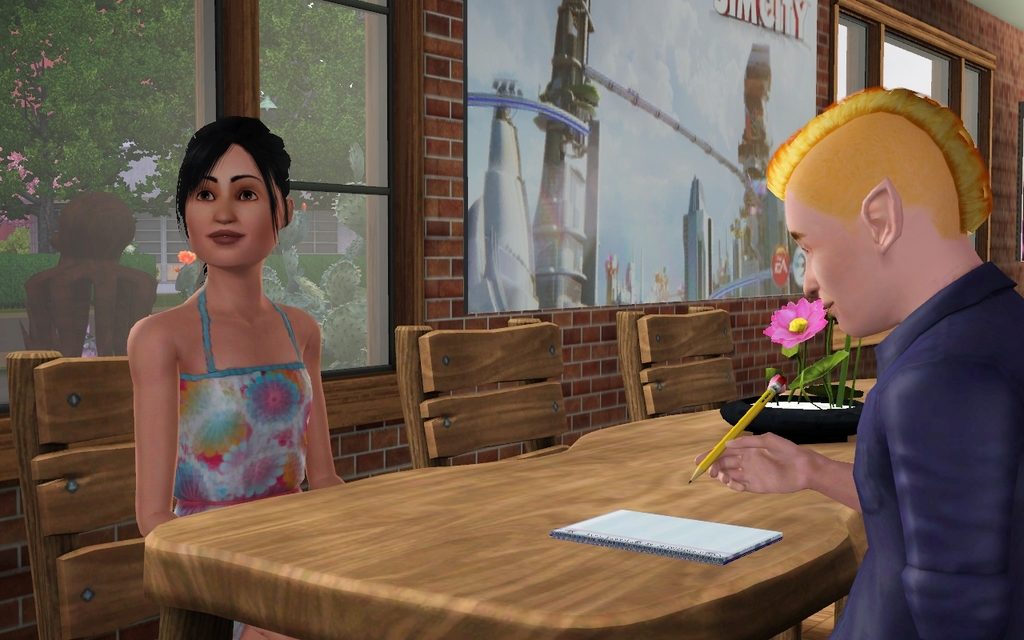 Ingrid is always the first one to finish, but Kosta doesn´t seem to mind. 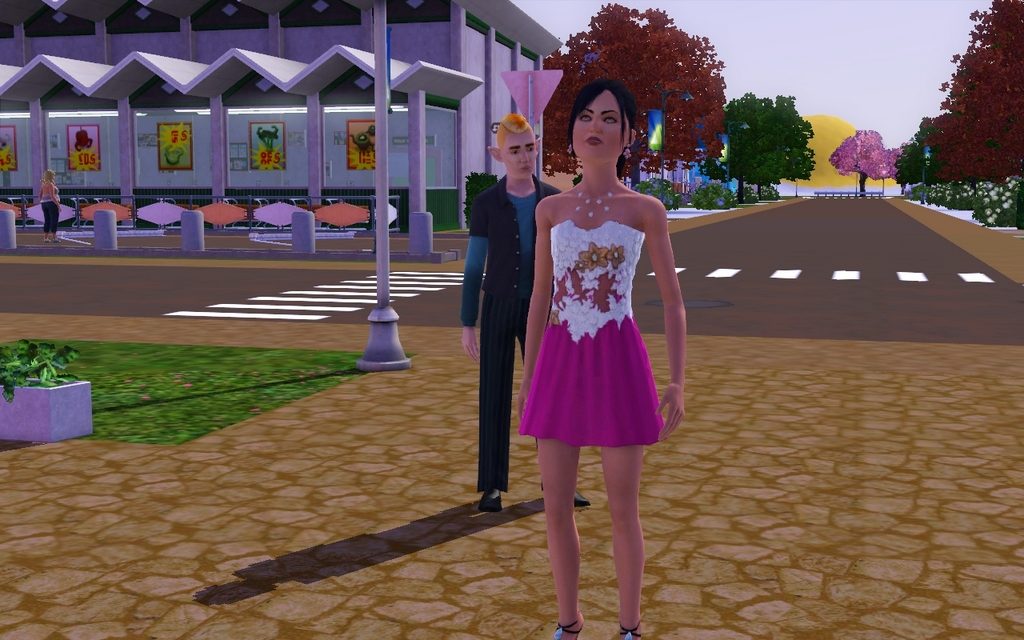 They go to prom together. 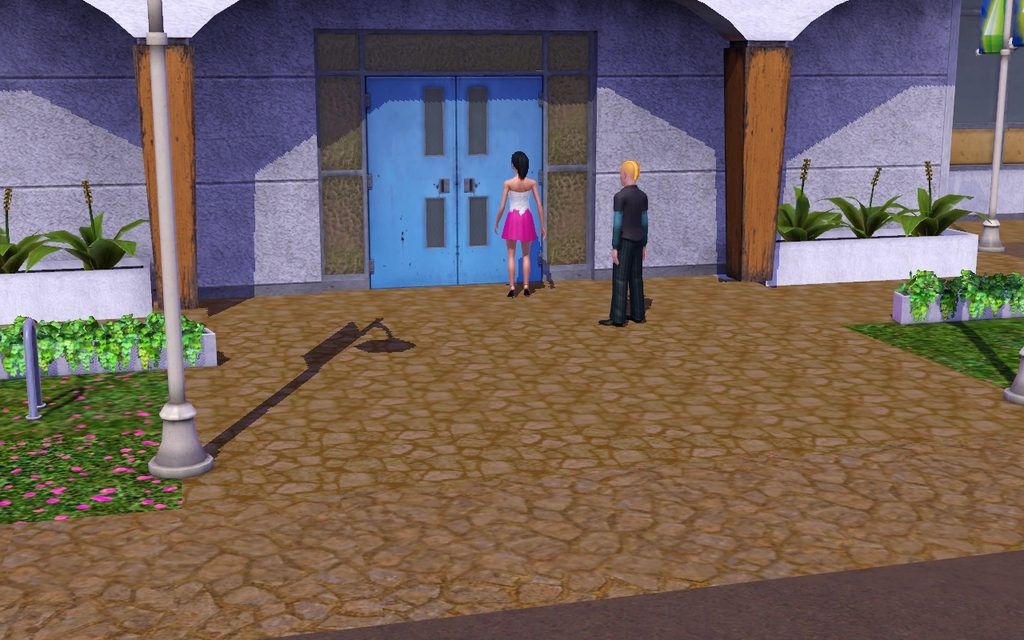 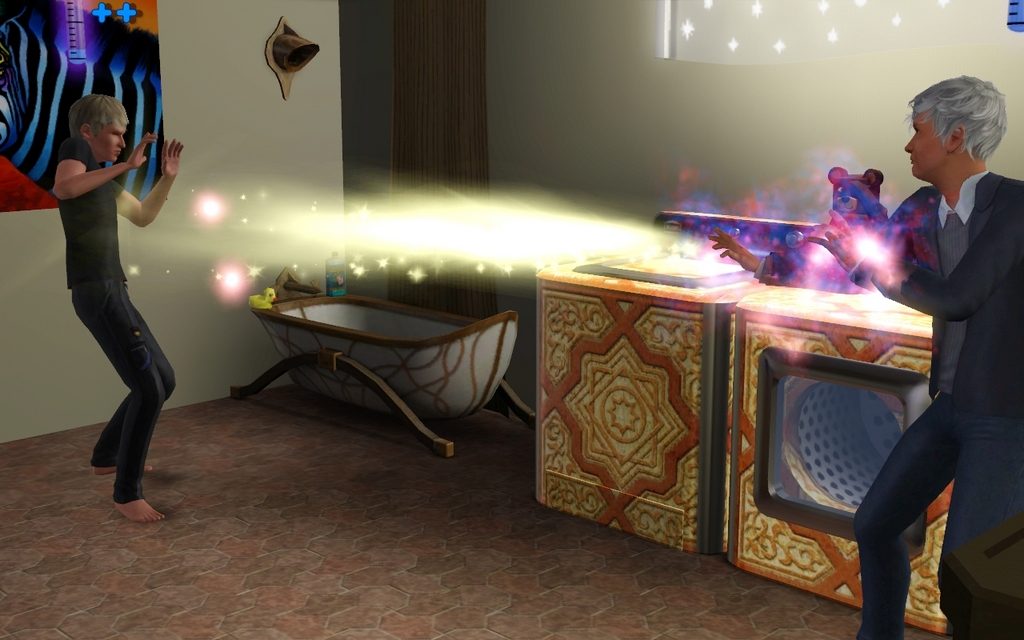 Sebastian wants to have a wizard duel, so he has one with Liam. 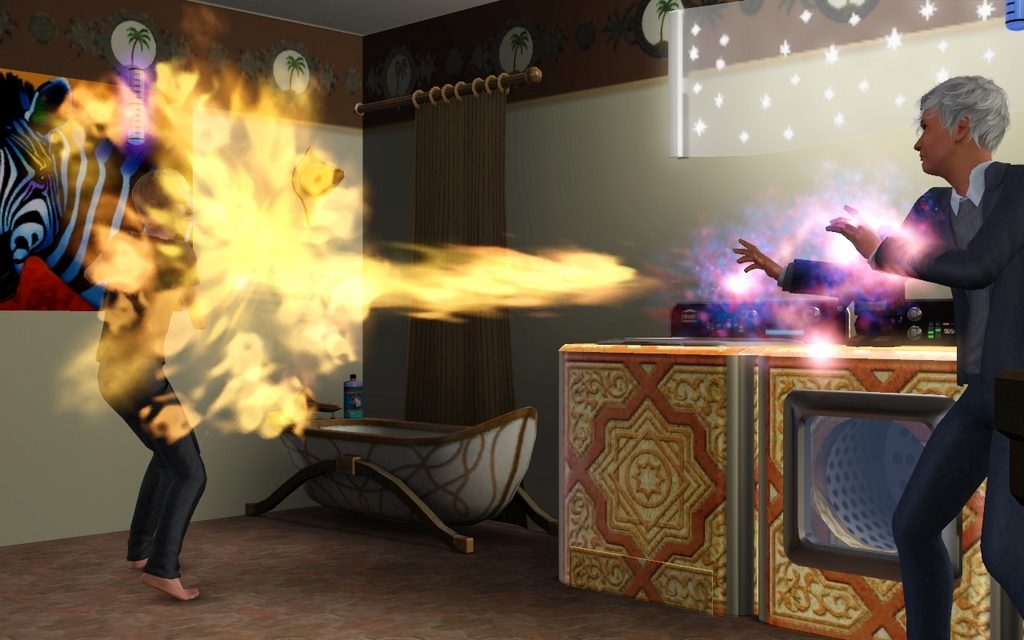 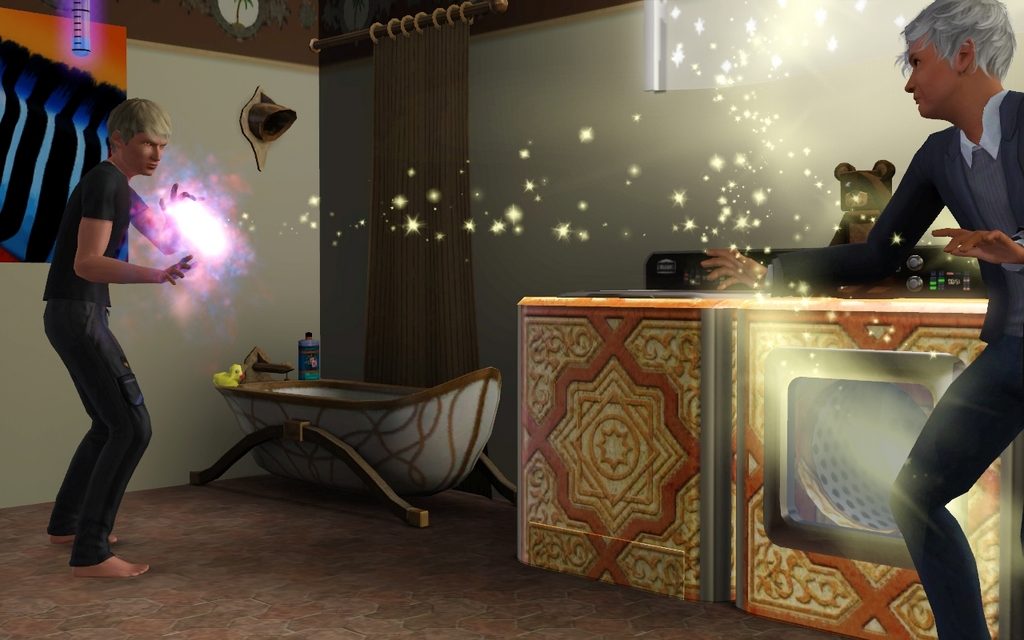 Even if it is in the bathroom. 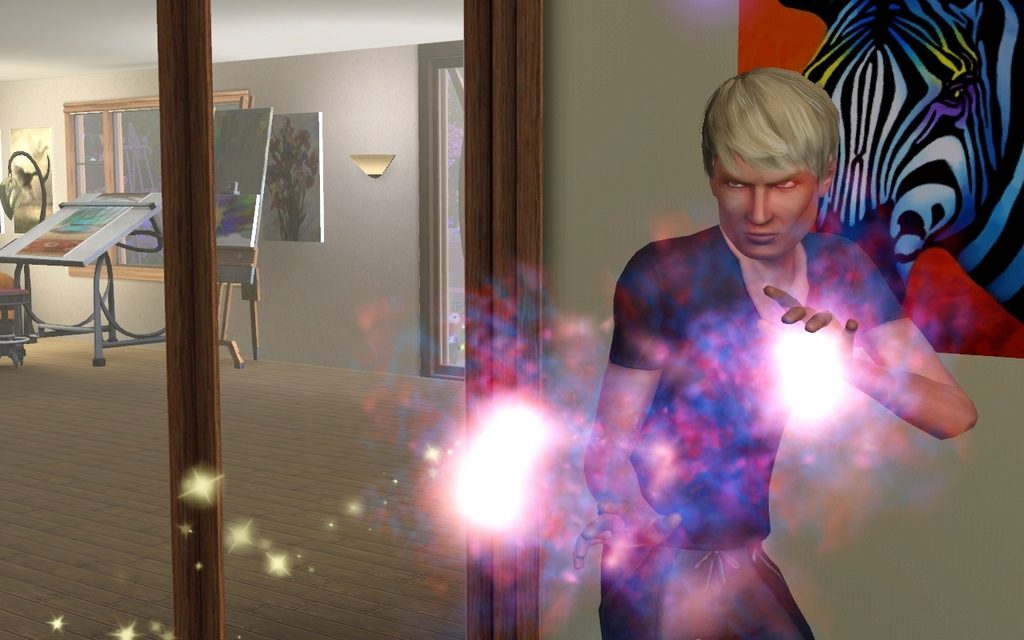 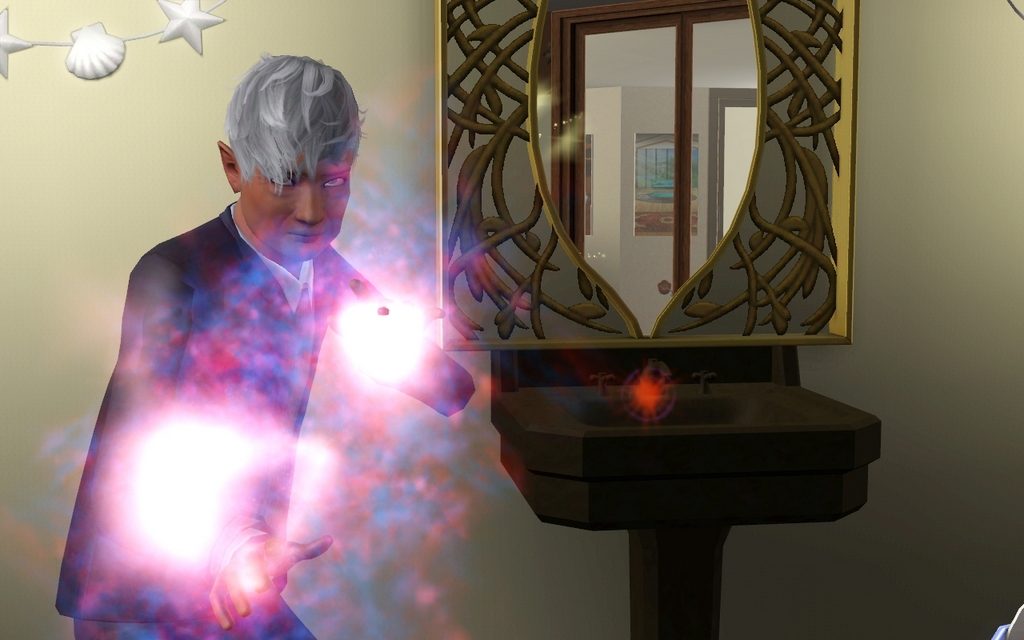 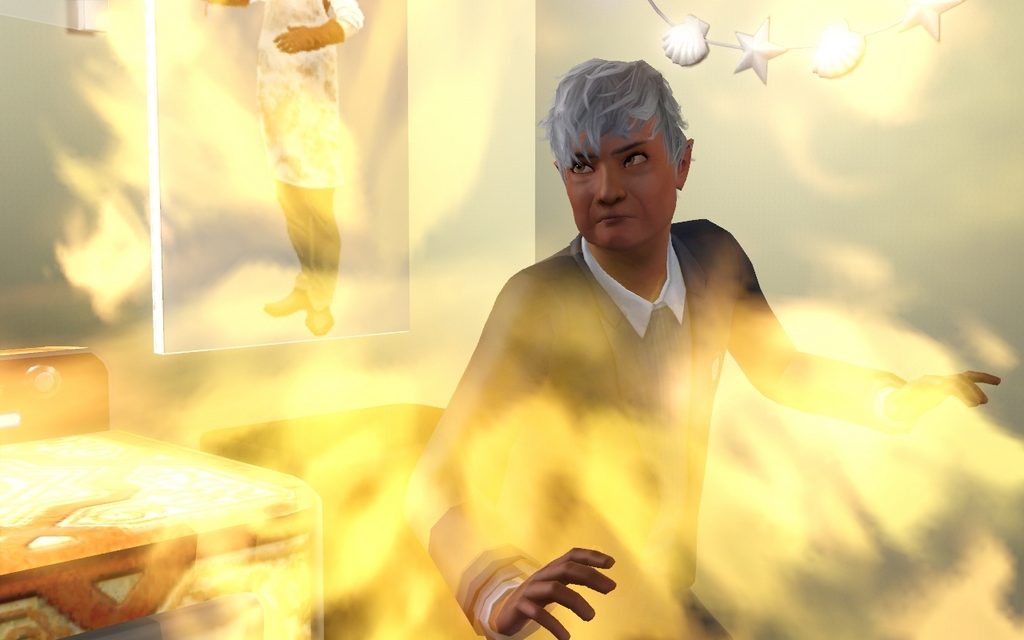 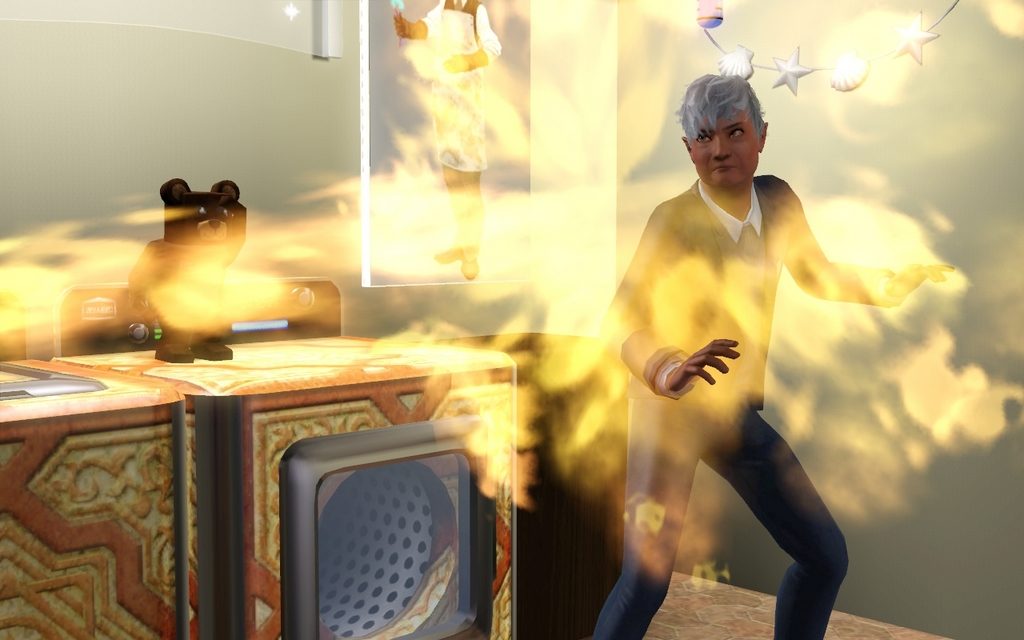 Liam wins. He should, he mastered the skill. But you never know.