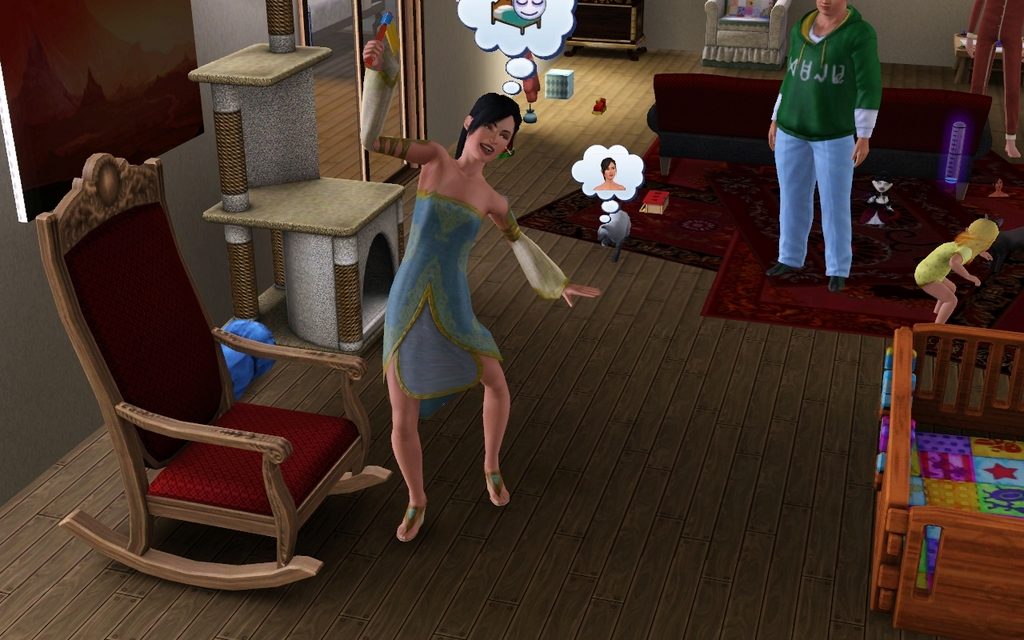 Ingrid ages up into an elder. 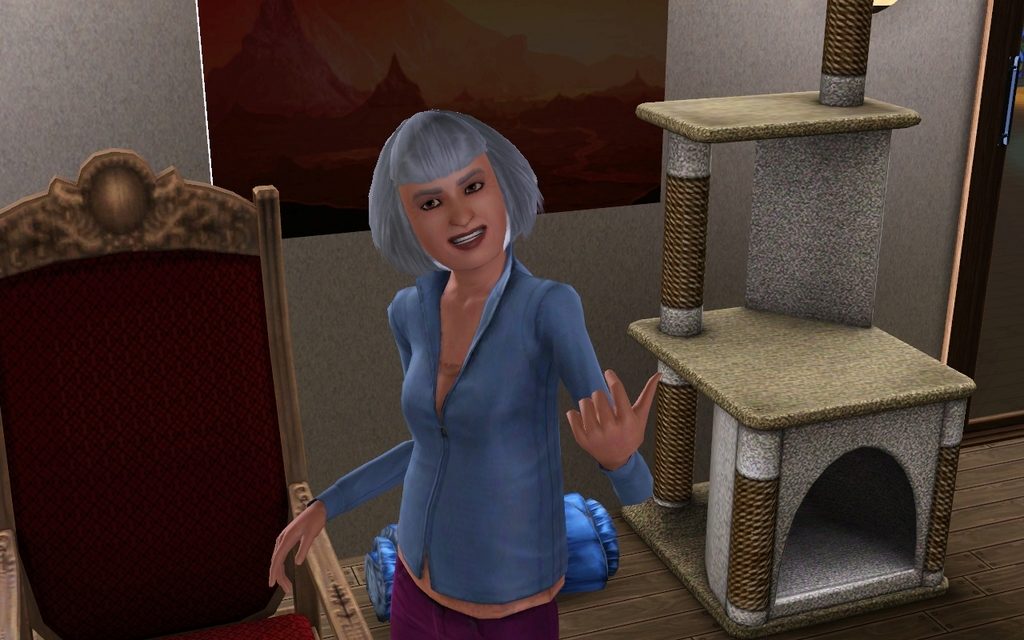 Can we speak about the hair? 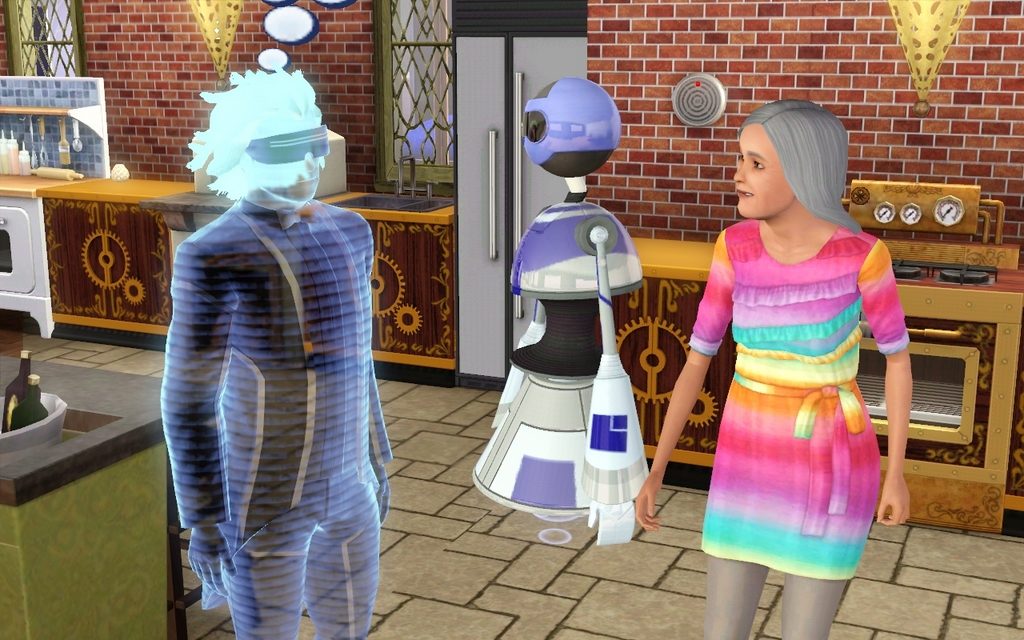 ELIZA is driving me totally bonkers, I don´t even really know, why. Storm installs the sentience trait chip (which causes Emit´s hologram to appear), then they move out. I need space for another baby. 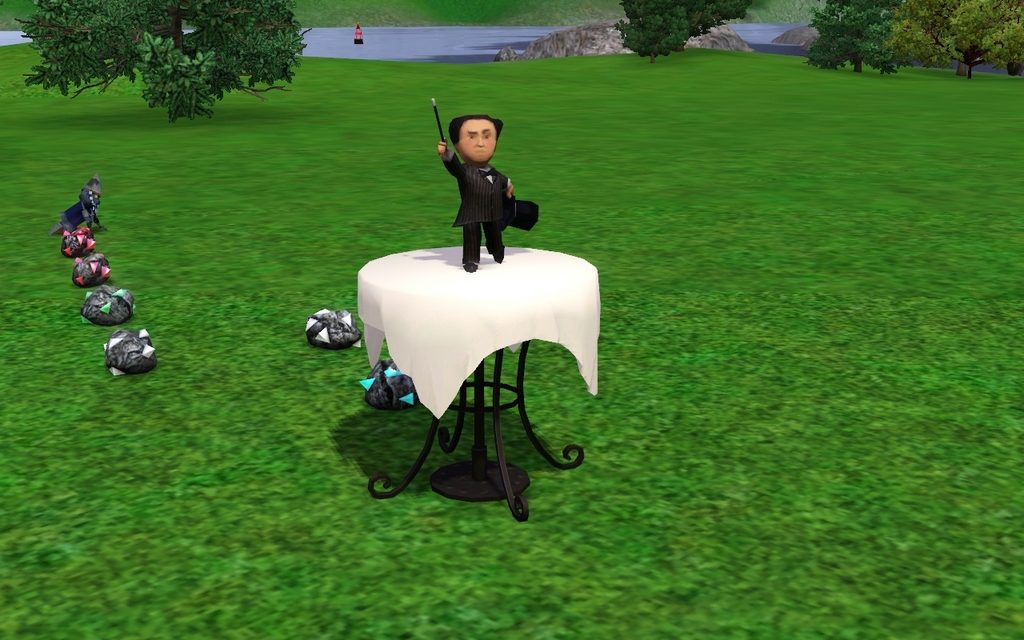 The magician gnome chose an interesting spot. Maybe he wanted a stage. 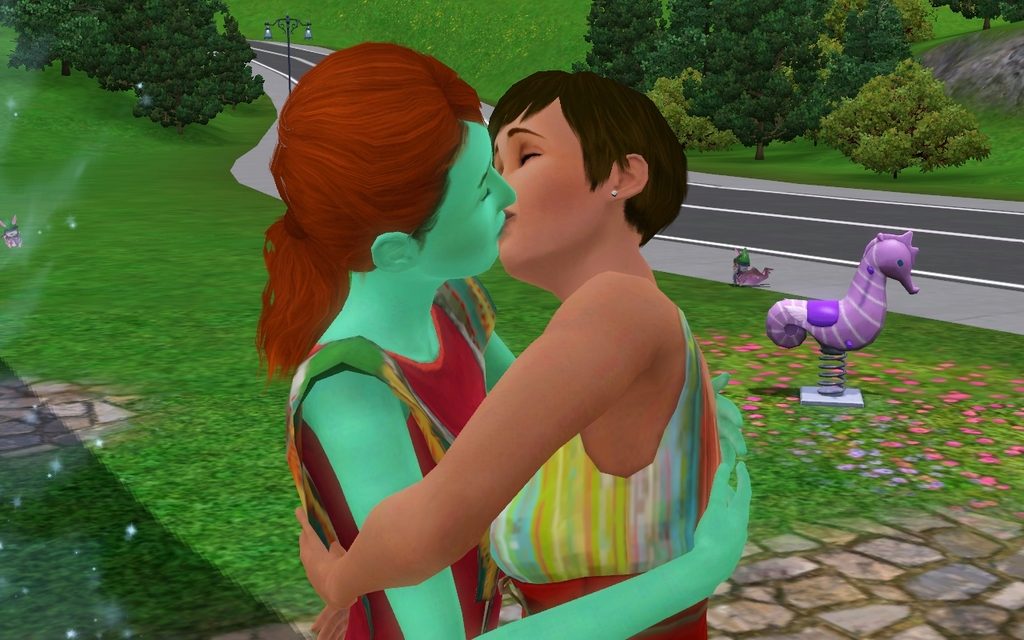 Cathy and Isolde are still cute. 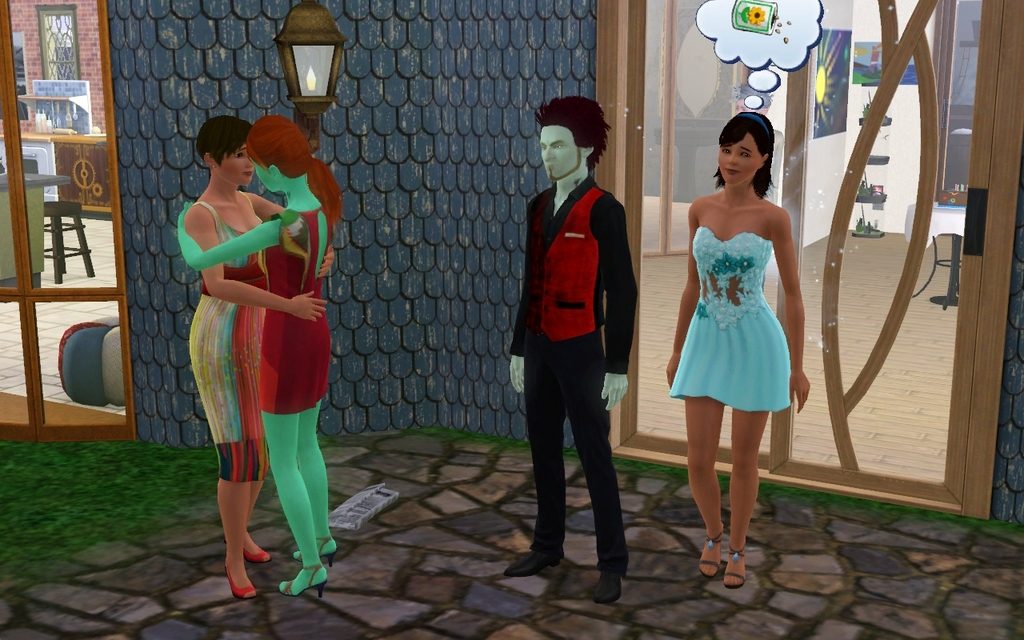 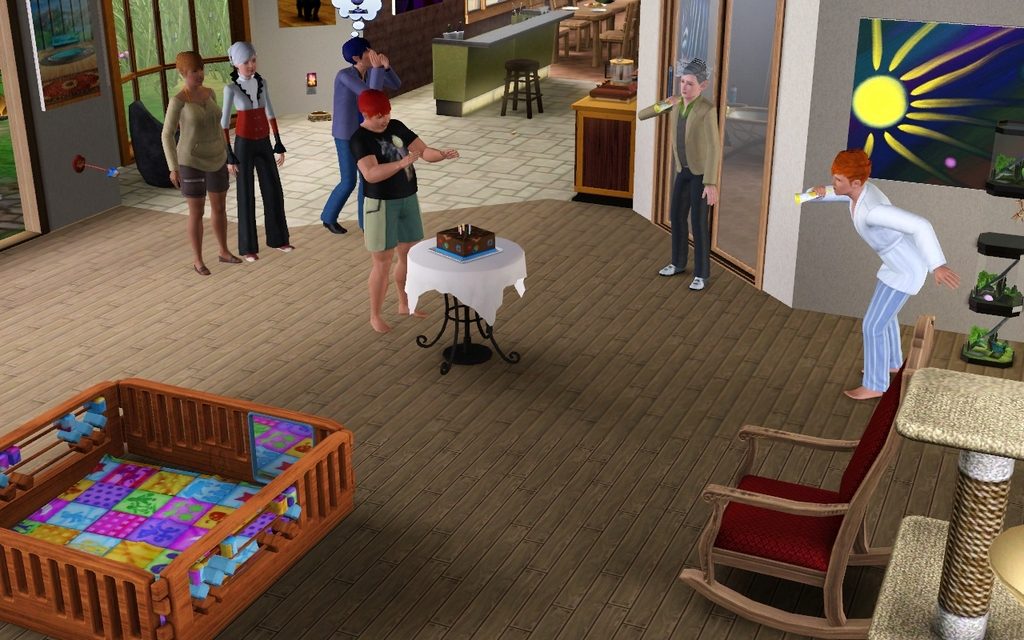 Conall ages up to adult. 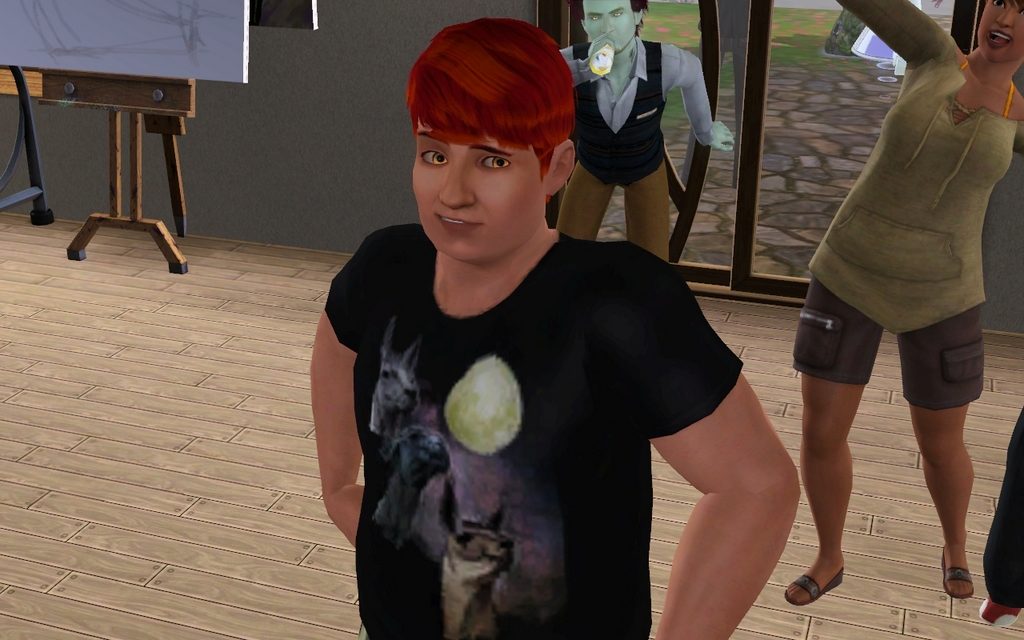 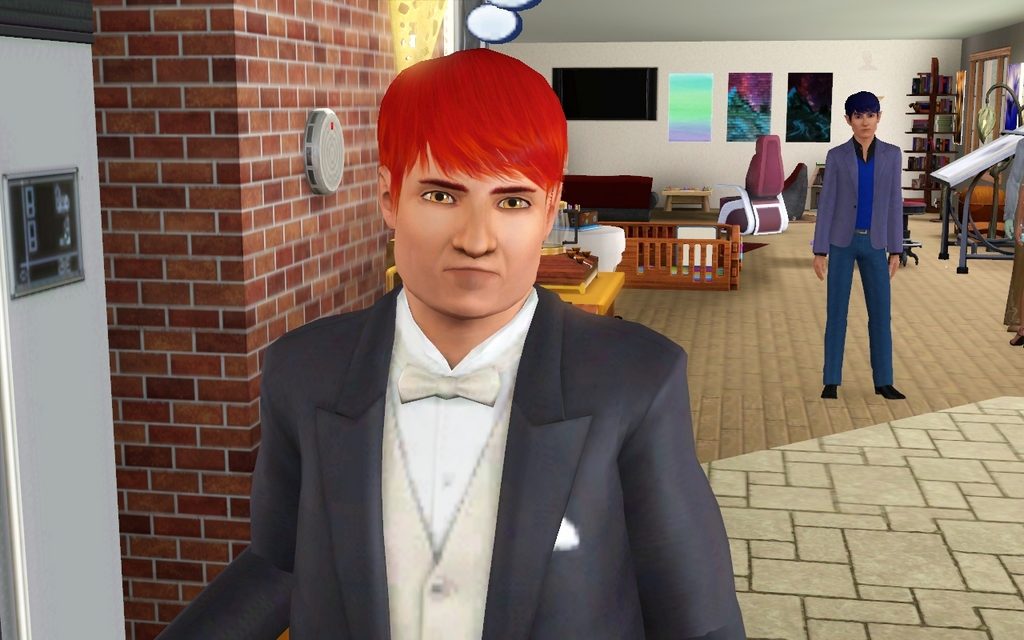 Conall: Okay, but why do I have to totally dress up?

Because you are getting married now. 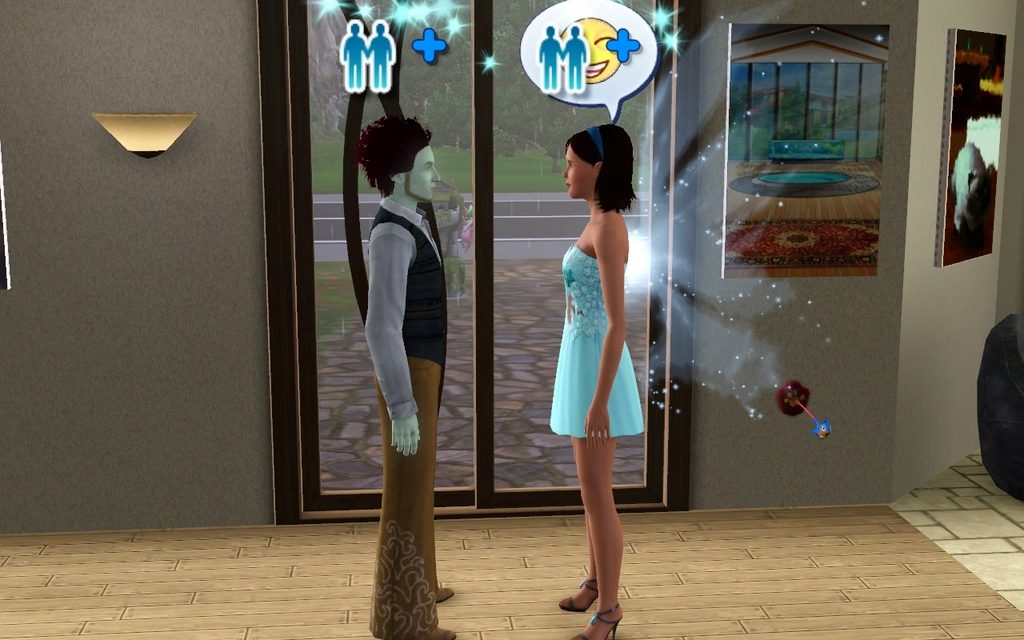 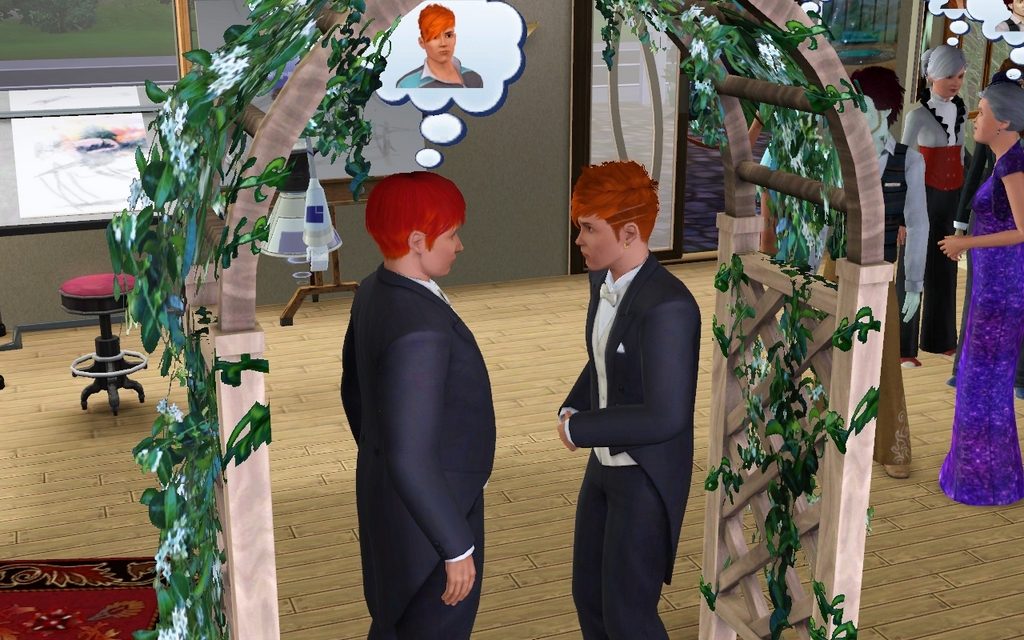 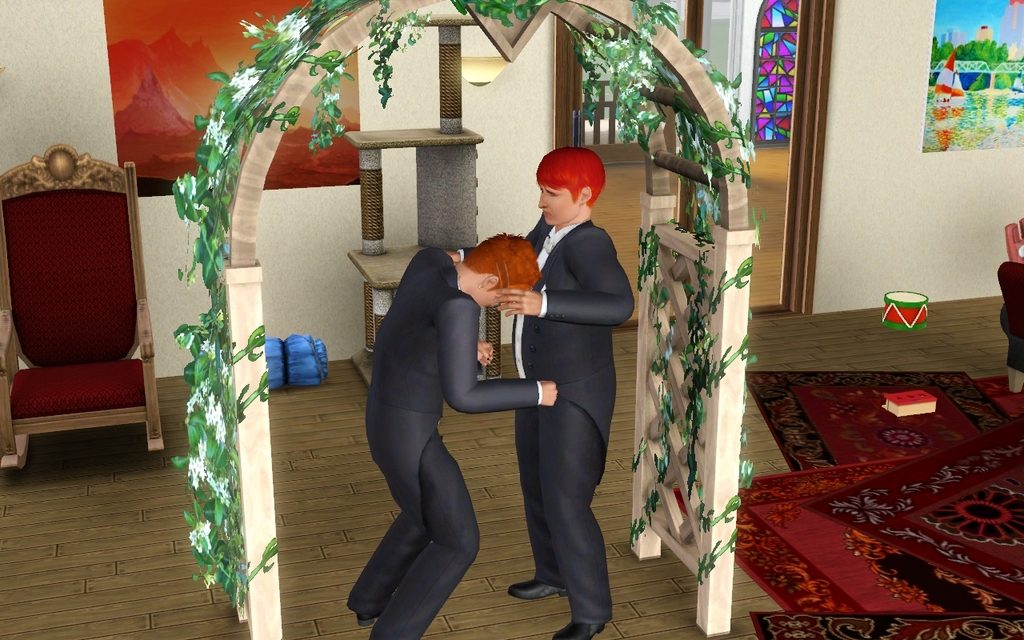 Jan: But I´m so excited!

*punches Conall in the nether regions* 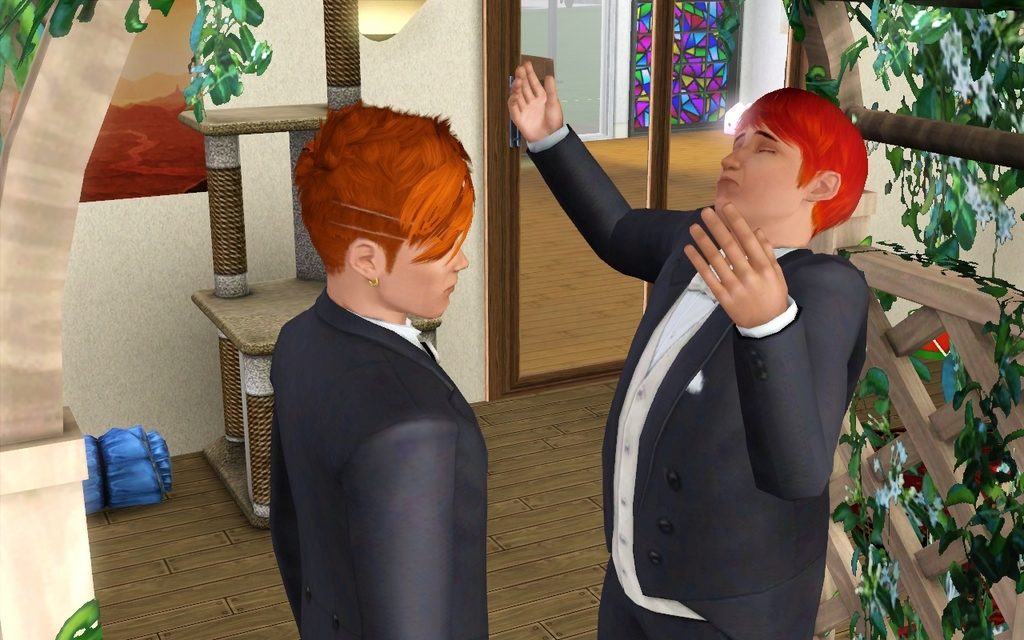 Conall: Whatever did you do that for?! 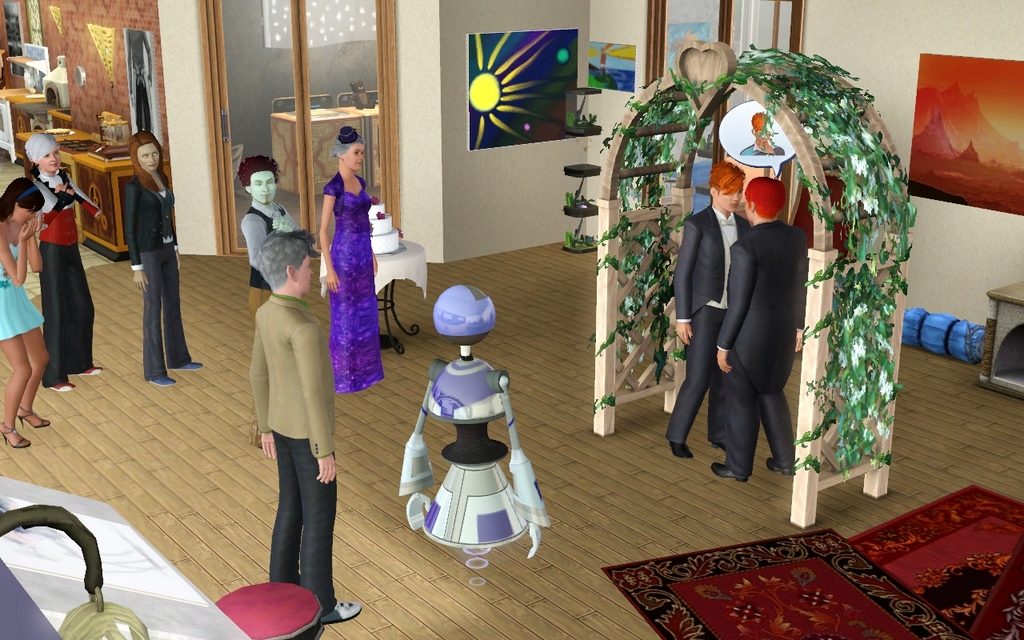 It went smoothly after that. 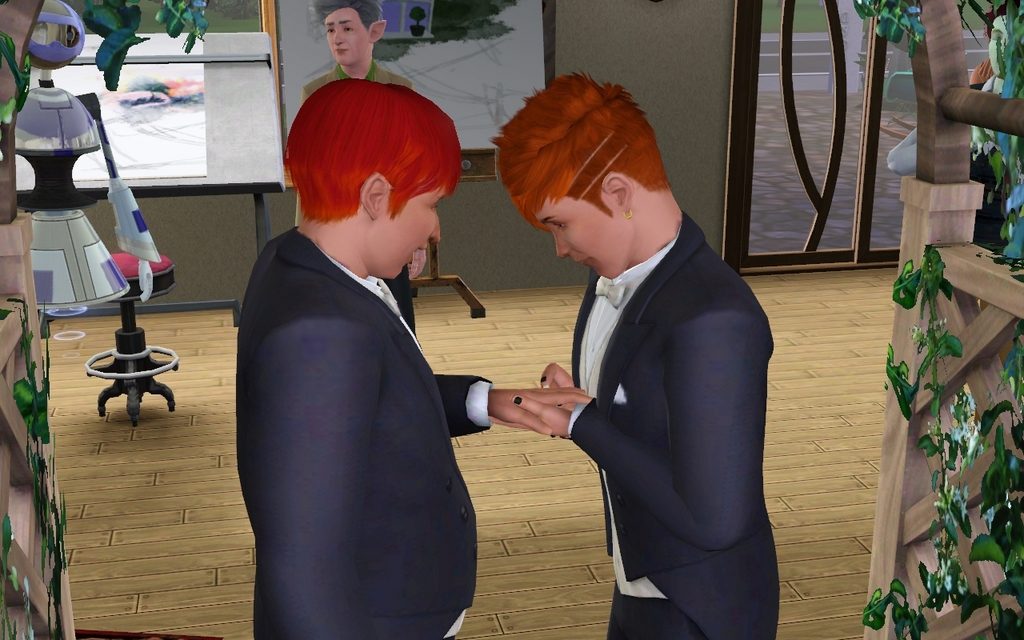 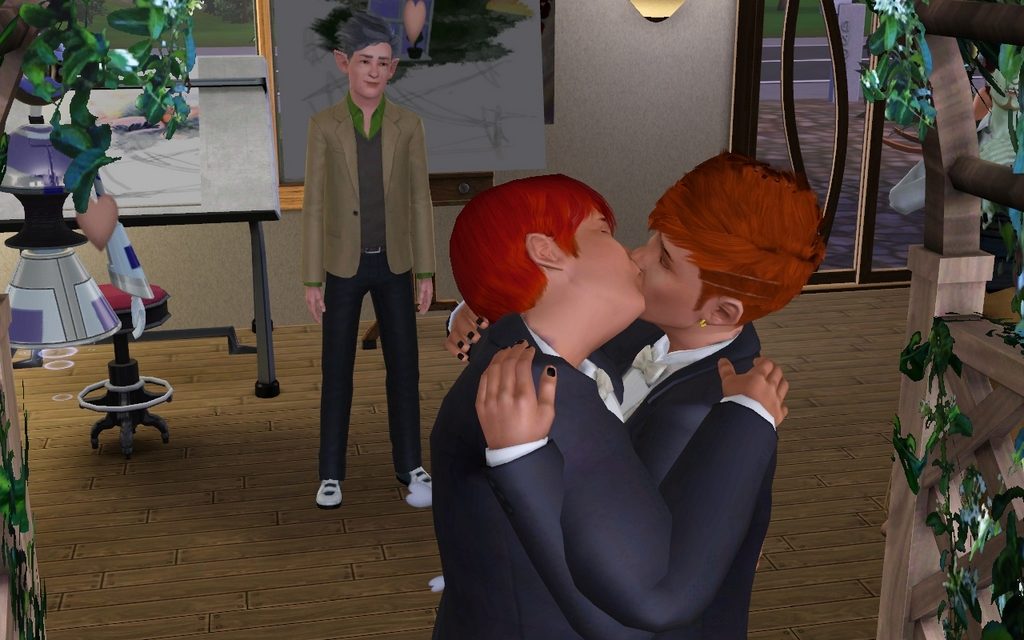 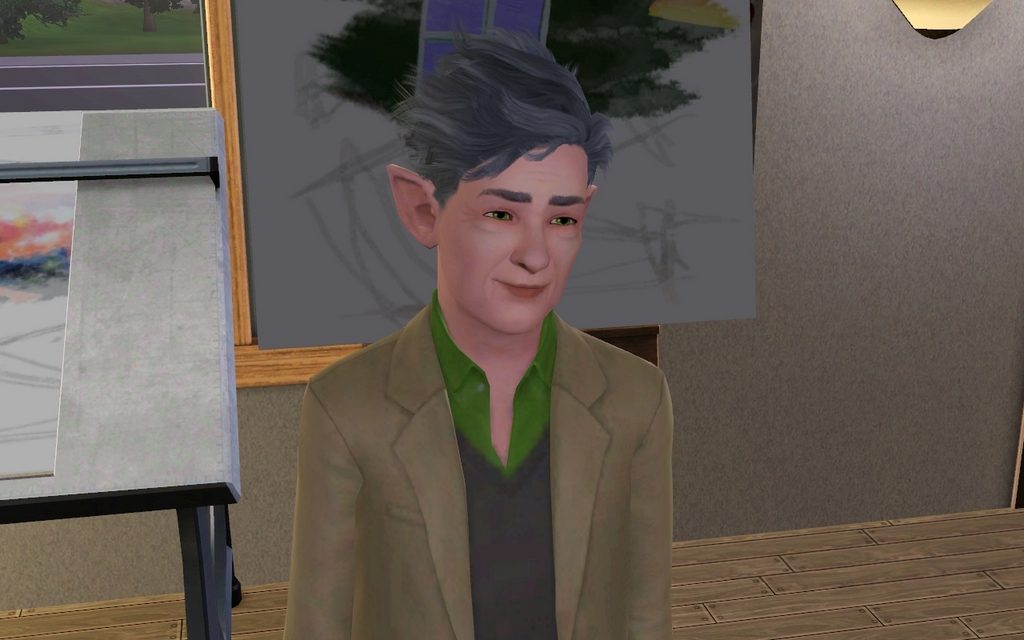 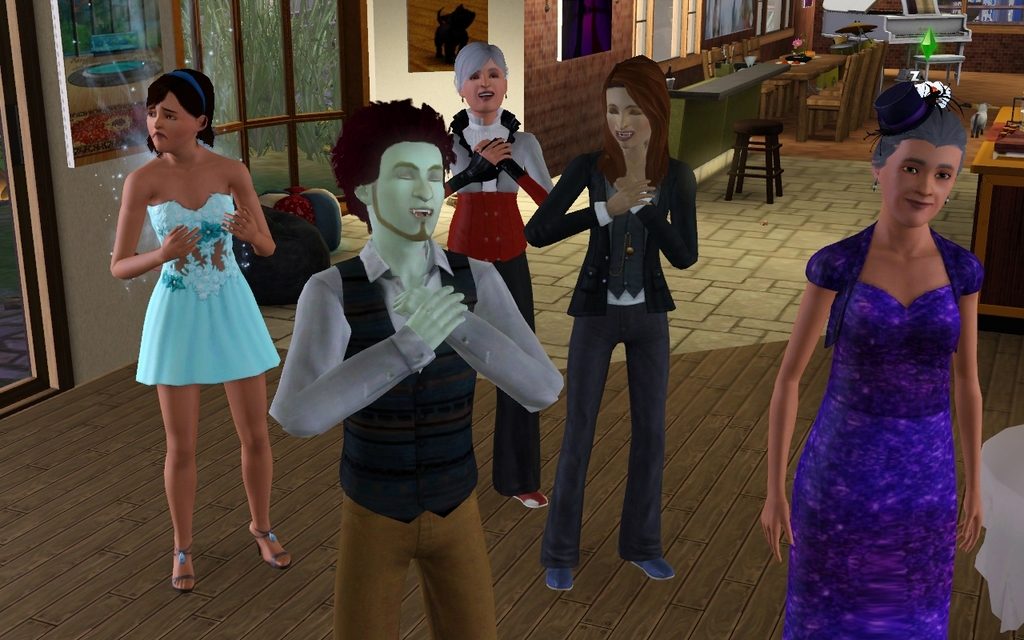 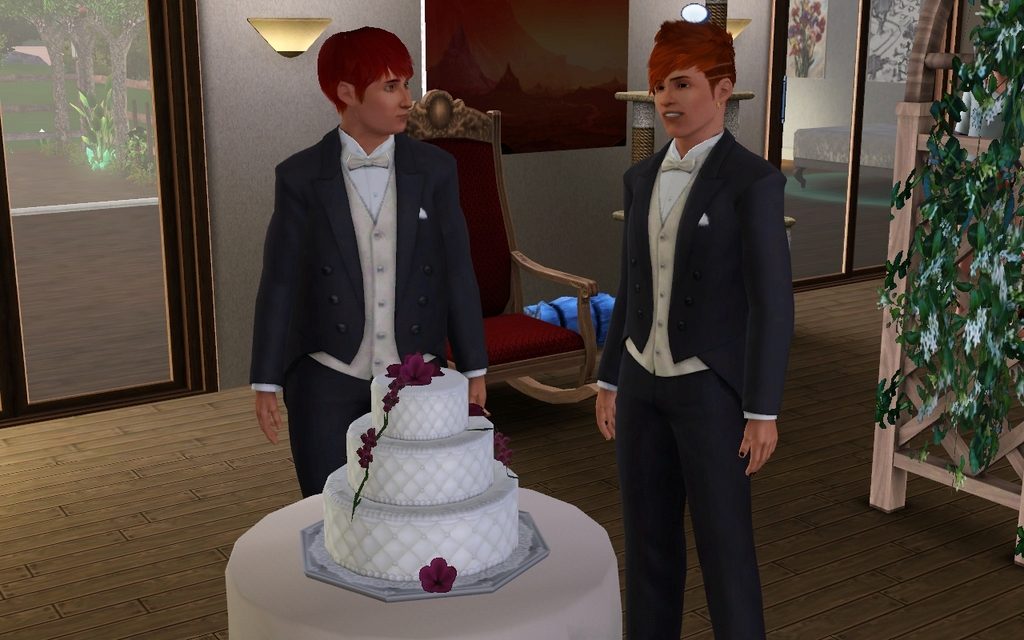 Jan: So after the cake we can have our wedding night? 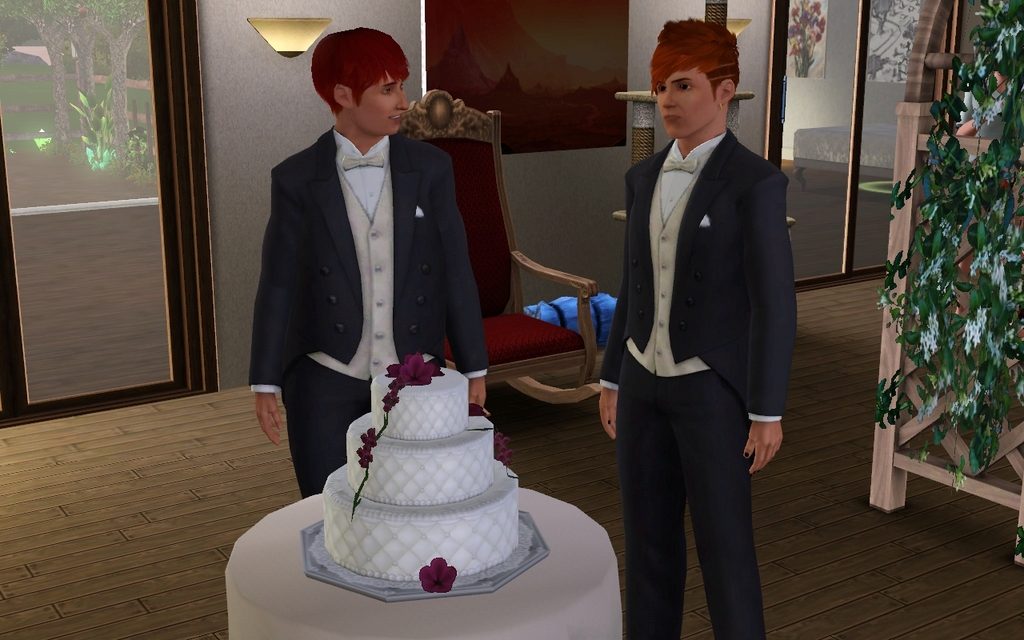 Conall: You think anything is working, after you punched me like that? 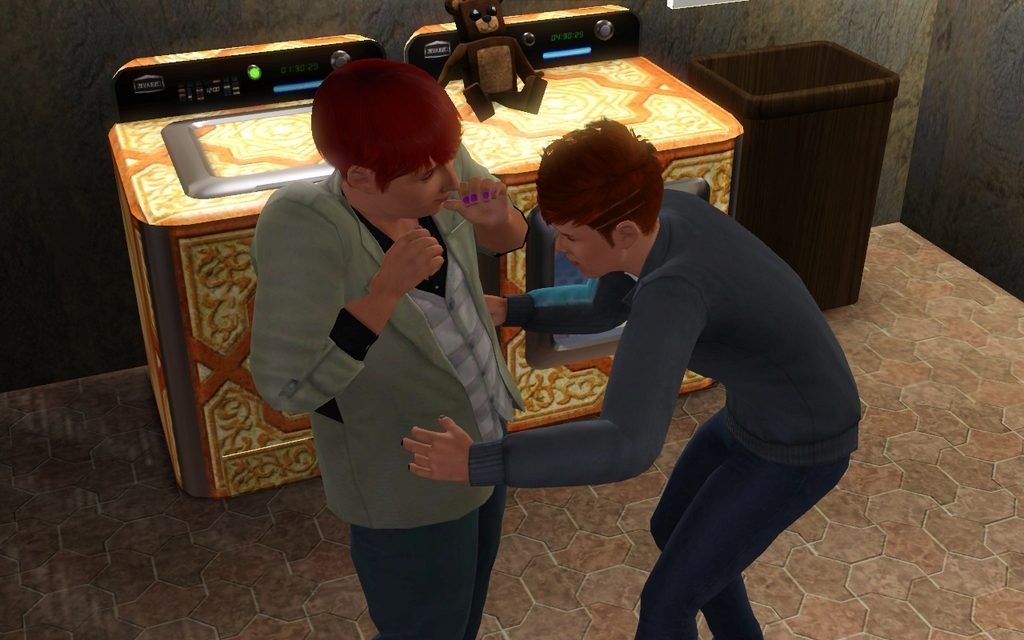 Conall was joking, of course. They got rid of their wedding suits right away.

(I don´t know, where Conall got that nail polish from. I gave Jan the black one, but non to Conall. Perhaps he just wanted to be glittery. We won´t tell him that it clashes with his hair). 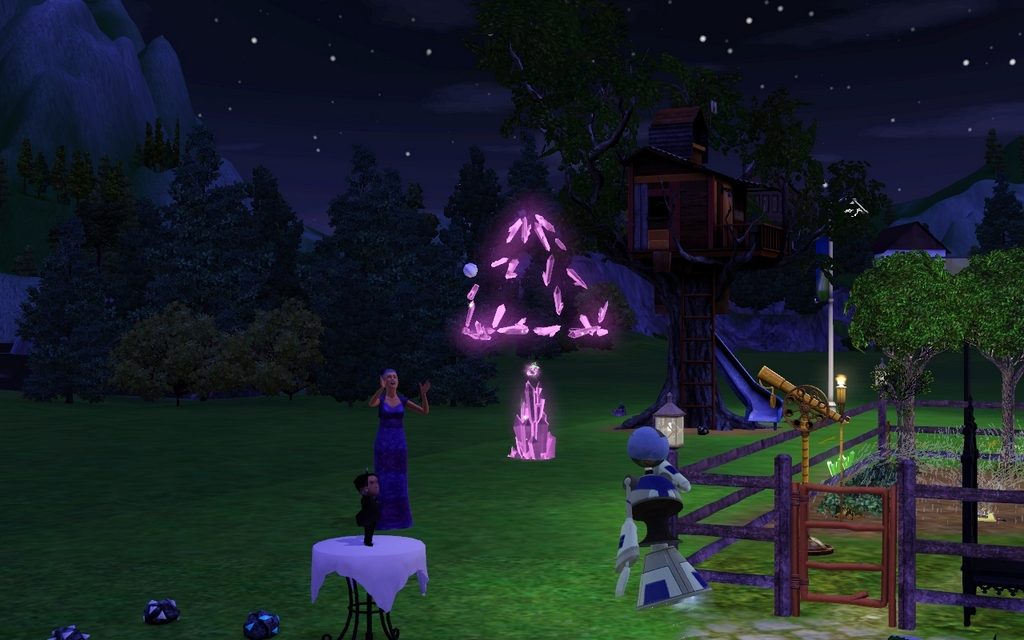 Storm and ELIZA stay to play some catch. 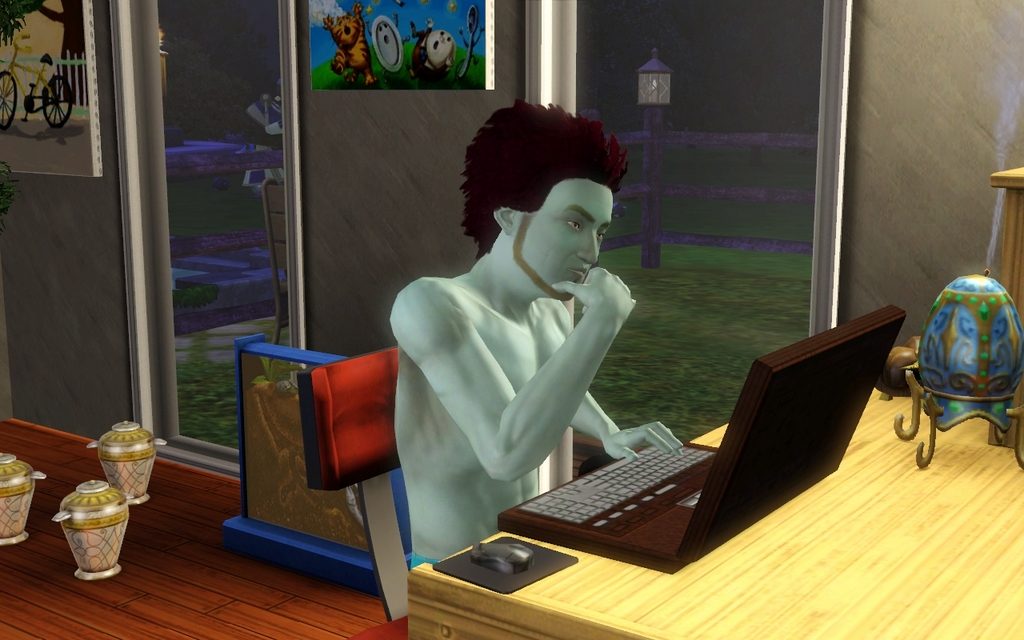 Miles plays in the sprinklers then spends the night on the computer. 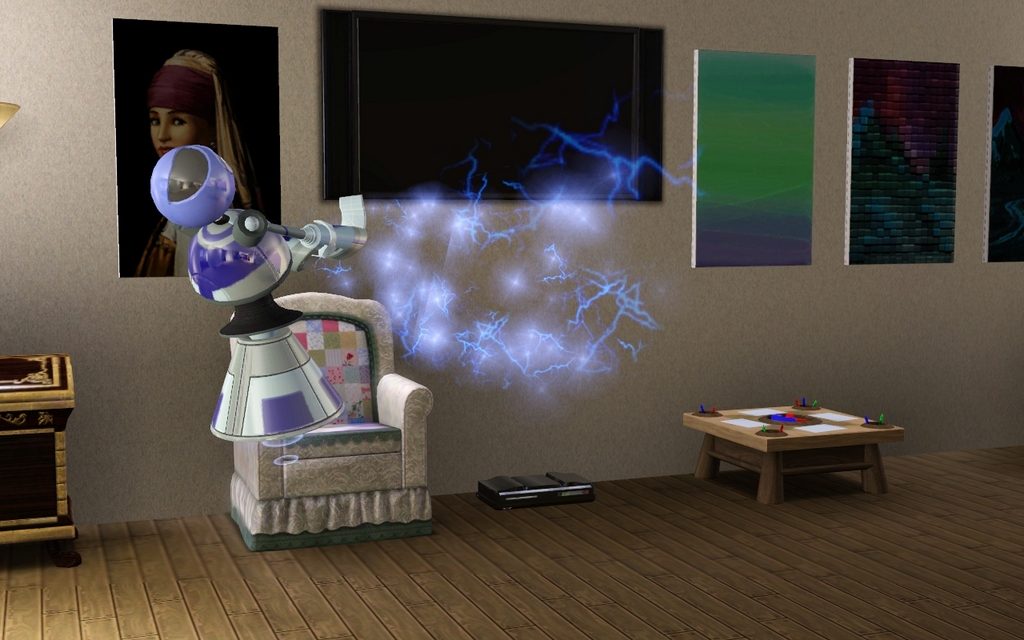