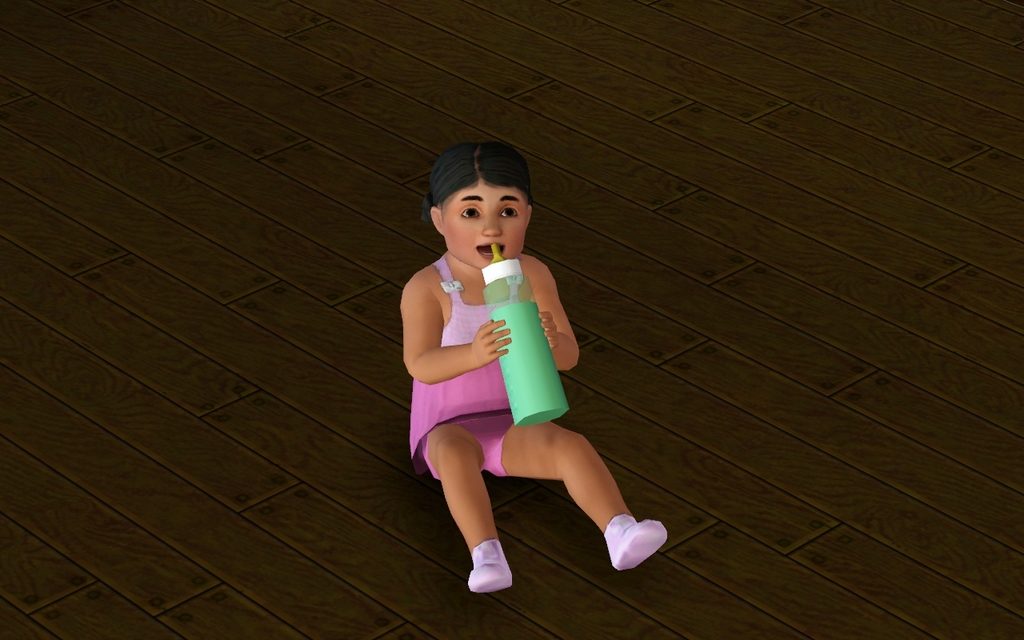 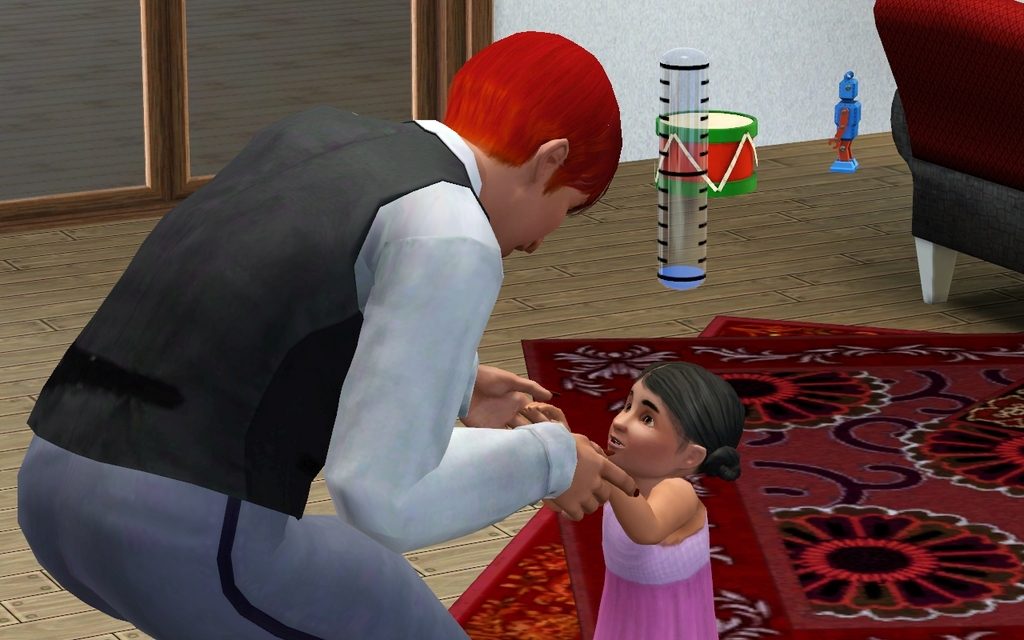 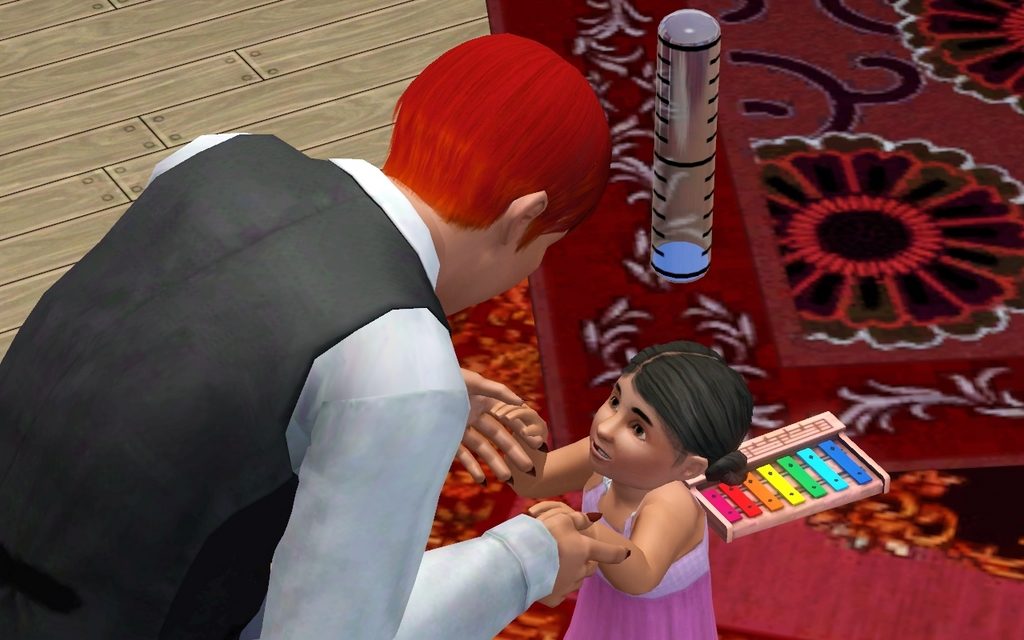 Conall is not family-oriented, but he always dotes on every toddler in sight. 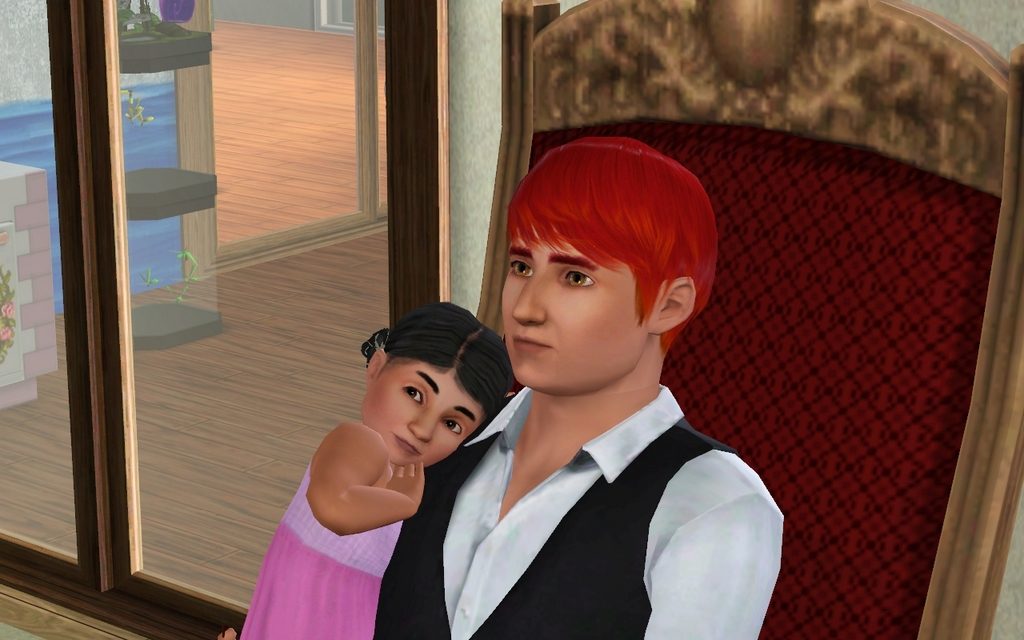 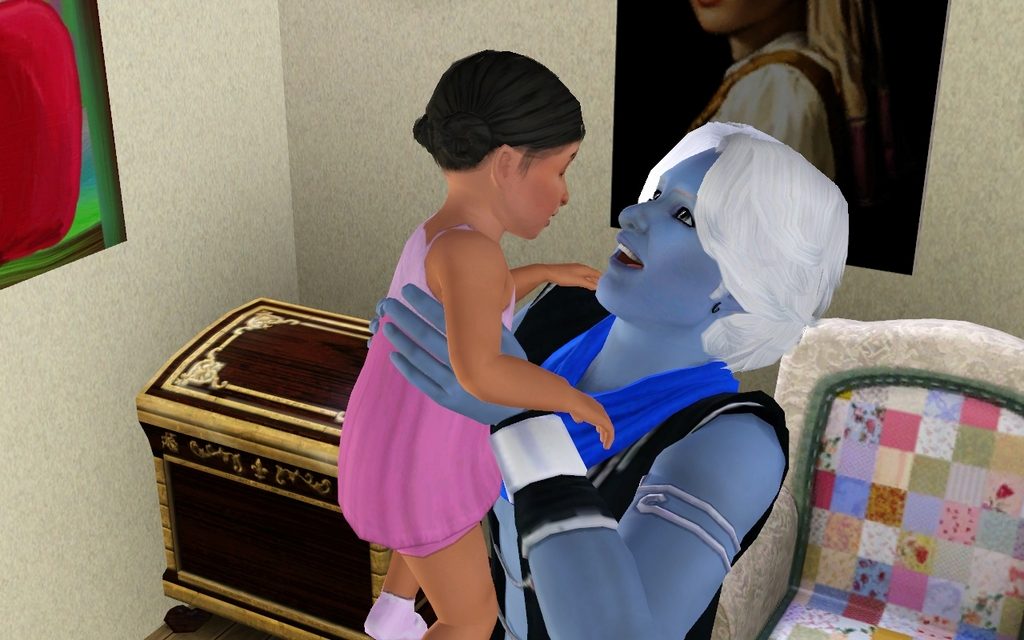 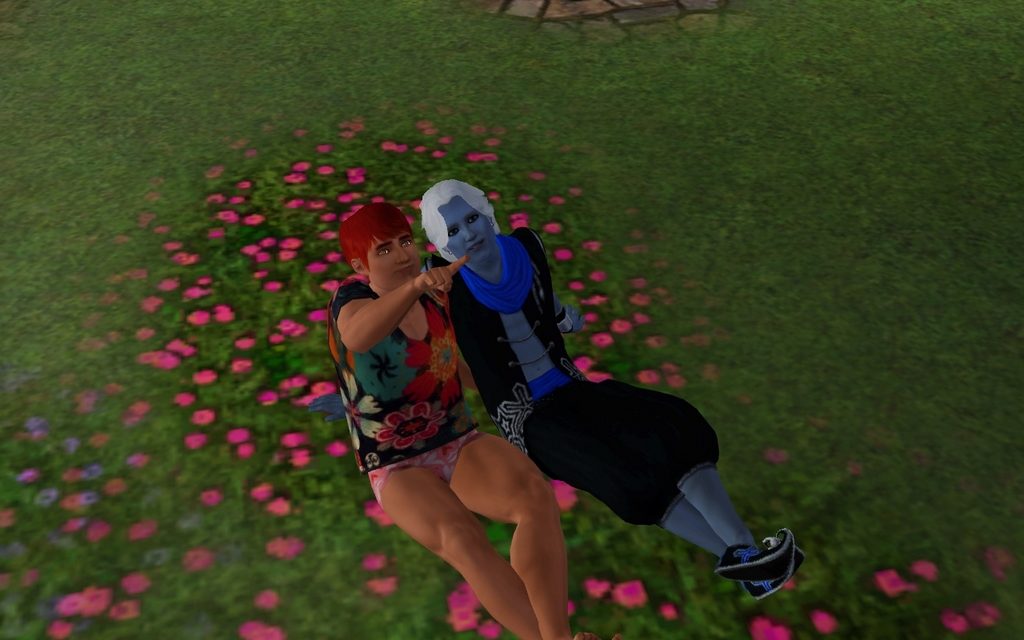 He also continues to flirt with Conall, even if he isn´t pregnant anymore.

Fiancé! Exactly! You are engaged! My sims are shameless. It´s probably my fault. 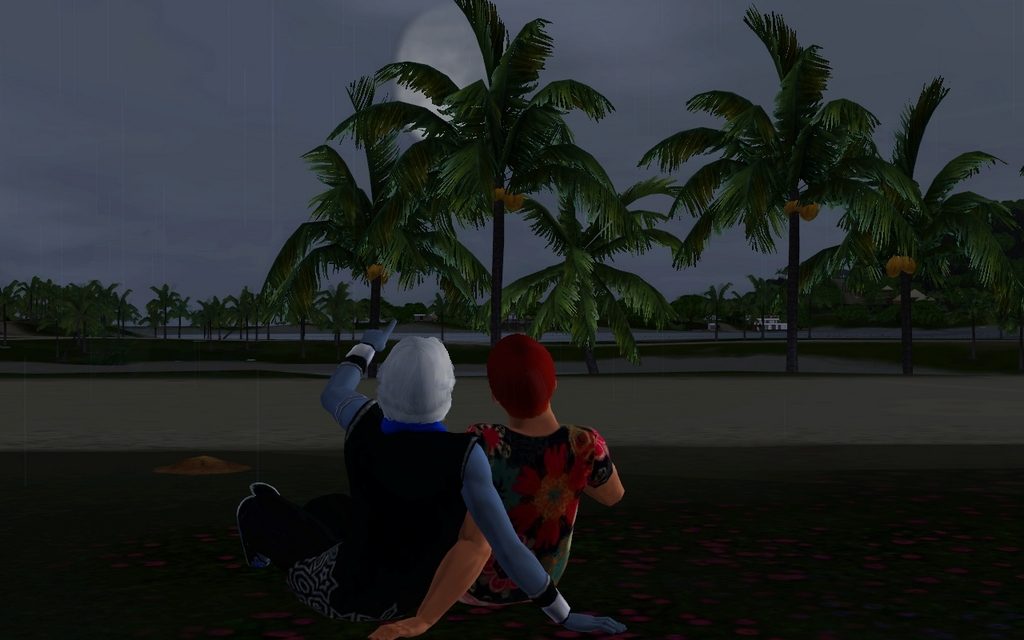 They just watched the stars, though. Or the moon, as it was. 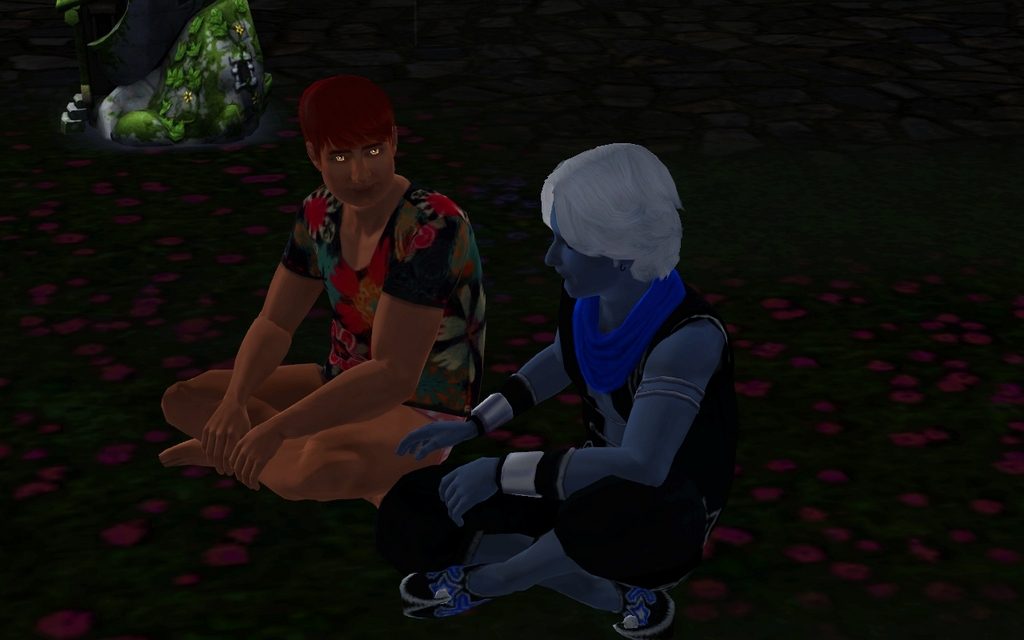 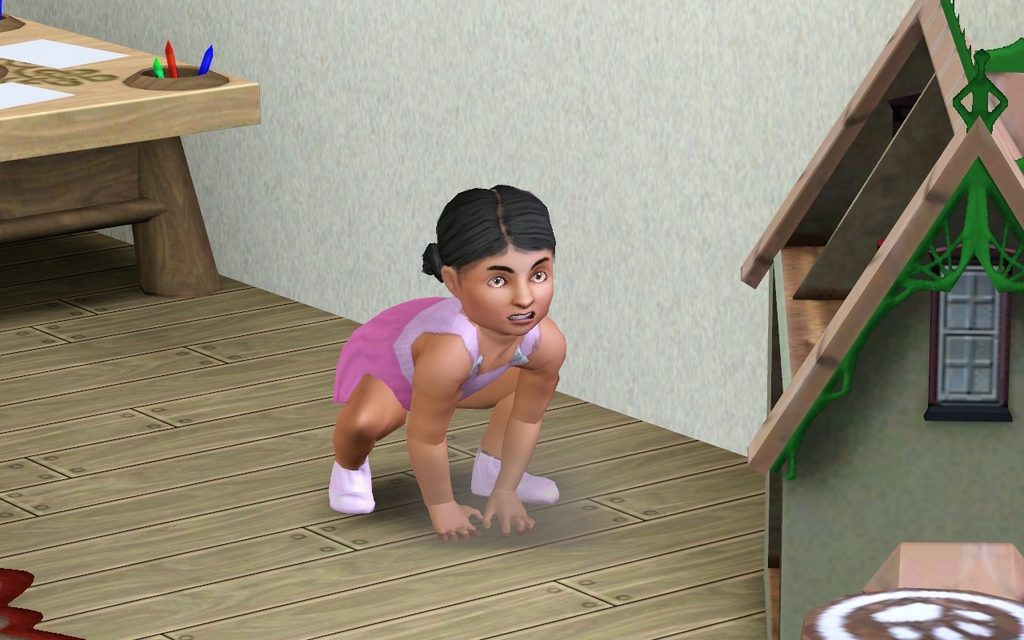 Carol trains to be a good huntress. 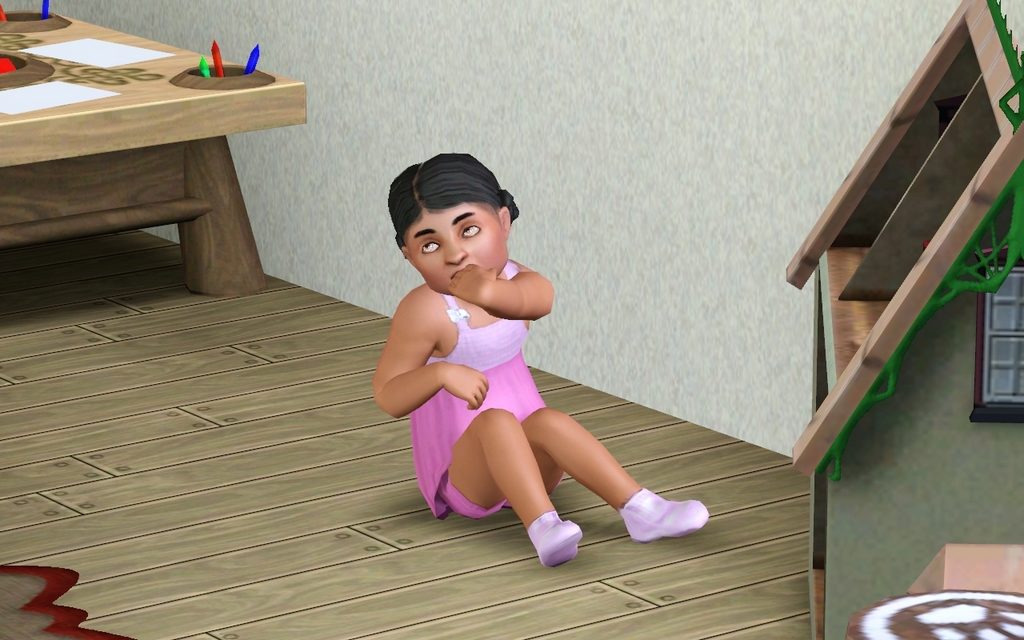 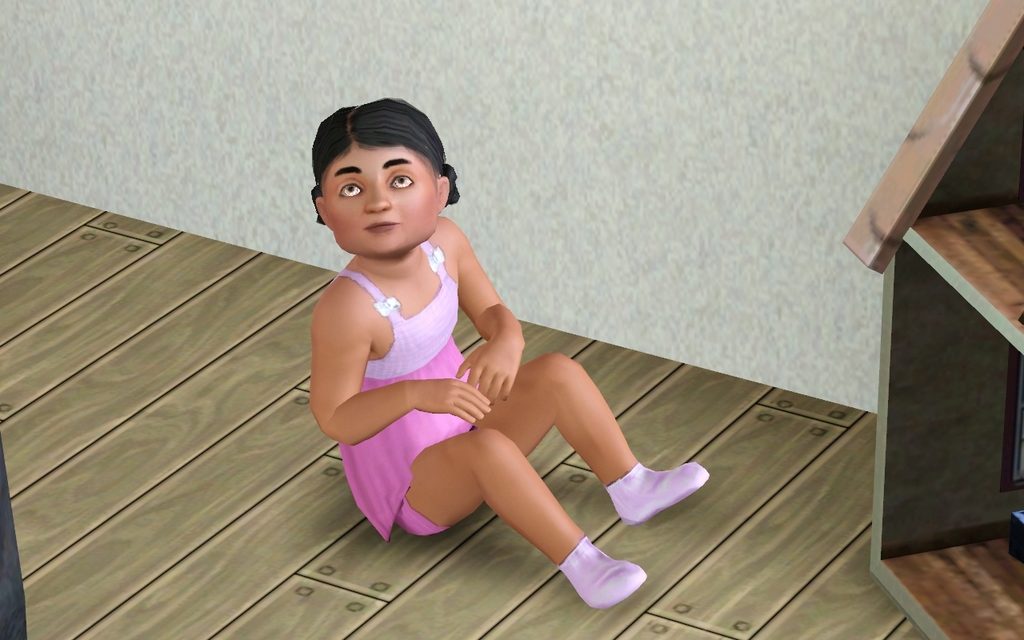 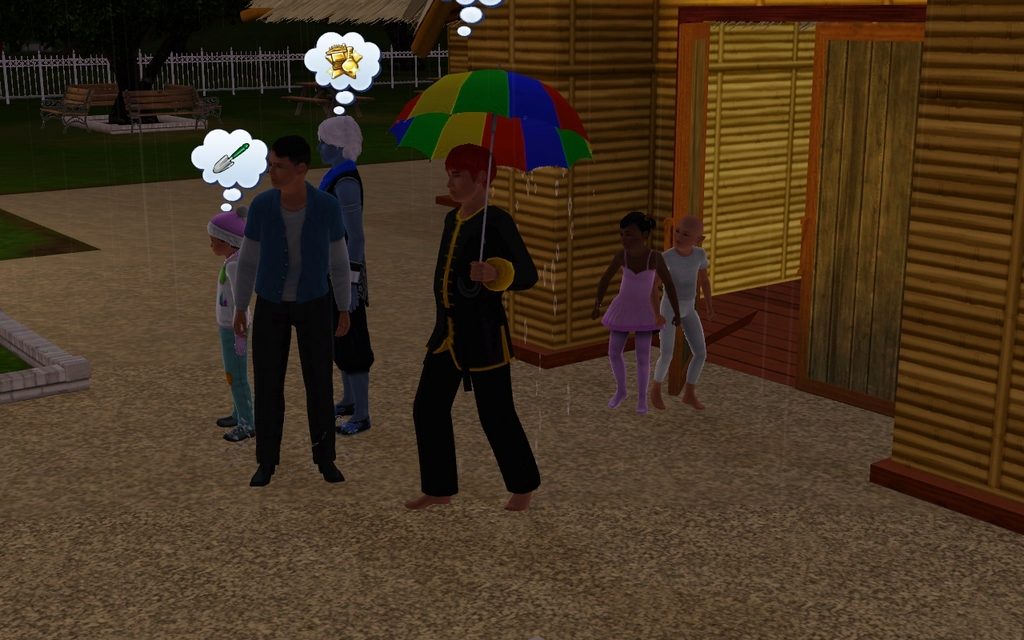 Some of the kids have a ballett show or something. The whole family goes, but they leave Carol for some reason, prompting the game to send a babysitter.

He stands outside the whole time. Wonder, why. 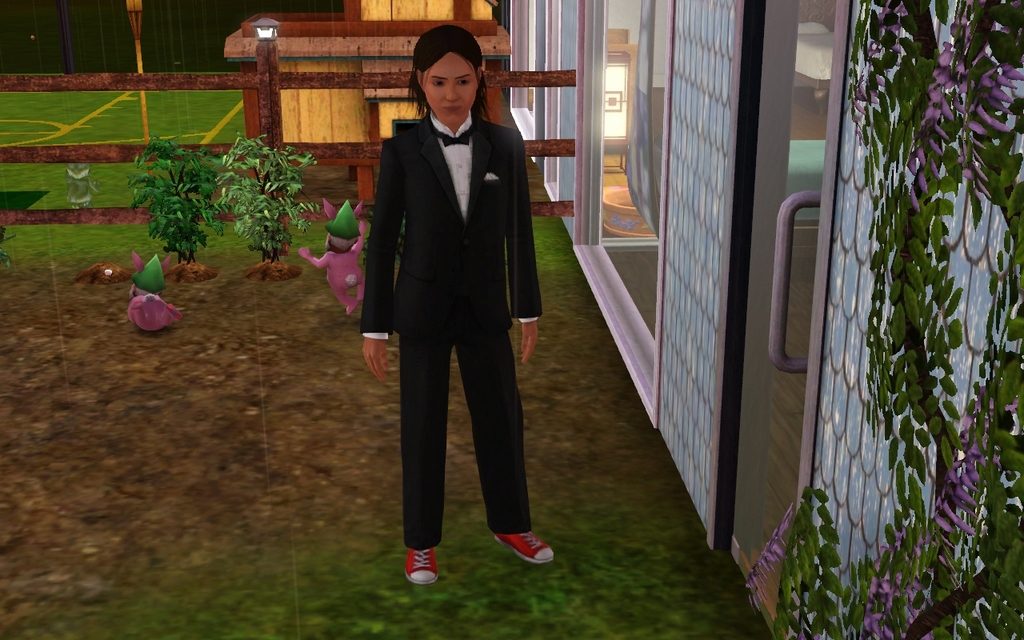 Babysitter: I´m not going inside. Nope. 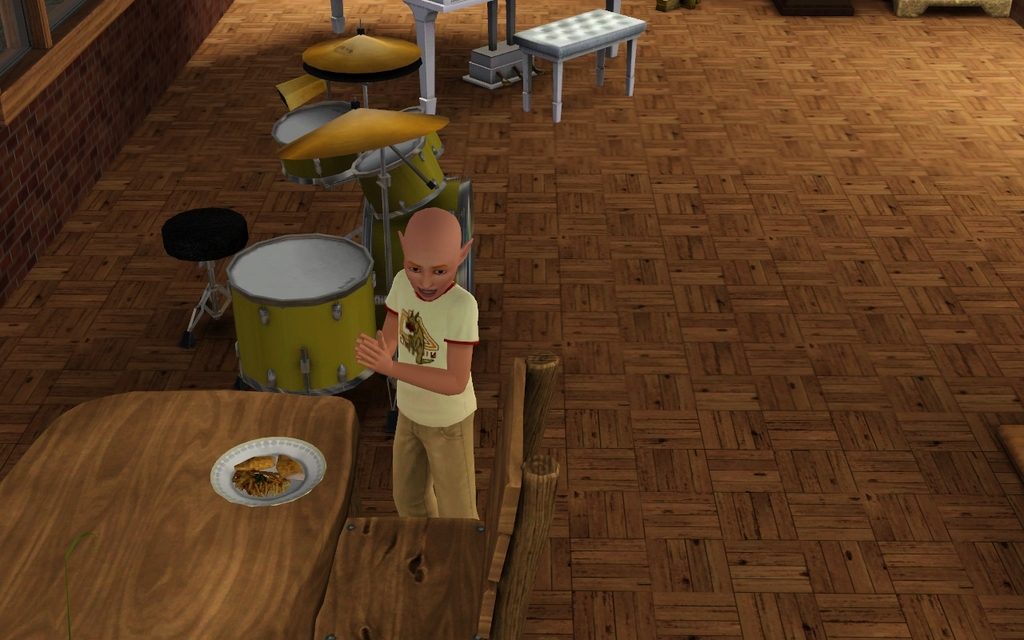 Time for some birthdays. First is Thanatos. 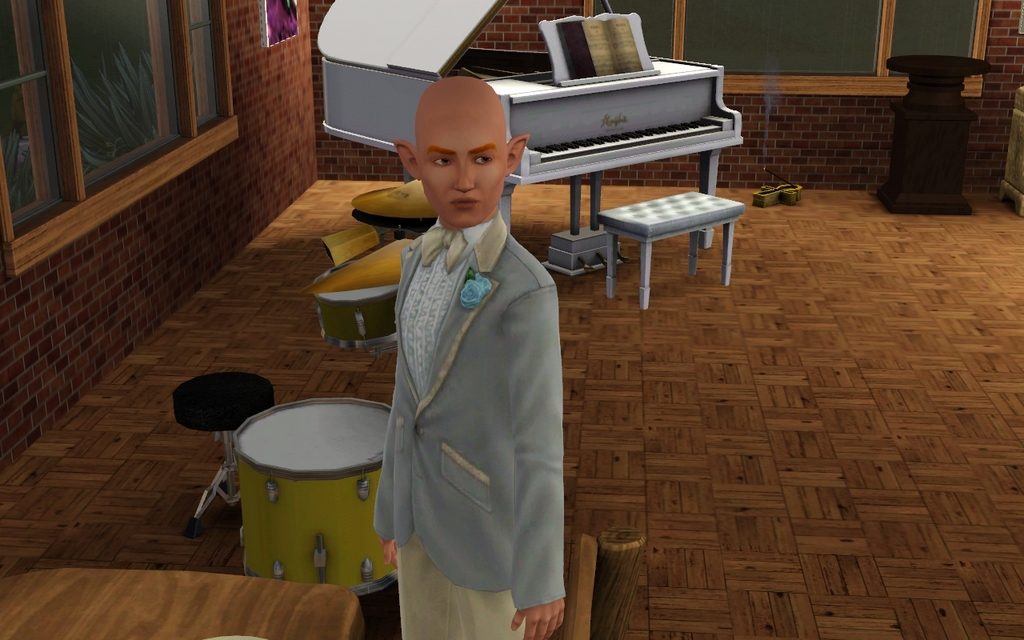 He rolls perceptive. Still no hair. 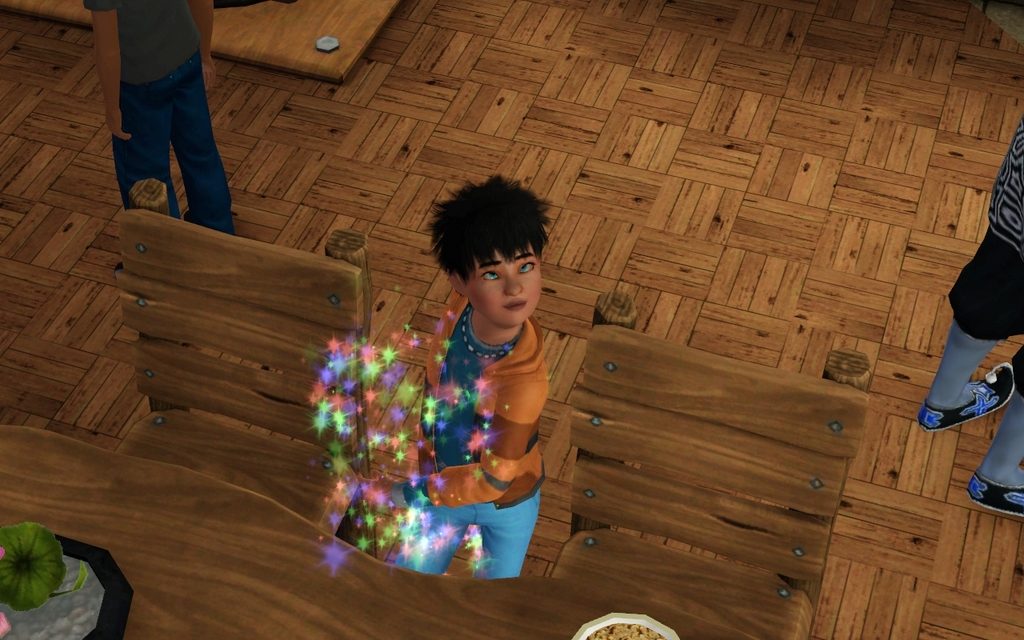 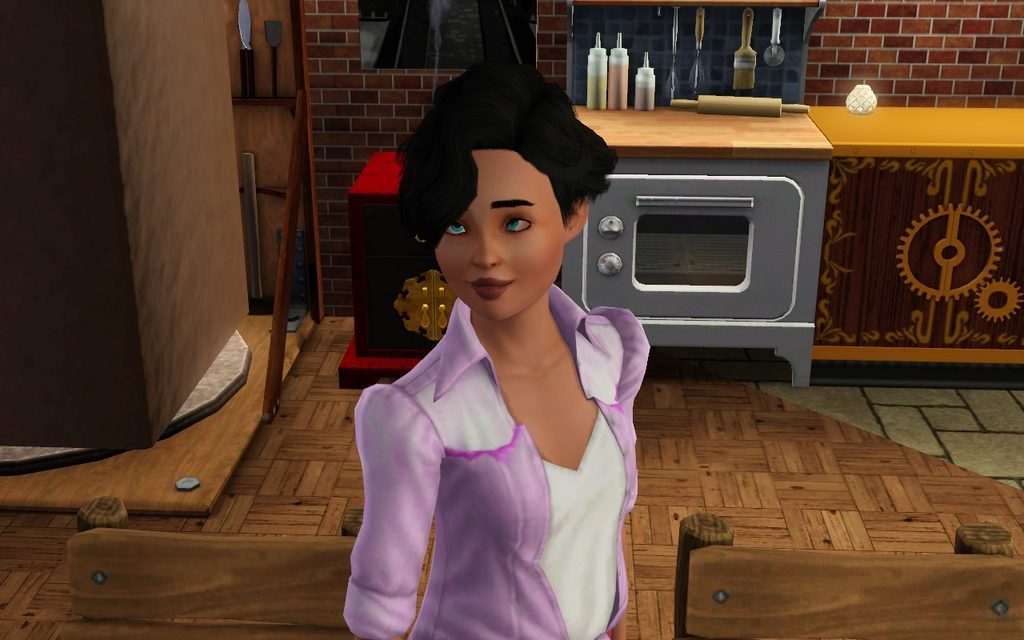 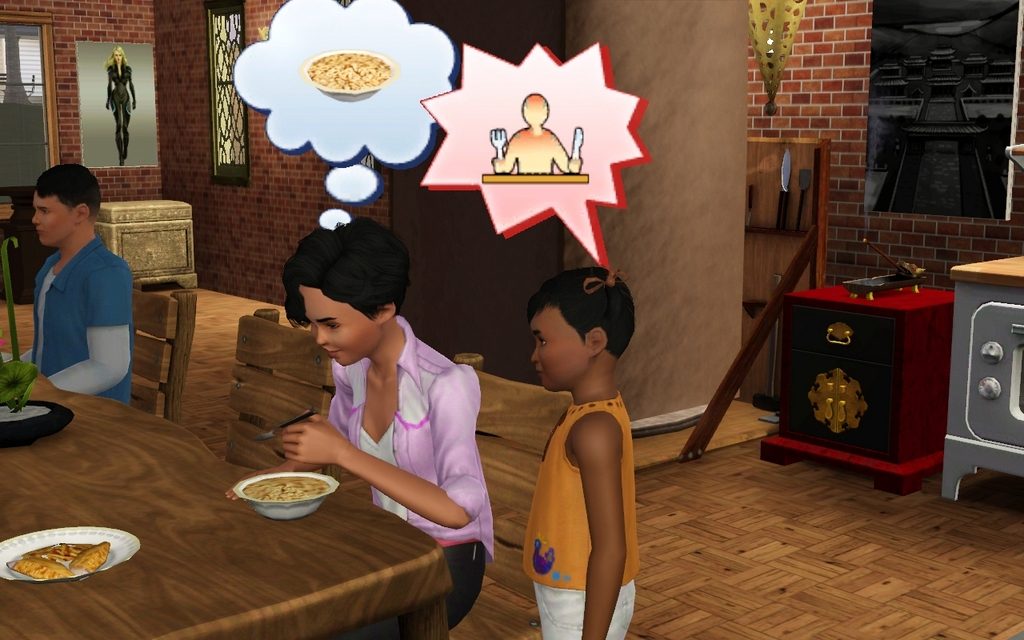 Bryony: My cereal. Take that plate over there.

She does, after a while. 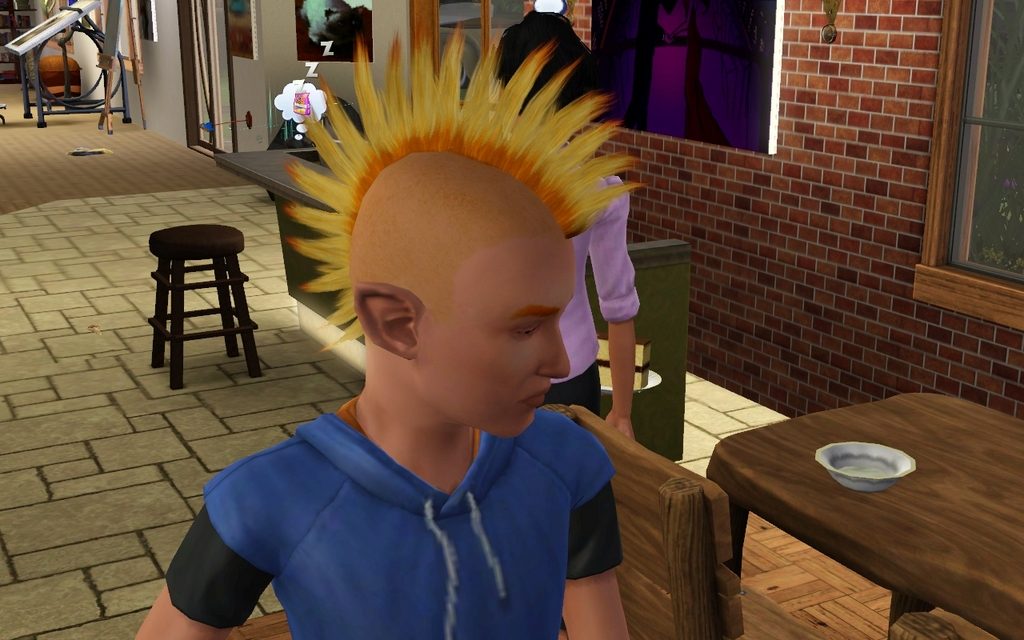 I gave Thanatos hair after all. He looks really good without, but his haircolour is too awesome to hide. 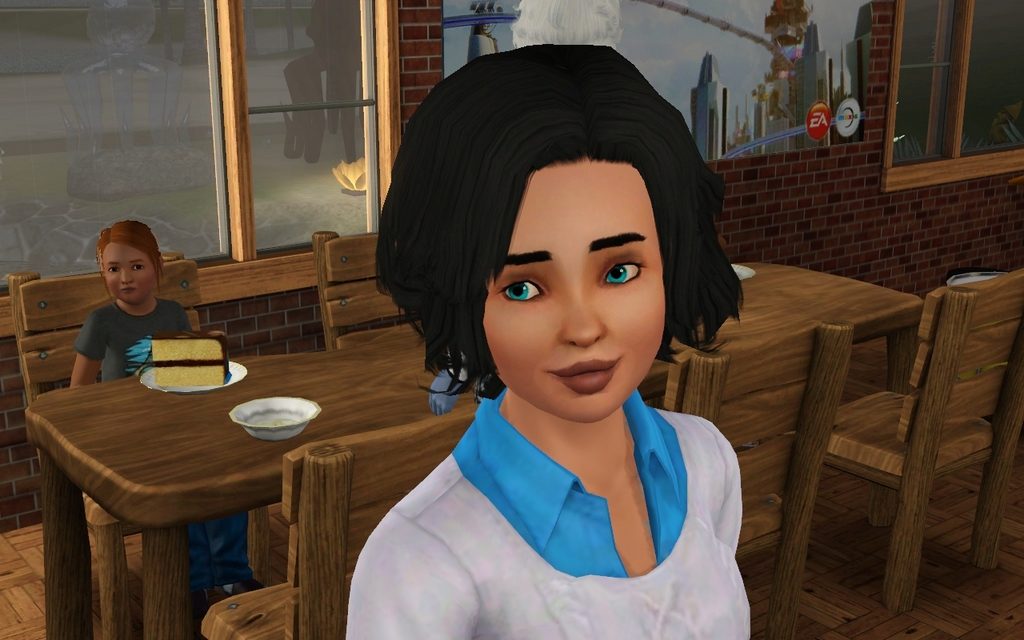 New hairstyle for Bryony as well. 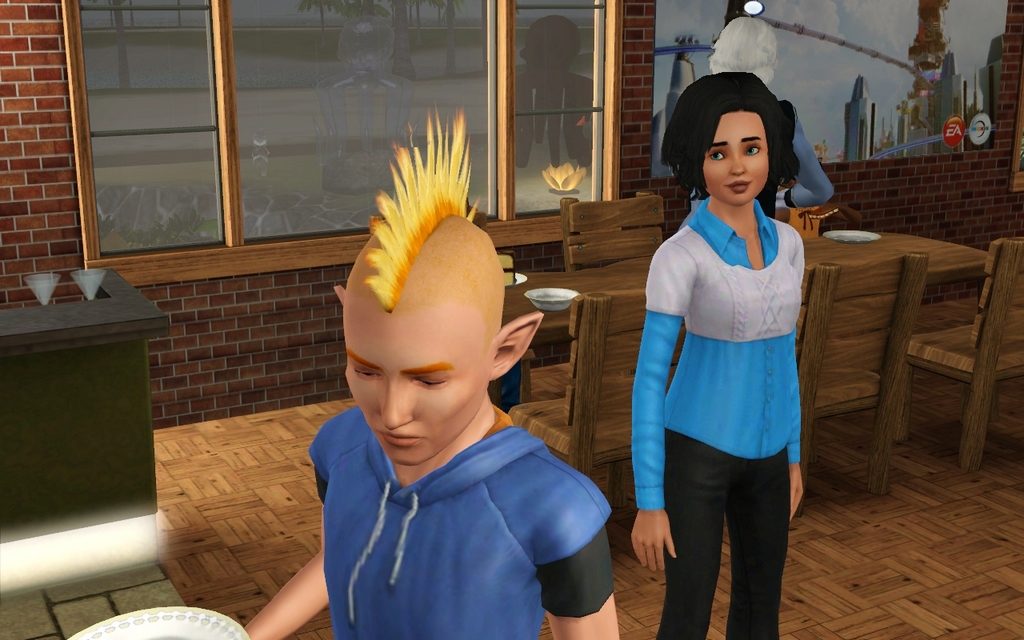 She looks rather longing at Thanatos. As this is generation 10, they can do whatever they want, as far as I´m concerned. 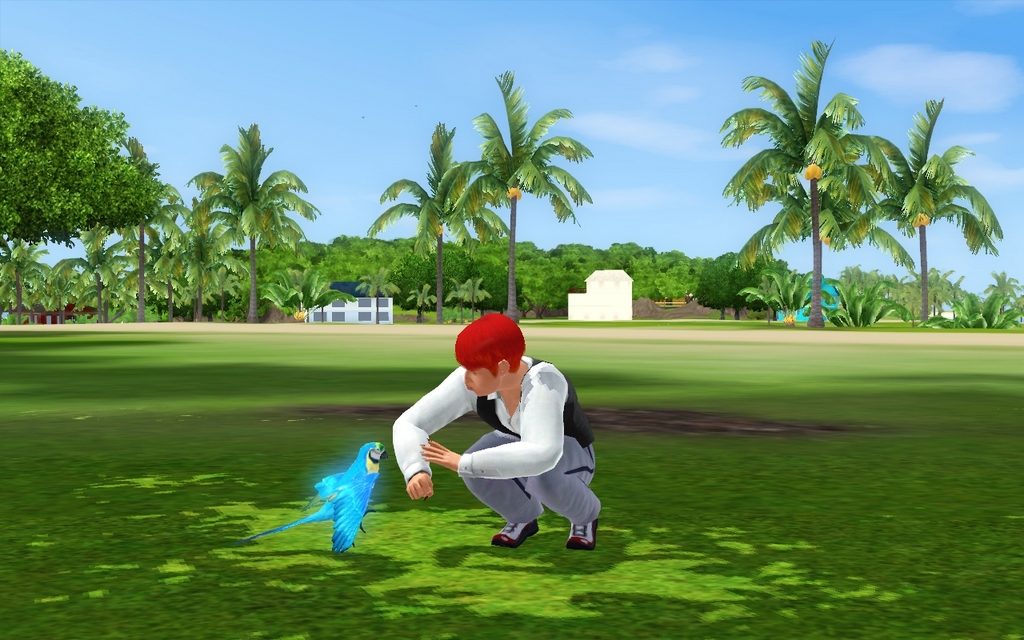 Conall tries to befriend this ara. 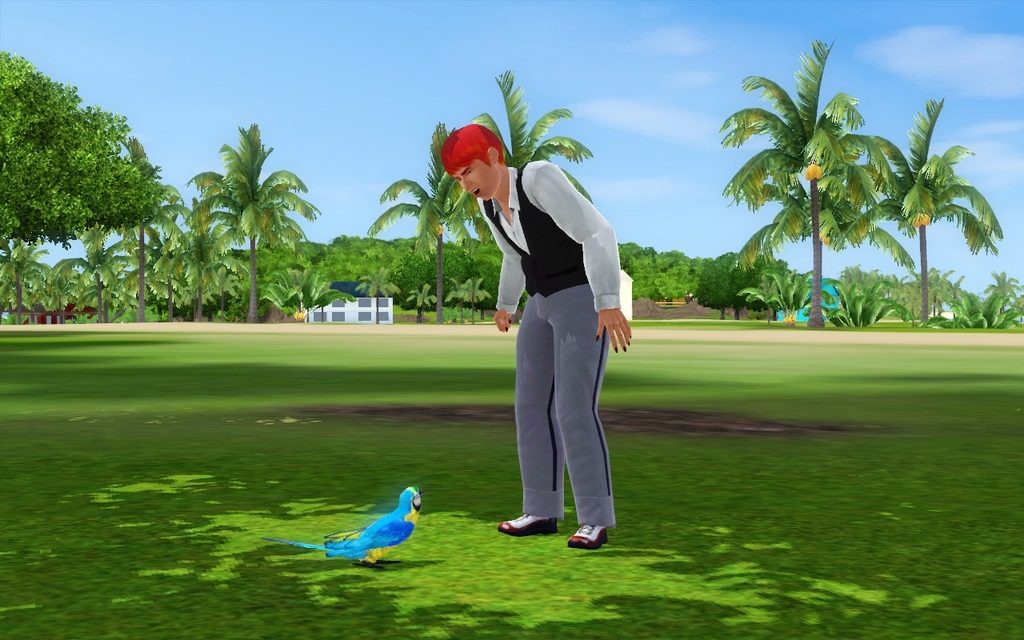 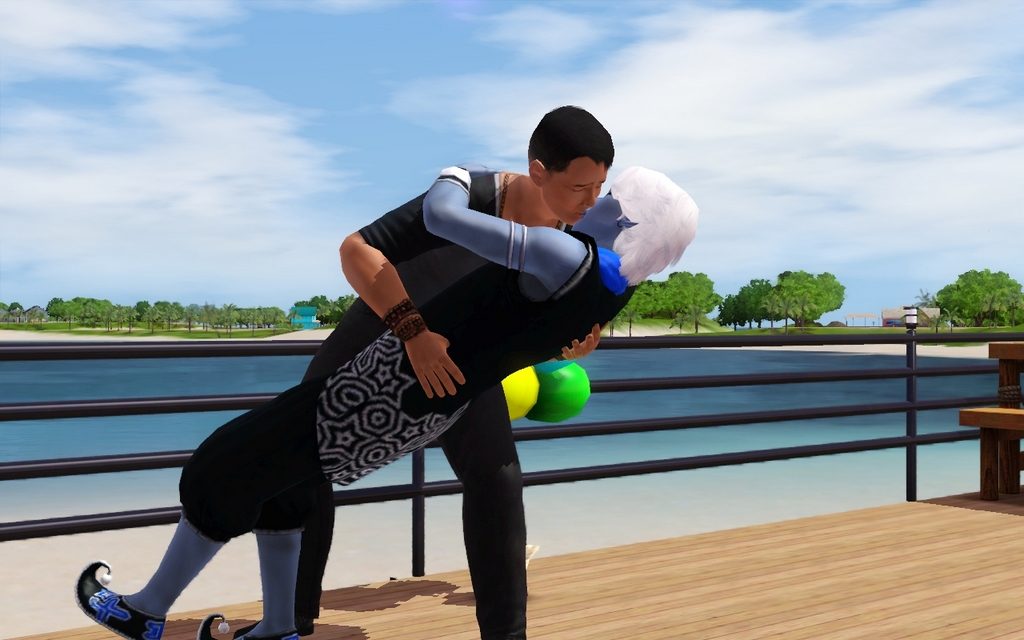 Time to marry these two off.

No time for a big party, so they just have a nice date with a private wedding. 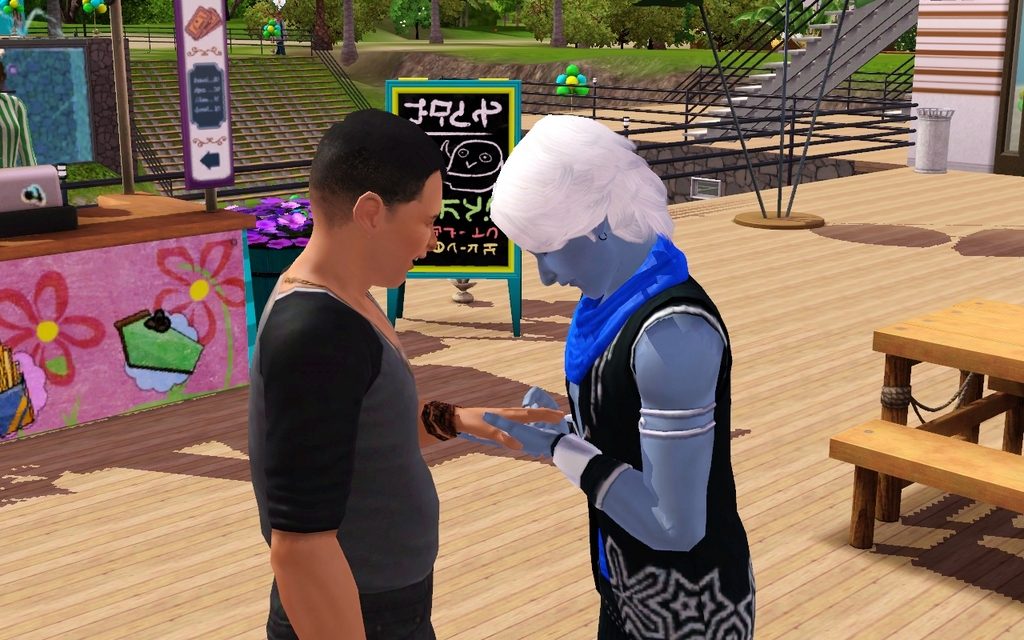 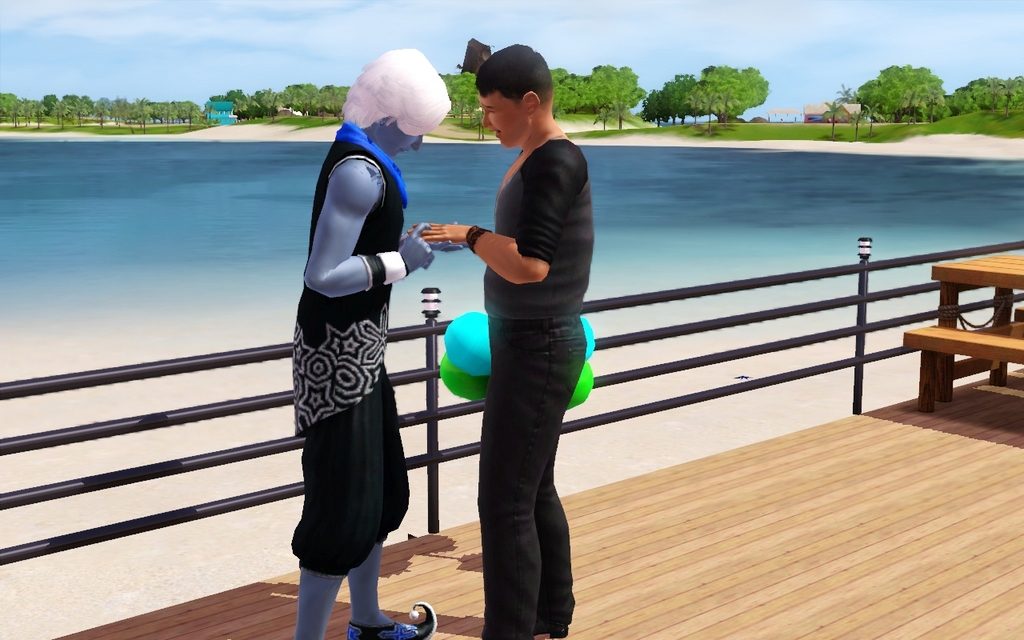 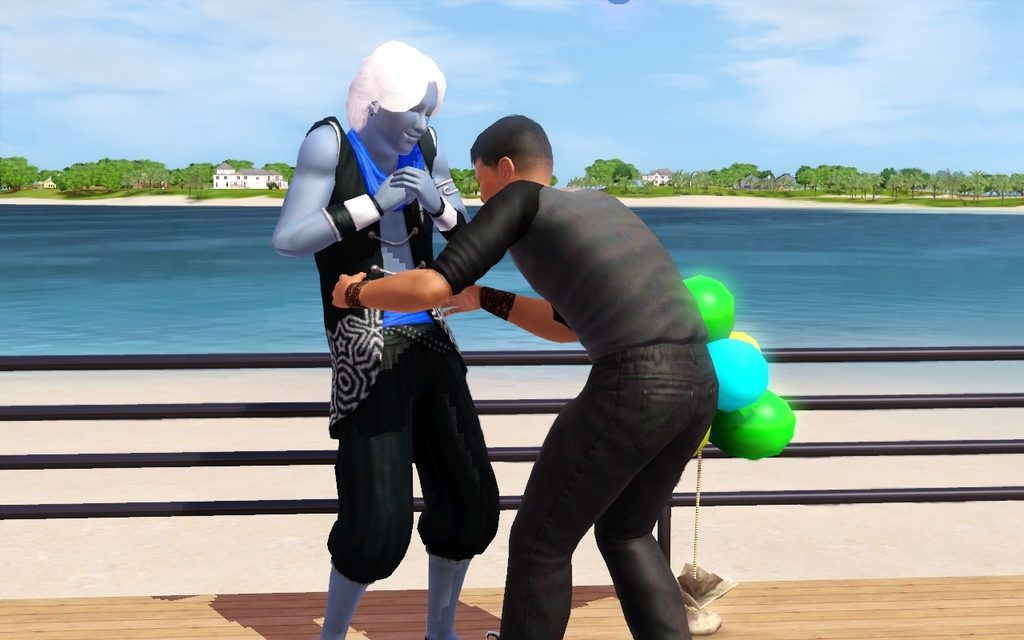 They continue to be adorable. I want them to have a kid, but there´s not really room in the household at the moment (the twins really threw off my plans). We´ll see. 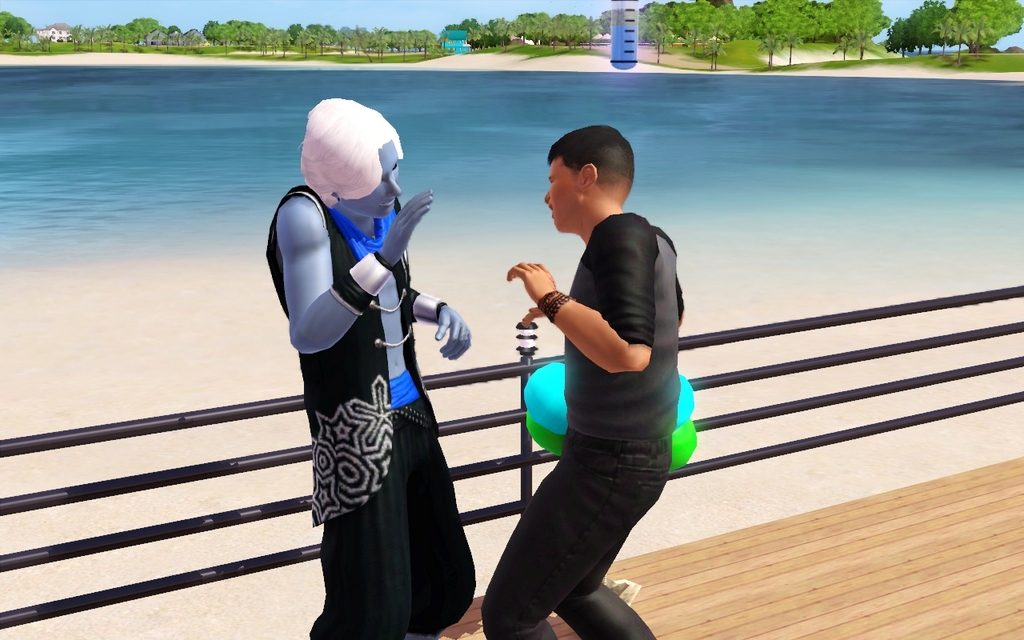